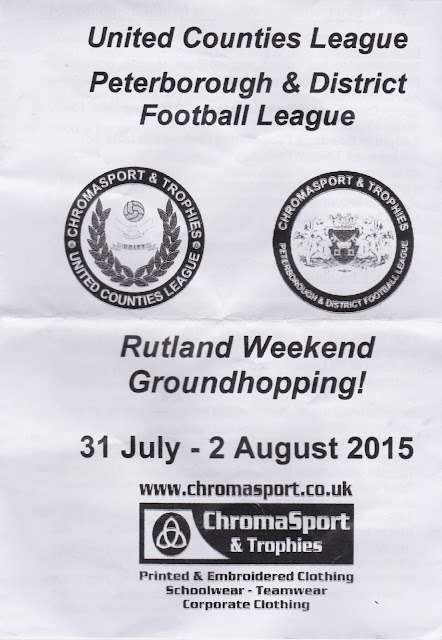 On the Saturday I woke really early, around 5.30am. I watched last night's Coronation Street and caught up on Facebook before having a bath. It was around 7.40 when I left the room, as it was only a continental breakfast at my hotel, I decided not to bother and started to make my way towards the game. 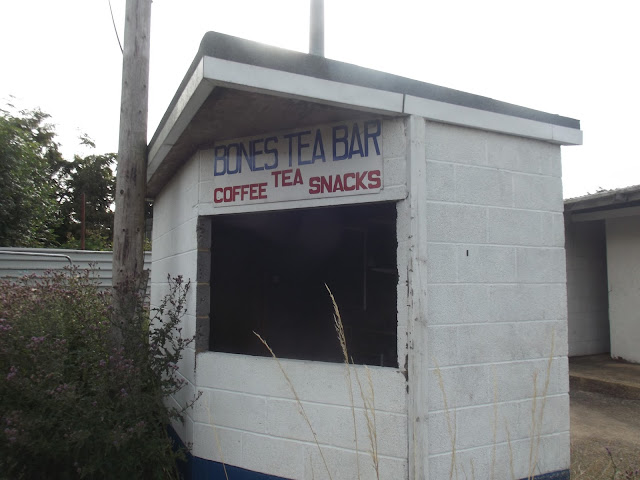 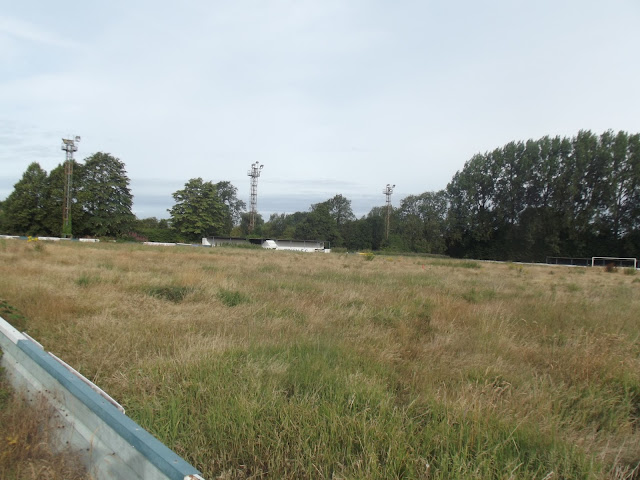 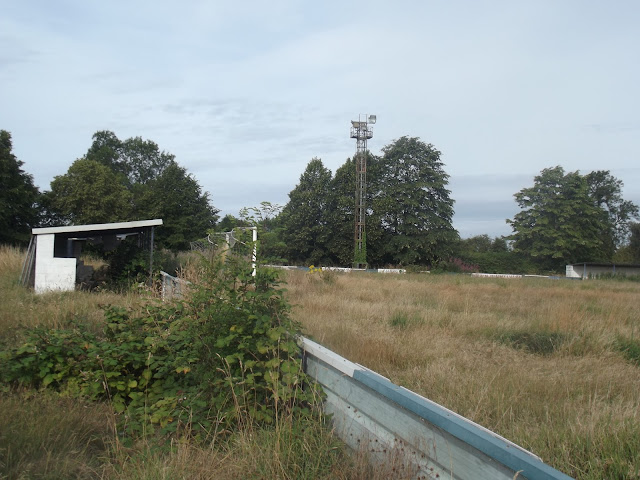 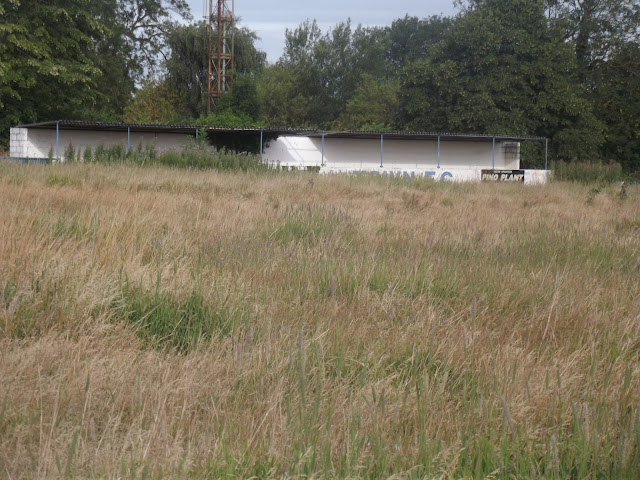 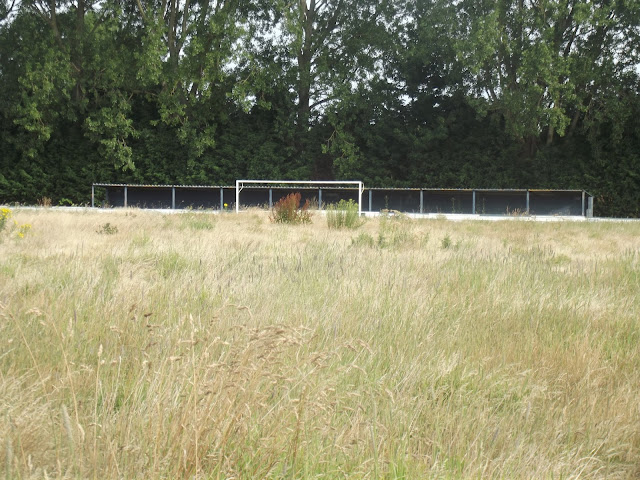 First I navigated towards Rothwell Town FC's ground to see what was left of it. The club buildings were all wrecked but the stands and floodlights were all in tact, albeit with overgrown weeds and grass all over them. I decided to leave nearby Rothwell Corinthians and Desborough Town till I visited for a game. From there it was onto Morrisons for their ever excellent cafe breakfast. I still had time to kill so I went to Corby Town centre. Though I got the batteries in needed, the town itself wasn't great, all run down and a fair bit of brutalist architecture. The town has a huge Scottish popular and I was hoping for a Scotch Pie, but there were none that I could see. 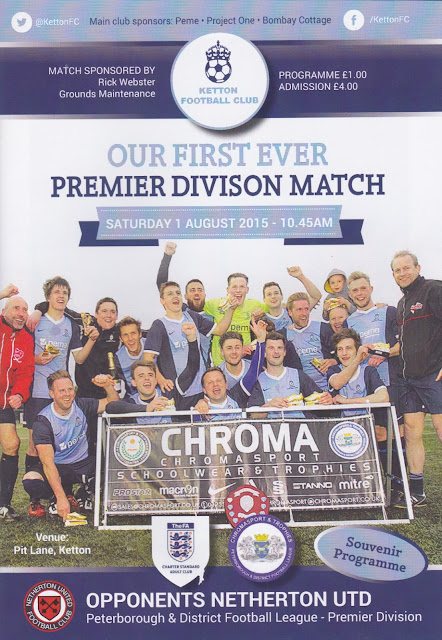 I drove to Ketton, arriving at 10. I went in my boot and was annoyed to see that my German cider had leaked all over my clothes where the top had come loose. Luckily there was not too much gone, but my clothes were still damp. I went in, buying a few programmes off of Rob Hornby's charity stall and chatting to other hoppers before the game. I also saw a nice dog who was lovely and friendly too. 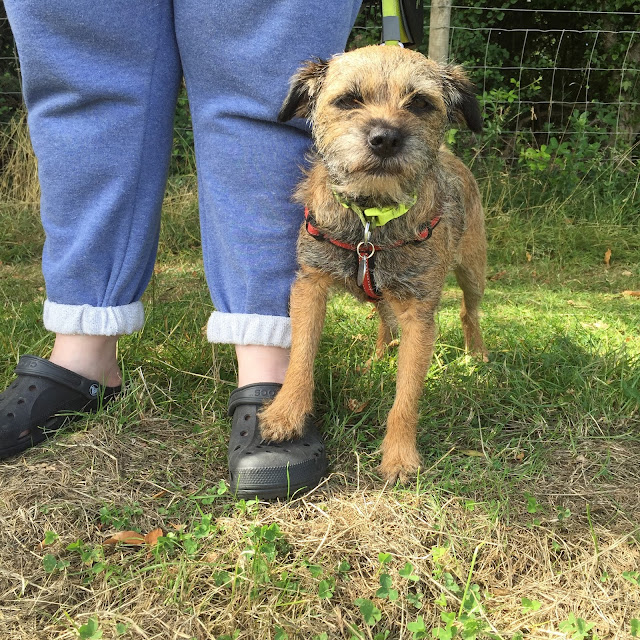 It was a real end to end game, but with the visitors looking stronger. They took the lead on 18 minutes when the Ketton keeper made a hash of a simple cross and a striker was there to slot into an empty net. Netherton came close to extending their lead with a good free kick but it was Ketton that got the next goal. On 36 minutes they headed in from a corner to make it all square. 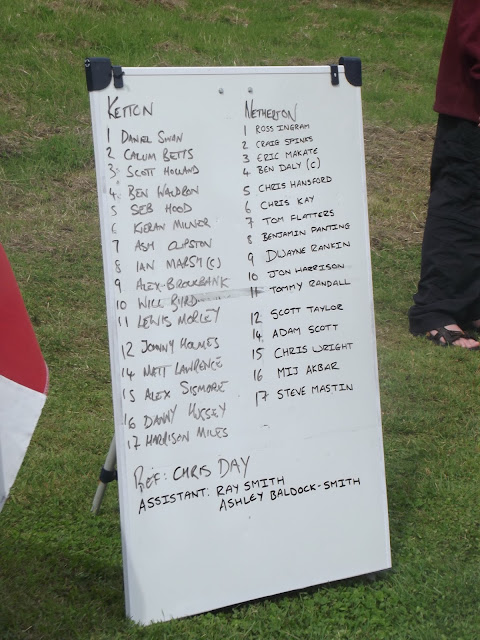 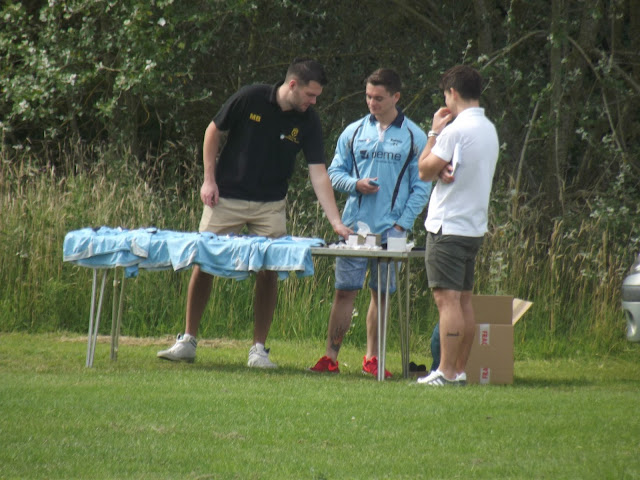 The second half was more Netherton domination. They took the lead on 55 minutes with a close range finish from the other end to where I was watching. Chances came and went but it was back to level pegging again on 85 minutes as a penalty was awarded for a foul by a Ketton player. It was duly despatched to set up a final period where both teams looked for the winner. There was a cracking save from the Ketton keeper as he tipped a shot around the post, right at the death but in the end both sides has to settle for a draw. 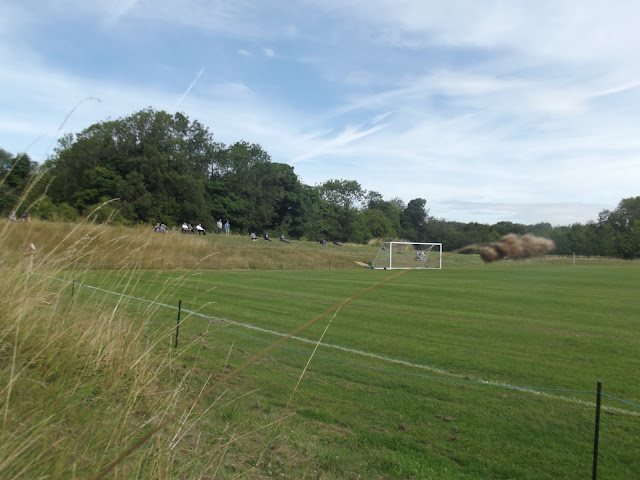 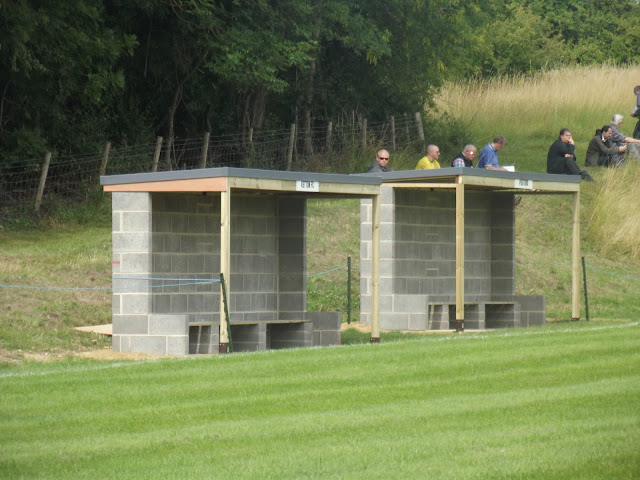 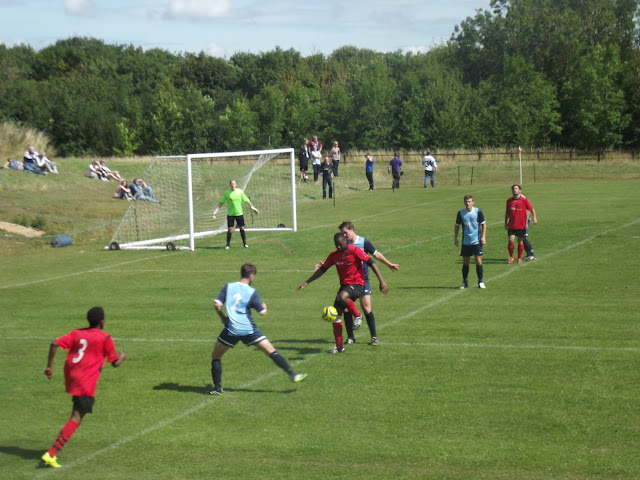 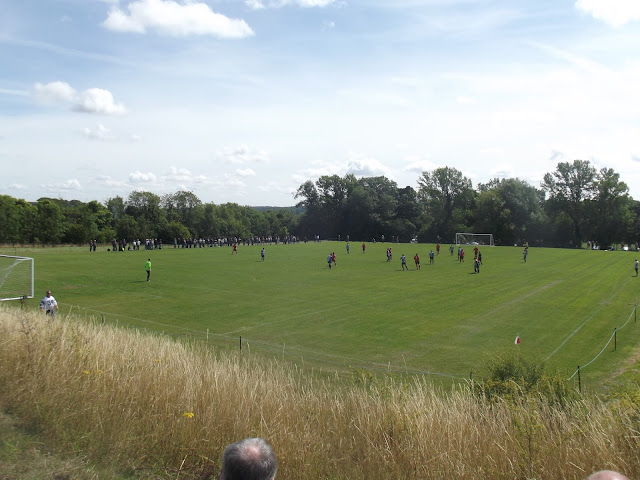 It had been a good game in a nice pleasant venue. Though I don't normally go for 'fields' ie pitches with no stands, this was a really good one. With lots of banking around the pitch, it was easy to get a good view. The setting was nice and peaceful too, well worth a visit to this friendly club if you are in the area. 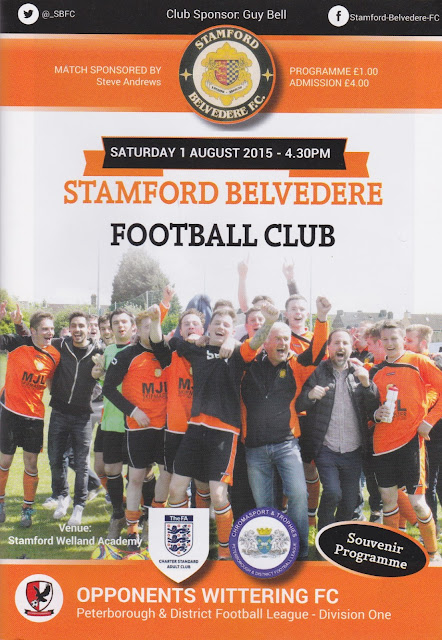 After the Blackstones game I needed to get some cash out so I went to Morrisons to get some out. I noticed my phone needed a charge so I sat in my car until 10 minutes before kick off. I was sceptical about what sort of venue it would be, being at a school but it wasn't too bad. There were nice background views if you stood watching from one side and there were a couple of signs up indicating the club played there.

It was a good strike on 18 minutes that put Wittering ahead and on balance of play it was deserved. They further extended their lead on 24 minutes with another good goal from range. The visitors were much the better side with Belvedere only threatening on the break. Just before half time they made one of these chances count. Their number 9 was impeded in the area, he still got a shot away though after the ref played advantage. However he pulled play back and the spot kick was fired away low to the keeper's left hand side. This made them pick up the pace and they could have equalised moments later.

I was chatting to fellow hopper John at half time and he was like me in that he doesn't really enjoy fields as much. The third match of the 4 on hops always seems to be the one where fatigue sets in and this was pretty true for this one. The second half started at a fairly sedate pace. Wittering had a third ruled out for offside and were back in control of the game again. It wasn't really picking up chances wise but the hosts spurned a chance to equalise when a shot was scuffed wide with only the keeper to beat. Wittering added a third with 20 minutes to go to seemingly kill of any chances of a comeback. Again Stamford Belvedere pushed though and they has the ball in the net. But the header was ruled out for offside. 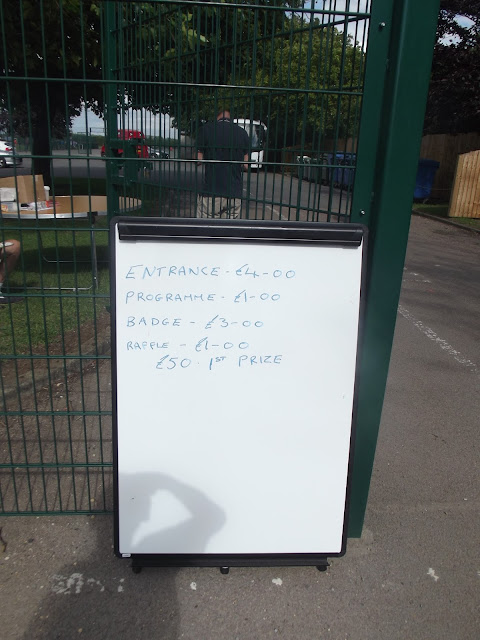 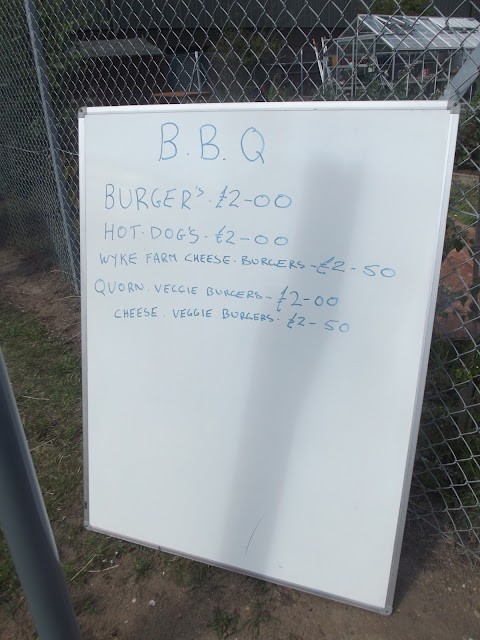 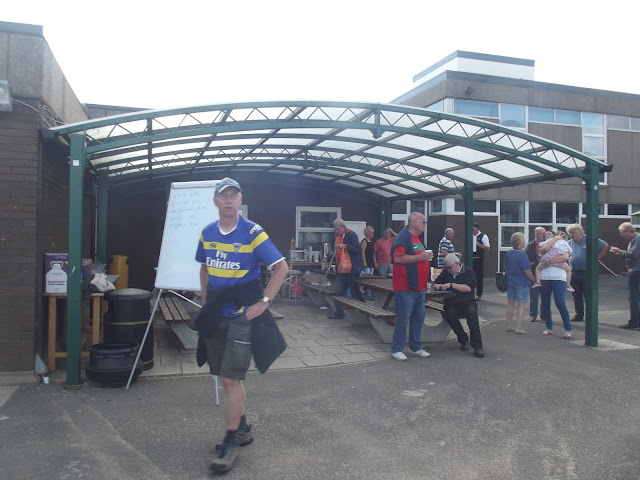 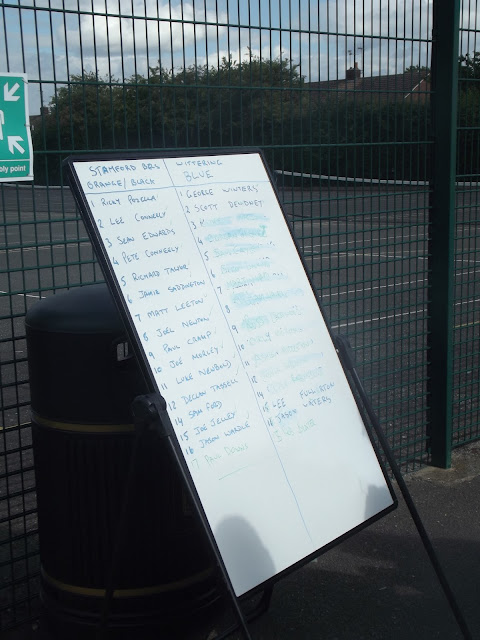 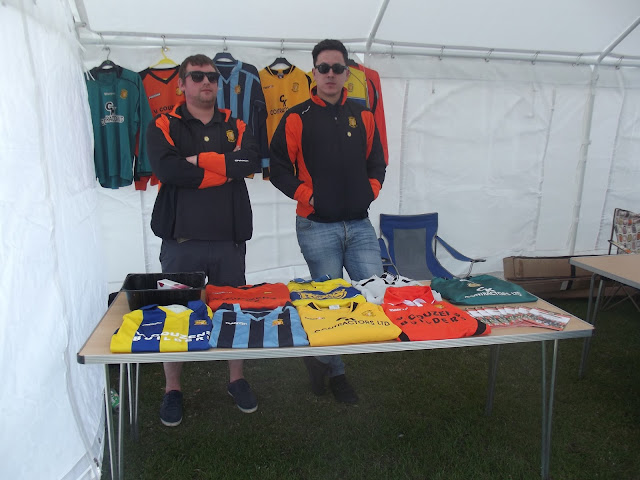 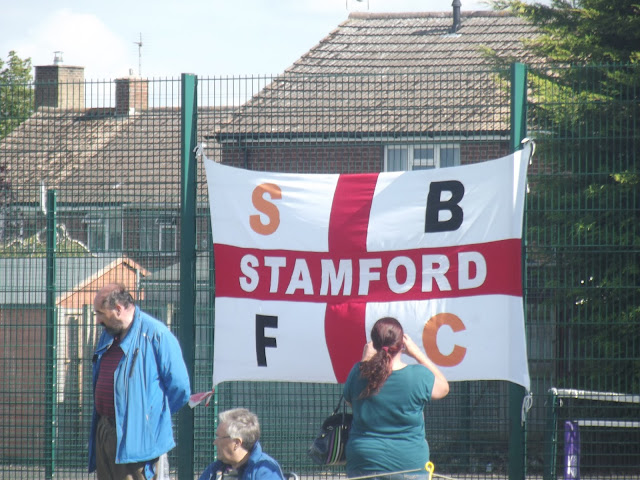 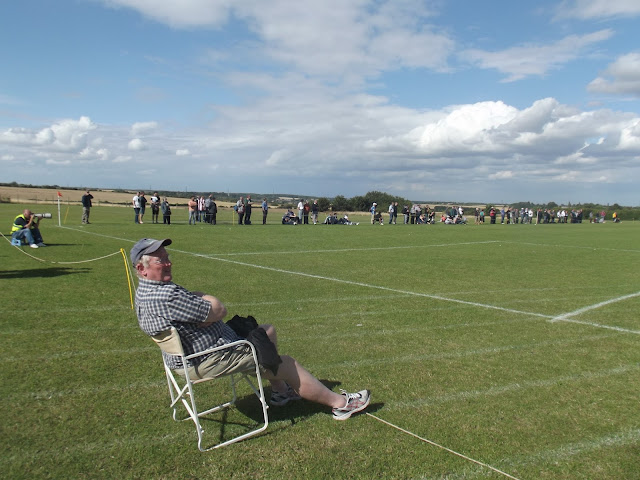 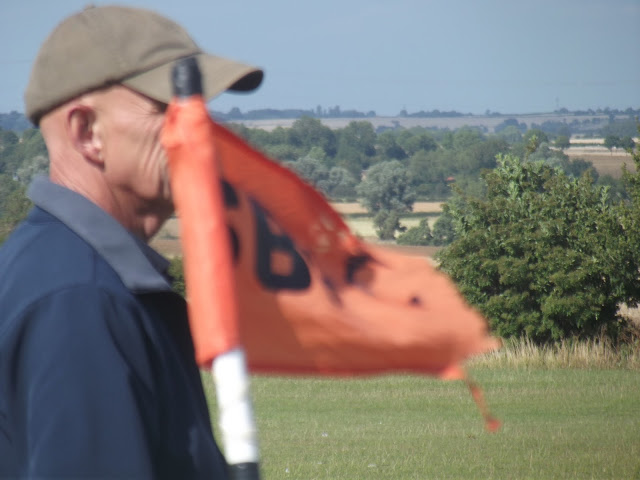 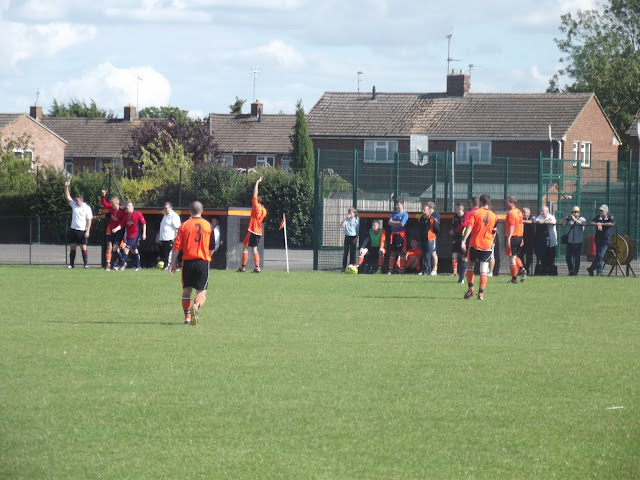 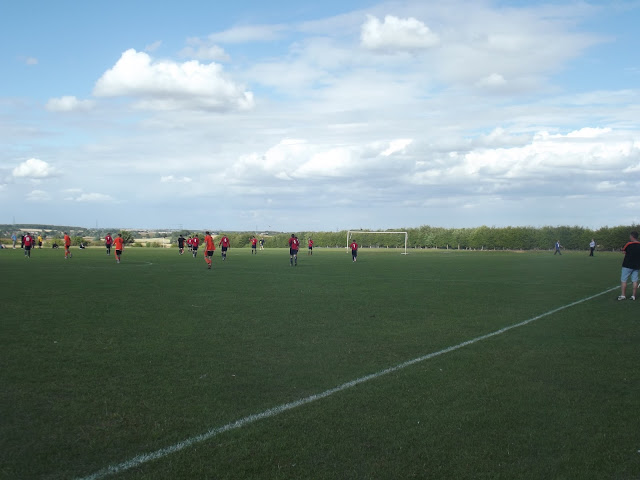 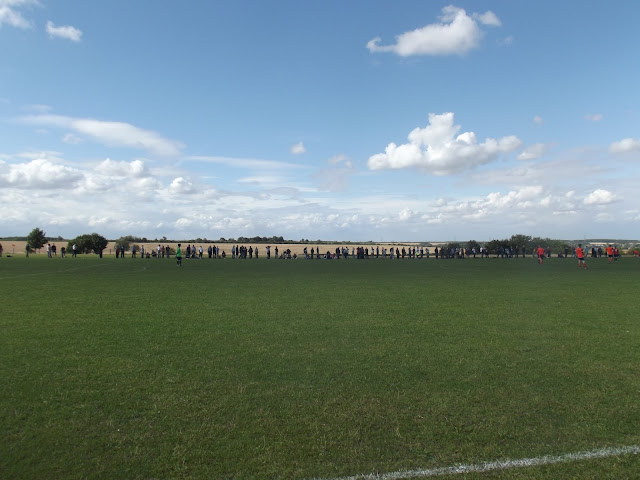 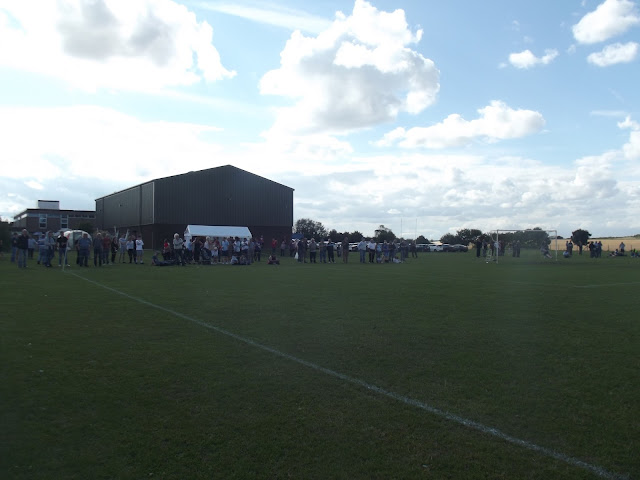 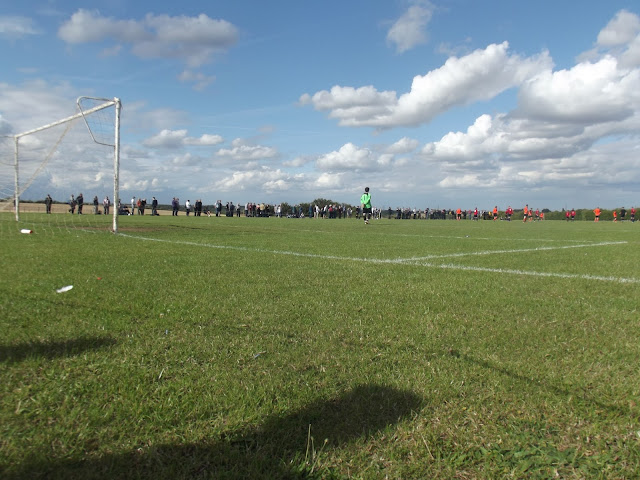 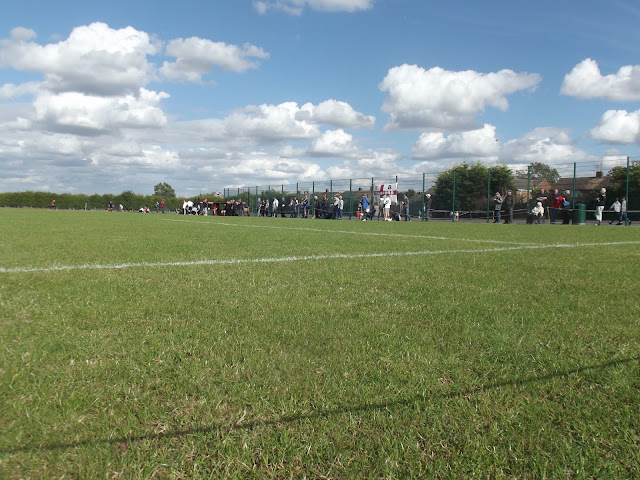 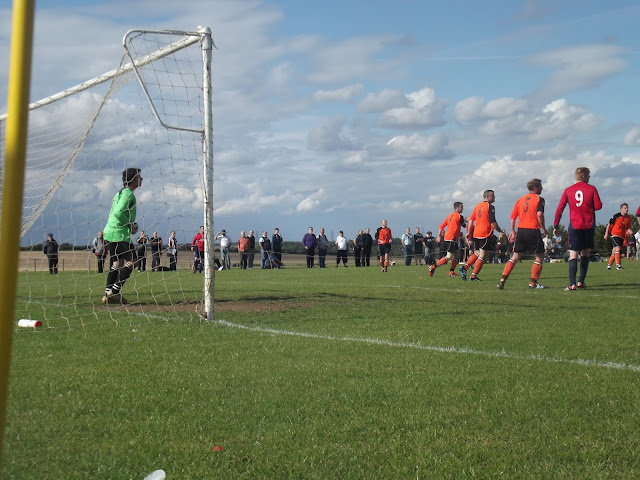