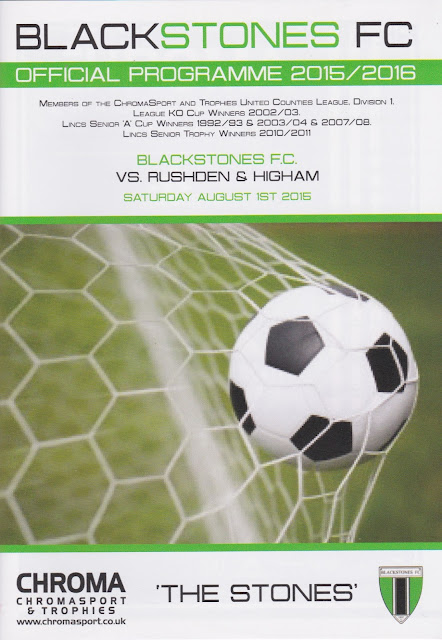 BLACKSTONES first had a club in 1881 but it wasn’t until 1984 that they joined the United Counties League. They have been known under several different guises during their history including Rutland Ironworks and Rutland Engineering Works. From 1969 until 1988 they were known as Mirless Blackstones. They adapted well to their new league and after starting in Division 1, they won promotion to the UCL Premier in 1988. The run in the top division lasted until 2013 when they were relegated back to Division 1 after finishing second bottom. Since then they have struggled, finishing 17th and 20th in the last 2 seasons, a far cry from the 4th placed finish in the UCL Premier in 2008.

The best ever FA Cup run was achieved in the 1991/92 season when they reached the 2nd Qualifying Round. Great Yarmouth Town and Bishops Stortford were beaten before they lost out in a replay to Heybridge Swifts. 2008 saw the best ever FA Vase run when they beat Norwich United, Diss Town, Norton United and Coleshill Town to reach the 4th Round. Dreams of Wembley were ended by current Conference North side Lowestoft Town in a narrow 3-2 defeat.

For the second match of the day on the Rutland Groundhop and the first UCL game of the day, it was over to Blackstones FC, based in Stamford. I had previously been there on the 1st March 2008 to take pictures, that was on the way to Wycombe’s game at Lincoln City. I was pleased to be returning - for one the pictures were all bleached out thanks to the sun. Plus of course, you need to see a game at a ground to properly groundhop it. From the previous game at Ketton it was just over 15 minutes to Blackstones. Originally I'd planned to park halfway between here and the next ground, just over half a mile away. In the end, time was a bit tight so I parked up nearby. Before I went in I had a Dutch Smokie sausage and chips for £3.10 from the chippy opposite the ground. Before going in I stopped for a pint of Strongbow in the bar and chatted to Sussex Hopper again. 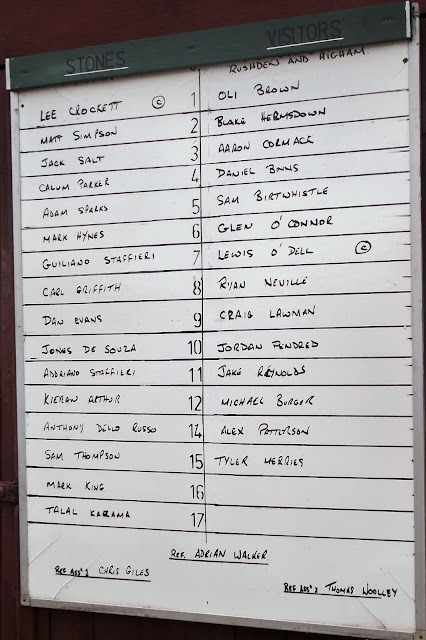 The game started off at quite a slow pace and it was the visitors who took the lead with the first real chance on the half-hour mark. It was a bullet header from a cross that gave Rushden the lead and after the goal, the Blackstones keeper berated his defence for not working hard enough and switching off. It continued to be a game of few chances. On 64 minutes Blackstones equalised from the spot thanks to a Dan Evans penalty. It was quite a soft one but he did the business and put it away. That's how it ended up, and all in all, it was a disappointing contest, even if it's not the worst game I've ever seen. 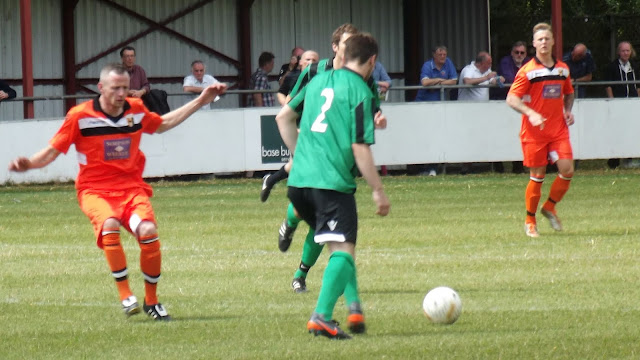 
BLACKSTONES SPORT AND SOCIAL CLUB is a fairly old venue, so at least it escapes the metal stand phenomenon that is blighting football at the moment. Instead, you get an around 100 capacity benched stand, while the rest of the ground is open. The bar offers your usual clubhouse range of drinks, while the food was Lasagne on the occasion I visited. The chippy across the road is worth a visit, being above average in my experience and the Smoked Dutchie I had was nice. 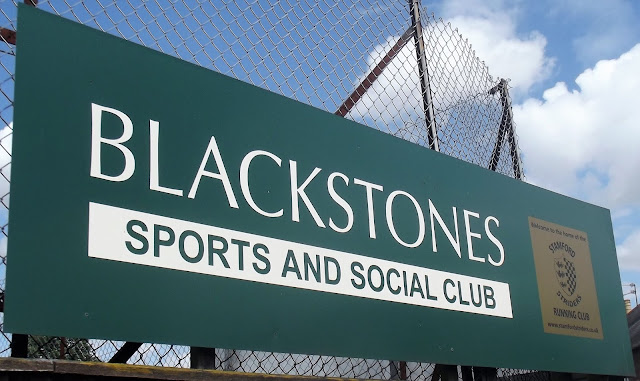 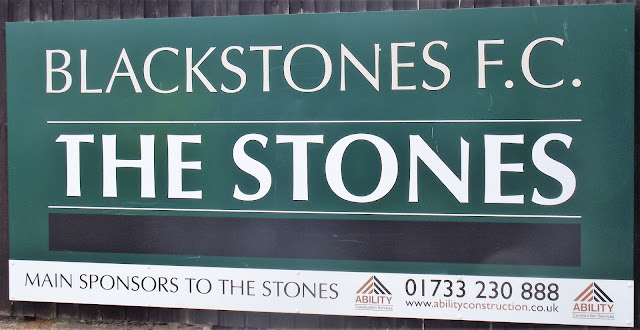 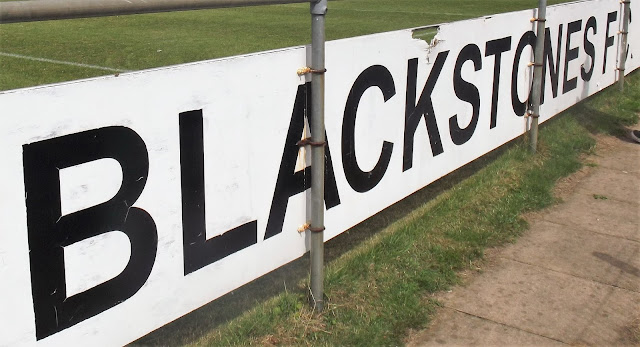 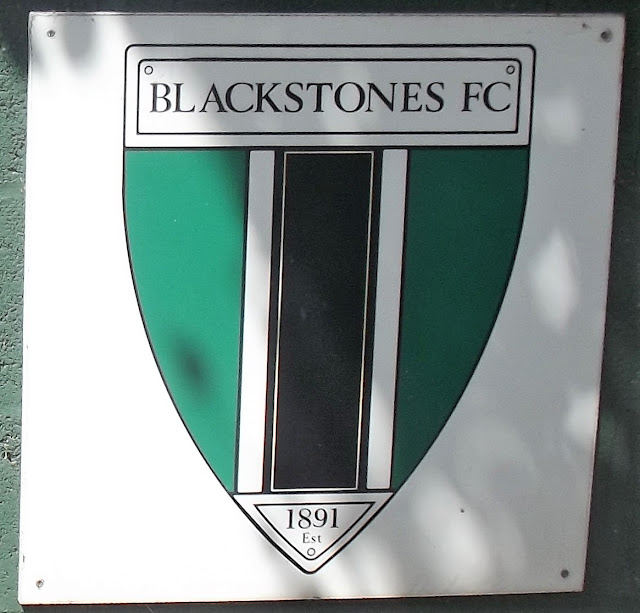 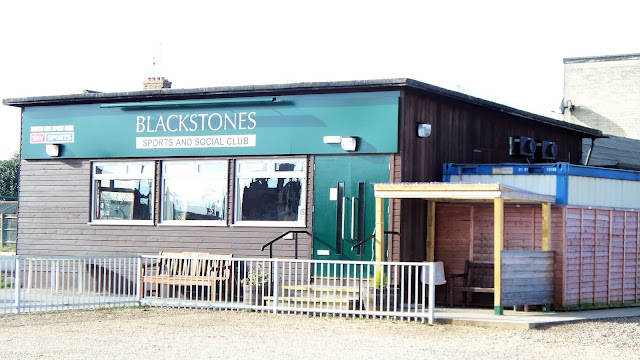 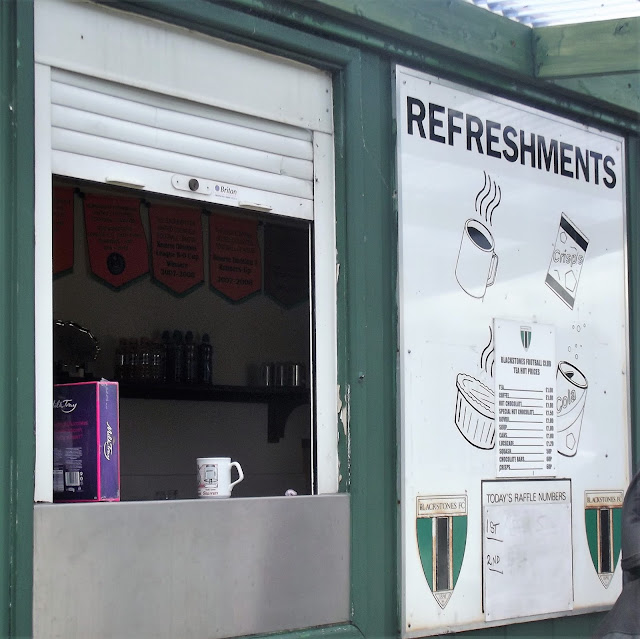 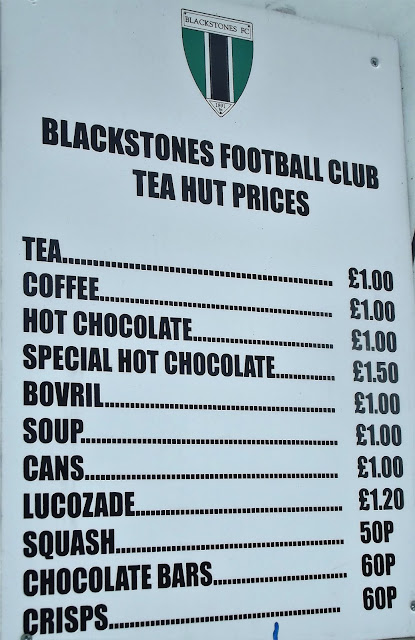 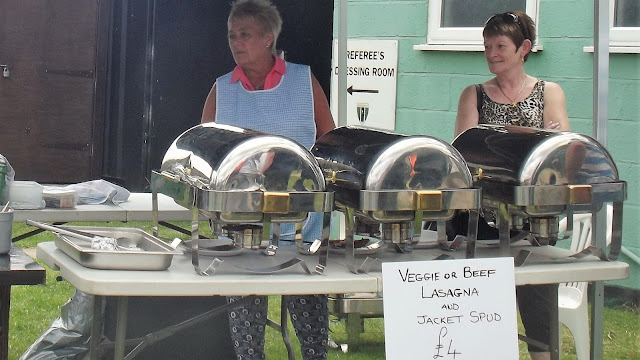 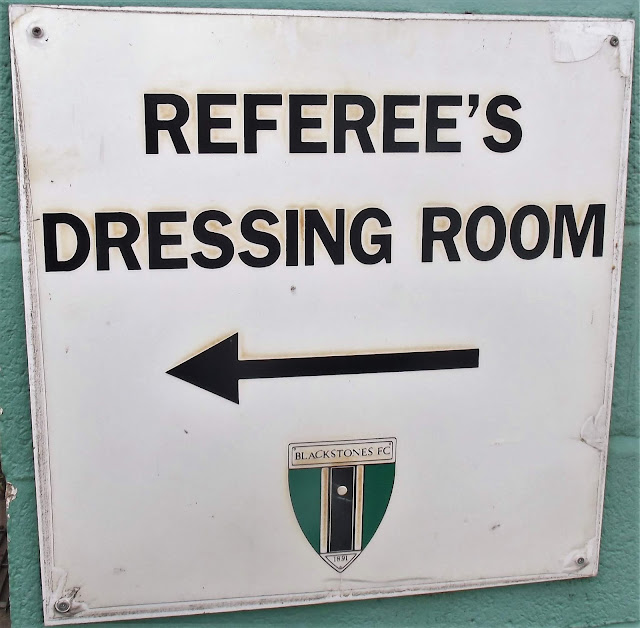 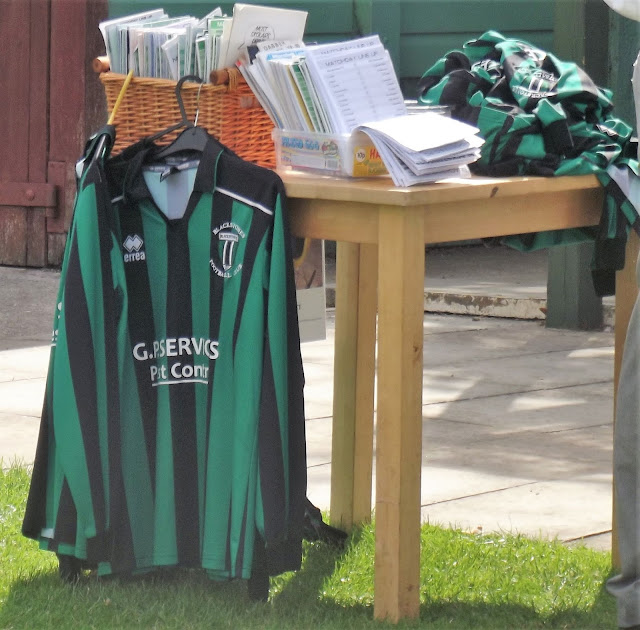 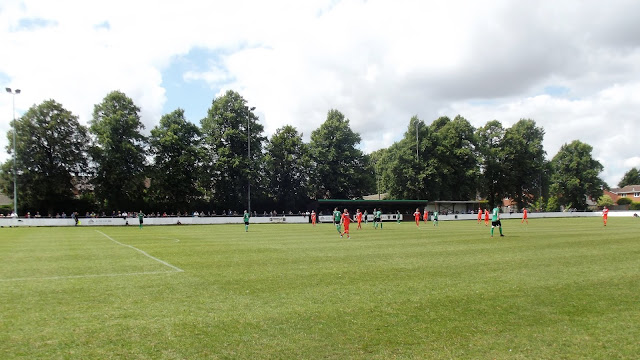 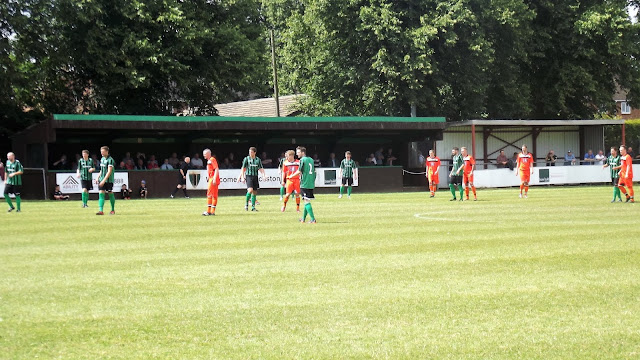 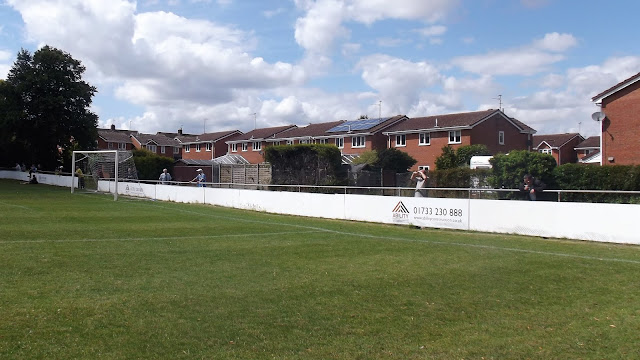 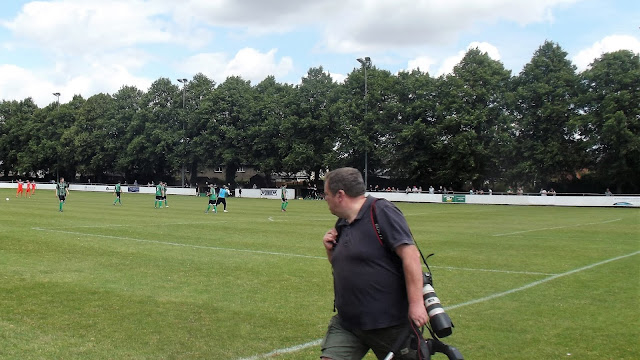 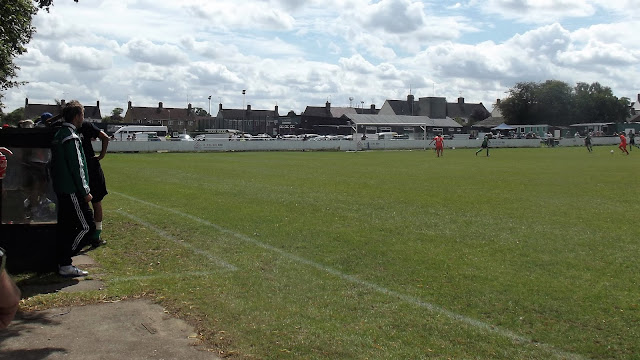 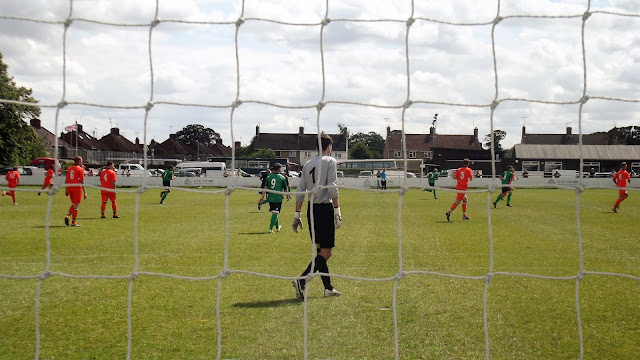