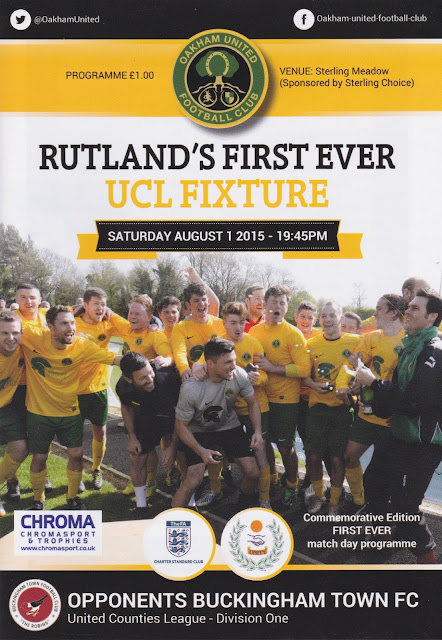 OAKHAM UNITED FC  was only founded in 2011, as a result of a merger between Rutland Rangers and Oakham Imperial. They have made impressive progress in a short space of time, completing a ground fit for step 6 football as well as doing the talking on the pitch by winning the Peterborough & District League last season. As well as the league they won the Presidents Shield which was the first honour for the new club. Following promotion to step 6, the club has also entered the FA Vase and face a tough trip to Northern Counties East side Shirebrook Town in their first game of that competition. 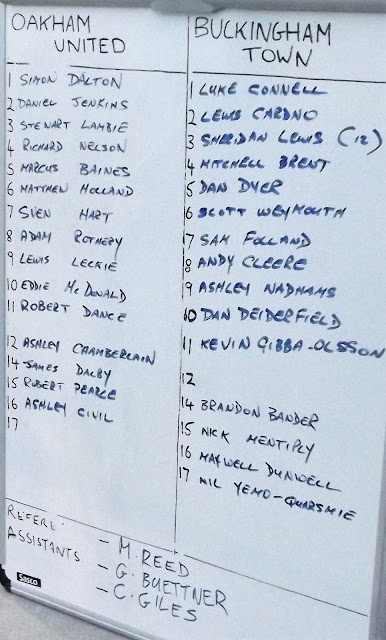 For the final game of the Saturday of the Rutland Groundhop, it was across to Oakham United for their first ever game in the United Counties League. This would actually be the second time that the club had been part of a groundhop in the space of a few months, as they were on the Notts Senior League Hop back in April. I’d not made it back then, so I was glad to make it for a pretty significant game. Due to the great organisation of Groundhop UK, I knew that this was going to be the one ground that I would eat at, rather than check what was around the area first. Hoppers were promised Curry & Chilli and I was hoping that the latter was as good as the one at Penistone Church on a previous hop. Too often places (including Wetherspoons) use a namby-pamby mild sauce when the whole point of the dish is to get a nice spicy kick. After a half hour trip from the previous game in Stamford, I arrived at 6.50 and parked up. With me keen to have my dinner I went straight in. The toasted naan was a very nice touch and it was good value for £4. I washed it down with a pint of Bulmers for £3.50. I also bought an old shirt for £2. I'd have preferred an Oakham United one, but I preferred the design of the Rutland Rangers one, who were one of the club's predecessors. The shirt was sponsored by the Grainstore Brewery, from my previous research I knew that they did cider and made a note to call in on my way home. Before the game started I chatted again to one of the Retford fans I met at Sporting Khalsa. He was good company as were all the other hoppers and was amused at having his accent compared to Neil Warnock in my entry for that day. 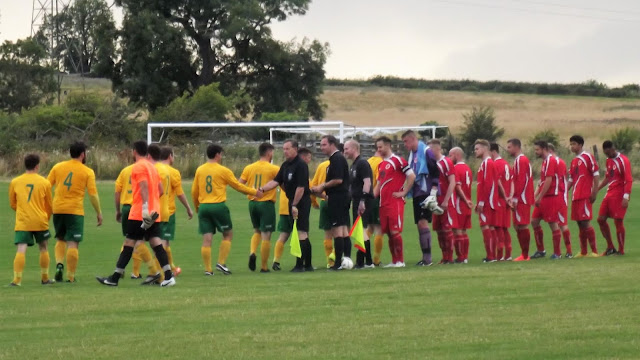 As for the game, I'd say it was the best of the weekend. The visitors took the lead on 2 minutes when Scott Weymouth headed home with the first chance of the game. There then followed a great period of domination by Oakham, but they seemed to be doing everything but scoring. They finally scored on 40 minutes when Stewart Lambie's free-kick was headed home by Dan Jenkins. The second half carried on in much the same way. The hosts took the lead on 58 minutes, a bullet header from Richard Nelson. From then on the result was never in doubt. It was 3-1 on 63 minutes when Buckingham keeper Luke Connell could only parry a shot and Eddie McDonald followed up. There was a brief glimmer of hope for Buckingham Town on 78 minutes when Dan Deiderfield volleyed home from close range. Their cause was not helped when Scott Weymouth was sent off on 82 minutes for a second bookable offence. A minute from time, the 2 goal lead was restored when Lewis Leckie converted Ashley Civil's low cross, then in the last minute, Stewart Lambie scored a great free-kick from out wide with the goal of the game. After the game, I said my goodbyes and made my way back to my car. As arranged I stopped at the Grainstore Brewery Tap which looked an excellent pub. I bought myself a couple of bottles of their cider which came to a very reasonable £4.20 and took them home with me. It was a decent journey home and went by quicker with me listening to 'The Two Mikes' podcast from TalkSPORT. I got in just after midnight, having enjoyed a really good weekend. I stayed up for an hour before going to sleep. I only got 3 hours kip as it was a 4am start at work as per usual the next morning.

STERLING PARK is set in the grounds of the local college and is a really pleasant place to watch football at. With lots of greenery and trees and the only club I know of with a pond in their ground, it's nice and relaxing. The ground is only accessible on 2 sides, with a capacity of around 750. There is no seated stand, just a wooden area of cover that is very pleasing on the eye, with the rest being open hard standing. There is a bar at the ground, with most of the drinks coming in bottles and cans. The tea bar when I went was decent, doing curry (chicken or vegetable) and hot drinks. They also do a good range of merchandise with old shirts and pin badges amongst other things. 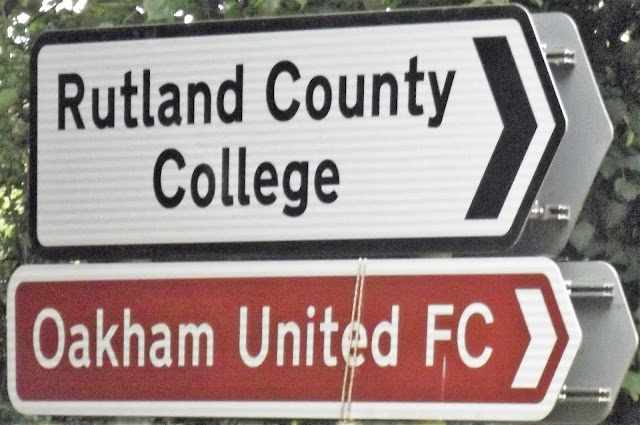 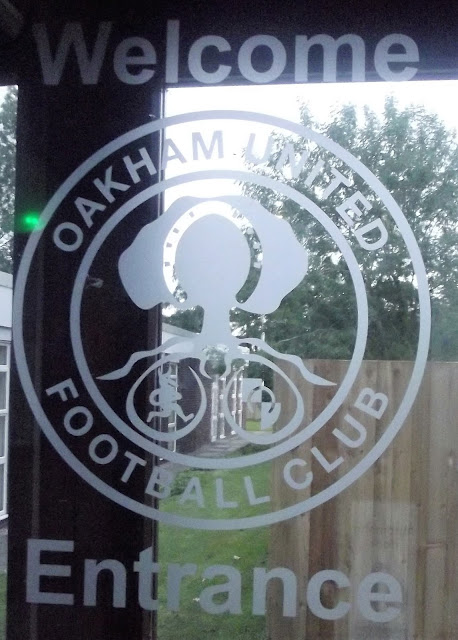 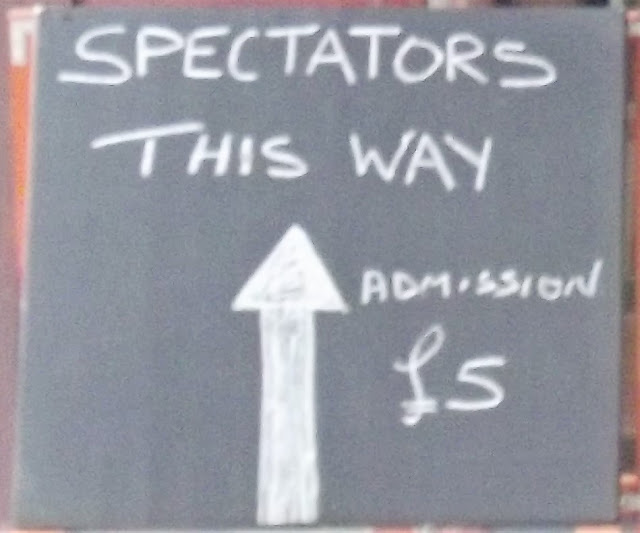 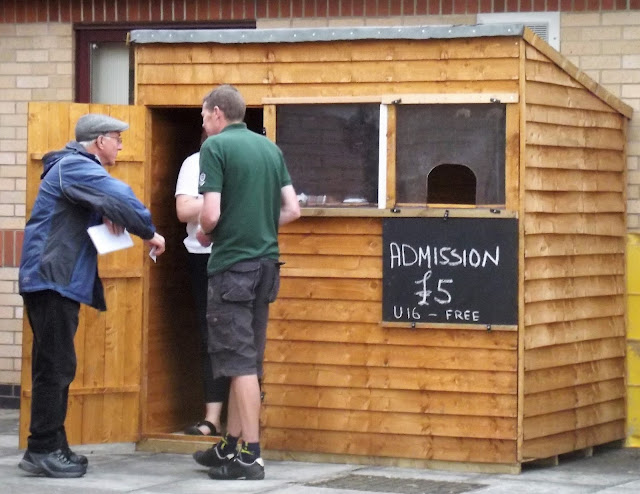 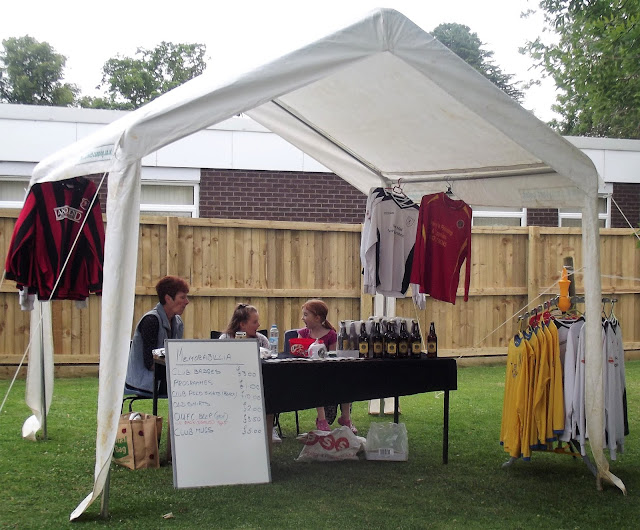 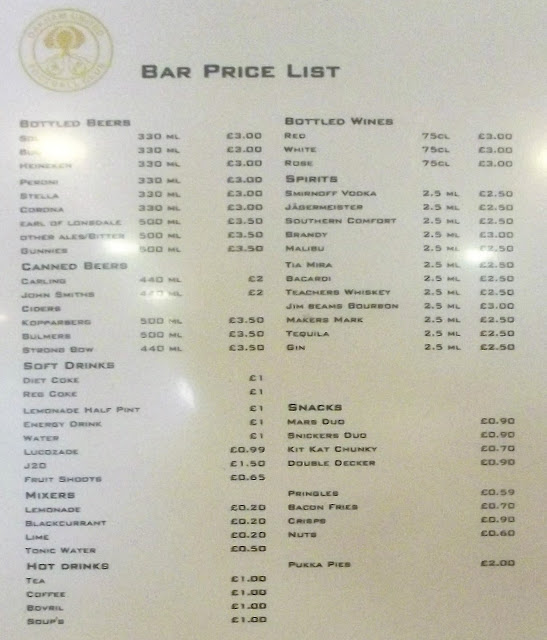 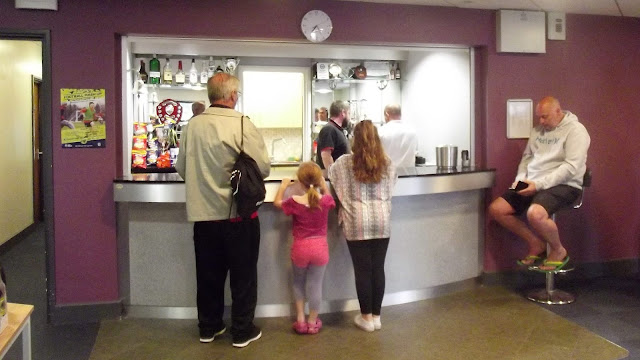 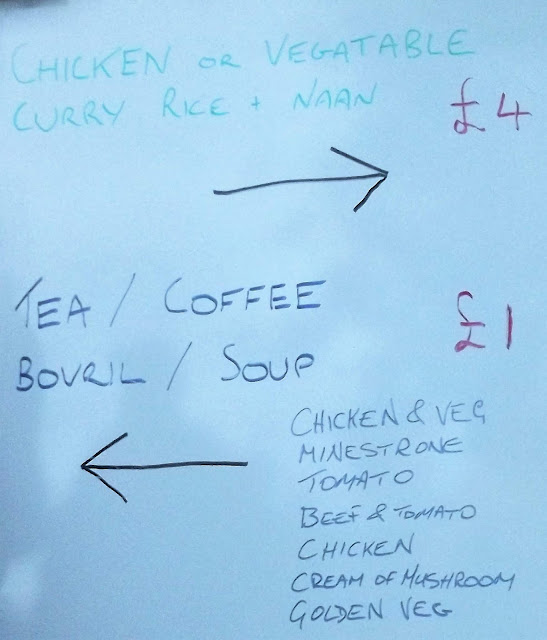 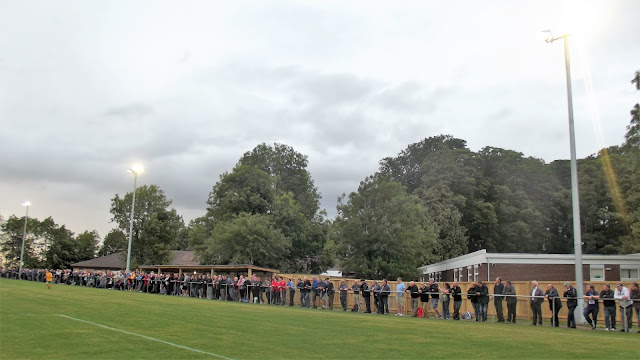 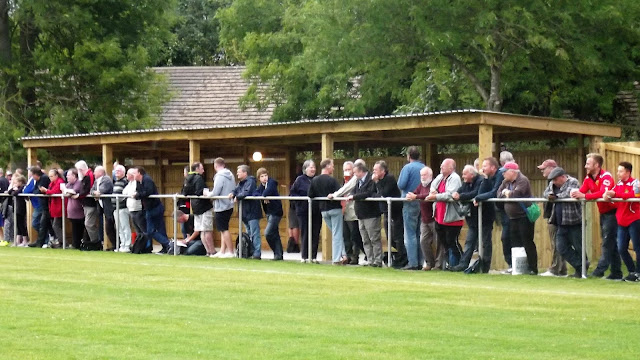 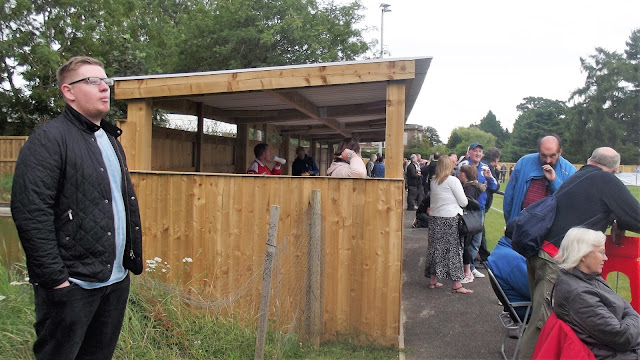 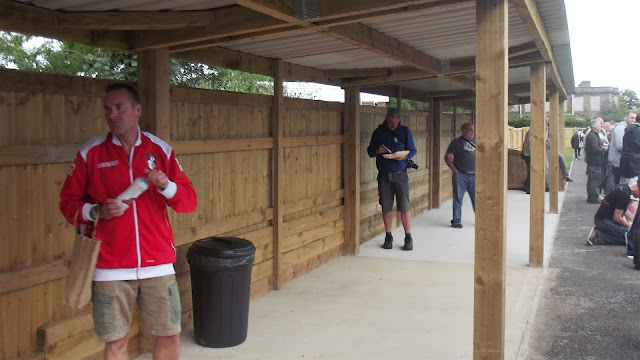 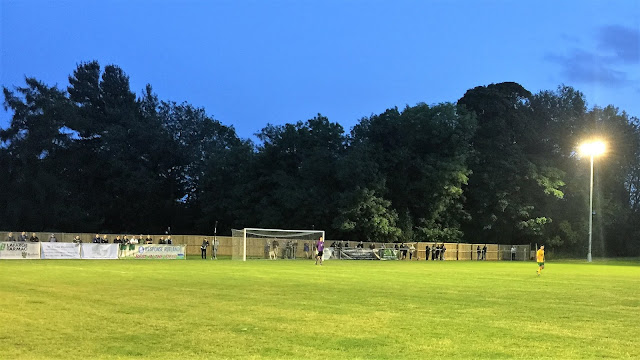 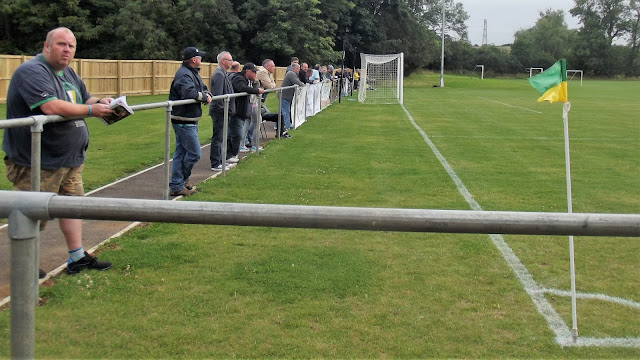 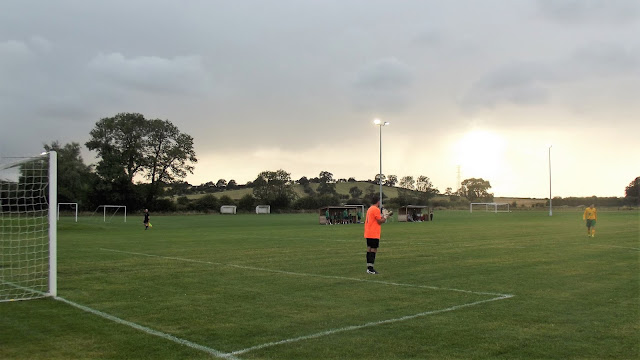 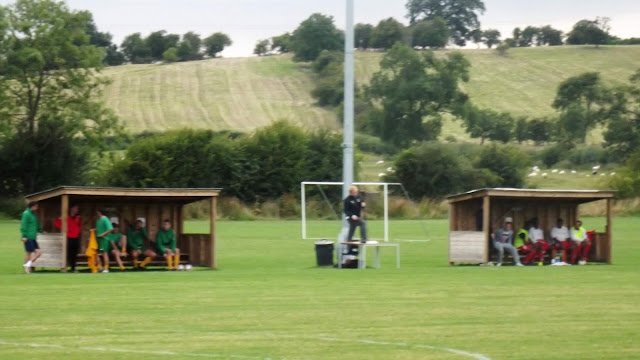 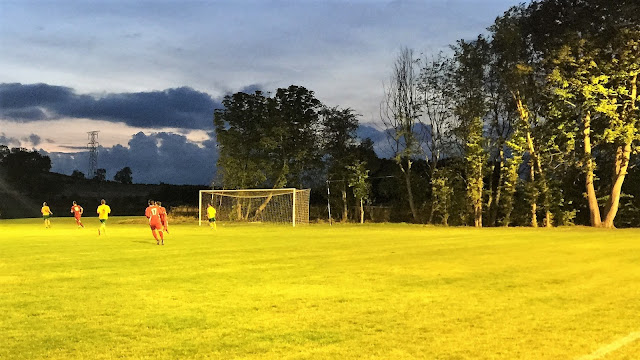 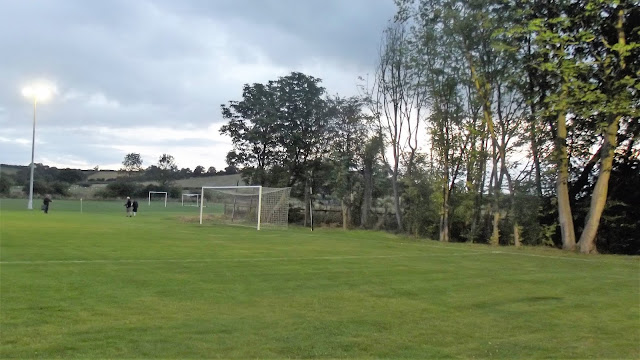