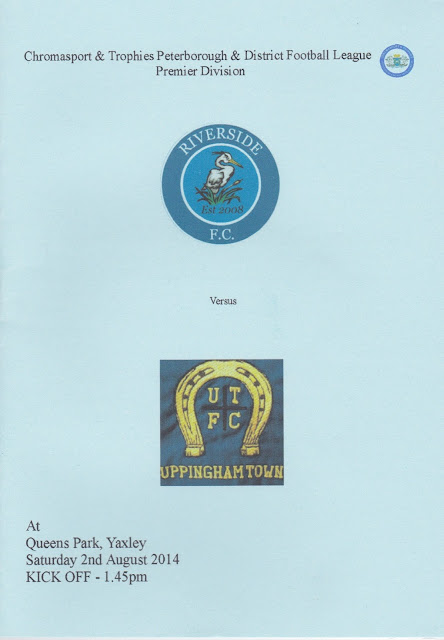 When the United Counties League and PDFL hop was announced, I wasn't too keen on the latter. I go to visit grounds and these 2 would in all probability be fields. I did consider going to a pre-season friendly in place of the 2 PDFL games but in the end, decided to take the plunge and enter into the spirit of the hop by doing the whole day. Maybe I could have gone to another game, but what was done was done and I was going to make the most of it. First up was Riverside v Uppingham Town. It wasn't far to go from Yaxley, little over a mile, so I was there in a few minutes. First stop was the bar but they only did Oakham Ales and Fosters, so I nipped down the local Co-Op and got myself 2 bottles of Stella Cidre. There wasn't much on the food front either with only Jacket Potatoes. The pitch was a simple roped off affair. It's understandable at this level, but it's not really for me, as I go to see the grounds mainly. The admission charge was the same as the UCL Division 1 game at a proper ground, so I was hoping for a good contest. 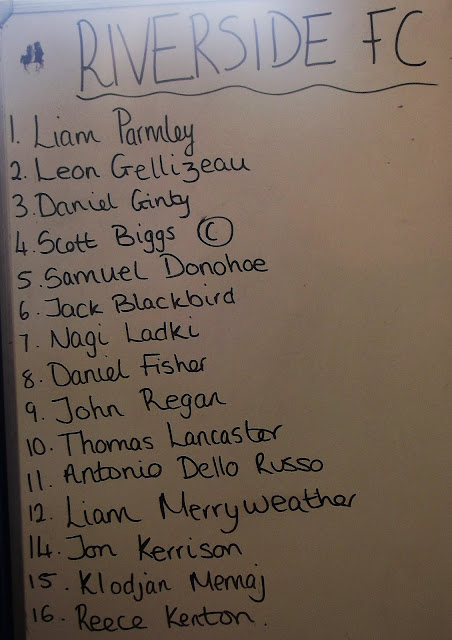 Though it kicked off around 30 minutes late due to delays at the previous game, it certainly started quickly, with Riverside taking the lead in the opening few minutes. There was a bit of confusion over who was who, but it turned out that Riverside was wearing the purple strip, with Uppingham in the blue. It was 2-0 to the home side just before half time. Uppingham pulled one back with the best goal of the game when the ball was lobbed over the keeper. It finished 3-1 to Riverside in the end after the Uppingham keeper was sent off and the penalty converted. It started tipping it down halfway through the second half. I stood and got absolutely drenched before going back to my car and taking around 15 minutes to get changed before heading off to the next game at Netherton. I stayed a lot longer than the PDFL officials did, running into the clubhouse at the first sign of spitting rain.

An edit as I tidy up this blog in June 2018. I'm loathe to call this a ground and wish I'd made a separate category for fields, but what is done, is done. I didn't really enjoy this one, getting drenched watching a game at a disappointing venue and now look for a minimum of a railed pitch to do a groundhop. Maybe I will take this out of my list of 'grounds' in the future, but for now, renumbering a load of blogs is too much hard work. 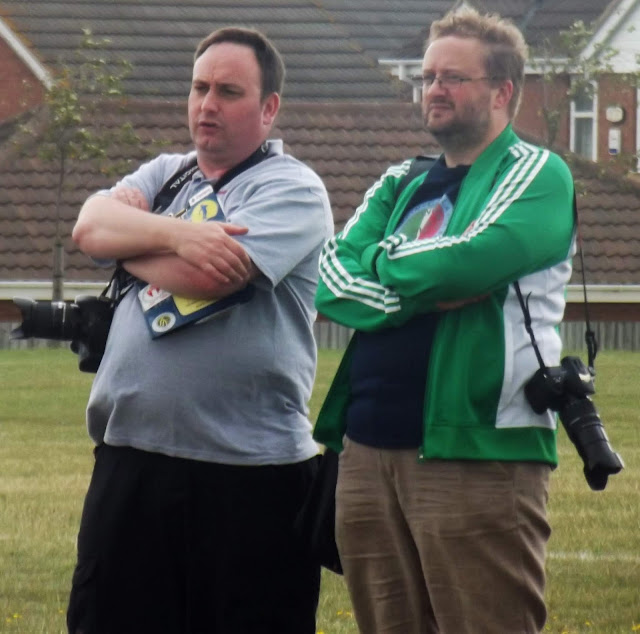 As above, the ground is a very basic affair, just a roped off pitch miles away from the clubhouse, which was made worse by the heavy rain. Nothing much in the way of a clubhouse (just a choice of bottled/canned beer/ales) and the only food was jacket potatoes as well as crisps etc. They don't need any more at their level, and the people were all friendly and welcoming, so if you are into the very basic levels of football, then go and pay them a visit. 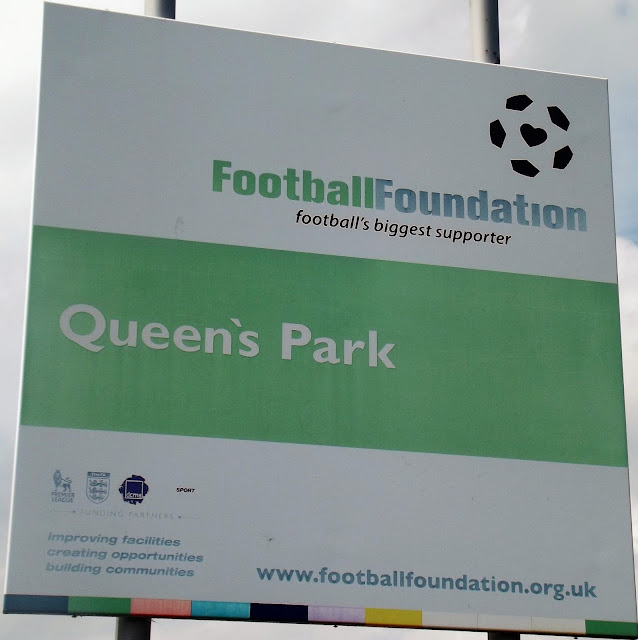 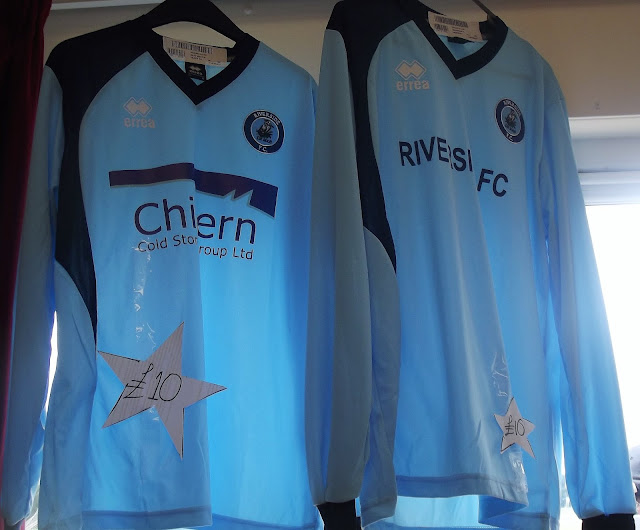 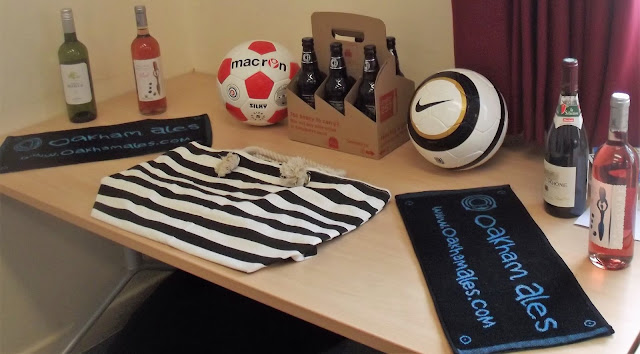 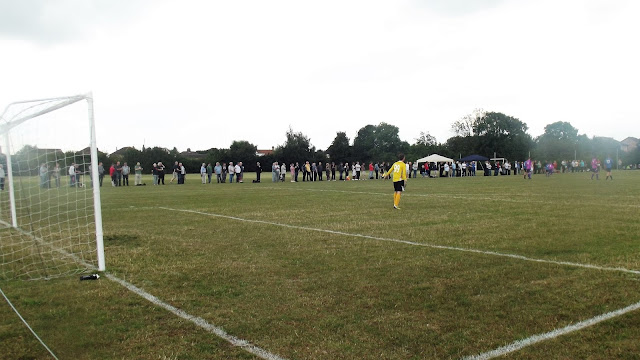 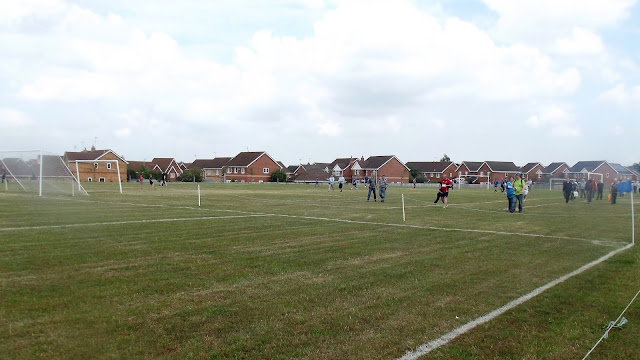 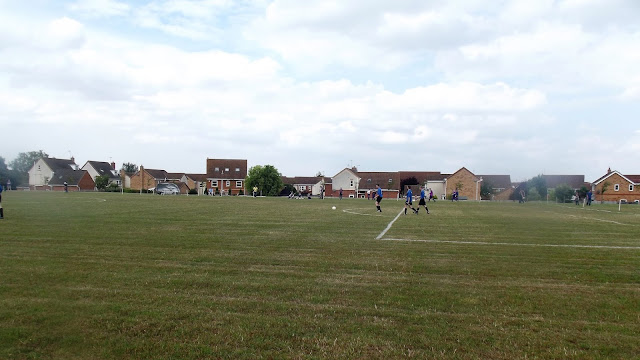 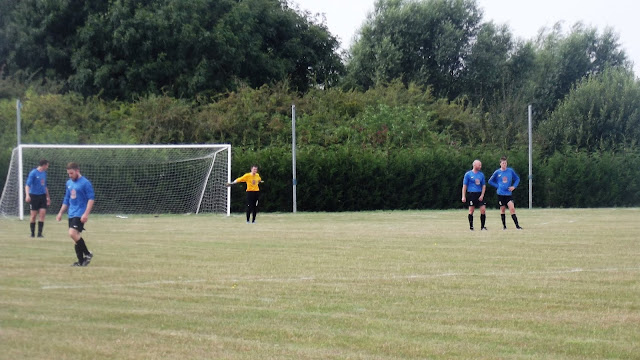