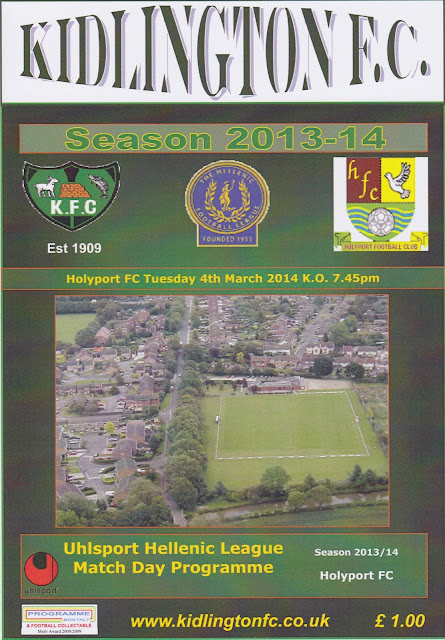 Kidlington boasted former Wycombe player Jermaine McSporran amongst the players to have played for the club, though his career at Yarnton Road was very short. The club don't have a huge amount of history of note but they did reach the 5th Round of the FA Vase in 1976-77 and the First Qualifying Round of the FA Cup in 2009-10. As well as their best ever Hellenic League finish of 7th in 2010-11, they have also won various local cups. That season of 2010-11 also saw them reach the final of the Oxfordshire Senior Cup, before losing out to Football League side Oxford United at the Kassam Stadium. At the time of this game the club had a good chance of beating the record league finish, being in 10th position, but with plenty of games in hand on other teams. One unwanted record from this season is the 9-0 defeat at Flackwell Heath back in August which represents a large chunk of their goals conceded this season.


After a week of lots of travelling, I was looking to cut down on my mileage and spending for this game. Looking at the Non-League Paper on Sunday, I selected around 10 games that were up for consideration and eventually settled on one of the nearest - Kidlington v Holyport in the Hellenic League. I had the day off as per usual and spent the day at home, doing not much at all. After my dinner, I left home at 5.50 meeting Anwar in Aylesbury at 6.15. After a fairly hassle-free journey, we got to the ground at 7.10. I checked out Facebook and got some pictures of the ground, before getting myself a cup of Bovril as it was quite cold by then. We then found ourselves a place along the side of the pitch and talked to a bloke who was assessing the referee and did several games in the Hellenic League. 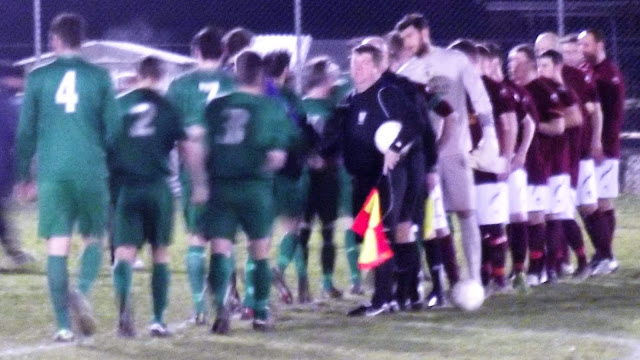 The game started off pretty evenly but soon Kidlington started to emerge as the dominant team. This was no shock as their last result had been an 8-0 Cup win against Hook Norton, and they had been on decent form recently after a difficult start to the season. The first goal came on 19 minutes as a well-worked move finished with Danny Bone having an easy finish to establish a 1-0 lead. 4 minutes later, that lead was doubled as Tommy Castle drove a shot into the bottom hand corner from just outside the area. That was how it remained at the half time break, with Kidlington well in control. The first half had seen some attempts to play football on a difficult pitch, but the second half was a lot more scrappy. The referee's assessor wouldn't have been impressed with him letting several bad fouls go and it got a bit niggly, especially after a Kidlington player went off with what seemed a bad injury. Normally I am a fan of letting the game flow, but on this occasion taking a firmer grip on the game. The 2 linesmen were better, even if one looked like he had been taking fitness tips from Peter Kay and the other looked like he had to be at school in the morning! So, not the greatest game, nor the worst I have seen, but it was good to get a fairly local ground done, especially at the rate I have been doing grounds from higher leagues lately, which will soon leave my options limited. It was a quicker drive home, dropping Anwar off at 10.15, before getting home myself at 10.35. 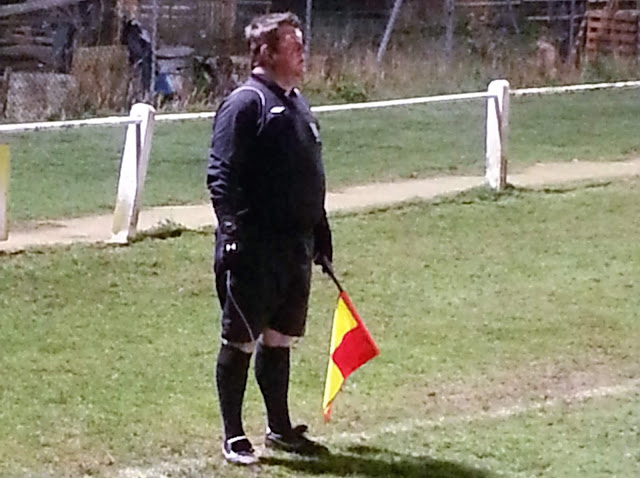 I first visited YARNTON ROAD in 2008 on the way to a Wycombe game at Hereford. It was typical of many grounds at this level in having Arena style metal stands, one for seats and one for standing, probably holding around 200 in total undercover. It is set in pleasant countryside however and must be a nice place to watch a game on a warm afternoon. The bar looks pretty smart and was a nice warm retreat on a cold evening. The tea bar did a decent range of hot drinks and other items. There was no club shop to my knowledge, but that's to be expected at this level. The programme was quite thin but had all you need to know in it. There were not too many adverts and it was nicely designed and well priced at £1. 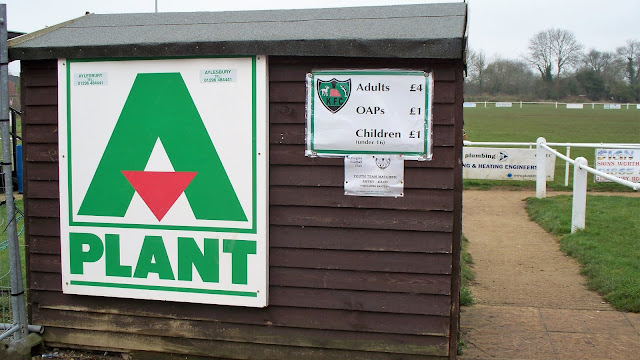 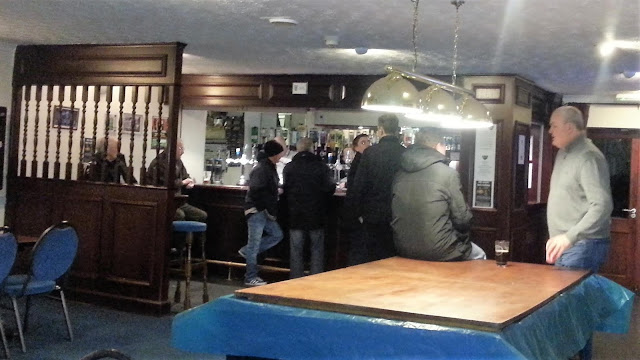 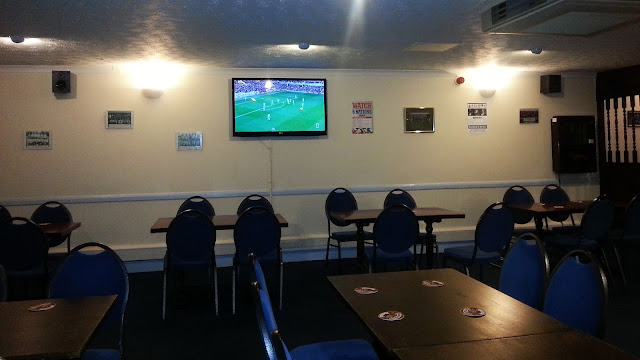 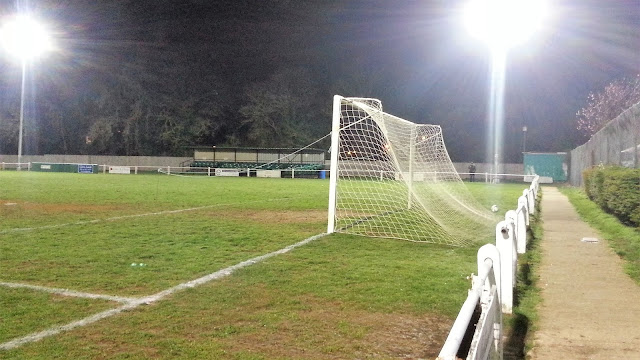 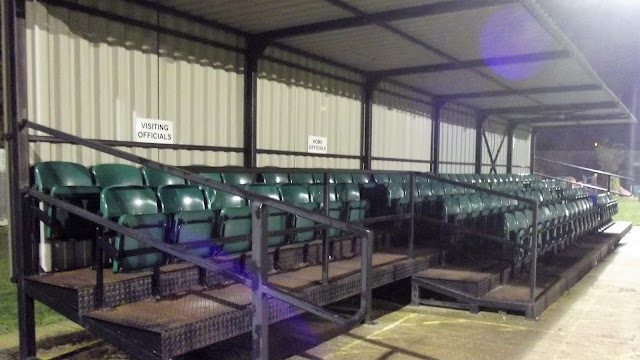 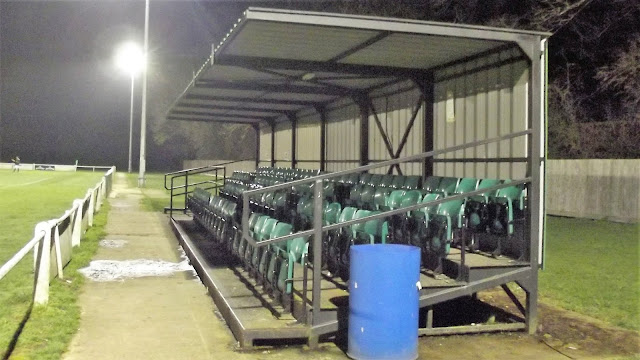 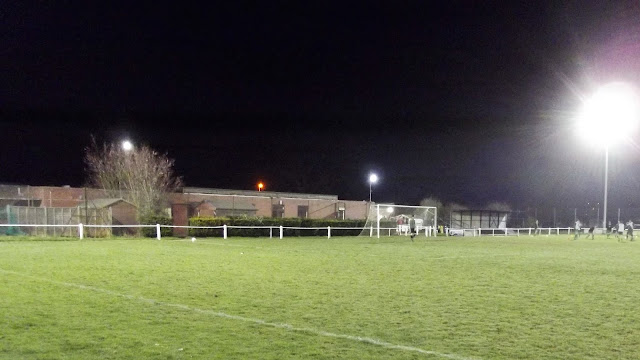 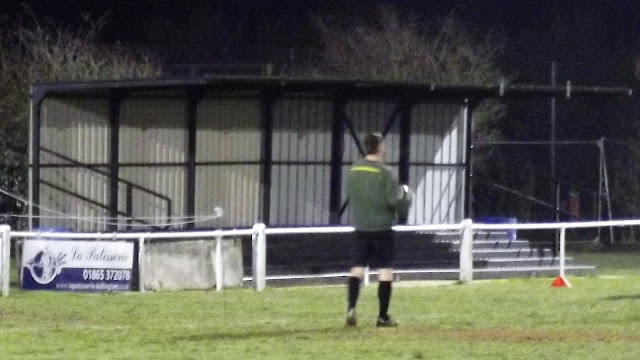 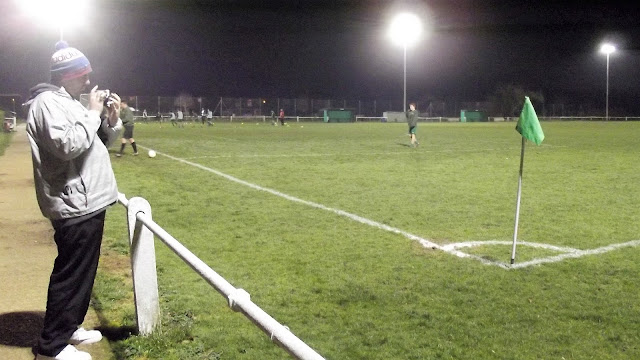 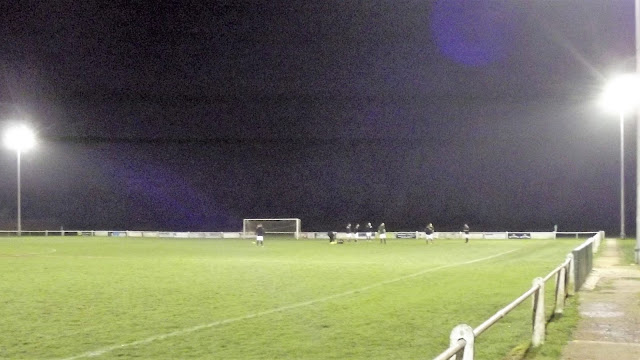