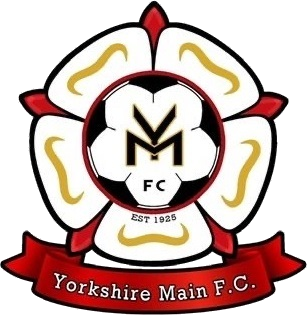 Yorkshire Main FC
Yorkshire Main Miners Welfare Club
Edlington Lane
New Edlington
Doncaster
DN12 1SH
07793 743057
Official Website
Twitter
Ground Number: 957
Friday 20th May 2021
Yorkshire Main 4-1 Bessacarr
Doncaster Rovers Saturday League - Premier Division
YORKSHIRE MAIN FC - A BRIEF HISTORY
The club was established in the 1920s and was originally known as Edlington Welfare and played in various Doncaster leagues - mainly the Doncaster Senior and Doncaster Red Triangle League. Other names have included Edlington Welfare Rangers (1932-48), Yorkshire Main Rangers (1948-50) and  Edlington Welfare (1950 -1960). They changed their name to Yorkshire Main in 1960 and spent a few dormant years from 1977 until 1980. The early 80s were a successful time for the club  - they were Doncaster Senior League Division 3 champions in 1981. The following year, they moved to the Sheffield County Senior League Division 2, which they also won. The Division 1 title was won in 1983 and with things going well on the field, the club took the step up to the Northern Counties East Division 2 South, moving around divisions as the league found their feet, making several restructures. Promotion to Division 1 was won in 1990, this league currently sits at step 6 of the non-league pyramid. Following a second-bottom finish, Yorkshire Main left the league in 1991. They rejoined the Sheffield & Hallamshire Senior County League which had changed its name due to a merger with another local league. Though the team achieved a 4th place finish in Division 1 in their first season, results soon tailed off and in 1996, they were relegated to Division 2 after a bottom place finish. After a couple of mid-table finishes, Yorkshire Main joined the Central Midlands League in 1998, starting out in the second tier Premer Division. A 3rd place finish behind Ollerton Town and Calverton Miners Welfare in 2008 was good enough for promotion to the delightfully named Supreme Division. The club would spend just one mid-table season there before being demoted due to lack of floodlights. They left the league altogether in 2013 and joined the Doncaster Senior League. Finishes have varied since their return. They finished bottom in 2014 and had a high of 4th in 2015, however, despite this, they spent the next two seasons in Division 1, winning the title in 2017. Since returning, they've struggled, but this season sees them going fairly well, sitting 7th out of 11 at the start of the game.

In the club's only season in the FA Vase, 1990/91, they beat Kimberley Town & Hatfield Main before losing to Sheffield in the 1st Round. Local honours include the Doncaster Senior League Cup in 1982 and the Sheffield County Senior League Cup. Famous players to turn out for the club include Glynn Snodin who played some games as a veteran between 2010 & 2013 and former Wolves, Bournemouth, Bradford City and Newcastle United midfielder Joe Harvey who played for the club's youth team during the 1930s. The club is based in Edlington, a village near Doncaster with a population of just over 8,000. There was a small railway station in the village which was open from 1912 - 1951. It was built to serve workers at the local coal mine which was open from 1909 until 1985 and gave the football club its name. At the height of production in 1951, over a million tons of coal was produced. Despite making a profit of £4.5 million a year, the government of the day decided to close it, prompting strikes and scuffles with the police. A memorial to the miners killed in World War 1 still exists, having been moved to the village itself. 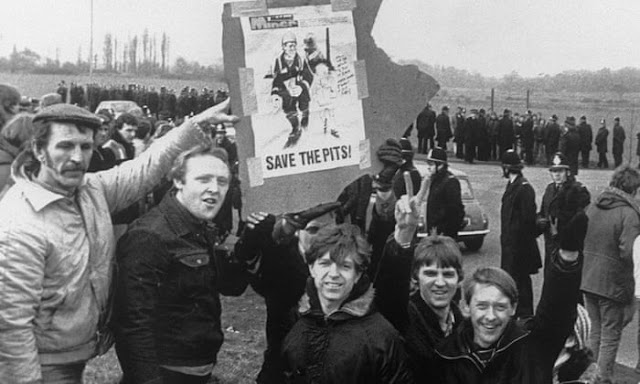 MY VISIT
I always love a bit of Friday night football and this week, I was keener than ever. The 21st of May was the first day of the year that I'd not seen a game on, so I was keen to remedy that. As well as that, I was planning a day out in London and Kent the following day on the train. No doubt it would involve a few pubs, so I wanted to take it easy on Friday night, a football match being the perfect answer. There were a few options, but they were all over 100 miles away - not great for costs on my own. A cup final at Little Oakley was the nearest - the Essex & Suffolk Border League Cup Final between Earls Colne & Lawford Lads. I put the game to fellow hoppers Colin and Martin, but as ever, I wasn't offered the courtesy of a reply. Thinking I'd have a better chance of communicating with Princess Diana through a seance, I looked elsewhere. Yorkshire Main were at home to Bessacar with a 7PM kickoff and with a backup also at Keyworth, I offered it to my mate Chris from Milton Keynes as I'd not seen him in ages. Happily, he accepted, the only sticking point being where we would go if the game was called off as we'd been to most of the backups between us. The night before, I did all my research, finding out about the club history and also looking at food options near the ground. 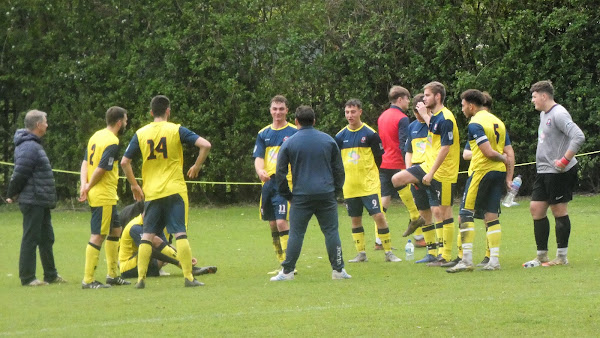 I was working as usual on the day of the game and was hoping for it to be as hassle-free as possible. In the end, I awoke early and went in half an hour early to get a head start. However, whilst it wasn't the day from hell, it came pretty close. It was my busiest day in months and the shoppers were especially irritating. No social distancing, constant questions, people walking around with their masks on their chins and brats screaming the place down. Though 99% of customers were superb, 1% is still a significant number of people. It was also sod's law, the one day I wanted to get out early was the one day of the week where my main task took twice as long as any other day. As soon as I'd finished my 8-hour shift, I ran upstairs, grabbed my things and went to my car. I didn't even have enough time for a break. My misery was not over yet, after finishing at 2.45, the 40-mile journey took 90 minutes. He was there waiting for me and we departed quickly but there had been an accident on the M1 which resulted in us having to drive cross country for a couple of junctions. There were further delays on the M1, but that was the least of our worries. The weather was atrocious, driving rain all the way up, totally at odds with the forecast that I'd seen for my destination. I was certain that the game would be off and so we kept checking Twitter but there was no news. Our alternative at Abbey Hulton United had bitten the dust mid-afternoon. We made the game by the skin of our teeth, getting to the ground at 6.55, just five minutes before kick-off. It was a horrible way to spend pre-match - usually, I like to have a meal before the game and spend 20 minutes acclimatizing to my surroundings. The place was really busy, but everything was well organised and so we both made our way round to the far side. It was far from a traditional ground, with no path around the pitch, but it was a great place and finally, after being on the go for 13 hours, I could finally relax and enjoy the game. 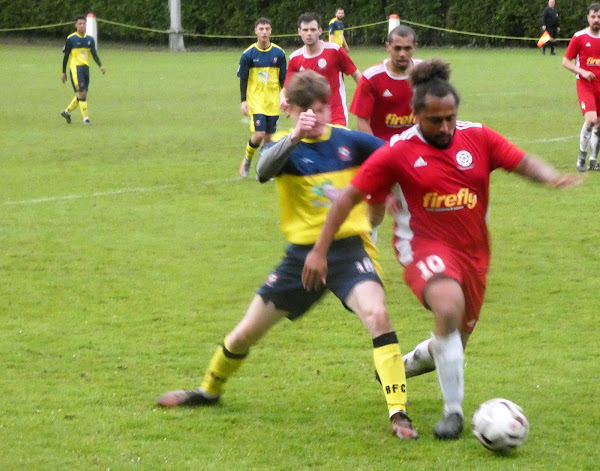 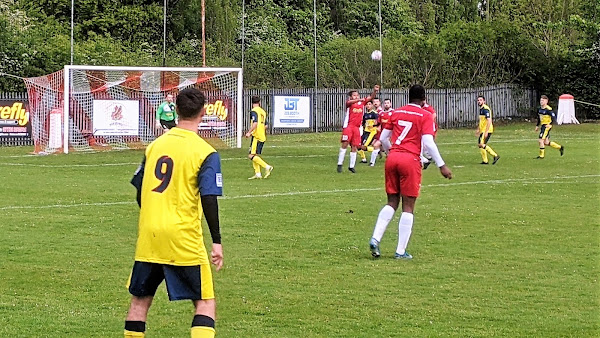 Yorkshire Main had been in disappointing form since the resumption of football. Their only win had come against bottom side ISG Doncaster when they won 3-0 against ICT Doncaster. They'd had defeats against Askern Miners Welfare (1-2 & 0-3) GCT Doncaster (0-3 & 1-2) and Dearne & District (0-3). Bessacarr Development were in slightly better form - they'd beaten Epworth Town 5-2, ISG Doncaster 3-0 and GCT Doncaster 2-1. However, they'd lost 4-2 to GCT Doncaster, 1-0 to Denaby United, 4-3 to Askern Miners Welfare and 5-0 to Rossington Main Reserves. The two teams had met back on the first day of the season when Yorkshire Main won 2-1 in the reverse fixture. Bessacarr started brightly but it was Yorkshire Main who took the lead after 5 minutes, A cross was put in from the left and although I initially thought it was an own goal for the visiting number 6, it was credited to Danny Bell. Bessacarr nearly equalised on 33 minutes when a free-kick smashed the left-hand post before rolling across the goal and away. The hosts led at the break, but not for long. On 47 minutes, it was all square. A cross-cum-shot was put in from the right and found the top left corner. Up to that point, the visitors had seemed the most adept on the ball, but the hosts were physically stronger. Bessacarr nearly took the lead a few minutes later, the home keeper pulling off a great save to tip a 25-yard shot wide and the resulting corner came to nothing. Yorkshire Main retook the lead on 72 minutes, a good ball was put in from the left and Nathan West finished into the bottom corner from around ten yards. Rhys Plater made it 3-1 on 77 minutes when he got away from the defence and slotted into the bottom right-hand corner from 15 yards. The victory was confirmed on 81 minutes. Again the ball came from the left and it was left for Tristan Taylor to finish powerfully into the net. 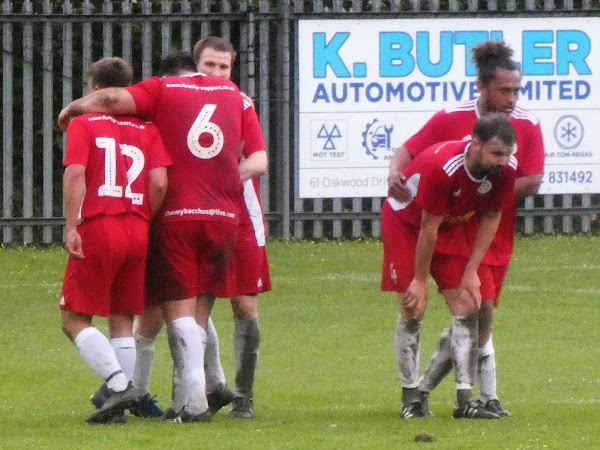 It had been a great game for the 88 in attendance and I was glad that I'd attended. Bessacarr had travelled around six miles to get to the game, but we had a far longer journey. Dinner was needed first though and so we headed towards a Chinese takeaway called Hong Kong Delights. It was a decent place, above average and I enjoyed my salt & pepper chips and king prawn skewers. It was 9.30 by the time we left, far later than I hoped, but it was a much better journey home. The Bluetooth on my radio was working again and so we tuned into Union Jack online. The journey was also a lot better, still plenty of rain, but at least the roads were clear. I dropped Chris off at 11.20 and tuned on my Nessum Dorma retro football podcast. This kept me company until I got home at 12.25. I was still wide awake, so I poured myself a couple of ciders whilst typing my blog. I eventually got to sleep around 2.30, but it was all a bit of a rush and a short nights sleep as I had my alarm set for 7.30 the next day as I had planned a day out on the train in London and Chatham as well as a game at Lordswood FC. 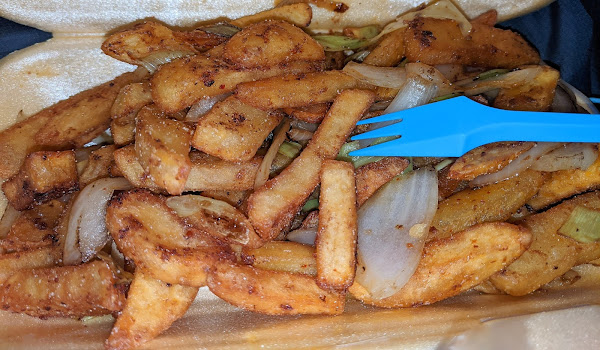 THE GROUND
EDLINGTON LANE or THE WELLY is a great step 10 ground (at least that is the league's level according to the Wikipedia page). There are a couple of covered areas, probably holding around 70 in total and there's also a small tea bar in the ground. There's not really a path around the pitch, but there is a decent amount of hard standing. There's also no rail around the pitch, just some roping which replaced some attractive chains around a decade ago. There are also floodlights, which is unusual at this level. The ground is nicely kept and there's a real sense of community about the place.
There's a huge amount of parking at the ground in the complex is pretty big, with another couple of pitches and also a cricket field. The main part of the setup is a Miners Welfare club, but I didn't visit. The village centre is nearby and offers a decent range of places, whilst the motorway is around 15 minutes away. 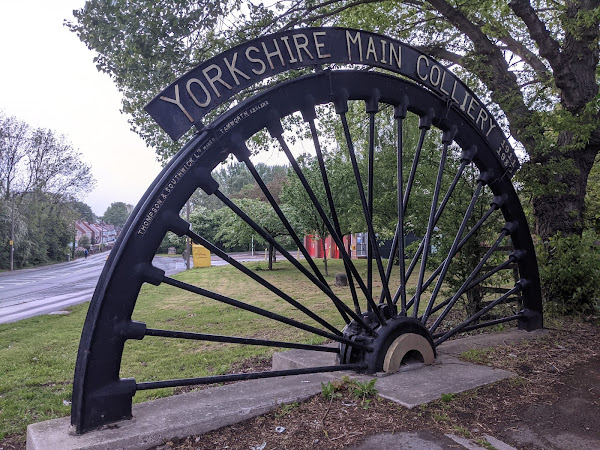 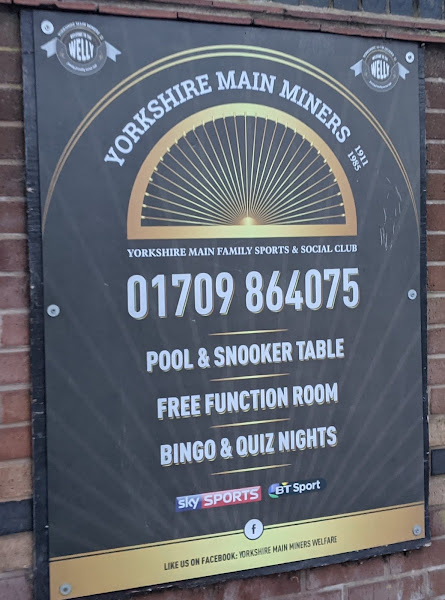 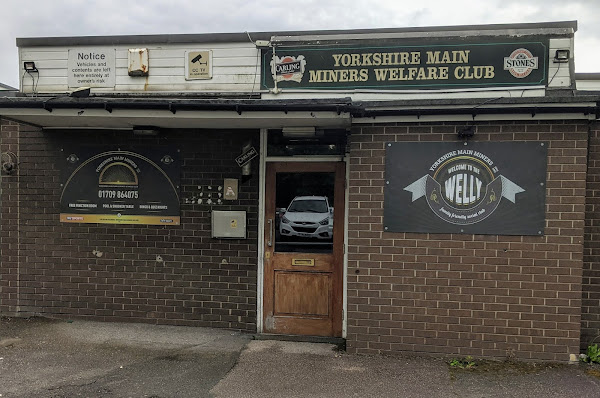 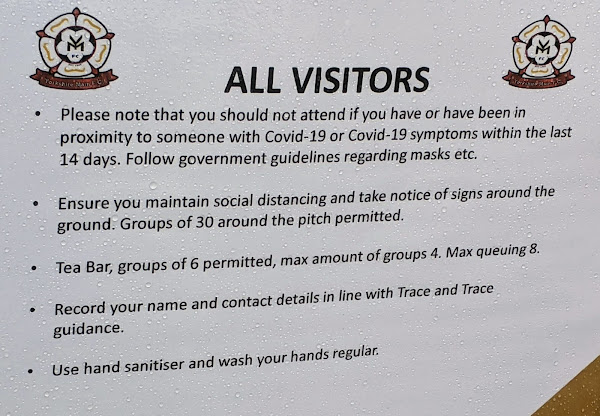 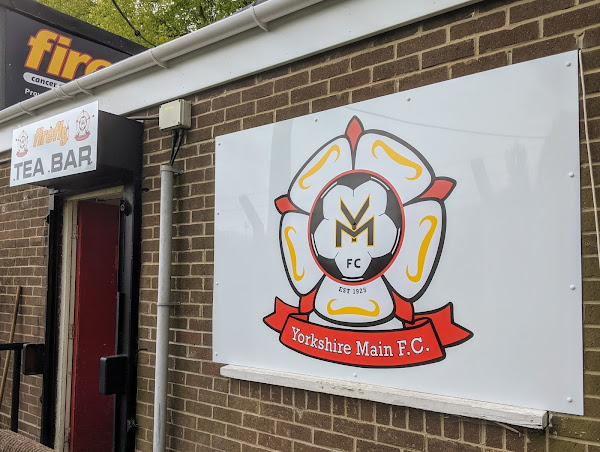 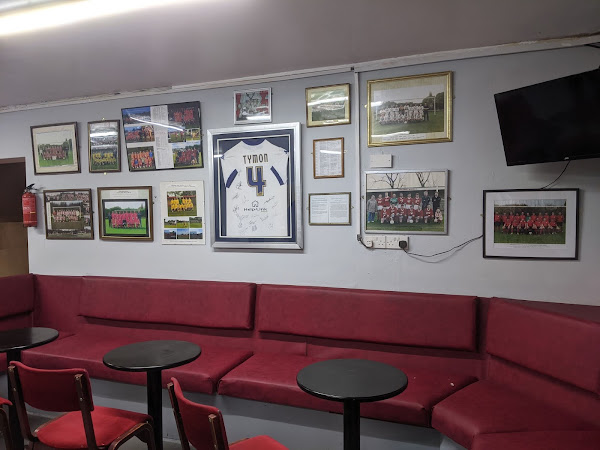 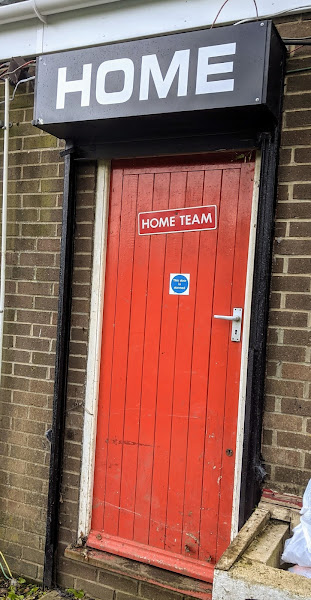 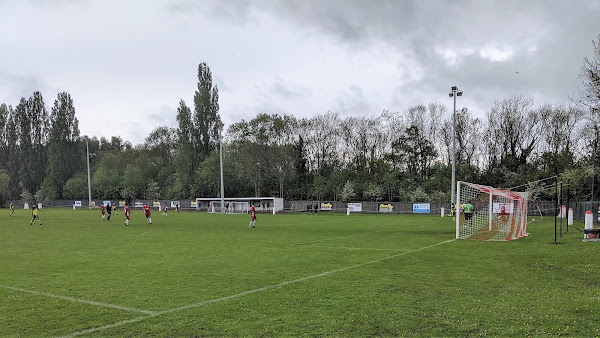 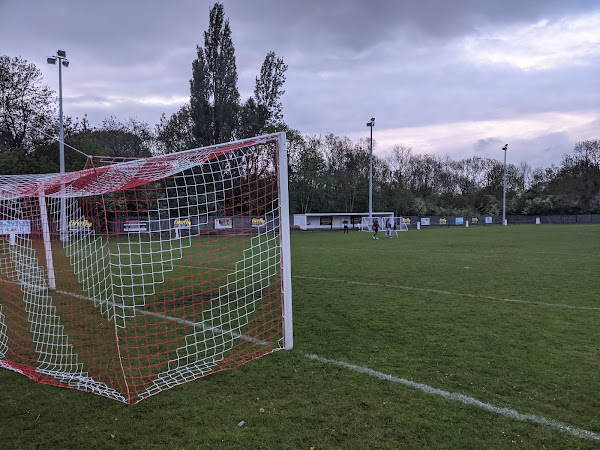 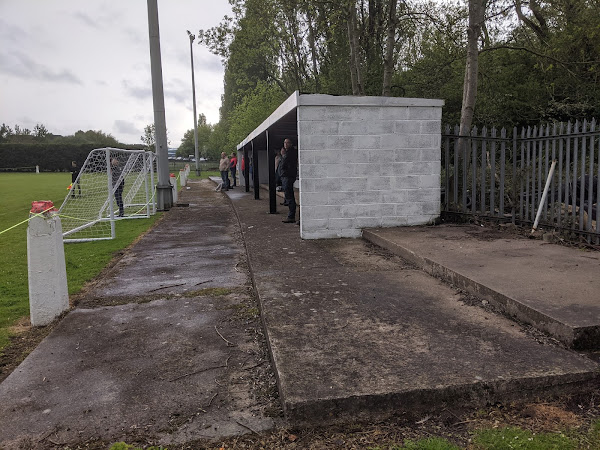 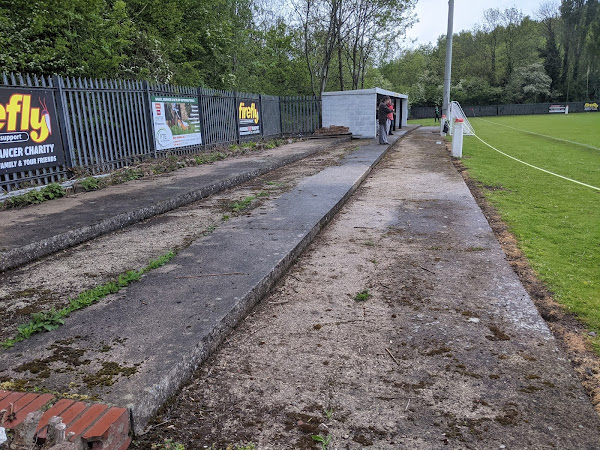 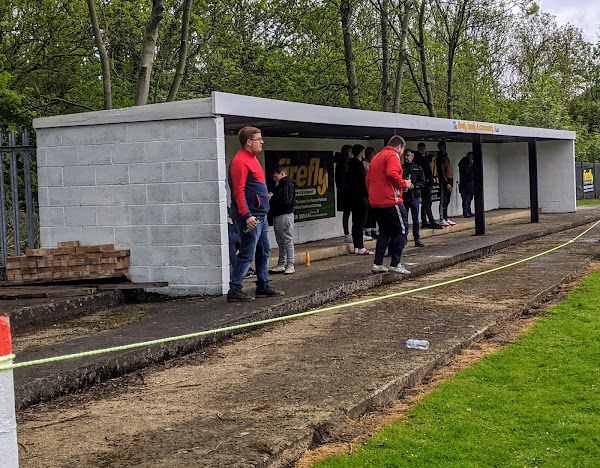 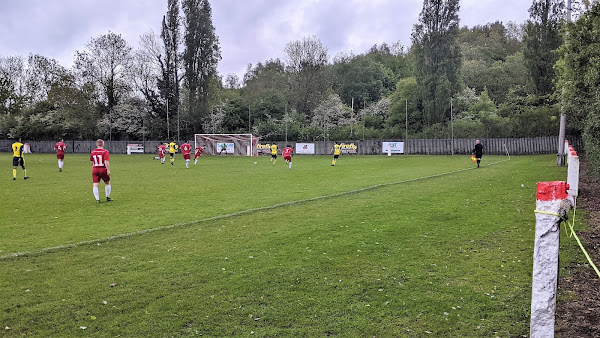 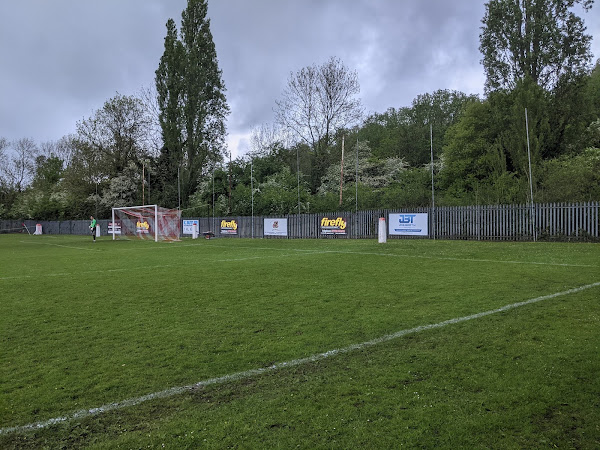 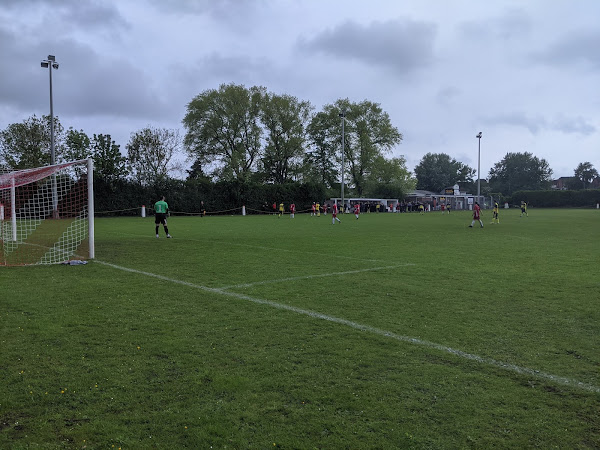 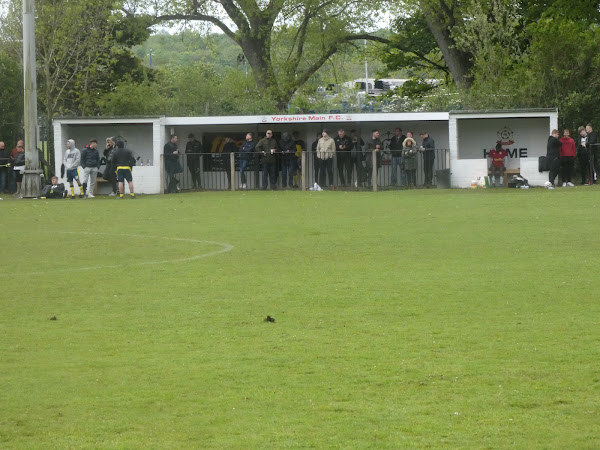 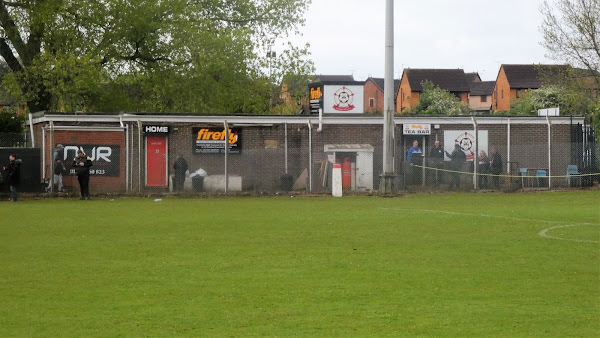 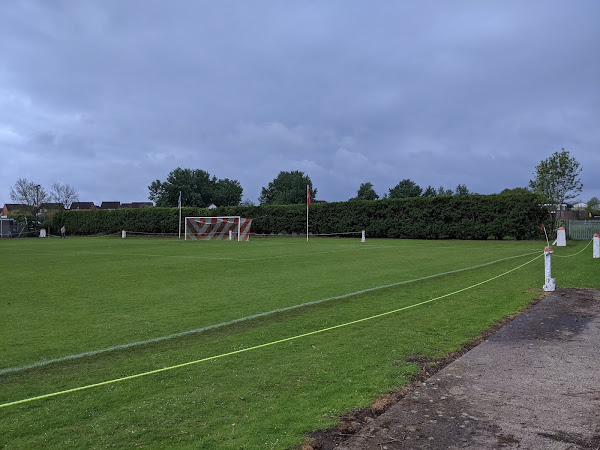