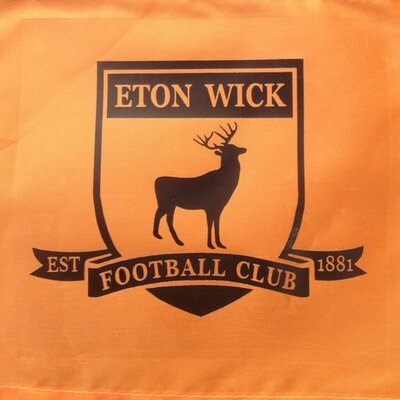 The club was established in 1881, moving to their current come in 1904. They've played in local leagues due to their basic facilities. A good spell in the 1950s saw them promoted from the Windsor, Slough & District League Division 2 in 1953 and then Division 1 the following season. They'd spend 37 consecutive seasons in the Premier Division, winning the title in 1975 and 1987. The club joined the Chiltonian League in 1991, winning Division 1 in their debut season and the Premier Division a year later. They joined the Combined Counties League in 1993, enjoying a credible 3rd place finish behind Peppard and Ashford Town in their first season. After two mid-table seasons, they rejoined the Chiltonian League, winning it in 1999 and finishing as runners-up the following season. That year, the league merged with the Hellenic League, keeping the latter's name. They remained in Divison 1 East for the entirety of their stay here, finishing as champions in 2005. A decision was made to drop down to the East Berkshire League in 2010, with the Premier Divison title being lifted in 2011 and a third-place finish being achieved in 2012. A disagreement saw manager Steve Evans resign and join Wraysbury Village, so Eton Wick sat out the 2012/13 season. They returned to the Premier Division in time for the 2013/14 season but a second-bottom finish in 2016/17 following years of struggling to attract players saw them only run a reserve team last season in East Berkshire League Divison 2 (step 9 of the non-league pyramid) with their first team taking its place at the start of this season. They currently sit in 4th place, though could finish as high as 2nd, although that would take a very favourable run of results with many teams having games in hand.

Though they've never entered the FA Cup, Eton Wick did enter the FA Cup for a couple of seasons in the mid-1990s. Their best season came in their debut season on 94/95 when they beat Rayners Lane, Southall and Andover prior to a 3-1 defeat at Met Police in the 2nd Round. Local honours include the Berks & Bucks Senior Trophy in 1993, the Maidenhead & Norfolkonian Cup in 2011 and 2012, the Sid Hurly East Berks League Cup in 2012, the Windsor, Slough & District League Cup in 1978 and the Slough Town Challenge Cup on five occasions. The village of Eton Wick is situated between the towns of Windsor Eton and Slough. It has a population of around 3,000 and up until 1974 was part of Buckinghamshire until it was taken by Berkshire that year and is situated near the River Thames. 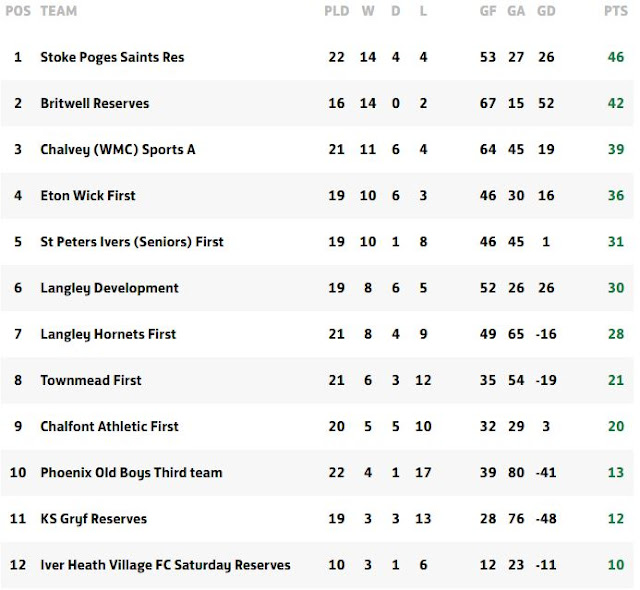 The end of the season was rapidly approaching, but there was still some life in it, even if options were limited. I only had a choice of three games lined up and two of these were as far north as Knutsford and Silsden. Eton Wick was the one nearby one that interested me. Roughly 15 miles from home, there was a railed pitch and a pretty backdrop which was more than enough for me. Initially, the plan was to park up at the ground and walk a couple of miles to Windsor for some pubs, but with the high possibility of games falling due to clubs being unable to raise a team, I decided against this as I didn't want to be left with nothing to do for a couple of hours. Instead, I decided to go into Slough beforehand for lunch, with there being plenty of choice and value there from my experience. After an early and sober Friday night, I woke up not long after my usual work time, which was a bit of a disappointment as I was hoping to get a lie in. I spent a couple of hours watching TV before getting up and having breakfast. After a shower and starting this blog, I left at 10.40, still not 100% confident that I'd see a game as both teams and the league's Twitter accounts were only sporadically updated. It was still showing on the FA Full Time site, but even that had inaccuracies from time to time. Home Bargains and Lidl were visited on the way to Slough, various bits being picked up. For lunch, I just got a few bits from Tesco as I needed to pay for parking there. It was afew miles to Eton Wick with me getting there at 1.40. The busy roads assured me that the game was on and I was pleased when I saw two teams warming up when I got pitchside. 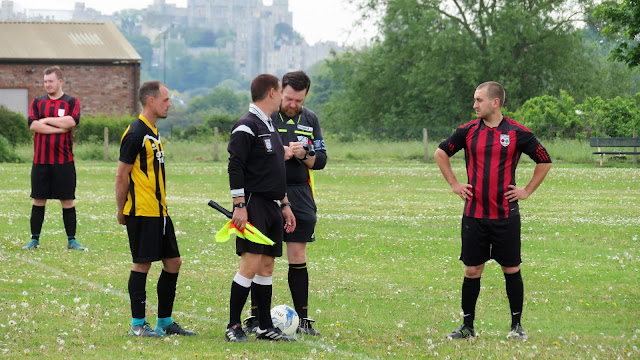 Hosts Eton Wick were defending a seven-game unbeaten run in the league, the last game coming on 27th April as they beat KS Gryf 3-1. Their last league defeat came on 16th February as they lost 4-2 at St Peters Iver. Visitors Britwell Reserves had a home walkover in their last game on Tuesday as opponents St Peters Ivers were unable to field a team. But other than that, they were in pretty decent form and had won 4 out of their last 5 games, most by a healthy margin. Ironically, their one defeat came in the reverse fixture of today's game with Eton Wick triumphing 6-2 at Britwell. It was slightly confusing with the hosts lining up in their away kit as Britwell had bought their black and amber kit which matched the hosts and it was something I only noticed once I saw one of the team's badges. Despite the hosts starting with just nine men, owing to player shortages, they were the better side early on. The linesman's job was staffed by volunteers and the one on my side spent the first half running the line with a pint in his hand. It was around 19 minutes in that saw the first chance, the number 6 for Eton Wick having a decent header from a cross, but the visiting keeper saved well. Britwell took the lead on 28 minutes though, a good move and ball into the area found a player who finished tidily from around 10 yards. A couple of minutes later, Eton Wick had a penalty appeal, but in truth, their number 14 lacked pace and went down easily after the defender caught up with him. He injured himself in the move, with his rib popping out, and although he gamely carried on, he was eventually replaced by a latecomer. The extra couple of men told in the second half, on 52 minutes the Britwell number 9 hit the right-hand post and the ball rolled across the line before eventually being cleared. The visitors made it 2-0 on 61 minutes, a good run and dribble into the area by their number 3 saw him slot home to double the advantage. On 73 minutes, Eton Wick got a goal back on the break, a long ball forward found a striker who latched onto it and finished from the edge of the area. Britwell made sure of the win on 83, making it 3-1 with a long-range shot that I just saw the aftermath of thanks to walking around getting some more pictures. The win was complete a few minutes from time, #15 got away down the left and squared for #16 to tap home from close range to make it 4-1. There was still time for the visitors to hit the bar from a tight angle as the game neared its conclusion. 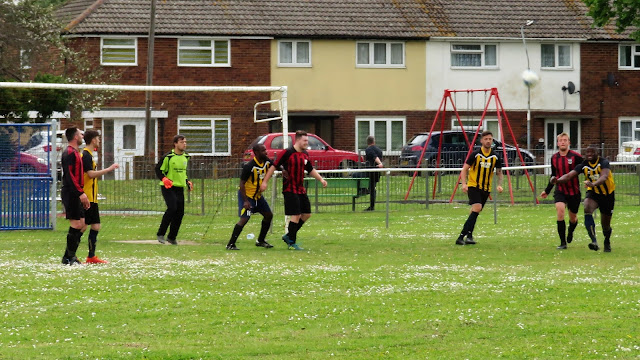 I felt sorry for Eton Wick, I was given a nice welcome by one of their officials and unlike other teams who would cry off, they agreed to play with two men short. The game finished around 3.50 and so I made my way home, listening to the FA Cup Final build up on the way. There was drizzle along the way, but nothing serious until I was about a mile from home when the heavens opened. It meant that I got soaked walking the ten yards from my car to the house, with me getting home at 4.25. I poured myself a drink, watching the Cup Final on TV as I typed my blog. It was pretty dreadful first half, Watford playing it safe and being punished as Man City got a deserved 2-0 lead. There was a brief resurgence from Watford at the start of the second half, but in the end, City hammered them 6-0. Par for the course and I planned to be in bed before 8, getting a reasonable nights sleep before the usual terror of a Sunday morning at the workplace from hell. 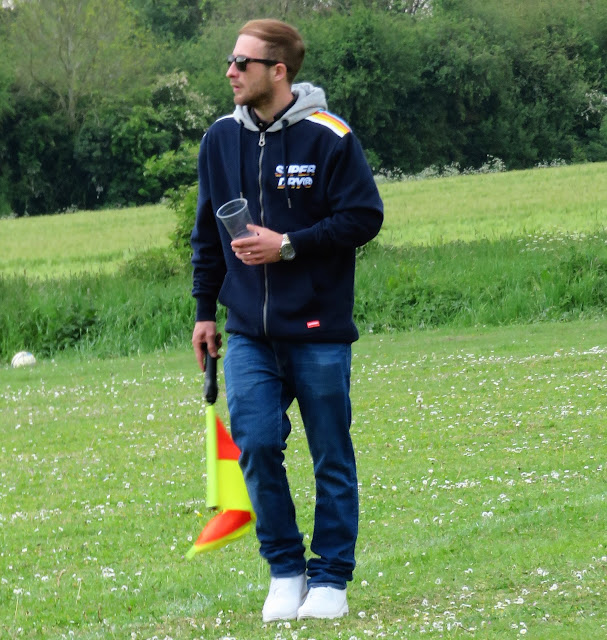 HAYWARDS MEAD is a fairly basic venue, but a decent one for the level they play at. The pitch is railed on two sides and offers the backdrop of Windsor Castle. Facilities at the ground include a club with a nice bar, this appeared to have a reasonable range of drinks and real ale from Rebellion, but I didn't really check it out. It also has sports TV. There didn't appear to be food at the ground, but there were plenty of shops near the ground. These included a Chinese/Chippy, convenience store, newsagent and Indian takeaway as well as a charity shop. There was also a pub near the ground. 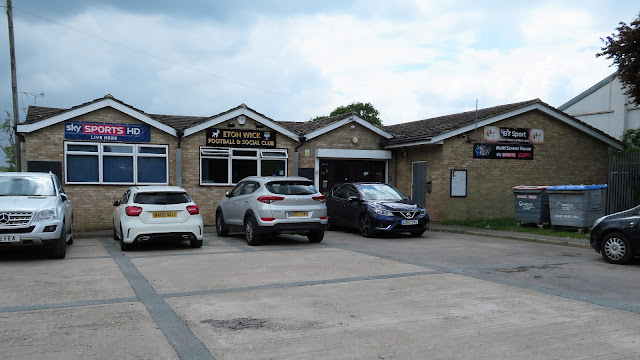 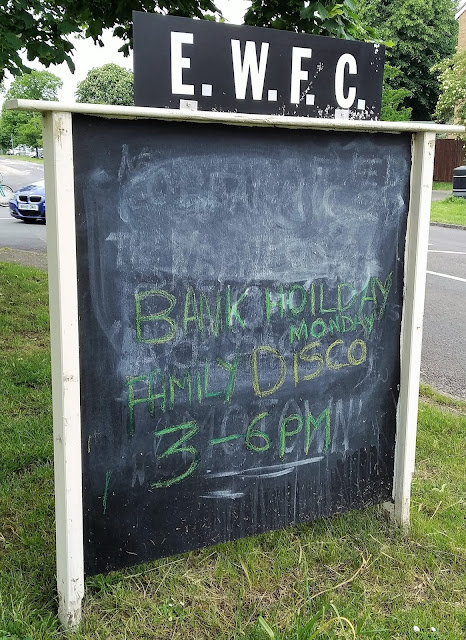 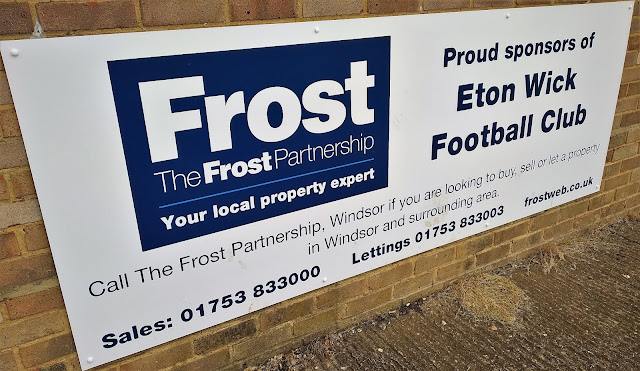 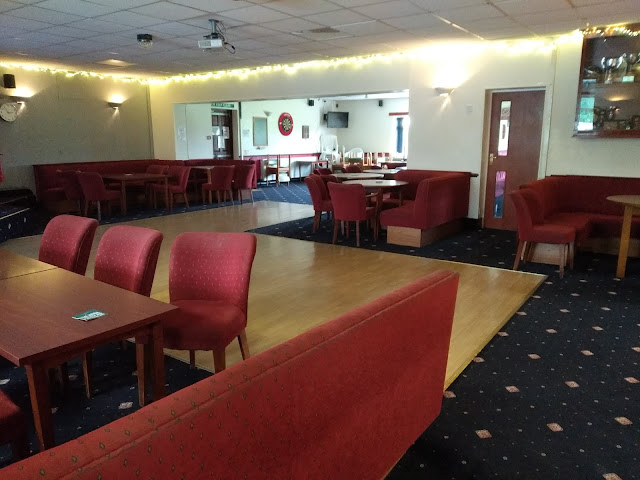 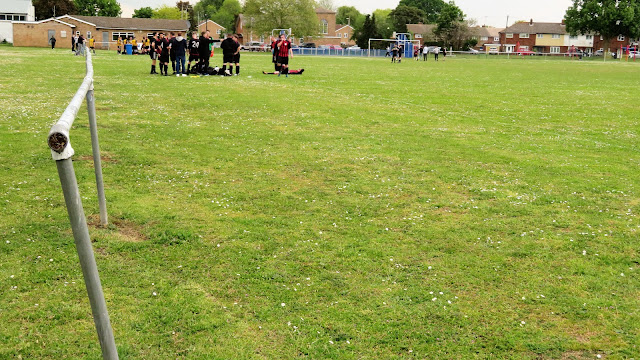 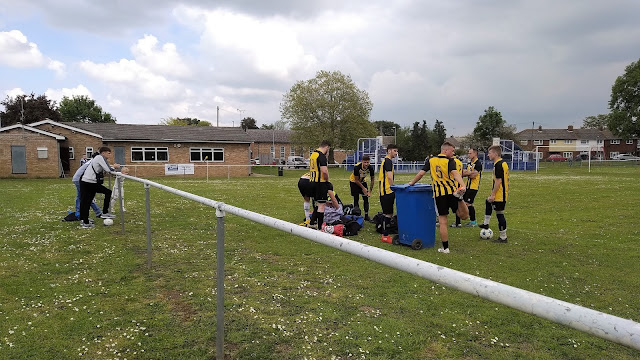 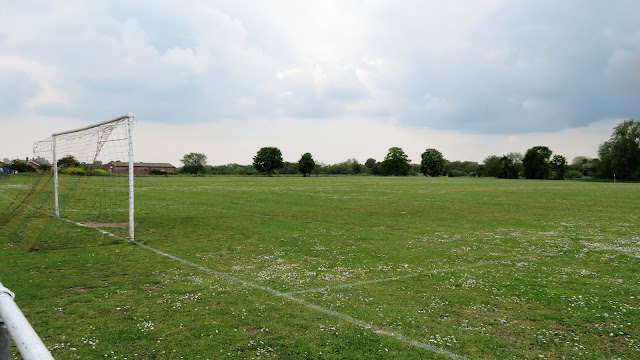 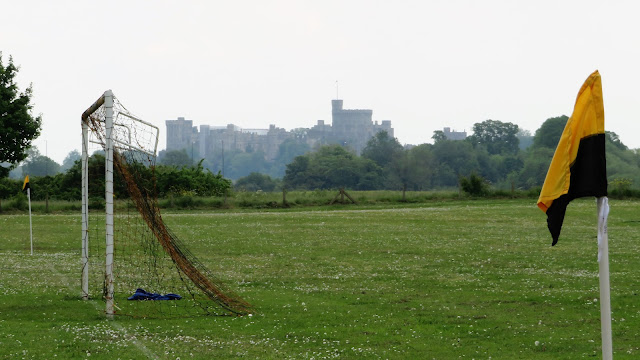 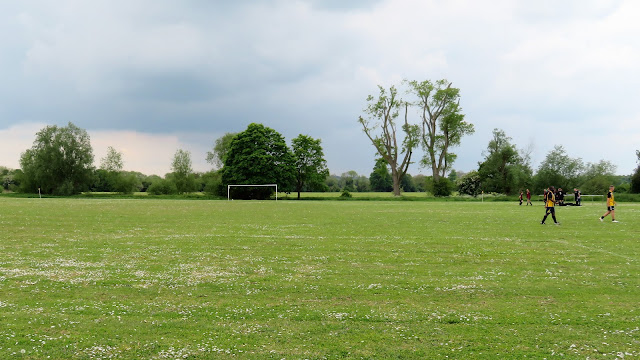 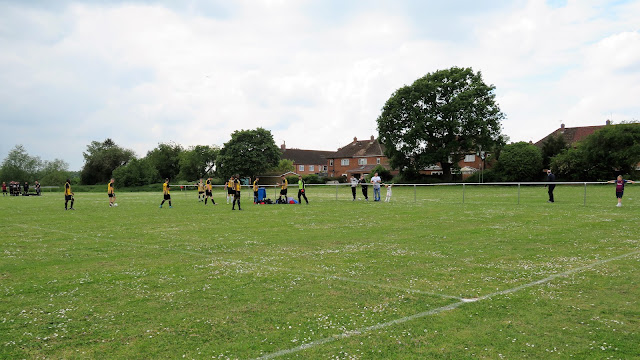