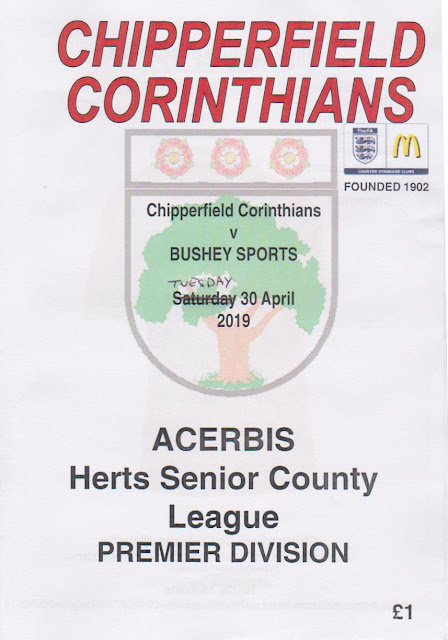 The club was established in 1987 as a result of a merger between Chipperfield and Tudor Corinthians. Both sides had a history in local leagues, Chipperfield as far back as 1902 with their first league being the West Herts League and even playing in the FA Cup in the late 1940s. Tudor Corinthians were a step higher at the time of the merger, sitting in the second tier of the Herts Senior County League (Division 1) whereas Chipperfield were in Division 2. It was a case of Chipperfield having better facilities and Tudor Corinthians being the better footballing side. The partnership resulted in immediate success with the team lifting the Division 1 title in their first season. Two 3rd place finishes were the best the new club could manage during their first spell in the top tier before they were relegated after a bottom-place finish in 1999. They bounced back immediately with a third-place finish, spending until 2006 in the Premier Division. Three seasons were spent in Division 1 before Chipperfield Corinthians finished in a runners-up spot behind Cuffley in 2009 to seal promotion back to the Premier Division. Despite a 5th place finish in their first season back, the club has struggled for form in recent years. That was until this season which has seen a vast improvement with Chipperfield Corinthians looking set to match their 5th place finish of 2010, a placing last bettered in 1995.

The club has yet to enter the FA Cup or FA Vase due to lack of facilities, but they have won a number of local cups. These include the Rickmansworth Charity Cup (1988 & 2000), Herts Intermediate Cup (1988), Apsley Senior Cup (1991), St Mary's Cup (1995) and the Aubrey Cup (1996). The village of Chipperfield has a population of around 1,750 and is located near Watford & Hemel Hempstead in Hertfordshire. Famous past residents include the film director Peter Sellers who lived there from 1959 - 1962. Former US President can trace his roots back to the village - his ancestor John Carter owned Jeffrey's Farm, located to the south-east of the village. 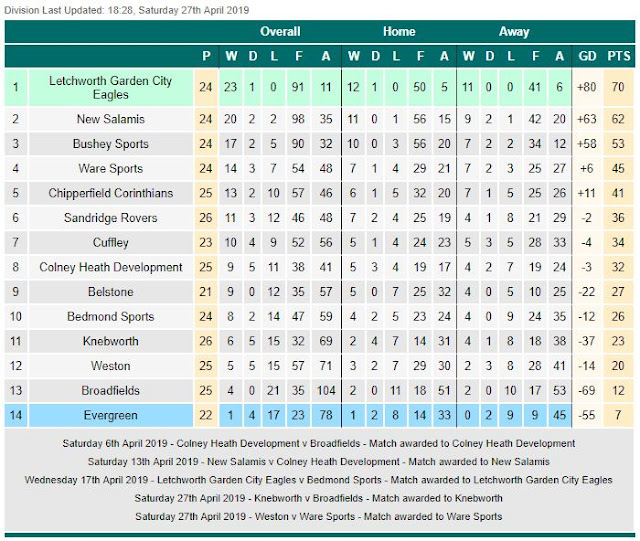 Despite games drying up with many leagues having finished their seasons early, there were still a choice of a couple of games as well as potential playoff clashes. When the latter failed to throw up anything that took my fancied, I opted for Chipperfield Corinthians over Bearstead. It was a fairly basic setup, but good enough for me with a railed pitch and a clubhouse. Plus it was a 7PM kickoff and only 15 miles from home which was a bonus with work at 4AM in the morning and spending around £45 going to Wimborne Town v Chesham United on Saturday. The day of the game came and I had a reasonable nights sleep, though I still woke at 5 am thanks to an early night. It was my standard routine on my day off of a walk down town in the morning, then in the afternoon I watched TV and listed some old programmes on eBay. After a dinner of stir fry, I left home at 6.10 with hopefully enough time to drive the 13 miles for the 7PM kickoff. The journey was fairly quick although there were plenty of single track roads to contend with. I got there at 6.35, parking up around five minutes from the ground as parking in the road itself was difficult and the club only had a small car park. It was good to see some familiar faces in the form of hoppers Chris, Gyles and Vinny, all in all, there must have been around 30 in attendance. They were not charging entry but were surprisingly doing a programme for £1, so I got one. I was glad I got there early, with all the players arrived, the game kicked off at 6:45 - 15 minutes ahead of the scheduled 7PM kickoff. 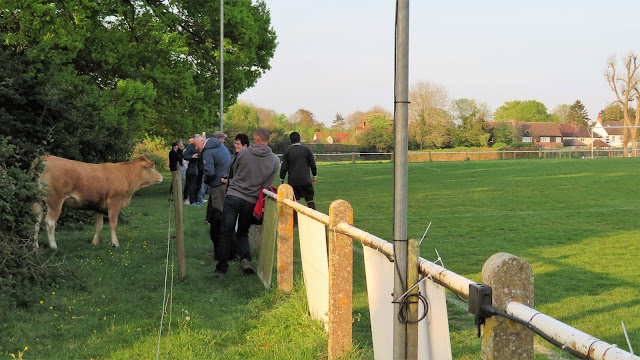 Following three defeats in a row during a weather-disrupted January and February, Chipperfield Corinthians had enjoyed a good start to Spring with 4 wins in a fow, including a 9-0 thumping of Broadfields. The gloss had been taken off with a 3-1 home defeat to mid-table Cuffley on Saturday but generally, they were in a good place. Bushey Sports didn't play at the weekend, their last game being an 8-1 thrashing of Belstone on 20th April. They too had won 4 out of their last 5 games, their only defeat coming to league champions Letchworth Garden City Eagles. Bushey Sports had been the victors, 2-1 in the reverse fixture back on 15th December. The game kicked off with several cows watching the game, albeit behind a wire fence and it must have been the most rural location that I've watched a game in. Visitors Bushey Sports were the brightest side in the first half, but they didn't really create any chances that tested the Chipperfield goalkeeper. For a long time it looked like it was going to be a dreaded goalless draw - which would have been my second in succession after Saturday. It was a very physical game though with the Bushey Sports number 15 getting involved ina number of spats with the Chipperfield players with provocation from both sides to be fair. It inevitably descended into handbags - nothing major, but it resulted in the referee frantically whistling to try and restore order. A goal finally arrived on 75 minutes, a good layoff by the Chipperfield #10 (listed as John Smith in the programme) set up #11 (listed a Luke Peerless) who lived up to his name with a driven shot from the edge of the area into the bottom right-hand corner. The lead was doubled on 83 minutes, this time it was a nice bit of skill from #9 (listed as Adrian Abramian) who let the ball drop before shooting home on the turn from 15 yards out. Bushey had plenty of possession but never really tested the keeper. That was until a few minutes from time when a player blasted into the top corner from the outside of the area for the goal of the game. I'm not sure who scored it (or confirm who the Chipperfield scorers were as it's not been announced online yet) The scoreline was a bit harsh on Bushey, but it came down to who took their chances better on the night. It had been a good night in good company anyway and I listened to the football on the radio on the way home, Spurs losing at home to Ajax in the Champions League. I was in by 9 and in bed shortly after, but I didn't get to sleep for a couple of hours. Still, most Tuesdays, I wouldn't have even been home at that point, so I felt a lot better when I woke for work at 4 am tomorrow morning. 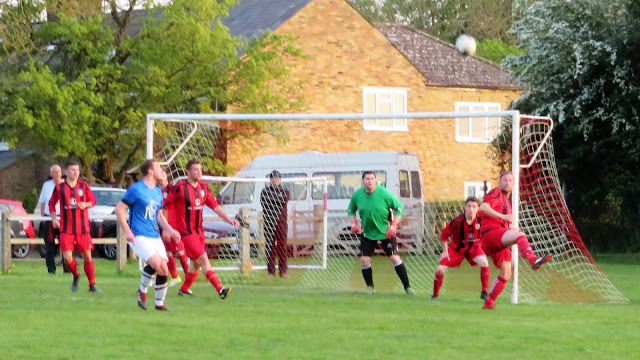 QUEEN STREET is a nice ground for step 7 football. Though there was no stand or lights, the pitch was fully railed and there was a clubhouse at the side of the pitch with cover at the front. Inside was a bar and snacks, but I didn't check either out as I didn't have time. There are a few pubs in the nearby village and a cafe too, though I didn't see any takeaways. There was a programme available on my visit, with lots of stats and a few notes from the club. Not a huge amount to read, but a great effort for the level and worth the £1 asking price. 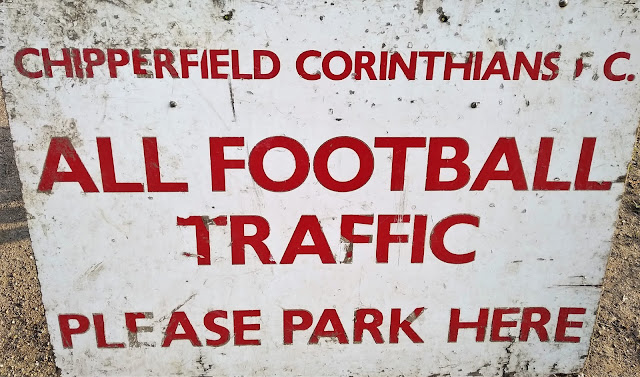 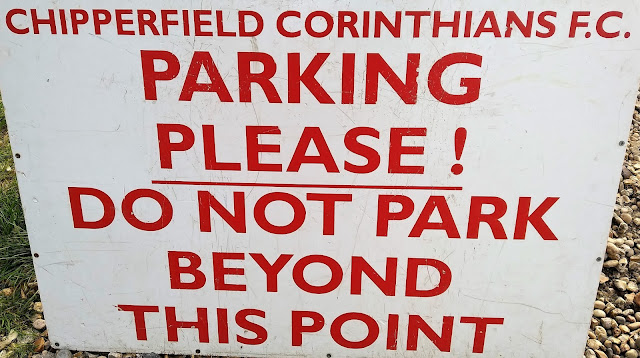 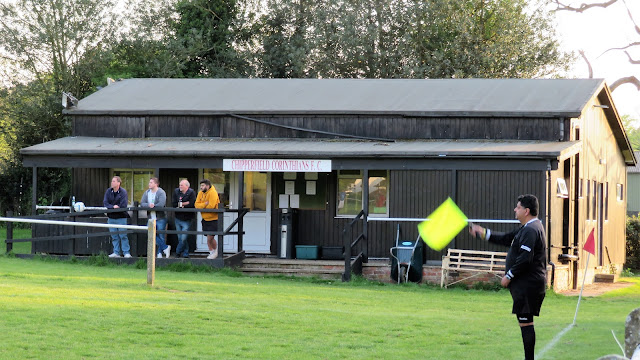 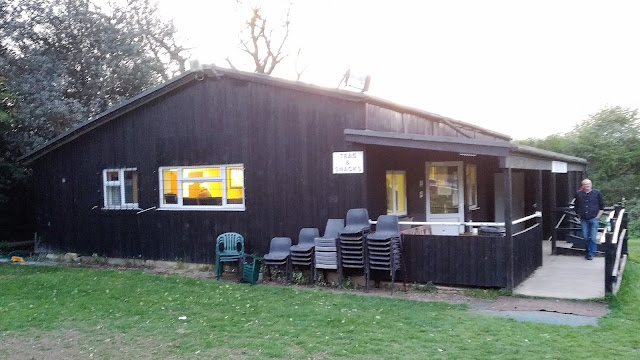 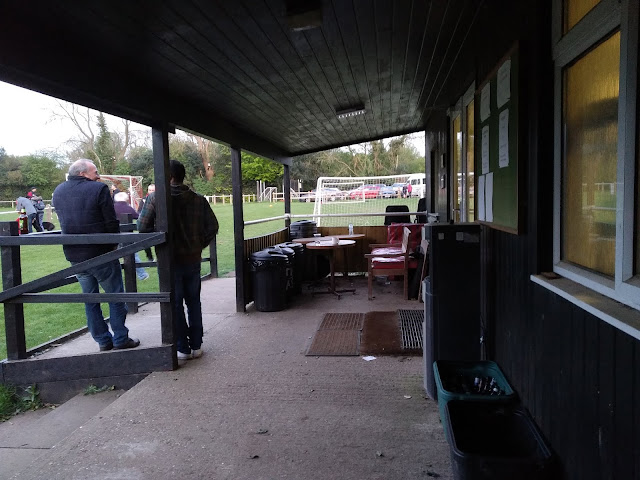 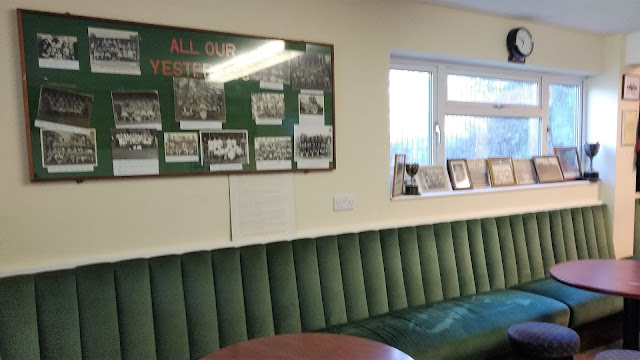 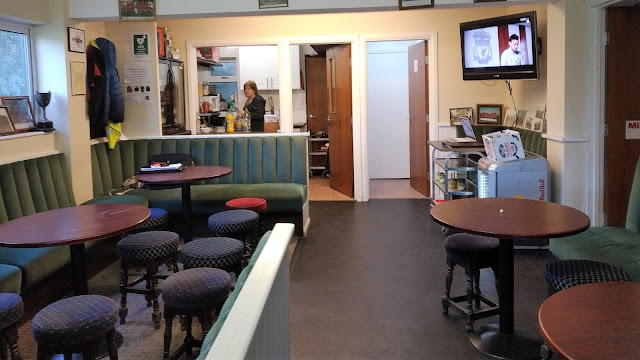 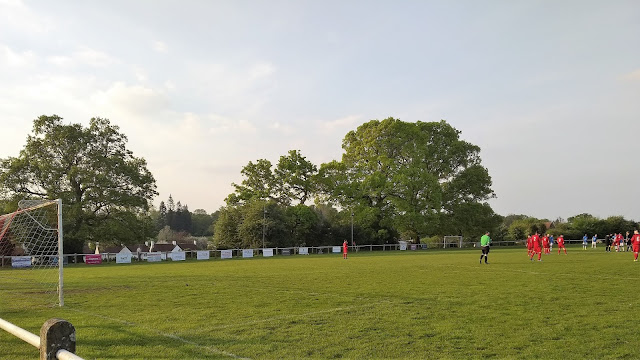 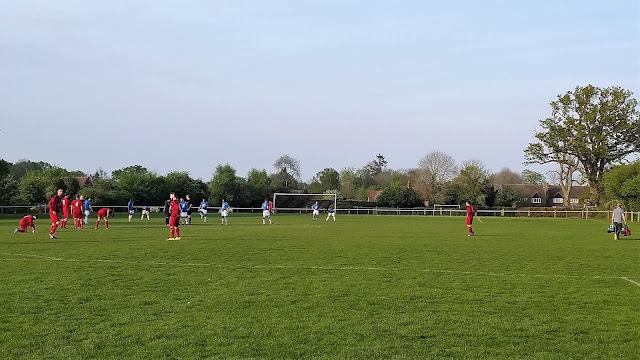 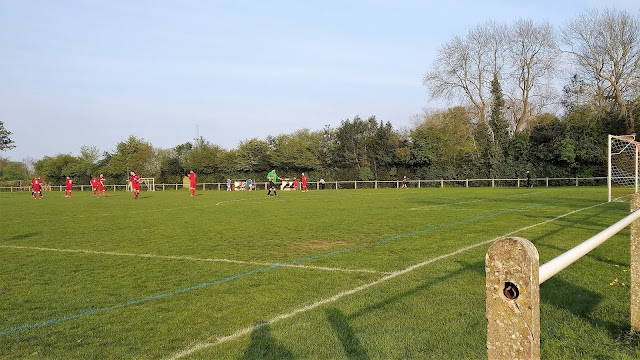 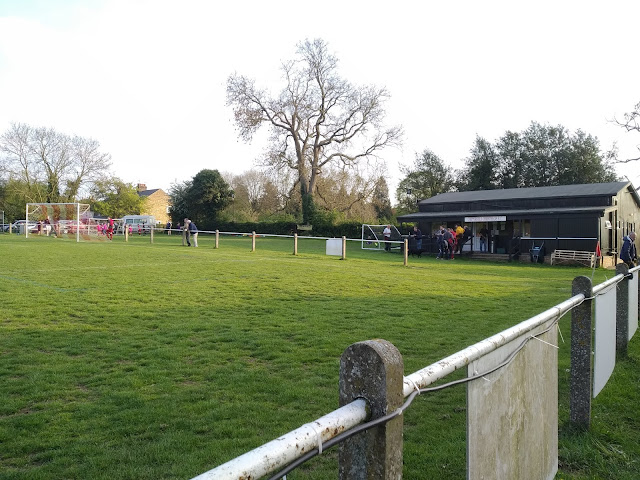