THREE BRIDGES were founded in 1901 and played in local leagues prior to becoming founder members of the Sussex County League in 1952. Starting in Division 2, they changed their name to THREE BRIDGES UNITED for 11 seasons in 1953, before reverting to their original name. It was during this time that they had their first taste of Sussex D1 football, though the 1955/56 season saw them finish rock bottom and return from whence they came. They'd continue to flit between the 2 divisions, last playing in the second tier in 1998/99 when a runners-up spot behind Sidley was enough to gain promotion back to Division 1. They would stick around this time, finishing in the top-half of the league table in 9 out of the next 12 seasons. The last of those seasons, 2011/12 saw them finish as Sussex League Champions for the first time, and gain promotion to the Isthmian D1 South. They've remained there ever since, with a 7th placed finish in 2014/15 seeing them finish in 7th place, just short of the playoffs, and recording the best ever finish in the club's history. Results have tailed off since, and they currently find themselves embroiled in a relegation battle, sitting second-bottom at the time of the game.

In the FA Cup, Three Bridges have reached the 2nd Qualifying Round on three occasions, losing to Kingstonian in 1982, Sittingbourne in 1983 and Aveley in 2002. The 2nd Qualifying Round has also proved their limit in the FA Trophy, losing to Hampton & Richmond Borough in 2012 and Ramsgate in 2013. The FA Vase is the national competition where the club has seen the most success - in 1981/82 Three Bridges reach the 5th Round, beating Old Salesians, Welling United, Ash United, Eastbourne United and Southall before a 2-1 defeat at Molesey. Local honours include the Sussex Royal Ulster Rifles Charity Cup on 3 occasions, the last of which came in 2008. 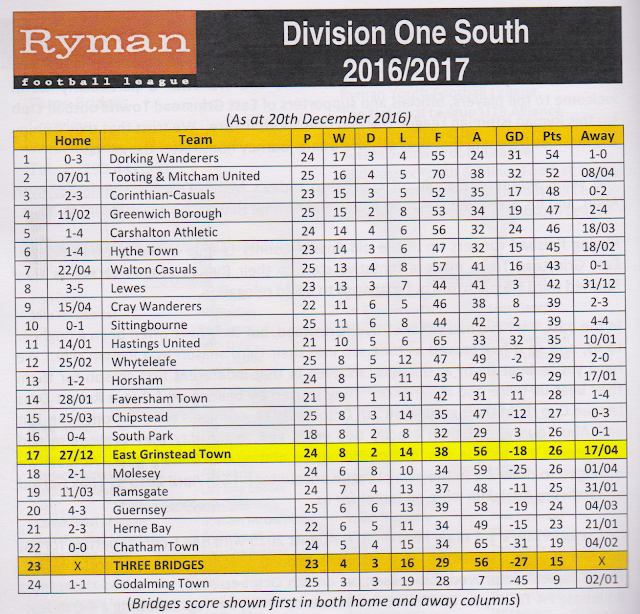 From my game at Saltdean, I was in desperate need of fuel, so I navigated to the ASDA at Brighton Marina to fill up. I also popped into the store, getting myself some chicken for lunch amongst other things. It was then a 30 mile trip to Three Bridges, with me arriving at 2pm. I paid £8 to get in, plus £2 for a programme though the latter was really unnecessary as I got a paper ticket as when I entered, which would do me as a memento. I went into the plush bar at the ground whilst I waited for the game to start, having a pint of Carling Cider whilst I typed my blog. I also caught up online, prior to going out bang on kick off to watch the game. This was to be my 100th game of the season already, and I'd reached this amount with a few setbacks when others couldn't make games I wanted to go to, which would have proved too expensive on my own. 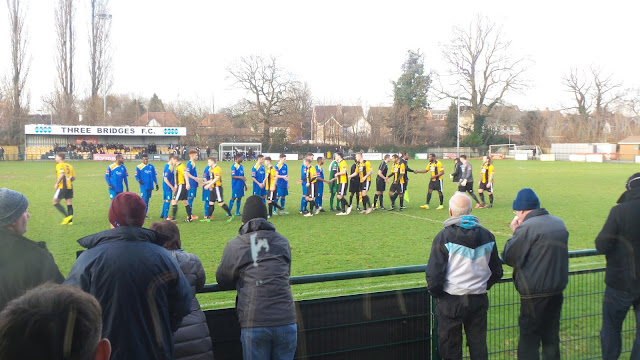 I met fellow hoppers John and Graeme who I'd seen on multiple occasions already this season.  It was a bright opening start to the game with both sides struggling in the league but creating chances. It turned out to be a good opening period for second-bottom Three Bridges who took the lead on 23 minutes with an instinctive finish by Allan Tait. They doubled their lead a couple of minutes later, Devon Fender catching the keeper out of position and finishing from outside of the area. East Grinstead pulled one back on the half-hour mark when Tashie Jay Kwayie headed home from a decent cross. The tie was turned on it's head in first-half injury time as a Marcus Elliot double exposed Three Bridges brittle defence. Both were pretty simple finishes, brought about by lack of marking. The visitors deserved their lead, just about, but both sides had played their part in a cracking game  The second half was more of the same, with the first 20 minutes seeing no more goals  On 65 minutes East Grinstead hit the outside of the post with a great free kick. Three Bridges threw everything forward for a bit, but a packed visiting defence held firm. Once they had weathered the storm they had a few chances of their own, but nothing came of them. There was pinball in the visiting area in the final minute of normal time and although the hosts bundled home what they thought was an equaliser, it was ruled out for offside. East Grinstead made sure of the win in injury time, Marcus Elliot driving into the bottom left-hand corner of the area to make it 4-2 and complete his hat-trick. This sent the East Grinstead fans who had got behind their team vocally into raptures as they secured a vital victory in this bank holiday derby. 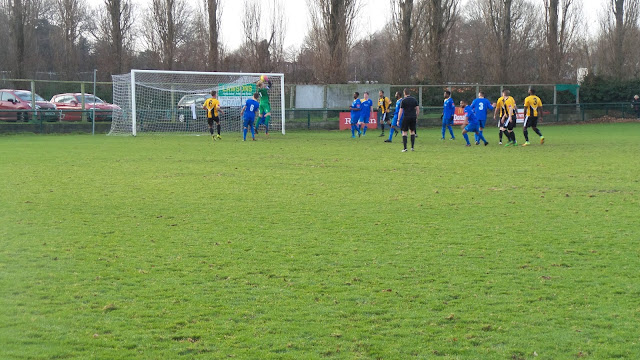 JUBILEE PARK is a smart and tidy ground, most of which is open to the elements. The main stand holds around 200 and although it's a metal 'arena' type stand, the club have done a good job of personalising it with the seats in club colours and a bold fascia which has the club's name on it. There's another smaller stand with around 70 seats  on the other side. This side also contains the clubhouse, which has some cover in front of it for around another 100 fans.

I can't remember what was around the ground but in any case the facilities at the ground are decent. The clubhouse is smart and modern, and has a fair amount of club related stuff. The drinks range is fairly typical of an establishment like this - nothing special, but does the job. Prices are in line with what I've paid elsewhere. The tea bar looked to have a good selection of food at reasonable prices, though I didn't try anything. Merchandise available at the bar included scarves and badges. 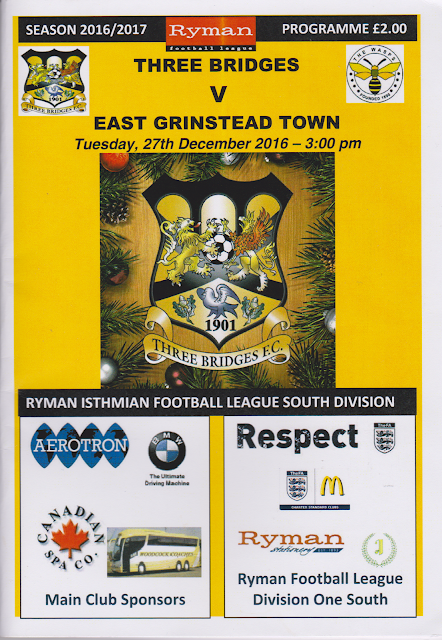 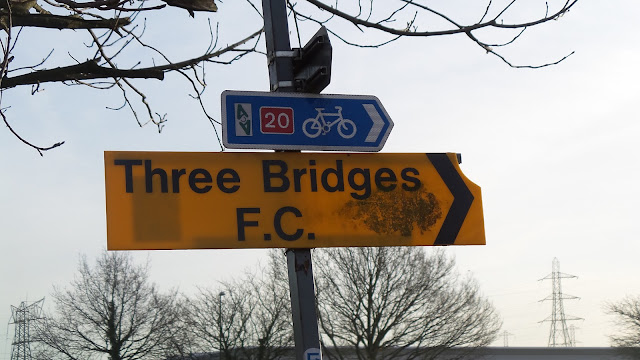 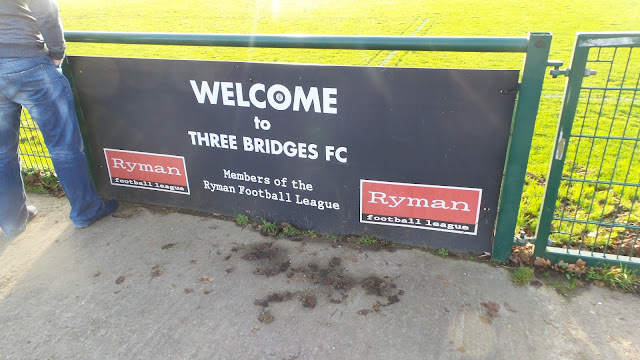 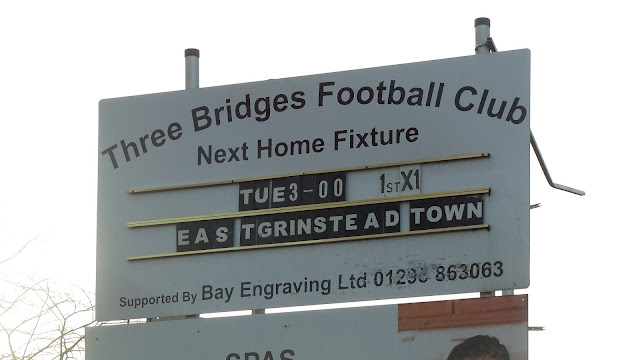 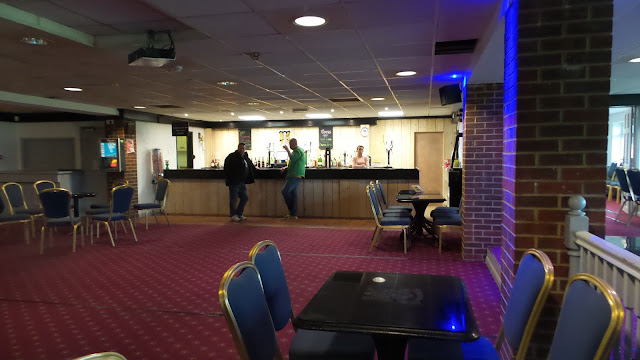 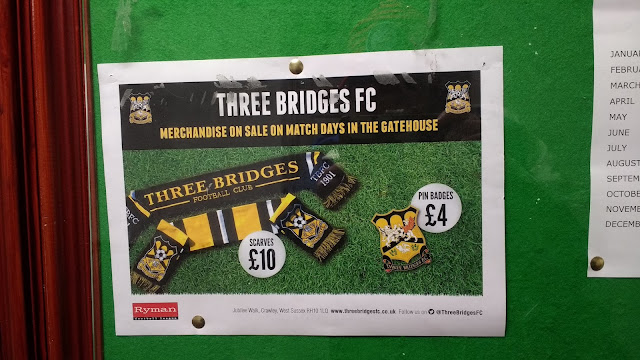 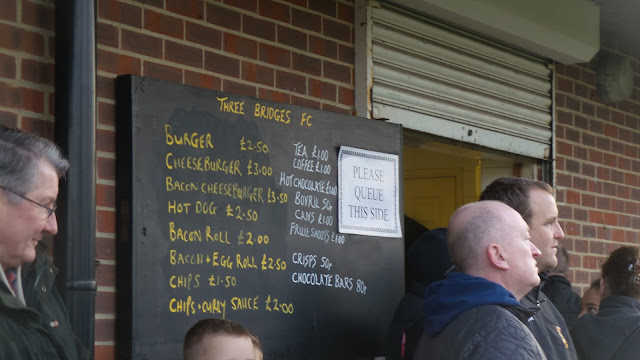 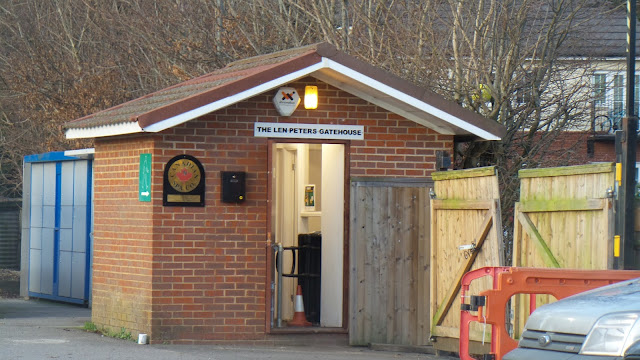 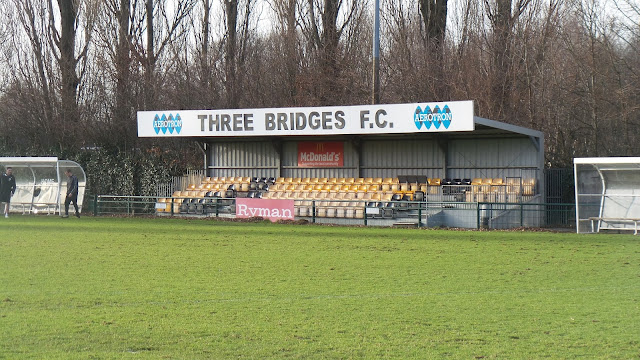 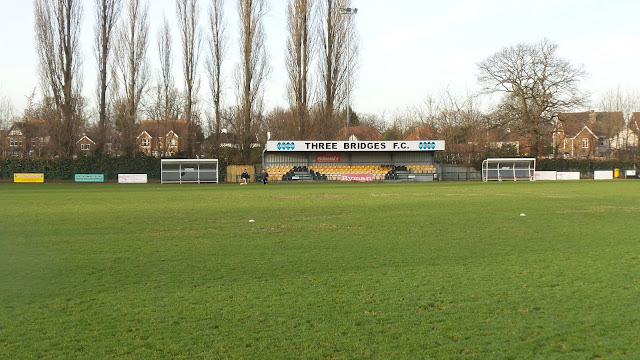 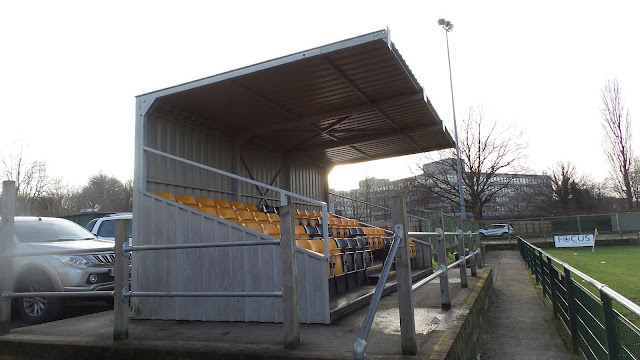 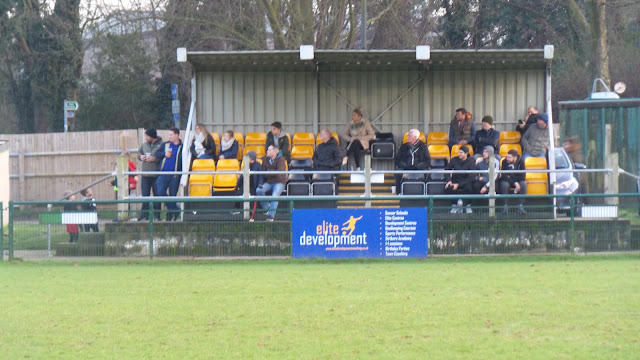 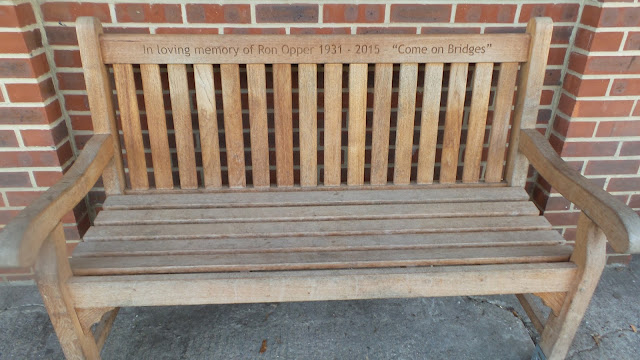 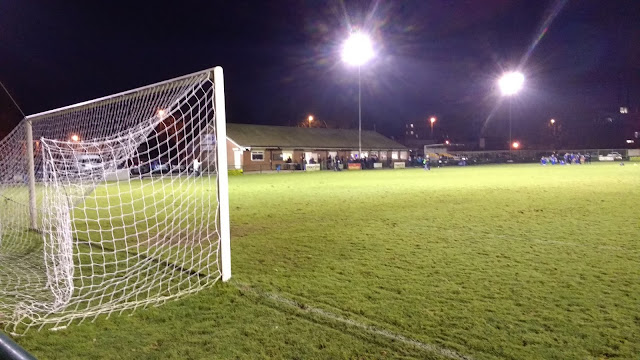 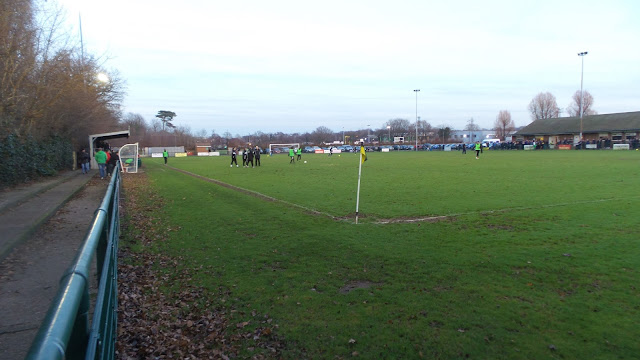 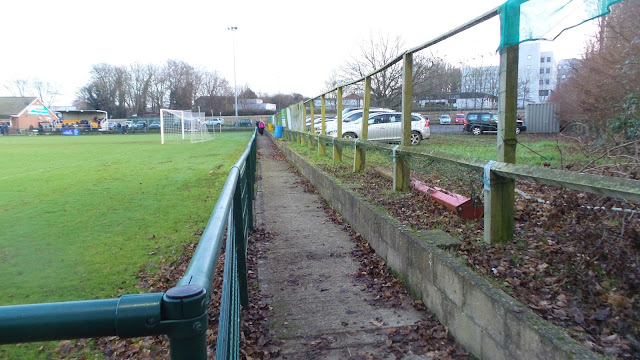