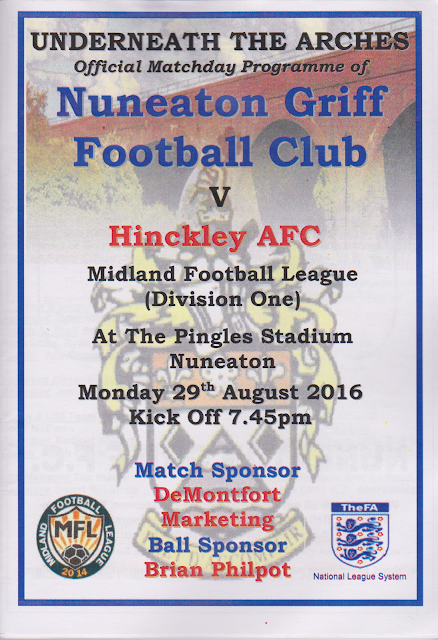 NUNEATON GRIFF FC were formed in 1972 and were initially known as Nuneaton Amateurs. They played in the local Coventry leagues up until 1999 when they joined the Midland Combination. They were an immediate success, winning the championship in their first 2 seasons. Things tailed off a bit, but they still managed to maintain a top half finish more often than not, with 2 4rd placed finishes and a runners-up spot in the intervening years. In 2014 they joined the Midland League at Division 1 level, which sits at level 6 of the non-league pyramid. After a disappointing 17th placed finish in their first season, things improved greatly last year and they ended the season in 3rd place.

The club's best run in the FA Cup came in 2012/13. They needed replays to beat Earlswood Town and Sporting Khalsa before winning a game at Dudley Town. The 2nd Qualifying Round saw them face former Conference side Hednesford Town where they were unlucky to lose 3-2. Since then success in the cup has been thin on the ground with a 10-0 defeat to Coleshill Town in 2014/15 and a defeat on penalties to Dudley Sports in a replay earlier this month. Last season;s FA Vase saw their best ever run to the 5th Round where they bowed out 3-0 to Salisbury. In local competitions, there has been plenty of success with the most notable win coming in 2001 when they lifted the Midland Combination Challenge Cup. 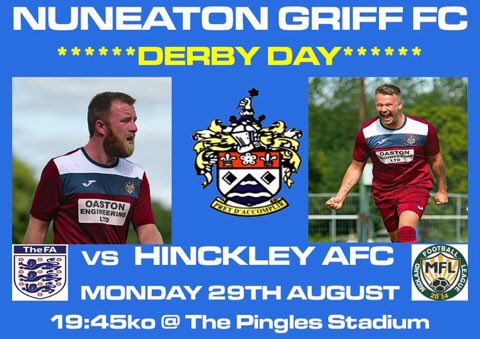 This game was planned late on Wednesday night after I had got back from an evening game at Godmanchester. I went with fellow ground hopper Chris, although he went to a nearby game instead. We were trying to figure out how we could squeeze 2 games in when I would be working for some of the morning. Initially we looked to be thwarted with all the evening games being in the far north. However Chris did some sterling research while I was making my way home and found a game at Nuneaton Griff. This was perfect as neither of us had been, plus the fact that it was easy to double up with a 3pm game. I wasn't sure what this game would be until the day before, but eventually we settled on Pershore Town which had the ideal combination of travel time and pre match refreshment. 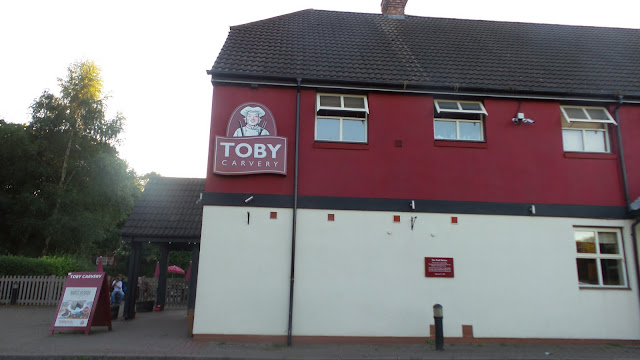 We left Pershore at 4.50, stopping at Asda on the way so Chris could get a drink. I got some crisps myself and soon we were on our way. The M5 delayed us for a while through roadworks with no one working on them and so we didn't get to Nuneaton until 6.30. BBC Hereford and Worcester kept us company, bringing some excellent coverage of their non-league sides, though not a word about the insular Pershore. The initial plan was to walk to Wetherspoons but with not much time left, we settled for a pint a Toby Carvery. Before going we picked up an excellent programme for £1 each, so we didn't have the disappointment of missing out twice in a day. At the pub, a pint of Stowford Press refreshed us and I had a chance to catch up online, including all the football results I'd missed. From there we made our way to the ground. The entry was a bargain £4. Though the stadium was not the best - I'm not a fan of athletics tracks , the place had a lot more warmth and friendliness with a lady trying hard to sell her programmes and everyone making us feel very welcome, unlike earlier. I took a set up in the stand with Chris and awaited kick off in this local derby. 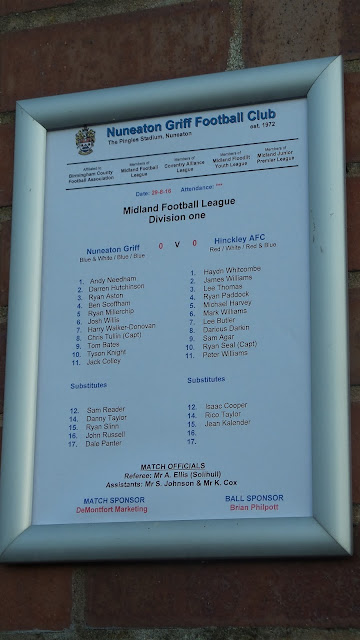 It started of typically tight, with only really half chances falling to each side. The hosts took the lead around 25 minutes in, converting a penalty that had been awarded for an infringement in the box. There wasn't much more in terms of clear cut chances, and it remained 1-0 at the interval. The second half saw Hinckley miss a gilt edged chance to equalise around 5 minutes in and for a long time it felt as though I was watching Wycombe with not a lot of quality in the final third. Nuneaton had some chances half chances too, but Hinckley finally did level on 75 minutes, firing home a diagonal shot from just inside the area.

From there we made our way home. It hab been a good day out, even if the football on display at both games had been uninspiring, as it had been in my last Wycombe game. I dropped Chris home at around 10.40, getting home myself around 50 minutes later. I went on the internet for a bit and watched some TV before going to sleep around 1am. 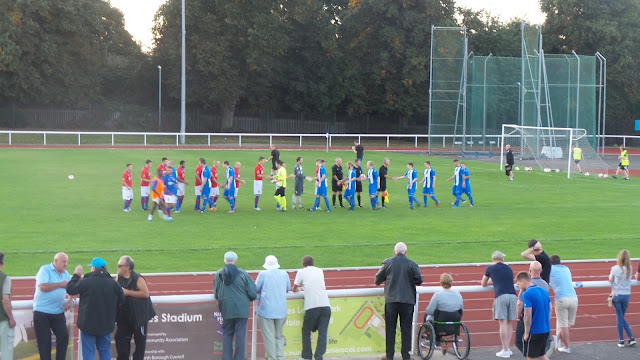 THE PINGLES STADIUM isn't the best ground in the world, being an athletics stadium with a huge track and area for other athletics related activities in between that and the stand. Neither are the facility's up to much, no bar and only drinks and chocolate bars to my knowledge.

They make good use of what they have though - entry is £4 and you get a nice welcome. The programme at £1 is excellent and better than others that charge more than twice that. Up the road is a Toby Carvery which has a reasonable range of drinks. It's the standard roast dinner food wise, though town is just under a mile away, and there's bound to be a good range there, possibly en route too. 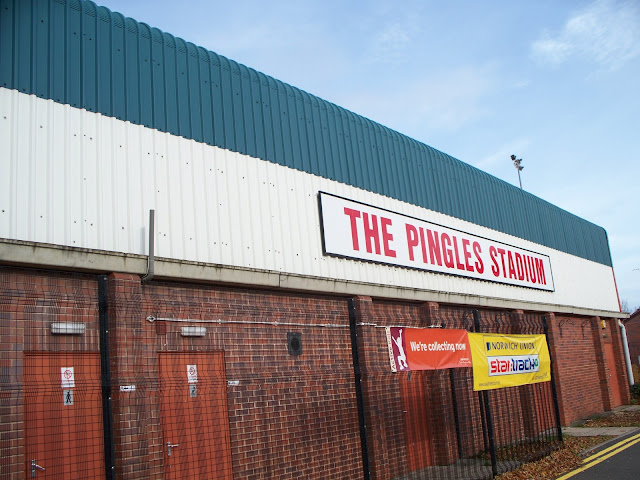 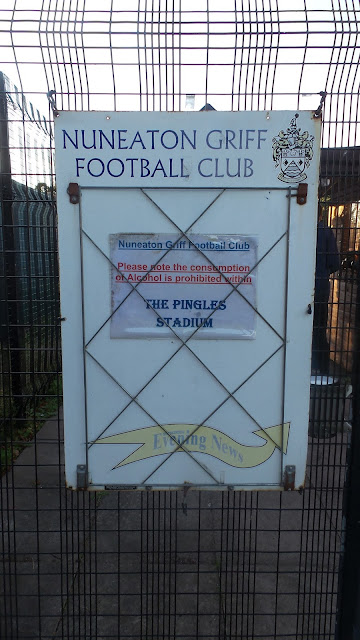 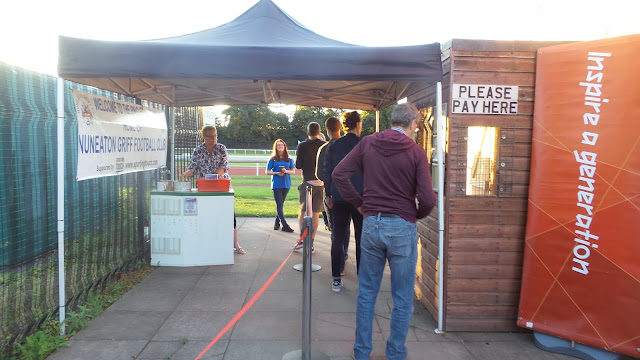 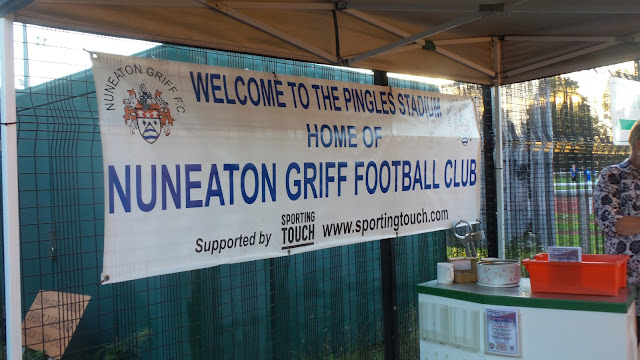 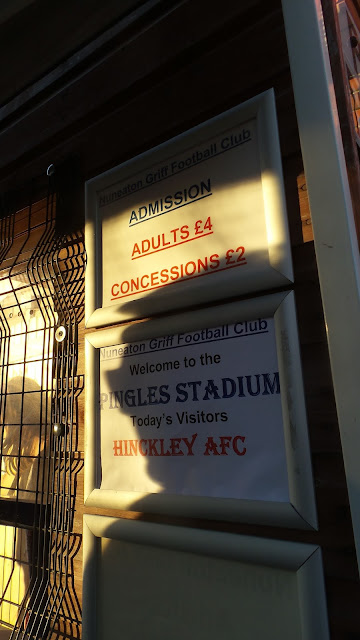 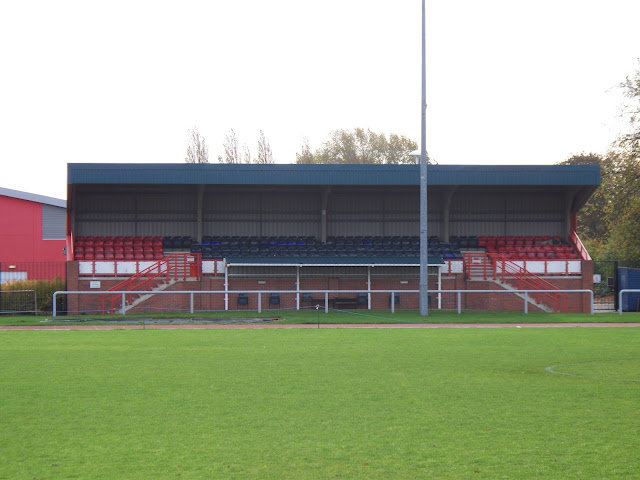 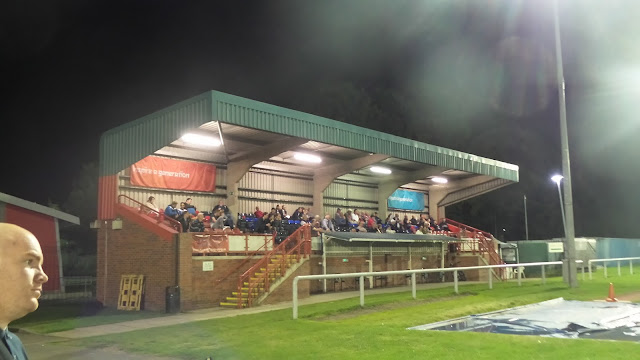 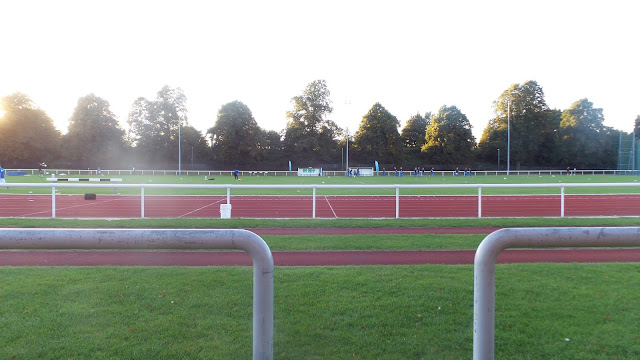 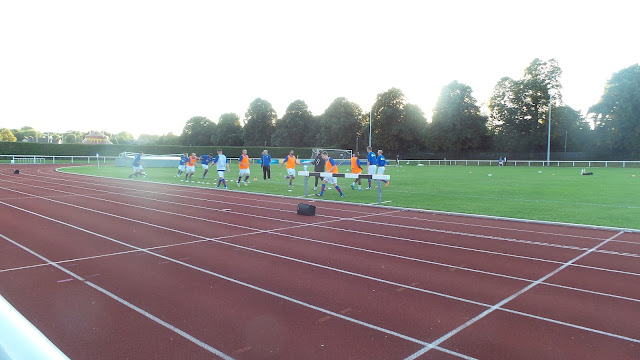 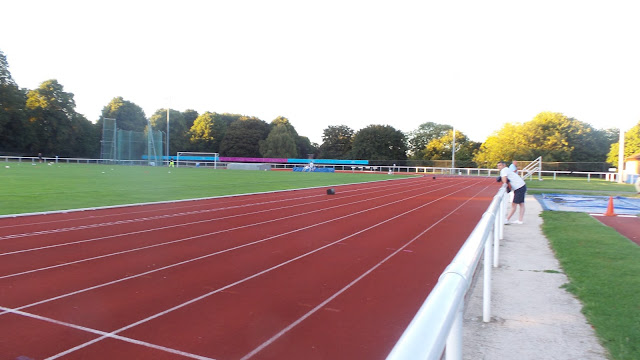 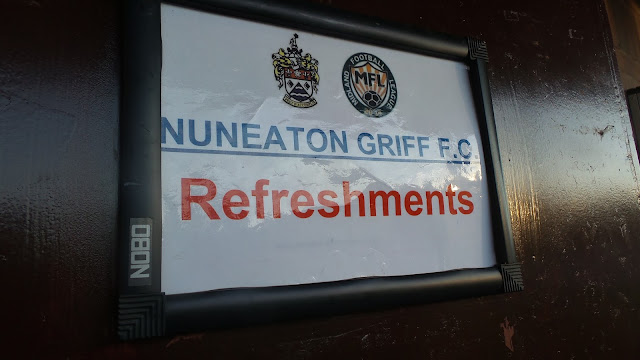 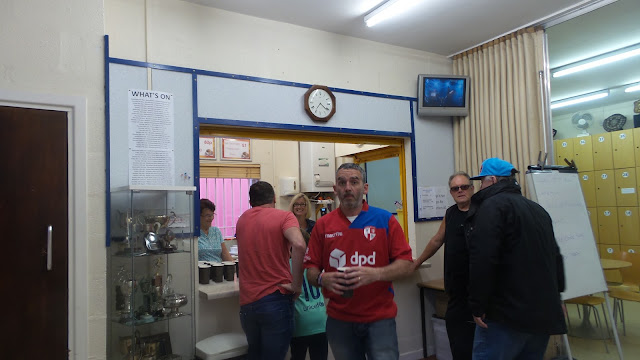