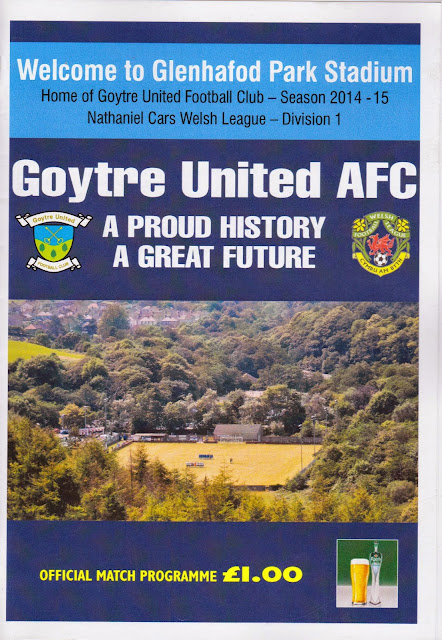 Goytre United FC was founded in 1963 and played in the Port Talbot & District League and the South Wales Amateur League during their early years. They joined the Welsh League at Division 3 level in 1991 and by 1994 had finished in a 3rd placed spot to earn promotion to Division 2. It took them a further 2 seasons to make the step up to Division 1, which sits at the second tier of Welsh Football, behind the Welsh Premier League. They have a proud record never having been relegated and have even won the Welsh League Division 1 on 3 occasions. However, they did not take the promotion to the Welsh Premier. The club don't have much of a history of playing in the Welsh Cup, but they did win the Port Talbot Challenge Cup in 1993. At the start of the game, they sat in 3rd place, with opponents Haverfordwest County a point behind in 4th. 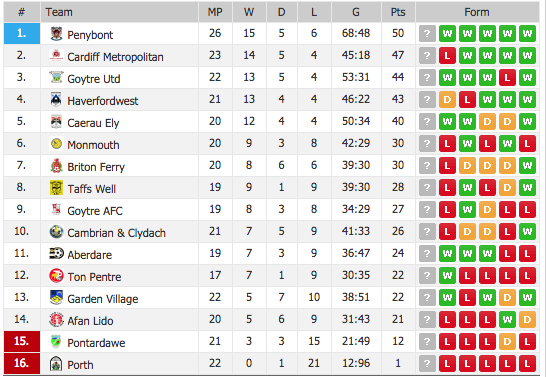 I'd long been planning to go on the Ceredigion Hop after hearing good things about the previous Welsh hops organised by Groundhop UK. I had also been also been on a couple of their other hops in different leagues and had enjoyed them, so when it transpired that Wycombe had an away game on Saturday, and I had already booked the week off work, it was a bit of a no brainer. So I was one of the first to book and pay up, putting aside any reservations that the games might be in 'fields' with no stands or anything to grab pictures of. It would have meant a very early start on Saturday, so with plenty of choices in Wales on Friday night, I decided to do a game. Most of the hoppers were heading off to Briton Ferry Llansawel, but as an Englishman who didn't have the first clue how to pronounce the last bit of their name, I thought twice. In any case, they seemed to play on Friday night a tad more often so there would be a lot more opportunity to do them another time. I had heard good things about Goytre in any case, with several hoppers listing it as one of their favourites. I had visited the town of Port Talbot before when Port Talbot Town played Bala Town in the Europa League playoff final. I'd also been to Afan Lido to take pictures but didn't learn about Goytre United until after I had been. 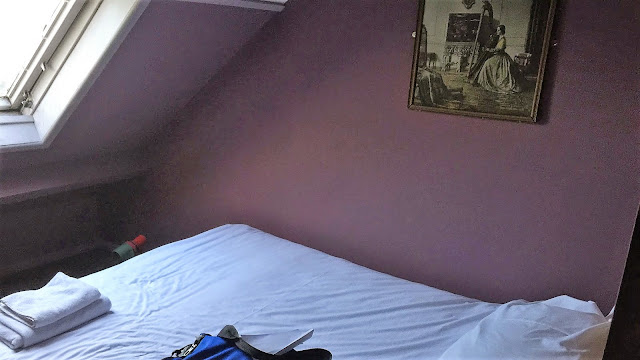 On the day of the game, I awoke at 6.30 - quite early on my day off, but I had at least had around 7 hours sleep. I watched TV for a bit, and then went online to check out some information online for the weekend. I also made a start on my blog entry for tonight, researching some club history and other facts. I left home around 12.15, stopping at ASDA to get some stuff for my weekend away along the way. I got some chicken for lunch as well as a few other bits to take with me, but a few snags occurred. First off they didn't have any diet Irn-Bru in, so I had to go without until I could go to another shop. Then it took me ages to get my phone working as I wanted due to poor signal, so I didn't leave till 1.15. Even then, the journey was as you would expect from single track roads in the sticks, a route I had taken to avoid paying the ludicrous £6.50 Severn Bridge Toll charge. I had a fair few jams to contend with and it took me 4 and a half hours to get to my B&B. When I got there the friendly proprietor gave me a nice welcome and I went up to my room for half an hour to rest. The route my Sat Nav took me was more suited to the Colin McRae Rally computer game than a normal road and I ended up on some farm. I switched to another app and that gave me the correct route. I got there eventually and was lucky enough to get the last programme. I went in the bar before the game. I was hoping for some of my favourite Welsh cider but in the end, had to make do with Strongbow. It still went down nicely though and made me feel better after a lot of travelling. 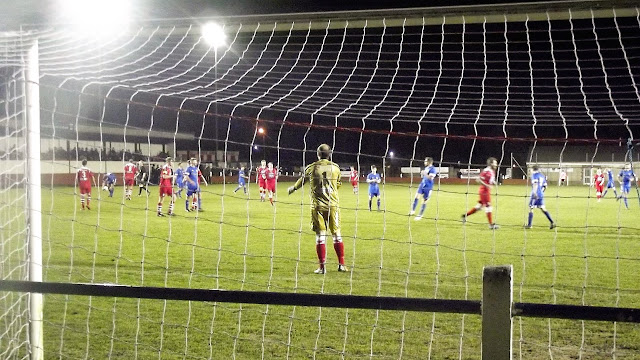 I paid a fiver to get in, then went to the tea bar and got myself a sausage roll for £1. I went around taking pictures of the ground before kick-off and checked Facebook as well as I could with the ropey phone signal. As for the game, the visitors Haverfordwest, playing in red had much the better of the opening stages. They had the ball in the net on 25 minutes, but it was disallowed for an infringement. Goytre United came back into it as the half came to a close, but it was goalless at half time. There were plenty of meaty tackles flying in from both sides and as a result, the referee had his yellow card out on several occasions. Haverfordwest were awarded a penalty on 63 minutes after one such incident but the spot kick was straight at the keeper, with one of the defenders being fouled during the resulting melee. There were lots of good intentions but little in the way of quality finishing. Finally around 5 minutes from time, the home side took the lead with an absolute rocket of a shot from distance. It was on a really quick break and even caught me off guard as I had been trying to film some of the chances where I thought a goal might be possible. Thus seemed to gee Goytre up and they pushed forward in pursuit of a second goal. Haverfordwest deserved something though and they grabbed a scrambled equaliser as it came to the end of 90 minutes. Despite chances for both sides in the lengthy injury time period, that's how it stayed. After the game, I made my way back to my hotel. I was straight out on the town, on the hunt for my favourite cider. The first place was a hit, the Wetherspoons nearest my accommodation bought me a new cider from my favourite brewery called Ancient Warrior. It was then on to the 'No name wine bar' where I had a pint of Happy Daze. I then went next door to the other Wetherspoons in Swansea called The Bank Statement. Here I had a pint of Gwynt y Ddraig's signature cider which went down very nicely. I then called it a night, getting a spicy chicken burger meal on the way back to my room, and falling asleep pretty quickly.

GLENHAFOD PARK STADIUM is set right in the middle of the countryside and so the whole ground is surrounded by greenery. The only covered accommodation at the ground is the large main stand, which stretches the whole of the pitch and has the capacity for a few hundred. The rest of the ground is open standing. The bar and tea bar are quite basic, and although they do the job well enough, it might be worth stopping on the way as I didn't see anything near the ground. Everyone was very friendly and the club are well worth a visit if you like scenic grounds. 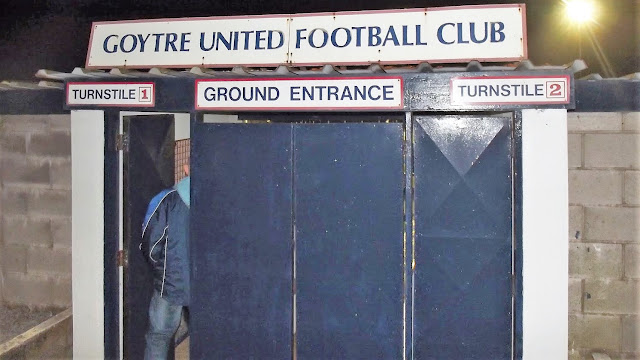 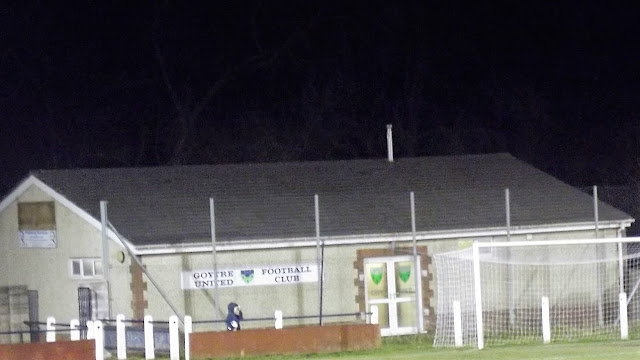 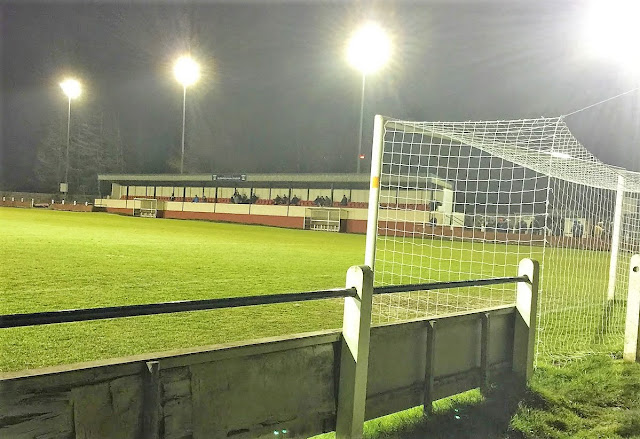 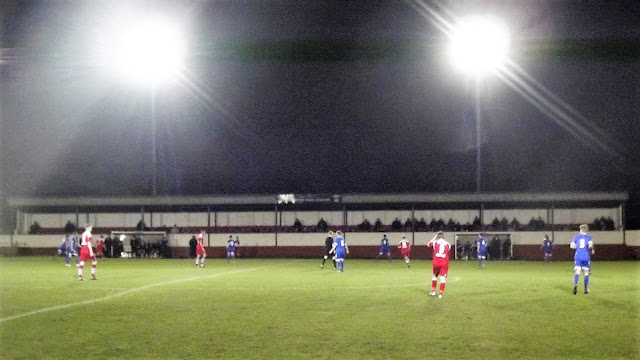 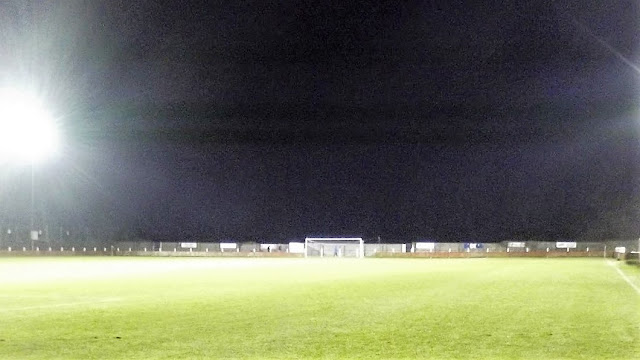 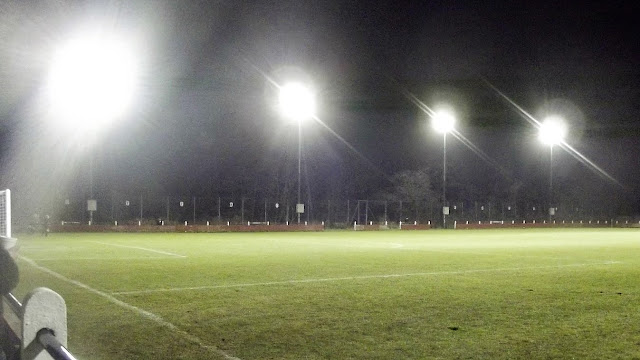 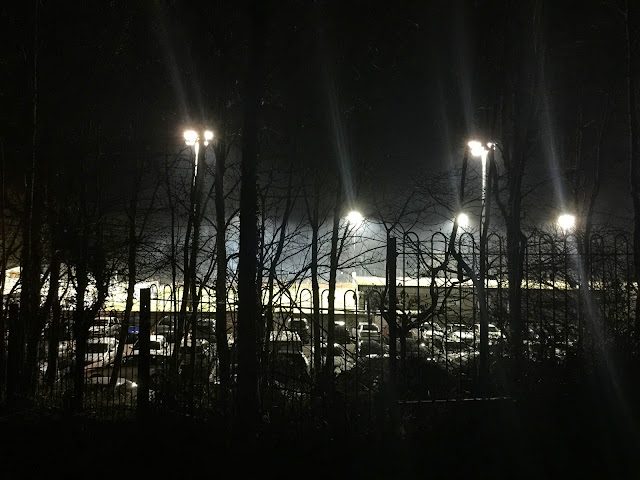