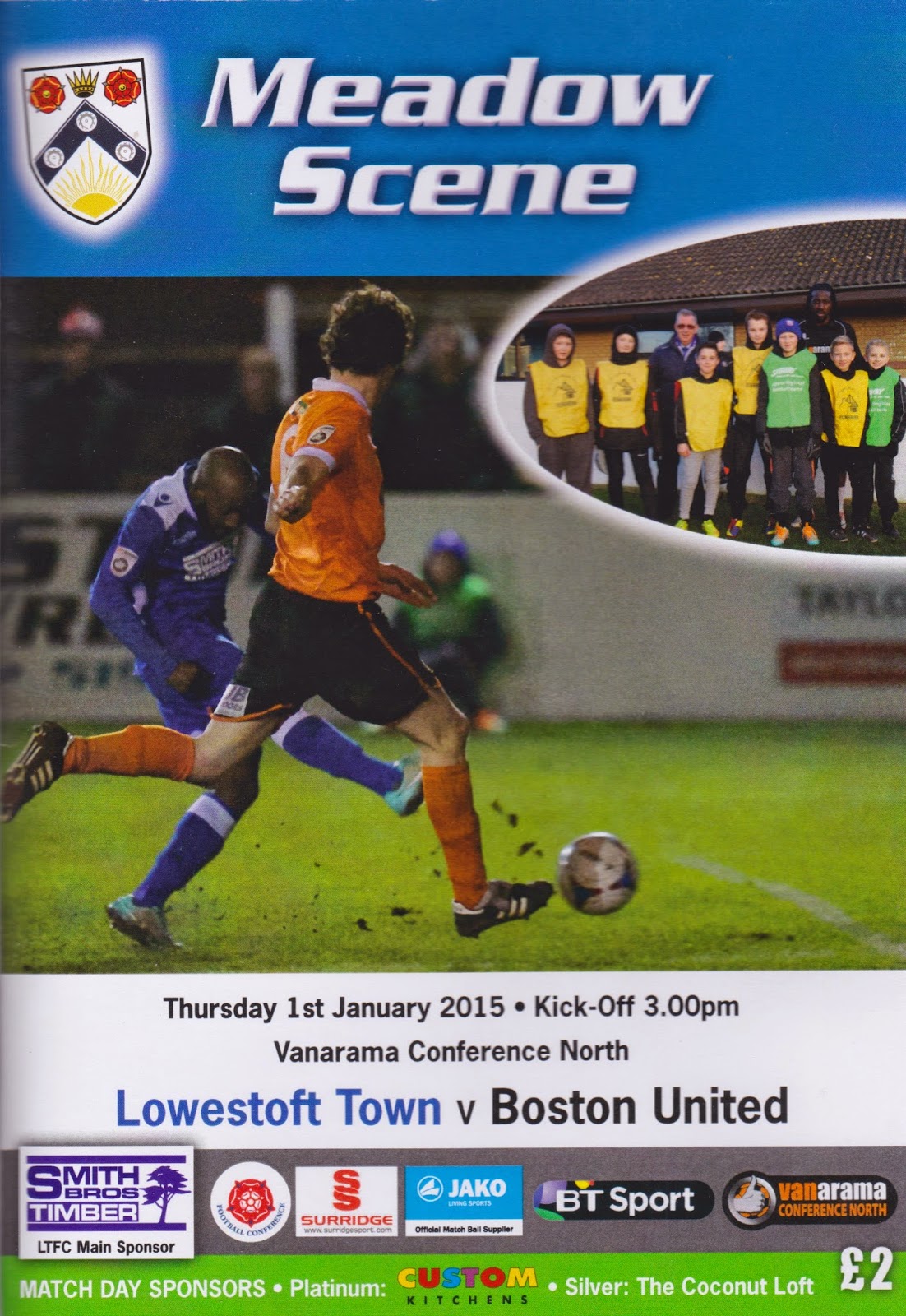 LOWESTOFT TOWN FC was formed in 1887 and played in local leagues until 1935 when they joined the Eastern Counties League. They enjoyed unbroken membership right up until 2009 when they decided to make the step up to the Ryman League, having been Champions on no less than 12 occasions. Since that decision to broaden their horizons, they have flourished, winning the Isthmian League D1 North at the first attempt. They had 4 playoff finishes in Ryman Premier, finally breaking their hoodoo last season when they gained promotion beating AFC Hornchurch 3-0 in the playoff final. Being out on a geographical limb, they were placed in the Conference North, and at the start of the game were holding their own in 14th place.

The club has reached the FA Cup 1st Round on a number of occasions, most recently in the 2009/10 season, where they lost in a narrow 1-0 defeat to Conference side Wrexham. They were runners-up in the FA Vase in 2008 when they lost to North West side Kirkham and Wesham at Wembley. They have won various local cups, most recently the Suffolk Premier Cup in 2012. 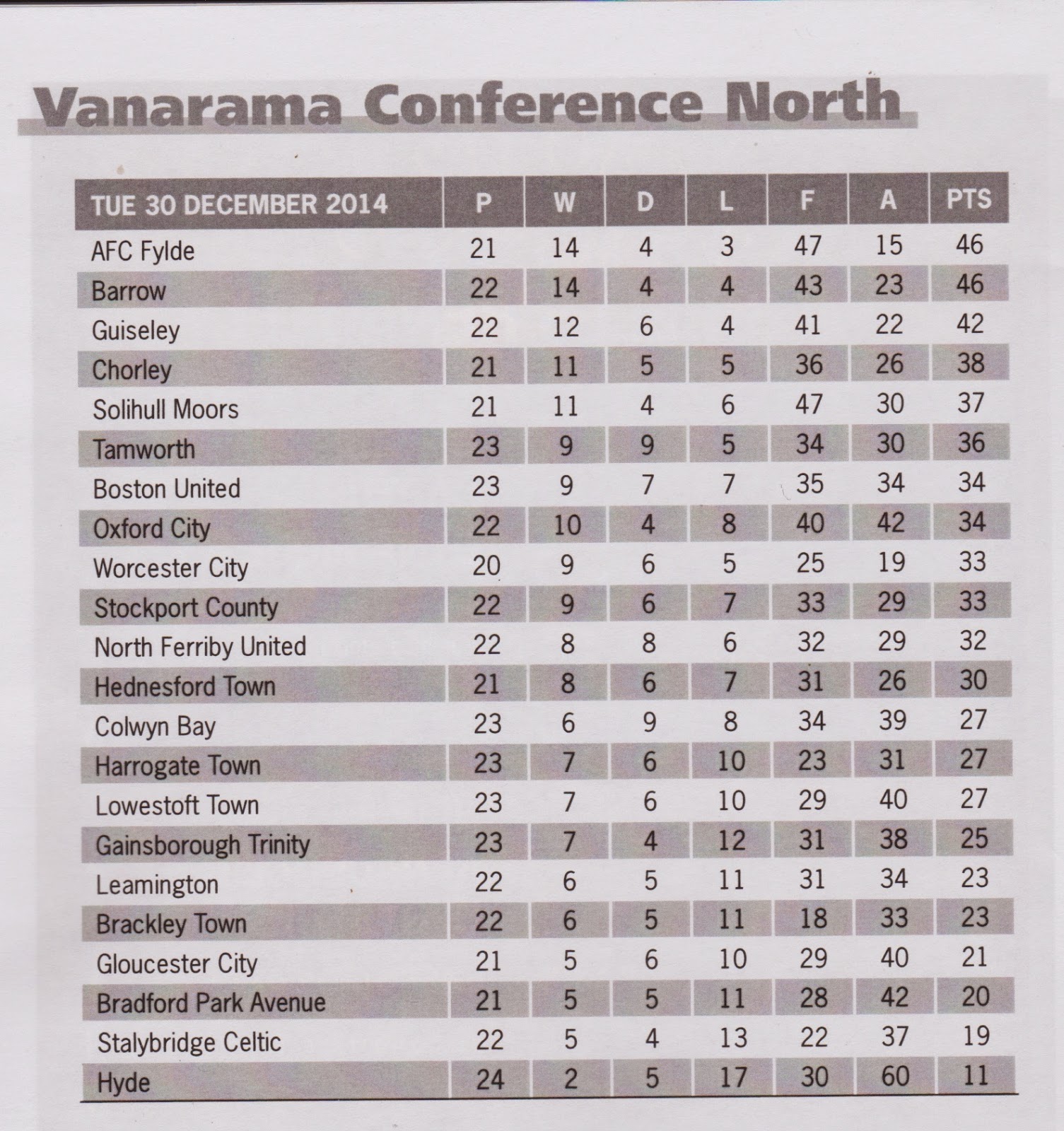 After my double on Saturday 27th, I had passed up the chance to go to a game on Sunday as it would have been around £50 to do Shrewsbury Town v Wycombe Wanderers and the non-league games were getting called off all over the shop. I was supposed to be off to Chinnor v Rayners Lane on the Tuesday, but that too succumbed to the weather, as did my backup at Knaphill. I was glad I never made my way to the third choice at Cornard, as the half bake of a referee called it off 8 minutes before kick off, with a total disregard for the larger than usual crowd. So with my football for 2014 over, I started to look forward to the next year. After presenting each other with lists of games that we fancied, Anwar and I agreed on the semi local derby between Boston and Lowestoft, and happily, it looked as if the bad weather would hold off for this one. It would be an early start though, so I made sure I took it easy on New Years Eve seen as I was driving.I awoke on the day at 8am with a completely clear head, which made a change from other New Years. I had a pear for breakfast and then had a bath before checking online to see that the game was on. I left about 10 minutes later than intended, but still got to Aylesbury to meet Anwar as planned at 10am due to clear roads. After picking him up, we were soon on our way and the roads were good for most of the way. We  did encounter some loon in a BMW who looked like he was still pissed, crawling one minute and swerving all over the road and accelerating away a great speed the next. It was only the final 30 miles of the journey that we encountered selfishly slow drivers, but by 12.45 we were parked up at the ground. 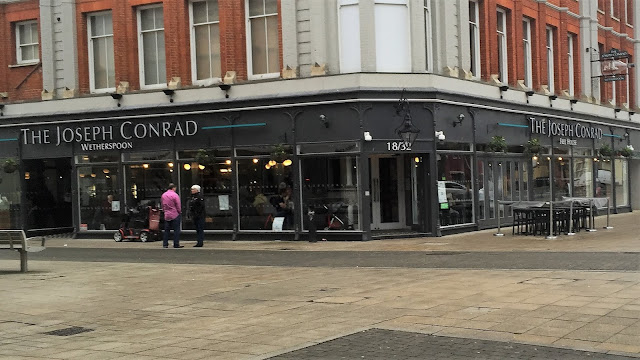 We made our way into town knowing that curry club was on at Wetherspoons and I had a very nice Flaming Dragon curry with all the trimmings and a pint of Stowford Press for £7.85. After dinner, Anwar got something from CEX and we both got a couple of bits from Poundland. We got back to the ground at 2pm and paid £12 entry plus £2 for a programme. I also got a pen for £2 and as it was 2.15 went and sat in the warm bar with a pint of Strongbow for a while. After that we went and got some pictures of the ground, and took a seat in the stand for the first half of the game. In the second half we went on the cameraman's gantry until a steward spotted us, it was a real shame as it was a cracking view from up there. We spent the rest of the game stood in front of the excellent Boston fans who were in good voice all game. The game ended in a 1-1 draw, but in truth, Boston should have won the game comfortably. They certainly started well, the opening goal was for them and it came though Nicky Walker. He was the Rotherham winger that spent a few months on loan with Wycombe earlier this season, but never got any game time. He had a similar experience at Grimsby after, but seems to have found a place at Boston. It was a feisty local(ish) derby and there was a sending off for Boston and a converted penalty for Lowestoft, who named former Wycombe man Ashlee Jones in goal. All in all, a reasonable spectacle for the 720 present. 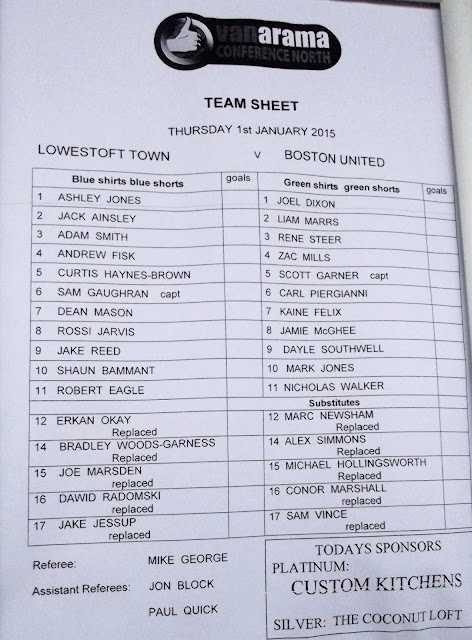 After the game, I had to stop for diesel at the local ASDA and paid 114.7 a litre, the lowest I have paid in a long time. We made decent time, with the Sat Nav taking us a different route via Diss and Bury St Edmonds on the way home. It cut 10 miles off the journey, though it did mean we had to drive through football thieves land in MK. Apart from a few slow people on single carriageways, it was good going and the journey went nice and quickly with the football phone-ins on the radio, including Spurs remarkable 5-3 win over Chelsea. I dropped Anwar off at 8.10, getting home myself at 8.30. It was gonna be a cracking Match Of The Day with goals galore in the Premiership, so I saved myself a cider for that. In between time, I caught up with the goings on with Facebook and typed some of my blog. 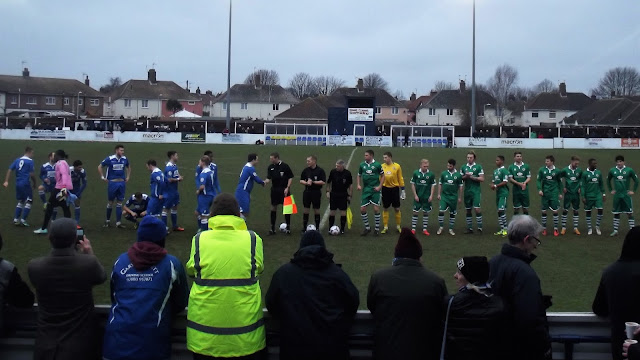 CROWN MEADOW is a pleasant non-league ground. Originally one of the better step 5 grounds, it has had the improvements made to make it compliant for Conference North football. The main stand holds around 450, and they have added covered standing next to it, as well as a small bit behind the far goal. Apart from that, it is uncovered. The tea bar and bar look good, with plenty of choice, and the club shop offers a wide range of stuff as well as old programmes. Also, the pleasant town centre is a 5-10 minute walk away, which makes it a really good day out. 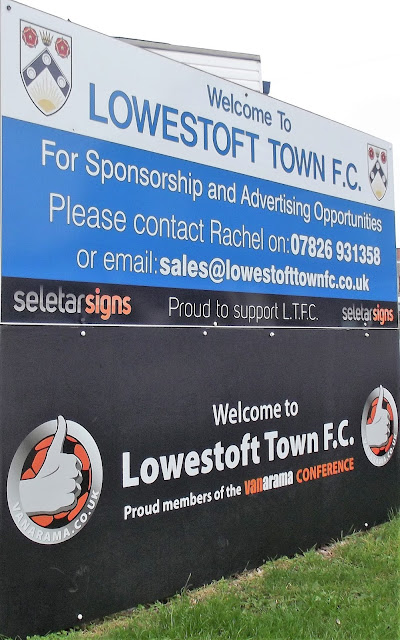 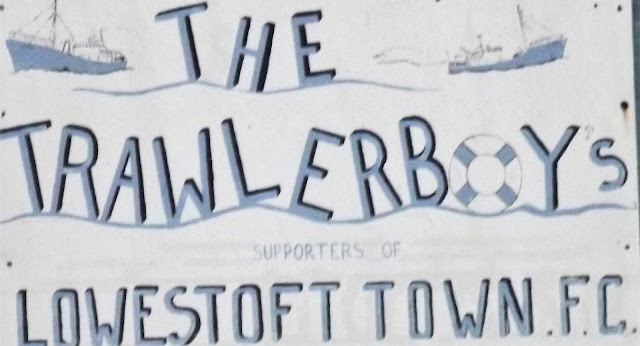 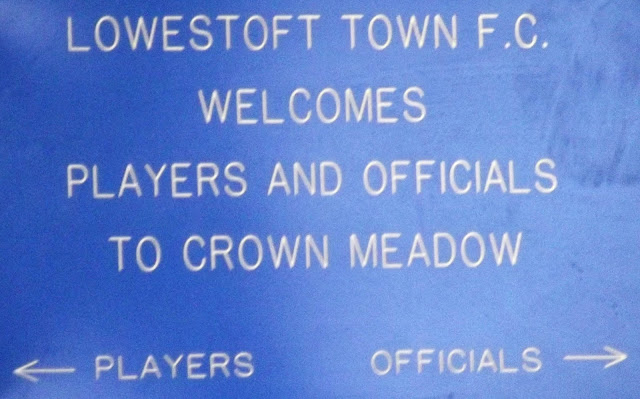 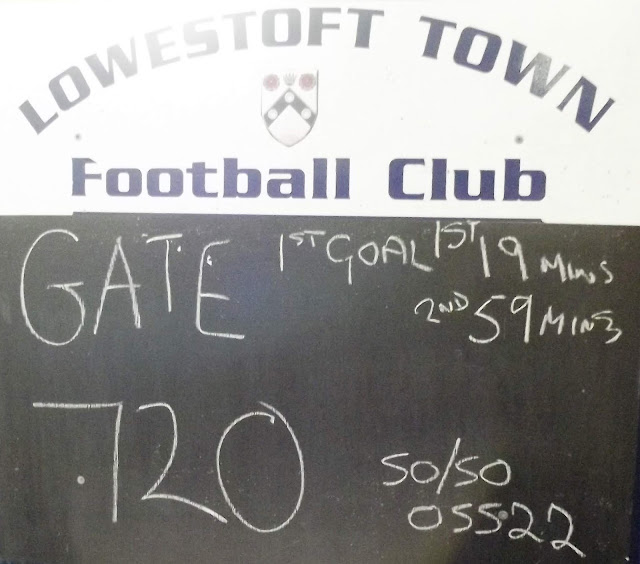 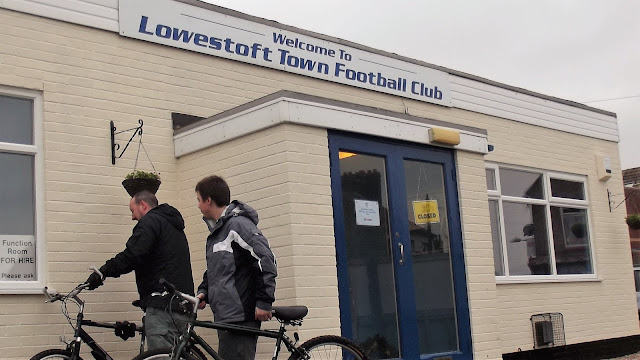 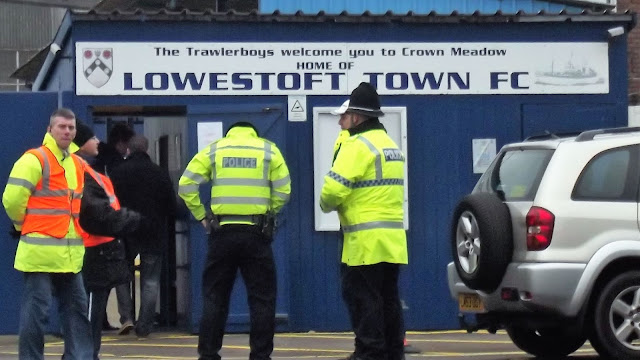 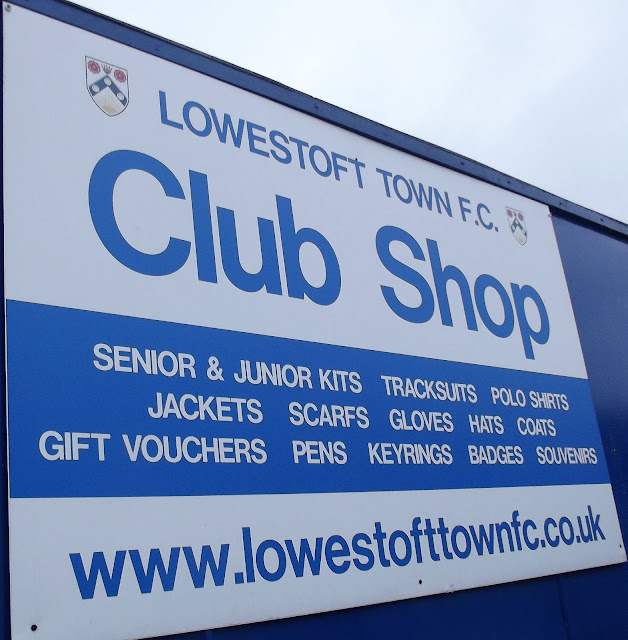 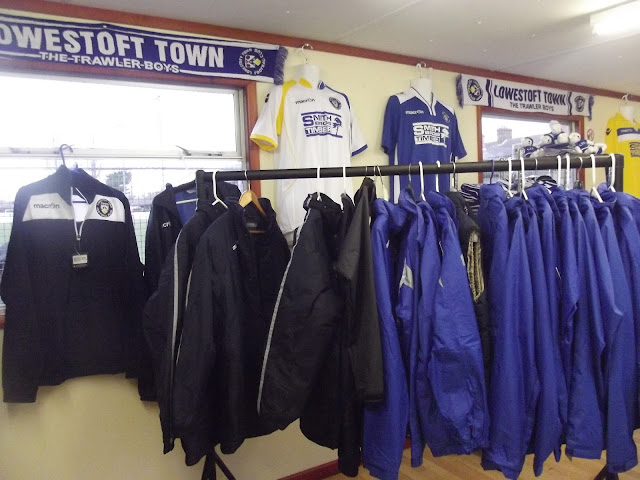 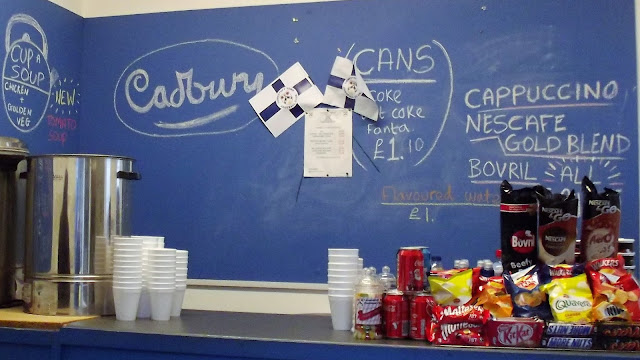 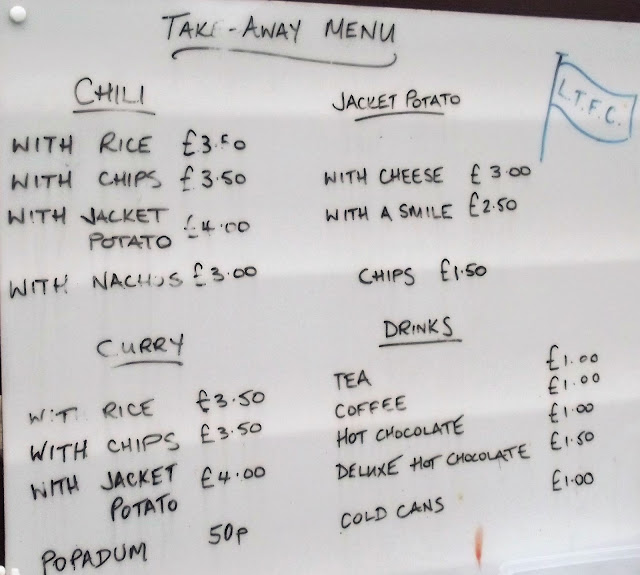 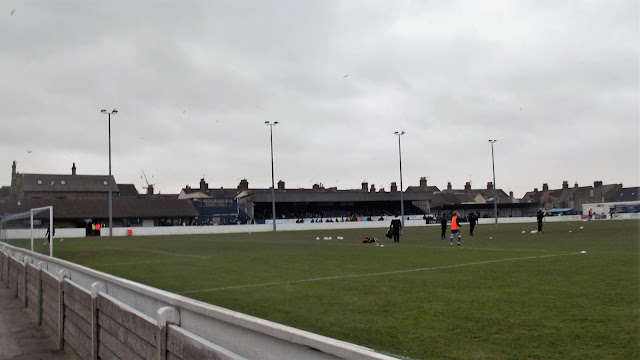 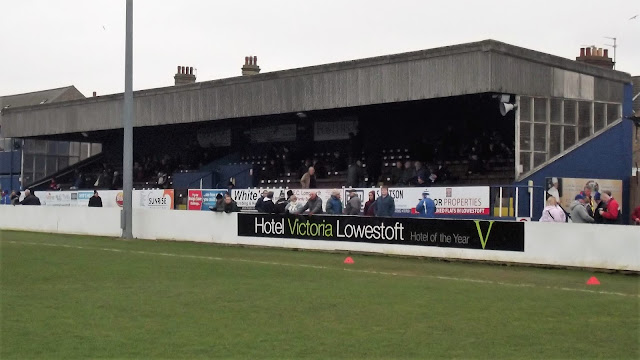 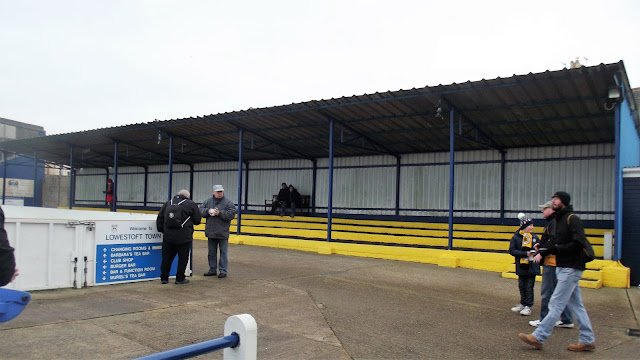 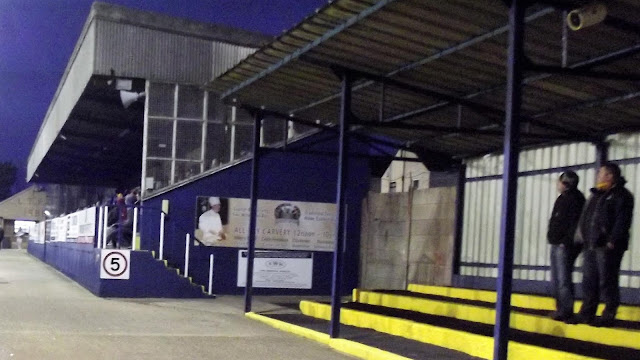 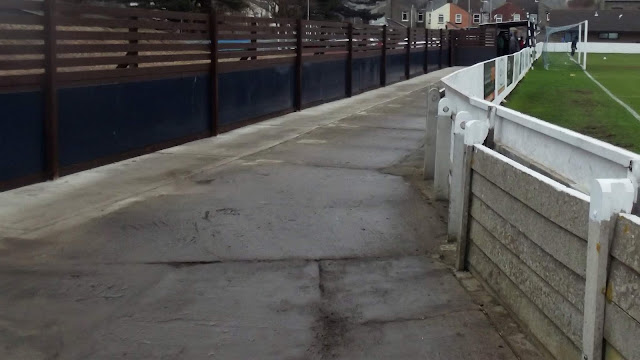 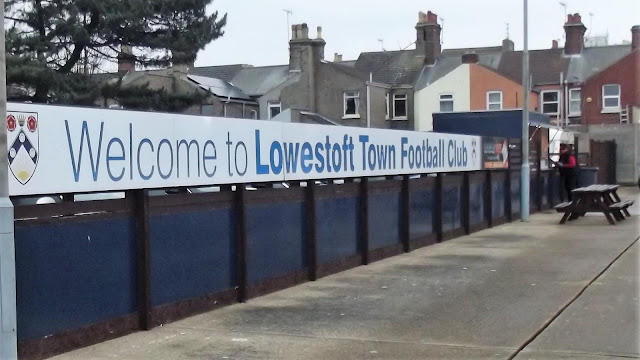 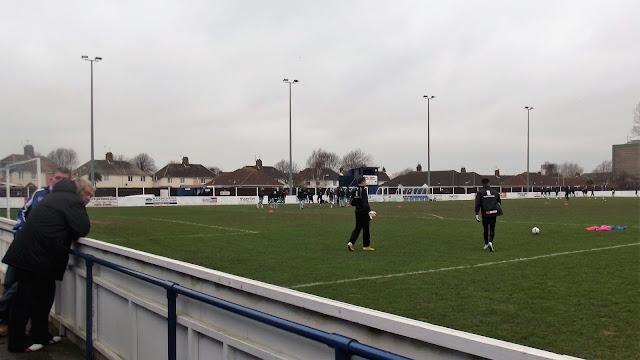 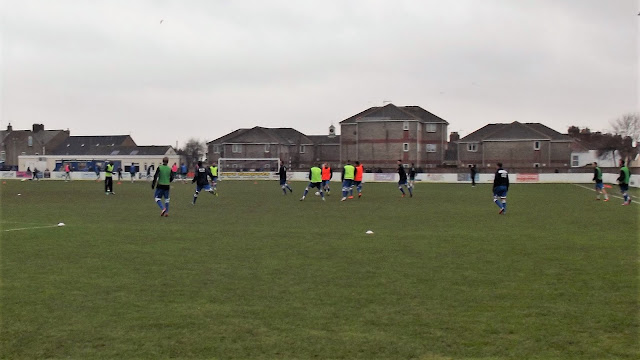 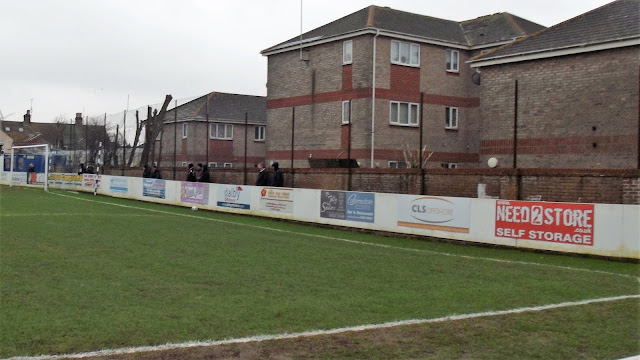