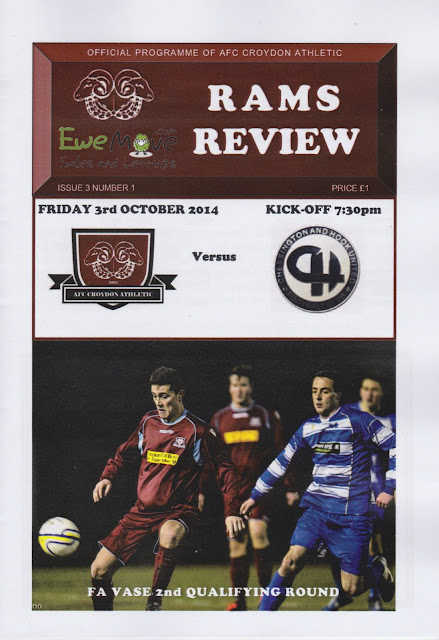 AFC Croydon Athletic were formed in 2012 from the ashes of the original Croydon Athletic FC. In their first 2 seasons since reforming, they have finished 8th and 7th in the Combined Counties League Division 1. They also won the CCL Division One Cup in 2013. Other cup competitions have proved more elusive though. They have lost every single FA Cup tie they have played, although if they win tonight then they will at least equal their best-ever run in the FA Vase, which is the 1st Round. They were enjoying a good start to the season, currently sitting 2nd in the table, but it was a far cry from the original Croydon Athletic, who got as high as the Isthmian Premier but were ultimately doomed when their owner got caught up in the Cricket match-fixing scandal in 2010. This excellent start to the season was all the more remarkable that all the games have been played away while they are waiting for their Keith Tuckey Stadium to be ready for them to move in.

Chessington & Hook were having a torrid time. Relegated last season despite having plenty of games in hand at one point, they had carried on where they left off and were bottom of the league. They have had some success in cup competitions though having beaten Deal Town in the FA Cup and Spelthorne Sports in the Premier Cup already this season.  The club was founded in 1921 and after various mergers and the like with regards to the junior teams, they joined the Combined Counties League in 1997.  They achieved their best-ever finish of 3rd in 2004/05. They have reached the first qualifying round of the FA Cup on 3 occasions, whilst in the FA Vase, they got all the way to the last 16 in 2004/05 before losing to Cammell Laird who made it all the way to the Northern Premier League after that win.

Once again I was on the hunt for Friday night football. Though after a hat trick of long journeys I was staying a bit closer to home this time for an FA Vase tie. It was to be played at Colliers Wood United, due to AFC Croydon Athletic's ground being out of action. Ironically I had seen the hosts, Colliers Wood United play a 'home' game around 15 months ago but that was played at Cobham FC's 'Leg o Mutton Field' ground as Wibbandune had suffered from bad flooding. I would still have the annoyance of Friday night traffic though - when I went to see tonight's visitors Chessington & Hook last season, I left just before 6PM and didn't get there till 8.10! It was a fairly long day at work for me on the day of the game. It was really busy and I didn't get out until 1.45 after starting at 5am. I went home, had my lunch and a bath and checked various sites on the Internet before leaving at 4.45. 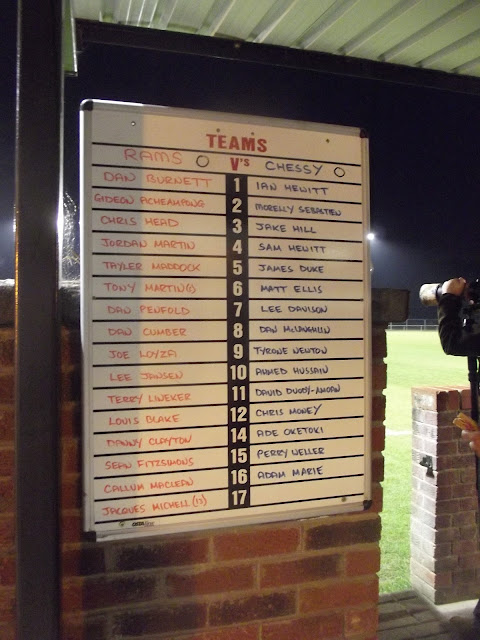 After a couple of horror trips going through London in the past, I was expecting the worst for a Friday night game. It was still pretty dismal with me suffering 50 minutes delay, but better than in the past. I got to the ground at 6.45 after making the common mistake of missing the ground's well-hidden entrance. Rather than drive 4 miles to have another possible failed attempt, I decided to park on the other side of the A3 and walk across the footbridge. All went well from then on, I found the ground easily after crossing the bridge, paying £6 to get in and £1 for a programme. There was not much to do around the area so I went in the clubhouse and got myself a bottle of Bulmers for £3.20. I then went outside and waited for the game to start. I talked to a follower of my blog before the game and stood with him to watch the first half. 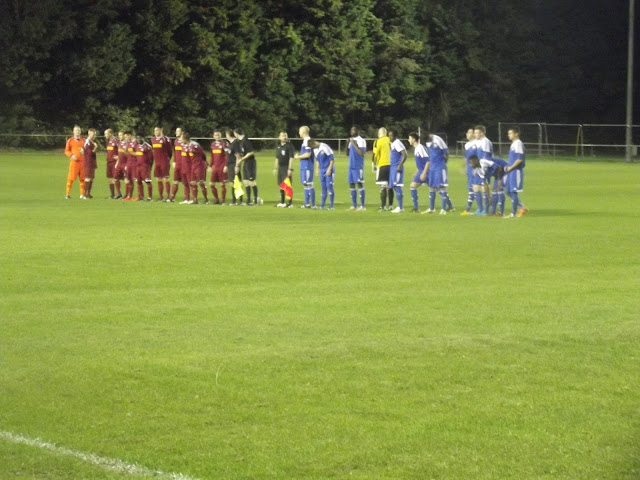 Croydon had the better of the game early on and forced a good save out of the visiting keeper. However, on 11 minutes Chessington opened the scoring in a rare attack, the goal coming from a close-range finish just inside the right-hand post. From then on Chessington were well on top, and very unlucky not to be further ahead by half time. Despite a couple of chances at the start of the second period for Croydon, the visitors doubled their lead on 54 minutes with a header and it was just reward as they had the better of the opening 10 minutes. The home side were just not at the races and it was 3-0 to Chessington on 61 minutes as they got a totally free header from a good cross. Croydon had a golden chance on 70 minutes when they were presented with a penalty after a foul in the area but it just wasn't their night as the weak spot-kick was saved by the goalkeeper. Things didn't get any better and after a couple of fouls there was a bit of argy-bargy between some players. Generally, the referee got things correct, but it was strange that he booked a Chessington player for a foul on the halfway line where the tackle was not so bad, and a slightly heavier tackle just outside the area by a Croydon player went unpunished, card wise, at least. It was a much simpler drive home, and I was back 45 minutes after leaving, getting in at 10.15. I was peckish by then so had some pasta and a bag of Marmite crisps. I also had a couple of bottles of homemade cider while doing this blog, before watching TV in bed. Next up is Wycombe Wanderers v Northampton Town tomorrow, and we could potentially go top if we win, thanks to Cambridge winning at leaders Burton Albion. That situation is totally nuts considering we needed a miracle to stay up last season.

WIBBANDUNE SPORTS GROUND is a fairly typical step 5 venue. Despite being right on the busy A3 it is surrounded by pleasant greenery and apart from the traffic noise is a nice peaceful place to watch football. There are 2 areas of cover - a seated stand one one side holding around 80 and covered standing for 150 on the other. The rest of the ground is open.

There is nowhere for miles around, so it's a shame that the only food rolls, from in the clubhouse. Talking of the clubhouse, there is plenty of football stuff on the walls, and a basic range of drinks are available at the normal prices. The programme is good value for £1, well presented and with a good number of stats in it too. 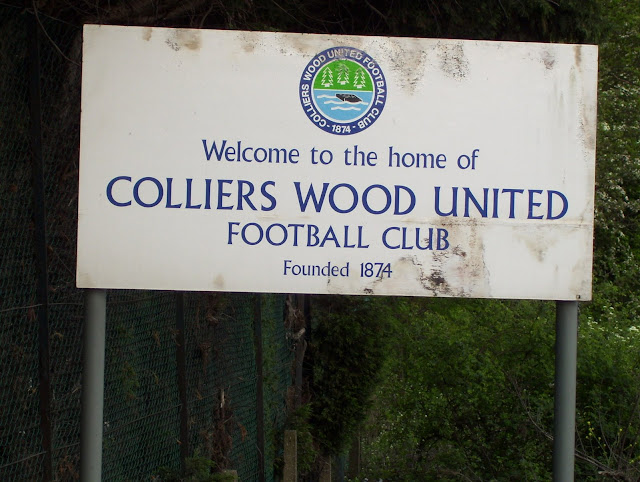 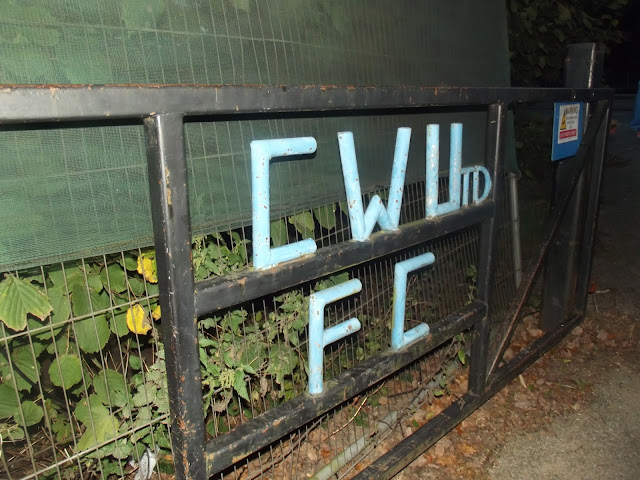 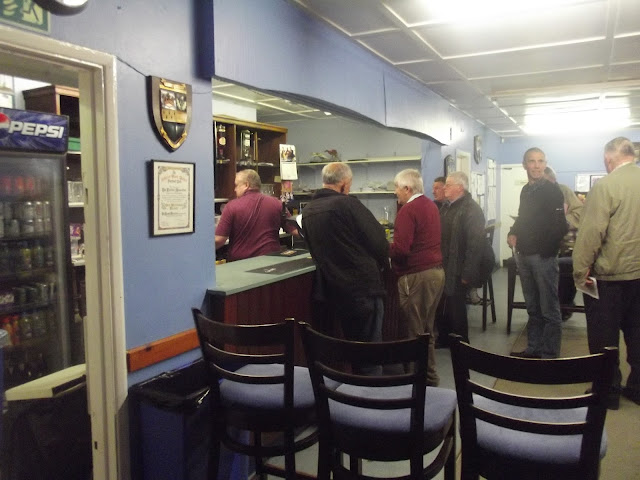 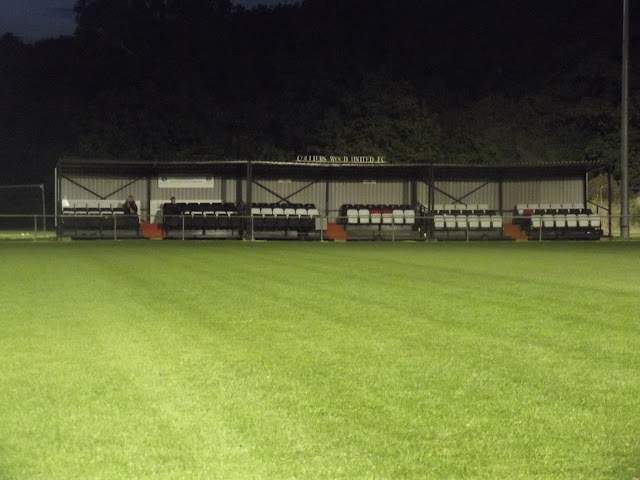 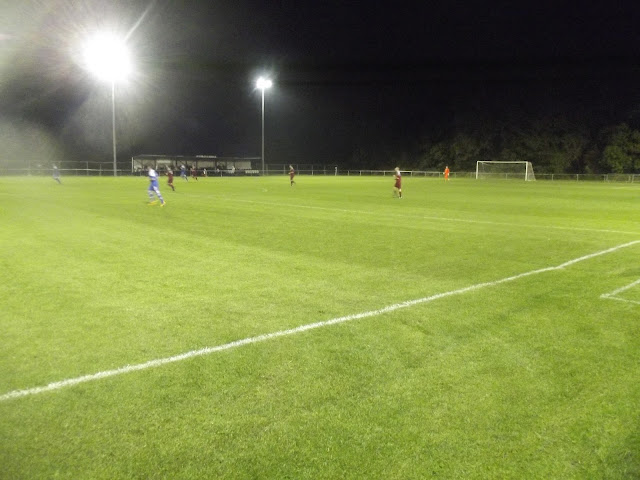 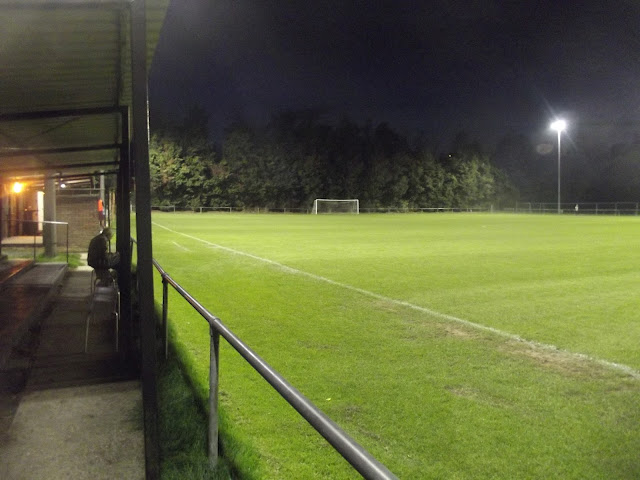 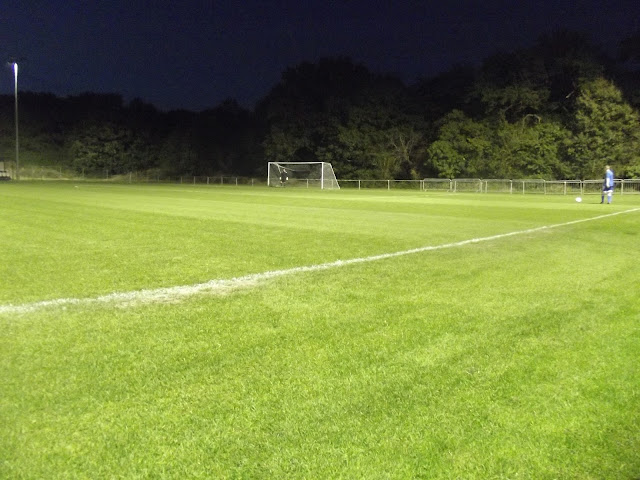 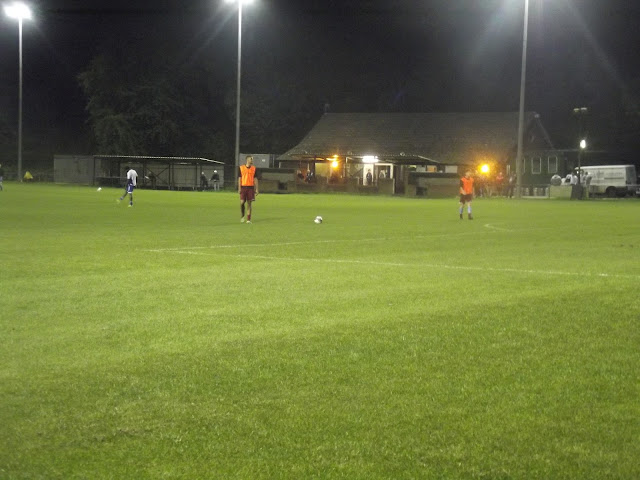 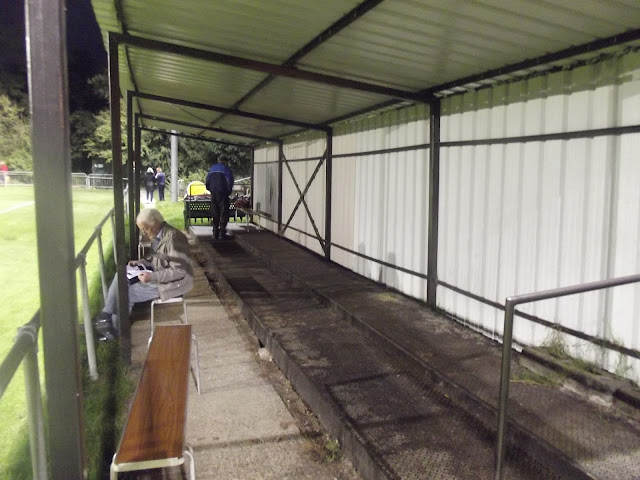 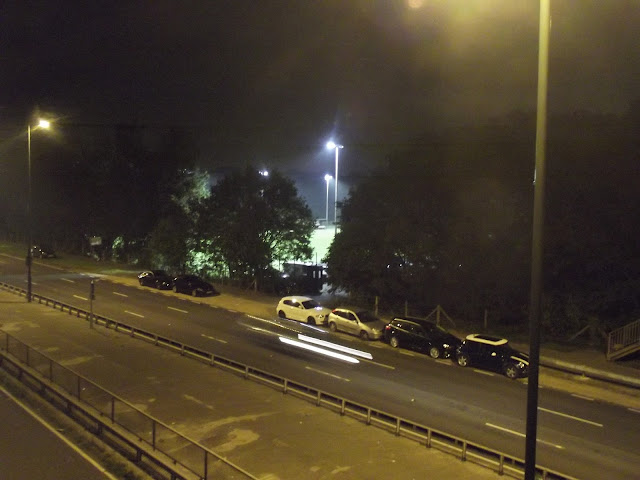