Cefn Druids are based in the village of Cefn Mawr, near Wrexham. They were formed in 1992 when 2 teams - Cefn Albion & Druids United came together to form a new. They have had various prefixes to their name - including NEWI, Elements and Flexys (in fact I picked up a mini kit from the Wrexham club shop when the club had the latter name - cost to me just 20p). Nowadays they are sponsorship free. Last season they ended a 4 season spell in the Cyrmu Alliance (step 2 of the Welsh League system) when they won the league and gained promotion. They had been in this league from their formation in 1992, up until 1999, but in between these 2 spells, they spent 11 seasons in Wales' top tier, though they never finished higher than 12th. They were Welsh Cup runners-up in 2012, while still playing in the Cymru Alliance, but this earned them a place in Europe. The winners of that cup were their highly successful local rivals The New Saints, who also won the Welsh League, thus giving the runners-up of the cup their European place.  Their opponents were Finnish side MYPA. They drew 0-0 in the first leg in Wales but lost the return in Kouvola 5-0. At the time of the game, they were in 9th Place in the League. 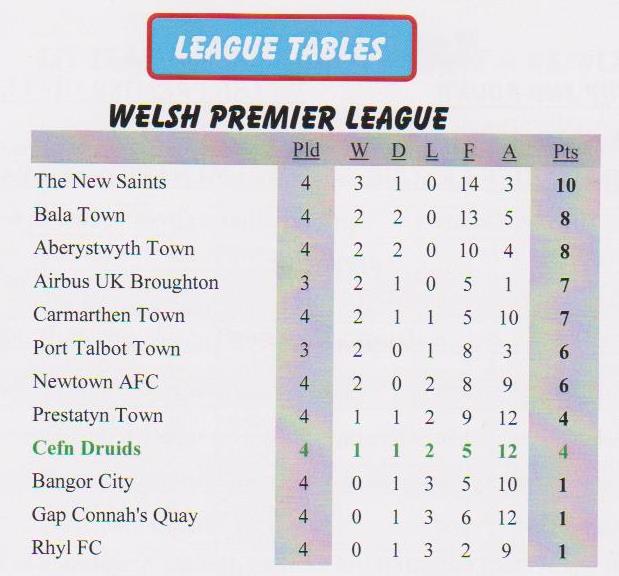 After spending last Friday doing nothing but sitting at home drinking and watching TV, I wanted to get back on the Friday night football trail. Sadly, there was nothing in England - I was hoping for an FA Cup game moved due to a groundshare, but nothing was happening. So I turned my attention to Wales. There were 2 games in the Welsh Premier League, one at Aberystwyth, and one that was slightly nearer to me in Cefn Druids v Bala Town. I was hoping that regular groundhopping partner Anwar might be able to come with me to give me some company and help out with fuel costs, but the day before, he text to say he couldn't make it. This led to me checking if some of the games in the lower leagues in Wales were closer - but Denbigh, Briton Ferry and Ton Pentre were all similar or longer trips. In the past, I might have thought better of going and saved my money. But with the lure of being able to pick up some of my favourite Welsh cider, plus the fact that I was aiming to do 150 games this season, not much was going to stop me. I had a look on Cefn Druids twitter feed, which had not been updated since July and had horrible visions of a sudden onslaught of wet weather cocking my trip up. But a quick look at the BBC Weather for nearby Wrexham assured me this would not be the case. 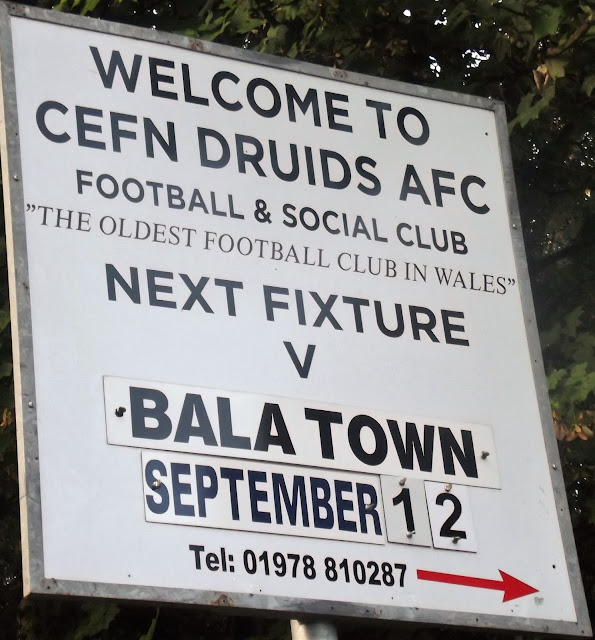 On the day it was a bit busier than usual at work, and I didn't get out of work till 12.30. It was a day when the rude and ignorant were out in force too, so I was just glad to get away. I left after getting changed at getting on for 1pm and so made my way up the M40, had 20 minutes delay on the M42, before going up the M54 and on the road to Whitchurch. I had programmed Wrexham into my sat nav and for ages, I was seeing signs for Chester with the exact same distance as Wrexham. I thought that it may be some Chester FC fan playing a joke, so I pulled over just to make sure that it was going to the right place. It wasn't until I was about 10 miles away that I saw signs for Wrexham and my mind was completely at rest.

As I was driving to Wrexham, I recalled an old episode of Brookside where Sinbad and Tinhead thought that their new lodger may be a serial killer, or something else as they could hear what sounded like coffin making going on in his bedroom. It turned out that Mr Moore was building a secret shrine to Wrexham FC, and happily there is a clip on YouTube showing this episode. Anyway, I found Tesco, as I was really looking forward to getting some boxes of Welsh cider and a lamb and mint slice, both of which had been utterly delicious last time I went to Wales for a Bangor game in May. They had neither so I had to make do with the more expensive bottles and a spicy meatball slice. I then set about looking for the Wetherspoons in hope of having a pint of Black Dragon cider, but I drew a blank there too. I then tried to find another Wetherspoons using Google Maps, but that was impossible due to the dire data signal offered by O2. I had a wander around the town, and looked in a few shops but bought nothing. Before going back to my car, I went in a real ale pub, hoping for some Welsh cider, but all they had was English stuff. Wrexham had turned out to be a huge letdown, but not due to the people there, more the poor service of the companies that have a branch there.

Before going to Cefn Mawr, I stopped at Home Bargains and got some spicy crisps, Irn Bru and Mouthwash. I then got in my car and drove the 7 miles to the ground. It was still only 6pm and with not much around the ground, I sat in my car and typed my blog. I was also able to check out what was going on with Facebook, thanks to my MyFi dongle, that I got from 3, with the O2 signal still patchy. At 6.45 I went up to the ground, getting a copy of the programme and a copy of the Welsh Football magazine from the club shop. On the way in, I recognised the manager of Bala who I had seen on the Sgorio TV programme from S4C which covers the league of Wales. I had a pint of Somersby in the clubhouse and felt pretty chilled as everyone at the club had been really friendly so far. I then typed a little more of my blog, as once again, O2 were an absolute disgrace signal wise while I was in the clubhouse. 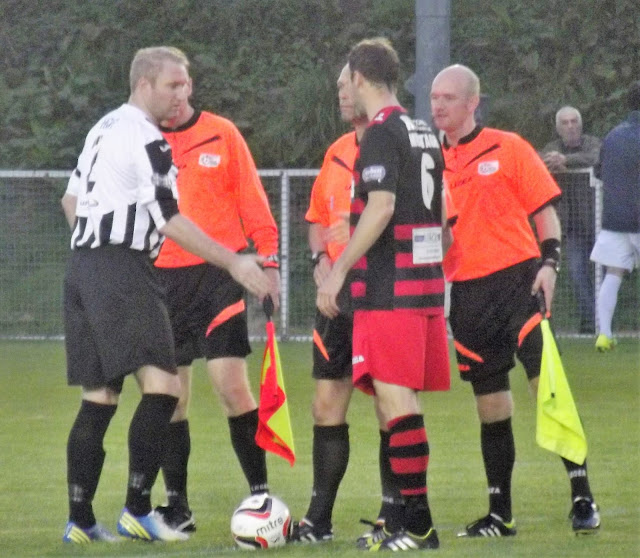 I went into the ground at 7 and met loads of people who were surprised that a Wycombe fan had turned up at their game. I saw a couple of other ground hoppers from Everton and Halifax, who were also here for tonight's game. I got my dinner of hotdog and chips which only came to  £2.40, a great price for food in a ground. I took my place for the game and waited for it to start. During to the game I chatted to various people, firstly Tony who is a Facebook friend and fellow hopper, and a guy from Wigan Robin Park of the North West Counties League. They are a team based just outside Wigan Athletics stadium, and I was told to give him a call if I ever needed tickets. It wasn't the best of games, but Bala had by far the better of it. They gained their victory when on 42 minutes, Mark Connolly headed in from a good cross to get the only goal of the game. I was away quick after the final whistle. I made good progress at first but then 3 road closures added extra miles and 30 minutes to my journey. Despite this,I didn't let it spoil my day, I had a good time despite all the negatives. Eventually getting back at 12.40, I got in, checked on Facebook and had a couple of ciders while watching TV before going to sleep about 2.

THE ROCK is one of the most unique grounds in football, with one side being built into the rock face. This side, and the 2 goals are open hard standing, in fact the whole ground is, apart from a 300 seater stand on the other side. The club shop does a great selection of old programmes, as well as a range of club merchandise. The clubhouse is smart and modern and offers a good range of drinks. Best of all, the tea bar is very cheap, and the food is good. Everyone there was really friendly, and I'd certainly recommend a visit there. 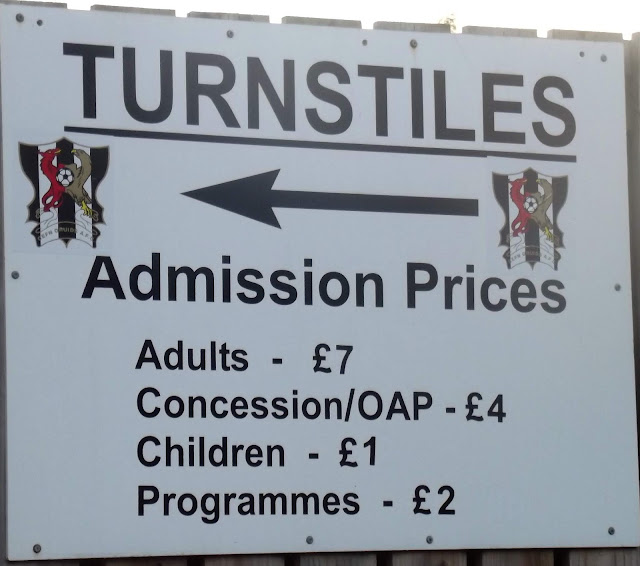 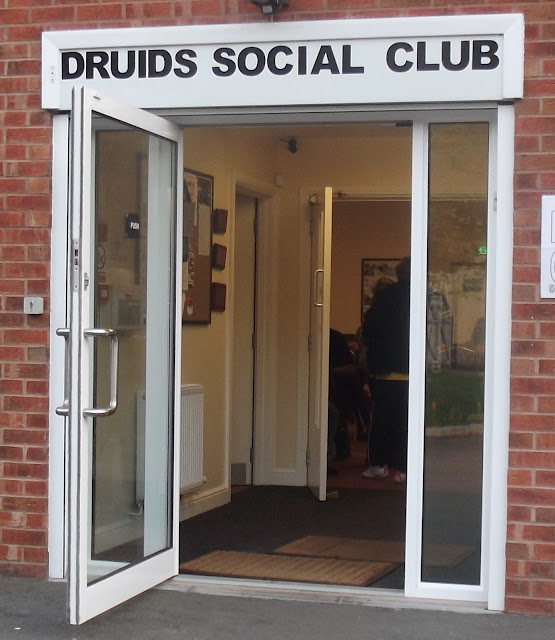 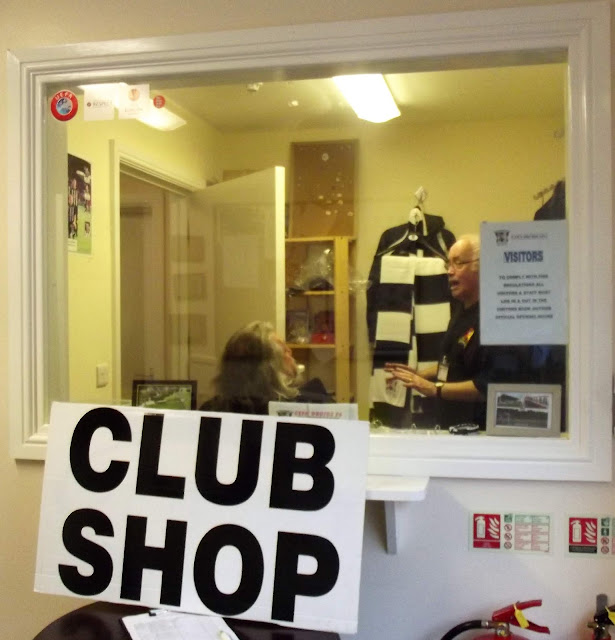 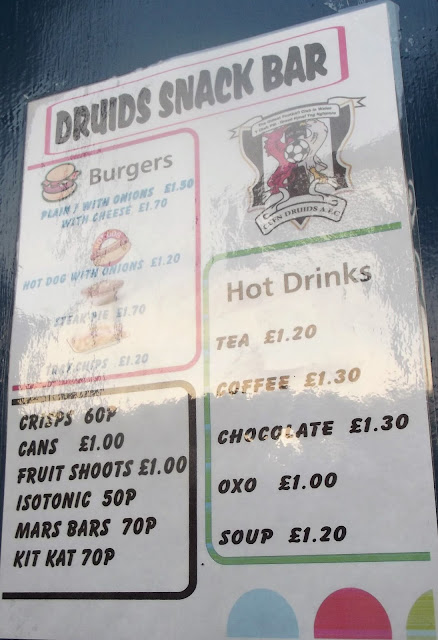 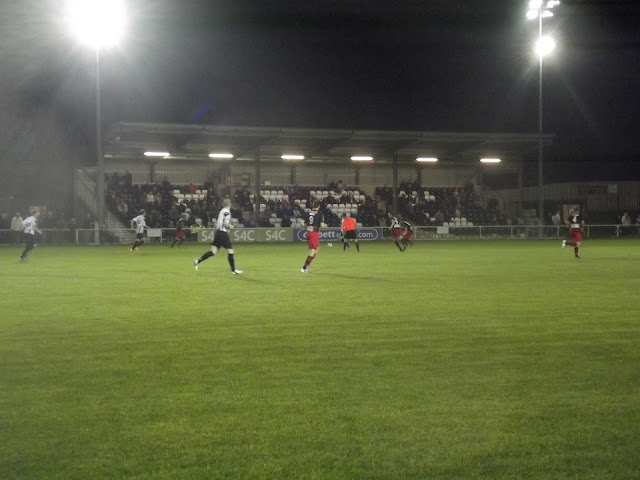 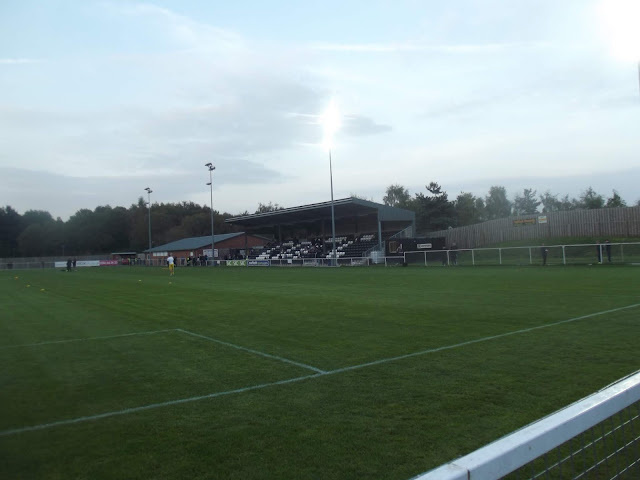 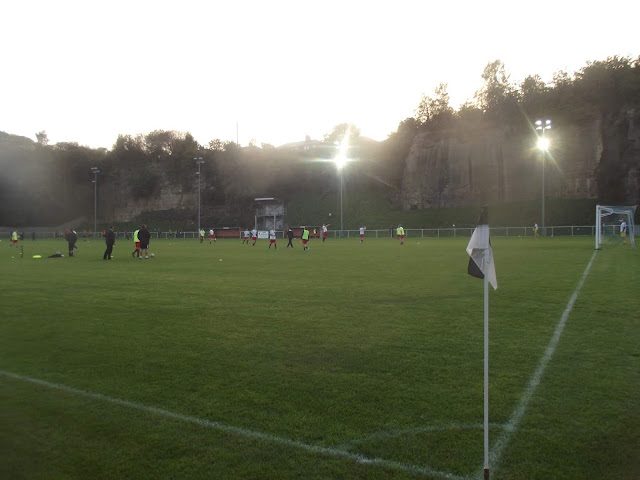 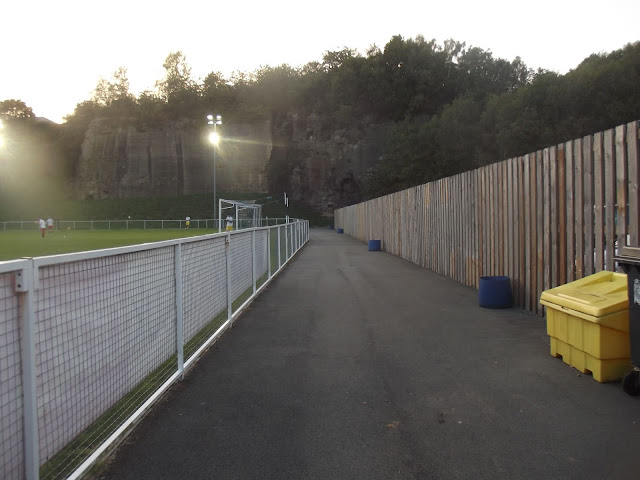 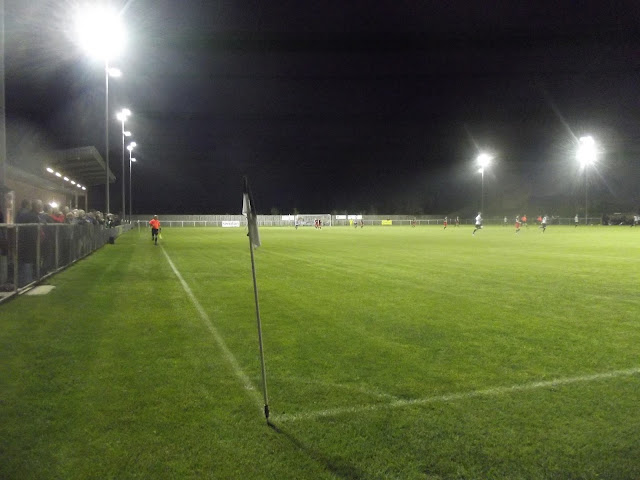