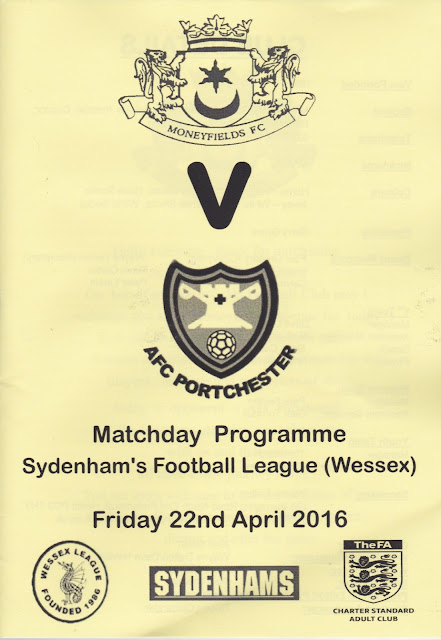 MONEYFIELDS FC was formed in 1987 and were initially known as PORTSMOUTH CIVIL SERVICE. They joined the Hampshire League in 1991 and saw immediate success with 2 straight promotions and a series of excellent finishes in its top tier, even becoming champions in 1997. The following season a runners-up spot was good enough to see them promoted to the Wessex League. They have continued their steady progress, always remaining in the league's top division when it split into 2 leagues in 2004. They achieved their joint ever highest finish of 4th last season, having attained it on a couple of previous occasions. This season had seen them drop a few places, but they were still having a fairly solid season sitting 9th at the start of the game.

The FA Cup 2nd Qualifying Round has been reached on a couple of occasions in the mid-2000s although they may want to forget the second time as they crashed out 8-1 to Team Bath. This season saw their best run in the FA Vase - after beating Corsham, Hallen & Brimscombe & Thrupp they suffered a 4th Round defeat at the hands of Bristol Manor Farm. Local cup honours include the Portsmouth Senior Cup on 3 occasions and the Hampshire Intermediate Cup twice. Last year Moneyfields saw their most famous name ever as former Juventus and Portsmouth striker Vincent Pericard donned the club colours. The club is based in the Portsmouth suburb of Copnor - the birthplace of former British Prime Minister James Callaghan who served from 1976-1979. 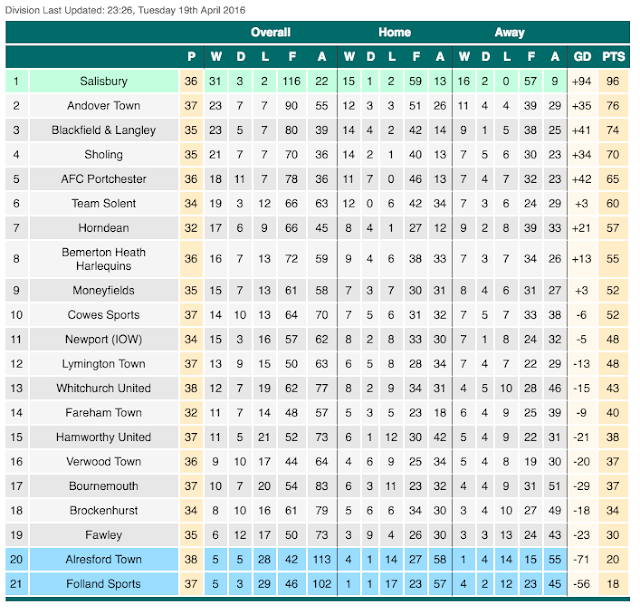 Once again it was time for Friday night football, though sadly I'd be on my own as all my regular hopping companions were busy or couldn't be bothered. In any case I don't have anyone based immediately south of me, despite having all other directions covered. I'd been impressed by Moneyfields' ground when I visited back in 2009 on the way to Southampton v Wycombe. It would also give me a chance to have a look around Portsmouth as I'd decided against going the following day when Wycombe would be playing down at Fratton Park. I'd not been enjoying watching my own team lately so despite it being a great away day, I'd be sitting it out and going elsewhere. On the day of the game, it was a busy day at work but as I had lots to do I couldn't stay on to help others. The first job was to pick up my new camera from the post office which involved a long wait in town at the sorting office. I eventually got home at 1.30 and after having lunch and finishing last night's blog I got ready to leave. I was sticking with my old camera for now as I'd not had a chance to set up and charge the new one. I left at 3 and as expected there were plenty of delays. First, the M25 was its usual self and then the A3 was pretty hopeless around Guildford. I eventually got to the ground at 5.20 after 40 minutes delay. I'd been warned that the parking was bad and I could see why with all the streets packed. However, once I got closer to the ground there were plenty of spaces. I parked up and went over the rail bridge for the mile walk into the North end of Portsmouth where the Sir John Baker Wetherspoons was located. There I had a Chicken Jalfrezi and rice with a pint of Joe's Cider for under £7. Despite it being a real cider it was only 4.5% meaning I'd be all clear by the time it came to drive home later. 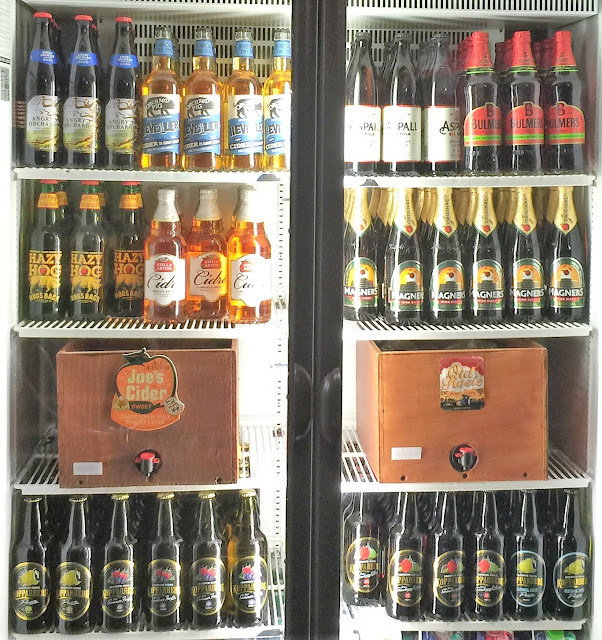 I walked back to the ground arriving at 6.50. I paid a reasonable £6 for entry and programme. The programme wasn't the glossiest but it had a nice homemade feel about it and plenty of stats to look over. I decided to take up my usual spot of standing between the two dugouts for the game which started like a typical end of season game with few chances. Moneyfields took the lead on 20 minutes, converting a penalty low into the bottom right-hand corner after a foul in the area. For the rest of the game, chances were few and far between despite a committed effort from both sides. Portchester had a free kick in a promising position but it was wasted and with it went any chance of them getting a result. It was getting pretty chilly by now and I was glad to get back to the warmth of my car for the journey home. That didn't get off to the best of starts when I found that the Two Mikes podcast had been taken down so I couldn't continue listening to it. Instead, I made do with the radio with Sam FM and Absolute Radio both playing some decent tunes to keep me going. It was a quick journey home with me back at 11PM. I had a drink whilst typing my blog before watching TV in bed.

MONEYFIELDS SPORTS GROUND is a smart venue around 2 miles from the centre of Portsmouth and a little closer than that to Fratton Park, home of the city's football team. There are 2 areas of cover - a seated stand holding around 150 and a covered area in front of the dressing rooms holding around the same. The rest of the ground is open and also includes a shop selling old programmes and a tea bar that sells the usual snacks. There are a few takeaways over the railway bridge but for a wider choice head to the North End of Portsmouth which has an above average Wetherspoons and a whole load of shops, takeaways and other pubs. 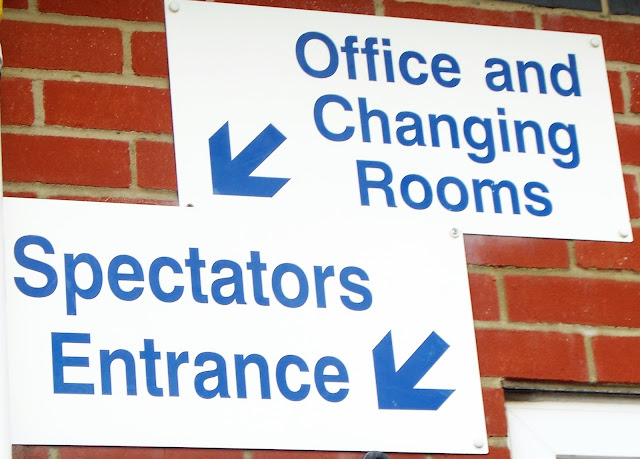 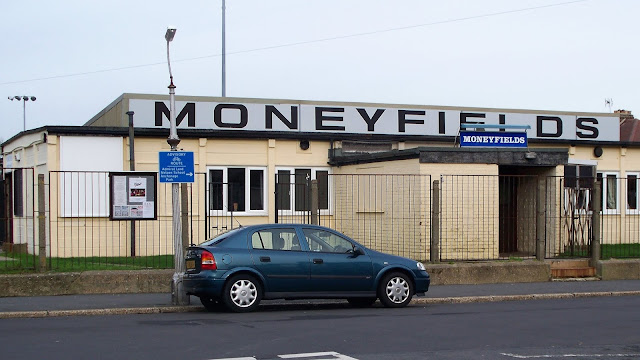 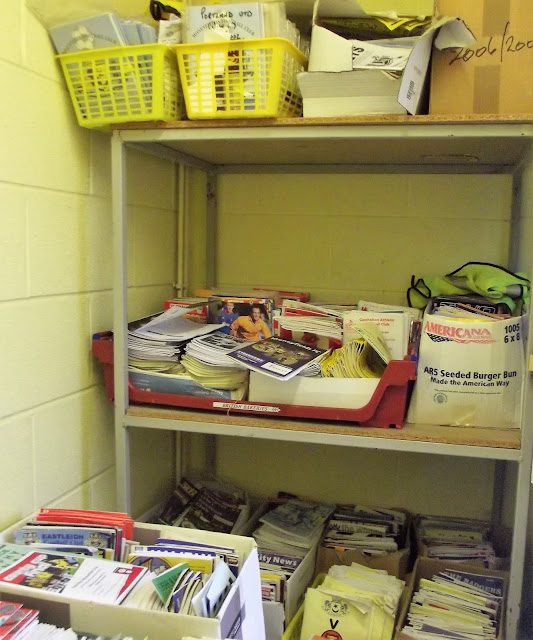 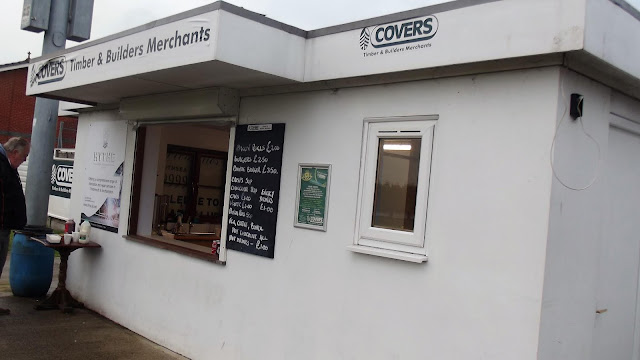 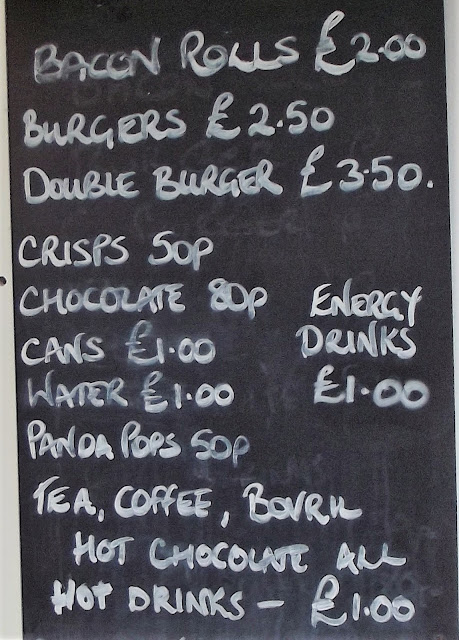 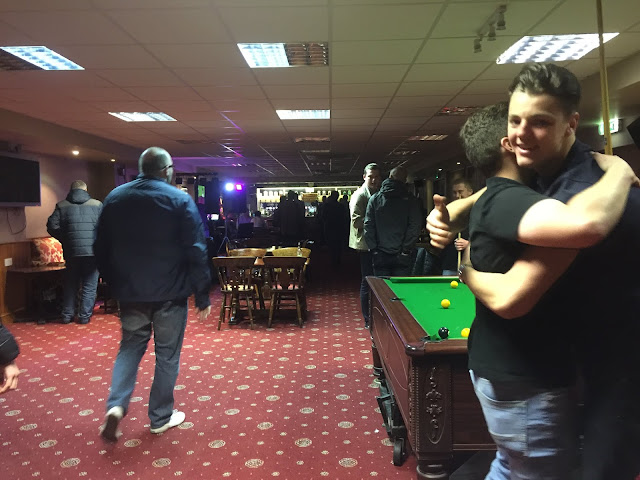 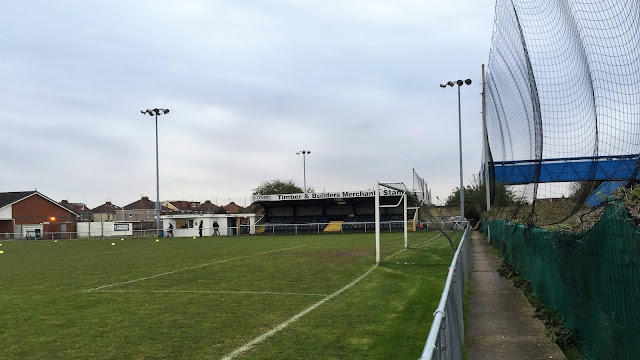 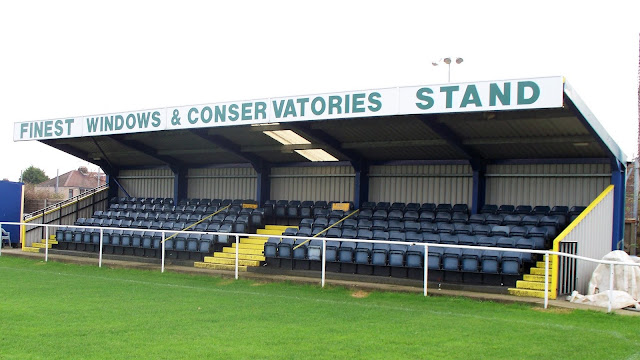 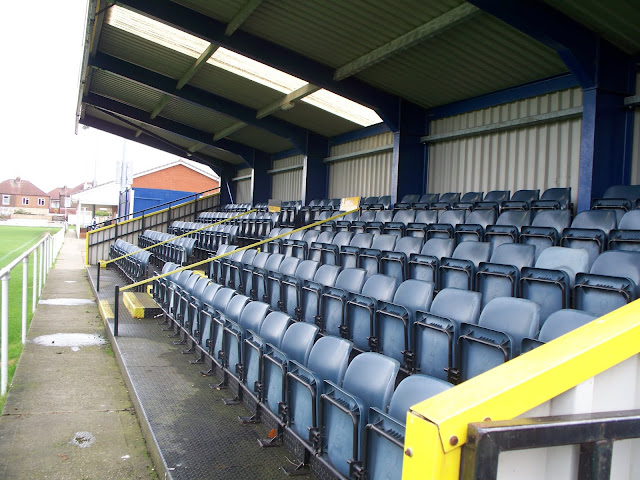 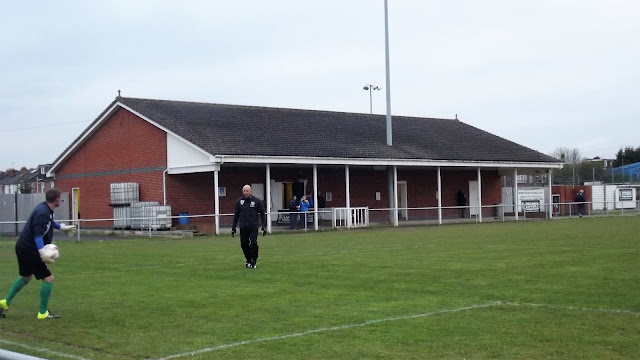 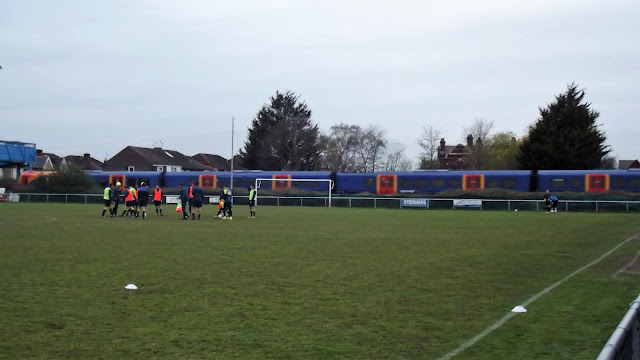 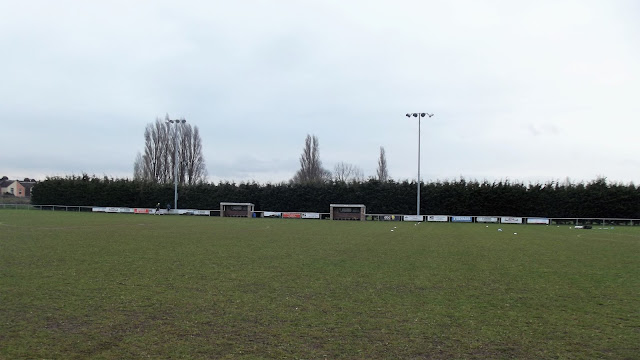 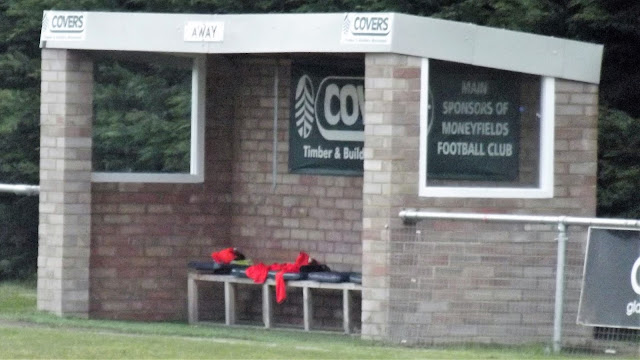 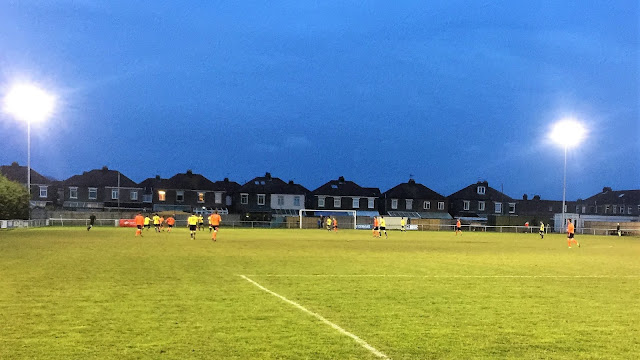