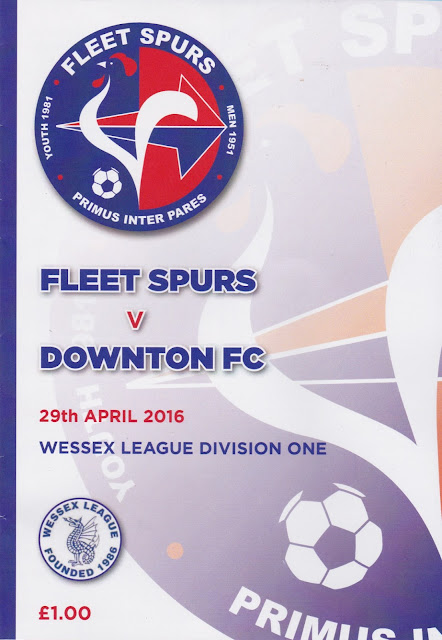 FLEET SPURS were established in 1948 and started playing competitive football 3 years later after initially playing only friendly games. They initially competed in local Aldershot, Surrey & Hampshire League, experiencing plenty of success. After being very successful in the Hampshire League, this competition merged with the Wessex League where the club found success hard to come by at first. However things have gradually improved and in 2010 they had their best ever finish of 3rd in the Wessex Division 1, scoring 102 goals in the process. This season they were in 10th place with a game to go, and could either move up or down a place dependent on other results.

Success has been limited in the FA competitions with them yet to win in 2 attempts in the FA Cup. The FA Vase has also been quite barren with only the 2nd Qualifying Round being reached, though they did have a notable 6-1 victory over Petersfield Town in their debut season of 2010/11. Local cup wins include the Peter Benyon Cup in 1991 and both the Aldershot Junior Cup & the Hampshire Junior Cup in 1953. The club was the attention of Tottenham Hotspur lawyers in 2013 as their badge was deemed to be too similar to the Premiership clubs cockerel and they were forced to change for it the following season. Though they have no official links to their illustrious neighbours the club was set up as a homage to Spurs by those returning from World War 2. 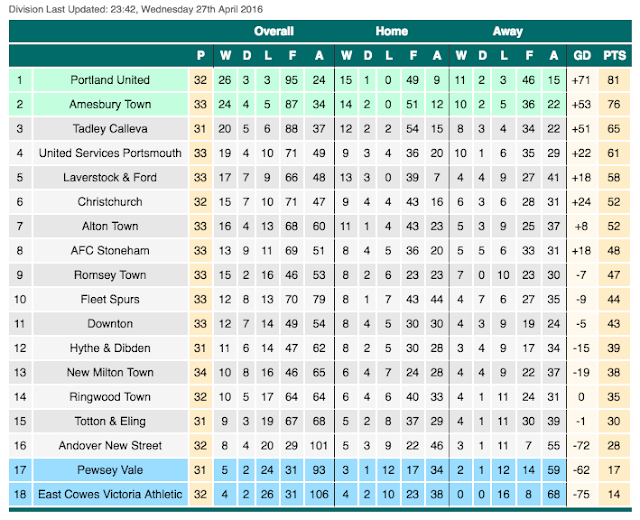 After going to a game on almost every Friday this year, I wasn't sure at first whether I would make a game tonight. All my hopping friends were busy and with the nearest game being at Framlingham near Ipswich it would be an expensive night out. However, a saviour came in the Non-League Paper fixture list last Sunday in the form of Fleet Spurs. It was ideal being just 40 miles from home which was one of my closest grounds that I've not visited. I'd be able to eat at home before going to save even more money, and I was bound to know a few people there with Norwegian groundhopper Anders choosing the game as part of his trip over here. It was a brutal day at work, one of my busiest in a while which left me knackered and glad to get out of the place at 2. I went home and had a bath and had another look at games for next week. Though the choice of leagues is thinning out, there are still plenty of games and I could have the situation where I am doing a game every night of the week. Not the best thing seeing as I'll only get a few hours sleep with me being up at 4am every day but I wanted to get in games while I could before the season ended. I spent the afternoon watching some of my 'Goodnight Sweetheart' DVD box set that I'd bought off of eBay recently. After having a nice dinner of lamb shanks and couscous, I left at 5.45. It was a good journey, save for a few slow spots and I was at the ground by 6.50. 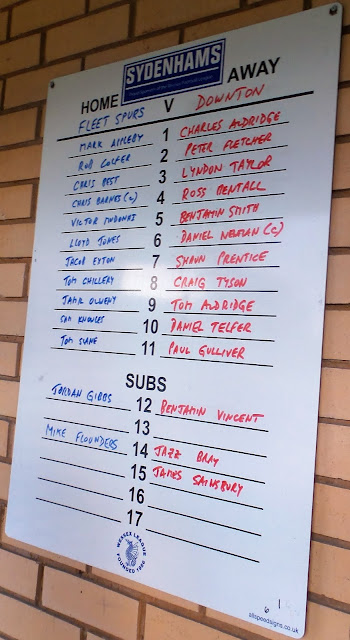 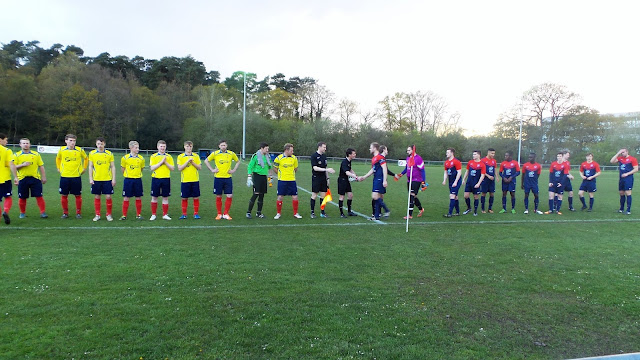 After paying £5 to get in which included a programme. I chatted to another hopper OxPete while I waited for Norwegian hopper Anders to arrive. He'd been filling his boots at the Reading Ale & Cider festival and I was a tad jealous when I found they had 150 ciders on offer. For my pre-match pint, I'd bought a can of Blackthorn from home to save money. I chatted to Anders and another hopper from Mossley while we watched the game from under the cover as it had started to rain. Downton were slightly the better side and they took the lead on 25 minutes when Tom Aldridge's persistence forced an own goal from Fleet after a goalmouth scramble. I was a bit peckish at half time so I got myself a bacon burger for £3.50 which was excellent. Despite the hosts having a much better start to the second half they didn't make their dominance pay and they were punished on 74 minutes when a Downton forward picked up on a loose ball and fired home to double their lead from around 10 yards. Still the pressure came from Fleet Spurs but the game was wrapped up in the last minute with the goal of the game. Ross Bentall's low shot was driven into the bottom left-hand corner. Very harsh on the hosts but a lesson in finishing their chances given on the night. There were a number of hoppers present on the night out of a crowd of 37. I gave Anders a lift back to Farnborough North station so he could get his train back to Reading. As he was listening A-HA from his homeland of Norway were on the radio and it was the Absolute 80's Party that was my soundtrack on the way home. The journey took me back via the M3 which was full of roadworks and the M25 but there were no problems at this time of night. I got in at 10.30 and spent the rest of the evening chilling with a couple of ciders while I typed my blog. Later on, I watched TV in bed, happy in the knowledge that I didn't have to be up for work in the morning. 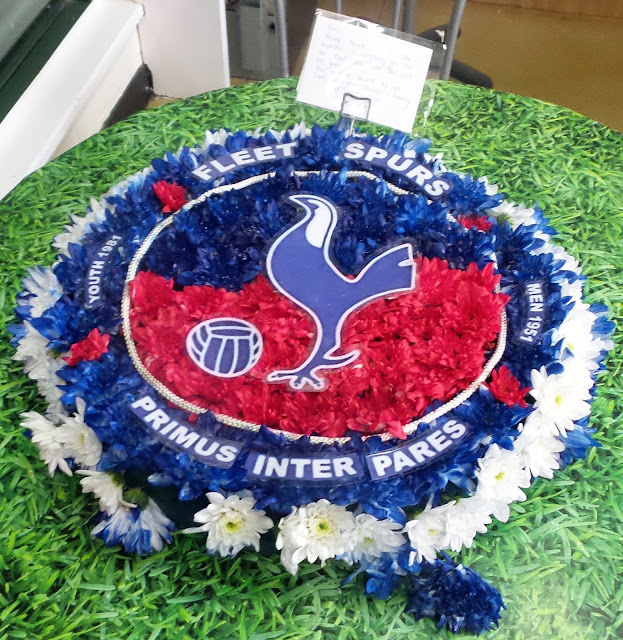 
KENNELS LANE is a fairly basic ground but it's extremely well kept. The only cover is around 50 seats in front of the clubhouse, similar to Pewsey Vale. The clubhouse offered some decent food plus a decent selection of cans of beer and cider. This is just as well as its a long way from anywhere and I can certainly recommend the bacon burger as it's as good as any that I've had in a football ground. It was a good value night out, the programme included with entry was very nicely presented, though it could have done with more in it, stats and reading wise. 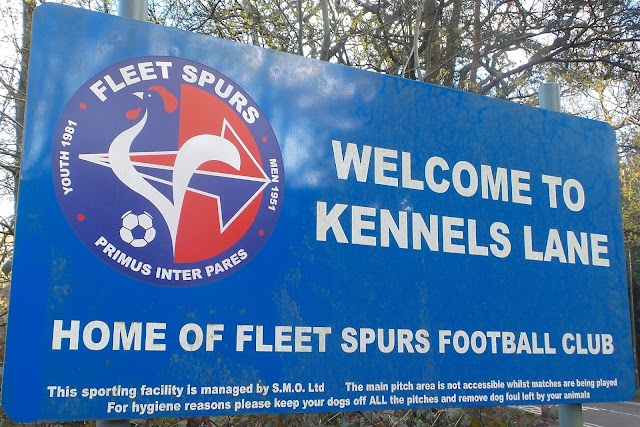 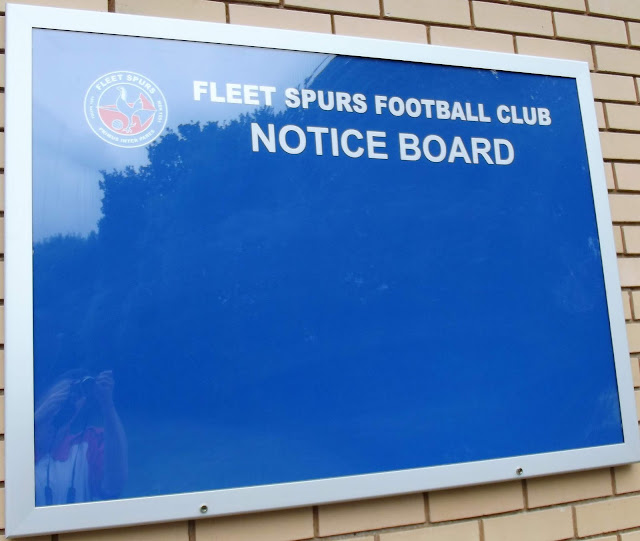 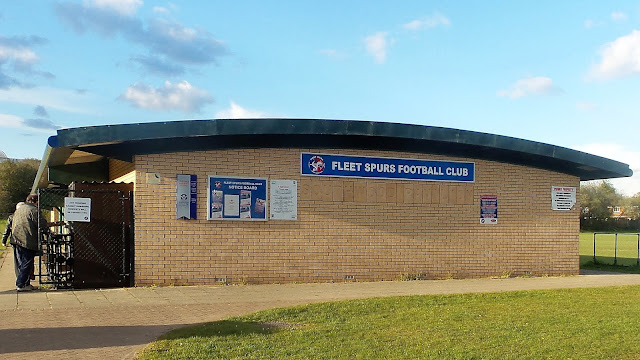 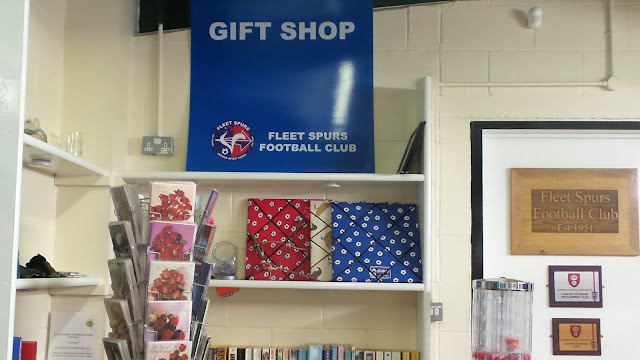 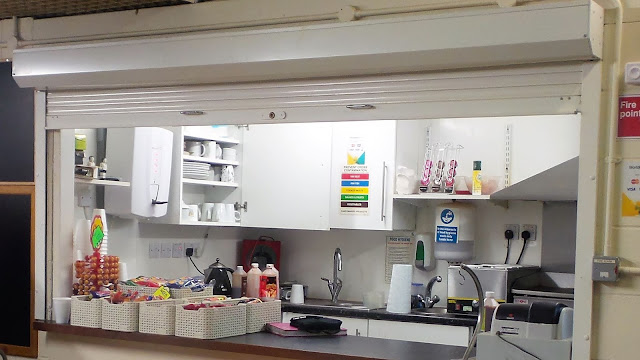 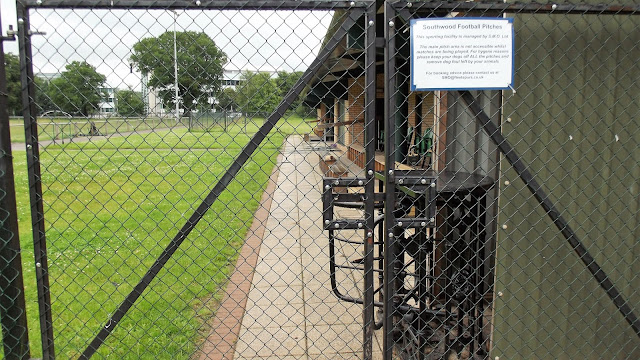 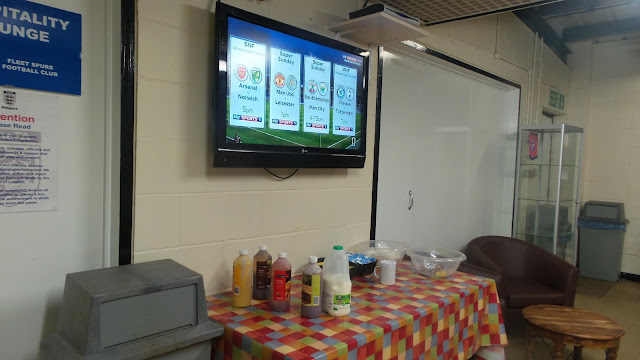 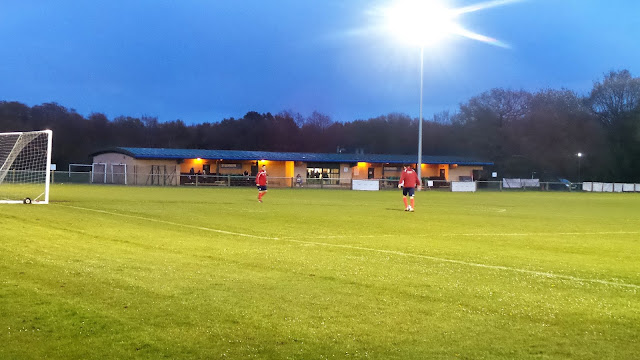 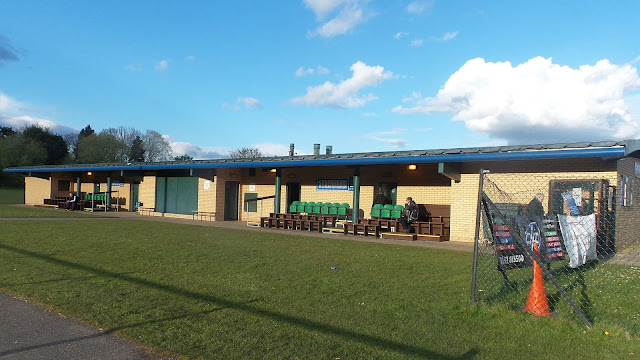 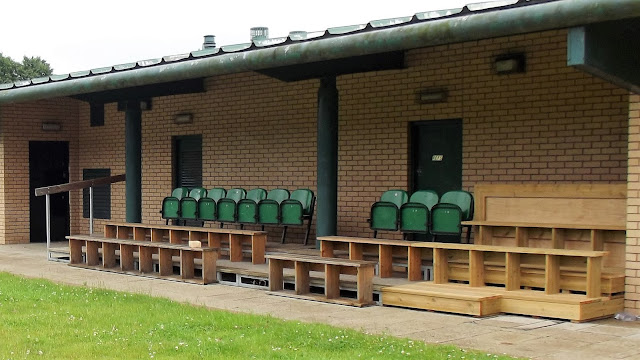 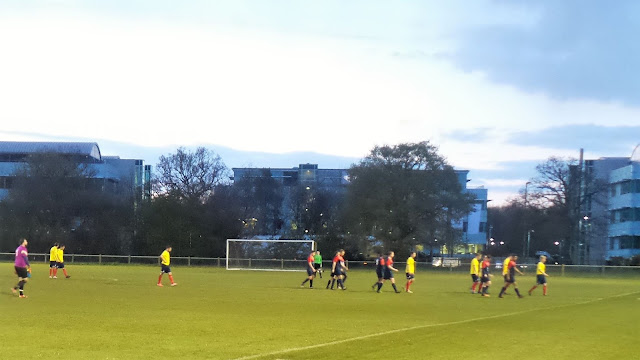 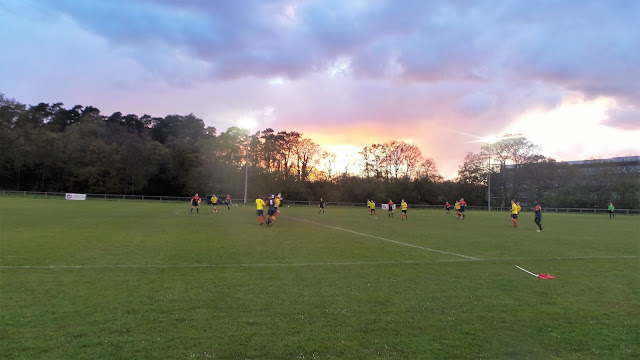 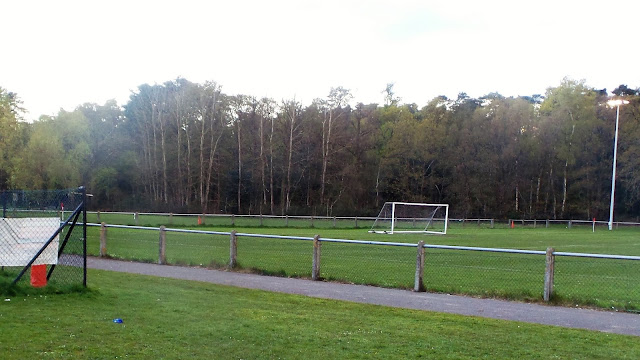