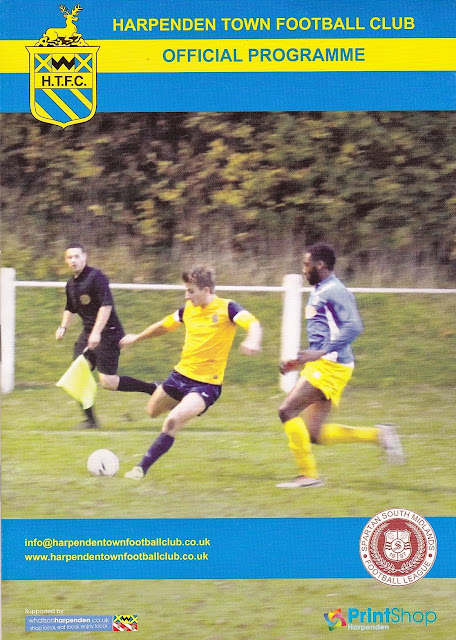 HARPENDEN TOWN FC was founded in 1891 and after initially spending time in the Hertfordshire League, they joined the South Midlands League and have been there ever since, carrying on their membership when it merged with the Spartan League in 1997. In recent years most of their time has been spent at the Division 1 level, but for a long time they were a mainstay of the Premier Division. They were even Champions a couple of times, lastly in 1965. Since the leagues merged, the best they have managed is an 8th placed finish in 1998. They last competed in the higher division in 2006 when they finished bottom of the pile and have not been back since. They have finished in 7th place a couple of times since then and were having a decent season this time out. They sat 5th at the start of the game, with opponents Bedford in 2nd place. In the FA Cup, they reached the 1st Qualifying Round in 1998, which was their first season in the competition, but have not played in it since 2006. The FA Vase 2nd Round was reached in 1982 before a 4-2 defeat to Grays Athletic. 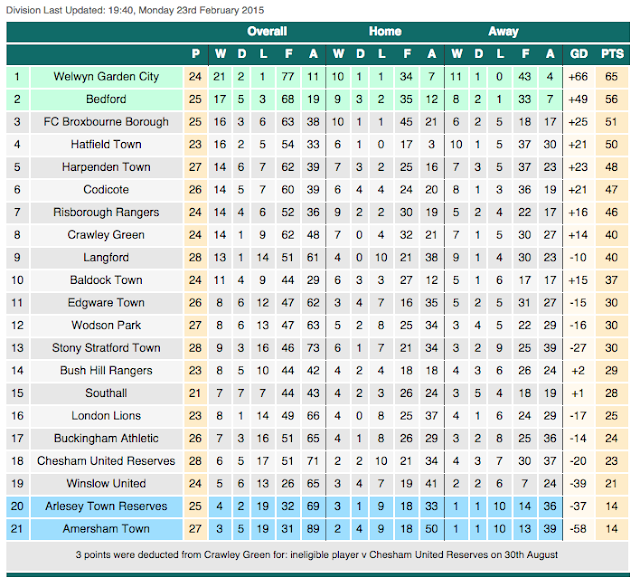 Another week, and another groundhop before a very busy March which included two weeks up north and two groundhops. I knew on Monday that I would be without fellow hopper Anwar, as he was going to Arsenal on Wednesday and couldn't afford both. I looked at the list of games, listing everything that I still needed to do, plus a revisit to North Greenford United v Kettering Town, as I had yet to obtain a programme from there. I restricted the distance to 60 miles away, as it would keep down costs, and also allow me to have dinner at home and leave at 6PM. On the day I caught up with my blog from Saturday at Hallam. It was quite a long one as I had not really made any notes during the game. Also, Hallam has a fair bit of history and I was going to write about Eccleshill's too, as I am off there next Wednesday. I also had to pop up to Tesco in Amersham and do a weekly price check that earned me £10 for my troubles. When I got back, I had some lunch and finished my blog off before looking again at my list of fixtures. A few had fallen by the wayside due to the weather, while a few had been confirmed on. It boiled down to 2 games - a revisit to North Greenford v Kettering Town or Harpenden Town v Bedford.

I put the question out on social media, initially erring towards North Greenford. There were 2 reasons for this - firstly it was a degree warmer than Harpenden, plus Kettering had further to travel, therefore less chance of it being called off. But the support was overwhelmingly for Harpenden in the comments and tweets, so I decided to go for them instead. I spent the next hour or so preparing and researching this blog. After having a nice dinner of Lamb Rogan Josh before leaving home at 6PM. I had a good journey to the ground with only minimal delay considering it was the rush hour. It took me a while to find the ground as there were so many sets of floodlights. I walked past a load of tennis courts and the ground was nowhere to be seen. The next stop was an astroturf pitch before finally finding the ground. There was no one at the turnstile so I went around the ground getting some pictures before going to the clubhouse to get a programme. When I got back the bloke was at the table taking money and so I paid my £5. I sat down and read my programme which was basic but great value for 50p while I waited for the game to start. 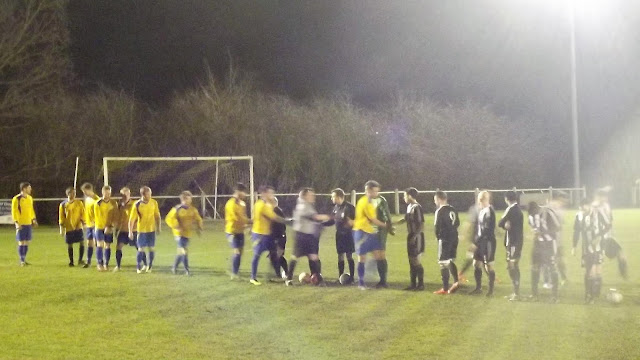 The game started at a decent pace with some end to end football. The first real chance came around the half-hour mark when Harpenden forced a great save out of the Bedford keeper. There was then a flashpoint when a Bedford player took out his Harpenden counterpart which sparked handbags and a booking from the referee for the offender. There were chances for both sides but it remained goalless at the break. The second half started off at a slightly slower pace. A Harpenden player got his revenge for the first-half challenge with an equally meaty tackle and Bedford came close to scoring from the resulting free-kick. There were further chances for either side but the finishing was wayward. I felt the referee did well to handle what was a feisty game. He let it flow, but eventually, something had to give and a Bedford player was sent off in injury time for a second bookable offence. It certainly wasn't a 0-0 in terms of entertainment and I'd enjoyed the game. It was a late finish though with all the goings-on and there were some more handbags at the end. I left around 9.50, getting back at 10.30. I listened to the radio on the way home, where Man City had lost 2-1 to Barcelona and Joe Hart had saved a penalty from Messi in the last minute. I spent around 45 minutes online before watching TV in bed and going to sleep around midnight. 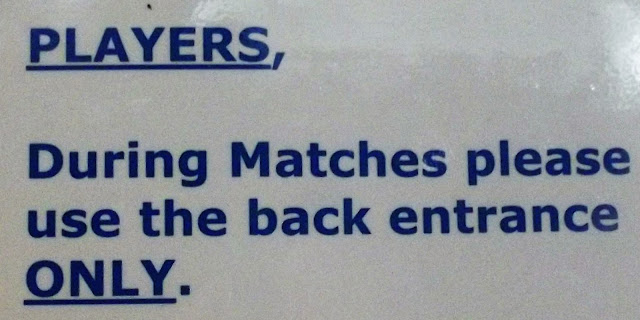 ROTHAMSTED PARK is a pretty basic venue but it is set in a pleasant park along with a load of other sporting clubs. There is just the one stand - covered bench seating for around 50 people. The clubhouse is basic offering a few bottled drinks and basic snacks although it is soon due to be refurbished after the club had a grant accepted. The town is very close by and presumably has a decent choice of outlets. 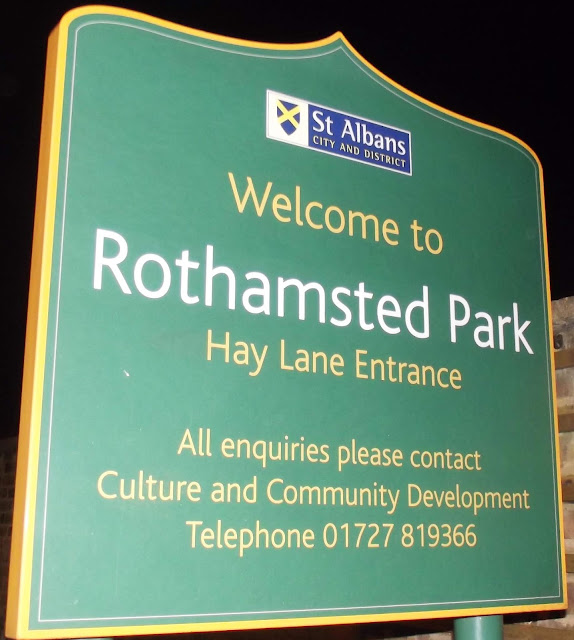 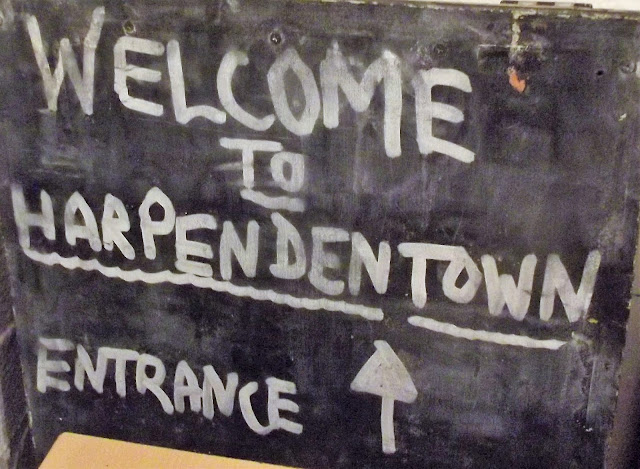 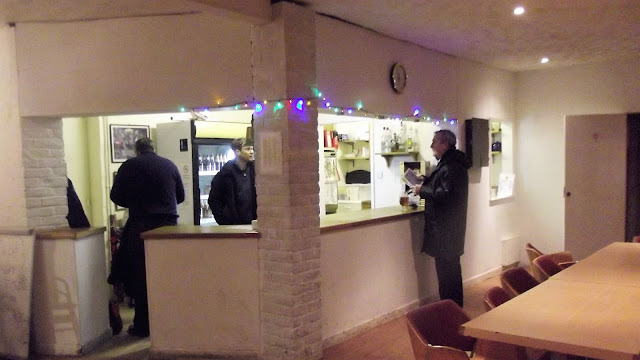 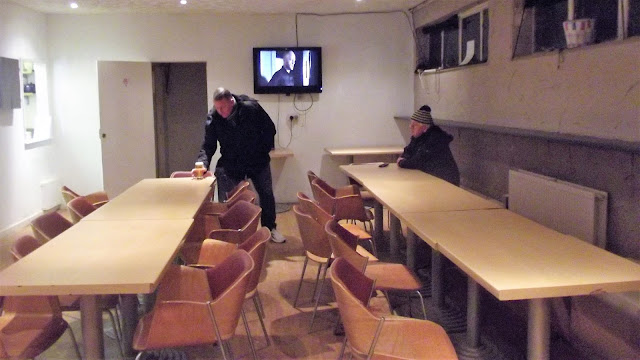 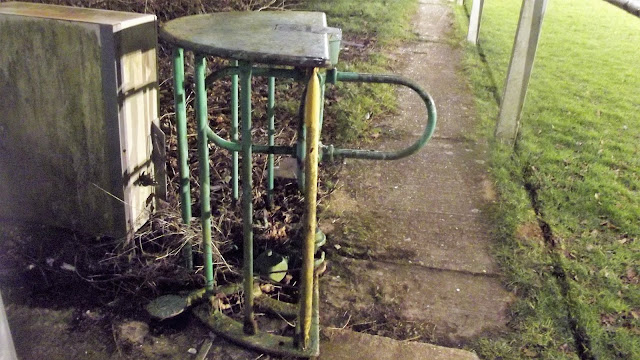 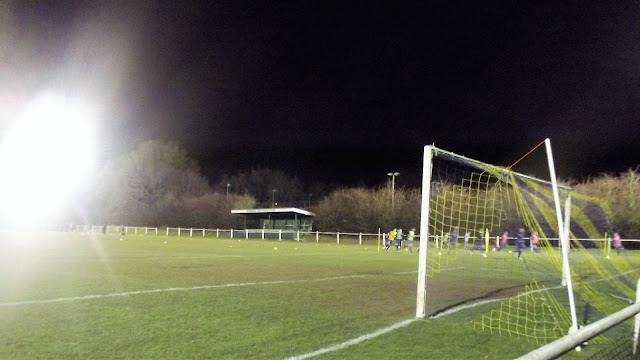 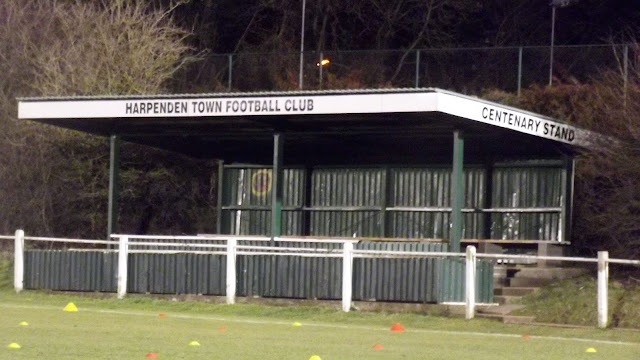 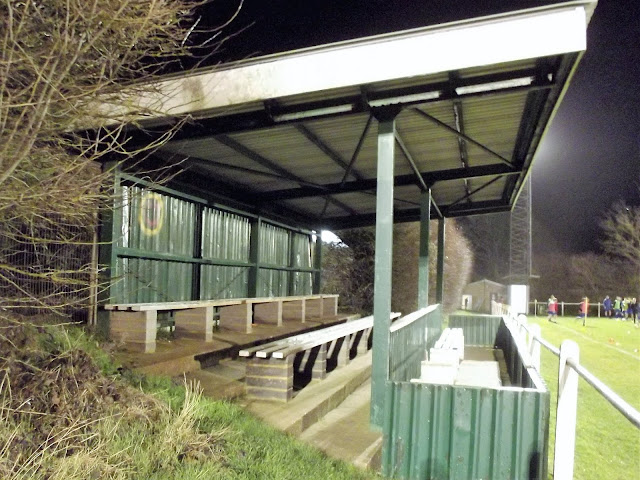 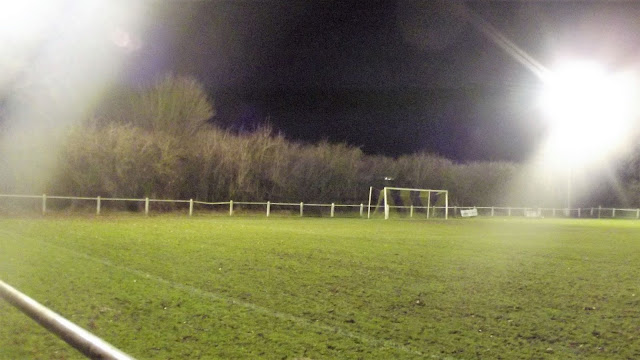 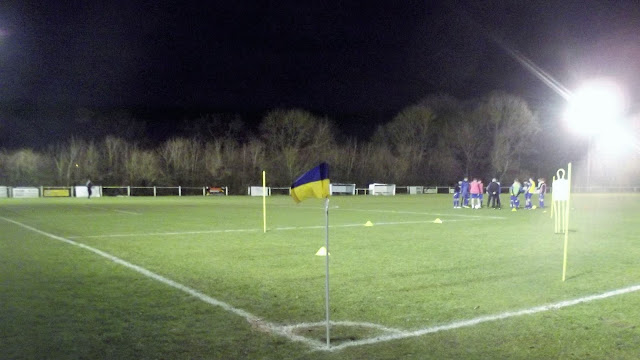 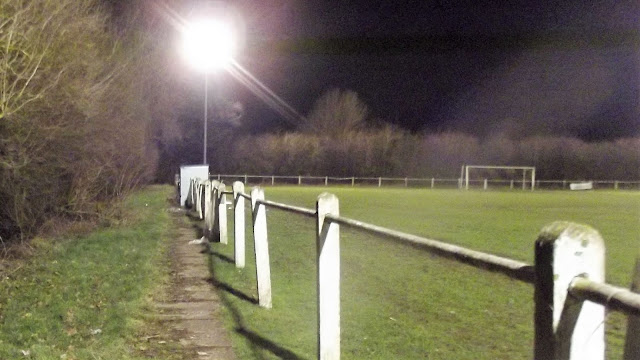 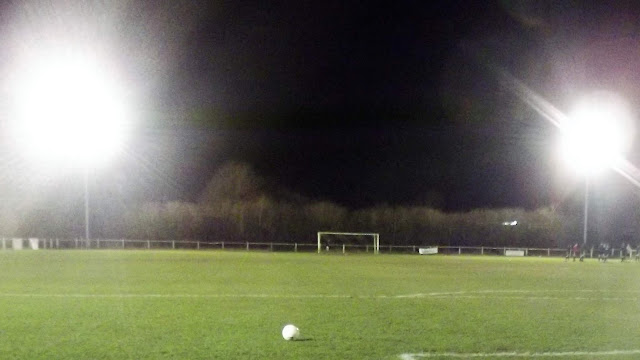