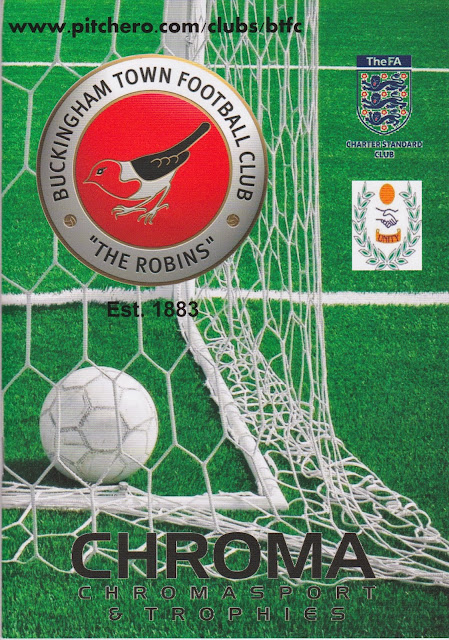 Buckingham Town FC was formed in 1883, but their most famous moment came over 100 years later when they had a huge run in the FA Cup, whilst still members of the United Counties League. They beat higher league teams in Braintree Town, Aylesbury United, Heybridge Swifts and Braking before facing Leyton Orient. This put them in the eye of the national media. They did themselves proud, battling hard but going down to a 2-0 defeat. There is some great footage on Youtube of the game, and some of the typical media coverage that you get when a non-league club comes good in the Cup.

The season before that, they were on the march, winning 4 trophies including the United Counties League and the UCL Knockout Cup. They do not have much history in the FA Trophy but in the FA Vase they have had plenty of good runs, most recently in the 1992-93 season when they got to the Quarter Final before going out to Devon side Tiverton Town, who themselves go on to play Leyton Orient in the FA Cup a few years later.

League wise, they started out in local leagues before becoming founder members of the Hellenic League in 1953. They stayed there for 4 years before joining the South Midlands League. before transferring to the United Counties League in 1974. Joining at Division 2 level, they earned 2 consecutive promotions to find themselves in the UCL Premier. After a few seasons of consolidation they launched a real assault on the league and in 1986 they won the UCL for a second time and accepted promotion into the Southern League. Switching between the Southern and  Midlands Divisions of that league, they had their best ever finish in 1991 when they won the Southern League Southern Division, which at the time was step 3 of non-league.

However, they were denied promotion due to ground grading issues and a period of decline followed. They actually enjoyed top half finishes all the way until 1997 but that season they finished rock bottom of the Southern League - Southern Division with just 2 wins all season. Back to the United Counties League, they went and despite a 2nd placed finish in 2004, they were relegated again in 2007. They have never really looked like coming back and with the loss of their ground around about this time, they have found the going tough. The last game saw them hammered 9-1 at Thrapston Town. I actually saw the corresponding fixture last season at Thrapston when they managed a 1-1 draw. They had actually seen back to back wins before this thrashing, and at the start of play sat 15th in the table with their opponents in 3rd place and looking good for a shot at promotion. 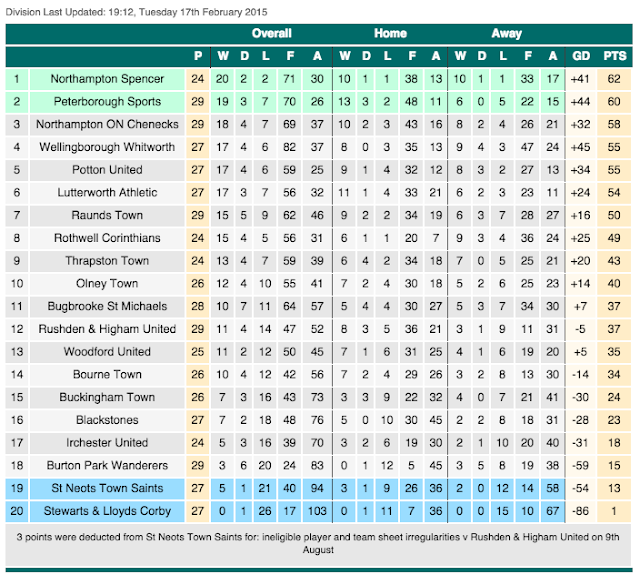 I had been meaning to visit Buckingham Town for a while. The good thing about them was that they played Wednesday nights, so there were few conflicts with other games. It was one of the nearest that I still had to do. and so we had been on the lookout for a while. The ideal opportunity for me came on this date, and to make things even better my parents were out for the night, meaning I would have to be sorting my own dinner anyway. It would be the second of my 5 games in 5 days if all went to plan, which was proving to be a very busy week, football wise. On the day of the game, I woke up slightly dazed after a couple of hours of sleep due to my footballing adventures last night. However, after taking a couple of energy pills and having some Irn Bru, I was right as rain. I was glad that it was a short day at work, I was out by 10am and I went home and did some of last night's blog. I then had a bath and some lunch before completing and publishing the entry. I had an unwelcome expense as I needed a couple of tyres and tracking done on my car - cost £140 and a consequence of me going here, there and everywhere in the name of groundhopping. At least I got to go down town while it was being done and get the few bits that I needed. With my wallet a fair bit lighter I made my way home, and did some research on tonight's teams, before getting myself some dinner and leaving at around 6PM. In the end, I didn't get out of the house until 6.10 due to eating my dinner of pasta. I still got to Anwar's just after 6.30 and we were soon on our way. There were a couple of slowcoaches on the single carriageway but we still got there at 7.10. It was at this point that I realised I had left my bag at home with my camera and everything in. Luckily it was only a local trip so it didn't matter so much but it was still annoying. 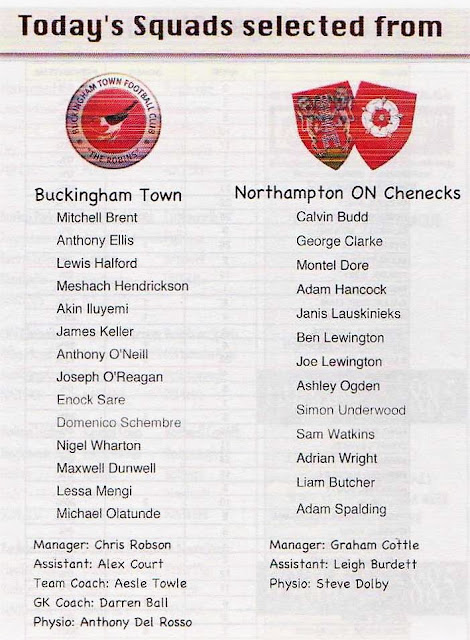 I got my programme before going in the bar to keep warm, but I wasn't drinking tonight. There were a group of old people enjoying line dancing sessions and watching that killed the time before kick off. 10 minutes to go and I paid my £4 to get in and got some pictures of the ground on my phone. As I was watching the game I noticed that my groundhopping pal Laurence was there and as usual he was a mine of information and entertainment. I stood with a few hoppers and watched what was a sporadically entertaining first half. The second half got a lot better, as you can see from the match report from the Buckingham Town website at the bottom of this page. After the game, I said my goodbyes to my fellow groundhoppers and went and met up with Anwar and his sun Hicham to start the journey home. It was quite cold by now and I was glad to get to the warmth of my car. It was a decent journey home and after dropping Anwar and Hicham home at 10.10, I was back home myself by 10.30. I read the programme as soon as I got in, not that there was a huge amount to look at. Some of the printing on the inside pages was not great either, but at least it filled in some of the gaps in their history that I hadn’t been able to find out on the web. I checked Facebook and then watched Coronation Street before going to bed at 11.30. 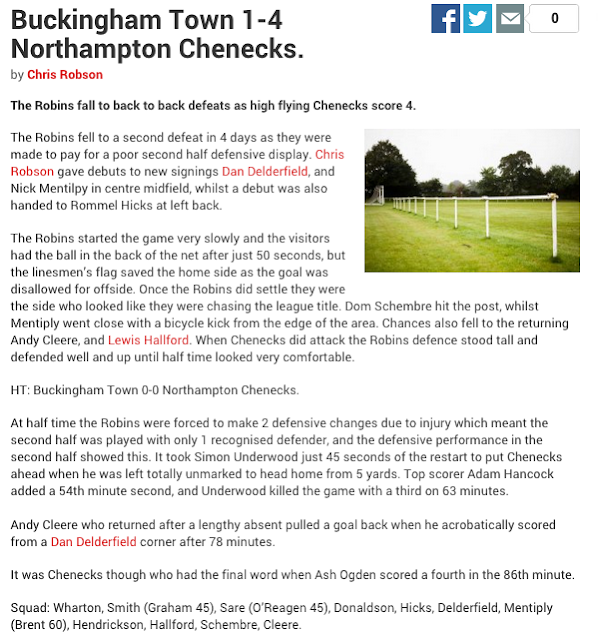 MANOR FIELDS is a pretty big ground for step 6 level and although it’s a bit scruffy in places, it still has 2 seated stands. The biggest of the 2 runs the whole length of the pitch and is 3 rows deep. There is also another seated stand on the other side that straddles the halfway line and is about 5 rows deep. All in all, I’d guess that there was around 700 seats in all, with the rest of the ground uncovered. There is a clubhouse outside the ground and that offers your usual range of clubhouse drinks. They also serve tea, coffee and snacks in there. The entry is great value at £4 and although the programme is not the best, it’s OK for a quid. 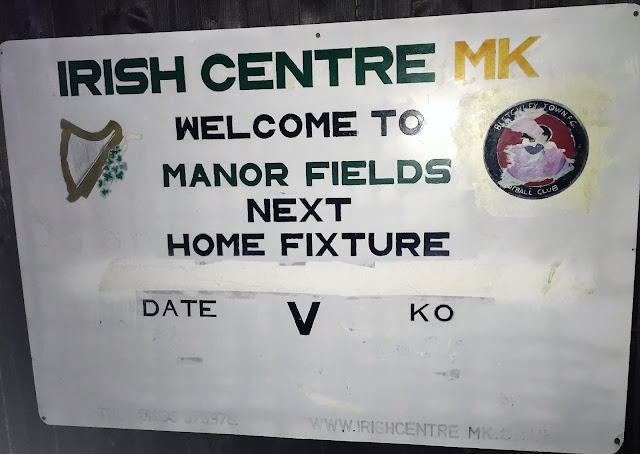 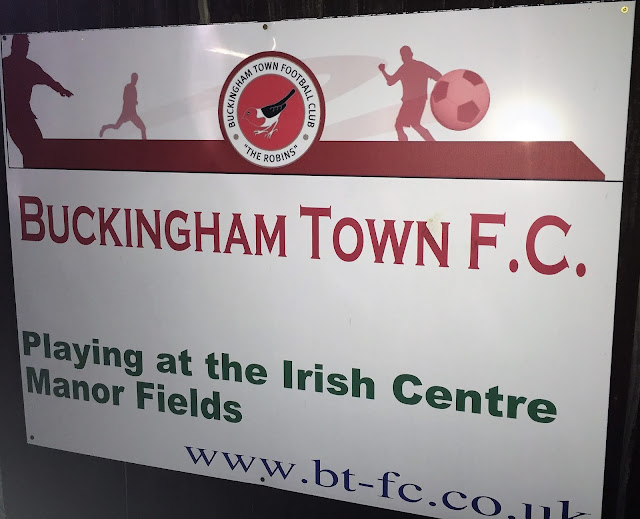 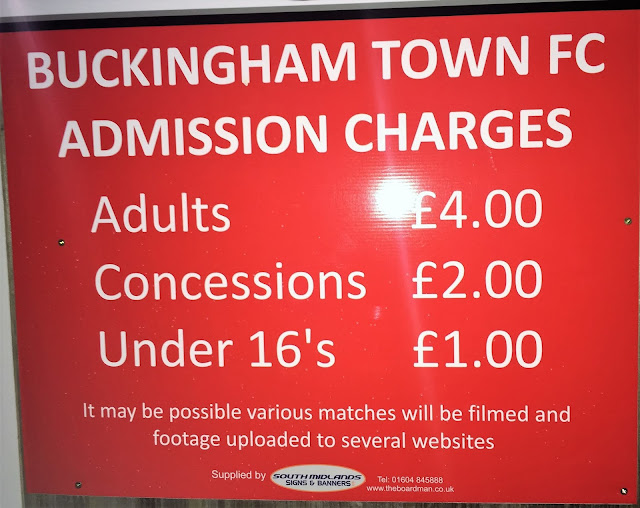 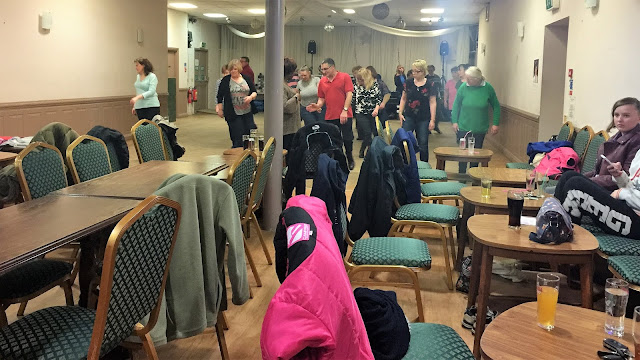 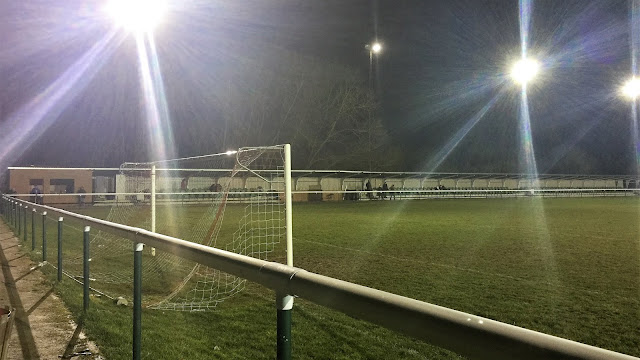 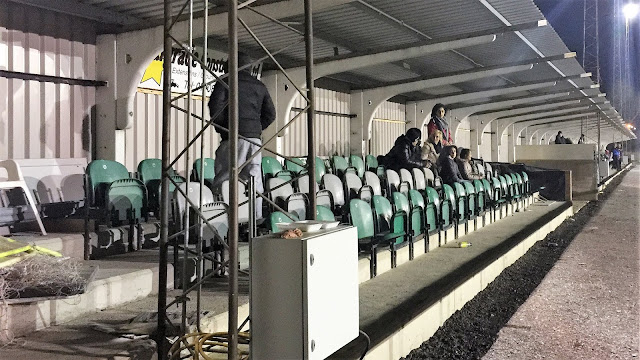 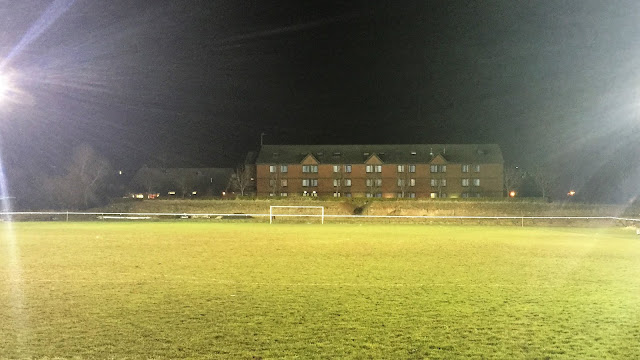 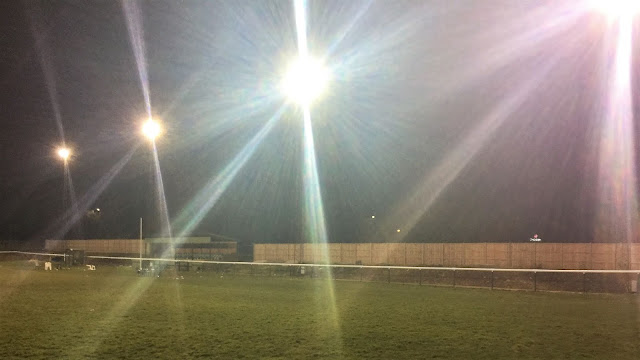 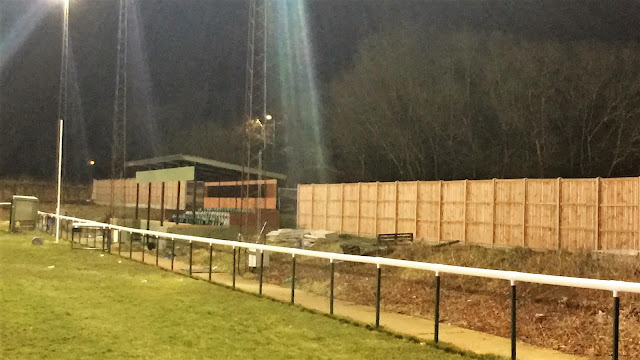 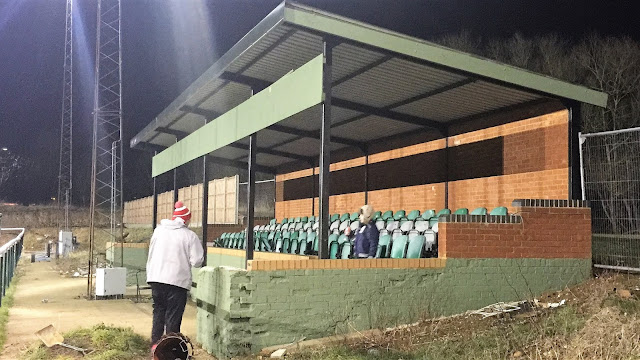 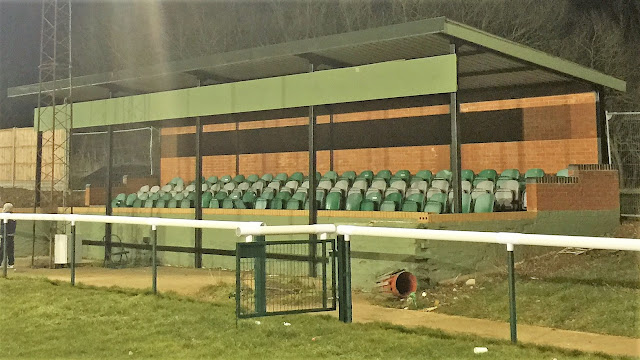 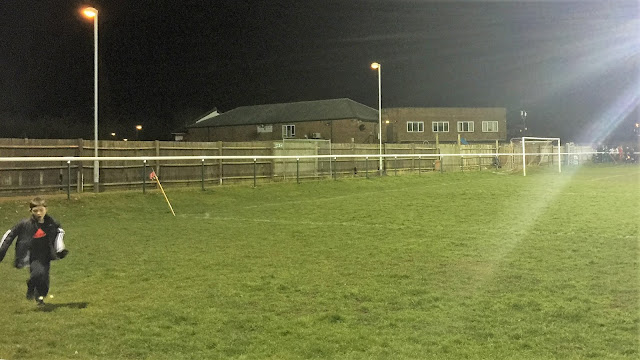