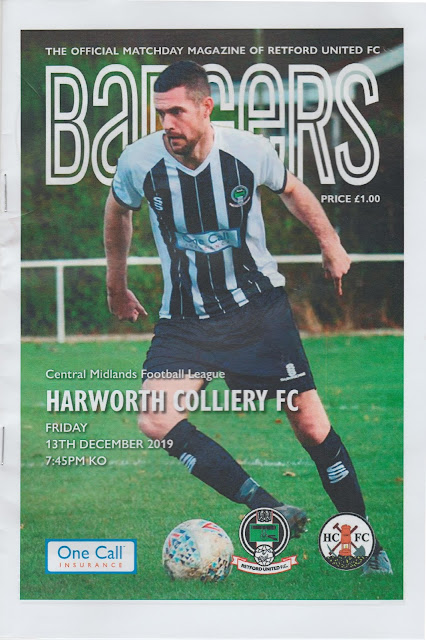 The club is a fairly new one, having been established in 1987 after an old club, Retford Town, went out of business. They spent a season in the Gainsborough & District League before joining the Notts Alliance. Finishing a credible 6th place in their debut season of 1988/89, they would remain in Division 2 until 1995 when a runners-up spot behind Rainworth MW Reserves was good enough for promotion to Division 1.  Another promotion to the Senior Division followed in 1998 but Retford United were relegated back to Division 1 at the turn of the millennium. They were Division 1 Champions in 2001 , joining the Central Midlands League. The second-tier Premier Division was won at the first attempt as was the Supreme Division in 2004. This saw Retford United make the step up to the Northern Counties East Division 1, finishing as runners-up behind Carlton Town in 2006. The NCEL Premier was won the following year, enabling promotion to the NPL. Division 1 was won twice in a row with the club having to wait until 2009 for promotion due to ground grading regulations. They enjoyed their best-ever finish of 6th in the NPL Premier (step 3) in 2010, but fortunes soon declined. They finished bottom of the league in 2011, opting to drop down two divisions to the NCEL Premier. They competed well for the first few seasons, even winning the league in their debut season. Between 2017 and 2019, Retford United suffered two successive relegations to find themselves back in the Central Midlands League. Playing in the North Division, they finished 4th last season and sit 5th prior to tonight's game.

Retford United enjoyed a great run to the FA Cup 4th Qualifying Round in 2008. After beating Barrow Town, Willenhall Town, Romulus and Newcastle Benfield they lost 3-1 at home to Conference North side Alfreton Town. The previous year, they reached the FA Trophy 1st Round, losing out to Histon. The best progress in the FA Vase came in 2006/07 when they reached the 5th Round before losing 5-1 at Leamington. Local cup wins include the NPL Chairmans Cup in 2008, the NCEL Wilkinson Sword Trophy in 2006, the NCEL Presidents Cup in 2007 and three trophies whilst in the Central Midlands League. The town of Retford itself has a population of just under 22,000 and has a great range of pubs considering its size. Famous people to hail from the town include Liam Lawrence, the former Portsmouth and Republic of Ireland footballer. Retford FC also plays in the town, once below United, but now playing in the NCEL after a good few seasons. 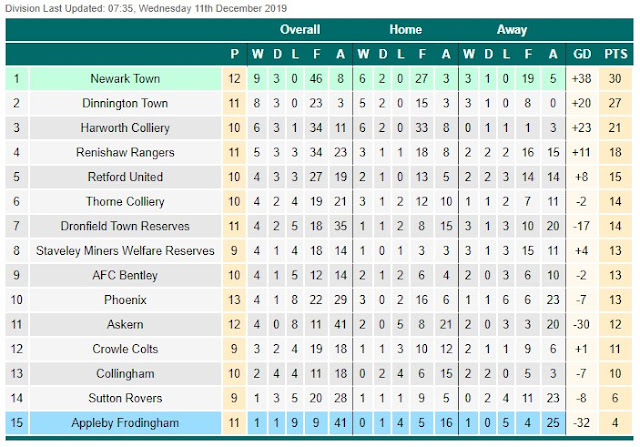 I first spotted this fixture around a month ago when looking for rare Friday night games. It was one that I could do with fellow hopper Chris, although it was so far in advance, he'd completely forgotten about it until I reminded him. Thankfully, he was still happy to do it and so plans were put in place. The only issue was the weather - it had been yet again raining all week and Retford had lost two games at their ground this week already. Even though it would be mainly dry in the 24 hours before the game, I was hoping they'd make an early call to save too much of a wasted journey. The day of the game came and it was a 4 am start at work. Thankfully, the day was not too busy and I was home shortly after 12. I'd already been messaged by the club saying they were 'pretty sure the game would go ahead if there was no more rain'. Later on, they tweeted publically that there would be a pitch inspection at 4 pm. There were a couple of brief showers forecast for the afternoon, but I was hoping there would be no problem. The game was being billed as the Bassetlaw derby and that particular constituency had been in the headlines and gone to the Conservatives for the first time since 1935 in a generally disastrous night for Labour. I left at 2, stopping in Aylesbury to do some Christmas shopping, with it almost completed and a bottle of special Christmas Irn Bru bought into the bargain. I got to Chris at 3.40 and for once, we had a clear journey. Chris rang the Retford United secretary and soon after we got a call back. It was also later confirmed on Twitter with the club messaging me to confirm which was great. 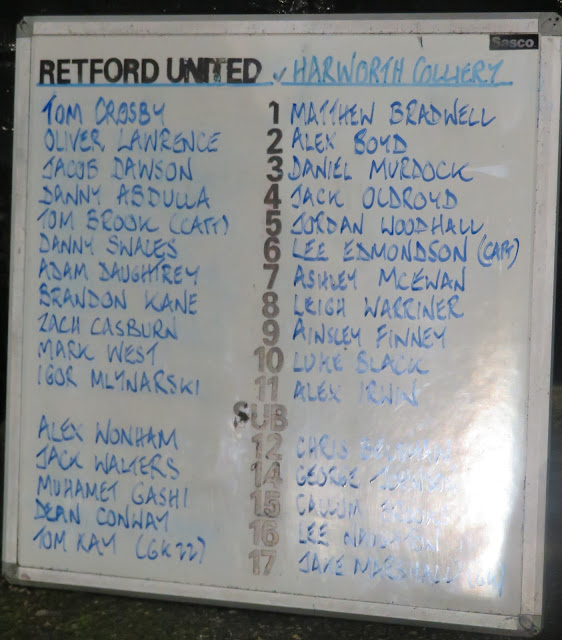 We got to Retford at 6, parking in town and going to the Dominie Cross Wetherspoons which was as excellent as last time. We had a Brie and Bacon burger Christmas meal and a pint of pear mania each before making the short journey to the ground, arriving at 7. It was pretty cold so we sat in the clubhouse for a while, reading the £1 programme with entry being £3. For once, it was nice to have time to relax before kick-off, write some of this blog and catch up online while I had a Bovril. I visited the club shop, a real good one with a selection of old programmes. I bought a couple of books for a quid. Looking at the form in the league games Retford United were in reasonable form. The last six games they'd won 2 (4-0 at Appleby Frodingham and 4-2 v Phoenix) drawn 3  (1-1 at Newark Town, 3-3 at Collingham and 2-2 against Staveley Miners Welfare) and lost 4-3 at Renishaw Rangers.  Over the same period, Harworth Colliery were in slightly better form, having won 3 (3-1 against AFC Bentley, 9-0 against Askern and 5-0 against Crowle Colts) and drawn 3 (2-2 at Renishaw Rangers, 2-2 at home to Dronfield Town Reserves and 1-1 at Dinnington Town. 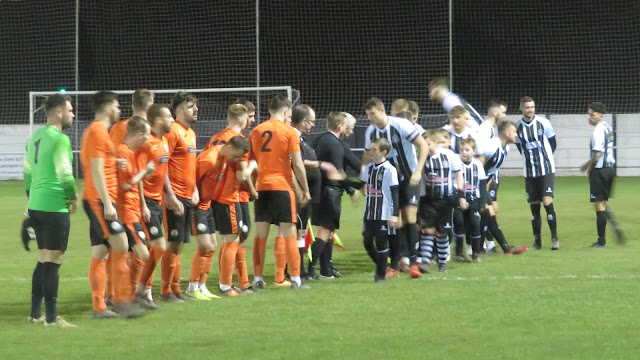 It was a physical start to the game with Harworth Colliery having most of the attacking play. Chris counted 160 in attendance, a tidy figure for a step 7 game and yet another indication that Friday night football works. With the game ten minutes old, Retford United had a good spell but neither side was troubling the keepers. Harworth took the lead on 24 minutes when a hesitant home defence allowed Ainsley Finney to get away from the defence and lob the keeper from 30 yards. Retford scored on the break on 37 minutes when Mark West headed in a cross from six yards out. His namesake was a Wycombe legend in the late 80s and early 90s, famed for his goalscoring prowess and love of jam doughnuts. Within a minute, Adam Daughtrey had the home side in front, a great lob from 25 yards from wide on the right. The hosts were very strong at the start of the second half and had a couple of efforts cleared off the line. It was Harworth's turn to score on the break after 59 minutes, Ainsley Finney getting his second with a low shot from around 15 yards. Retford retook the lead ten minutes later. A shot from the edge of the area was spilled by the keeper and Dean Conroy was there to follow up from around ten yards. A smart move saw Retford make it 4-2 on 78 minutes with the ball being backheeled across the goal for Alex Wonham to finish from point-blank range at the back post. Retford came close with a free-kick and were on top but a minute from time Lee Naughton reduced the arrears to 4-3 when he nodded home following a goalmouth scramble. Retford held out after this to gain a deserved win but both sides played their part in a superb game. We left around 9.50 but I had to take it easy on the way home as I was low on petrol. After stopping at Tesco in Milton Keynes, I dropped Chris off just before midnight, getting home myself an hour later. With no work in the morning, I stayed up for a couple of hours updating my blog and watching TV. 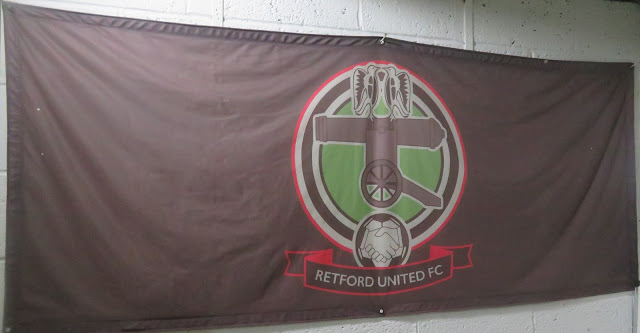 Canon Park is a decent setup for step 7, having seen service at four levels higher. There's a stand holding around 200, plus cover behind one goal for a further 100 standing. Aside from the clubhouse overhang, the rest of the ground is open. Everyone is really friendly and helpful, making it a good day out. There's also a decent club shop with a large selection of old programmes and books for 50p each as well as club merchandise.

There's a decent tea bar with food at reasonable prices although I didn't try anything. There's also a spacious bar with sports TV and a basic selection of drinks. In town, a mile away, there's a Wetherspoons, The Dominie Cross. This is one of the better in the chain and offers four real ciders and plenty of real ale. Beerheadz and The Beer Shed are two excellent Micropubs. 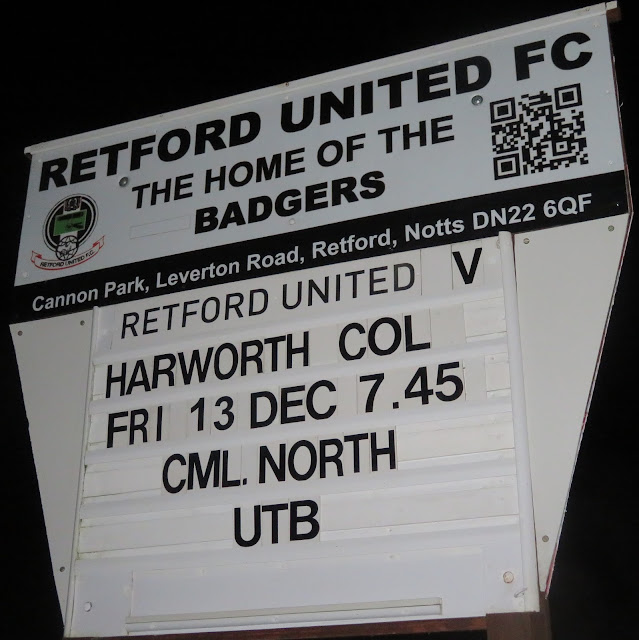 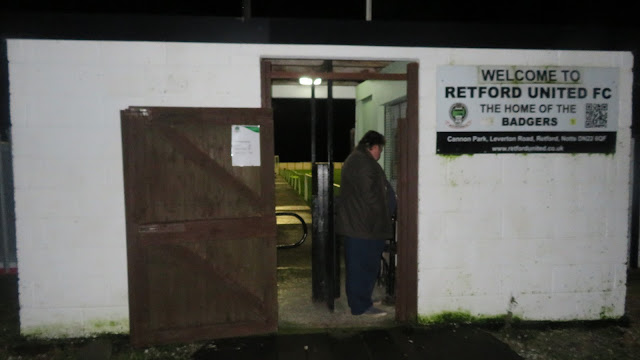 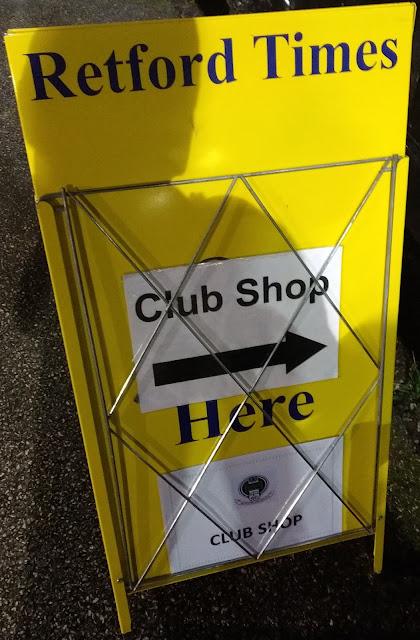 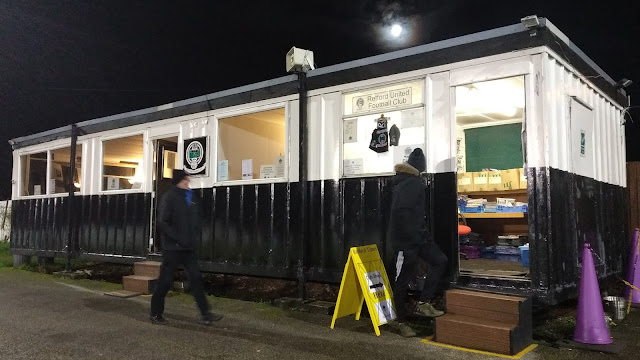 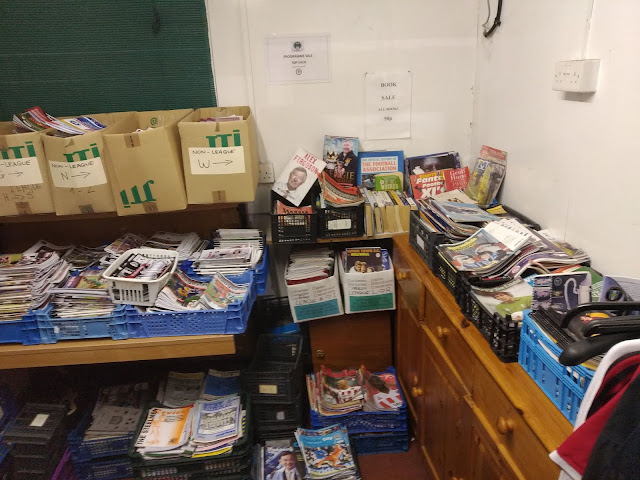 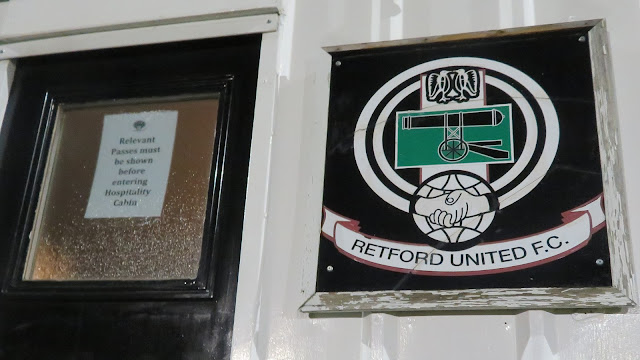 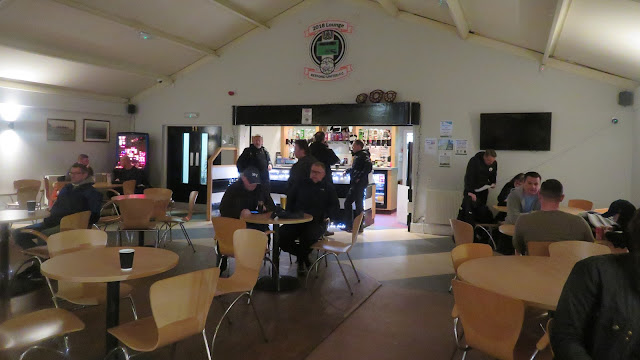 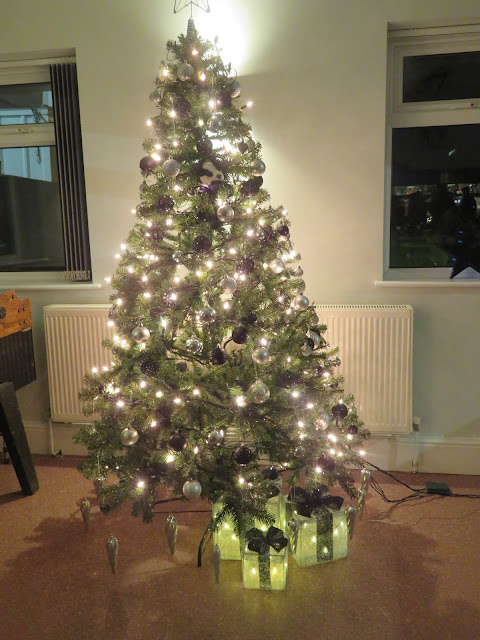 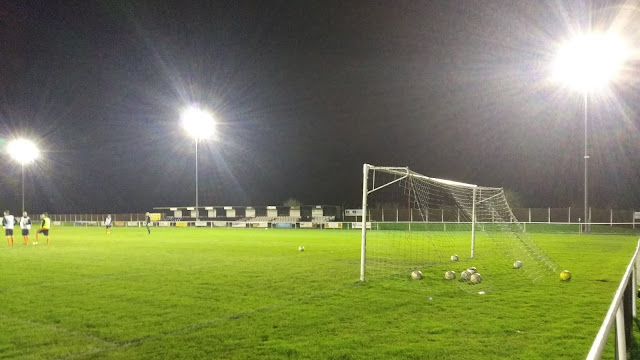 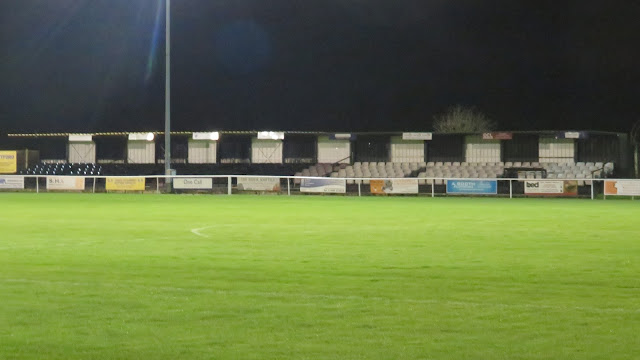 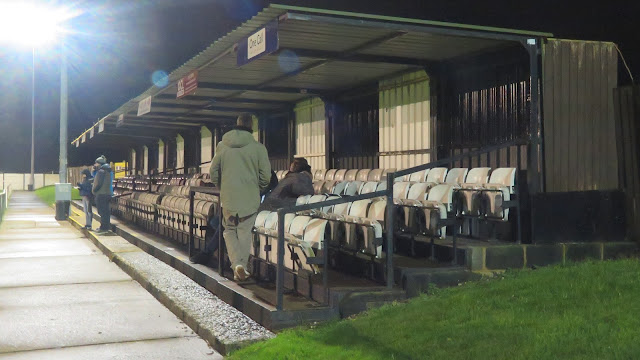 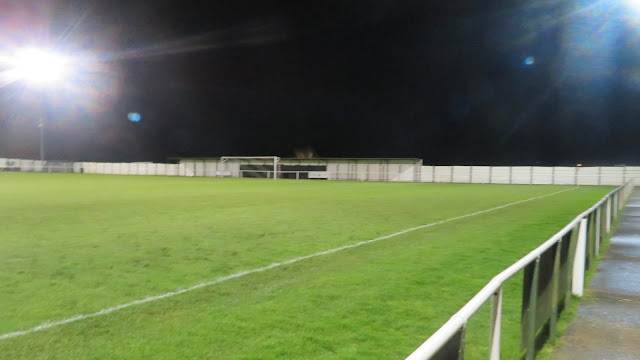 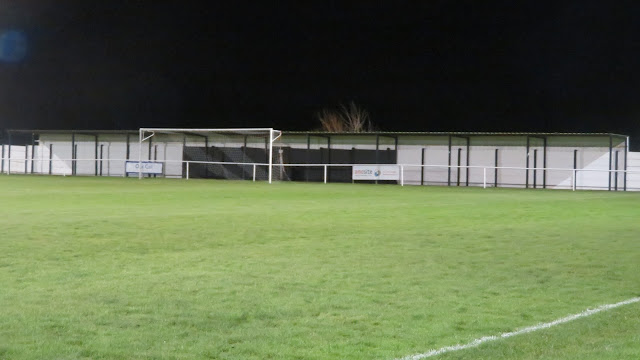 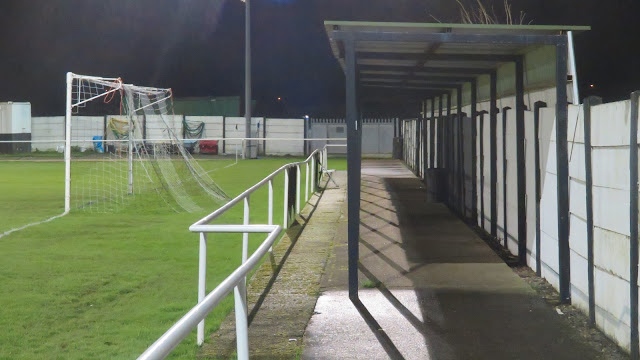 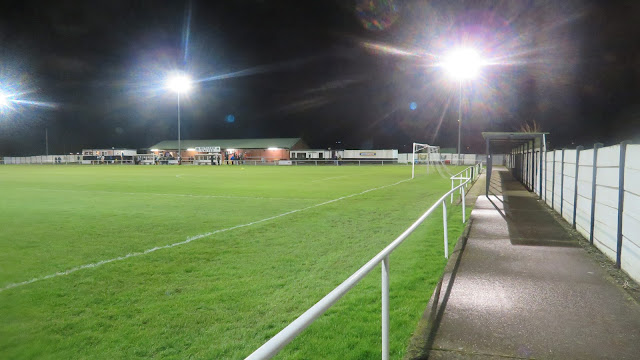 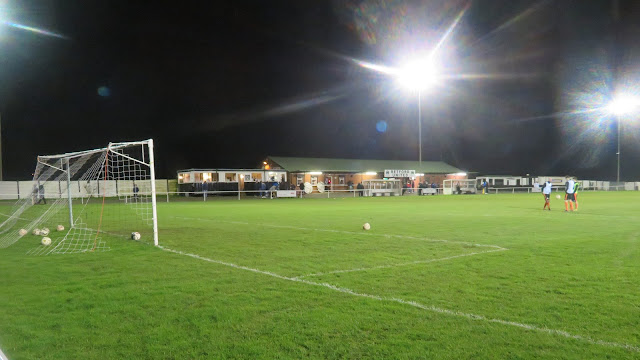 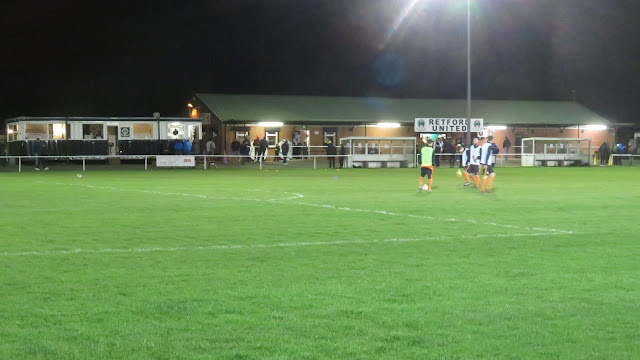 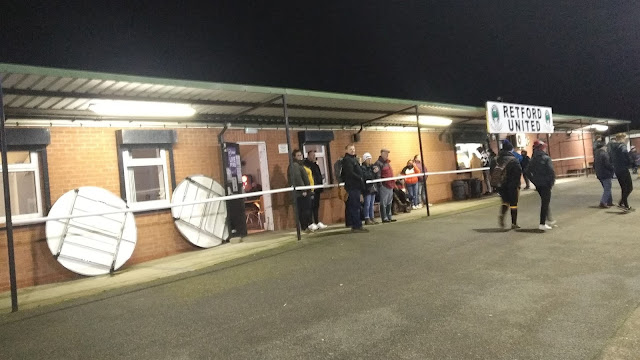 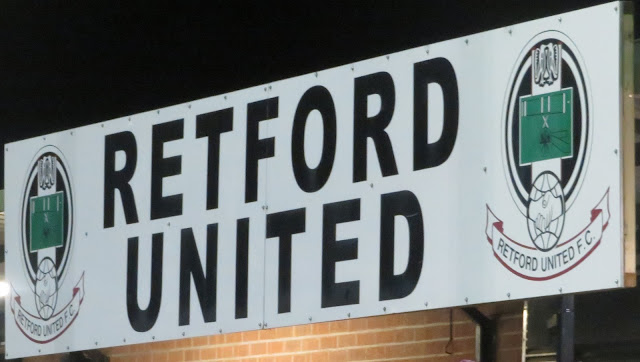 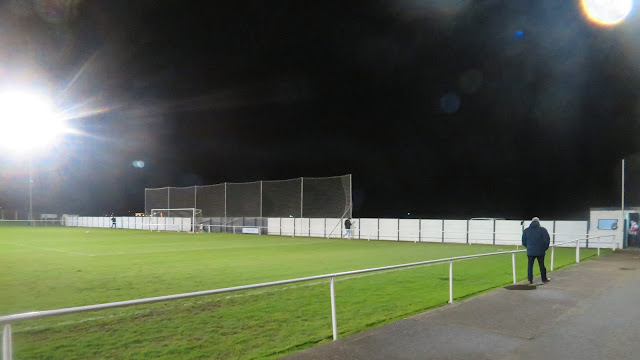