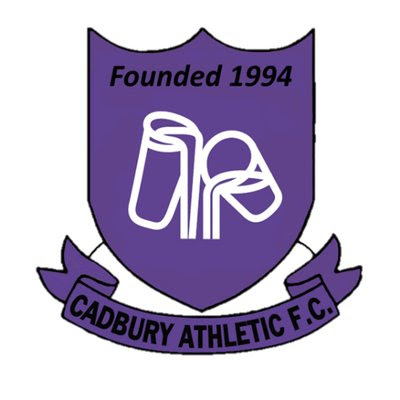 A HISTORY OF FOOTY AT BOURNVILLE REC

The Bournville Recreation Ground was laid out in 1896, with the pavilion building, originally built for cricket, was opened in 1902. Hockey and bowls have also been played here. The complex was part of the 'model village' built by the owners of the Cadbury company who had moved there a few years earlier. Back when companies treated their employees with respect, the village was built and originally included 313 cottages were erected to alleviate the cramped living conditions of the workers at the factory. Comprehensive sporting facilities were also made to improve the health and fitness of the employees. The name of the village take its name from the nearby River Bourn and has a population of 25,938. As George Cadbury was a temperance quaker, no pubs were ever built in the village. The Cadbury Bournville chocolate bar takes its name from the area.

The first football team to play at the venue was Bourneville Athletic, formed in 1896. They competed in the Birmingham & District League which was renamed the Birmingham Combination until 1939 when World War 2 broke out. They generally struggled here due to them not paying their players compared to the rest of the side in the league. When hostilities ceased, the club would join the Central Amateur League for a couple of seasons, with two mid-table finishes. They'd join the Worcestershire Combination (Later renamed the Midland Combination) in 1948, winning the title in 1950. The league split into two tiers in 1961 and by now the club was struggling, getting relegated to the second tier in 1964. The poor form continued, a highlight being a 9th place finish in 1983. However, the side were relegated to third-tier in 1985 and folded a couple of years later. The club's debut season in the FA Cup saw a remarkable run to the 4th Qualifying Round in 1945. Tamworth and Moor Green were beaten prior to an 8-1 defeat at Nuneaton Borough in the 3rd Qualifying Round in front of 4,000. However, Nuneaton were disqualified and Cadbury would go on to lose 6-2 at Shrewsbury Town who were at the time five years away from joining the Football League.

Cadbury Athletic FC was formed in 1994. They joined the Midland Combination upon formation, starting out in Division 3. A 9th place finish in their first season was good enough for promotion to Division 2. A series of mid-table finishes followed until 2001 when 4th place was good enough to go up to Division 1. Despite finding the first couple of seasons being a struggle, Cadbury Athletic soon improved and in 2005 a runners-up spot behind Atherstone Town saw the club promoted to the step 6 Premier Division. This meant that a groundshare was needed, with the club playing at Pilkington XXX and then Alvechurch. They'd return 'home' for a couple of seasons between 2012 and 2014 before returning to the Triplex Sports Ground. Their reserve side has played at the venue since t least 2015 when they joined Division 4 of the Midland League, the highlight coming in 2017 when they finished in 3rd place.

I’d been Birmingham bound a few times this season, so was initially hoping to head to London or venture south on this day. But a lack of decent options at reasonable train fares had prompted me to think again. The Bournville Recreation Ground was a venue I’d fancied visiting for a while, even more so after seeing a fellow hopper’s pictures on Twitter. With a £12.80 advance return available a couple of weeks before the game, I plumped for it, knowing that I’d only have to pay £3.10 to get to Bournville station. I’d had a restless night’s sleep before the game but awoke feeling refreshed when my alarm went off at 6.50. I got ready and a quick breakfast of chicken drumsticks was enjoyed before I left 20 minutes later. After popping into the local shop for a paper and a pack of Cadbury Twirls, it took me an hour to get to the station. I got the 08:34 as planned and this deposited me in Birmingham just after 10 am. I spent the journey time productively, typing my blog from last night and catching up online. As I was a bit behind, I stayed on an extra stop to Birmingham Snow Hill to give me time to finish. 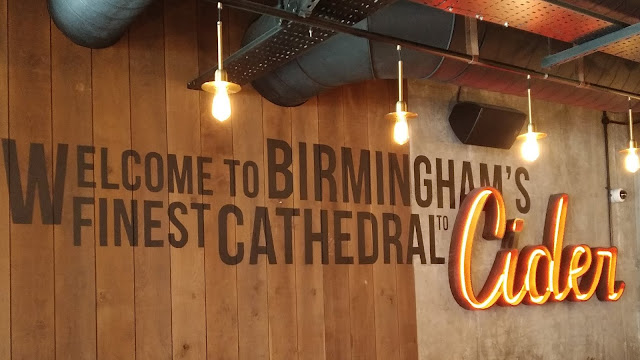 It gave me the chance to visit a pub that I'd not been to for 7 years in the Wellington, but the cider selection was disappointing. I opted for a pint of Broadoak Crimson King which was very artificial but did at least give me time to read my paper. I had a good look around some shops, picking up three PS3 games for a quid. I've not played it in years, but it may get dusted off for a couple of driving games and London Olympics 2012. From there, I headed to the Stable, arriving at 12.15. I had a pint of Wise Owl Screecher which was excellent whilst I caught up online. Next up was a bottle of Rambourne Original, a very pleasant cider from Luxembourg. From there it was to the Grand Central for lunch where 'Five Guys' provided me with a delicious but pricey bacon dog with jalapeños and hot sauce, plus a large cajun fries. It filled me up and so I made my way to Bournville Station, arriving at 2.15. I found the ground which was lovely before going to the Cadbury World shop. There I purchased a dairy milk with crunchie pieces that I'd not seen in the shops for ages. I got back to the ground with 20 minutes to spare, getting a spot near the halfway line. 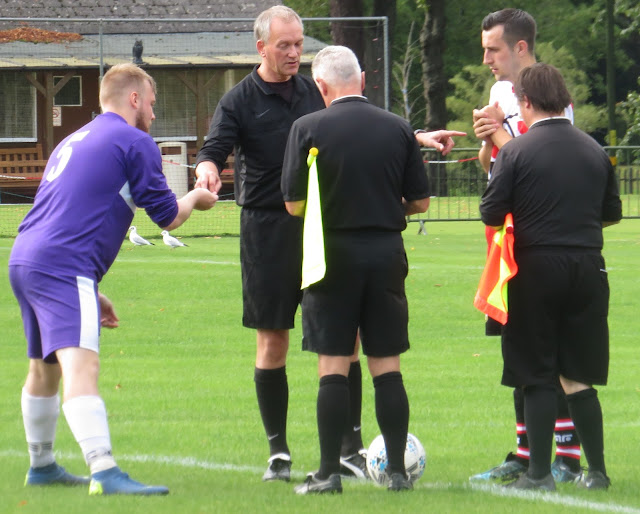 Cadbury Athletic had not enjoyed the best start to the season. They'd suffered heavy defeats to Worcester City (1-9) and Sporting Club Inkberrow (1-8) as well as reverses against Redditch United (1-2) and today's opponents Fairfield Villa (0-1) Their sole win had come at Bartley Reds, where they'd won 5-3. Fairfield Villa were faring better with a win over Uttoxeter Town as well as tthe aforementioned Cadbury victory. They'd lost to Sporting Club Inkberrow (3-5), Batley Reds (0-2) and Coton Green (2-3). Cadbury Athletic started on the front foot and were ahead within five minutes. A low cross was put across the area and the ball was rifled home from 15 yards by Che O’Connor. The lead was doubled after 19 minutes through a close-range finish from Joe Busst though I didn't have the best view as I was up the other end. The scoring was completed on 51 minutes, a smart move saw the ball pulled back and Aaron Atkins volleyed smartly home from 15 yards. The victory was well deserved, Fairfield offered little and both teams just saw the game out, bar the occasional half chance. 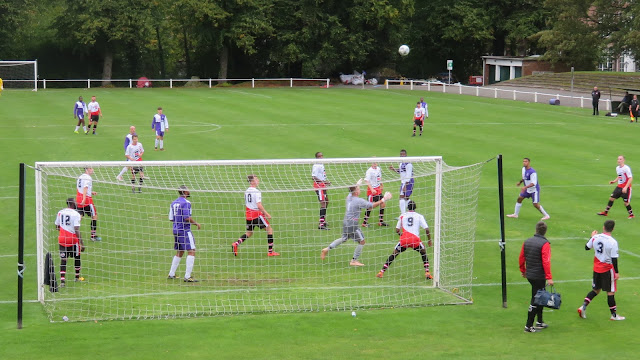 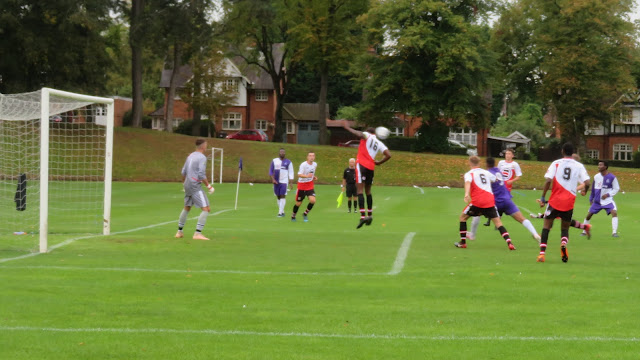 It was good to meet Flora Martyr and her hubby amongst the 30 or so that were there and they were good company. I quickly made my way to the station and only had a few minutes to wait for my train. Back in Birmingham, I headed for a shop to get an Irn Bru energy drink, just in case I felt sleepy. As it was, I needn’t have worried. Of course, my favourite Birmingham pub, the Post Office Vaults was involved. And I had a couple of pints of the good stuff from Worcester brewery Barbourne, namely 1066 and Worcestershire Cider. But I was still compis mentis and I was at Moor Street with 20 minutes to spare. My only regret was that I hadn’t bought the bottle of Kriek beer home that I’d seen on the bar. I passed the journey by starting to read 'The Card' - a book by a Chester fan about their travels last season. I was back in Wycombe at 8.15 and after popping into the local offy for a drink, I started the 4-mile walk home. It was fine at first, a bit of drizzle, but nothing major. But about five minutes after I passed the last taxi rank, the heavens opened. I had half an hour walking through torrential rain and got completely drenched. I was in before 9.30 and watched the Wycombe goals and most of Match Of The Day before falling asleep. 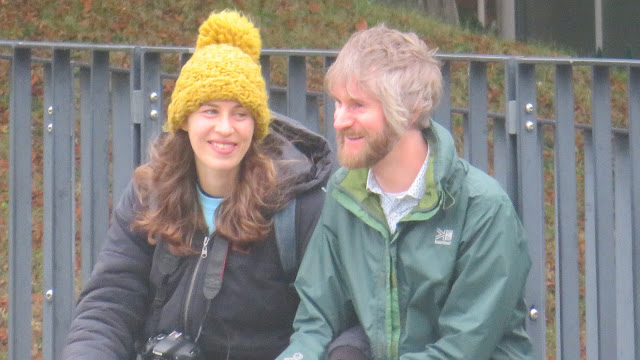 THE BOURNVILLE RECREATION GROUND is an immaculately kept venue, the main feature of which is the beautiful pavilion, dating back to 1902. This is the only bit that has cover, but you do get an elevated view. There’s extensive terracing on two sides and although one side is closed off, the ground must hold around 1500. There’s a small tea room in the pavilion which offers hot and cold drinks in exchange for a donation to the club. Food wise, if you like chocolate, then you are well catered for at the nearby Cadbury World with free entry to the cafe and shop. I didn’t see much nearby, but with reasonable fares from Birmingham, it’s well worth making a day of it on the train. 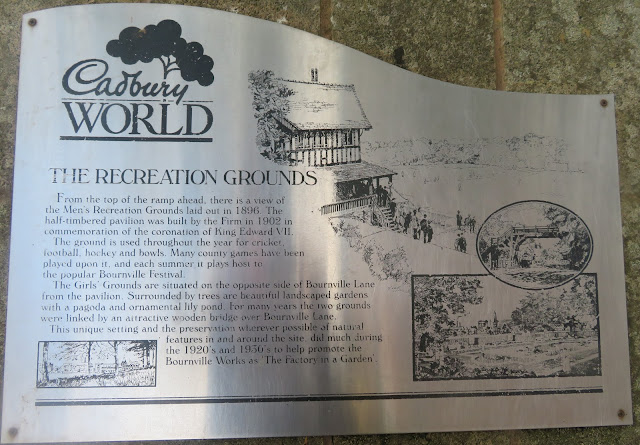 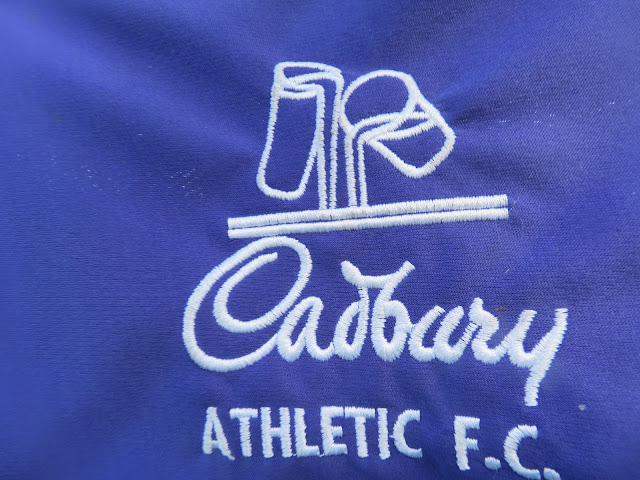 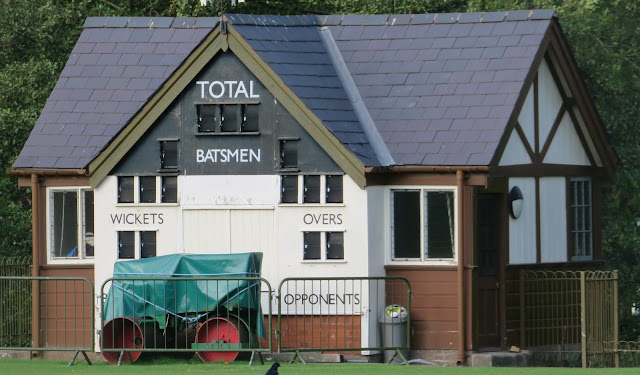 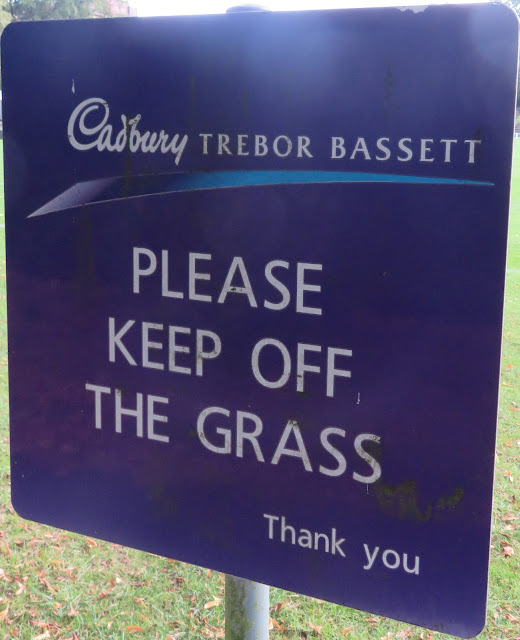 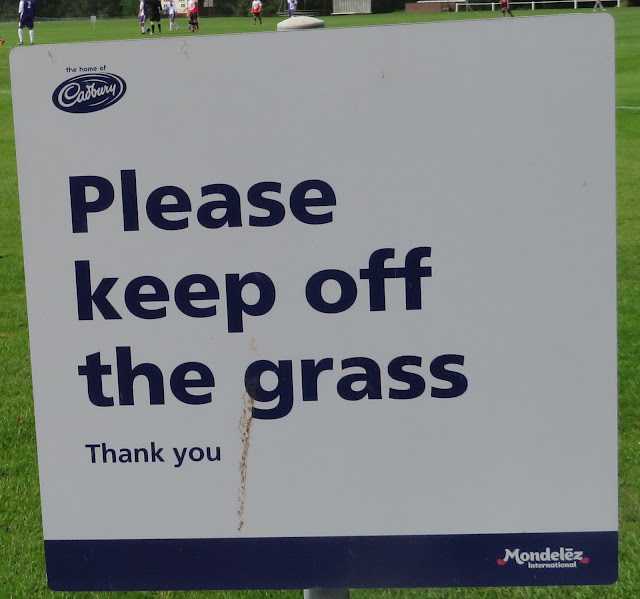 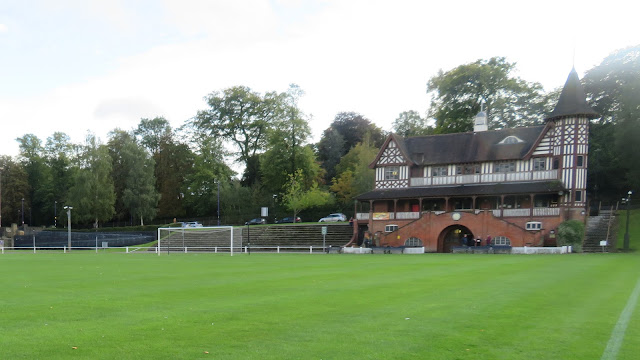 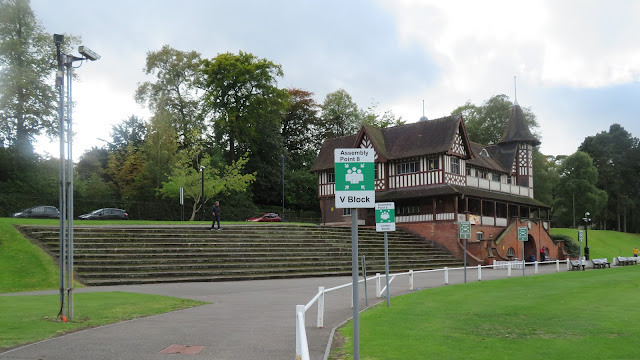 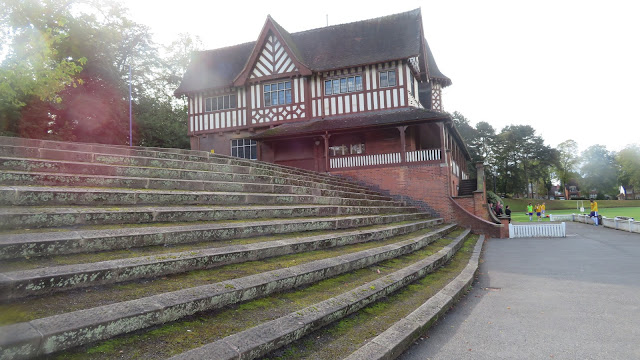 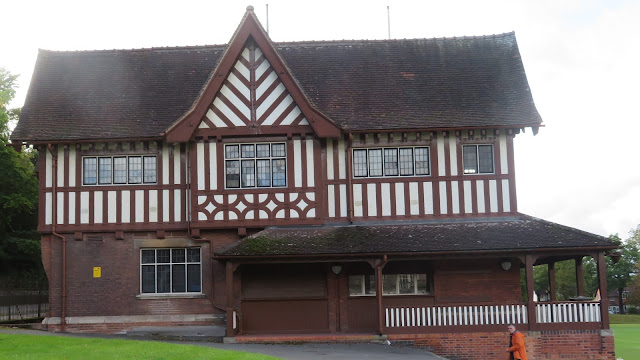 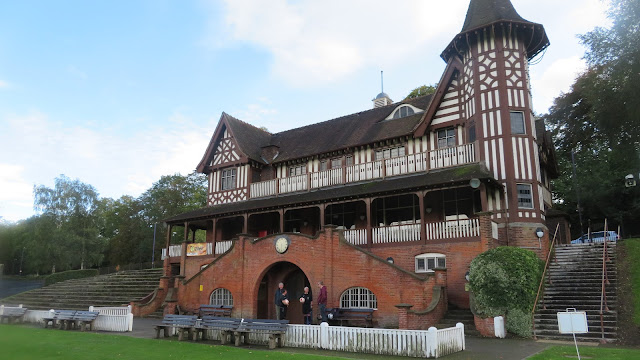 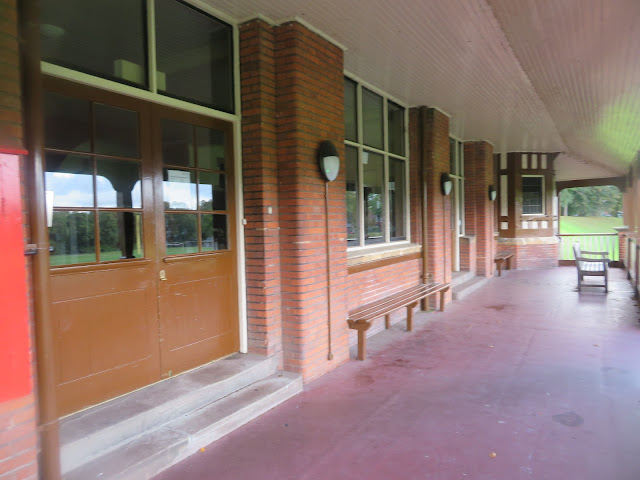 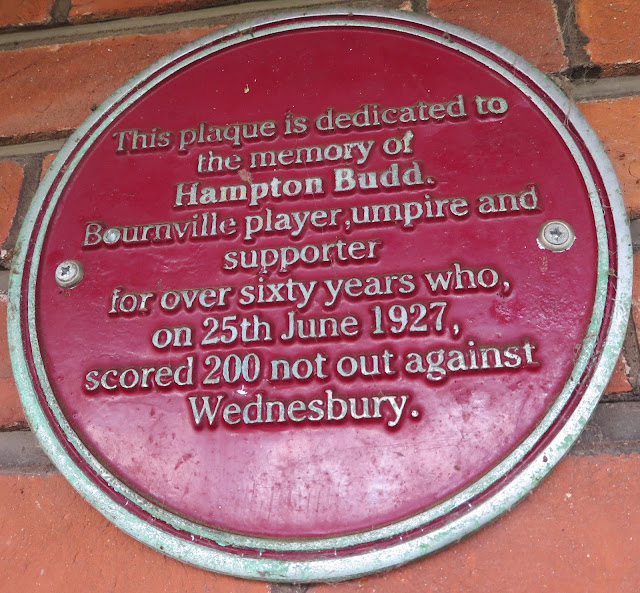 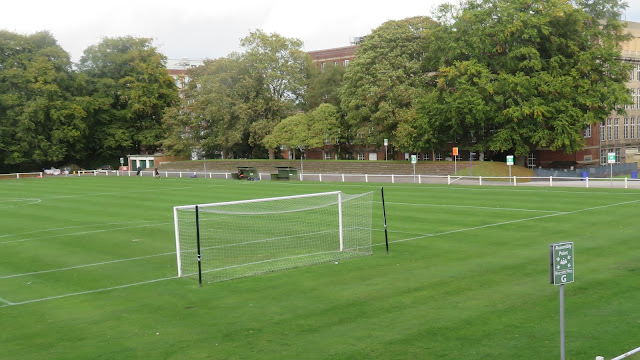 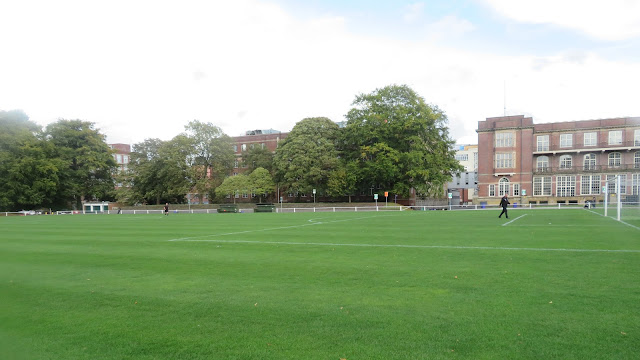 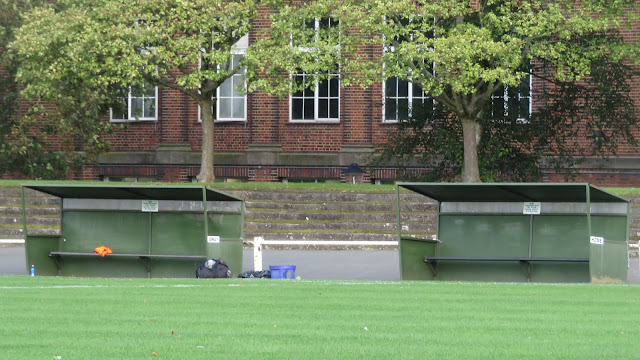 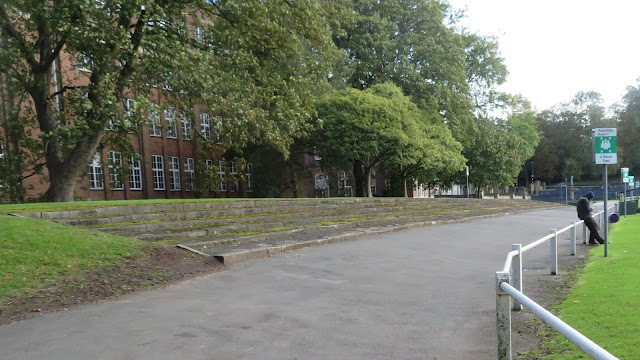 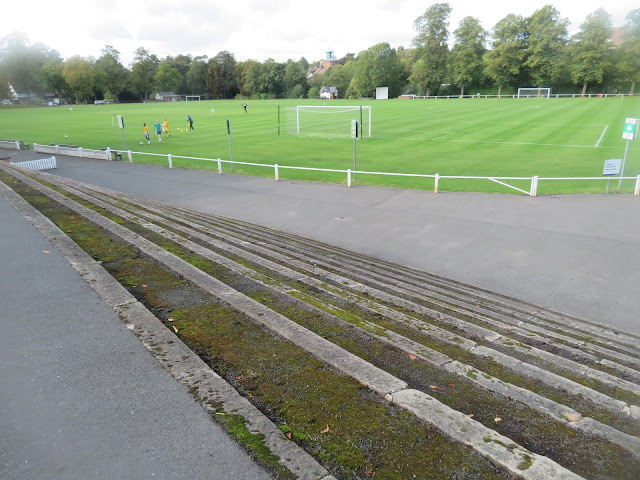 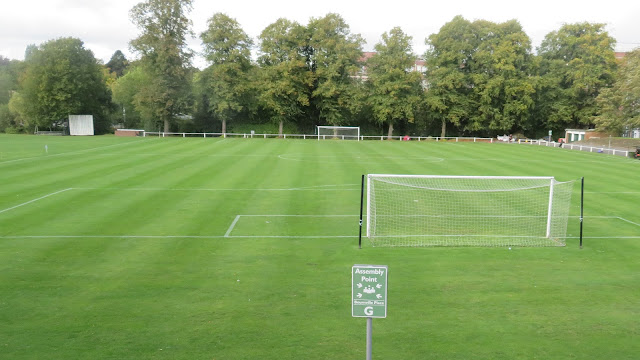 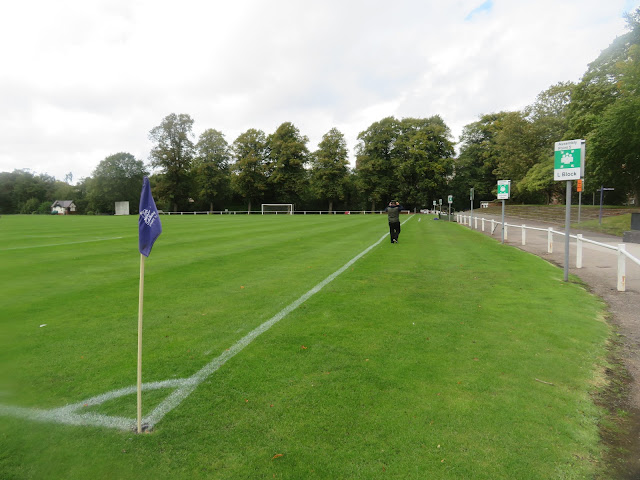 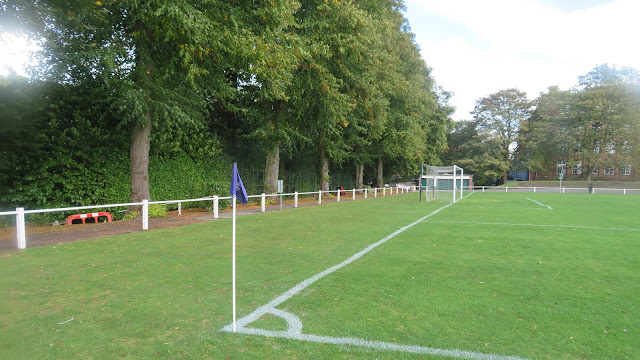 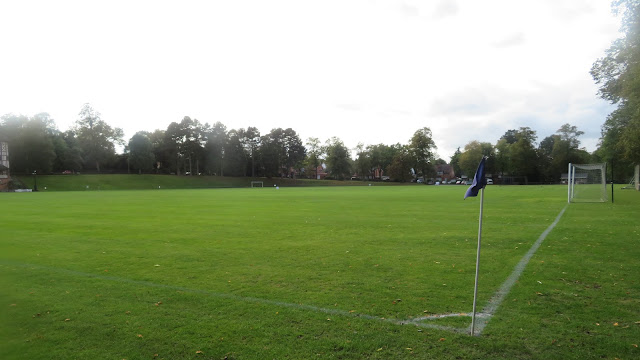