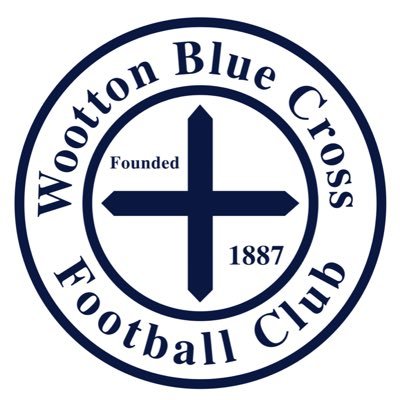 Ground owners Wooton Blue Cross were formed in 1887, the reason for their name being that they were established by the former manager and players of the disbanded Hitchin Blue Cross. They started out in the Bedford & District League before joining the South Midlands League in 1946. They were champions in 1948 before joining the United Counties League in 1956. They'd remain here until 2013 with finishes ranging from a high of runners-up in the Premier Division in 1981 to a low of 18th in Division 1 in their final season. They then dropped down to the Bedfordshire County League Premier Division and aside from 2015/16 where I can find no record of them, they've stayed there ever since. They are currently enjoying their best season here, sitting 3rd at the time of kick off. Notable cup runs include reaching the FA Cup 2nd Qualifying Round three times and the FA Vase 4th Round in 2003 when they lost 3-0 at Whitley Bay. Local cup wins include a Bedfordshire Junior Cup and two Bedfordshire Senior Cups. Famous former players include former Premiership player Callum Davenport who played for the club between 2010 and 2012.

Marston Shelton Rovers was established in 1888 and started out in the Bedfordshire County League. They were league champions for four seasons between 1935 and 1939 and like their landlords, would make the step up to the South Midlands League after the Second World War. Their best finish of 8th in the Premier Division was achieved on three occasions whilst their low of 16th in Division 1 saw them relegated back to the Bedford & District League in 1973. This became the present day Bedfordshire County League and Marston Shelton Rovers have resided in the Premier Division since 2012. They finished 5th in their debut season and although they suffered a low of 13th last season, they sit in 7th prior to tonight's contest and with a good chance of gaining a best-ever finish at the end of the season. Marston Shelton Rovers played in the FA Cup in the 1950-51 season, beating Bedford Corinthians before losing to Hitchin Town in the Preliminary Round. They entered the FA Vase for the first time this season, losing 2-1 to Hillingdon Borough in the 1st Qualifying Round. Their most recent cup honour is the Britannia Cup in 2017 whilst they've also lifted the Aubrey Tingey Memorial Cup (1977), the Bedfordshire Intermediate Cup (twice) and the Bedfordshire Junior Cup (twice) 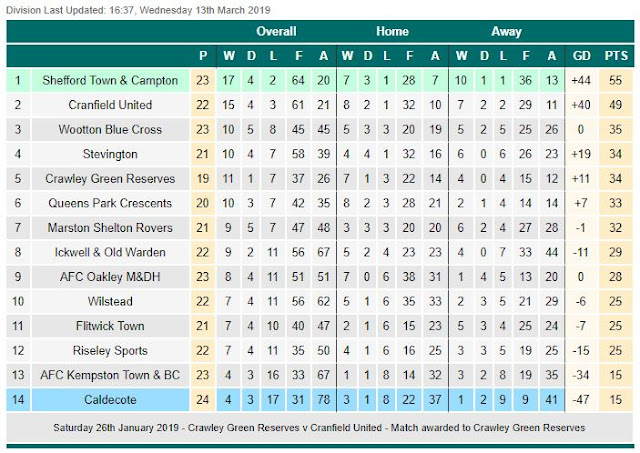 Initially, I thought I was going to have another blank Friday on this day but had taken out a subscription to the Football Traveller for the rest of the season as I was finding that the choice of games for midweek was dwindling. This paid immediate dividends when it threw up a game in the Bedfordshire County League on Friday night. It was a real bonus that it was close and also at a ground I had been meaning to visit for ages, namely Wooton Blue Cross' Weston Park which despite being fairly local, had eluded me so far. The match was in doubt the day before due to an issue with the away side, but they were very helpful on Twitter in confirming that everything was OK. That meant, weather permitting, I would be seeing a game. I tried to get fellow hopper Anwar on board and although initially keen, couldn't make it. My day at work was a pretty busy one and so I finished an hour later than usual. The afternoon was spent catching up on things, including researching tonight's game which I left as late as possible in case the game was called off. After a dinner of Lamb Rogan Josh, I left home at 5.50. The drive was as expected, quite a bit of traffic, but even so, I was parked up in a side road near the ground at 7.20. I then went in and got some pictures of the ground. With entry being free, I bought a pint of Aspall from the bar for £3.60 to help out the club. 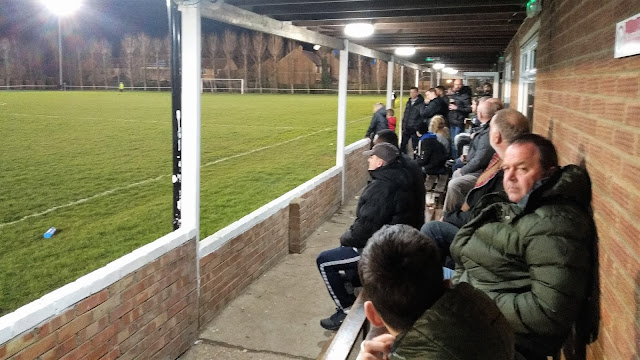 Hosts Marston Shelton Rovers were sitting in 7th and were in great form, their only defeat in the last 12 games coming in a 4-1 defeat at Cranfield United on 20th February. Visitors Queens Park Crescents were a name I recognised from the Bedfordshire League Hop earlier this season and they were a place above their hosts.  They were an Asian-based club and from what I head, did a very nice selection of food on the day. Though now a basic ground, they play on the site of the former home od Bedford Town in Cardington. Their form was a bit hit and miss, but they'd won their last game 4-0 at AFC Oakley. They'd won the reverse game on their own patch back in October, goals coming from Ayez Hussain, Shahinur Rahman and Fabio Sattar with Nick Skolsky grabbing Marston's consolation. The opening period of this game was not great and the few chances that were created resulted in wayward finishing. Marston Shelton Rovers opened the scoring on 23 minutes when Perry Connolly caught the visiting keeper out of position and finished in the bottom right-hand corner from just outside the area. Queens Park Crescents fought back and they hit the bar on the half-hour mark although referee Ross Cole had already blown for a foul. It had been a dull first half, but the second period was an improvement. A deflected goal by Nick Skolsky doubled the lead a few minutes in. The best goal of the game came just after the hour mark as Peter Kerr's drive found the bottom right-hand corner. The visitors had their number 16 sent off for saying 'Fuck's sake, what's going on ref' which seemed a tad harsh as I've seen a lot worse without even a talking to given. At least Queens Park Crescents got a goal back five minutes from time when a player got away on the break and slotted in the bottom right-hand corner from just inside the area. They had been very poor though and their misery was compounded when they had a second player sent off for a challenge that looked heavy but with no malice. This resulted in fans from each side having a row, the final whistle blowing soon after. I got away quickly, stopping at both the Chalfont Craft Beer shop and Tesco on the way home. I got in at 10.30, listening to the Two Mikes while typing my blog before going to bed at 1 am. 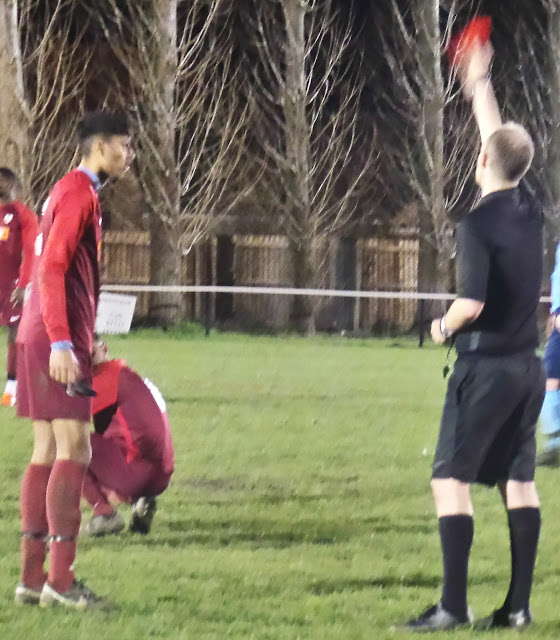 WESTON PARK is a good venue for step 7 and would be OK for a couple of levels higher. There's just the one covered stand, though this is large with space for 250 covered, most of which are seats. The rest of the ground is open, though there are a smart pair of dugouts on the far side. There's a bar at the ground, this includes real ale from the Eagle Brewery, but there was limited choice for other drinks. There was no hot food when I went, but there was a chippy outside, plus further facilities in the village. 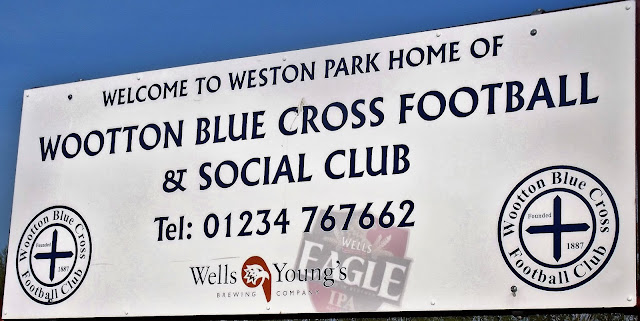 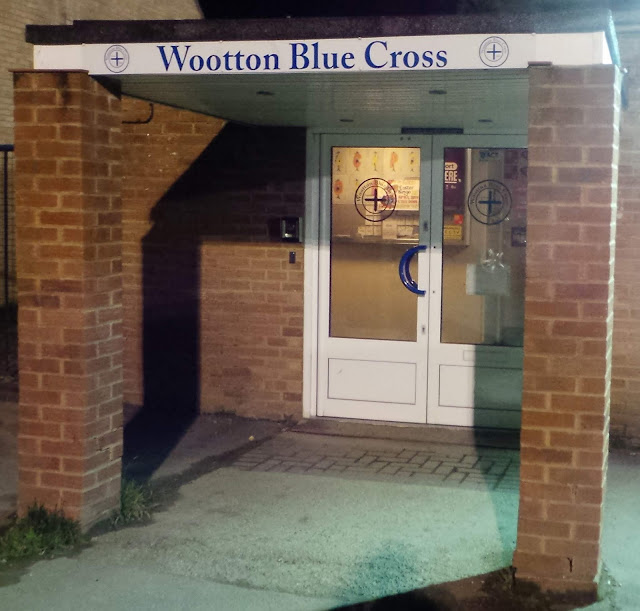 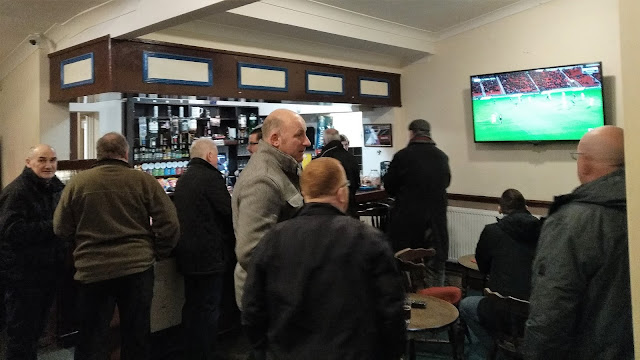 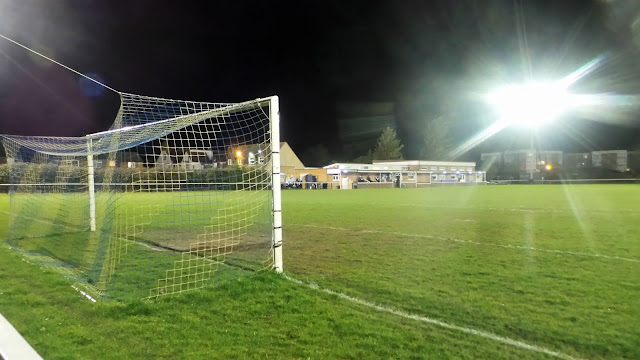 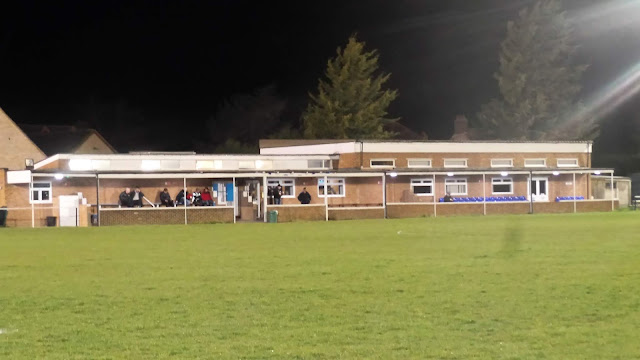 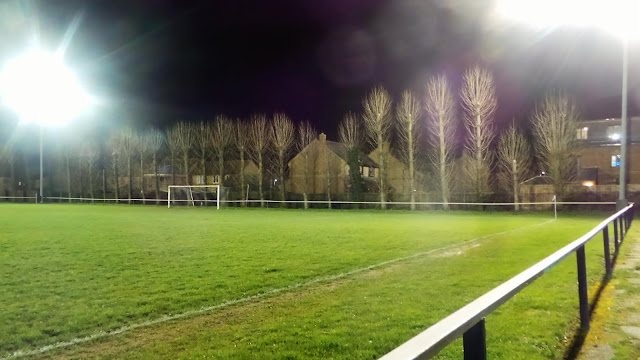 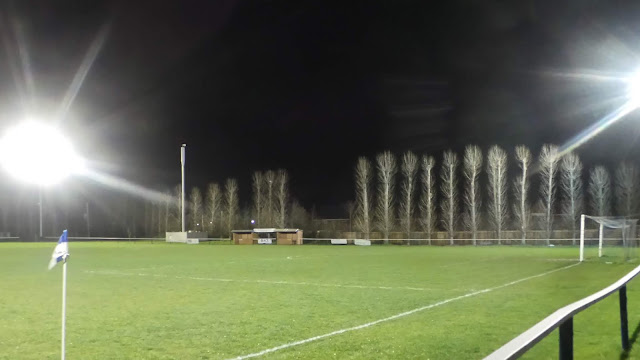 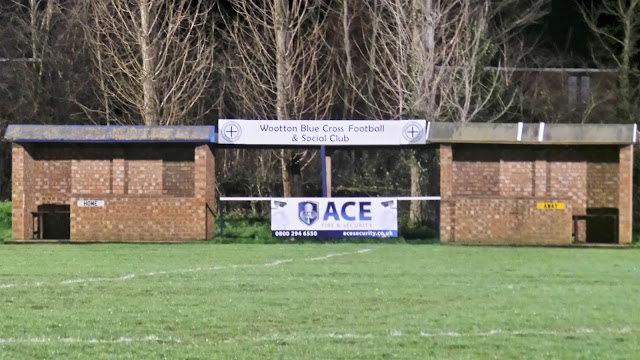 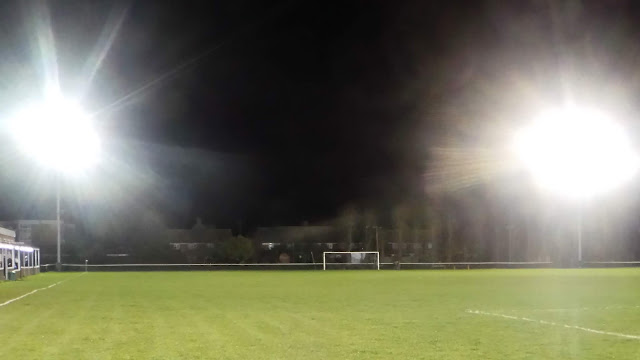