SOME FACTS ABOUT SK PERPINGEN-HALLE

The club was formed as a merger between FC Perpingen and SK Halle at the start of this season. They appear to have taken over Perpingen's position in the Belgian League structure, but are using the former stadium of SK Halle. The original Perpingen club was established in 1972

Perpingen played in local leagues up until 2005 when they joined the second tier of the provincial league (the sixth tier of Belgian football) They were champions in 2011 and then had two third placed finishes in the top amateur tier.

In 2012, they made the step up to the fourth tier of Belgian Football. After a third place finish last season, they were placed in a newly established fourth tier this season, with restructuring meaning this was now a national competition.

In 2012, the club reached the 5th Round of the Belgian Cup, their best progress to date.

Former club KSV Halle were playing in the fourth tier at the time of the merger and have a history going back to 1907.

I woke around 9 am on the day of the game, after a late night the previous evening. I'd previously been planning on going to see RSV Jette in the Belgian Provincial League but upon checking various sources, the information seemed to vary on who was playing who. Official websites were not that helpful, with many out of date, the same could be said of Twitter, that was if clubs had one in the first place. My Groundhopper app came in useful once more and after checking which place was easiest to get to, I plumped for FC Perpingen-Halle who were playing Rupel Boom FC in the first tier of amateur football, which was the fourth tier in the Belgian league system. Getting there appeared to be simple enough, with just the one 'IC' train needed and it also looked like it would be a hassle free trip to my evening game at KV Mechelen. I confirmed the game on the Rupel Boom website and also on another fixture website, so I was fairly confident that I'd not have a wasted journey. After leaving my room, I got to the station around 11.40. With the train only taking half an hour to get there and being fairly regular, I had some time to kill. My plan was to head to the Delirium Cafe, 20 minutes walk away. However, with me being peckish, I decided to go for some lunch at a restaurant, having steak, chips and cherry beer for €10. It was pretty decent, while not being exceptional, it was decent for the price. It also took a while to come, despite there only being one other table occupied, it took half an hour, so I was glad I'd allowed plenty of time. 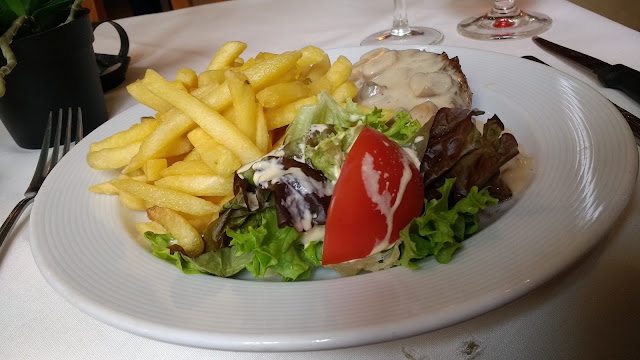 I then made my way to the station, buying a ticket to Halle for a very reasonable €3.70. My train was delayed by 13 minutes, so I didn't get on the train until 1.40. It was a grotty old train and pretty slow at first before absolutely booting it. I was a bit concerned that I had the wrong train, what with the timings and was relieved when I got to Halle. It was a 20-minute walk through the small but pleasant town and I was happy when I got to the ground around 2.25. After securing my ticket, I went in the clubhouse for a couple of glasses of Kriek Boon and it was a nice place to spend pre-match. Around 10 minutes before kick off I went in, having earlier paid €10 for the privilege. I noted the atmosphere was a lot more relaxed than the previous two games I had been to with no intensive searches and fans mingling happily together. 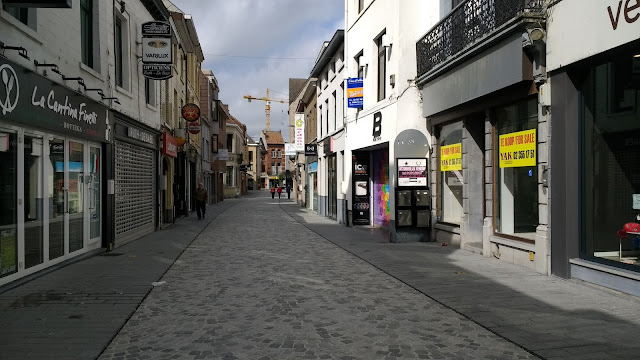 This was to be the newly-merged club's first ever home game after they had drawn 0-0 at Olsa Brakel last Sunday. Rupel Boom had bought a good support and were a lot more vocal than the home fans. They were delighted when on 4 minutes their team was ahead thanks to a shot into the bottom right-hand corner of the net from the edge of the area. On 37 minutes, Boom were further ahead, with another shot from the edge of the area which the home keeper parried, but was unable to keep out the rebound. It was richly deserved for the visitors who had bossed the first half and they started the second period well too. However, the hosts got back into it and I witnessed history as the newly-merged Pepingen-Halle score their first ever league goal. It came on 54 minutes as their number 11 half-volleyed the ball into the bottom left-hand corner of the goal from the edge of the area. For a while, they had a good spell and looked like they could go on to equalize but a quick fire double killed any chance of that. Firstly on 75 minutes, Boom were awarded a free kick just outside the area. The taker stepped up and blasted the ball into the bottom left-hand corner with the home keeper getting gloves on it, but not enough to stop it going over the line. Less than two minutes after, the result as sealed as the visitors made it 4-1, this time a cross was put in and finished off from inside the six-yard box. 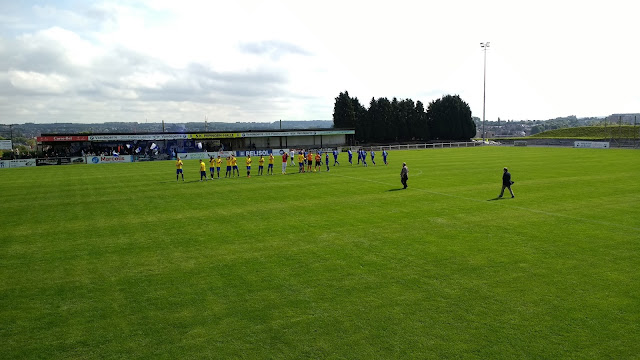 LAMME GUICHE is a smart and tidy venue, but it also has plenty of character. There are two areas of cover - an elevated seated stand with enough space for around 700 fans, plus covered terracing opposite for around 500. There are also further pieces of uncovered terracing which makes the official capacity of 2000 seem a bit less than it can physically hold.

There are two clubhouses at the ground. The one outside the ground is great and good value with Kriek Boon at €2 a glass. There's plenty of club stuff on the walls and it also shows live football. There's a smaller clubhouse inside the ground too, this doubles as a tea bar and is a little more pricey and cramped. I didn't see any merchandise on sale and food was limited to snacks. 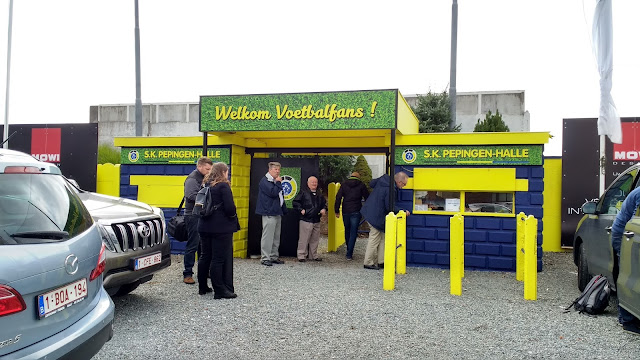 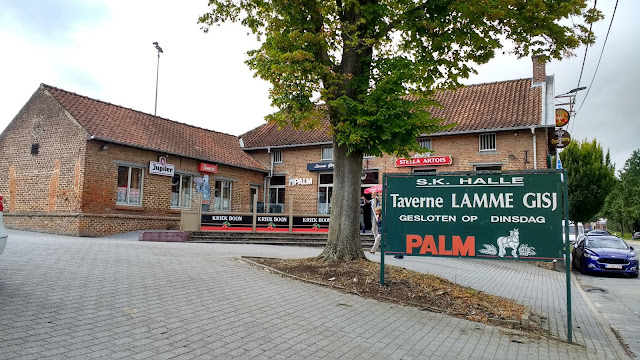 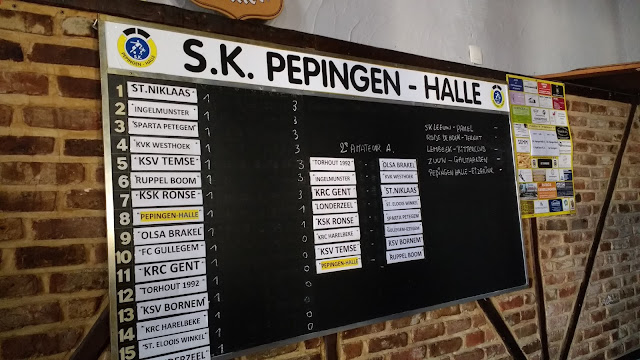 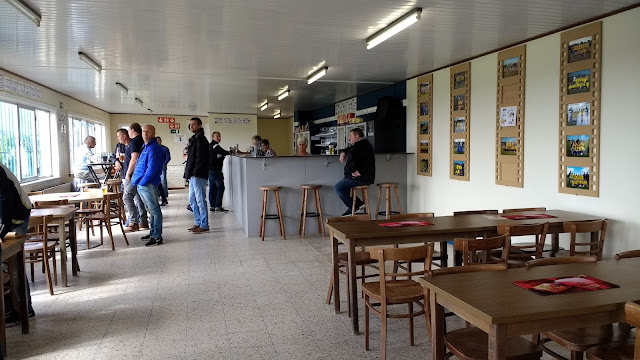 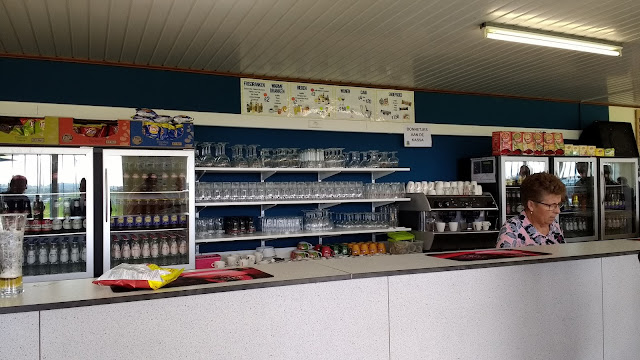 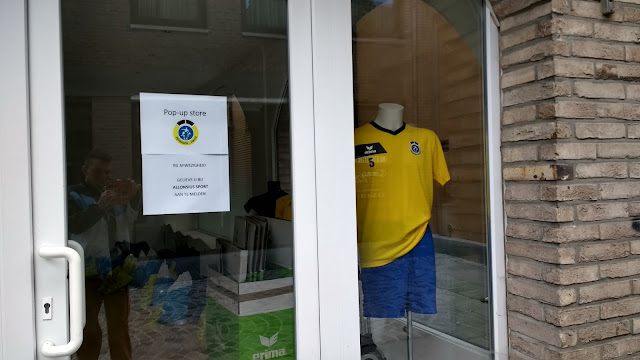 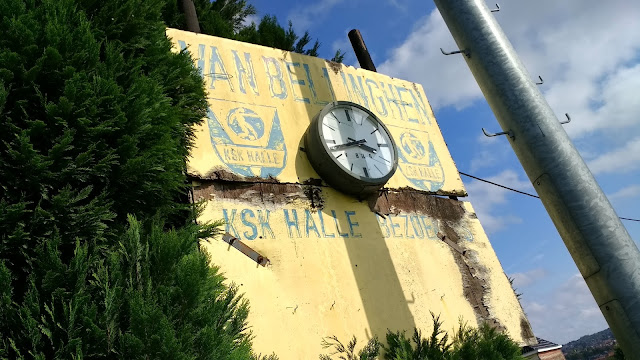 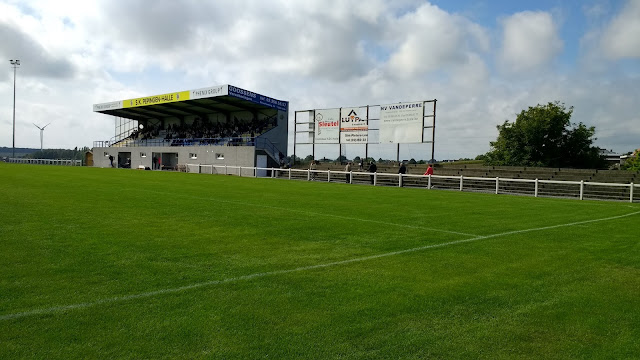 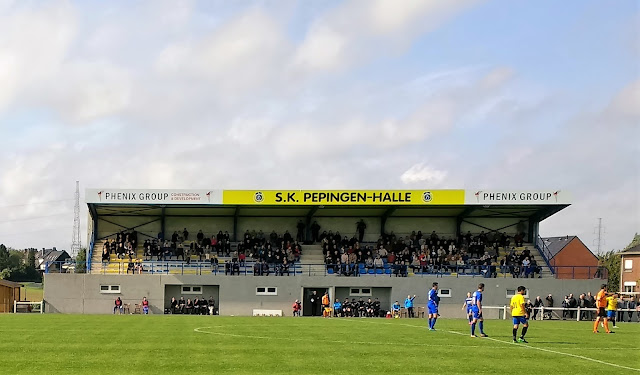 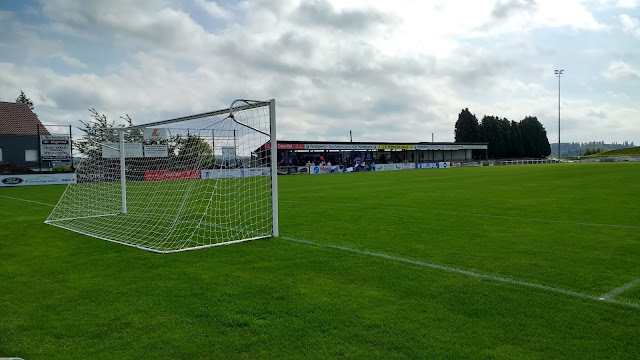 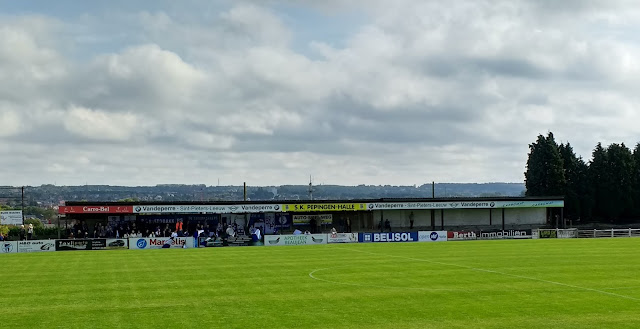 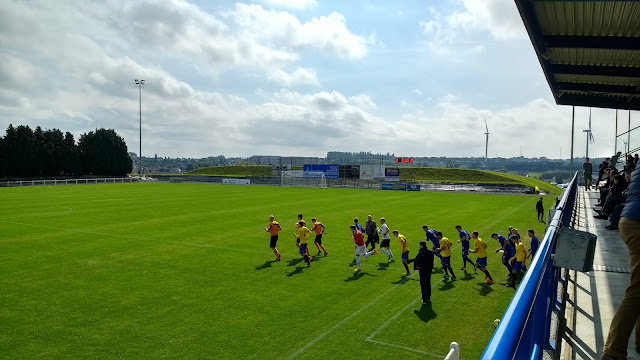 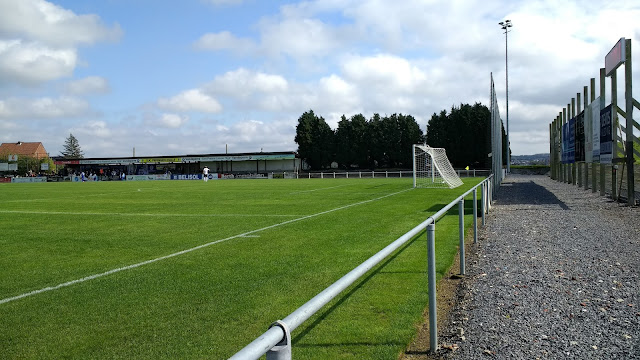 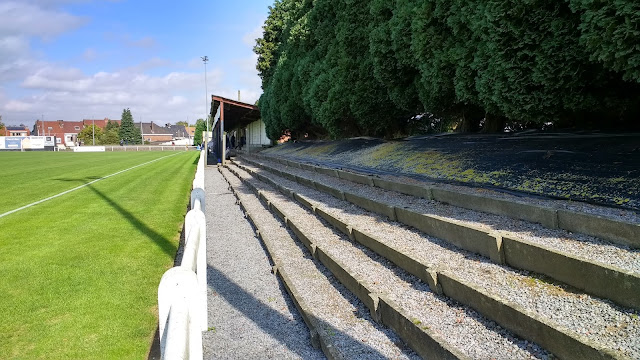 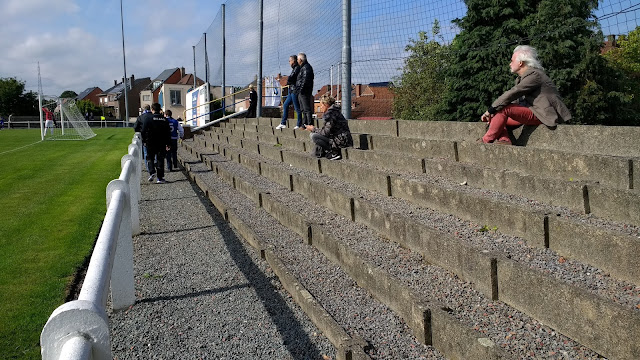