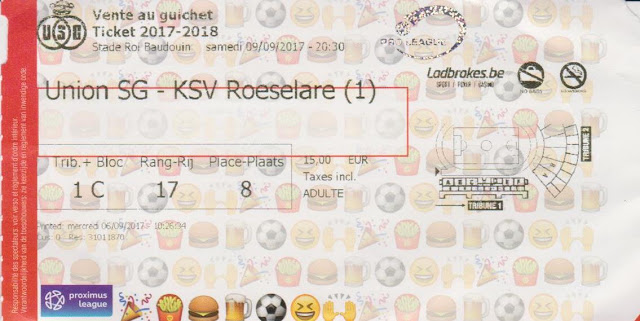 
SOME FACTS ABOUT RU SAINT GILLOISE

Their normal home is the 5.500 capacity Joseph Marien Stadion although they are playing at the national stadium while their ground is being refurbished.

Between 1933 and 1935, the club went an incredible 60 matches unbeaten, eventually being defeated by Daring Club Bruxelles.

The club was hugely successful prior to the second world war, winning the top tier title 11 times and the second tier on 8 occasions.

The Belgian Cup was also won twice in 1913 and 1914 as well as the Du Nord International Challenge Cup three times.

I woke up at 9 am on the day of the game, after a reasonable night's sleep, I was going decide on the day about going to Torhout, the sole 3 pm kick off. In the end, given the forecast rain, the fact that the return ticket would cost €32 and me being unsure about the Belgian public transport, I decided against it. I relaxed in my room for a while, having some crisps and grapes for breakfast. After a shower, I left at 10.15 and went out in the vague hope of finding a well-priced travel plug for my laptop, as well as some headphones and other bits. Lidl seemed a reasonable place to try, so I set my maps app for there and put my portable battery pack on charge before leaving. Lidl was my first stop, hoping for some earphones and a travel adaptor. I drew a blank on both counts, but I did at least get some nice snacks including an excellent hot dog for a Euro. From there I looked for an electronics store. Google Maps threw up a place called Media Markt. It was by no means cheap for my travel adaptor - £8.49, though it wasn't stupidly expensive either. One nice deal that I got was some Sony earphones for £6, about the same as I'd pay on eBay and at least I'll now be able to listen to my podcasts on the way home. Later on, after getting my feet wet thanks to the puddles and rain, I went into Primark and got some new shoes and socks. 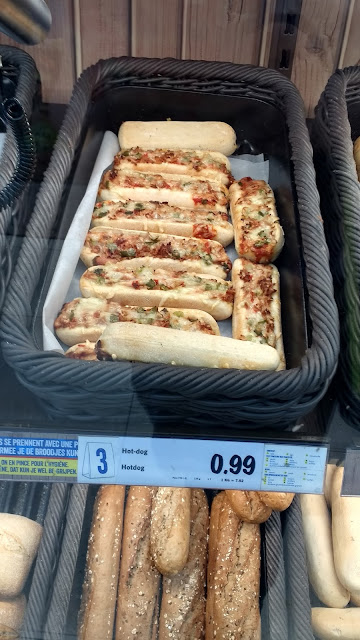 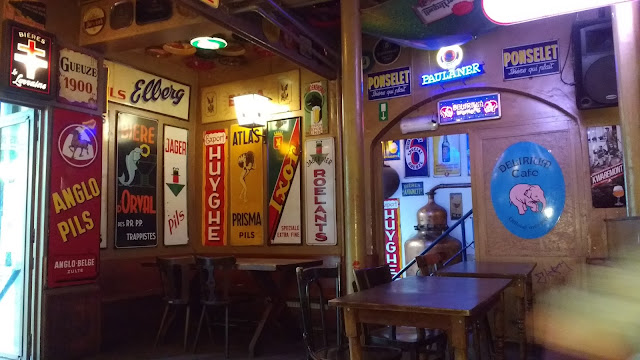 In between the shopping, I went to a brilliant bar called the Delirium Cafe. I'd been here last time I'd gone to Brussels and had been very impressed by the range of 2000 beers. I wasn't even a connoisseur then, drinking whatever was available. Now I'm into trying as many new beers and ciders as possible and at the last count, they had 3,142 on offer. The menu comes in the form of a thick magazine and so, of course, I bought a copy. Thanks to small bottles and draught measures I was able to sample some Kriek beers and I had Silly Rouge (my favorite), Floris Kriek and Delirium Red. I had a big bottle (750ml) of a vintage beer, Triest Kriek and this was decent too. By now, thanks to overuse, my phone was dead.  I got a taxi back to my room, though it cost me nothing as I had a free ride on Uber. Another reason to go back was to listen to the Newport v Wycombe updates, though it was a dull 0-0 draw. It was thanks to tha or possibly all that beer earlier that I conked out on the bed. It would have been a bit of a catastrophe if I'd slept too long and missed my chance to see a game. Luckily, I woke up around 7, though it was cutting it fine. I had two choices - Royal White Star Brussels v Royal Stade Waremmien and RU Saint-Gilloise v KSV Roeselare. With the latter being at the national stadium, being half an hour later and being an easy trip on the metro, I decided to plump for that. It was a simple matter of catching the number 6 and getting off at the stadium station. I got there just before 8 and was reassured to see fans heading to the stadium. It wasn't hugely busy for what I believe to be the Belgium second tier, but nonetheless, I was on my way. Getting in was easy enough, if a little long winded as you had to queue up to buy youir ticket, then go through the final before getting searched by a steward. Neither process was especially quick, but I made it in in time to see the teams coming out. Berfore kick off there was a minutes silence and I was glad to see a game at the national stadium, even if it was only one tier along the side that was open. 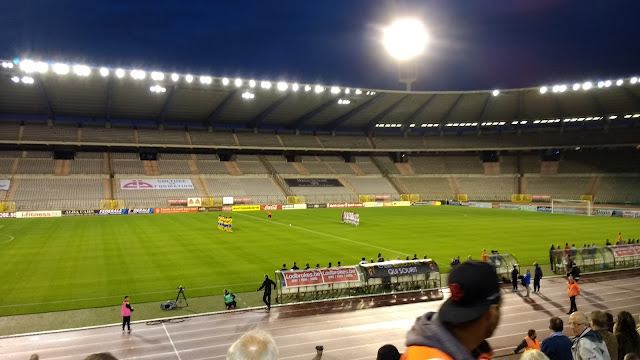 From start to finish, the hosts were in full control, though it did take them a while to get fully going. Martens opened the scoring on the half hour when he rocketed a shot into the top corner. It was 2-0 eight minutes later when a curling cross was put into the box and KSV defender Lemoine deflected the ball into his own net. Half time came and I got a pennant for 10 Euros, a bit pricey, but nice to have a souvenir of my visit. I also moved higher up for a better view. The small band of visiting supporters had been taunted in the first half by home fans with taunts of 'Your support is fu*king shit' (in English) and the home support was very good throughout the night, with a whole repetoire of songs. It was tipping down for a lot of the game and RU Saint-Gilloise continued their dominance into the second half. On 52 minutes they made it 3-0 with a header in off the bar by Perdichizzi. On 68 minutes it was 4-0, this time a cross was put into the box and Bertjens finished from close range.They were denied a penalty and then ten minutes from time they hit the post before the KSV keeper made a great save to prevent a fifth. 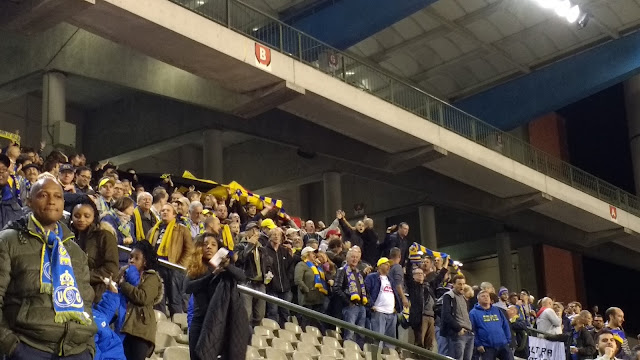 It had been a convincing win for the jubilant home fans and just like the Anderlecht supporters last night, they stayed long after the final whistle to show their appreciation. I wanted to get home and so I headed back to the Metro station. I was on the train around 10:30 and back near my hotel 10 minutes later. After stopping at a local shop to get a few cans for Match Of The Day which I was able to watch thanks to a VPN add on. Thanks to my earlier sleep, I was wide awake, even into the earlier hours. I took the opportunity to start writing this blog and also to carch up on my YouTube subscriptions before going to bed around 2 am. 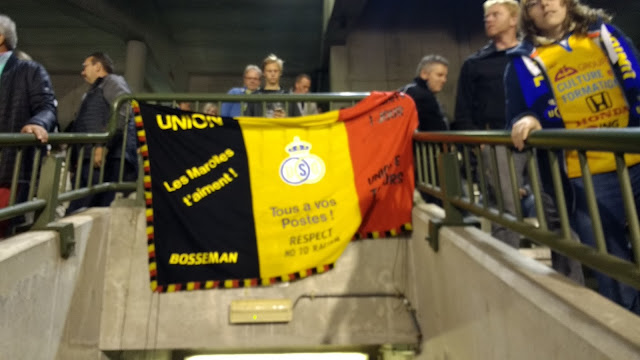 THE KING BADOUIN STADIUM has seen a complete refurbishment since the tragic days of Heysel where 39 Juventus fans sadly died. The stadium is all seater and seats are of the fixed type, rather than the tip up type that you get in the UK. They are fairly comfortable, although leg room is not great. There is a running track around the pitch, though despite this, the view is pretty decent. I didn't check out the bar or food facilities, but there was a club shop with a small range of quite expensive things. 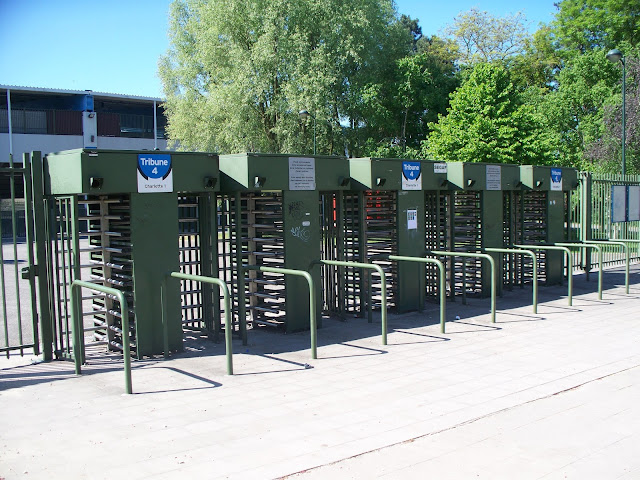 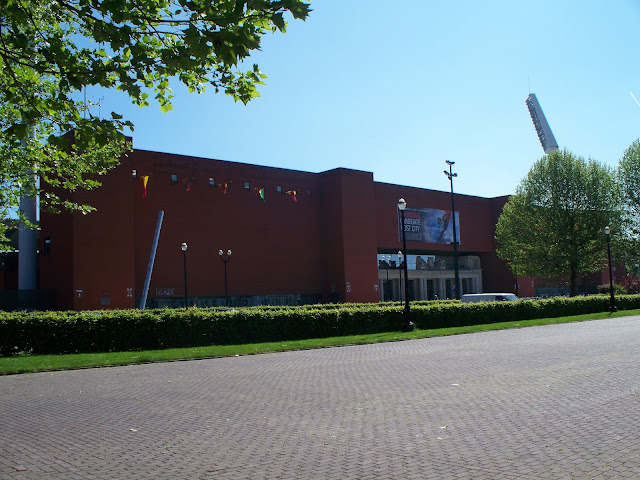 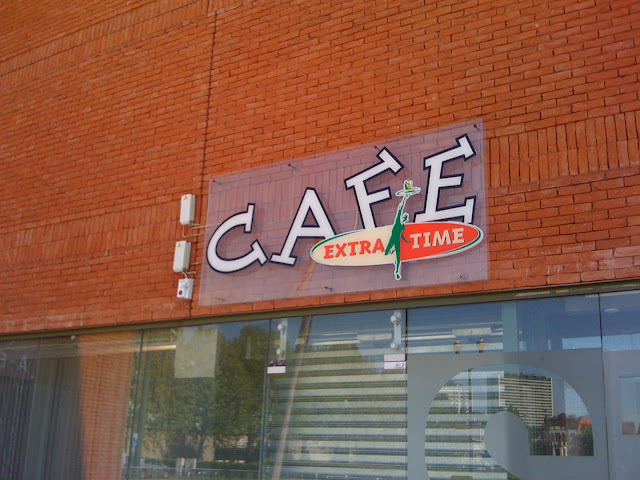 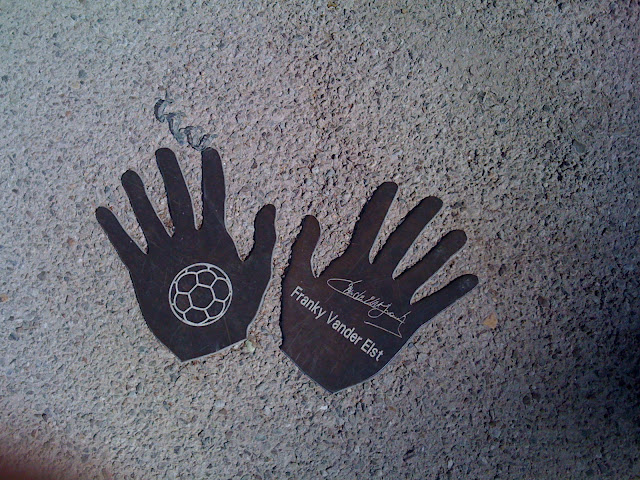 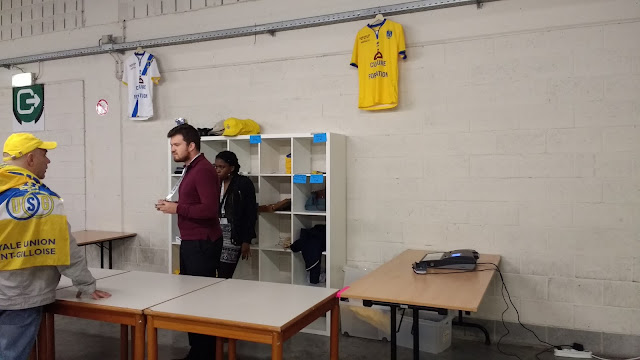 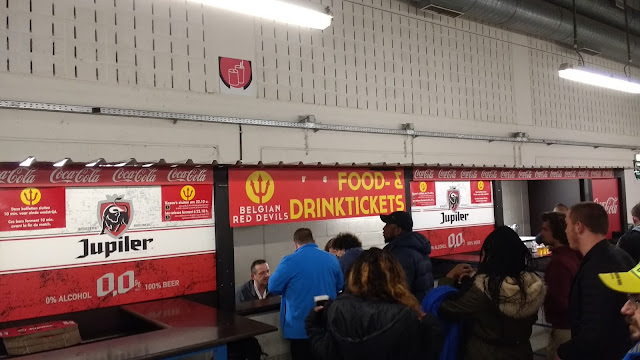 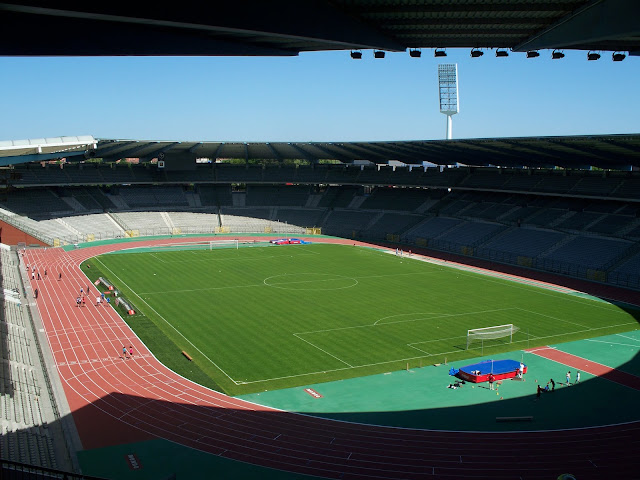 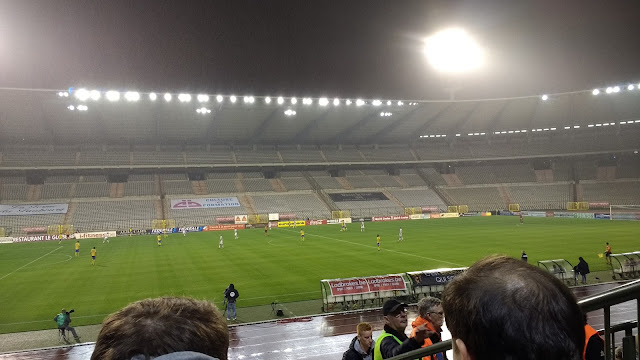 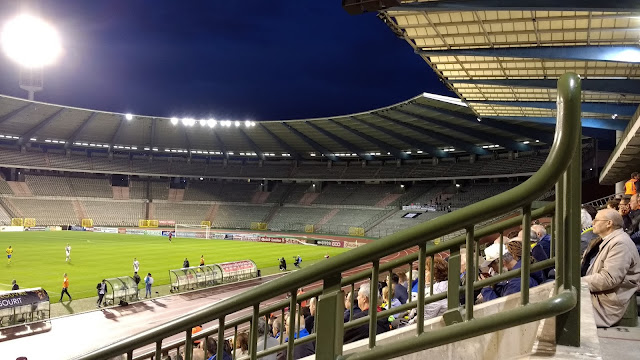 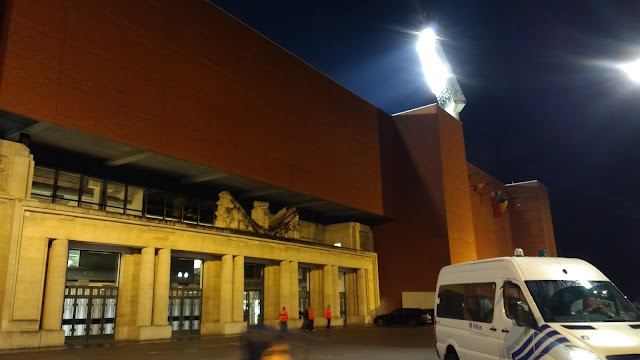