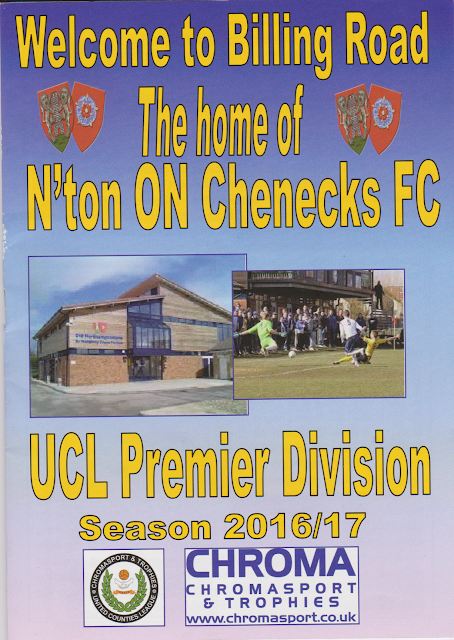 NORTHAMPTON ON CHENECKS - A BRIEF HISTORY

The club was founded in 1946, and was initially established so that students at the rugby-playing grammar school could play football. The club's name comes from the school houses that originally made up the football team. After switching to adult football, the club joined the United Counties League in 1969. They've always been in the league's bottom division, but not without success. The lack of floodlights (until a couple of seasons ago) and other facilities at the ground has stalled their progress, but they still have league titles to their name, won back in 1978 & 1980. They've never finished bottom of the table, though they only achieved this feat by a fine margin in 1996 as goal difference meant that Irchester United were the unlucky party. Last season saw their best finish since the late 1970's as they were runners-up.This entitled them to promotion to the United Counties Premier and they've had a mixed start to the season, sitting 18th out of a 22 team league at the time of the game - not so bad when you consider that they were yet to play a home game as cricket took precedence at their ground.

Due to lack of floodlights, it was not until this season that they entered the FA Cup and they went out at the first hurdle, losing on penalties to Harefield United after 2 games could not separate the sides. The FA Vase was entered for the first time last season - after beating Sun Sports 2-1, they lost out to Berkhamsted in the 2nd Qualifying Round by the same scoreline. This season, they have again progressed, this time by way of an impressive 4-1 win at Raunds Town and have a chance to progress further on Saturday when they host Leighton Town. Local cup honours include the Daventry Charity Cup in 1985 and the Northants Junior Cup on 3 occasions.

This visit was arranged on Sunday and once again I'd be going via Milton Keynes with fellow groundhopper Chris. He'd suggested this game, and I was happy to go along with it. Our main reason for choosing this game is the several good pubs that Northampton has to offer. Chris fancied the Malt Shovels, but I suggested the slightly nearer Olde England which I visited back in April and which had 12 ciders on tap at the time. Whichever we ended up going to, we would have plenty of time - we were leaving Milton Keynes at 4 and it was only a 30-minute journey. I'd have to be careful with me driving later on, but even with me dumping the car at the ground and then walking the 30 minutes to town, we'd still have lots of time to kill. 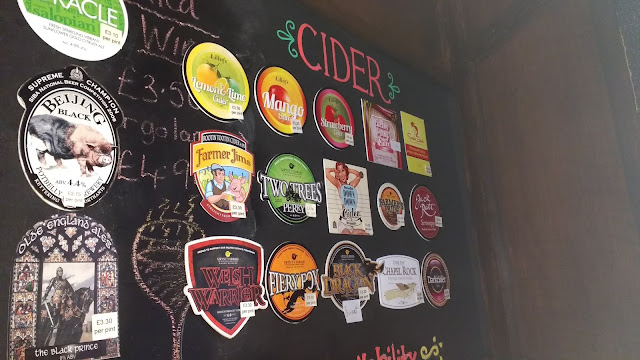 On the day of the game I went to work with only a few hours sleep, but I felt fine, even in the afternoon when I usually have a sleep. Despite my worst fears when a couple of staff failed to show up for work, it was still an easy day and I was out by 11.30. I had a bath, and had some lunch, before updating my blogs and catching up on various other things. I left at 2.50 and with the traffic being fairly reasonable I was in Milton Keynes, ready to meet Chris in plenty of time for 4pm. We had a decent journey over to Northampton and were at the ground by 4.40. From there it was a 25-minute walk to the Olde England pub,  which was as good as I remember it. Chris was impressed as they had 15 ciders on and a decent looking menu. For my first drink I had a pint of Cuckoo Penny which was a light 4% cider and ordered some Beef Jerk Sausages and chips. Sadly we couldn't agree on a game for Friday and Chris is busy on Saturday, so I'll be on my own and doing something local to keep costs down. My second drink was Darkcider, which strangely was a Canadian one and had the the taste of one from America. From there we made our way to the ground, getting there with plenty of time to spare until kick off. 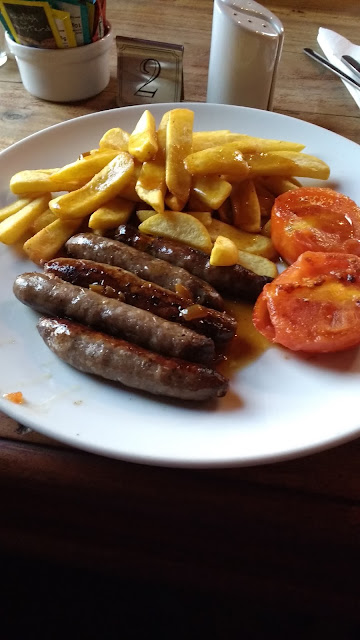 Entry was reasonably priced at £5 and there was also a programme for £1 which turned out to be a double issue with Saturday's game against Melton Town. I'd seen 8 goals the previous night at Tividale, and although I saw one less tonight, it was at least a lot more competitive. The hosts took the lead on 9 minutes as they capitalised on a defensive mix-up to take the lead. Wellingborough equalised with the best goal of the night on 21 minutes - a great shot flying into the top left-hand corner from outside the area. The half hour mark saw Chenecks retake the lead, this time as a free kick was deflected home. Though Wellingborough were looking most likely to score at this point it was the hosts that extended their lead on 40 minutes, with a goal on the break, slotted neatly past the keeper. Wellingborough pulled a goal back on 50 minutes, heading home from pretty much a yard out. It was 2 defensive errors that saw them equalise and take the lead and although Chenecks thought they had equalised 4 minutes from time, it was ruled out for offside. 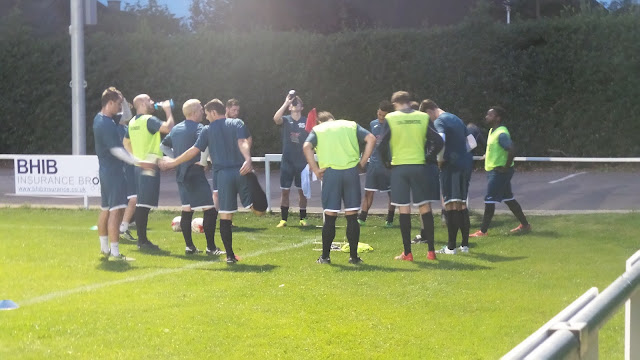 It had been a good game then, and in summary Wellingborough's cutting edge had triumphed over a hard-working Chenecks side who perhaps deserved a share of the spoils. We left at 9.40, with me dropping Chris home at 10.10. I got home myself just before 11. As I was tired I dropped off to sleep pretty much straight away - usually I'll stay up for a good hour after the game as I struggle to get to sleep. Even with a better nights sleep than usual, I was still tired the next morning and was glad when I got home and was able to catch up with a 5-hour sleep. At least it allowed me to listen to the East London Radio Grassroots football show, which might help me decide where my game on Saturday will be at, as I'm not sure at present. 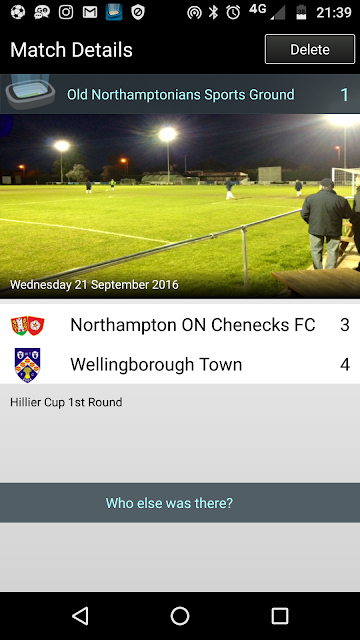 OLD NORTHAMPTONIANS SPORTS GROUND is part of a wider sports complex which also hosts rugby and cricket. There's not a huge amount around the ground, although town is around 30 minutes walk away and has several decent eating and drinking places. The ground itself has a bar which I didn't try and a tea hut. Though the range is quite limited the hot dog I had for £1.50 was decent enough value and quite tasty. The ground is mostly open, but there are 2 stands that you can sit or stand in, and these have around 400 capacity under cover. 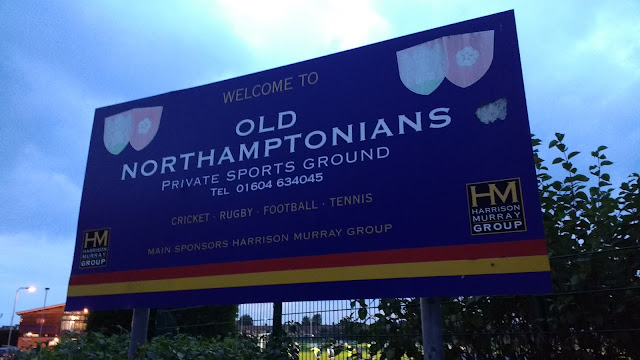 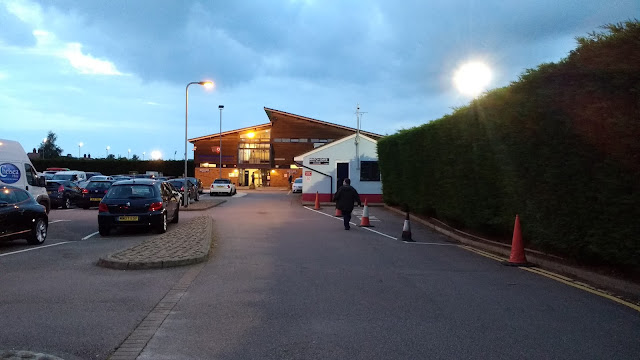 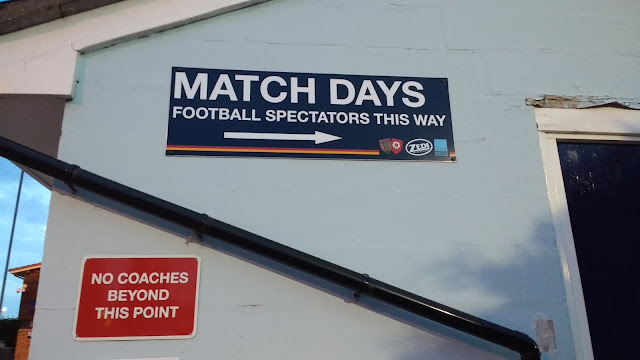 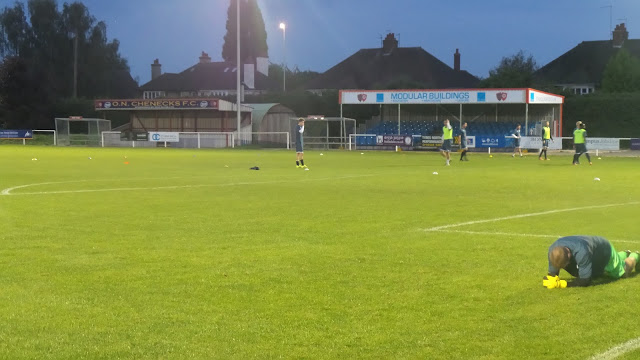 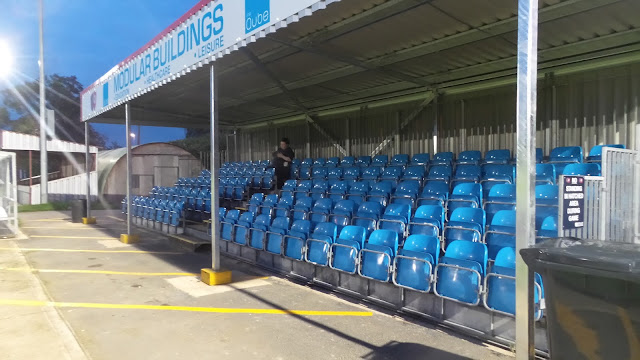 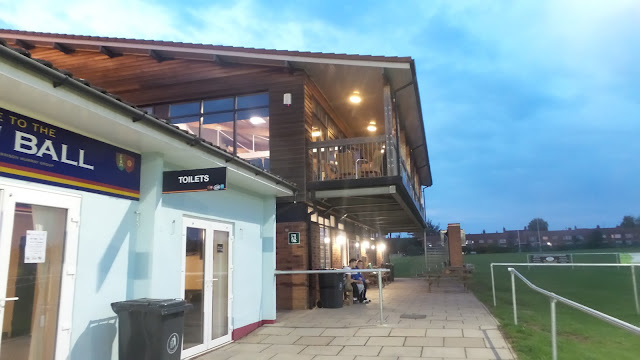 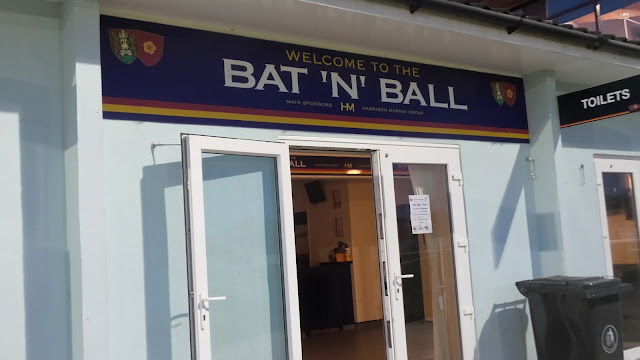 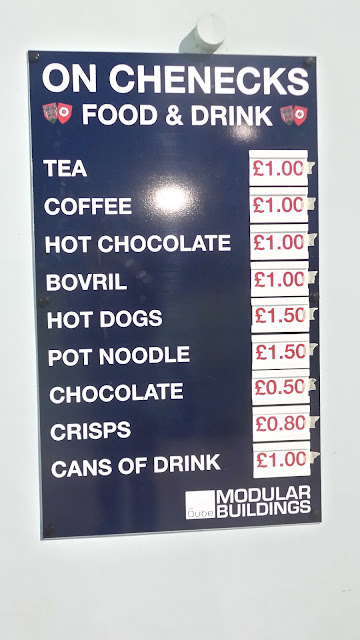 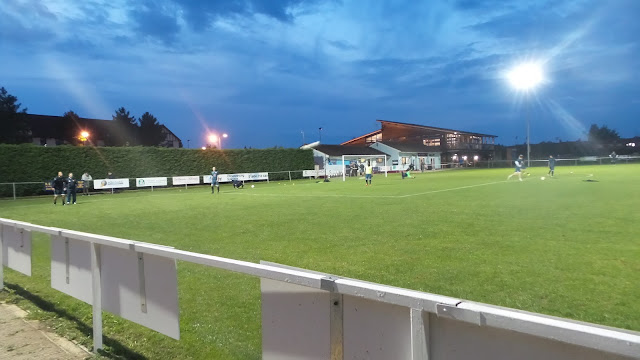 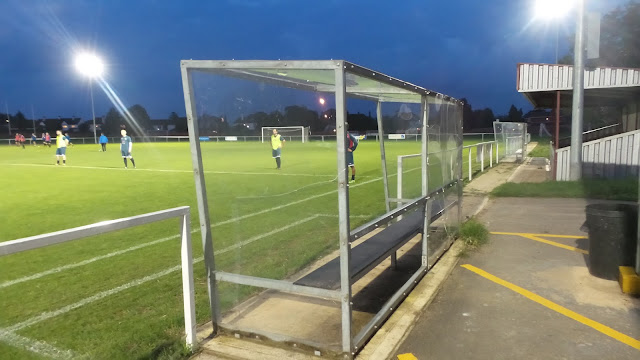 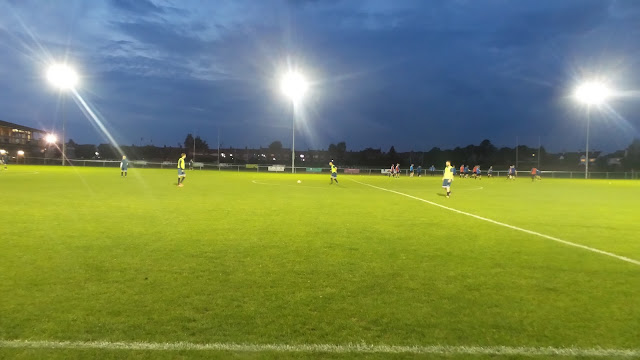