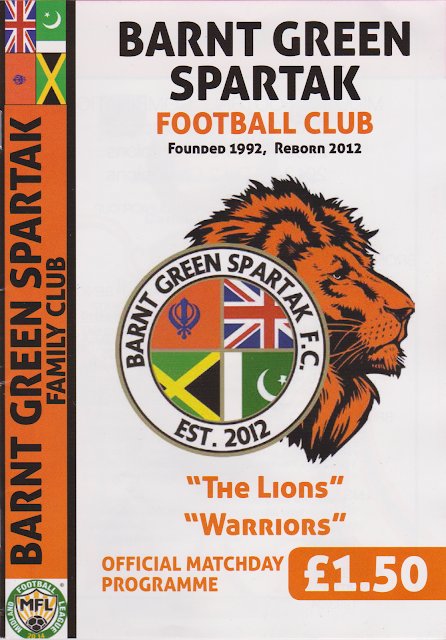 Little progress has been made in the FA Cup with them reaching the Preliminary Round in the 2007/08 by virtue of their league placing. They actually won that game, defeating Willenhall 3-2 but due to a discrepancy the tie was ordered to be replayed and they lost 3-1, so officially they have never won a game in the competition. The FA Vase has seen them fare a little better with the 2nd Round reached in their debut season of 2004/05. They beat Nettleham & Barrow Town that year, before a 4-0 home defeat to Studley, The club have enjoyed great success in local cups, especially during their formative years in the Bromsgrove League. Their most recent win came in 2006/07 when they listed the Worcester Senior Urn, defeating Alvechurch 2-1 in the final at Kidderminster.

Once again it was time for some Friday night football, only this time I;d be heading out without being entirely sure where I was heading. Initially I'd favoured Barnt Green Spartak v Cadbury Athletic in the FA Vase, but fellow hopper Chris was not overly keen on seeing a tenant as the home side (they share with Highgate United) and offered up Aberdare Town as an alternative. This was fine by me, but I pointed out that it would be exceptionally tight time wise, and that we'd need a near perfect run to make kick off, let alone have a pre-match. We came to a gentleman's agreement to see how the traffic looked on the day, and make a decision from there.

On the day of the game, it was my last day of work before my week off, and although I'd been really looking forward to this a couple of weeks ago, it had crept up on me and when I finished at 11.30 I wasn't really as excited as I should be. Perhaps it was because my week off was still very much up in the air, but I remedied that partially by confirming that I'd be doing Tunbridge Wells in the FA Vase tomorrow, and Wellington on my way back from Truro on Wednesday. I'd really fancied a cider or 2 to get me in the mood, but was holding off until at least we got to our game.  All that searching, planning and narrowing down from around 50 games took some time and along with having a bath, eating lunch and catching up on various other things, I didn't have too much time to spare before I left just before 3. 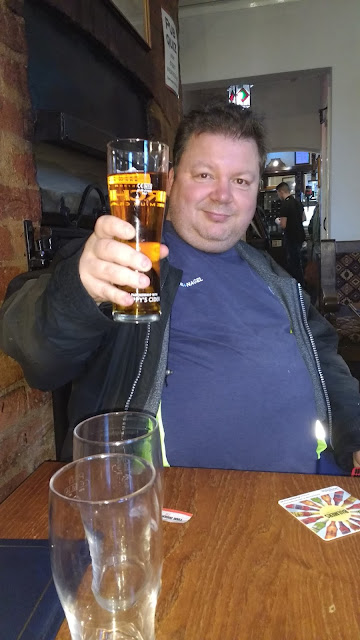 Getting to Milton Keynes just before 4, we met 5 minutes later and were on our way. We initially headed for Chris's choice of Aberdare   but it soon became apparent that making kick off would be very dicey indeed. So near Tewkesbury we changed tact and set the Sat Nav for Barnt Green Spartak, which left us with an hours relaxation time before kick off. A search on the internet whilst at a roundabout revealed that our best bet for pre-match would be the Bluebell Cider House, which was 3 miles from the ground. We got there at 6.30 and were glad that they did food, though  little disappointed at the cider selection given that it was billed as a cider house. We ordered an Ultimate Burger each and had halves of Happy Daze and Wizards Sleeve cider to wash it down. The burger was absolutely huge, and had chilli and cheese in it, and certainly filled me up. We left at 7.15 and headed for the ground. 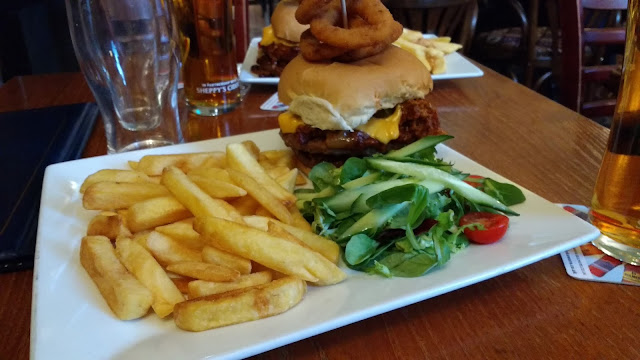 Arriving at 7.30, we went straight in, paying £4 entry and £1.50 for a basic programme. After getting some pictures of the ground, we took a place in the stand for the game. It was a dull first half,  visitors Cadbury Athletic well on top,  but not without really troubling the home keeper. Cadbury did make things count a few minutes into the second half. An absolutely fantastic strike from around 20 yards flew in the top left-hand corner. They continued to dominate,  hitting the bar from a good free kick and wasting a penalty on 70 minutes as the ball was blazed over the bar. Despite being under the cosh for long periods, Barnt Green Spartak did have a good 15 minutes and it was only a great save from the visiting keeper, plucking a shot right out of the bottom right-hand corner that kept things level. In the end, despite a brave effort from the hosts, Cadbury Athletic were worth the win and had the lions share of play. 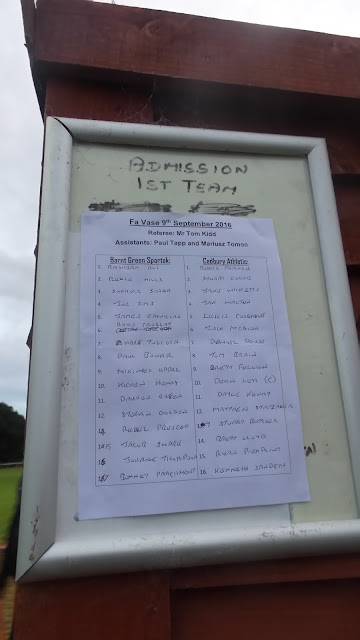 From there it was time to drive home. We made good progress with little delay and I dropped Chris off at 11. I got home myself 50 minutes later, catching up online and watching TV. I was dismayed that once again, despite a baking hot week, it was going to rain a lot on Saturday. It remains to be seen whether it will ruin my football plans, though after all the effort I went to picking a game out, I hope not. 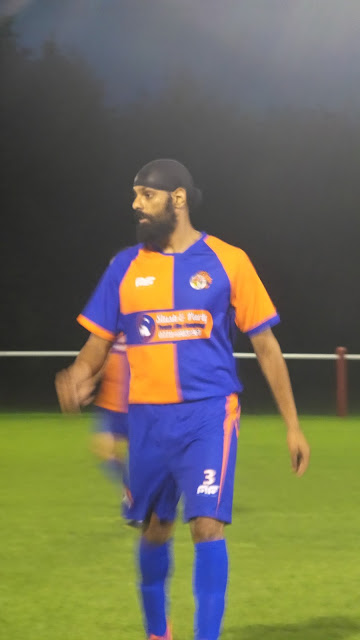 THE COPPICE is a decent non-league league ground, with a large stand that covers the entire length of the pitch. This is a mixture of sitting and standing with around 150 seats and 800 standing making it one of the largest at this level. The other 3 sides are flat standing and open. There was a tea bar and a large clubhouse outside, though I didn't use them on the night. 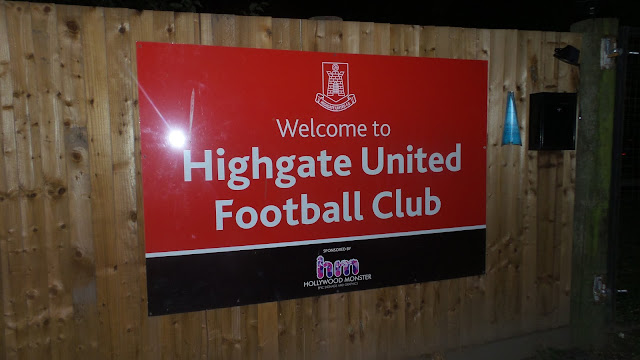 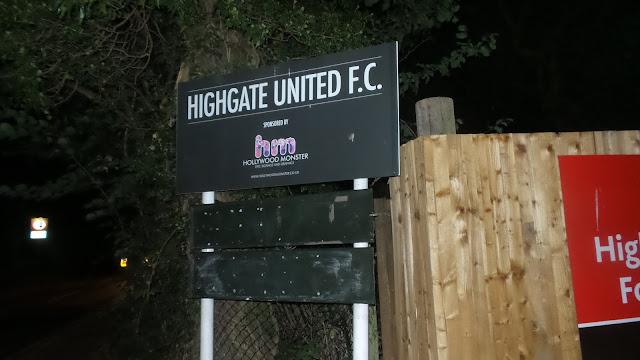 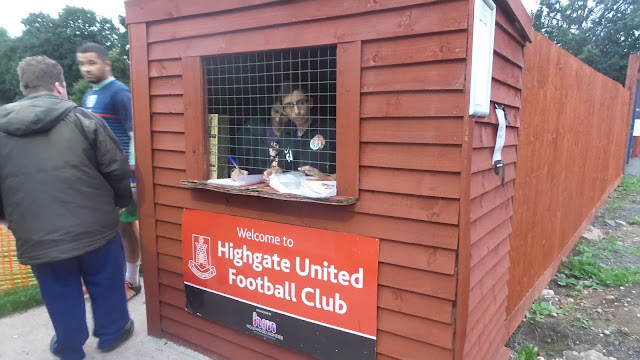 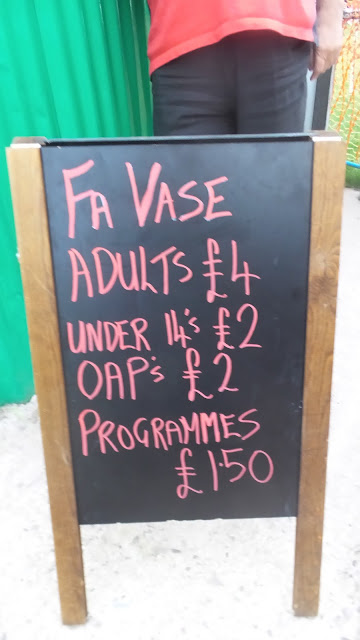 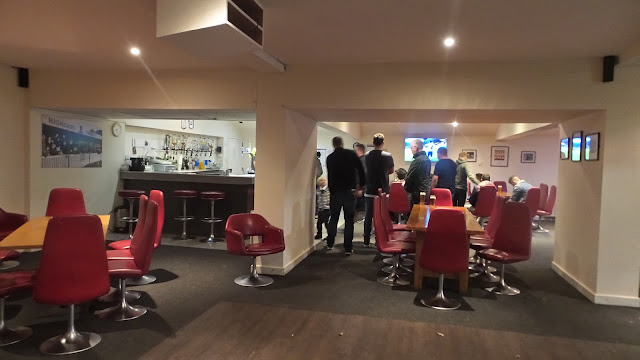 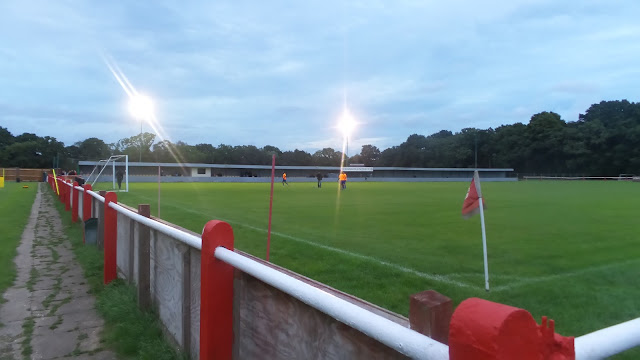 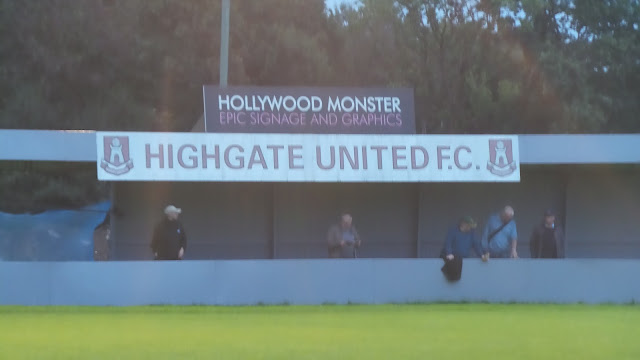 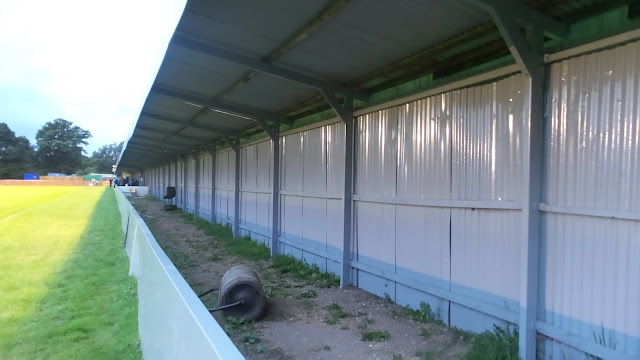 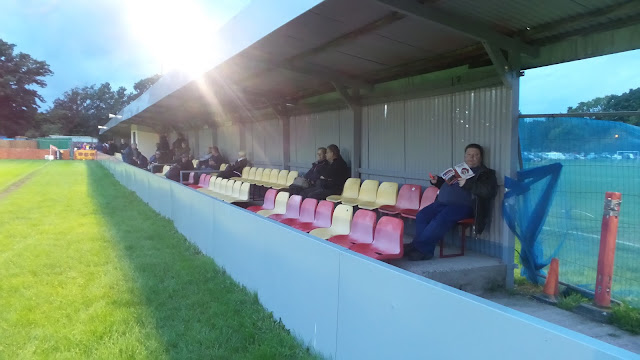 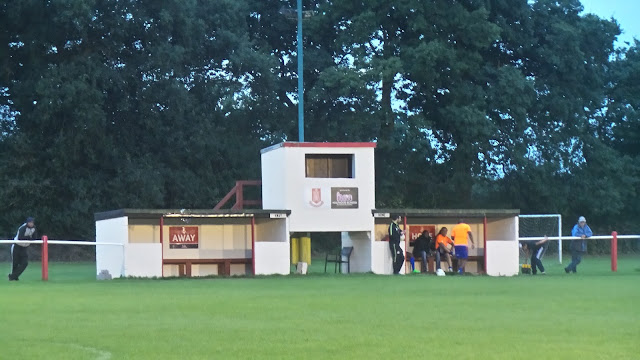 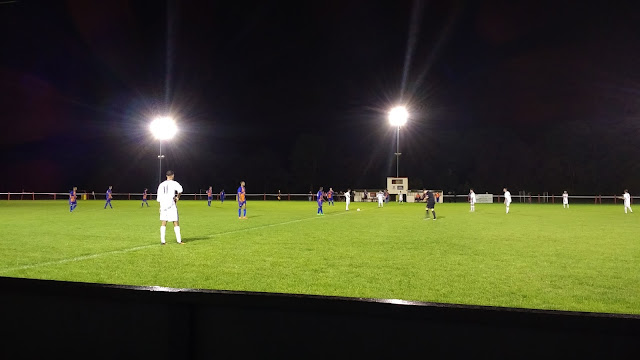 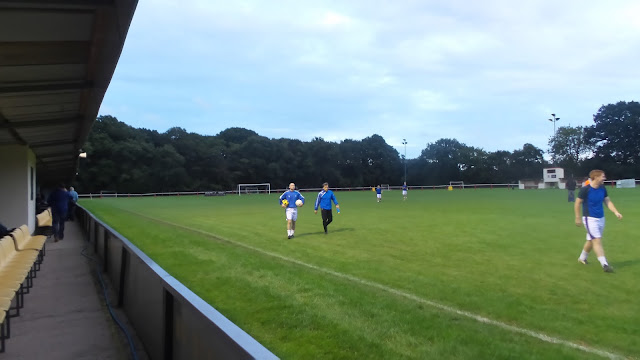 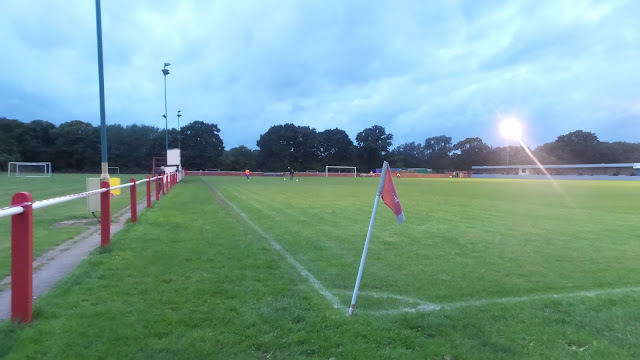 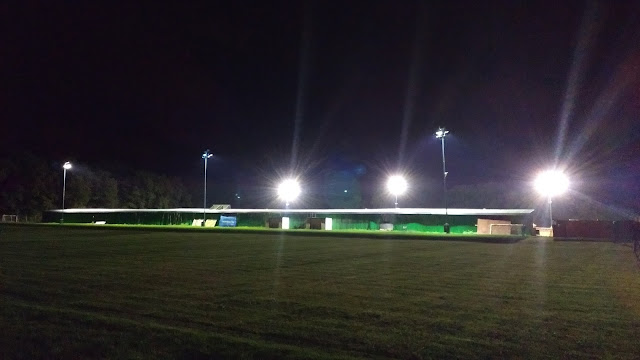