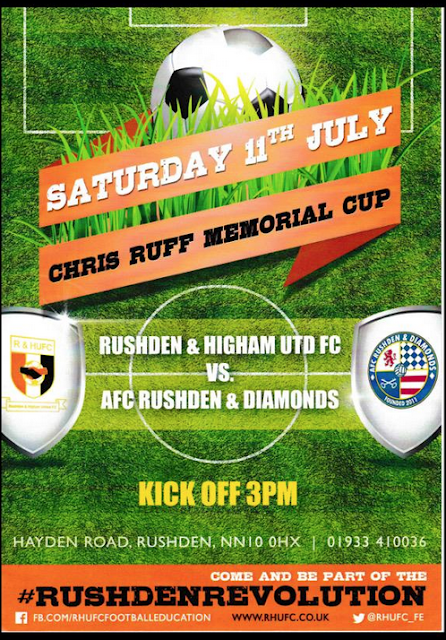 
RUSHDEN & HIGHAM UNITED FC was formed in 2007 as a result of a merger of Rushden Rangers and Higham United. Rangers themselves had only been formed as a senior club since the mid '90s after previously being a junior team. The club took up residence at Rushden's home, Hyden Road which itself had been the home of Rushden Town before they merged to become Rushden & Diamonds. They've been in the United Counties League ever since, finishing a best-ever 5th place in 2012.

The new club has had little success in the FA Cup, losing in the Extra Preliminary Round. They have fared little better in the FA Vase with their sole victory coming over Feltham in 2008 when they reached the 2nd Qualifying Round. However, they did win the Northamptonshire FA Les Underwood Junior Cup in 2013 when they beat Cogenhoe United in the final in a game played at Northampton Town's Sixfields Stadium.


For a long time on this date, I was planning on doing a double set of games. Dulwich Hamlet were playing German side Altona at 6PM and I was planning on finding a 3PM kick off somewhere nearby. But in the end, I decided to leave it for a bit - it was only a revisit and I was planning on doing it again when they played Tonbridge Angels (availability permitting) so I could see my mates Joe & Tristan who follow the Kent side. As Anwar would still be fasting for Ramadan, I wanted to find us something local and this derby between the 2 Rushden sides seemed a good option, especially as it was a good ground that may not be around for much longer. Originally on the Friday night, I had been planning to go to Boldmere St Michaels v Aston Villa, a game which in the end the visitors won 3-1. But I'd be doing it on my own - not usually a problem if I had Anwar to help me out with petrol, but he was unavailable. With the Wetherspoons Cider Festival kicking off and there being 2 Wetherspoon pubs in High Wycombe, I decided that it would be a better (and cheaper) bet to go there. 9 ciders were consumed (luckily only 3 pints were consumed as they were sold in thirds) and I also got to try a Wetherspoons Burrito for the first time which was great value and only around a fiver with pulled pork. Having walked 4 miles each way, I got some chips on the way home, though not from Mr Chan Chinese takeaway who refused to sell them without a meal, the arrogant tossers. Instead, I walked across the road to the Piri Piri place and got a portion for a quid. Due to my early start for the evening, I got home at 9PM in a decent state and just watched TV in bed before falling asleep. I was pleased that I had tried 17 out of the 30 ciders on offer, thanks to also having had some of them previously. 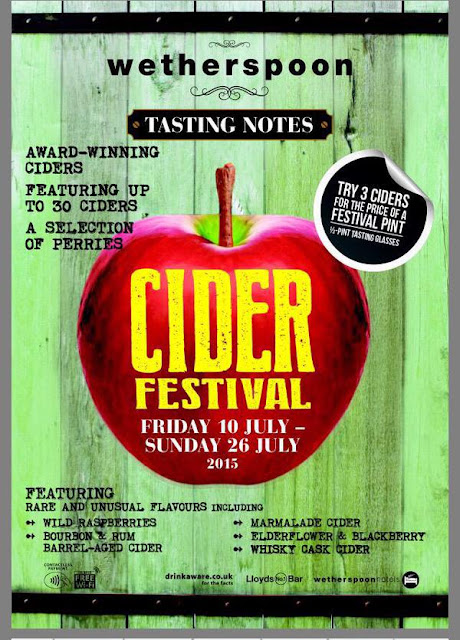 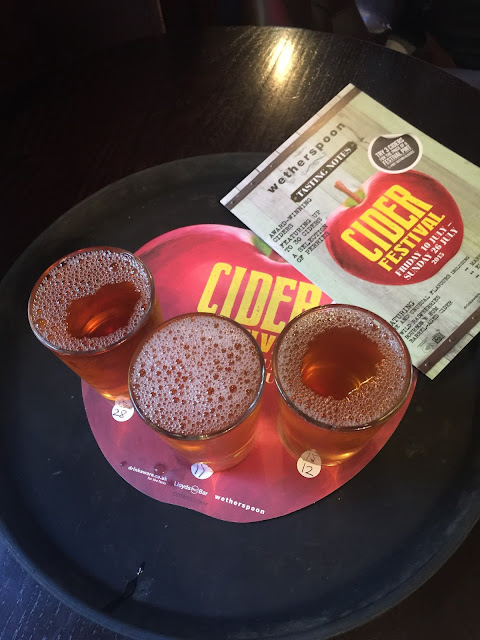 On the day of the game, I awoke around 8am. After going on the internet for a bit and having a bath, I left at 11.10. The plan was to go into one of the Wetherspoons in Aylesbury and have a further 3 thirds. The plan worked a treat and with me trying 3 ones that I have never had before I was going well. What's more, they were all delicious and served up on a smart tray and a sheet so you could see what ones you had drunk. After that, I went to have a Peri Peri wrap and chips at a kebab shop before going round some shops and meeting Anwar just after 1. It took us an hour and 10 minutes to get to Rushden, and he had also bought his 2 kids, Aisha and Hicham along for the game. We got to the ground at 2.20 and after a few pictures outside, we went in, paying a very reasonable £4 for the privilege. We went round the ground taking pictures before meeting up with a couple of groundhoppers I know. Sussex Hopper was someone off of the Kempster forum who went on the Scottish Hop and Richard was a Facebook friend and fellow cider enthusiast. As well as catching up on Facebook we had a good chat amongst us. Before the kick-off there was a minutes silence for the Tonbridge Angels trialist Junior Dian. A tragic event occurred on Tuesday as he was playing against fellow Isthmian side Whyteleafe in a friendly. Dian collapsed on the pitch after 70 minutes and was rushed to hospital. Sadly he never recovered and died in the early hours of the following morning, aged just 24. 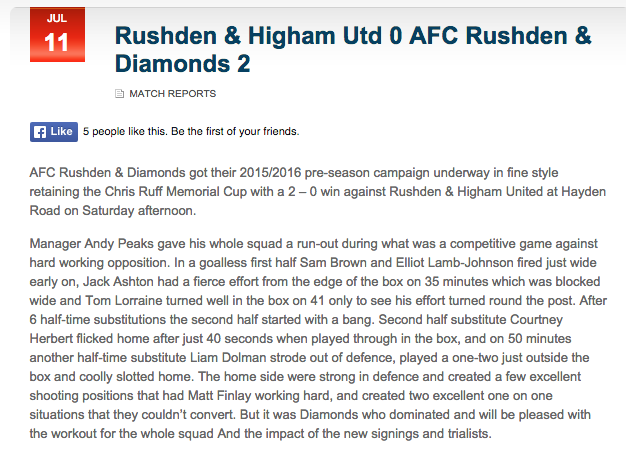 After the game, we made our way back to the car. It was a good journey home, dropping Anwar and his 2 nippers off at 6.10 and getting home myself at 6.30. On the way home, we listened to England defeat the Aussies on Day 4 of the first test at the Ashes, meaning a ticket to the 5th day was a bigger waste of money than Dierdre Barlow's birthday cake in Corrie! I spent the evening chilling, knowing that I had to complete just one more day at work before a week off and a trip to Vegas. Though I was yet to find a game of football over there, it would be a nice break and a long overdue week away from work. 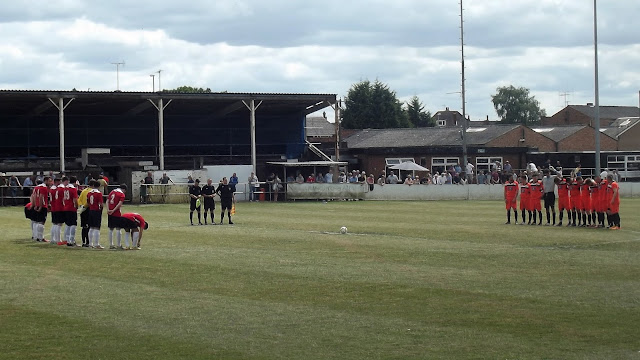 HAYDEN ROAD is a classic old ground, although the old main stand has been sadly condemned. There is a newer covered stand, named in memory of former club man Chris Ruff, who also had today's cup named in his memory. This holds around 100 while the rest of the ground is open hard standing with plenty of steps of terracing. I didn't try the bar or tea bar, but the town of Rushden is a short walk away and that has plenty of choice of places to eat and drink. 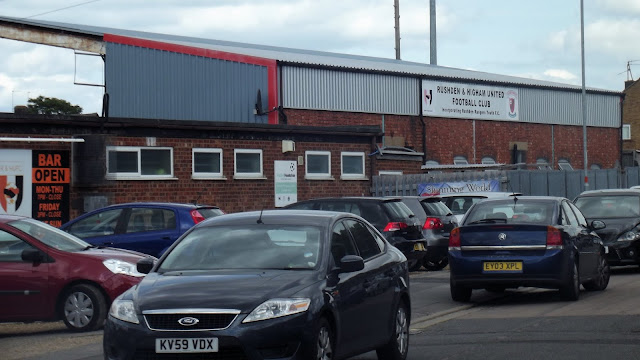 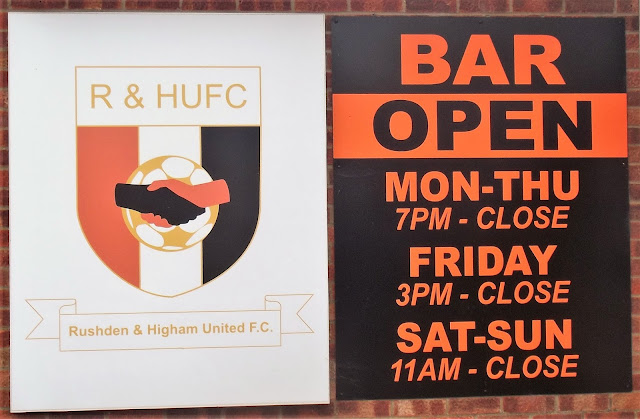 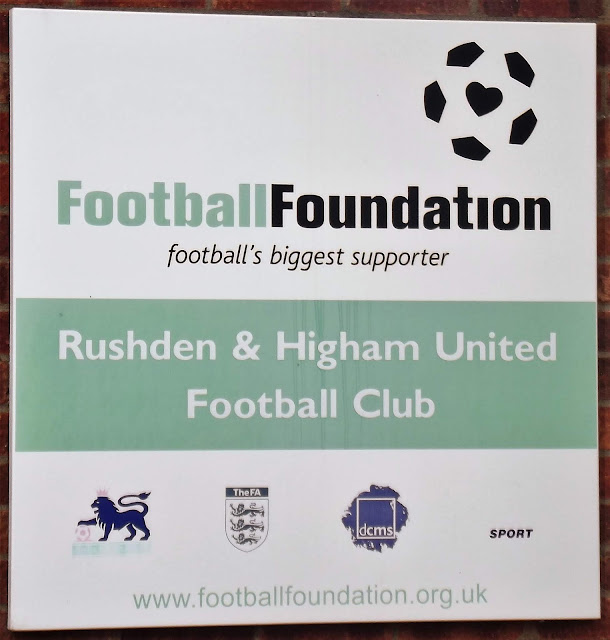 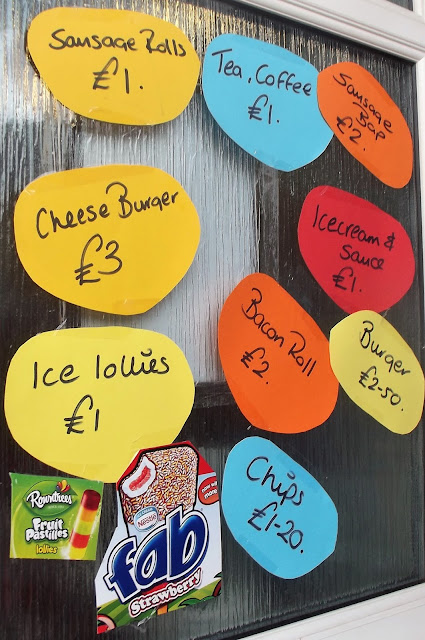 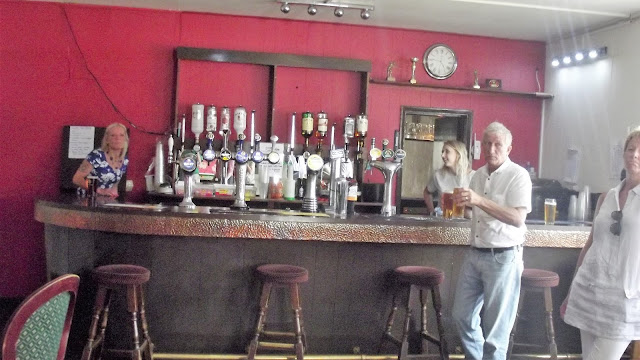 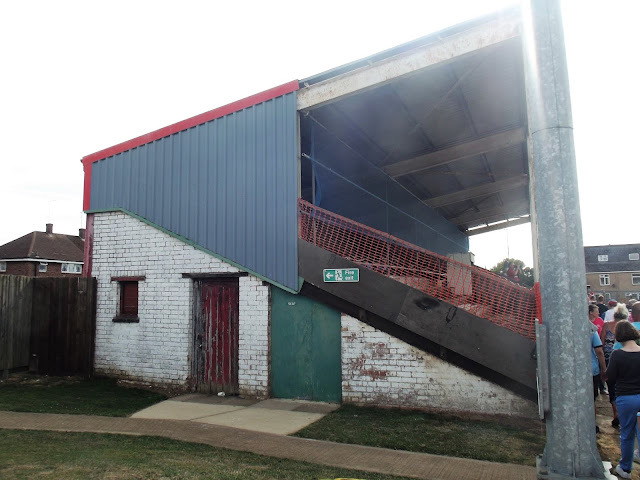 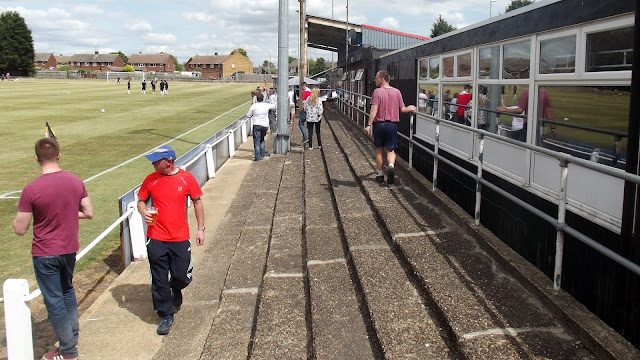 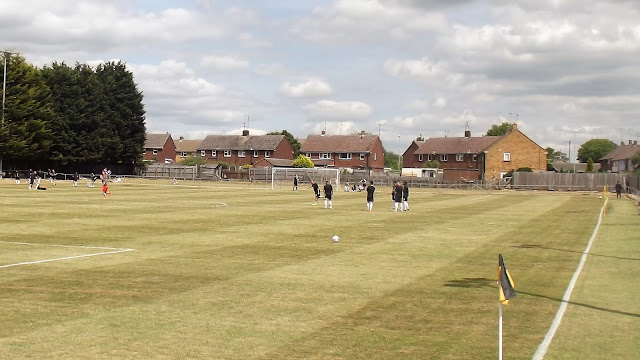 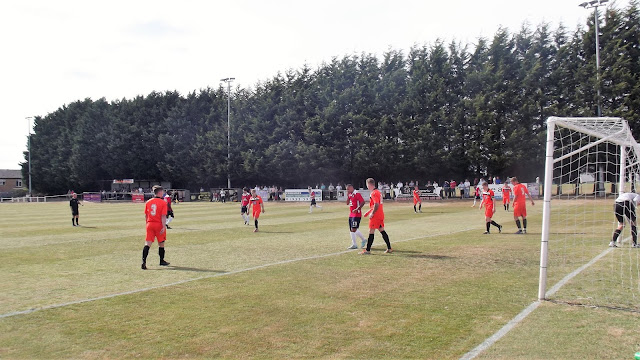 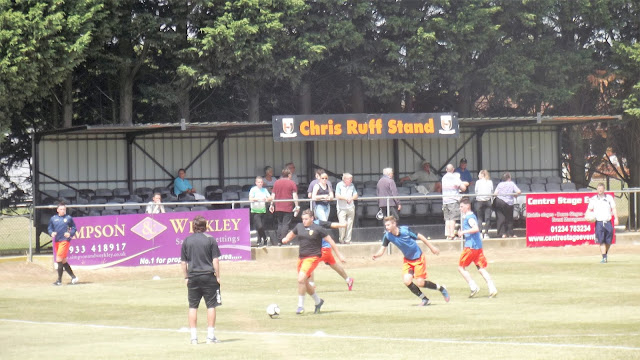 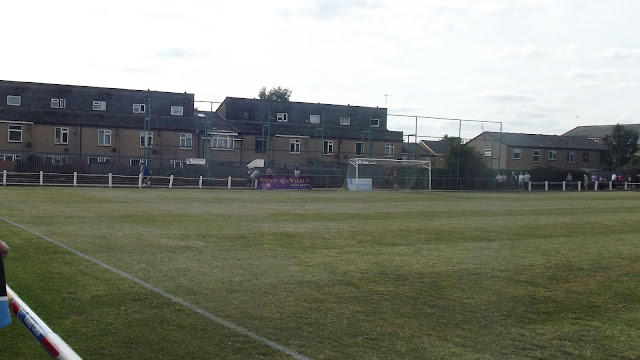 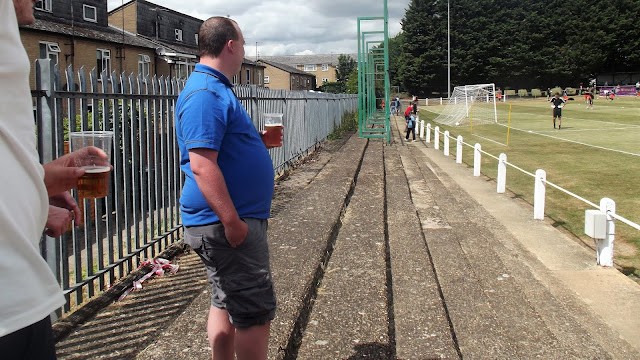