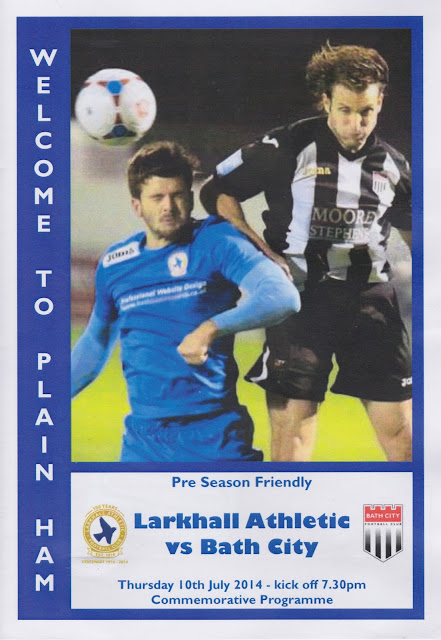 Larkhall FC was celebrating their centenary, having been formed in 1914. The club played local football until 1976 when they were elected to the Western League, which had expanded to 2 divisions at that time. After a series of mid-table finishes, they started to get better and better and won the league for the first time in 1989. They would win this division twice more, finally being in a position, finally being able to take promotion in 2009, 20 years after their initial triumph. This meant they were at step 5 of non-league, in the Western League Premier Division.  After finishing 14th in their first season at the higher level, they won the league at the second time of asking but again had to wait till last season's league win to gain promotion, due to the delightfully named 'Plain Ham' ground not being up to Southern League standard.

The club must be hoping that this elevated status gives them a better chance of a run in the FA Cup, for they have only ever reached the first qualifying round, a feat they have achieved the last 3 seasons running, losing out to a Southern League side on each occasion. Once competition their promotion will exclude them from is the FA Vase, which they have done pretty well in. As recently as last season, they have reached the 5th round, repeating 2012/13 where they lost a pulsating tie 4-3 to Tunbridge Wells, the eventual finalists.

As my parents were away for the week, I was looking to take extra opportunities to get out and see new grounds and games. Sadly it was just at the start of pre-season, so options were not as varied as they could be. Initially, I was going to go to a game on Friday - either Yate Town v Swindon Town or Norton United v Crewe Alexandra. But then I saw there was a centenary match between Larkhall Athletic and local side Bath City, to celebrate the hosts being 100 years old. There was also a really good cider pub in Bath, so it would make a good day out. Added to the fact that there was the possibility that a couple of people that I knew from Bath might turn up, and I was sold. The only downside was that I was up at 4am both days, so again, I'd be short on sleep, but I can cope with that. I had quite a busy day at work and was rushed off my feet until 1pm. I finished work, bought some Irn Bru and other stuff for tonight and went and checked the latest on Facebook before leaving at 1.20. The journey was a lot quicker than I thought, and I made good progress down the M4 and into the Westcountry. After a brief stop at Membury services to change into some more comfortable shoes, I was at Larkhall by 3.20. 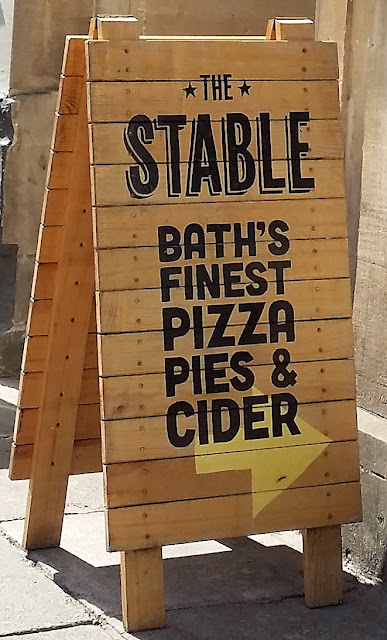 I walked into Bath as previously planned and went to the Stable, which on the internet looked very nice. When I got there I was not let down, the place was manna from heaven for a cider head like me. There were around 50 that I could try, and so I settled on 5 thirds that I could have for £7.50 on one of their taster boards. All of it was lovely and I had Devon Gold, Dorset Dabinett, Devon Bloom, Bridge Farm and Dorset Draught. I then checked out Facebook and had a think about my plans for the coming season.  By the time I had finished that lot, I was feeling pretty nice and relaxed and headed off to my second port of call, the Pink Planet games shop, which came highly recommended by LawnboysPost1975, one of the retro gamers I subscribe to on YouTube. There was a decent selection there, but none that I was willing to pay collectors price for, the only one I was looking for was Soccer 97, the follow-up to Olympic Soccer. I then went in search of food, putting the ground into google maps and stopping at a Chinese for some chips. I also stopped for a Kangaroo Burger at Billy's Burgers on the way back to the ground. By the time I had reached my destination at 6.45, I was really hot but still needed to put some charge into my phone, which was under 30%. I got my stuff together to go in the ground, going in just before 7, half an hour before kick off. I was glad I had got my programme beforehand, as they sold the last one, a couple of customers before me. First port of call was the clubhouse toilet to clear myself out, and with that done, I found myself a place to watch the game with 10 minutes till kick off. I met up with Andy, a Bath fan, who I watched the game with and we had a good chat and catch up. 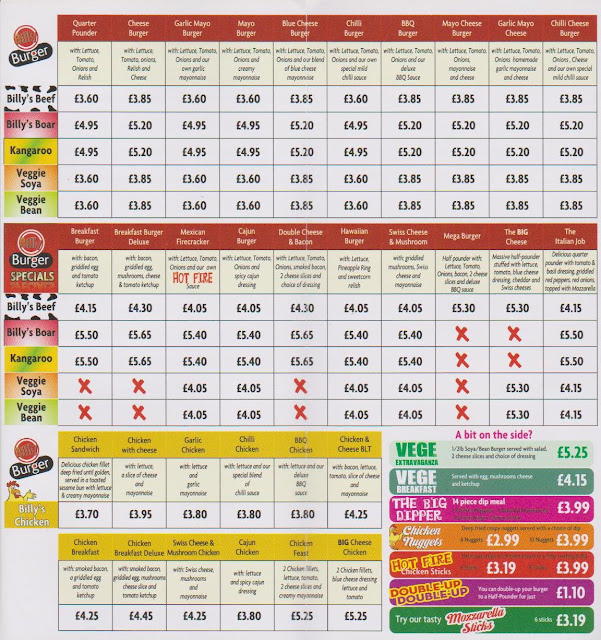 It was a pretty decent first half with chances for both sides. Bath took the lead early on, when the Larkhall keeper lost the ball, leaving an empty net to tap in to. It was a pretty even game in the first half as Bath were fielding a team of trialists. More of the first team came on in the second half and that resulted in them having more of the play. The visitors extended their lead with a neat and clinical low shot about 10 minutes into the second. Larkhall did have a chance to pull a goal back from the penalty spot but they spurned it, blasting it straight at the keeper. That was it as far as goals were concerned, and it had been a decent if unspectacular game. I made good time on the way back listening to some tunes and getting back around 11. I had a quick chat with my mate Kieran when I got back, and I will be glad to catch up properly with him when we meet at Harrogate next Tuesday, as well as a load of other Grimsby fans. I got to sleep just after midnight, thankful that I only had 2 more 4am starts before my week off.

PLAIN HAM is a wonderfully named ground and is typical of a recently promoted step 5 ground in that it has newly erected temporary stands. Pretty much half the ground is raised above ground level and offers a nice view. There are small stands on either side with a mixture of seating and standing. Behind the far goal is a small area of cover.

I didn't use the bar or tea bar but know that they had Blackthorn on draught, which makes a change. The city of Bath is 40 minutes away and is well worth the walk, you pass a few takeaways on the way if you fancy something to eat. The programme on the is occasion was very good, with plenty to read and I learned a fair bit about the club from it. I enjoyed my visit there, as everyone was really friendly. I will certainly be aiming to do more grounds in the West Country, as it is excellent for cider. 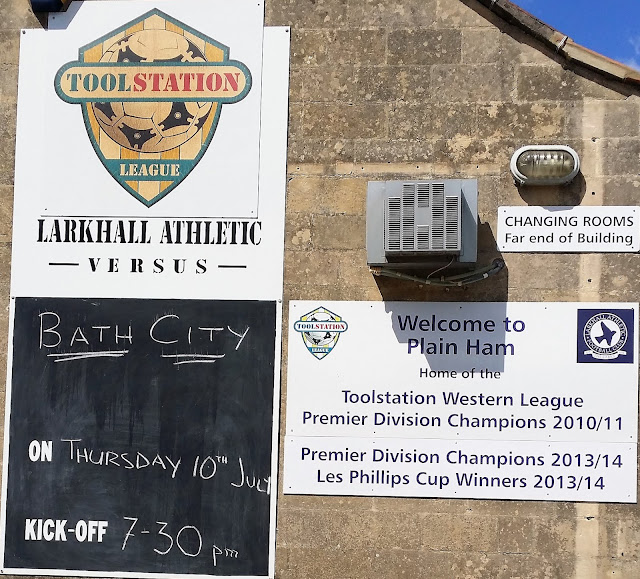 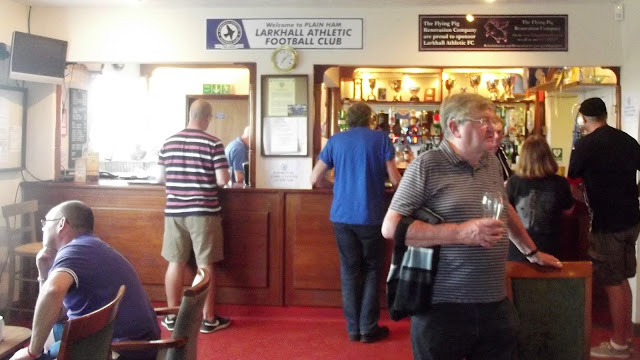 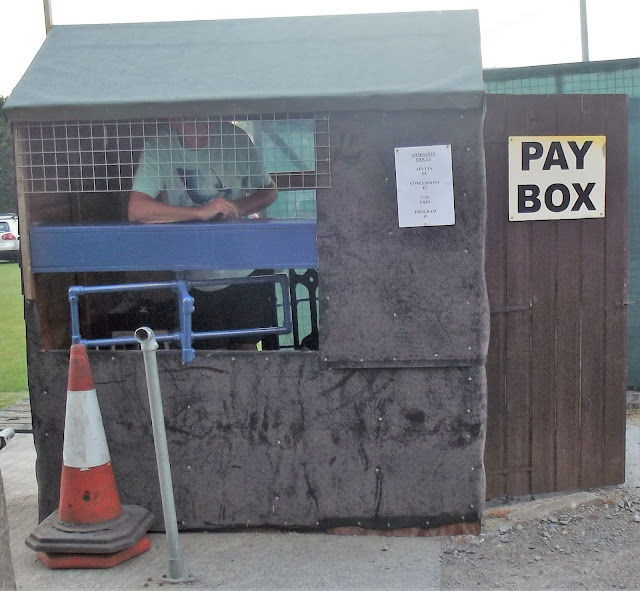 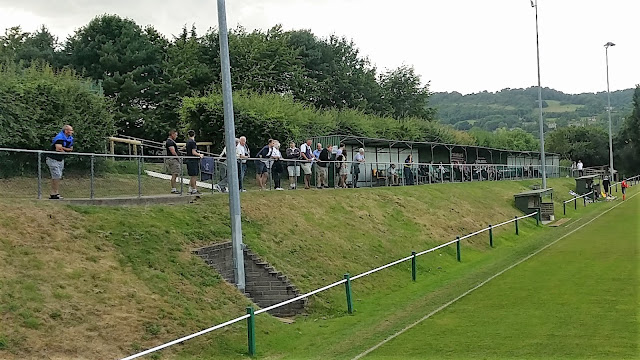 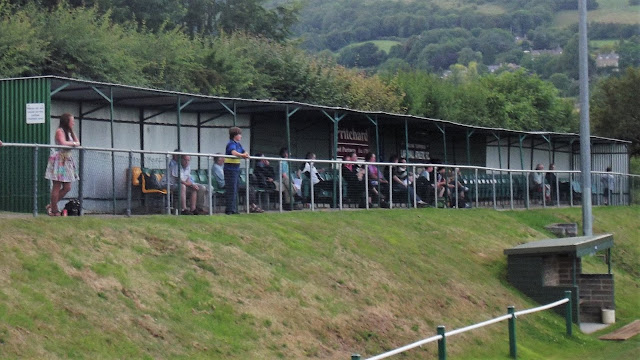 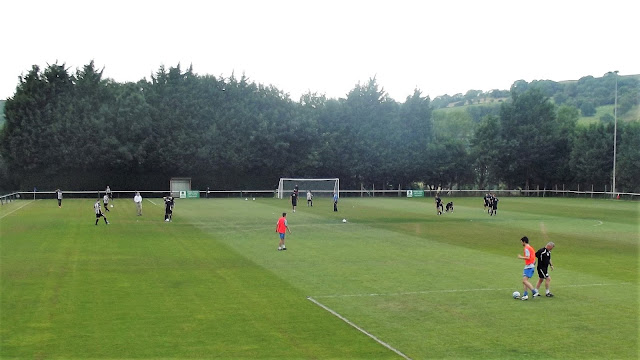 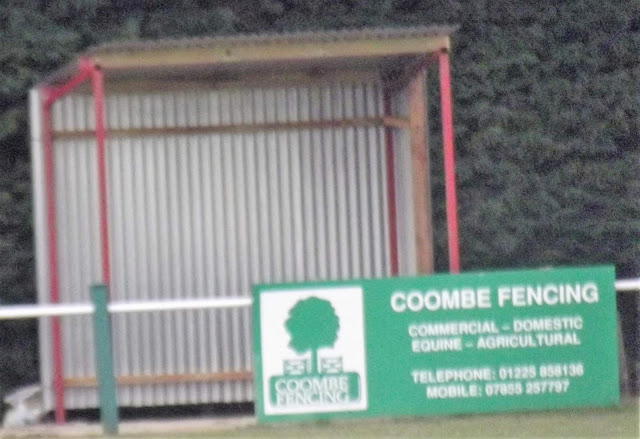 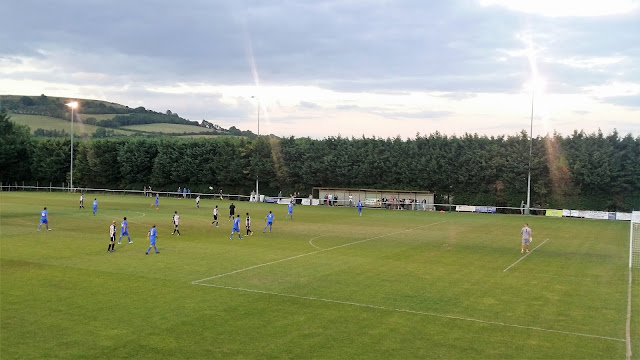 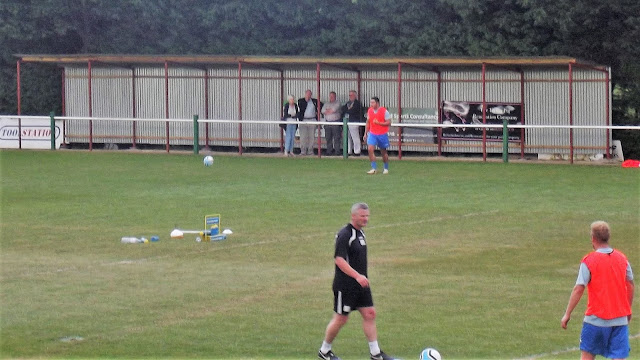 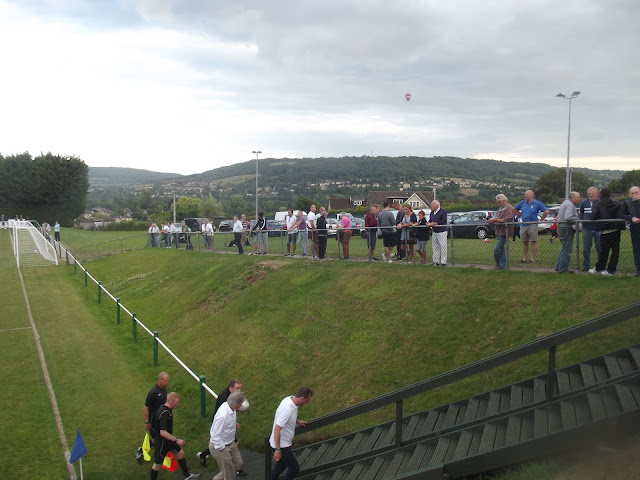