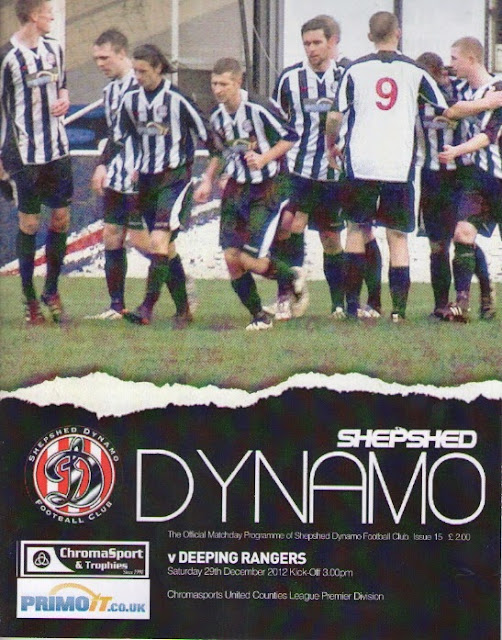 About 6 weeks ago I booked to go and see comedy folk band The Lancashire Hotpots in Derby. So I needed a nearby game to go to, so I could go to my hotel, park up, have a shower and then walk into Derby for the concert. I considered a number of games and asked around as well as doing some research myself. I was looking at a number of factors - the goal count for each team, whether the ground had a good club shop and whether the area had a good local pub. I only decided on Friday afternoon and turned down the following games

The only thing that Shepshed was lacking was a good shopping place, but I would remedy that by going into Loughborough beforehand. Another factor for going to Shepshed was the amusing name of their ground - Butthole Lane - and they apparently had a chant that went 'If you like it up the Butthole clap your hands' The name actually comes from Archery in Tudor times - it simply means archery target. But it is well known nationally, but they don't mention that the town's football team play there very often. When the club was known as Shepshed Charterhouse (one of the Town's previous teams - Dynamo were founded in 1994) they had future Wycombe manager Martin O'Neill as boss back in the eighties. They were relegated from the Northern Premier League Division 1 last season and now play in the United Counties League. 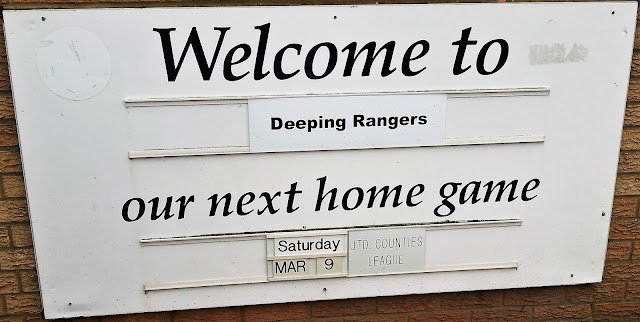 On the day I left at 10am so I could go into Loughborough, which was a pretty decent town but I didn't buy anything apart from a paper. I then made my way to Shepshed, arriving at 1.35. After getting a picture with that infamous road sign I went to the pub, called The Black Swan. I was disappointed to see they only did Thatchers Gold as it is not a 'real cider' as my CAMRA app promised. But at least it is probably the nicest keg cider that you can get. After that, I went in search of some lunch, and this is the sort of time when Google Maps came in very useful. I'd never have found the chippy without it and I enjoyed my chunky chicken curry and chips. I then made my way to the ground, paying £6 to get in and £1 for a programme. It was only an old issue for the original game on the 29th December but it was half it's usual price of £2. It was very well presented in full colour throughout but there wasn't an amazing amount to read. From my experienc,e most clubs at this level charge £1 for all games for a more basically printed programme and I think that's the better option. After taking some pictures of the ground and going in the club shop where I bought a couple of pens for £1. I then went into the bar where a couple of fans recognised me as posting on one of the non-league groups on Facebook and we had a brief chat. In fact, everyone at the club was really friendly and made me feel very welcome in the true spirit of non-league football. Just before kick off got some more chips too, which were a bit dry and not as nice as the ones from the chippy. 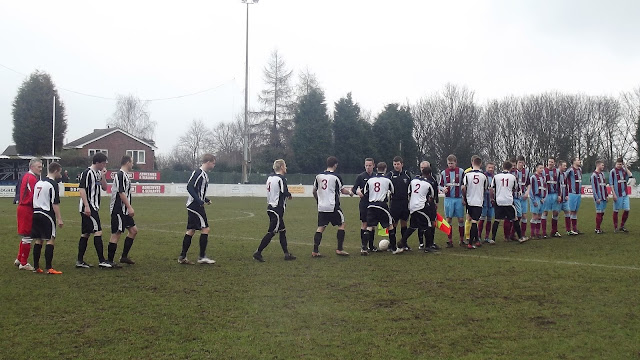 It turned out to be a decent game to watch. Deeping had the ball in the net in the first minute but it was ruled offside. From the resulting free kick and passage of play, Shepshed went up the other end and gave themselves and scored through Steve Chaplin. The lead didn't last for long however as Alex Beck equalised on 6 minutes. There were chances for either side but it was still level at half time. If Deeping had edged the first half then Shepshed started the brighter in the second half. But it was the visitors who took the lead on 65 minutes when Matt Heron scored at the second time of asking after his initial shot hit the post. Deeping had a great chance to make it 3-1 shortly after but didn't take it. This turned out to be costly as Chaplin got his second goal on 75 minutes. For around the next 10 minutes, Dynamo are well on top, creating numerous chances but not scoring them.  But it was Deeping that got the winner on 89 minutes. It looked well offside as  the ball was crossed in the box for Alex Beck to score. This sparked furious protests from the home fans, and some Deeping players started giving mouth back. There was also a bit of aggro on the pitch which saw a player from each side yellow carded. Deeping have now completed the double over Shepshed in the league as Dynamo make hard work of trying to be promoted back into the NPL, being in 12th place after the game. Deeping were in 6th after this win. I actually visited their ground on the way to Peterborough one year to take pictures and it looked smart and modern and should be OK if they get promoted. 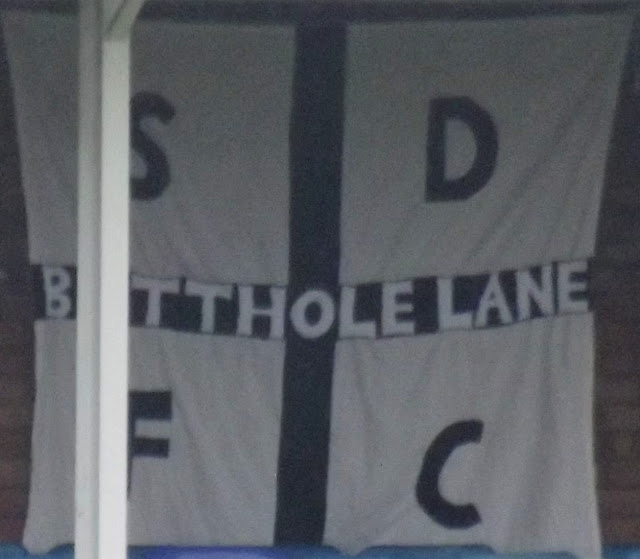 After the game I drove back to my hotel in Derby, first going back to my room for a rest and then when I realised I'd forgot my phone charger, sitting in my car and listening to the radio while I got a bit more charge in my phone. It was then time to take the 30 minute walk to the Flowerpot pub to see The Lancashire Hotpots. It had been a good day so far and turned out to be a brilliant night with several pints of Black Rat cider and some good live music. After the concert, it was getting on for midnight, but I still had time to go to another pub for a different cider, albeit one that I had tried before. After this, it was time to go back to my room but I needed cash and food and my phone battery had just died. So I went to the cash machine and a local takeaway where they phoned me a taxi. Not that I remember much of this very well due to intoxication. I woke the next morning, watching the Match Of The Day that I had missed the previous night before having a hot bath and something to eat, leaving at 10.30 and getting home about 12.40, having had a good weekend.

THE DOVECOTE is a good ground at Northern Premier League level, let alone at step 5. There are covered seated stands on 3 sides of the ground, though the one on the clubhouse side is for directors only. There is also an area of covered standing on this side. The one uncovered side is behind one goal where it is just hard standing.

The clubhouse is very good, and I'd recommend it over the pub opposite as the money will go into the club coffers. The club shop is also decent, with a nice selection of programmes and books for sale alongside the usual souvenirs. Food wise I would recommend going into Town beforehand, the chippy I went to was very good. Overall Shepshed Dynamo is well worth a visit with friendly people and a good day out, with a nice traditional non league ground as well. 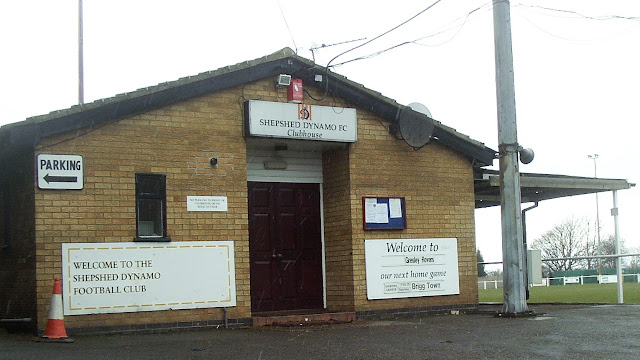 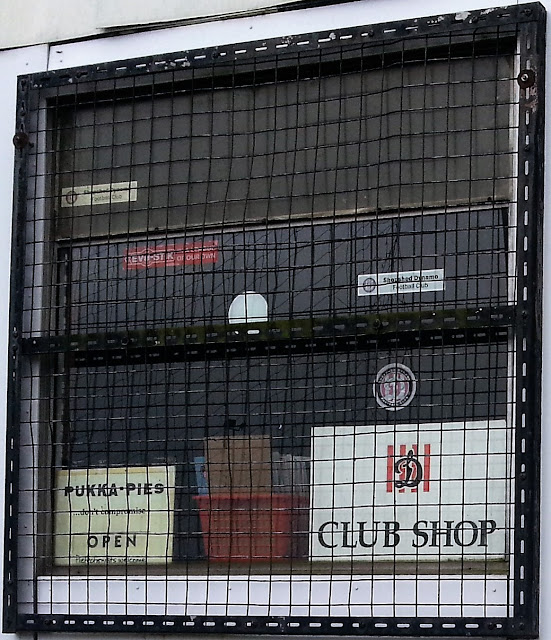 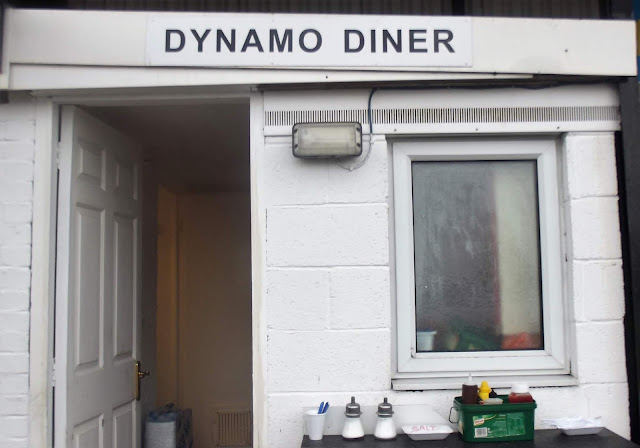 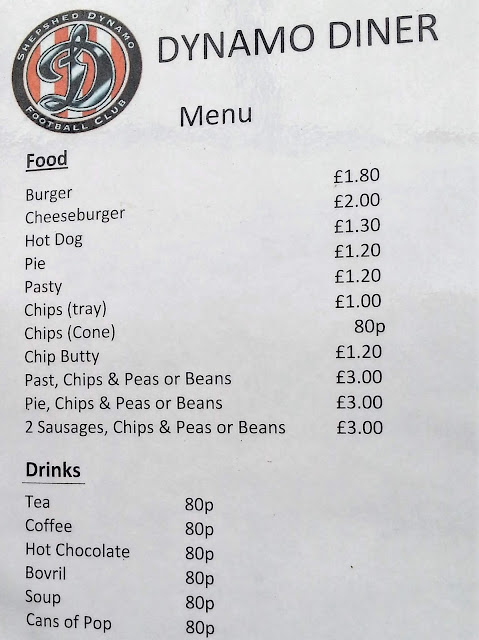 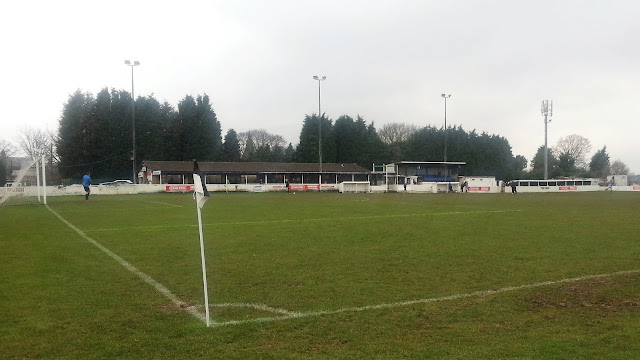 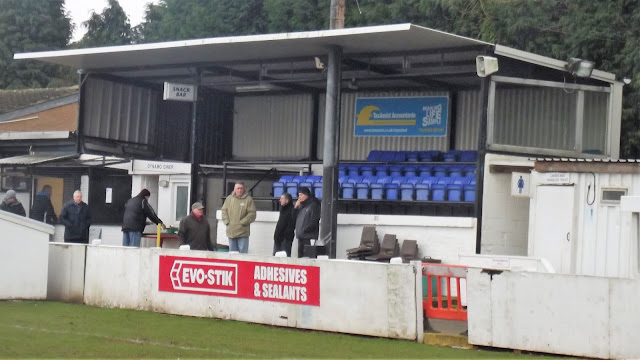 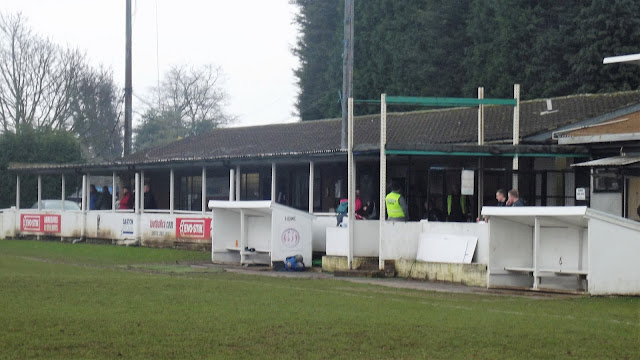 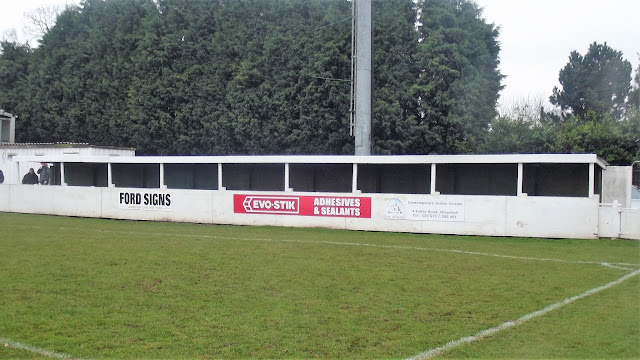 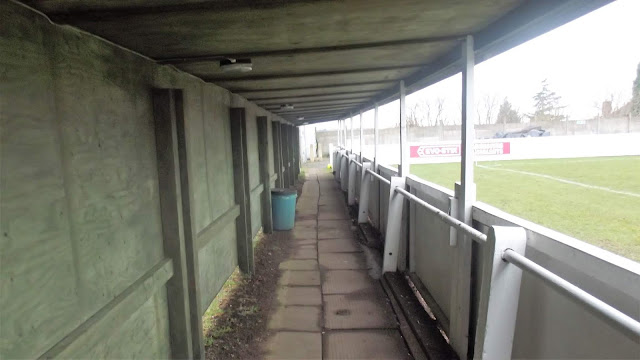 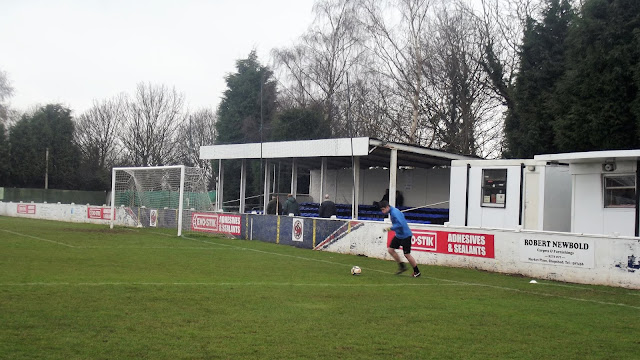 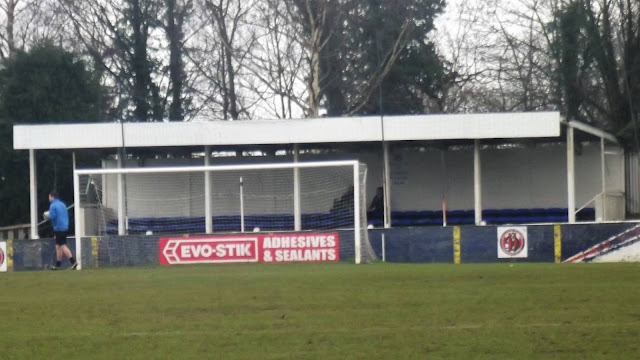 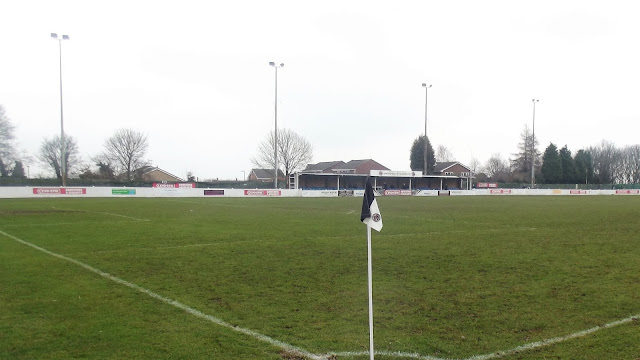 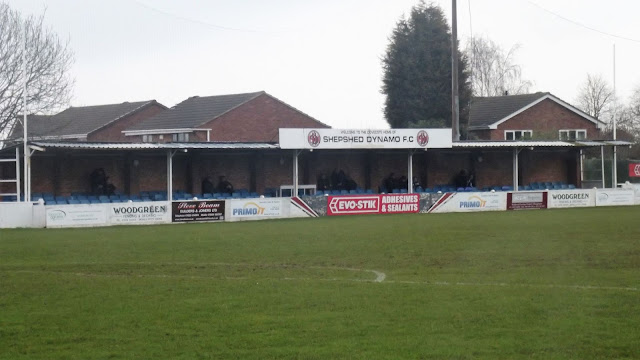 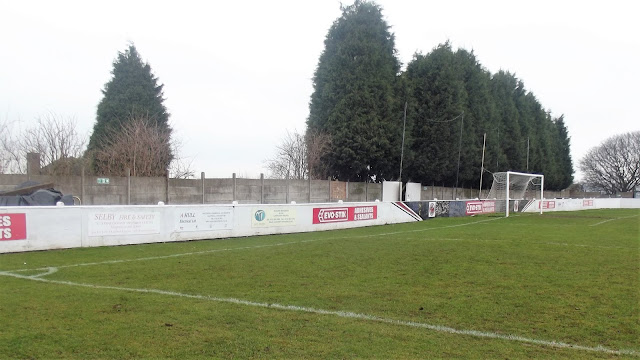