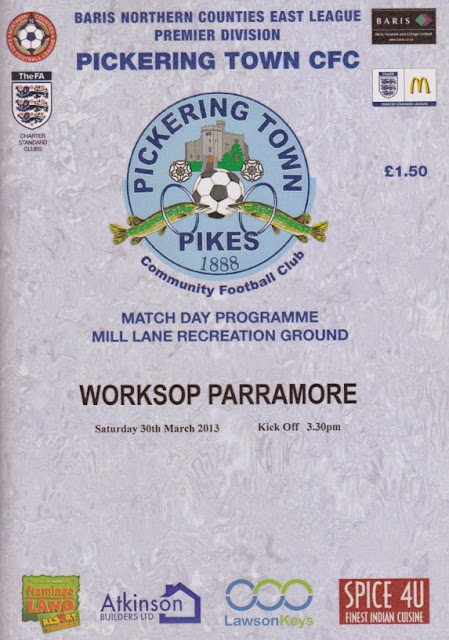 For the second game of the day, I was off 30 miles down the road to Pickering. Our progress was halted somewhat with some idiot blocking the car park with his car while he ranted at the Bridlington Chairman for 5 minutes over them charging his kid to get in. I was annoyed as I wanted to get to Pickering as soon as possible to get to the pub. A lot of others gave him stick too. We eventually got on our way and after a cross country trek, we were at the ground at 3, half an hour before kick off. The pub I fancied, the Sun Inn was 13 minutes walk away according to Google Maps. I thought 'sod it' and decided to go anyway. I made up some time and got there at 3.10. I had both the ciders before but had a pint of Black Dragon anyway. After 10 minutes in the pub, I headed back to the ground and got in just in time for kick off. 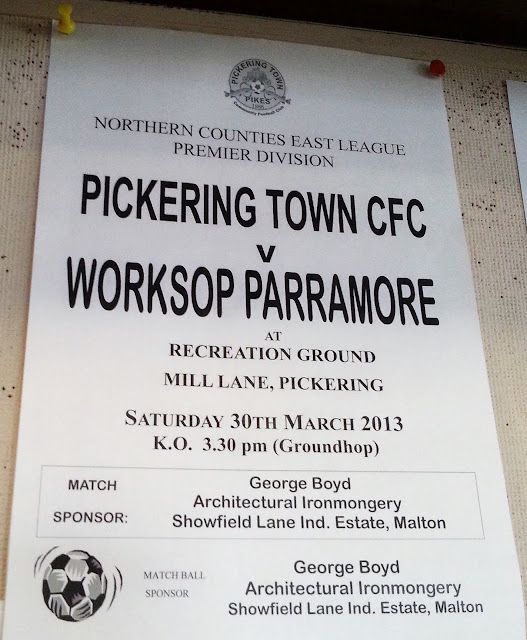 The game was dominated by the home side, who won 3-0. Liam Shepherd and Lewis Taylor got the goals either side of a cracking second. The ball was rifled from the edge of the area and it thundered in off the crossbar. This was my 100th game of the season and although it wasn't as good as the other 2 that I watched, it was still enjoyable. The ground was my favourite of the hop and had nice surroundings too. 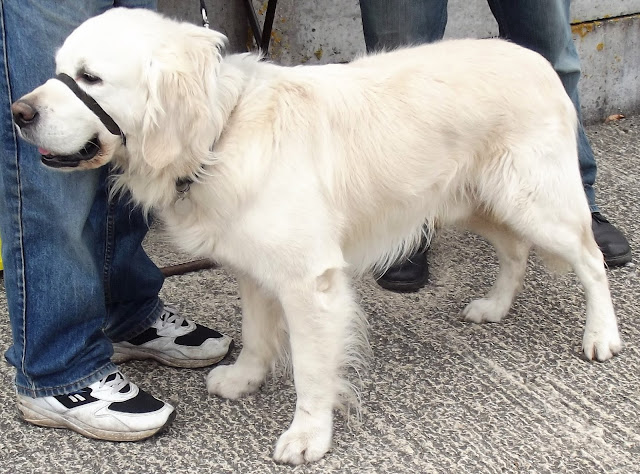 MILL LANE RECREATION GROUND is surrounded by nice countryside and buildings. The pitch has a slope from side to side and they also share with the local cricket club so the ground is 3 sided. The clubhouse end has an area of covered terracing, with 2 steps. The other end has a small seated stand and would probably serve as the away end in the unlikely event of segregation being needed as it has its own turnstile. The other side has a stand that is elevated to give a better view of the game. There wasn't a club shop when I went but I saw quite a few people wearing merchandise. The bar and tea hut area was large, the bar having a fairly decent selection and the tea hut being even better, doing good food at cheap prices. 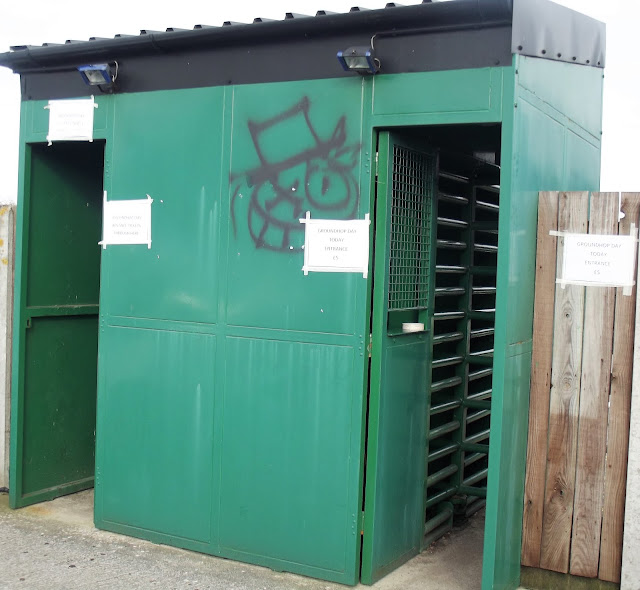 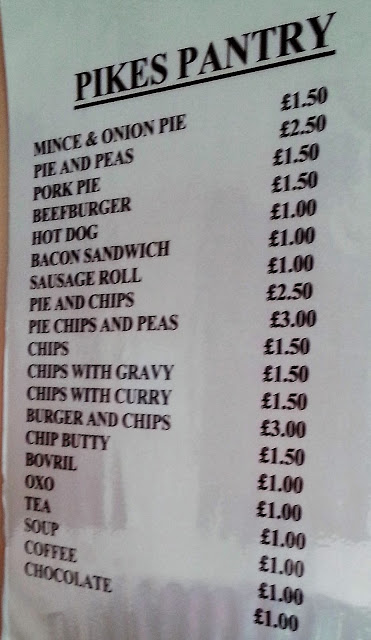 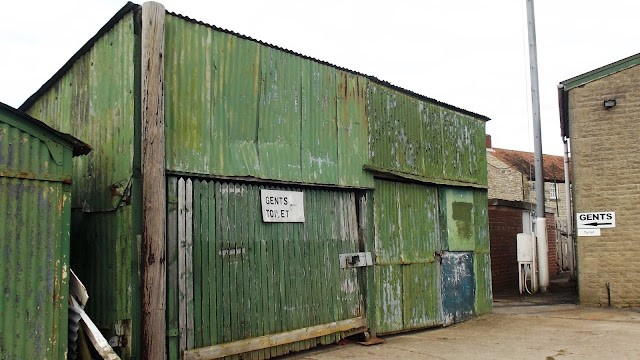 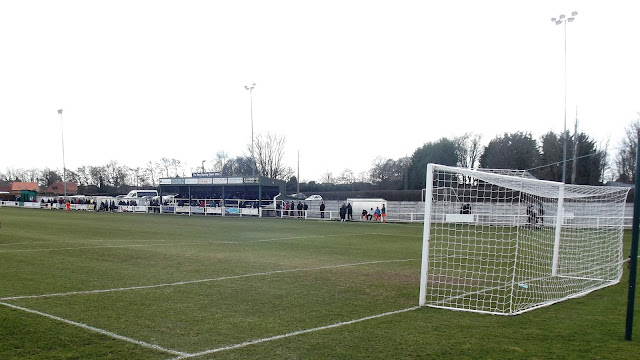 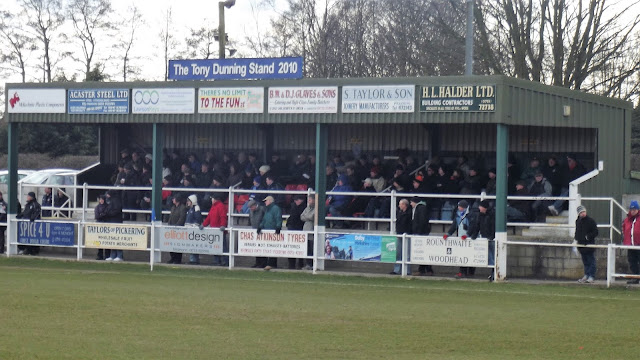 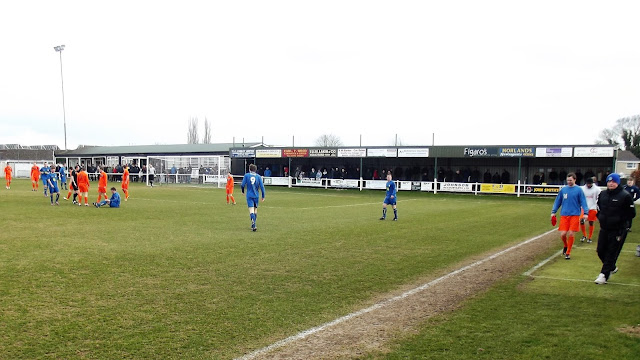 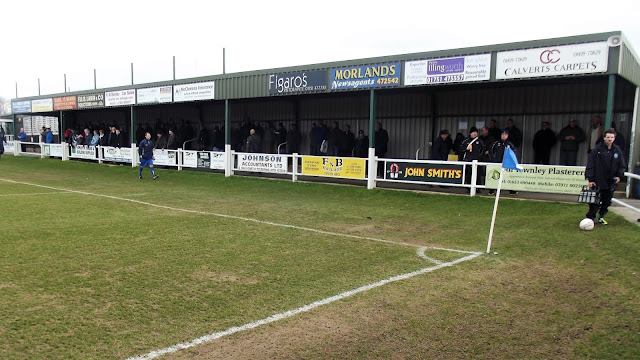 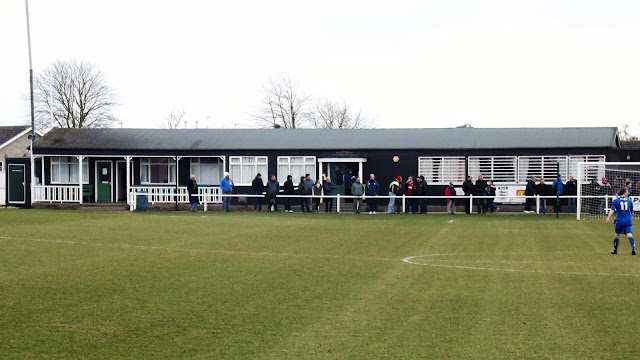 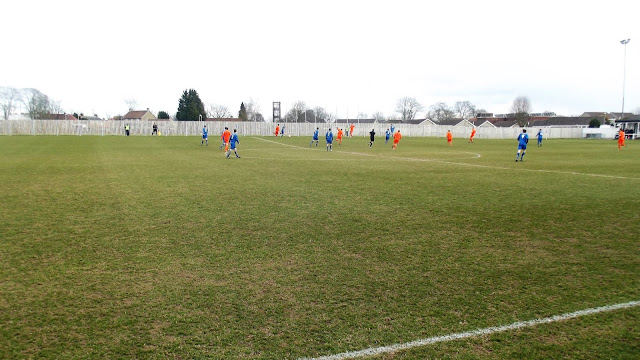 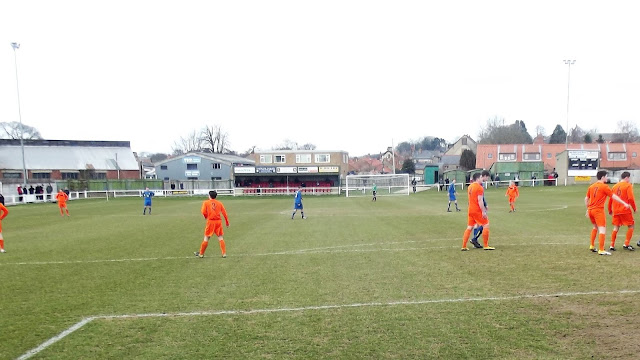 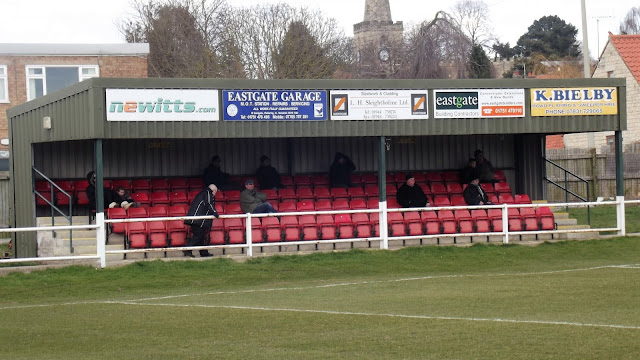 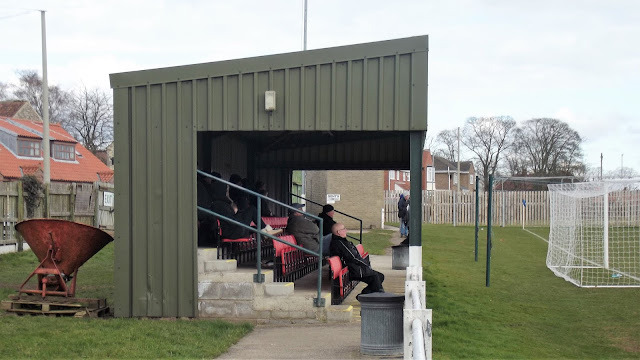 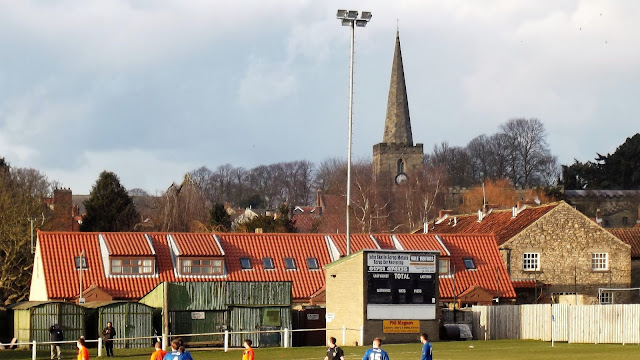