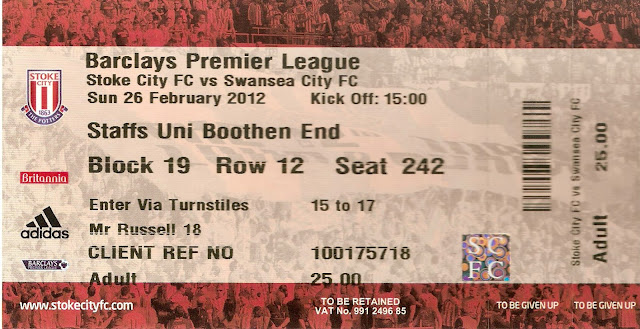 Stoke had been on my to do list for quite a while, as it was one of the ones I needed to complete the 92. I had previously been there in around 1998ish just to take photos. It had also been the last game that I missed before I went 7 years without missing a Wycombe game home or away, in fact, it was the last time that Wycombe played at Stoke - ending in a 5-1 victory for the home side. So I was delighted when the opportunity arose to visit - mainly due to me using the "floating day" that I got from work for working over the Christmas period - normally I would be working every Sunday. I ordered my ticket back in January - even then they had sold quite a few already - surprising for what was one of the more low key fixtures in the Premier League Season. On the day, I left about 9.40, so as allow myself to pop into ASDA to get the Non-League Paper and some food and drink for the day. I left Wycombe at 10.10 and after a trouble-free journey got to Stoke about 2 hours later. Before I went to the ground, I stopped off at an Oatcake shop to have one of my favourite foods that is native to the Stoke on Trent area and that I had discovered on a previous trip to Port Vale. I left there at 12.30 and then it was only a short drive to the ground.

I parked up in the local Harvester, paying £5 for the privilege. I was surprised to find that they didn't have Sky, which was a bit annoying as I wanted to watch the first half of the North London Derby between Spurs and Arsenal. Luckily there was a local sports centre called Power League that was showing it. It might not have been the greatest of pubs/bars but it was showing the game and £2.70 was pretty reasonable for a pint of Gaymers. I watched pretty much all the first half, in which Spurs took and threw away a 2 goal lead to make it all square at half time. After that, I made my way to the ground after taking some pictures and going back to my car. I got in with 30 minutes to go before kick-off. The game was, to be honest, pretty boring. Stoke played their usual agricultural style and despite Swansea having the better of the early exchanges, took the lead through Matty Upson on 24 minutes. From then on, they took control of the game and grabbed a deserved second through Peter Crouch on 39 minutes. After that, the game fizzled out and it looked like both teams were going through the motions. A bit like the fans really. Despite Stoke having the prior reputation of turning their ground into an intimidating bear pit, they didn't really sing much apart from short bursts, which was sad as I was looking forward to a few renditions of "Delilah". As the game wasn't up to much, I left with just over 5 minutes to go, so as not to get caught in too much traffic. It turned out to be a decent decision, I was back home by 7 after another hassle-free journey, most unusual for me. Overall the day was pretty average, but it was nice to tick off the Britannia.

THE BRITANNIA STADIUM, like quite a lot of other new grounds, is pretty bland but functional. The Stoke fans are well known for getting a great atmosphere going inside the ground, but I didn't see it on my visit. With a capacity of just over 28,000, it is of average capacity for a Premier League stadium. There are 3 separate stands - one stretches along one side and joins in the corner and runs along behind one goal, while there are separate stands for the 2 other sides. Away fans are given part of the Marstons Pedigree Stand, behind one goal. There is very little in the way of pubs around the ground, but the Power League one was OK for watching the Sky game, and despite reports to the contrary, away fans were made welcome and there was no animosity from the Stoke fans, which is the way it should be. 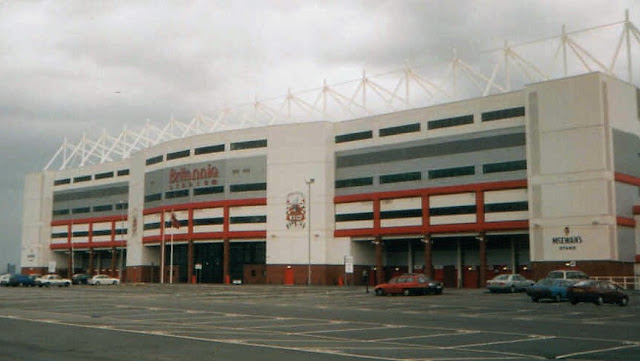 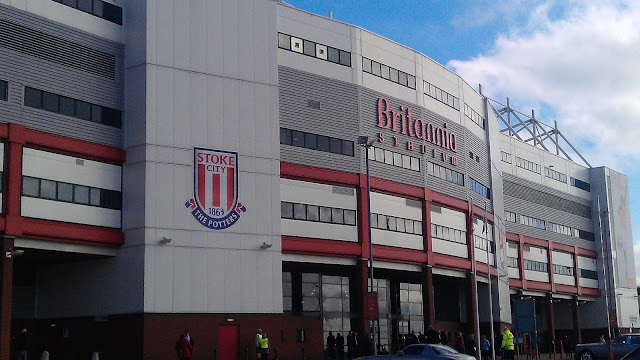 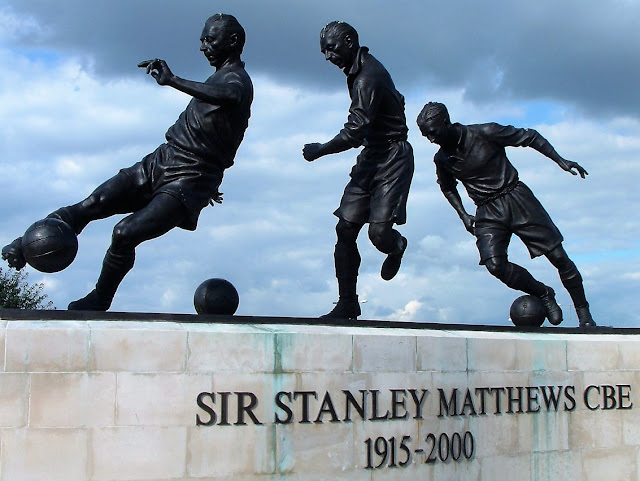 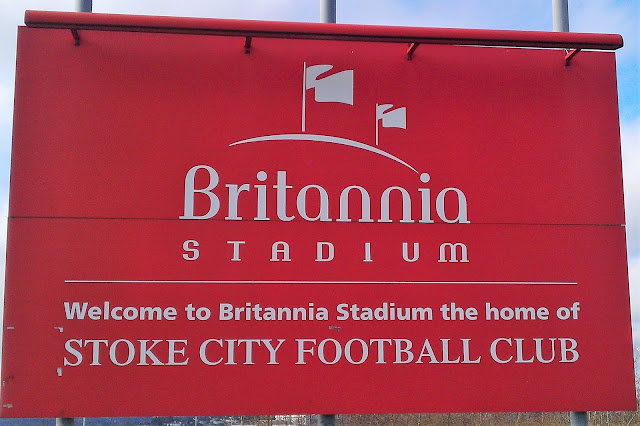 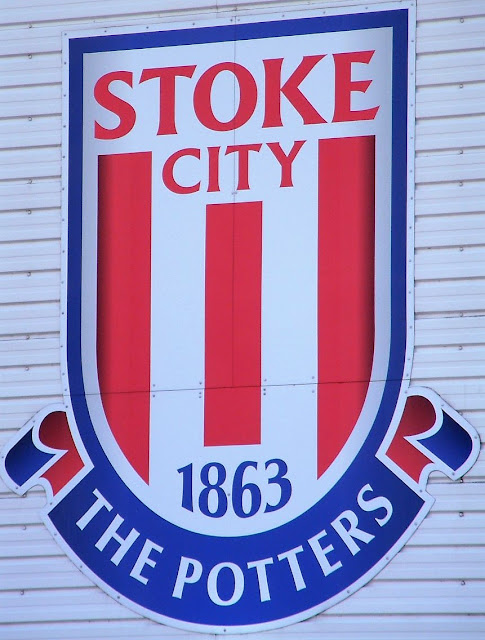 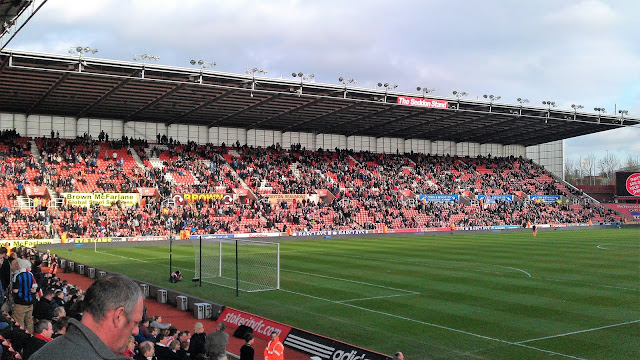 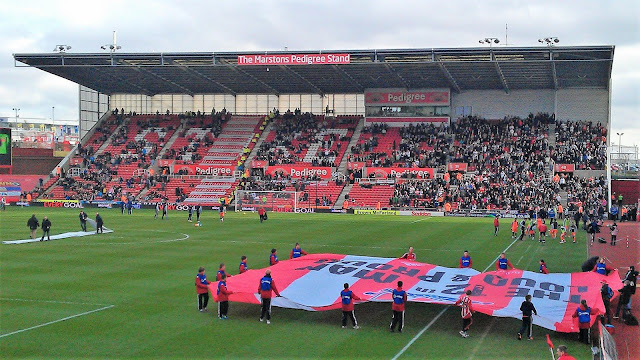 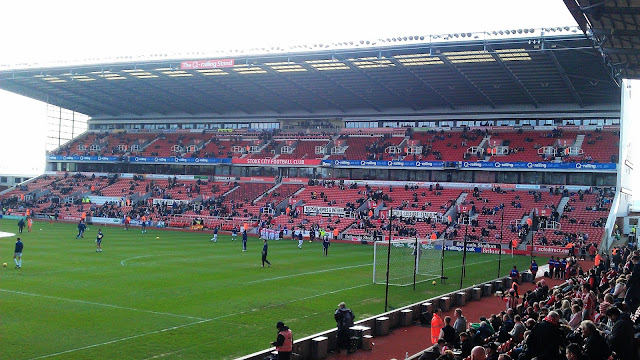 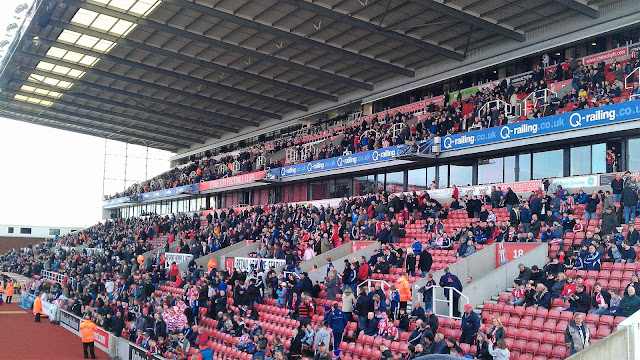