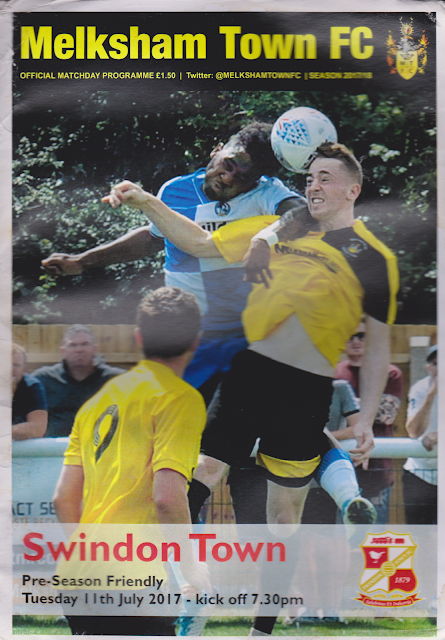 The club was formed in 1876 under the name of MELKSHAM FC making them one of the oldest clubs in Wiltshire. They were founding members of the Wiltshire League which was established in 1896 and changed their name to MELKSHAM TOWN in 1951. They joined the Western League in 1974 and have been there ever since apart from 1993/94 when they returned to the Wiltshire League for a season after finishing bottom of the Western League Division 1. They've spent spells in both tiers of the Western League in recent years and apart from a couple of seasons between 2010 and 2012, they've been ever present in the Premier Division ever since. In the 2011/12 season, they finished runners-up behind Cadbury Heath to seal their return to the top tier. They've had some good seasons in recent years, even winning the Western League in 2015. Ludicrously, however, their ground was not considered good enough for the Southern League. They left their iconic Conigre home in the town centre earlier this year, with the sale of the land completely funding their current home.

In the FA Cup, there hasn't been a huge amount of success with the club last reaching the 2nd Qualifying Round back in 1996. You have to go back to 1957 for their best ever progress - that year they beat Frome Town & Warminster Town to reach the 3rd Qualifying Round where they lost 6-0 to Trowbridge Town. Melksham Town also entered the FA Trophy in the early 1980's but again their best progress has been the 2nd Qualifying Round. There have been a couple of notable runs in the FA Vase in the last few years with the 4th Round being reached in 2015 when they lost 3-1 at Bradford Town and last season when they went out 5-3 at home to Western League champions Bristol Manor Farm in a replay. Locally Melksham Town has won the Wiltshire Premier Sheild five times and the Wiltshire Senior Cup on seven occasions. Famous former players include Andy Sandell, Murray Fishlock & David Seal. Famous residents of Melksham include former Stockport County defender Matty Bound and Andy 'Mr Christmas' Park. Electrician Park has celebrated Christmas Day every day since July 1993, costing him a huge amount of money and significant weight gain. 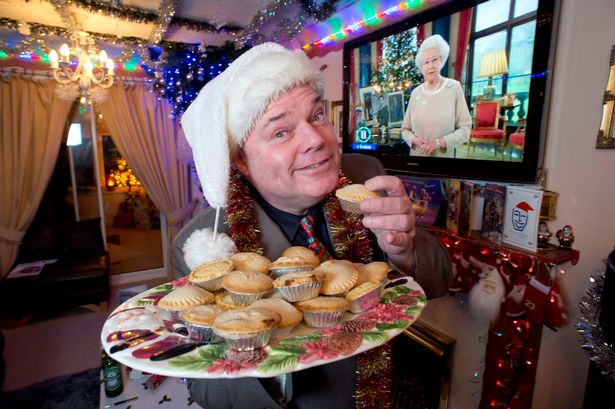 Originally on this day, I was going to go to Histon v Biggleswade. It seemed the best choice of a fairly local game and a decent revisit as I was ideally saving my upcoming 700th ground for a competitive game. The only problem was that there were no updates on the game anywhere and I wasn't even sure where it was being played. The previous weekend Wycombe had taken part in an uninspiring 0-0 draw at Slough Town on Saturday. I'd gone to that game on the bus for a quid and with entry £6 and a lunch of pizza for £3, it had been a good value day out. I'd also been cracking on with the Wetherspoons cider festival, ticking 10 of the 20 ciders on offer so far.

On the day of the game, I'd had a decent night's sleep and was feeling refreshed for my weekly walk down town on my day off. I picked up a few bits and got a bit wet thanks to some rain. I was hoping that it wouldn't affect tonight's game as it was scheduled to tip down all afternoon and into the evening. I got back home and was pleased to see confirmation of tonight's game on Histon's website. In the afternoon I went out to get some petrol, originally I'd intended to get it before leaving work yesterday but half the pumps were closed and it would have been a 25-minute wait to get served. The extra 2p a litre was worth paying for saving time. Frustratingly, the afternoon deluge had put pay to my original plan of Histon, with the Biggleswade Twitter announcing it had been put back until Thursday at around 4.15. I contacted Anwar and we decided that the best course of action would be to meet at his at 5.10 and plan from there. I quickly heated up and eat a Chilli Con Carne before leaving just after 4.40. I got to his house in Aylesbury half an hour later and we decided that being a bigger game, Melksham Town v Swindon Town would be the least likely to suffer a postponement. It seemed utterly ludicrous for this to be a deciding factor in mid-July, but it had been a wet day and so unexpectedly I'd be completing my 700th ground tonight.

When putting the ground into Google Maps, it was obvious that time was going to be tight, with us getting to the ground right on the kick-off. We needed the roads to behave, not something that usually happened for our midweek jaunts. Thankfully, Google had set me up with a route that avoided any major traffic and 10 minutes extra on Oxford's Eastern Bypass due to a broken down lorry was our only delay. On the way, I'd had notifications set up on my phone for Melksham Town's tweets and was worried when one came through around 7.10. I got Anwar to check on his phone as I was driving and thankfully it was just news of a 15-minute delay to the kick-off, a real blessing in disguise given our situation. We got to the ground around 7.25 and were directed by a steward to a parking space around 10 minutes walk away from the ground. There looked to be a decent crowd in attendance and I was glad that the atrocious weather had not affected a decent payday for Melksham too much. I walked up to the ground in light drizzle, paying £7 to get in, plus £1.50 for a programme. 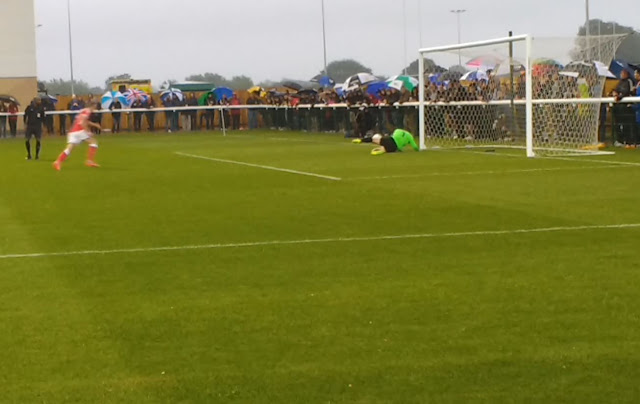 The rain had gotten a little heavier by now and with a big crowd in attendance, the limited cover had already been taken up. I had to settle for a spot on the far side and was glad I had a raincoat and umbrella for protection. The umbrella, costing just 99p, was an especially wise investment as it kept me sheltered in the main. Fears about the pitch being waterlogged were quashed when I saw an excellent surface which was as good as any I have seen. The hosts actually started off the brighter, but as was the case for most of the evening, the build up play was good, but they just couldn't make it stick up front. The Swindon Town defence repelled anything that was thrown at them and soon, the football league side took control. Melksham keeper Rob Brown made several good saves during the night but he was unable to prevent Luke Norris following up from close range on 33 minutes. The hosts were defending well with Brown even saving a 51st-minute penalty from Paul Mullin and it wasn't until 63 minutes that the lead was doubled when Conor Thomas scored with a deflected strike. It wasn't until the final 10 minutes that Swindon Town out some daylight between themselves and Melksham. 81 minutes saw the goal of the night as Scott Twine fired home a superb 30-yard strike. Conor Thomas tapped home from close range before Mullin made up for his earlier penalty miss by making it 5-0 a couple of minutes from time.

I'd only seen the last goal in the distance as I was walking around the ground to get a speedy exit. The rain continued to come down as we made our way back to the car. I was peckish by now, so we stopped at the local Co-Op where I got a drink and a bag of crisps. Usually, they have a good range of local ciders but on this occasion, they had nothing of interest. We got away at 10 and made good time home. I opted to stick to the main roads this time, even if it meant that I'd add 10 miles to my journey. I dropped Anwar off at 11:35, getting home 20 minutes later. I was still pretty wide awake by then and was dismayed as I unpacked my stuff to find a soggy programme from earlier as the water had gone straight through my bag. I went to bed half an hour later, not drifting off for a while. As a result, I was pretty tired the following morning at 4 am for work. I caught up the following afternoon but I'll certainly be trying to keep the miles down in midweek for this very reason. 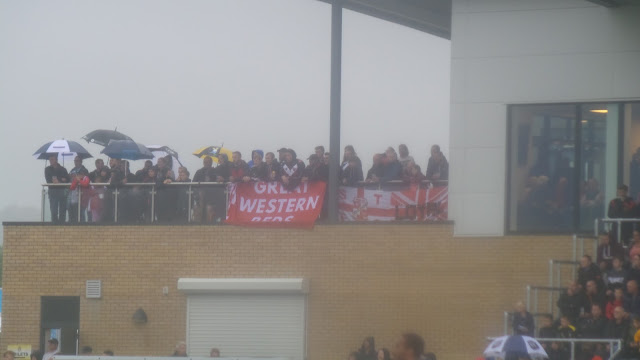 THE OAKFIELD STADIUM might not be a patch on Melksham's former Conigre home, but it is a pretty decent effort. The main stand also incorporates the club bar and although it was too busy to visit on this occasion, it looked pretty large and at their old ground, they did an excellent cider called 'Black Rat' which is made in the town. There are also food kiosks which do an excellent range but at a premium. There's also a metal stand on the far side, giving a total seated capacity of 350. The rest of the ground is open, which for most games is not a problem, apart from wet busy games.

Overall, it's a very decent venue and you are assured of a friendly welcome when you do visit. The programme was decent too, with enough content to justify the £1.50 asking price. The ground is just over a mile from the town, though I did see a chippy close by, whilst there is plenty of parking available too. 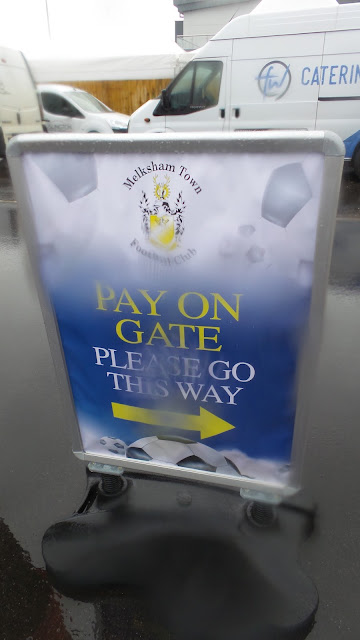 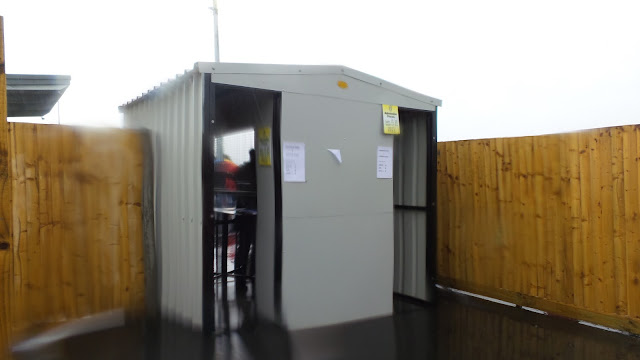 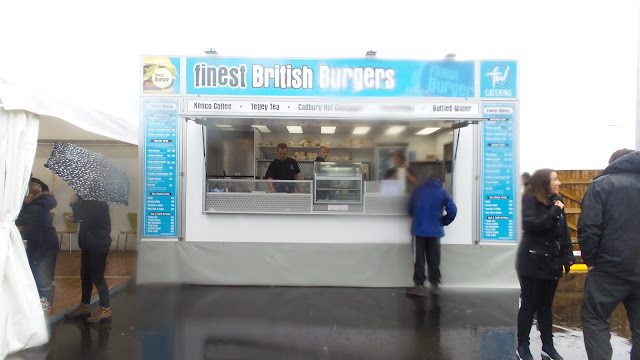 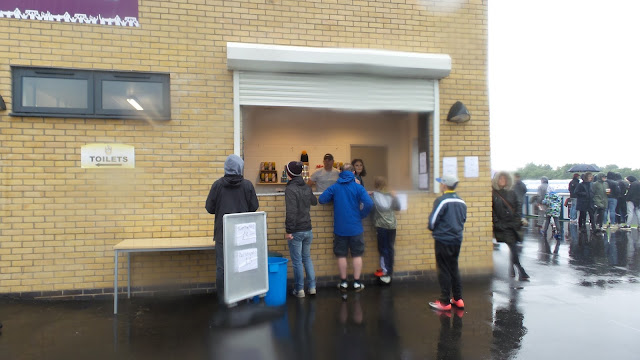 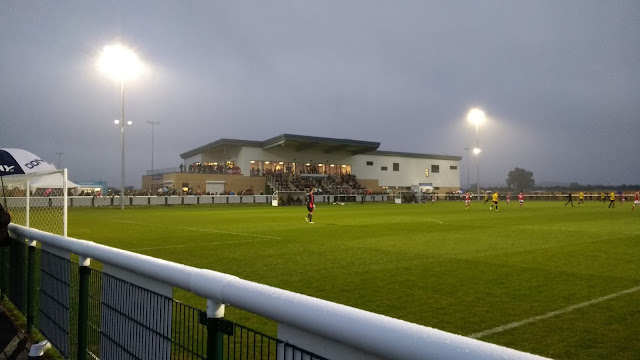 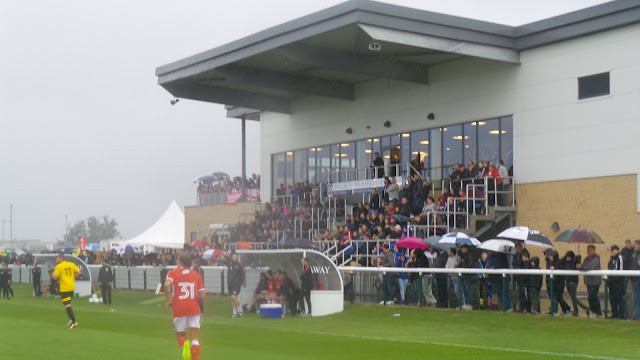 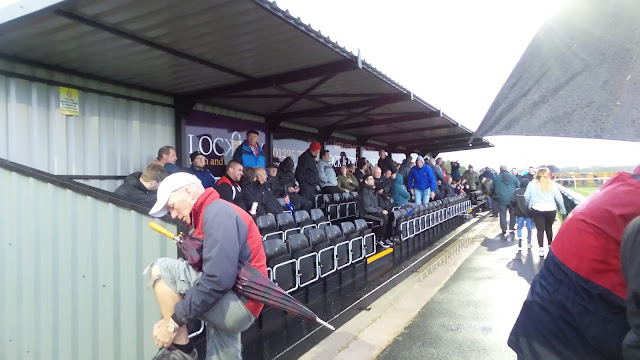 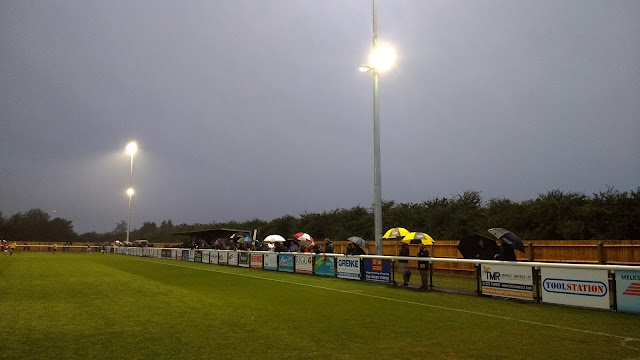 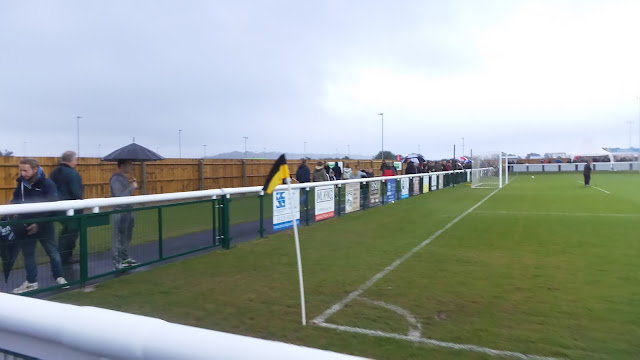 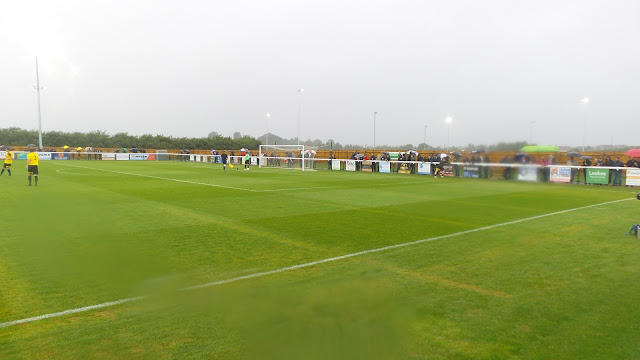