Witham Town could count Ollie Murs and Cody Mc Donald amongst their former players. They spent much of their history playing in the Essex Leagues before joining the Isthmian League in 1987. Apart from 3 years back in the Essex Senior League, they have been there every since, alternating between the divisions but never reaching higher than Division 1. Since the reorganisation of the leagues in 2004 and the introduction of the Conference North & South, the highest they have finished is last seasons excellent 4th place, which earned them an appearance in the playoffs. They reached the FA Cup 3rd Qualifying Round in 1998-99 before losing to Havant & Waterlooville in a replay. They have had little success in the FA Trophy, but did get to the FA Vase 5th Round in 1986-87. They were having a belter of a season this year too, 2nd, and with a real chance of winning their games and overtaking VCD Athletic at the top of the league.

With the end of the season fast approaching, I was keen to get in plenty of games as I knew I would miss football over the summer break. Although he wasn't as dead keen to do as many games as me, due to having kids and family to consider, he was still happy to do a couple of games every midweek. Looking through the fixtures for this week, there was quite a lot on, owing to the fact that a lot of teams had lost multiple games to the weather during a very wet winter. After working out a list of games that were in reasonable distance and would go near him on the way up (basically anything other than South) we settled on Witham Town v Harlow Town in the Isthmian 1st Division North. Luckily it was a fairly easy day at work and I was out by midday. I spent a few hours at home before leaving at 3.10. I had to wait around 15 minutes for Anwar as he had his phone on silent and didn't hear my calls. We left Aylesbury at 3.50 and after a reasonable journey was in Witham by 5.40. I had already planned to take us to Wetherspoons as they were doing their curry night and it turned out to be a good choice. I got a half decent Thai Green Curry, rice, Naan and poppadom along with a new cider called Natch for £6.49. I then wanted to go to Morrisons to get some Easter Nest Cakes for my pudding. They didn't have any but they did have some reduced Iced Fingers for 25p which were nice. From then on we walked through a park to the ground arriving at 7.15. 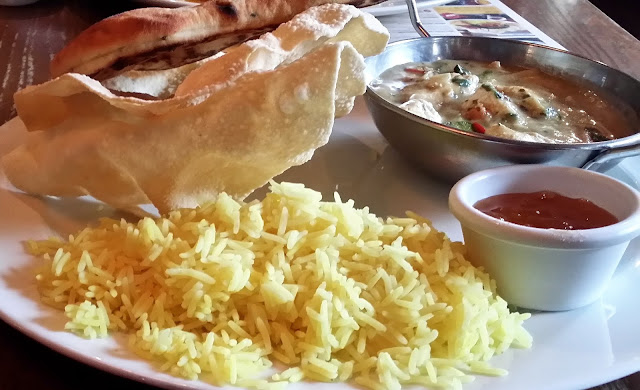 I paid £8 to get in and £2 for a programme. I went around taking pictures of the ground and bumped into a Spurs fan from the Tony Kempster forum that I go on which went down a treat with Arsenal fan Anwar. We had a good old chat before going and finding a place to stand along the side. The game kicked off 5 minutes late and the Harlow fans were in great voice. As for the Witham fans, I hardly saw any which was very poor for a team that could win the league and the local public need to get their backsides out of their armchairs, turn off Sky Sports and support their local team. Harlow started the strongest but it was the home side that took the lead after around 20 minutes when they finished from close range after a good cross. A couple of minutes later it was all square, the Harlow top scorer Alex Read equalising from the penalty spot to take his seasons tally to 45. The visitors could have taken the lead when a shot was cleared off the line but it was all square at the break. Witham started the second half well and took the lead on 47 minutes with a real screamer. But as with the first goal it was quickly equalised when the ball was bundled in from close range to level things up again, this was after the initial shot hit the bar. The home side then had a man spent off for a bad tackle and then a scuffle.  Soon after it was 3-2 after another penalty was awarded. On 78 minutes it was 4-2 to Harlow when a shot from outside the area was deflected in. They got another just before the end to make it 5-2 and a very convincing victory. Harlow are up there with Needham Market for the best team I have seen in Ryman D1 North this season. Certainly, with a man like Alex Read, whose hat trick tonight took him to 47 goals for the season, they stand a very good chance of going up. It was again a pretty easy journey home. Apart from the 50MPH roadworks section, it was plain sailing, even where they closed it down to 1 lane we were not delayed, which is strange as it was busier than usual and normally be get stuck for 10 minutes. After dropping Anwar off at 11.15 I was back home just before 11.40 and watched a bit of TV before going to bed. 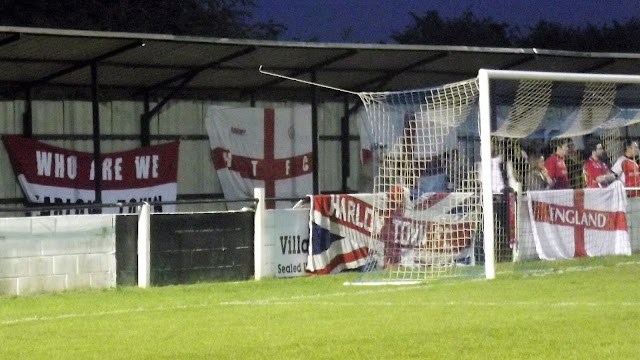 SPA ROAD is a smart and compact non-league ground. It only has a fairly small stand, holding around 150, but it has cover on all 4 sides with only a small area left open. There was no club shop that I saw and this along with an inactive Twitter could deny them revenue. Still, that's no excuse for the apathy from the Witham public. The tea bar is probably better than most at this level, though sadly there was no Bovril and I didn't go in the clubhouse. The town is a 10-minute walk away and has lots to choose from. The Wetherspoons is pretty decent, second behind only the one in Kings Lynn in the 20 or so that I have been in. All in all, another ground worth a visit and easily doable on public transport too. 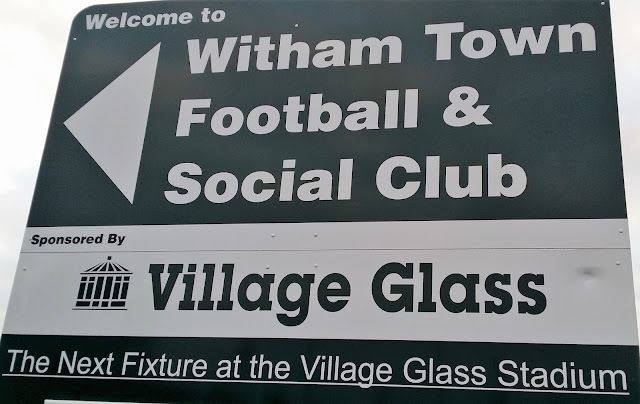 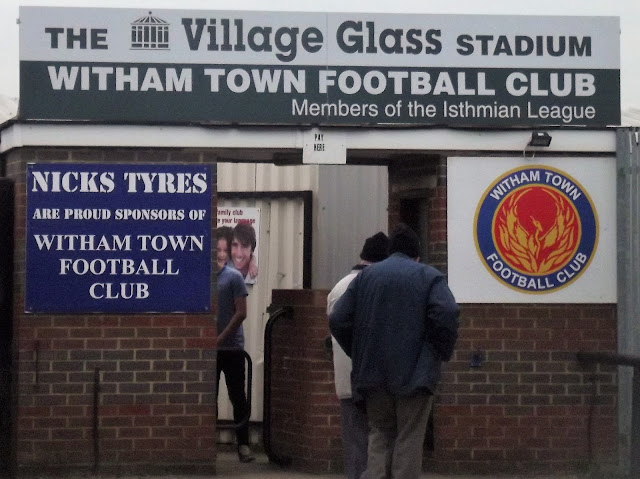 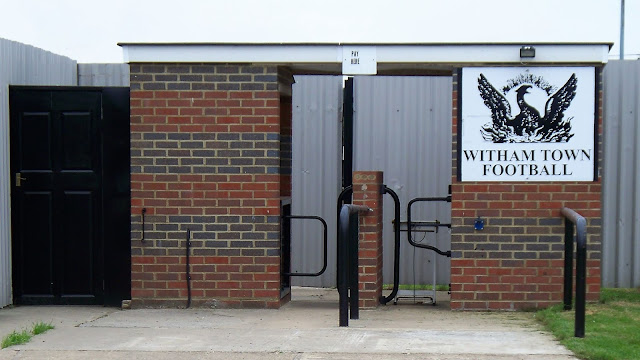 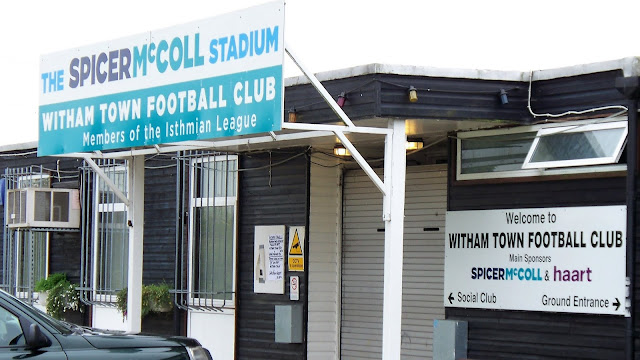 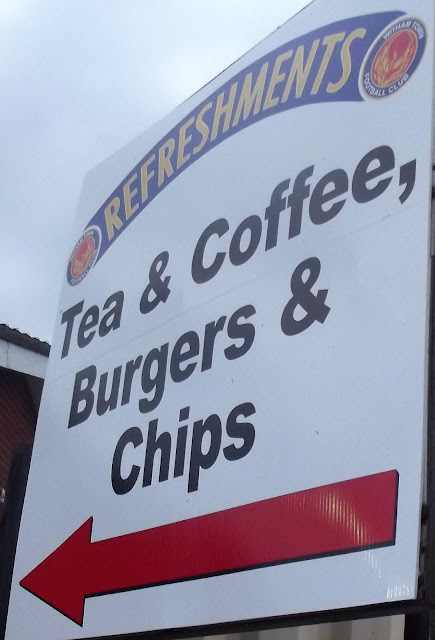 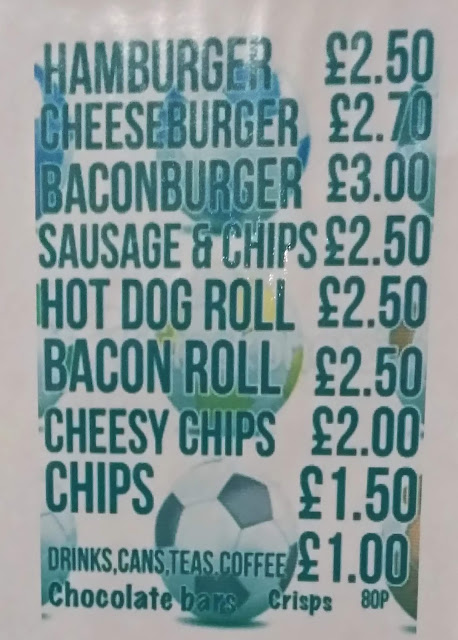 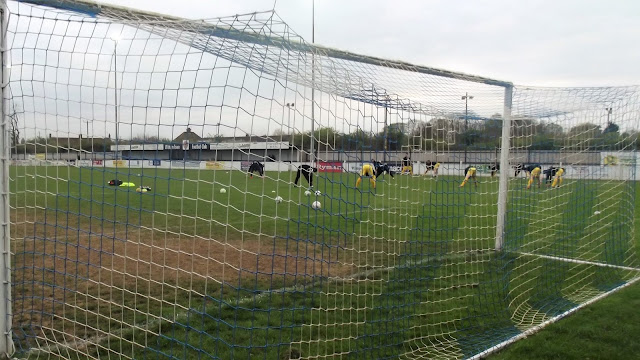 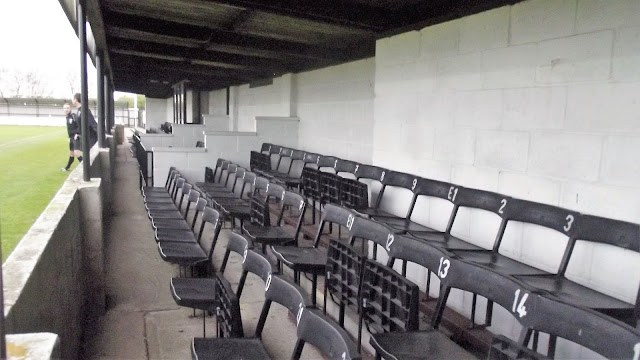 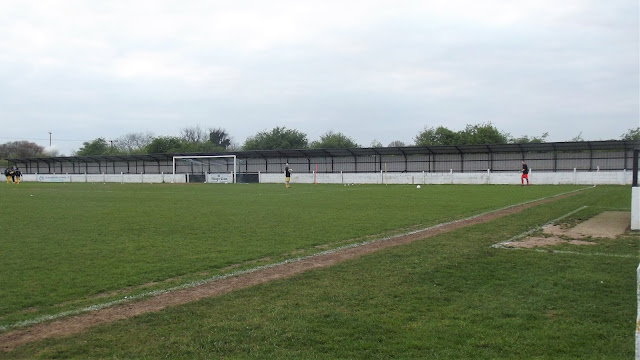 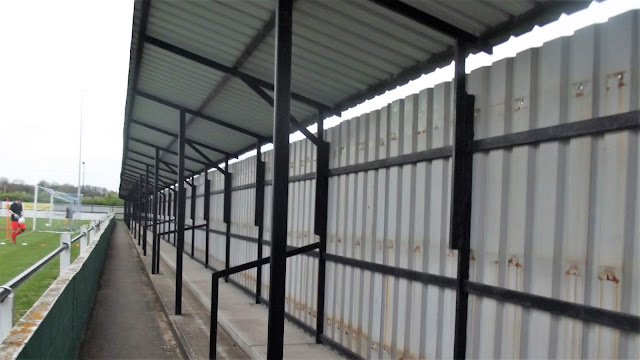 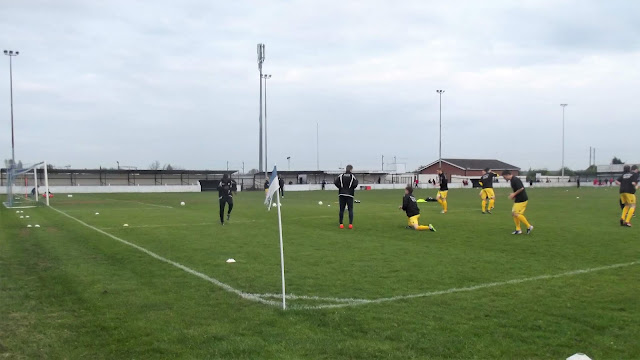 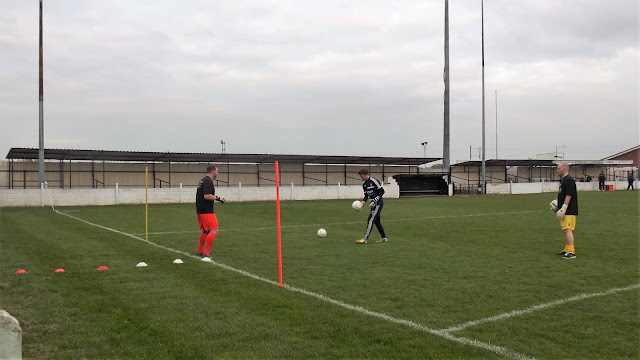 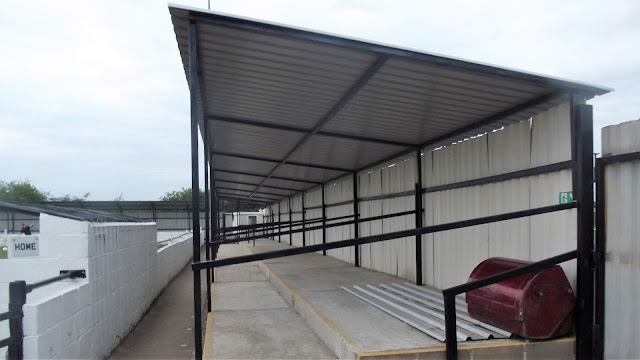 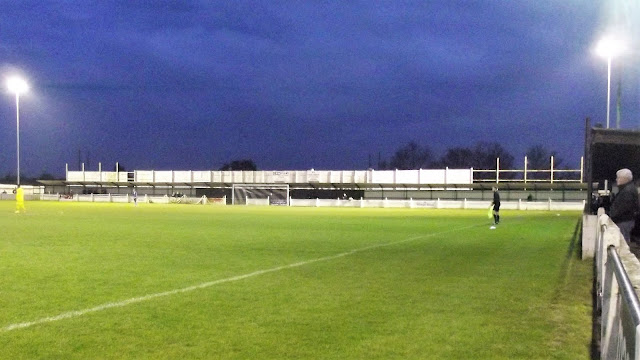