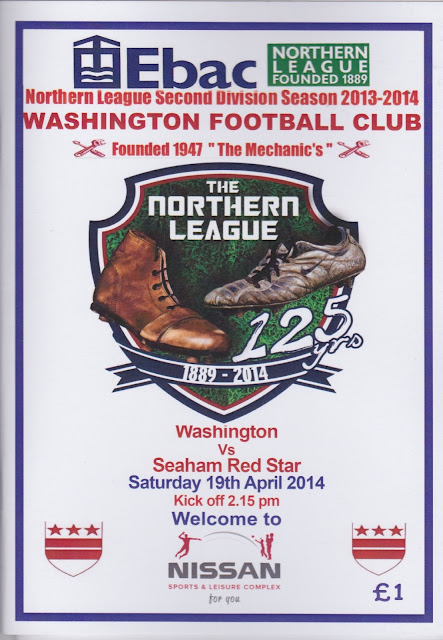 Washington FC was formed in 1947, but their history as Washington County goes back to the 1920s when they were formed as Washington Colliery by workers at the local F-Pit Colliery. in 1968 they joined the Wearside League, making the step up to the Northern League in 1988. Though they have spent most of the time since then in Division 2, they have had a few seasons at Division 1, with a best finish of 12th in 2002-03. They were known as 'Washington Ikeda Hoover' for a few seasons at the turn of the last century. Due to an arson attack on their old ground, they now play at the Nissan Sports Ground, home of defunct works side Sunderland Nissan. They got to the 4th Qualifying Round of the FA Cup in 1971 before losing out to Bradford Park Avenue, while in the FA Vase they got to the 3rd Round in 1978. They have also won a number of local cups, and at the time of the game sat 11th in the table. 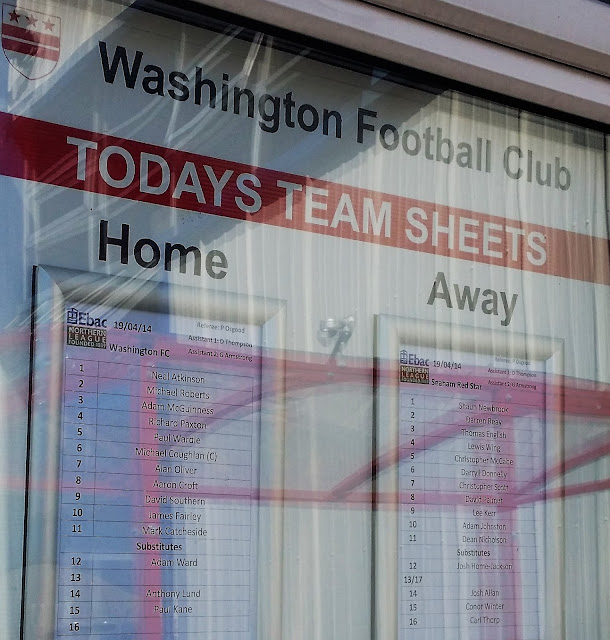 After the Jarrow Roofing game, I made the short 3 mile trip to Washington who play at Sunderland Nissan's old ground. After a bit of confusion working out where it was on the Nissan plant, I found it and parked up. First port of call after going in was the social club. Although Magners was nothing special on the cider front, I was pleasantly surprised to see it was only £2 a pint as I didn't have to drive for a few hours. I watched the Leicester v QPR game on Sky. Before the kick-off, I went to get some food in the shape of minced beef and onion pie with chips for £3. The game started slowly with neither side creating much. Washington opened the scoring on 30 minutes with a shot from just inside the area which went past the keeper on his left-hand side. Shortly after Seaham forced a save from the home keeper with their first real chance. The equaliser came in the second half with a close-range finish by the visitors' number 11 and in the end, a draw was probably the right result. 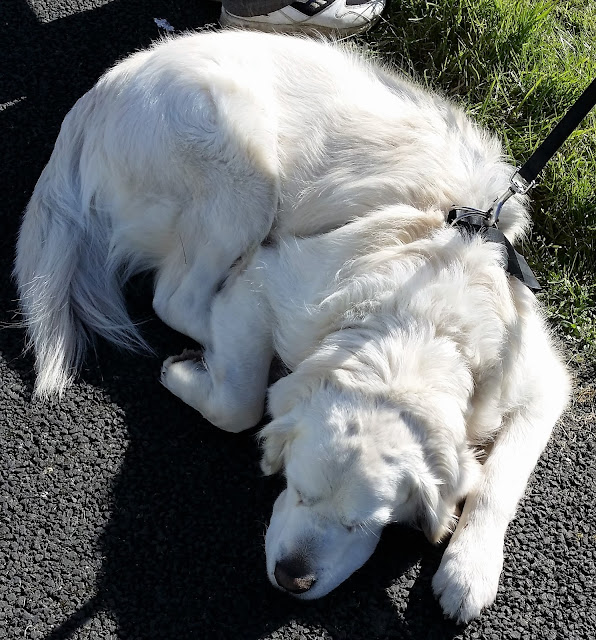 NISSAN SPORTS GROUND is set amongst the Nissan plant in amongst pleasant greenery. There is only the one stand - with seating at the back and a terrace at the front, holding around 300 in total. The best part is the bar while offering nothing special on the drinks front, it's very cheap and is also a nice plush place to drink in. There is a burger van outside which offers the usual range at reasonable prices. The ground is miles from anywhere, so it's lucky that the on-site facilities are pretty good. 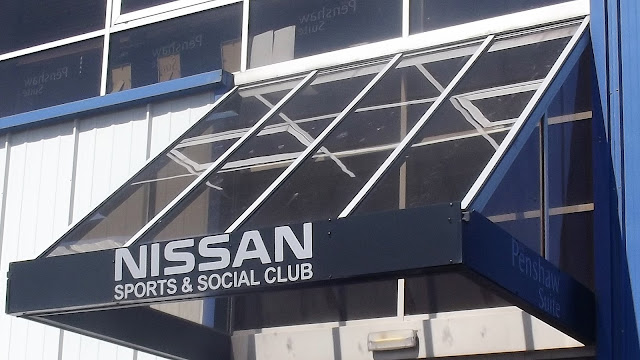 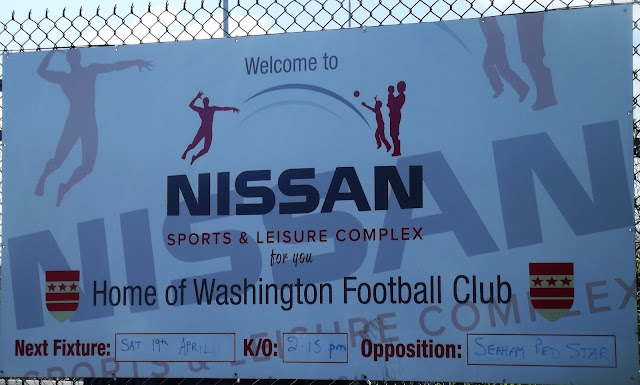 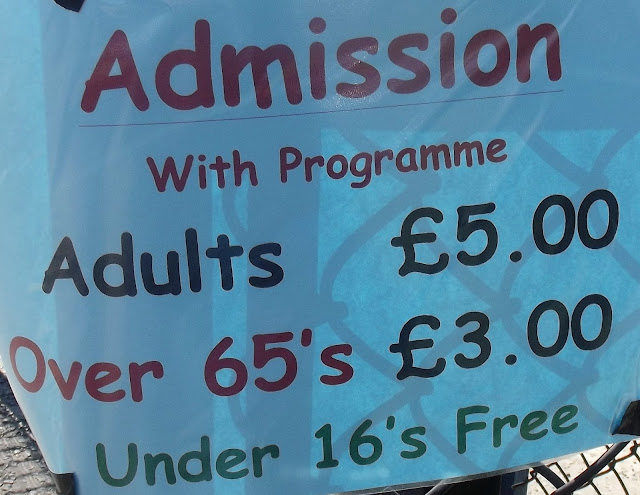 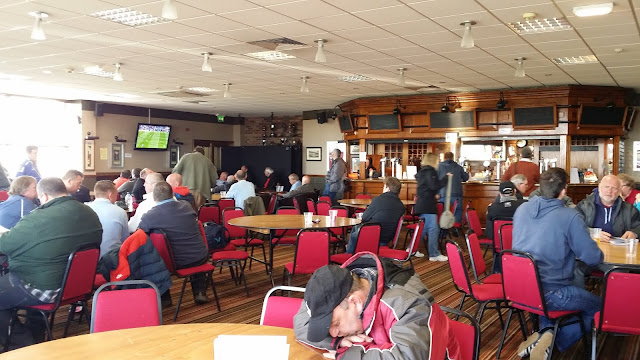 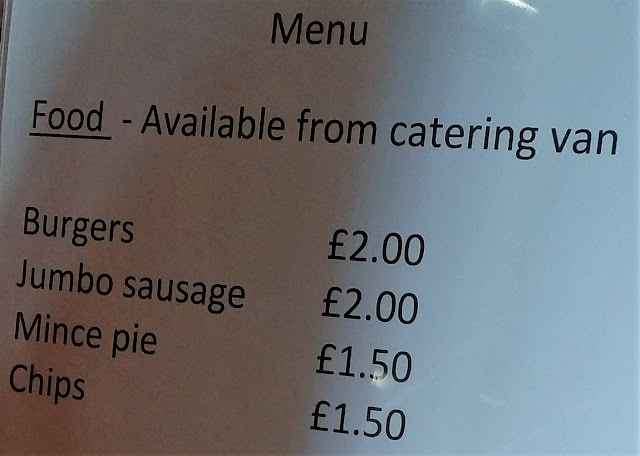 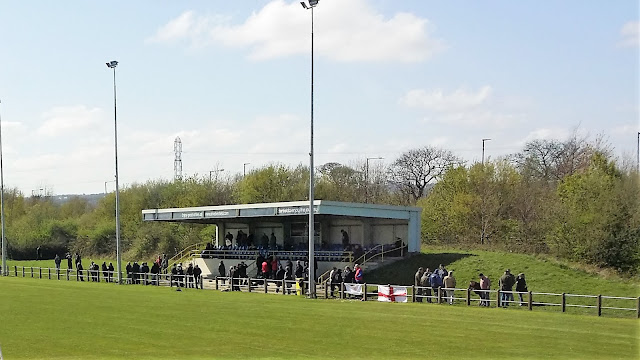 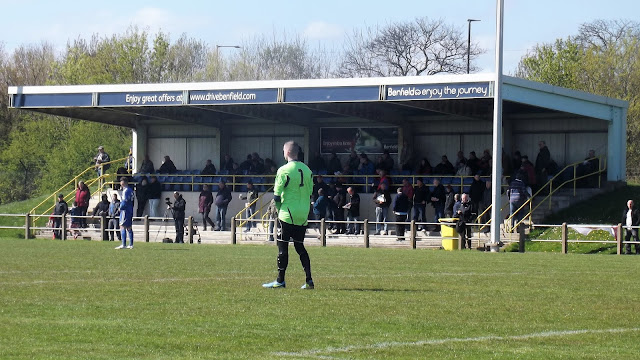 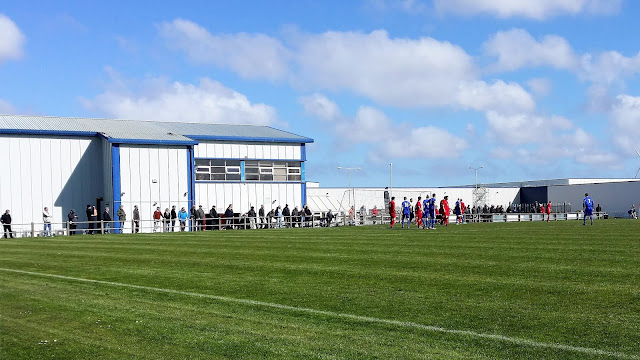 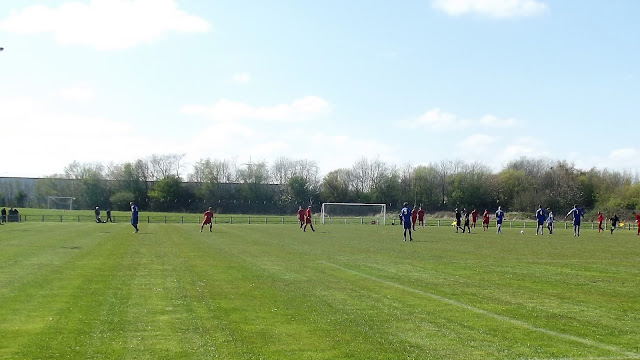