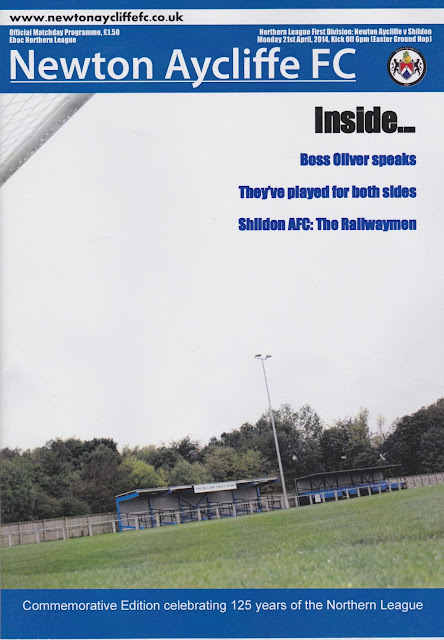 Newton Aycliffe FC was formed in 1965 and played local football before joining the Wearside League in 1983. They stayed there until 1993 when they resigned mid-season and played local football again until 2008. This time they were a lot stronger and they won the league at the first attempt. The Northern League accepted their application and they joined Division 2, finishing 9th in their first season, and winning the league at the second attempt. A solid 9th placed finish in their first season was a real tonic, and they followed that up with a safe 17th placed finish last season. They made the Preliminary Round of the FA Cup this season, their best ever in that competition. In the FA Vase, they reached the 3rd Round in 1991/92. They were in 18th at the time of play.

Shildon meanwhile were in 3rd place and with a slim chance of the title if results went their way. The club was formed in 1899 as Shildon Athletic, changing their name to their current one in 1923. They have been in the Northern League for most of their existence. They had their most successful period in the 1930s, winning the title of 5 occasions. Since then they were runners up in 2010. In the FA Cup, they have reached the 1st Round twice, most recently in 2003 when they lost 7-2 to Notts County. Like many Northern League sides, they have done well in the FA Vase. Last season they reached the semi-final before losing to Kent side Tunbridge Wells. 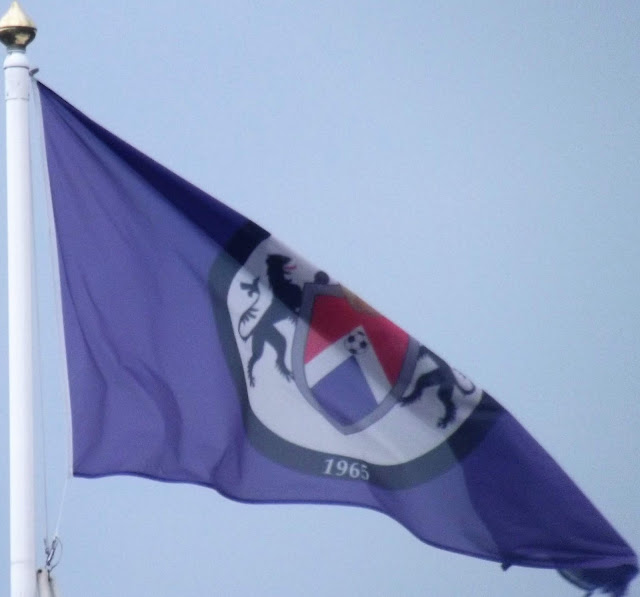 This was always going to be the choice for the 3rd game of the day, being that it was the only option open to me. I had briefly been to Newton Aycliffe's ground a few years earlier just to get pictures and was more than happy to see a game there. After seeing Blyth humbled I jumped in my car and made my way back down. The estimated time of arrival was 5.51, but luckily the Tyne Tunnel was not as busy this time and I was there and parked up by 5.45. I went straight into the ground for the 6pm kick off and said hello to Laurence and Chris who organise lots of groundhops for other leagues. I also saw the Hartlepool fan that had been on the groundhop and he was happy that his team won and are now clear of relegation. Wycombe meanwhile had lost 1-0 at Fleetwood, despite the home team being down to 10 men for 80 minutes of the game. This means that Wycombe are still deep in the relegation mire, and in what has been the worst League 2 I have ever seen must raise concerns. We now have 2 games to save our football league status and I am not overly confident, it must be said.

Newton Aycliffe started the stronger side and took the lead after 5 minutes with a goal through Hedley. The game wasn't the best and wasn't the worst, but chances were quite limited. In any case, it was all square, 1-1 being quite a recurring theme of this trip. That equaliser came from the penalty spot and was deserved for the visitors, though their slim chances of the title have now evaporated. After the game, I had planned to meet some mates, Adam and Ryan, in a pub in Darlington for a pint before I made the long journey South. I got there about 8.10 and had a chat for half an hour, and it was a nice way to end the weekend. The journey back was indeed a long one. After stopping at services a couple of times for the toilet and something to eat, I finally rolled in just short of 1am. I was knackered, a feeling which was to last throughout the week, but it had been well worth it, with some nice places seen and some great people met. 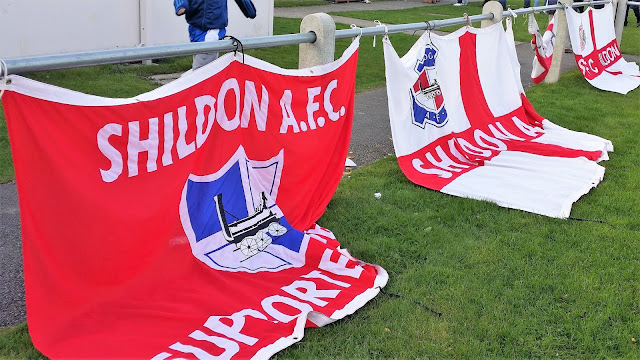 MOORE LANE PARK is a pretty basic ground, though typical of many at step 5. The 2 stands are all along one side and are of the metal type, a combination of seating and standing for around 350. I didn't use the clubhouse or tea bar, but the club shop was excellent, giving away old programmes for free. I took a few and also picked up a previous seasons shirt for £5. I will probably never wear it, but it looked nice and you can't go wrong for a fiver. 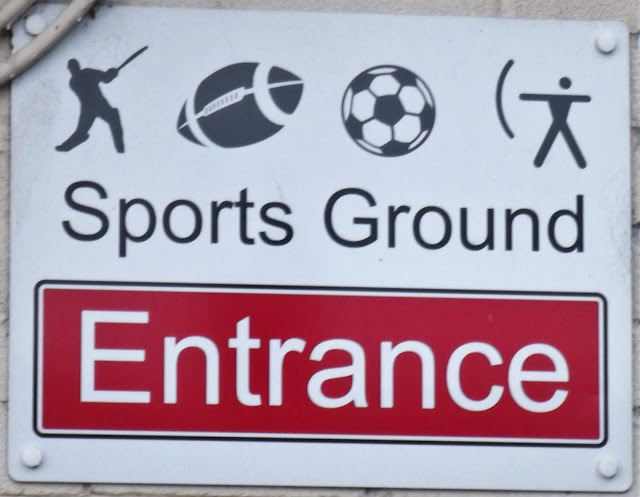 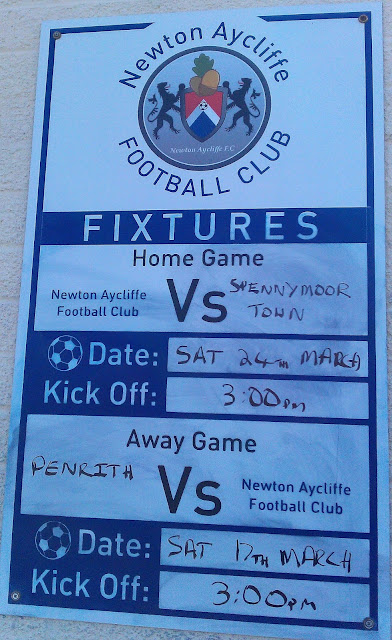 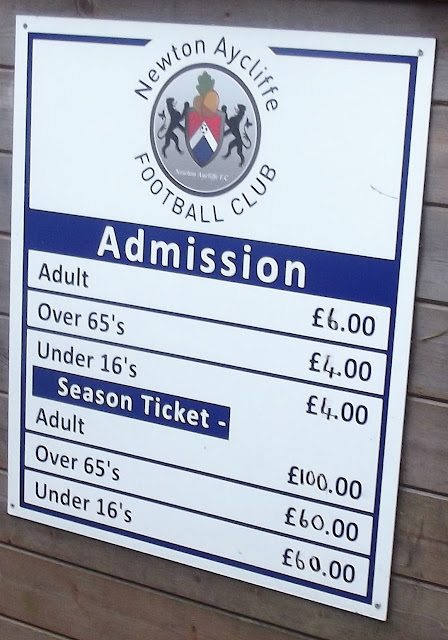 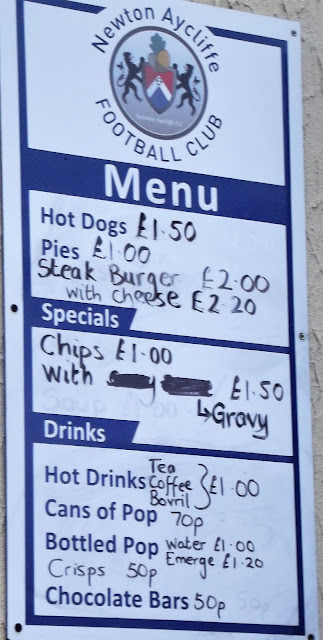 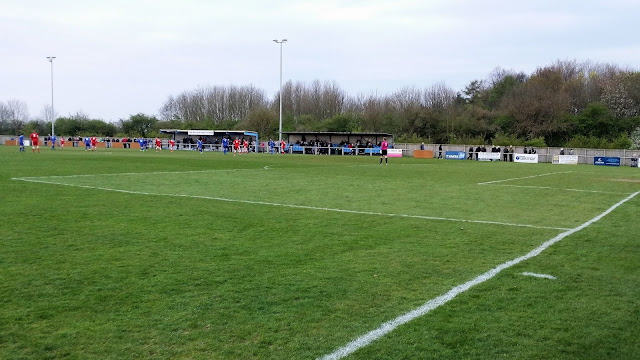 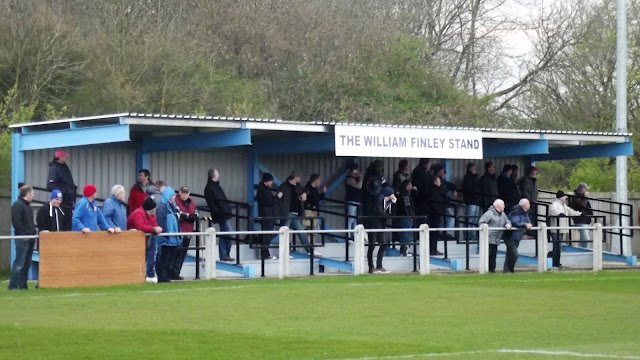 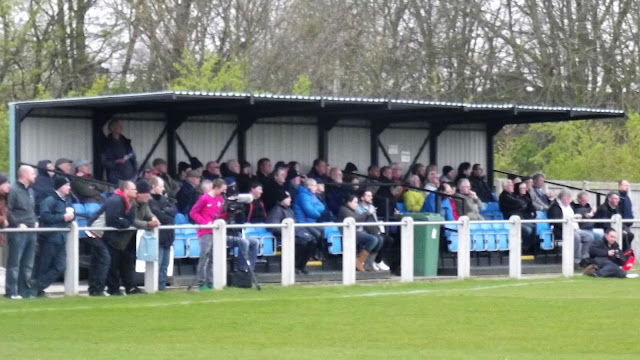 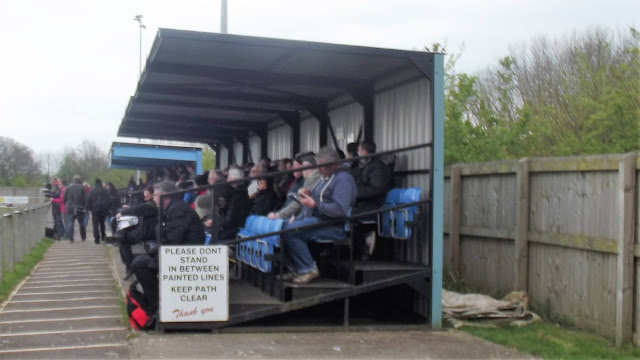 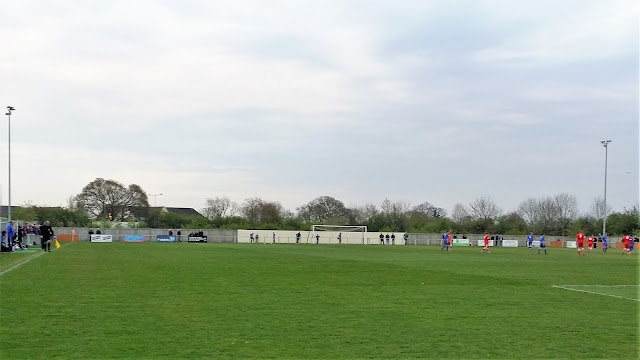 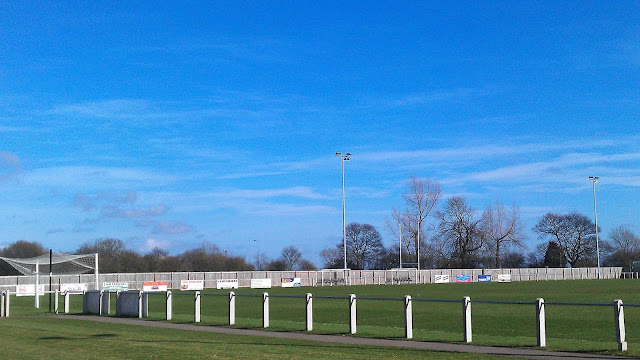 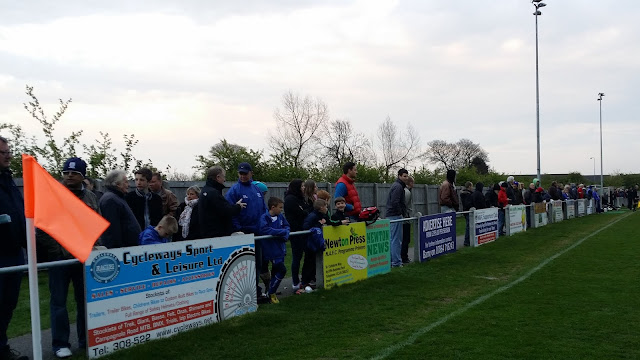 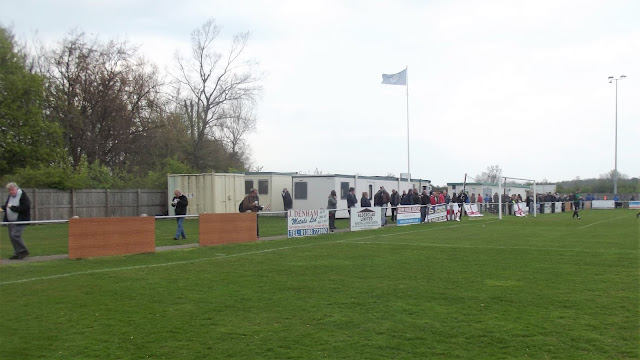