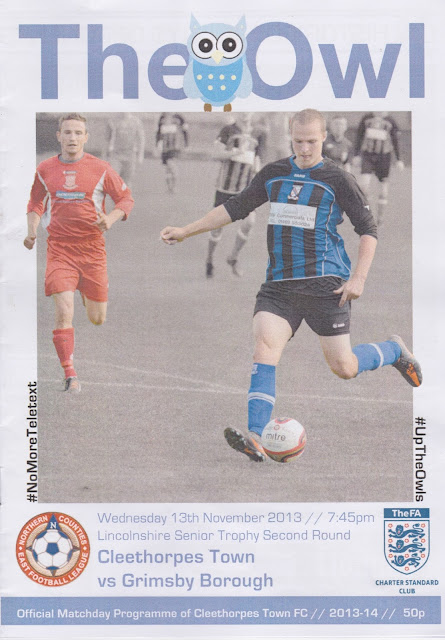 The third and final game of the week was chosen purely to meet the many fans I had made in Grimsby, probably about 30 in all, a few of which I am really close to. This is easily the biggest representation club wise, apart from Wycombe obviously. I have no friends from their hated rivals Lincoln and Scunthorpe, or the Gimps and Scunts as they are better known. I had met some of their fans on multiple occasions, lastly at Hyde in August when Grimsby won 1-0 in a game live in BT Sport. Or to be more accurate last night when I watched Gainsborough Trinity lose 1-0 to Boston. I had been staying up in Cleethorpes the previous night and woke up about 8. I got showered and went down for a delicious cooked breakfast. The bed and breakfast that I was staying at had brilliant ratings on Trip Advisor and they turned out to be spot on. The room was really nice and the couple that ran it were really friendly. I relaxed in my room until the checkout time of 11am. I still had time to kill before meeting William at 1 so I had a look round Cleethorpes for a bit, before setting off for the short drive to his house. We went into Grimsby for a bit and also up to the ground so William could book his coach. I also got a few pictures of a stadium that I had not visited for well over 6 years. It hadn't changed a bit to be honest. I wasn't a fan of going to Blundell Park to be honest. I followed Wycombe home and away for 7 whole years and we always seemed to play them year on year and it was boring going back to the same place. I didn't have the benefit of Facebook or indeed Google Maps which would have encouraged me to explore further and find some better places that were in the immediate vicinity of the ground. After being glad to get some new places to go to when they were relegated, I am now getting annoyed that we have not played them for 5 years as it would give more opportunities for meetups. 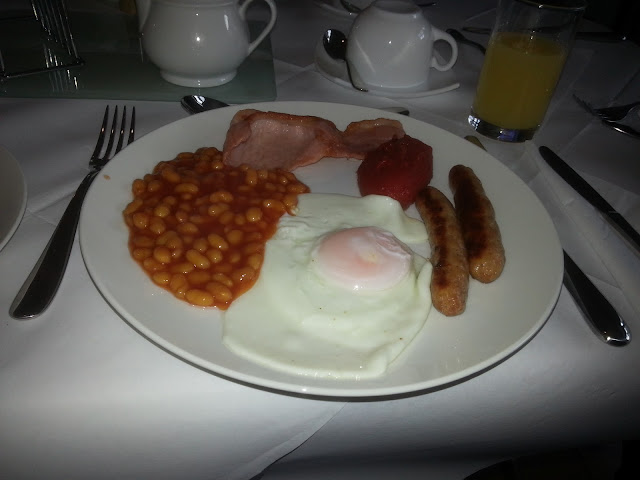 We filled the time till 4 when we met John who had just finished work. With little else to do, we headed to the pub and with me parked up until 10pm I was able to enjoy a pint as it was right near the ground. It was still only just after 5 and not wanting to go too mad with the drinking, John suggested that we go over and see another Grimsby fan, Aaron, who we were assured by John only lived a 20-minute walk away. An hour and a half later we had walked around 4 miles across fields to where he lived, to see if he was coming to the football. He was bathed and ready for bed, so wasn't coming but we still ordered a taxi back as it was getting on for 7pm by then. We got dropped back near the pub and got some dinner. I had some spicy chips which were really nice. I'd not had them since going to Hull a few years back and it was good to have them again. We got in the ground about 7.30 and met up with John's brother Tom, who I had met twice in the past and it was good to catch up. I also met Lewis and Kieran for the first time too and as ever with the Grimsby faithful, they were top lads. I also bumped into Estuary TV's Stu Cox, another great person and he did a brief interview with me on why I had come to the game. I also got a picture with Cleethorpes' cuddly Owl mascot, a trend I hope to continue after getting the idea from fellow Facebook friend Chris who has a whole album on Facebook dedicated to this sort of thing. 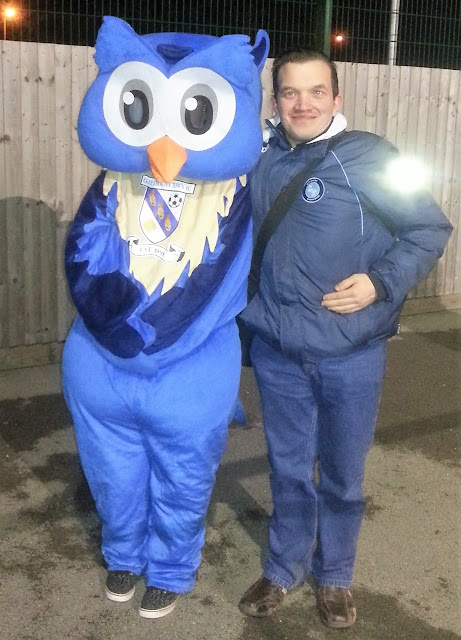 Both teams were formed very recently. The home side Cleethorpes Town came into being in 1998, and Grimsby Borough even later than that in 2003. Both had made significant strides to progress to the level that they are at. They both shared the same ground - the Bradley Football Development Centre, located in a part of Grimsby a couple of miles from the town centre. Cleethorpes were top the league at this point and with Borough down in 15th place it was going to be a tough ask for them to win, especially with Cleethorpes having by far the better record of the clashes so far. As for the clubs themselves I had been talking to Grimsby Borough on Twitter and they were most helpful. I also saw that they had a club shop with a range of items that would put some football league sides to shame, sadly as it was Cleethorpes home game, I wouldn't get to see this in action, but I could order by post. As I didn't recognise many of the players. I have pasted the report from the Grimsby Borough website below, and also added a couple of videos that I took during the game.

The Newby Leisure sponsored Grimsby Borough were for the second time this season the away team at home as they faced Cleethorpes Town in the Lincolnshire Senior Trophy at The Bradley FDC. 79 people less than last time were inside the FDC for the derby fixture on a chilly night, the crowd saw a very similar game once against.Borough began the game against a slightly weakened side from the Owls who are in FA Vase at the weekend. This showed as after just two minutes top scorer Louis Grant drilled the ball under Miles Fenty in the owls goal to give Borough the lead. It's look only ten minutes for the owls to equalise, the same time difference as in the other clash this season when Jack Richardson caught onto a rebound from keeper Brad Beattie. Despite an a physio appearance by Ken Vincent on the pitch Beattie was able to continue, this proved this be a huge factor later in the match. It's was only moments later when their were appeal from the home dugout after Jack Richardson was taking down in the box, no penalty awarded. The second half began with a change from the beginning, right before the half time whistle Josh Fuller entered the field of play after Louis Grant appeared to suffer an ankle injury. Early in the half Cleethorpes made a sub of their own bringing on Jonathan Oglesby, this proved vital as he struck the next goal from a free kick. The hosts then once agiant were appealing for a penalty after another Beattie take down, once again it was not awarded. However they were awarded a penalty shortly after, this proved the be ineffective as keeper Brad Beattie got down fast to save meaning he has saved his second consecutive penalty. Unfortunately Borough were unable to take any further opportunities as defeat was seen against a side which lined up with 14 ex Borough players in their 16 man squad. The Newby Leisure Man of the Match is Brad Beattie who has received the award in three out of the last four games.

After the game was over there were plenty of handshakes as I said goodbye to great mates and prepared to face a gruelling trip home. It was especially disappointing to say goodbye to John, Tom and William who I knew really well by now and who I wish I could see all the time. I dropped Lewis off who lived a few miles away before saying goodbye to William and setting my sat nav for home. I had a couple of options - take the first choice route home via the motorway or save myself 30 miles by going via 'A' roads. I opted for the latter as I knew I could make up the time by putting my foot down where safe to do so. I was in a great mood and was singing all the way down the road as I was still buzzing from a great day. Luckily for others, no one heard my terrible singing as it was only me in the car. I'd saved around half an hour by the time I'd got to Lincoln, thanks to reported delays not happening. However a closure of the A46 near Newark (the only UK town that I know of that is an anagram of 'Wanker'). That was quite appropriate as a poorly signed diversion caused me to travel 7 miles in the wrong direction, before eventually turning back and heading down the right way. It was disappointing that my sat nav with its live traffic info did not reroute and the damage had been done with me losing the time I had made up and adding extra miles and cost to my journey. A further closure on the A1M meant that I had to get off and go cross country via that vile concrete carbuncle that is Milton Keynes with their franchised football team. After going through Aylesbury I was on the final straight and eventually got in just after 2am. I could have got in nearly an hour early had it not been for the road closures and it had cost me well over £100 for the 2 days. But it was worth every penny and every mile to see good friends, and I can see myself returning sometime in the future. 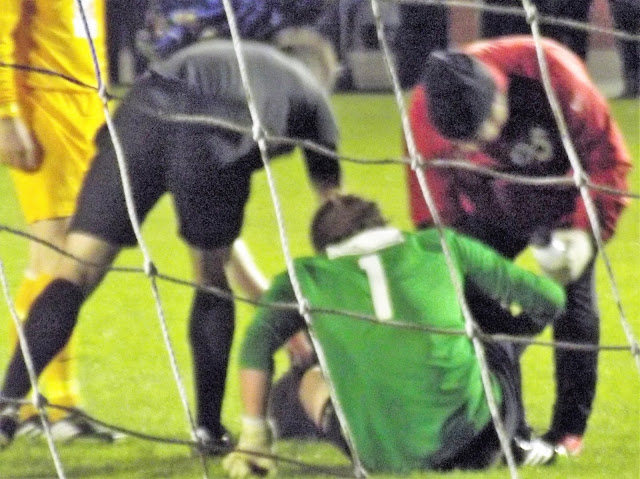 THE BRADLEY FOOTBALL DEVELOPMENT CENTRE is a really new stadium and as well as providing a home for 2 football teams it also provides a hub which the whole community can use with function rooms and several football pitches and other facilities. It's a refreshing change to see the authorities helping their clubs out, rather than other scumbag councils that continually thwart and block their towns teams the chances to progress, then have the cheek to jump on the bandwagon wagon as soon as a good cup run or other success happens. So great credit must go to Grimsby Borough Council in that respect. 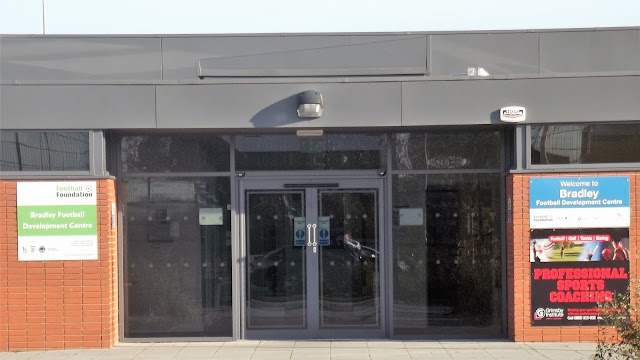 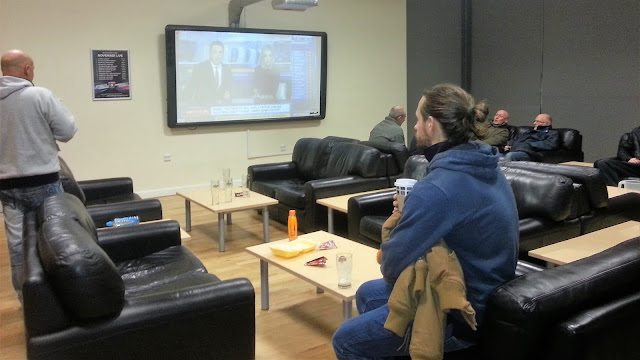 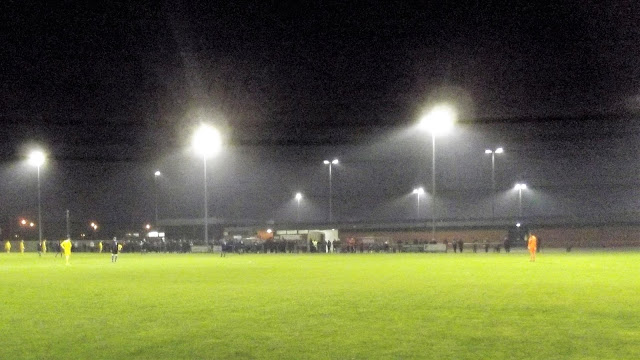 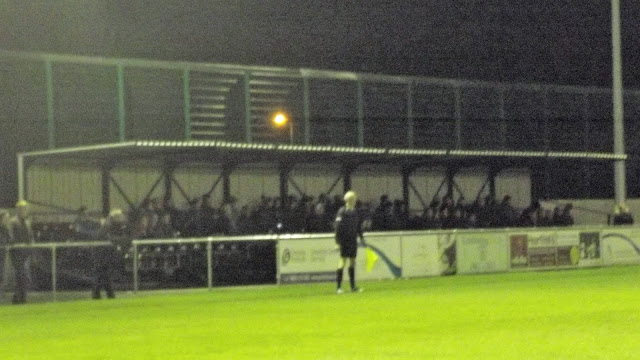 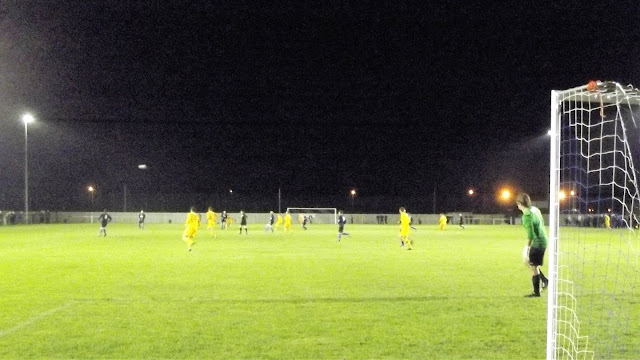 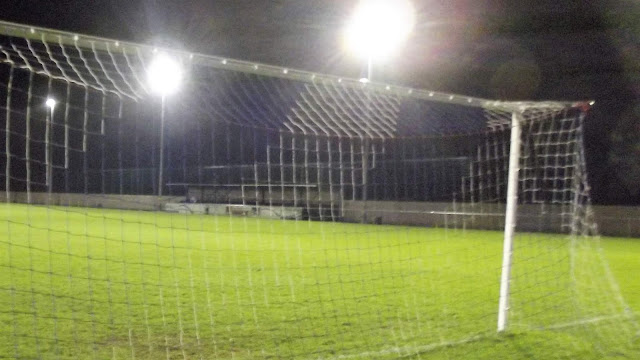 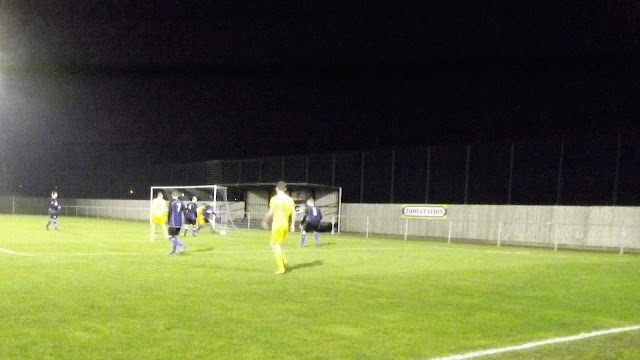 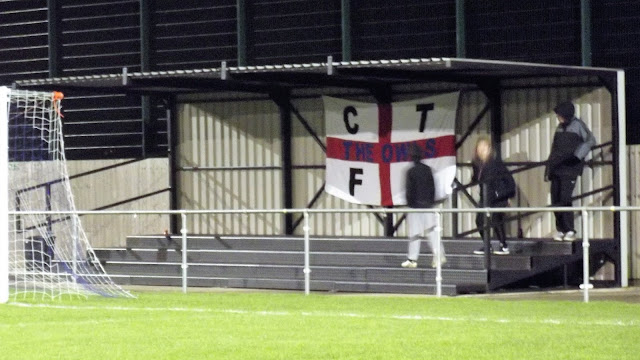