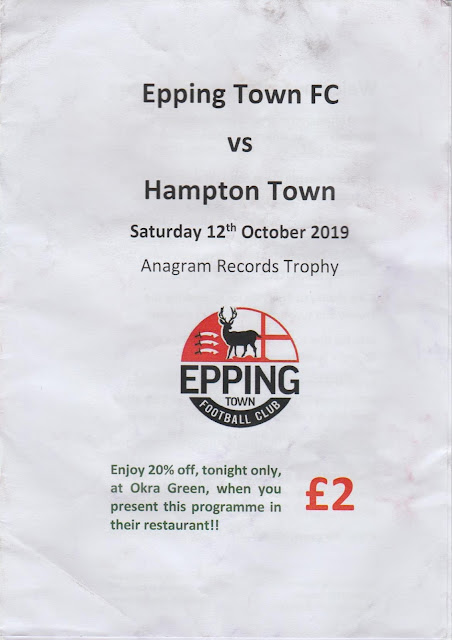 The original Epping Town started out in the Spartan League in 1936. They joined the London League in 1955, of which they were champions in 1964. Spells in various leagues followed, including the Metropolitan League which they won three times in four seasons between 1971 and 1974. They then spent three years in the Athenian League, winning promotion from Division 2 in 1976. Finally, they joined the Isthmian League in 1977, playing in Division 2. They generally struggled, the highlight being a 9th place in 1979. The club folded midway through the 1984/85 season, due to financial difficulties. They enjoyed a good run in the FA Cup in 1973, beating Corinthian-Casuals, Hounslow & Maidenhead United before losing out to Chelmsford City in the 4th Qualifying Round. They reached the FA Vase 5th Round in 1977, losing out to East Ham United after a replay.

The present Epping Town club was established in 1976 as Coopersale. They joined the Essex OIympian League upon formation and had a number of unremarkable seasons before they were relegated to the second tier in 1982. Results failed to take much of an upturn and in 1989, they suffered a further relegation to Division 3. 1992 saw a name change to Eppingsale and results gradually improved. By 1998, they finished as runners-up to Shell Club and were promoted to Division 2. The following year, they changed their name to Epping and were Division 2 champions in 2002, returning to the top tier. They achieved a best-ever finish in 2010, finishing 5th in what was now called the Premier Division, which sits at step 7 of the non-league pyramid. However, this was followed by a tricky few years for the club and they tumbled down the leagues, suffering three successive relegations. By 2013, they were back in Division 3, but results failed to improve and in 2016, they left the league for a season. Rejoining in 2017, they started out in Division 4. The club changed its name to Epping Town in 2018. After finishing as runners-up last season, they were placed in Division 2 for this season and are taking full advantage of their elevation, sitting top of the league having won all four games. Local cup wins include the Danny King Memorial Cup in 2006. 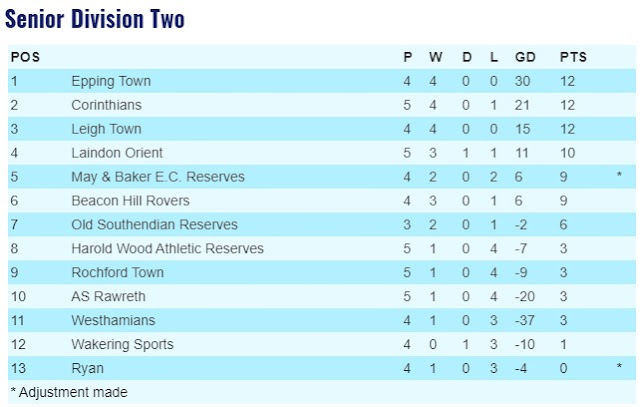 Non-League Day was celebrating its tenth anniversary on this day, but originally I thought I’d be heading to Ipswich Town v Wycombe Wanderers for my first Chairboys away game of the season. However, the match was called off due to a few Ipswich squad members being called up for their countries. Whatever the rights and wrongs are about giving certain clubs special privileges, I wasn’t too fussed as it meant a day out in London. Within twenty minutes of the call-off being announced, I’d booked tickets to go and see one of my favourite bands, The Lancashire Hotpots in London on that evening. I needed a game to go with it and drew up a shortlist. Games at Punjab United and Seaford United were considered as well as a game in the Anagram Trophy at Epping Town. In the end, the former was missed due to the high admission price - £8 at step 6 is ridiculous and even though it would make no difference to me financially, it’s the principle that counts. Seaford was just that little bit too far to make it back to London in time, so Epping won out. It had the disadvantage of a 2.15 kick-off and with me having earmarked a nearby pub for lunch and it being a 2.5-hour journey from home on public transport, it would mean an early start. Perhaps not the best tactic to have a late-night before then, following a game at Parson Drove and delays on the way back, I stayed up for a couple of hours to complete my blog. It was nearly 3am by the time I got to bed and I slept all the way through until my alarm went off at 8.30. 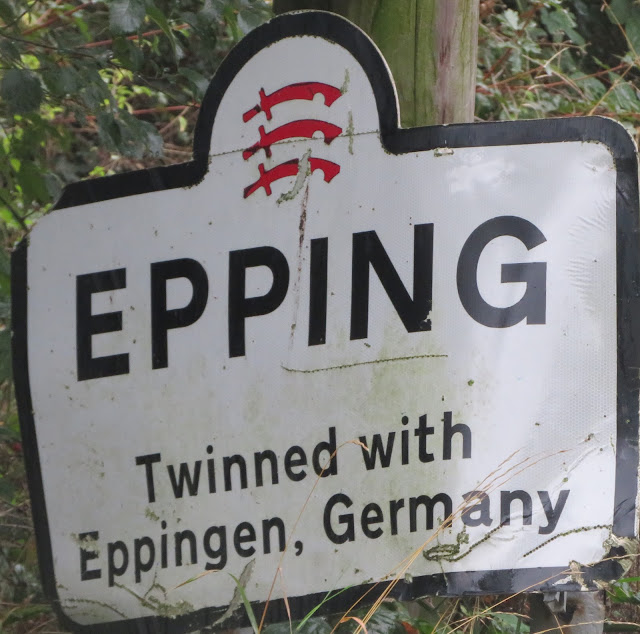 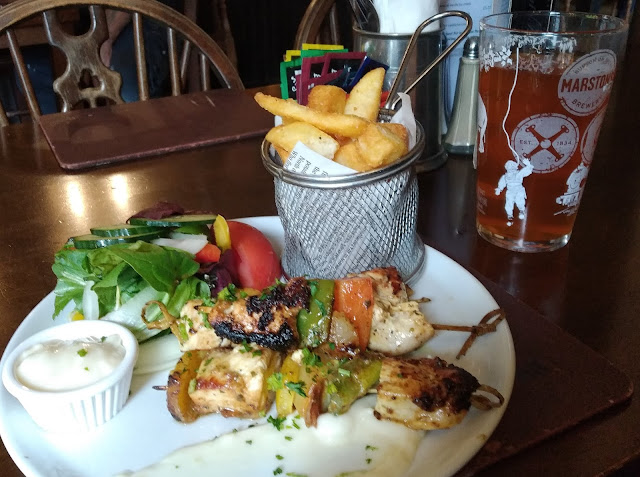 I was pretty quick off the mark, getting washed and dressed and grabbing a kit-kat and satsuma for breakfast before heading out of the house, little more than twenty minutes after waking up. I stopped at the local shop for a paper and had a bit of luck with the bus, only having to wait five minutes for my bus to Amersham which was £3.80 single fare. It was then a quick stop at Subway for further sustenance. Again, I had luck with public transport, arriving to a busy platform was a good sign and a train was with me within a few minutes, rather than the half-hour I sometimes have to wait. I got the Chiltern to Marylebone, the Bakerloo to Oxford Circus and finally the Central to Epping. I was at the station about 11.30 and was met by unexpected drizzle. It was a fair old walk to the pub, around two miles and past the ground, in fact, so I took the option of checking out the ground. The expected cover was missing and the goals were absent, but the pitch appeared fine. This was good news with other local games falling and the lack of Twitter updates from the club. I made my way to the Theydon Oak and was initially disappointed. Despite a big range of real ciders, they were only from two producers and I’d had them all before. My first choice was out, so I got a pint of Orchard Thieves from the bar whilst I perused the menu. In the end, I selected something off the specials board - Chicken kebabs, chips and salad. This was fairly healthy by my standards and tasty too - unusually for me, I even eat the salad. I was concerned about my own game with my backup at Newbury Forest being called off but I was feeling better after my second pint - Lilley’s Wild Dog. I was reassured when Epping Town tweeted positive news, eventually leaving the pub around 1.35. It was a precarious walk along a road with no pavement again, but thankfully, it wasn’t that busy. 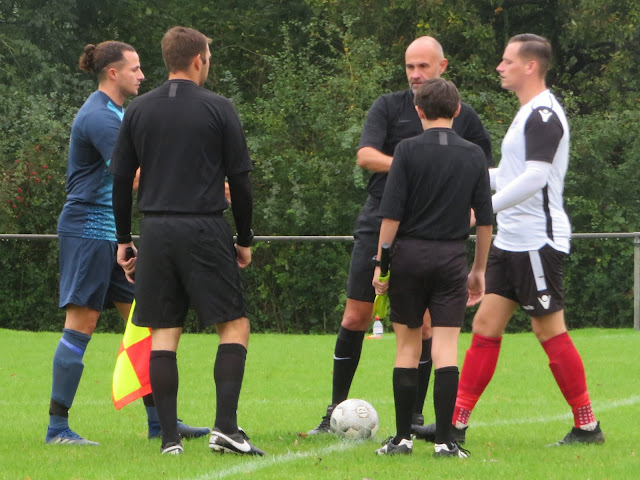 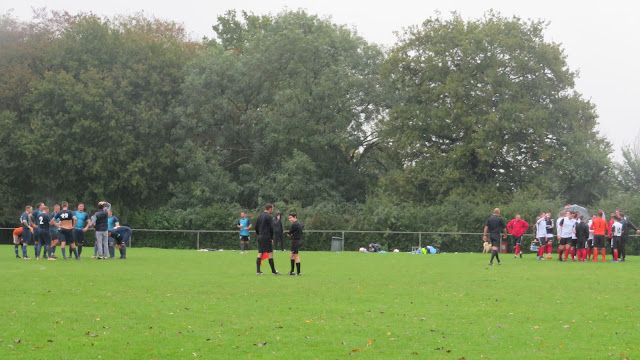 I got to the ground around 1.50, reassured to hear the players warming up. A basic programme was purchased for £2, but it was more of a donation to the club than a purchase. It had turned out a more expensive day than I'd thought with me deciding to attribute half my meal costs and a pint to my football costs, but I was enjoying my day. Chances fell to both sides in the early stages, the Hampton keeper making a good save from a free-kick. The Epping keeper also made a good reaction save from the Hampton #7 at his near post but the same player made no mistake with his second chance on 14 minutes, finishing well from just inside the area. It was 2-0 after 21 minutes, hesitancy in the home defence allowed a Hampton man to finish from close range. A succession of corners saw Epping try to get back into the game but a well-worked free-kick by Hampton meant the game looked over after half an hour. Epping pulled one back after 43 minutes, Daniel Garfinkle getting enough on his shot to take it past the keeper. The hosts thought they'd pulled another one back soon after, but a header from a cross was cleared off the line. At the other end, the Epping keeper made a good save from point-blank range to keep his side in it. There were chances aplenty for the hosts at the start of the second half, but none were taken. In fact, they pretty much dominated the second half, having a goal ruled out for offside after an hour. A lovely strike from left-back Bradley Gayer finally reduced the arrears with 15 minutes to go as he fired home from outside the area. On 84 minutes they scored an equaliser that had seemed so unlikely earlier in the afternoon, a square ball found Dagyaren Taner who finished emphatically from six yards. Epping continued to press for the winner and it was only a great save from the keeper that prevented them from getting it in normal time. I was glad when the game went straight to penalties, Hampton eventually prevailing after a dramatic afternoon of football.


It had been a great afternoon’s entertainment for the 30 or so in attendance, even if the weather wasn’t playing ball. It was around 20 minutes walk to the station with a train there waiting for me. It took around five minutes to leave and was pretty busy with groups heading up to London for the night. After a couple of changes, I was at Charing Cross by 5.45. The place was complete chaos what with Extinction Rebellion in situ and several sets of roadworks. With me coming out a different entrance to usual, it was confusing and it didn’t help that several places were blocked off. Eventually, I found my intended place, The Harp Pub. Even if it was rammed and the prices had shot up since my last visit, it was still wonderful. Pints of Duckchicken Gigglejuice and Ross Citrus Dry Perry were enjoyed whilst I caught up with life. I got some food at Taco Bell before heading to the concert venue, arriving just before 8. A good evening was had with a few drinks although not too many as I was fairly sober when I left. With little else on offer, I headed for home. Annoyingly, all the online taxi services were unavailable and some that I rang wanted £30 for a six-mile journey. I eventually found one for £20, though as ever, there was a wait. Nearly an hour, in fact, meaning I got home at 1.30, spending an hour watching TV before going to bed. 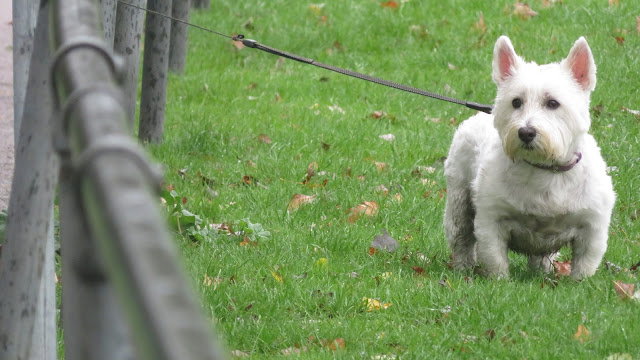 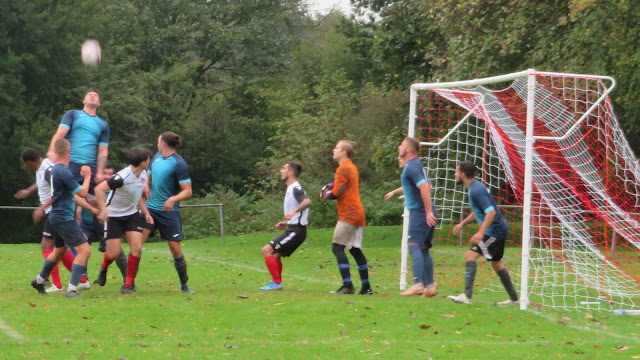 STONARDS HILL RECREATION GROUND is a fairly basic setup with just a railed pitch and a small section of uncovered terracing. There is some shelter available under trees and the ground is located in nice surroundings. The town is around 15 minutes walk away whilst the pleasant Theydon Oak pub is around 10 minutes walk away the other way. 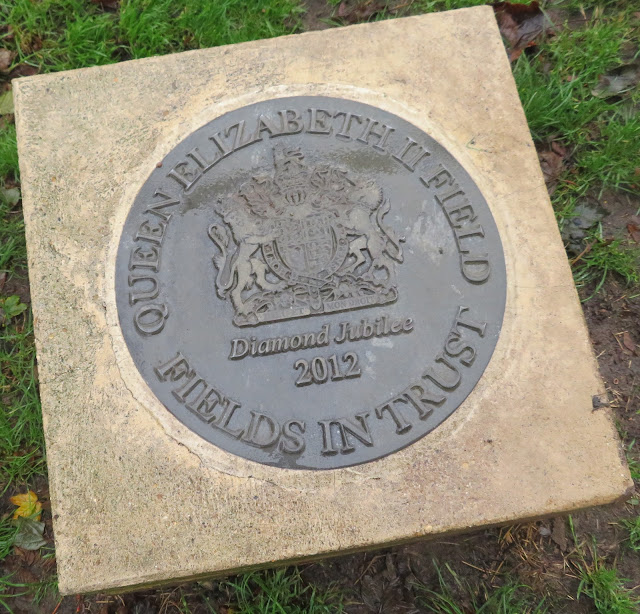 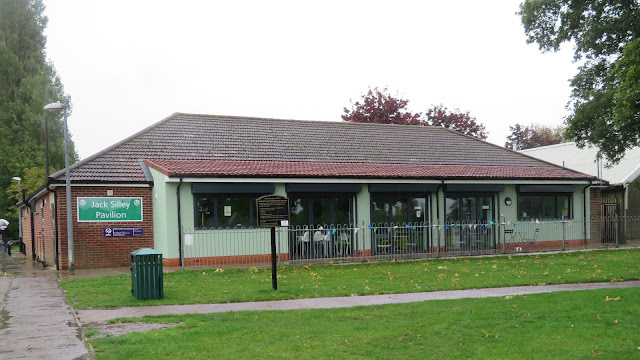 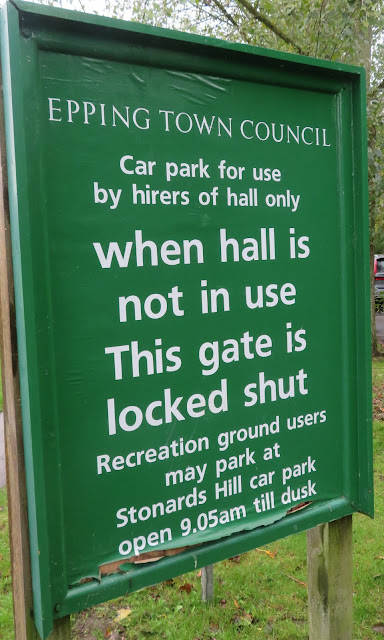 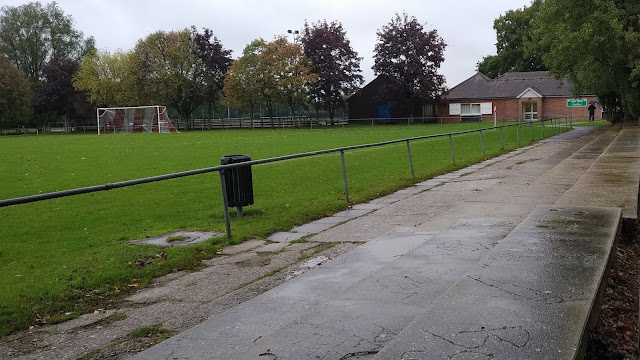 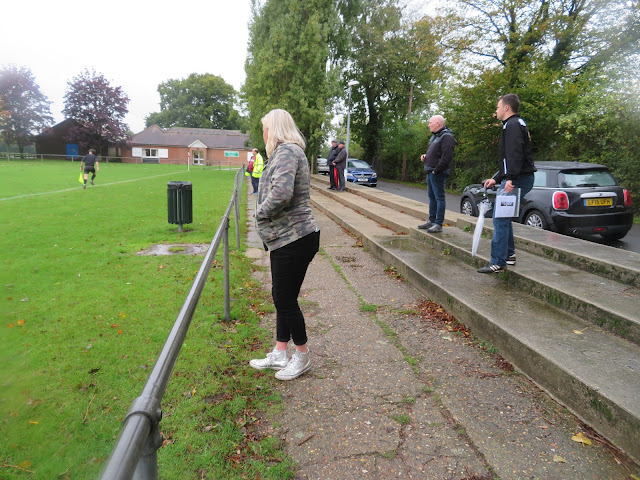 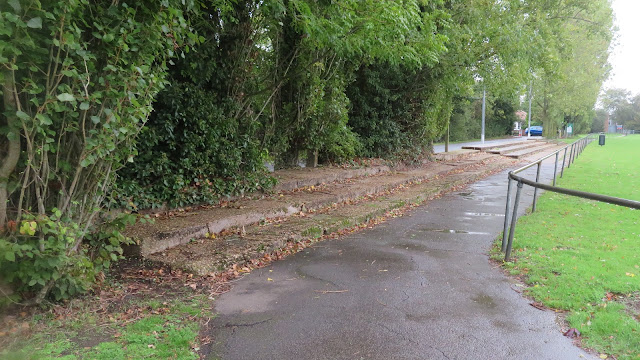 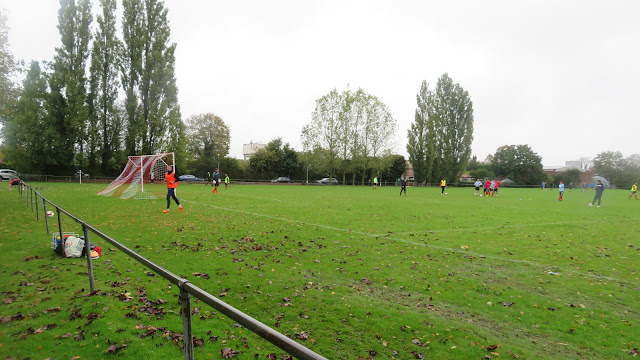 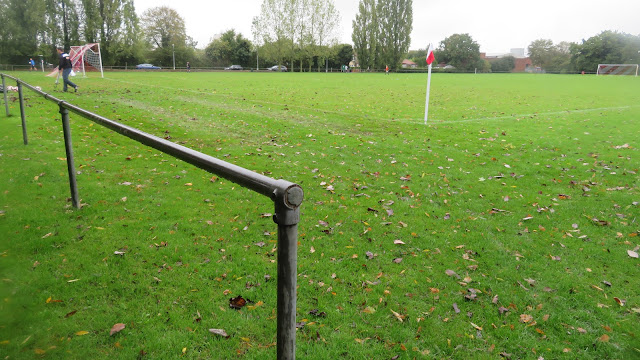 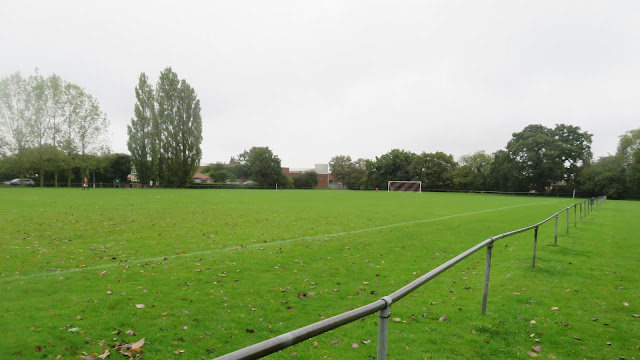 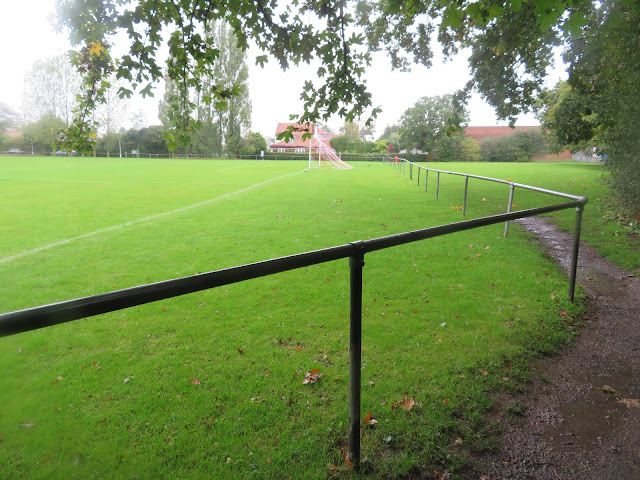 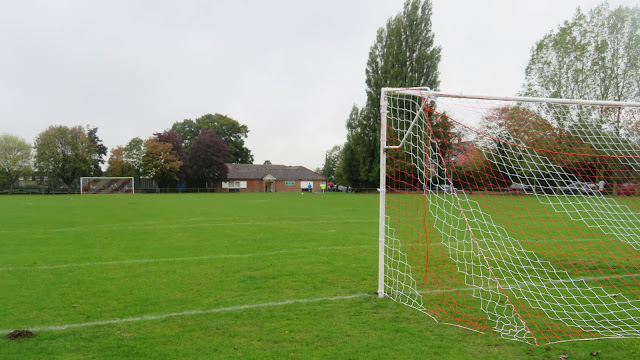 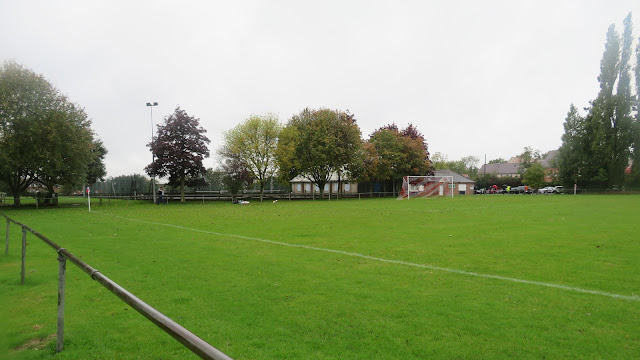