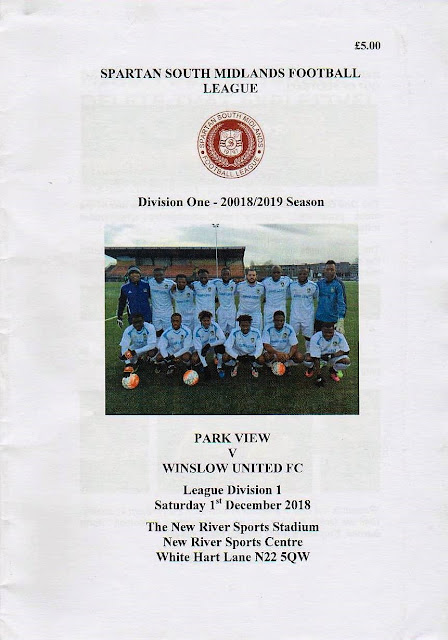 The club was established in Tottenham in 1991 and at first, played only friendlies. They draw a lot of their players from the Ghanaian community in London and as a result joined the Ghanaian Football Society League in 2003, winning its Premier  Division in 2006 and 2007. After their second win, they joined the Middlesex County League Division 1 Central & East, winning it before leaving the league. Spells in the London League (winning its Premier Division in 2011 and 2012) and the London Commercial League (winning Division 1 in 2012) before they made the switch to the Amateur Football Association. They were a huge success here, winning three titles. Park View reverted to standard FA football at the start of last season, joining the Spartan South Midlands League Division 2, where they were champions in their first season. This season has seen the positive progress continue and they sat 6th in the league prior to today's game. 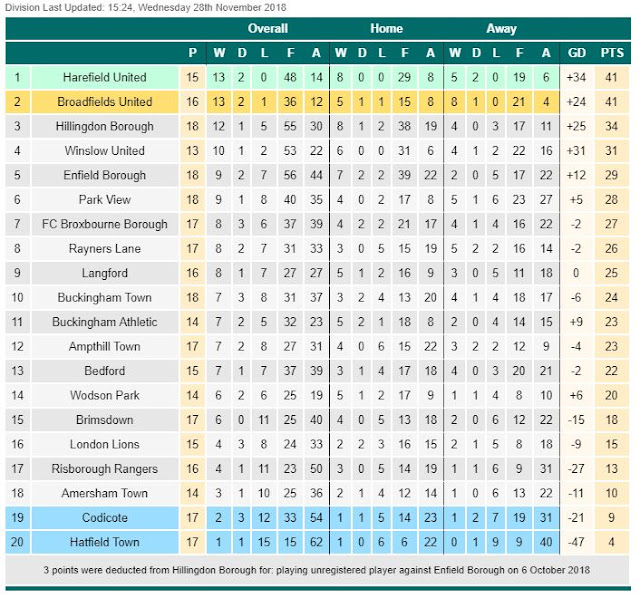 Thanks to Wycombe's exit from the FA Cup at Luton in the 1st Round, I knew we wouldn't have a game this weekend. Thoughts turned to where I could go and there was one that I really fancied doing - Lye Town v Leighton Town in the FA Vase. Normally I'd be able to get cheap tickets up there thanks to advance fares from Chiltern Railways. However, despite trying to buy tickets nearly two weeks in advance, there were no cheap ones available. Fellow hopper Anwar suggested Ilkeston, but I fancied one on public transport. London was the obvious choice, with it being a decent time to visit the capital, what with it being my last free Saturday before Christmas. There were not too many options for new grounds, but in the end, Peckham Town v Bexley won out over other options at Fire United and Park View. These were kept as backups though in case of rain, along with a revisit to Redbridge. Friday evening was spent planning other things to do in London such as a trip to Borough Market, as well as watching TV before grabbing a fairly early night. 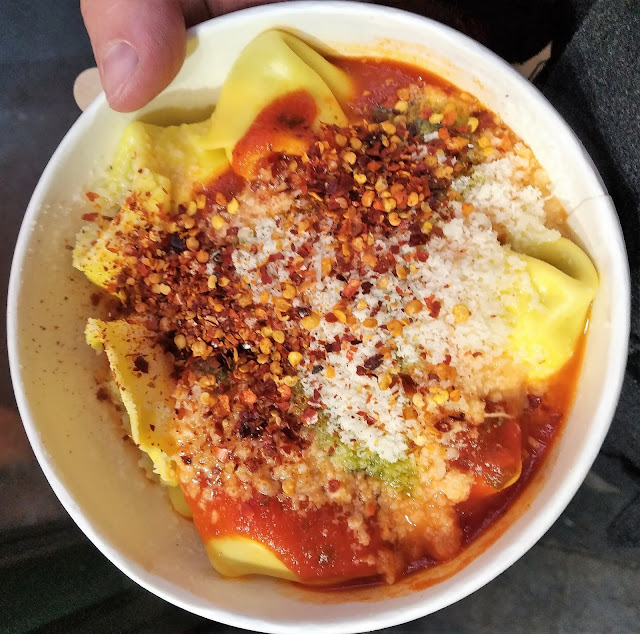 Despite that early night, I woke up at my normal work time and couldn’t get back to sleep. After lying in bed for a few hours, I had breakfast and a bath as well as a Lemsip as I wasn’t feeling great. Whereas others would stay in, wallowing in misery and breathing in my own germs, I knew the best answer was some nice fresh air and a trip out. I left home just after 9.30, stopping at Amersham Tesco for a Daily Star and a bottle of Irn Bru. I got the 10.14 train out of Amersham, already feeling better and in a good mood. I received disappointing news that the Peckham game was off, no surprise given the deluge of rain. It always seems to pelt it down on my day off, while remaining dry whilst I’m stuck in work and this appeared to be the case for the following Tuesday. I continued ahead to Borough Market, via a change at Finchley Road before getting off at London Bridge. With me not fancying Fire United’s limited cover and poor view due to an athletics track, it was going to be either Park View v Winslow or a revisit to Redbridge v Chertsey Town. The former appealed more due to the 3G pitch and despite having a running track, the stand was well elevated and offered a decent view.  So I got to the wonderful Borough Market around 11.30. The New Forest Cider stall was the order of the day and I tried a couple of new bottles, namely Oliver’s Gold Rush and Little Pomona C’est Si Bon-Bonne. In between, I had some excellent Wild Boar Tortellini with Pesto and Tomato sauce. All this came at a premium, but it was not going to be added to my football costs for the season, as I do like to splash out on nice food and drink when I’m in the mood. I researched online for where to go and so got the 12.50 Northern Line train to Kings Cross St Pancras where I got the final leg of my journey, the Piccadilly to Wood Green. I then stopped at McDonald's where they messed up and gave me someone else’s order, albeit a mistake that benefited me. I got to the ground at 2.15, initially no one taking entry, but later on sometime coming around and charging a fiver which included a programme. I met a couple of other hoppers whose games had also been called off and we had a chat as we waited for kick off.

Though Park View were in 6th, Winslow United were higher in 4th place. It looked as if the game was going to be a close one, but that turned out to be anything but the case. Winslow had brought along a decent number of fans, compared to the handful of home supporters. The game kicked off pretty late, nearer 3.10 than the stated kick off time. It was a Winslow break that provided the first goal as they moved the ball quickly up the other end and although Aaron King's shot was initially saved, Jack Bowers followed up with the rebound. King got on the scoresheet himself just before halftime when a corner was put in, the ball was headed back across and he got the final touch, though the home keeper might have wanted to do better. Park View were not giving up and they had some chances of their own, with Winslow playing a lot of the game on the break, Parsons hitting the bar for the visitors. They made it 3-0 to pretty much seal the game, a foul in the area resulting in a penalty which Ryan Freshwater converted. Just before this goal, Park View had their number 12 sent off for a second bookable offence after he had only just come on as a substitute. The 4th was the only goal that I didn't get on camera and it looked like a keeper error as Shibs scored from a fairly tame shot. Park View let frustration get the better of them and their number 14 was the second substitute to get his marching orders and again it was a second yellow following a late tackle. A member of the home bench was also sent off. The visitors made it 5-0 late on. A series of corners finally resulted in the ball falling to Harry Dalton at the back post who headed home.

So, a comprehensive win for Winslow and not what I expected looking at the table on kick off. The game was also much delayed due to the late start and various incidents in the game, so I didn’t leave until 5.10. I made my way back to the station, stopping at Morrisons on the way to get some cartons of drink. I decided to go up into central London, stopping off at Leicester Square for a look around. There were absolutely tons of homeless people around, with tents and sleeping bags everywhere. I hope our government are proud of their legacy. I stopped at the brilliant Harp Pub in Trafalgar Square for a half of Easter Hill Cox Cider before taking the 20-minute walk along the Embankment to the Southbank Christmas market. I avoided temptation and at around 7.30 started to head for home. A walk to Waterloo, changes at Finchley Road and Harrow on the Hill were made before my final train to Amersham. I got back just before 9. It was the usual Saturday evening of relaxing until Match Of The Day and the usual late night followed by a 4 am start at work the following morning. 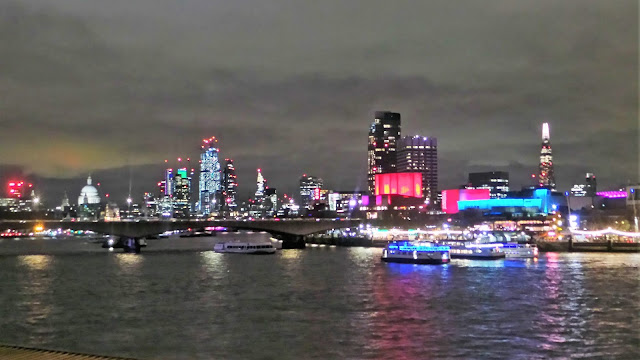 The NEW RIVER SPORTS CENTRE is a multi-sport venue which has an athletics track. However. this doesn't make the view from the large 1,040-seater stand bad, in fact, it's great, thanks to the stand being elevated and tall. The rest of the ground is open and has plenty of terracing all around the pitch. Facilities at the ground are restricted to basic drinks and snacks. Parking is limited to pay & display car parks, so you are better off coming by train. Wood Green station is a 20-minute walk away and offers a wide range of food and drink places, including a decent Wetherspoons called Spouters Corner. 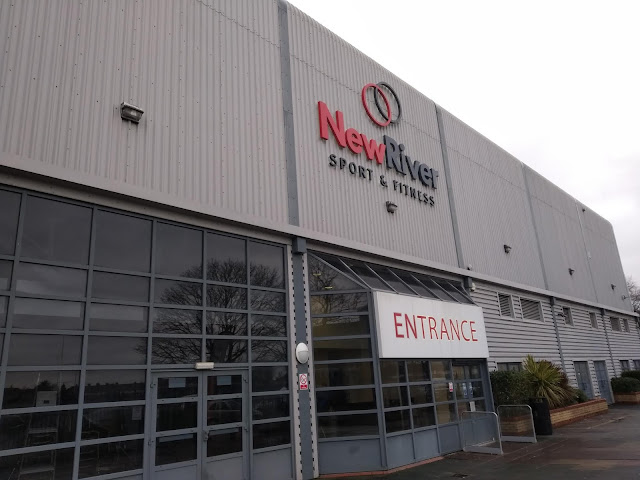 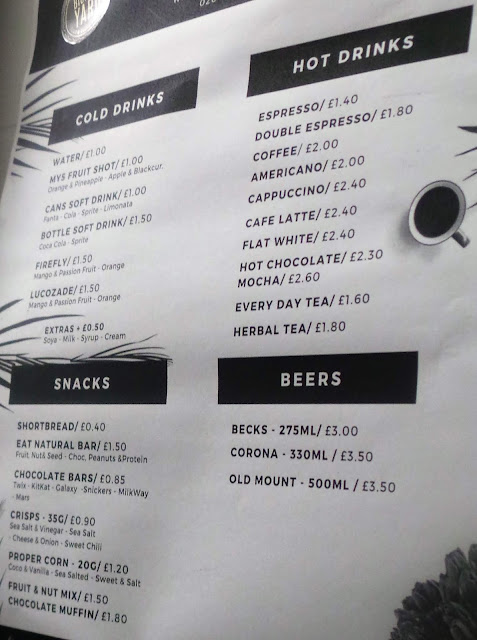 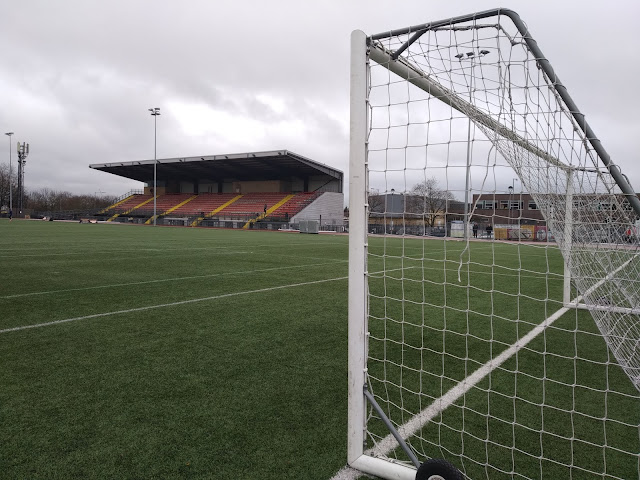 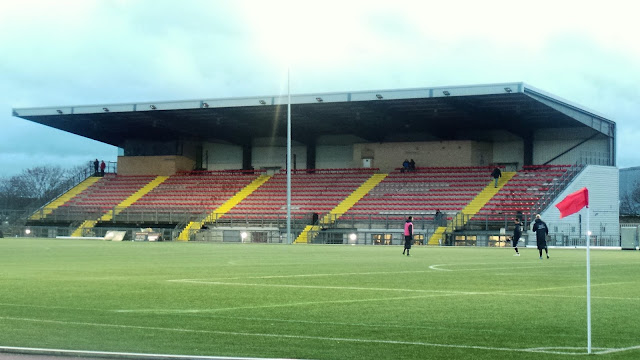 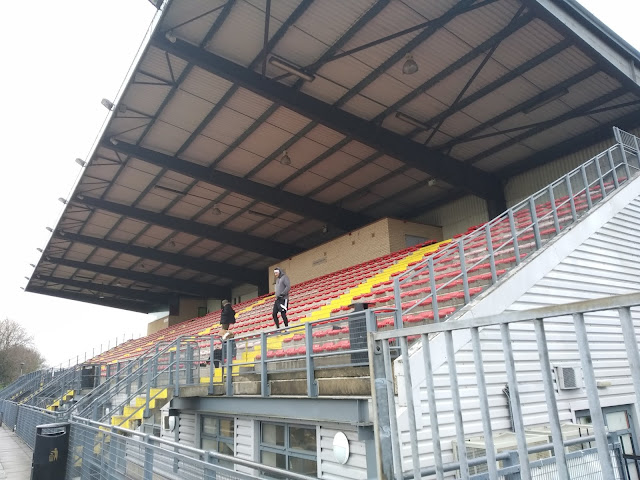 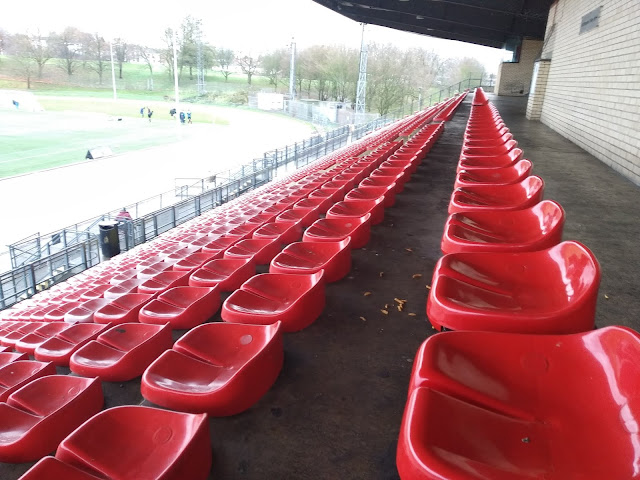 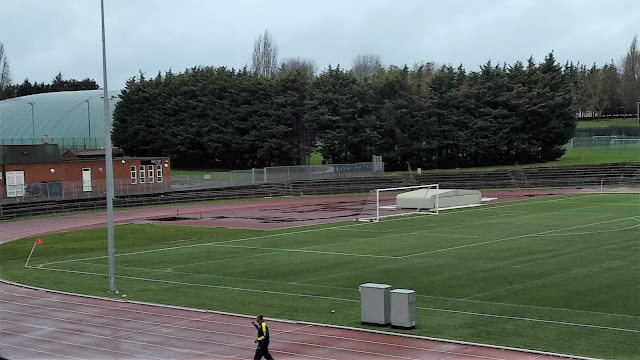 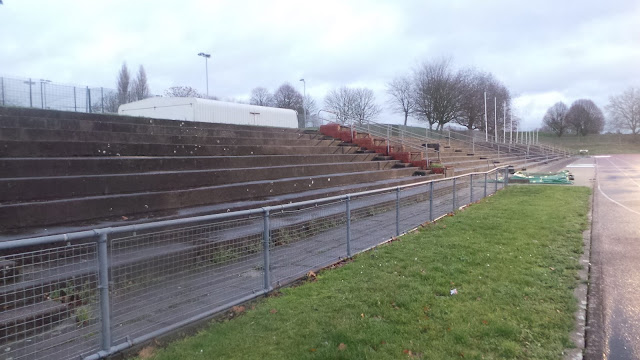 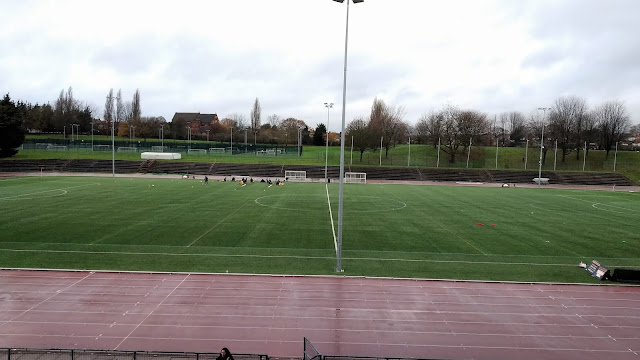 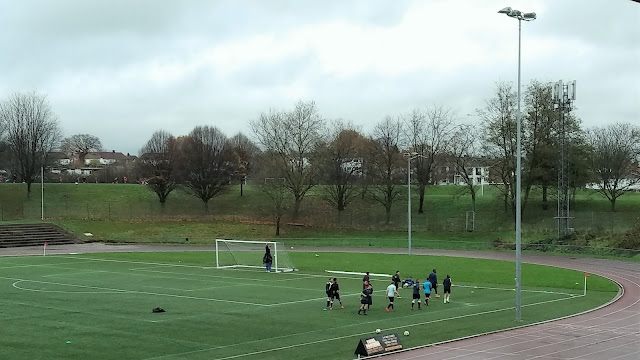