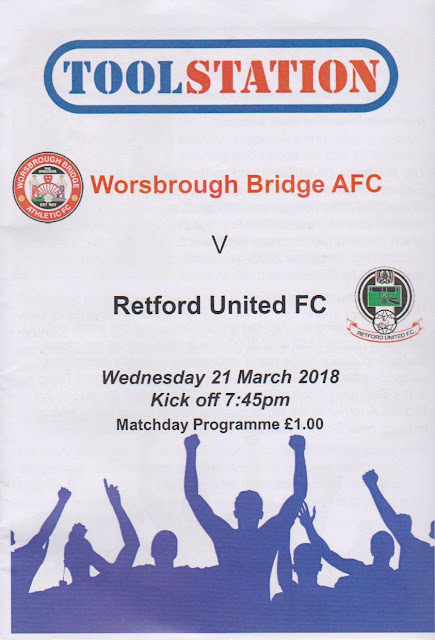 The club was formed in 1923 as Worsborough Bridge St James and has also been known as Worsborough Bridge Miners Welfare for part of its history. They played in local Barnsley and Sheffield Leagues for much of their history before joining the Yorkshire League in 1971. They started in Division 3 but won successive promotions in their first 2 seasons to get up to Division 1. The second half of the 70's saw two relegations to see the club back where they started the decade. In 1982 they became founder members of the newly-formed Northern Counties East League. The first 10 years saw several reorganisations of the league and mixed results but since 1991 they've been in Division 1. Highlights have included a runners-up spot behind Hatfield Main in 1995 although recent seasons have seen them struggle and they currently sit just outside the relegation zone. 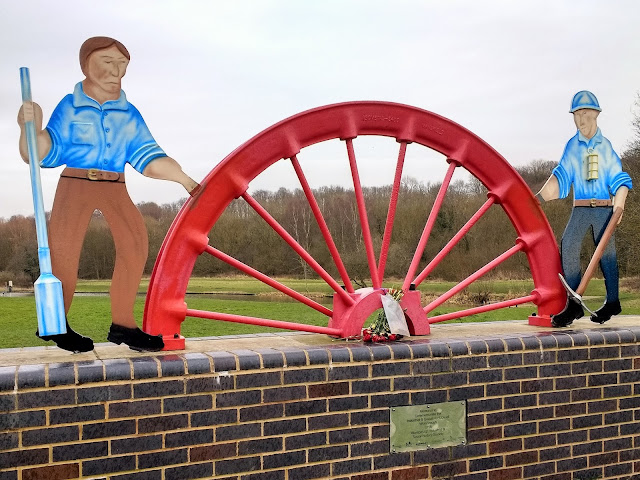 Worsborough Bridge have not competed in the FA Cup since 2002 with their record progress being the 1st Qualifying Round. In the FA Vase, their best season came in 1990 when they beat Hallam, Ilkeston Town, Denaby United and Heanor Town before a defeat to Great Harwood Town in the 3rd Round. Local cup wins include the Sheffield Association League Cup in 1966 whilst they were runners-up in the Sheffield Senior Cup in 1974. Famous former players to turn out for the club include Mick McCarthy and Geoff Horsfield. Worsborough itself is a suburb of Barnsley and has a population of around 9,500. 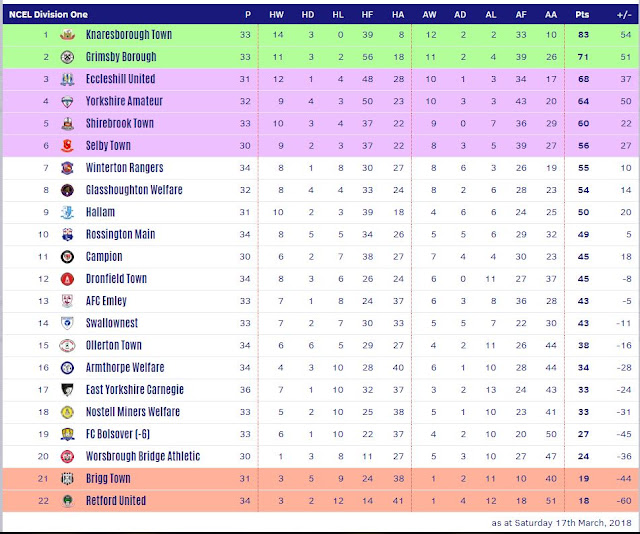 I left my game at Hucknall at 4 with plenty of time to spare. Wanting to kill time, I popped in for a look at Phoenix FC near Rotherham but it was just a social club with a load of pitches, so I didn't bother getting pictures. Even with the rush hour traffic, I was parked up outside Worsbrough Bridge by 5.30, so decided to go in the search of dinner, having not eaten since breakfast. Even though it was drizzly, I decided to walk. My original plan was to go into Barnsley on the bus for shops and a pub, but with a long drive home after, I decided against it. The ‘Taste Of China’ was above average and I had a decent salt and chilli chips with chicken satay skewers for £6.50. I got back to my car at 6.20, killing time by typing some of my blog and reading an essay about England at Italia 90. The rain had started to come down heavier by now, so at 7, I left my car and went into the ground. Entry was a well priced £5 and the programme was £1. It was a fairly thin effort with not much to read, but it made up for it a bit by being well presented. I’d heard about them doing a great pork pie, but all I could see on the side was an Asda steak pie, so not being hungry, I didn’t bother. I did have a bovril though and this helped me warm up as I sat in their club room, waiting for the game to start. I did have chips and gravy at halftime, these were tasty and excellent value at £1.25. Before the game, I spotted a fellow groundhopper and Retford fan who had come along to support his team tonight and we had a good catch up. 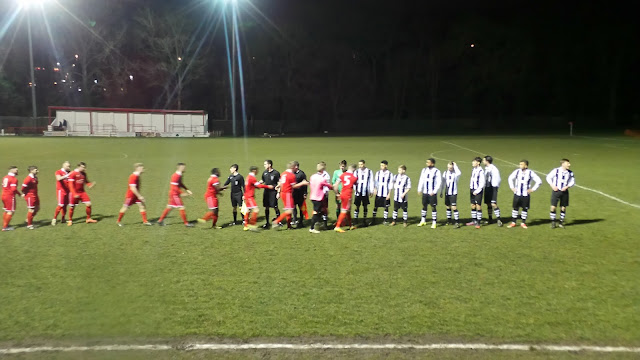 I’d noted that the two teams had shipped a massive 166 goals between them so far this season, but when I checked the scoreline of the reverse game, it had been a goalless draw. A repeat would not be welcome and I was hoping to see a few goals.  The visitors were up against it in the opening period of the game, Worsborough had opted to kick down the pronounced slope first half and were taking full advantage, hitting the bar after a quarter of an hour and having other half chances. Retford started to get back into it and they took the lead on 40 minutes through a deflected own goal by Josh Dacre. The slope allowed the visitors to have a bright start to the second half and they came close to extending their lead on more than one occasion. It was 2-0 on 46 minutes, a terrific shot from 25 yards by Kyle Sambor that flew past the keeper. Worsbrough pulled one back just before the hour mark. A free kick was awarded just inside the Retford half and Lee Morris poked home from a few yards out after Retford failed to clear their lines. However, the hosts' joy was short-lived as less than a minute later, Retford restored their two-goal lead. This time a good through ball found Quino de Ataide Dias who had a simple finish past the keeper. Worsbrough just wouldn't lie down and they made it 3-2 when on 66 minutes Morris got his second when he latched onto a great through ball and rounded the keeper. But again Retford regained their lead almost immediately when de Ataide Dias got his second a few minutes later through a low diagonal shot from the edge of the area, 4-2 and game seemingly over.  Ben Gresch-Brooksbank had other ideas though, on 71 minutes, making it 4-3 when he turned in a cross from the left at the far post. The game hung in the balance until the last few minutes but Retford confirmed the win thanks to Kyle Sambor. On 86 minutes he latched onto a long ball and wrongfooted the keeper before tapping the ball into the empty net. On 89 minutes Sambor completed his hat trick, scoring from the penalty spot after a foul just inside the area.


It had been a good evening in great company and to cap it all, I won £20 on the 'pick a team' scratchcard by picking Middlesbrough. It's something that I have extraordinary luck with - despite the odds being something like 30-1 each time, I've won on 3 out of the last 4 times I've played. The game had been excellent too, one of the best I've seen this season. The only disappointment was that they didn't have any of the pork pies I'd heard about on fellow hopper Laurence's blog, though to be fair, that was written around 5 years ago. I set everything up for the journey home, pleased that Wycombe had won too, 3-2 against Crawley. Leaving at 9.50, I had a good run home, despite a fair few lane closures. Thanks to podcasts and music, the journey home went really quickly and I  got through the door just after half midnight. I said hello to my Dad who had just returned from holiday and caught up with Twitter. I wasn't tired in the slightest, so I watched Coronation Street and YouTube before going to sleep around 2.30 am. 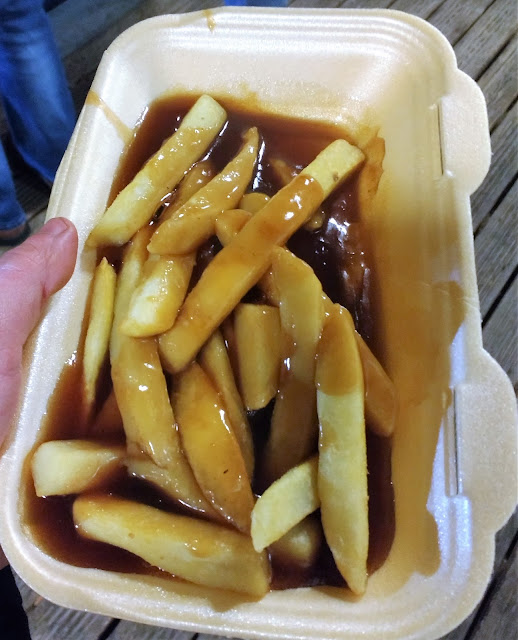 PARK ROAD is a decent ground for step 6 and would probably be fine a couple of levels higher up. The stand holds around 200 and there are also a further two areas
of covered standing, adding another 200. The rest of the ground is open and has a few more steps of terracing and some good elevated areas for an overall capacity of 2000.

The ground is located around 2 miles from Barnsley and is on the main bus route. Parking isn't great, with a small and tight car park but at least there is street parking. Nearer by, there's an Indian restaurant a couple of minutes walk away and a decent Chinese takeaway 15 minutes walk away. Back at the ground, the tea bar is great value although drink wise you are limited to cans.

1: Ground facilities & condition (for the level)
A nice venue with plenty of character (7)

2: Area around the ground (parking, food/drink, public transport)
Small and tight car park but there was street parking. Two miles from Barnsley with a few takeaways and pubs nearby (5)

5: Social Media & Website
Was kept in the loop for tonight’s game (7)

7: Game entertainment
One of the best games of the season (9)

9: Bar / Clubhouse
Cans and bottles in the club room - didn’t visit the outside bar (5) 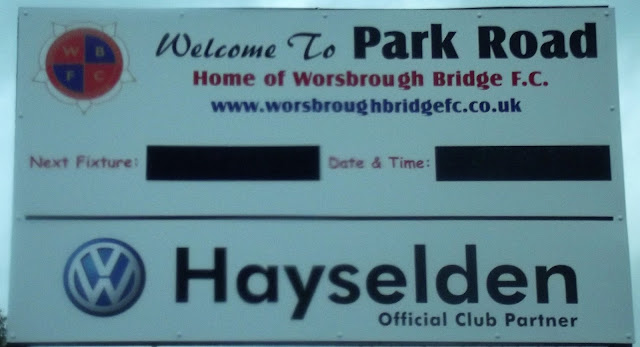 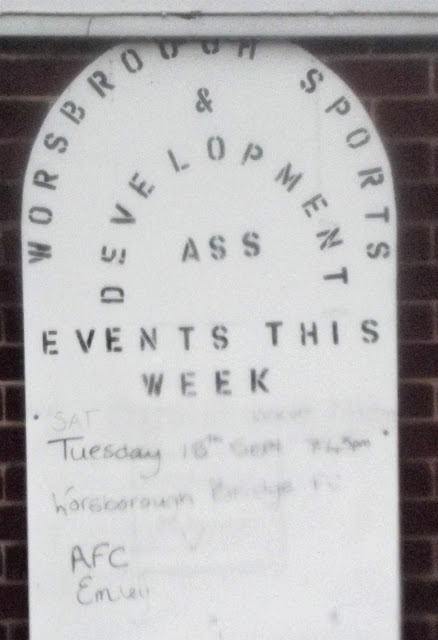 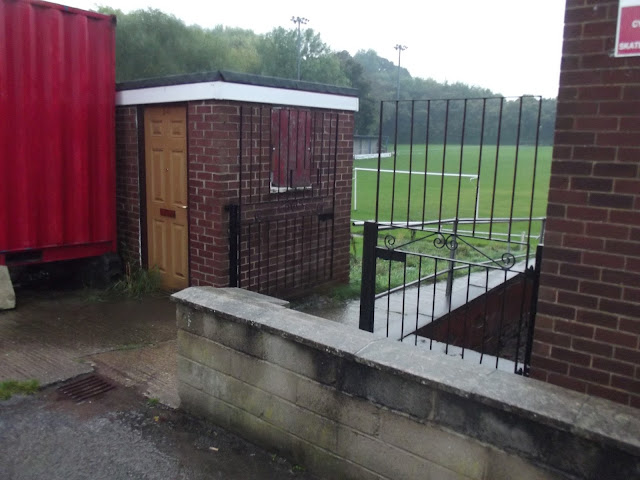 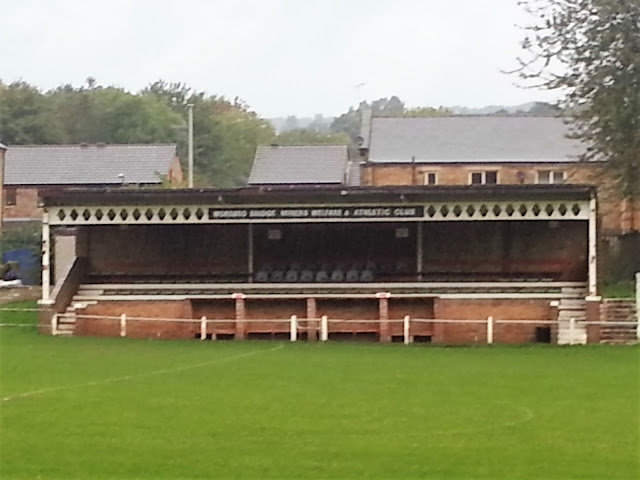 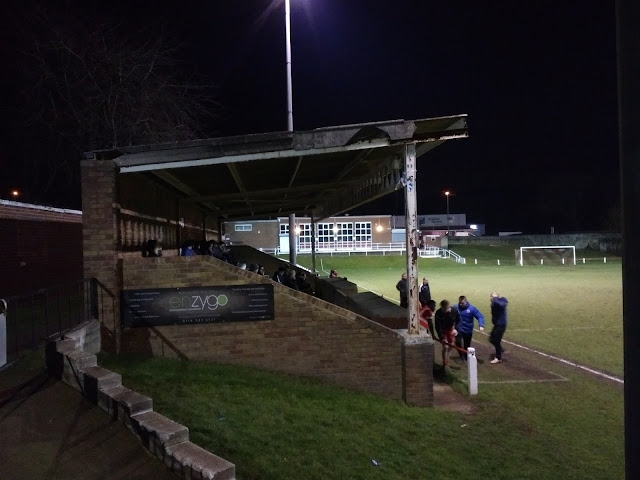 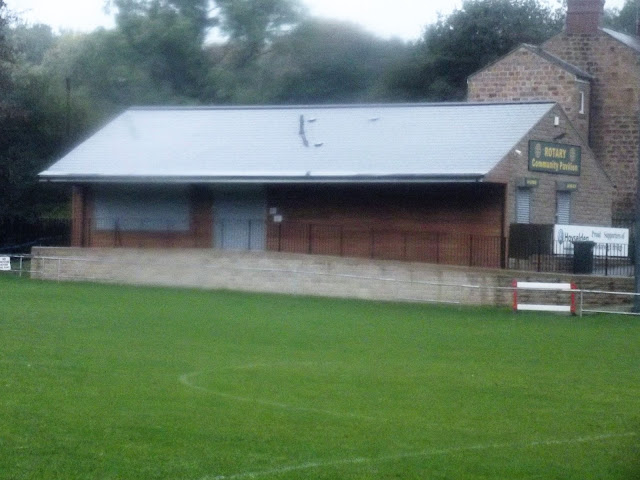 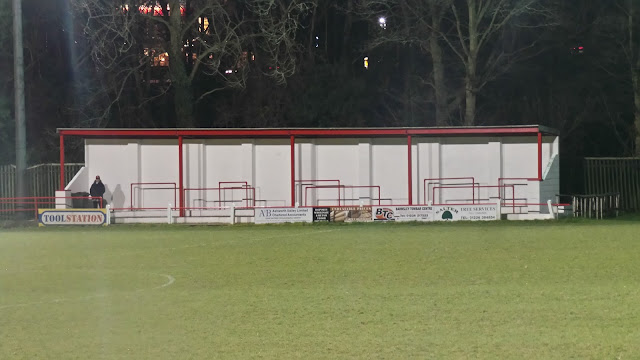 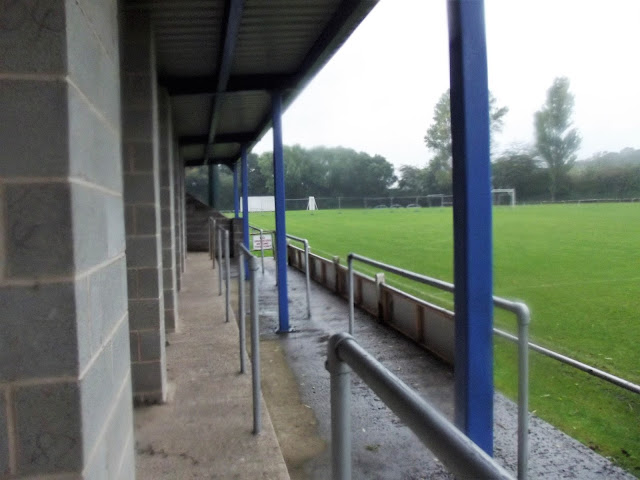 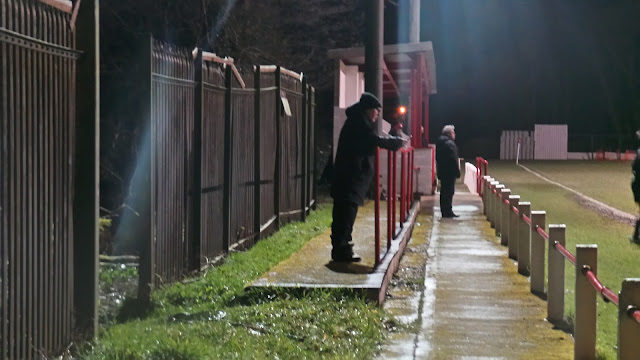 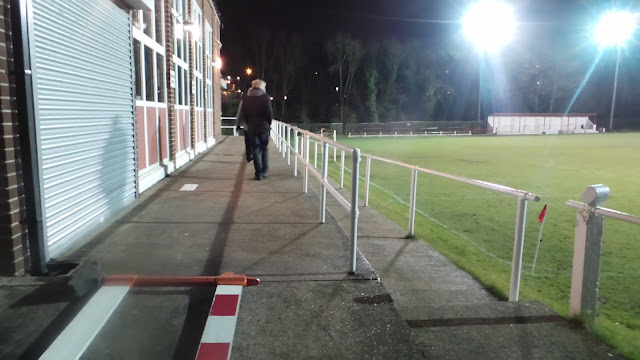 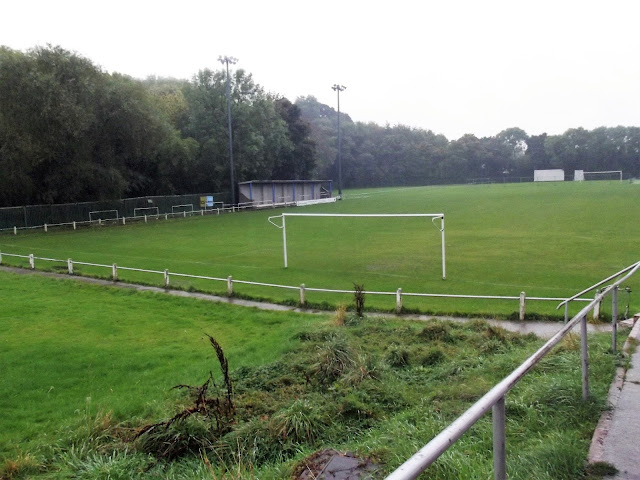 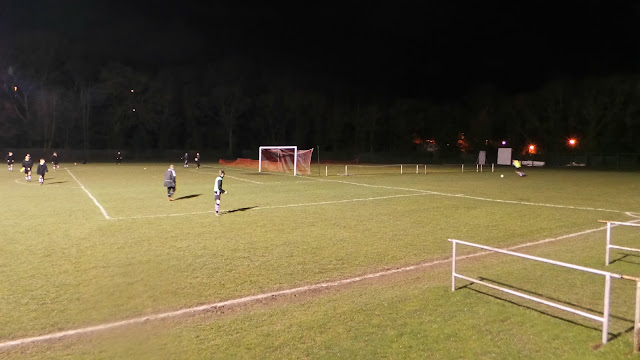 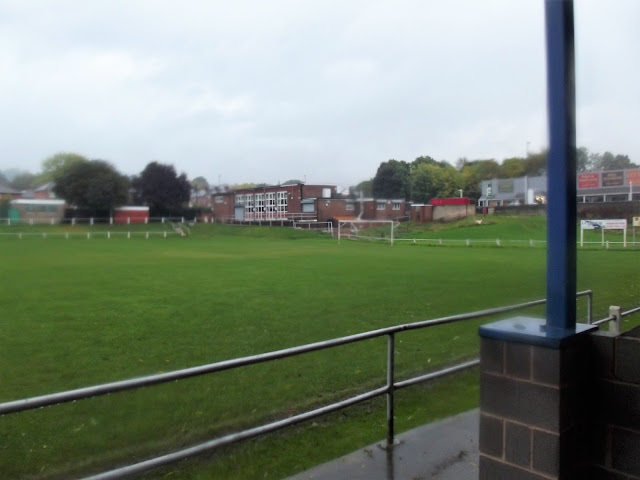 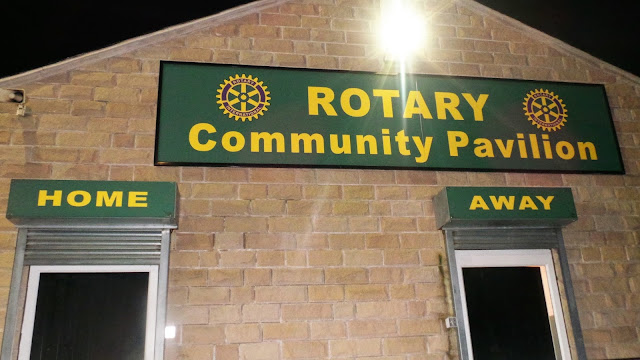 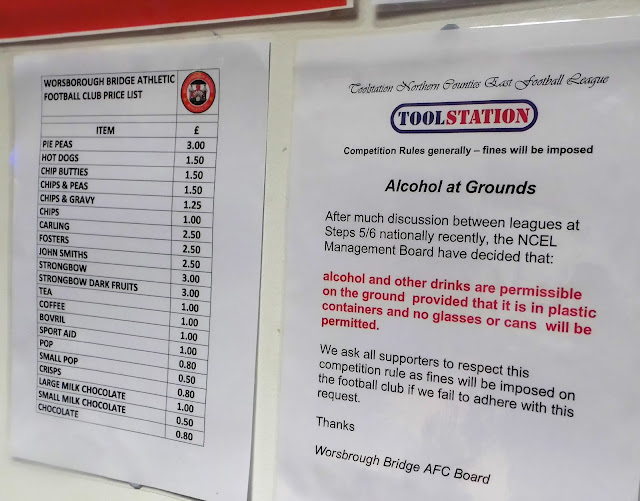 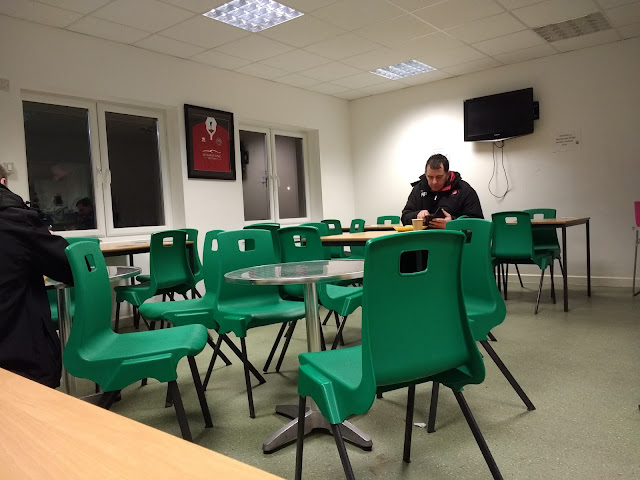