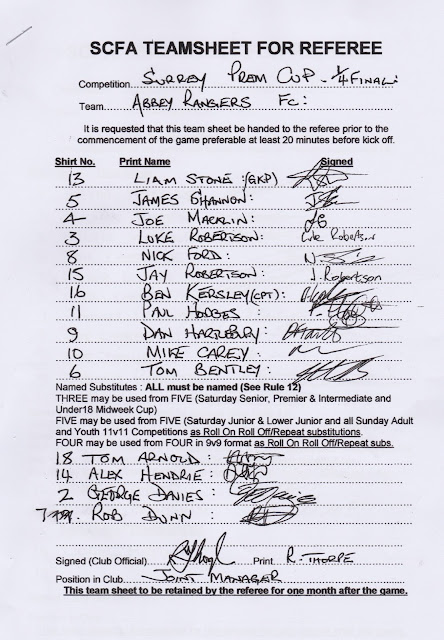 ABBEY RANGERS had very little information about them on the web, but they are a local team from Addlestone in Surrey. The last few years have seen rapid progress - promotion from the Surrey Elite League last season after a 4th place finish saw them entered into the Combined Counties Division 1. They've made an incredible start to life in the higher league, sitting 2nd at the start of the game having thumped Dorking 6-0 at the weekend. This season also saw their first foray into the FA Vase and they've done great in that as well, beating Holyport, Tytherington Rocks and AFC Portchester before a second Round defeat to Newport IOW. 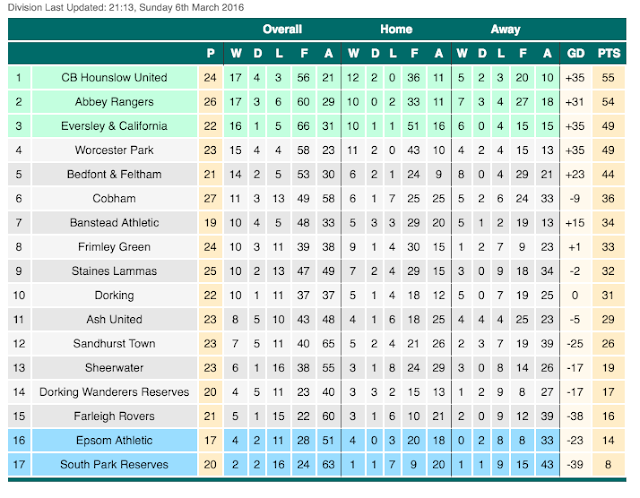 Having completed the Combined Counties Premier for groundhops recently, I was also keen to get Division One done. It was a bit harder as most games are played at weekends owing to the small size of the league, but Abbey Rangers occasionally had Monday night games. Usually, I like to get a good nights sleep on a Monday, as it's my only decent kip of the week, but with me being off work, this Monday represented an ideal opportunity. I found out about their Surrey Premier Cup game a few weeks back and planned it in. It was to be sandwiched between my weekend groundhop to Germany and couple of days up north on Tuesday and Wednesday so it was a really busy time for me. I'd been hoping to persuade fellow groundhopper, Anwar, to come along, however he was ill and unable to attend, so it was me on my own. I spent the morning catching up on my blogs, with a mammoth 4 top do from my German adventures, though a lot of that was written during the dead time that had been spent travelling around on public transport. I also wanted to do as much research as possible for my upcoming trips, including tonight's game. It was mission accomplished though, and as well as a little bit of work I had time to watch some YouTube videos and chat online before leaving for the game just after 6.15 PM. I was happy that I'd been retweeted by the official Eintracht Frankfurt English account which had a fair few followers as rarely any club above the Conference North and South bothers with interaction and sharing links. 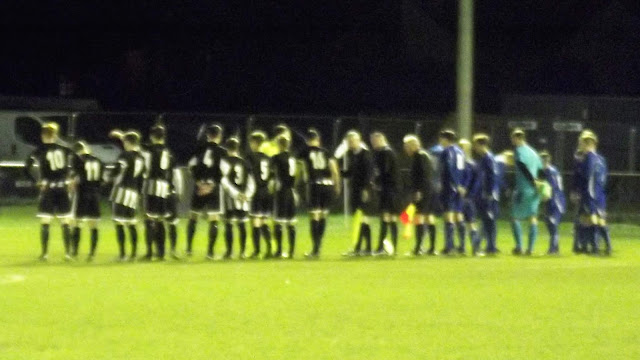 It was only a 28 mile trip, but my prior experience of rush hour traffic made me think it would be anything but simple and straightforward. In the end I left around 6.30 after I'd got petrol but luckily the roads were in perfect order and I was there by 7.10. I paid £3 to get in, there was no programme but they sorted me out a free teamsheet which was fine by me. I met fellow groundhopper Andy in the bar and we had a chat while we waited for the game to start. It was a first half of very few clear cut chances but visitors Worcester Park were enjoying the better of the possession. However, it was the hosts who opened the scoring on 40 minutes with Paul Hodges slotting nearly in the bottom left-hand corner from around 10 yards. It was 1-1 just before half time. Lee Davison who only a few minutes ago had been in agony with an ankle injury dived to head in Archie Watkins' cross from the left. It was a fair reflection of the game so far with Abbey Rangers stepping their game up after scoring. Again the second half didn't have too many chances but it did get quite physical. Abbey Rangers scorer Paul Hodges got his marching orders after a second booking. Just as it looked as if it was going to penalties Lee Davison grabbed his second with another header. During the second half, I chatted to a Sutton United fan who was also groundhopping at the game and used the 'Non-League Matters' forum that I often go on. We talked about old games between our clubs, though I only saw the 2 clashes between us in the FA Trophy semi-final of 1993. It was nearly 9.50 by the game was finished as there was lots of time added on but there was no sign of the penalty shoot-out I was hoping for. The journey home was a good one, only taking half an hour and I was soon back home. I watched Corrie while writing my blog before watching Youtube videos in bed.

ADDLESTONE MOOR must be one of the most basic grounds at step 6 with just a railed off pitch. There is an area of cover thanks to the overhang from the bar area. Talking of the bar it's warm & welcoming and has the usual range of drinks. The tea bar is even better having a wide range of food which several people seemed to be tucking into and enjoying. 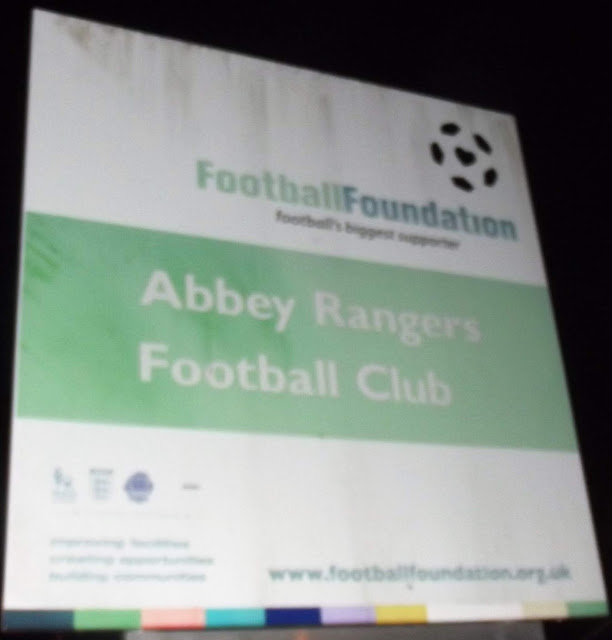 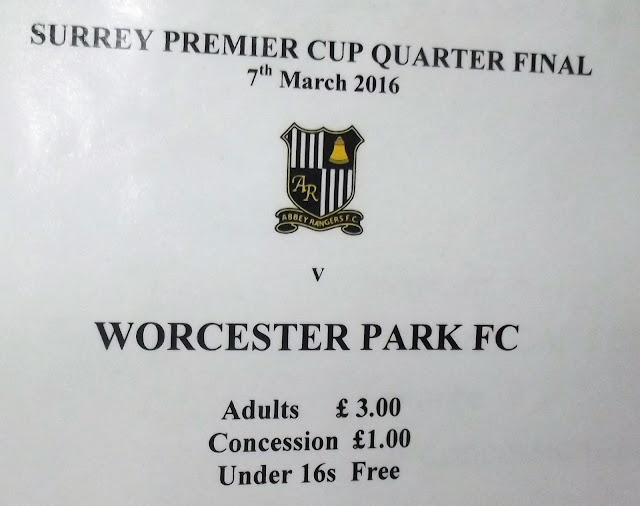 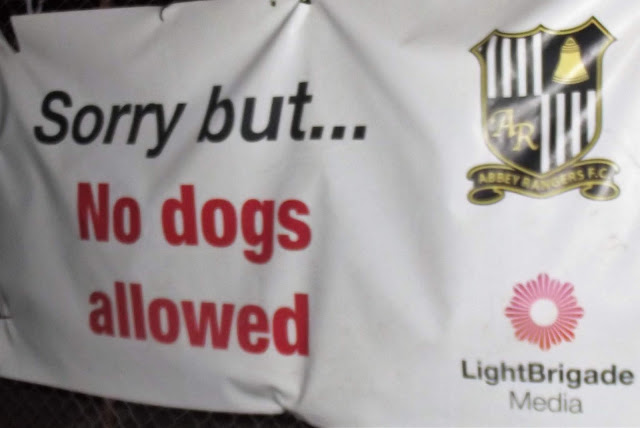 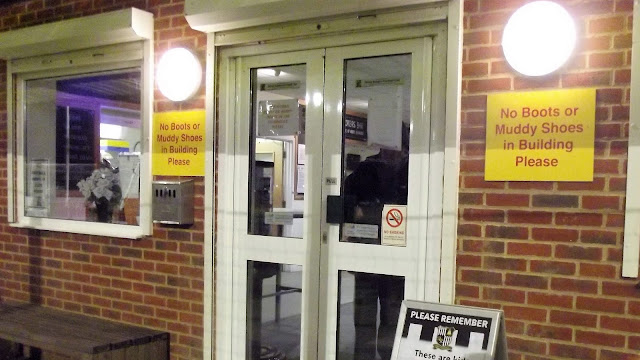 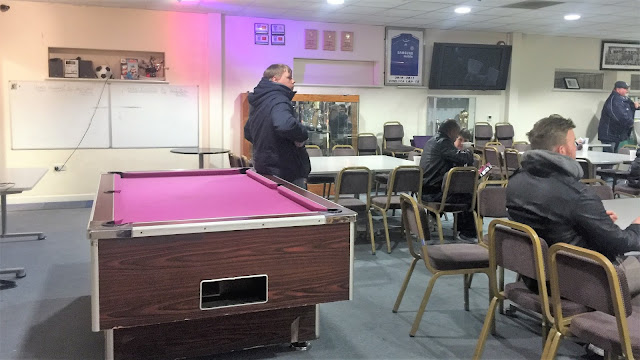 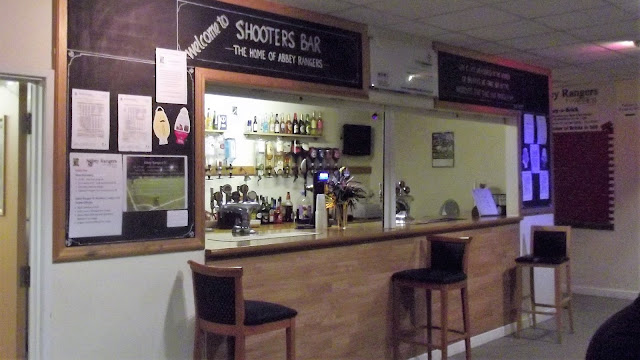 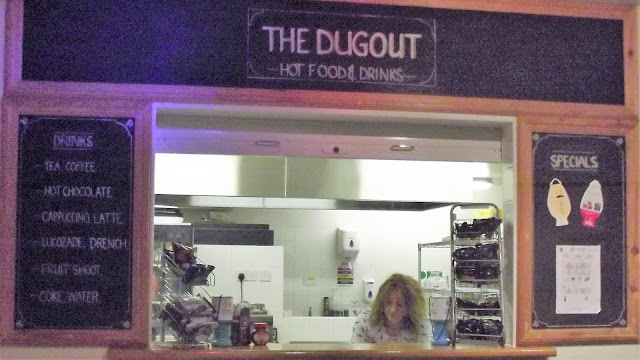 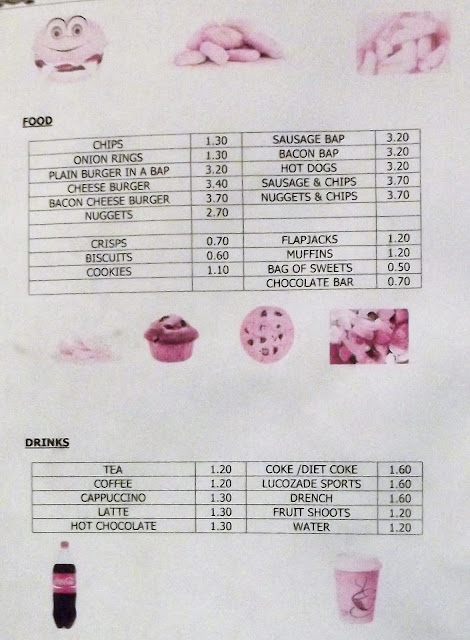 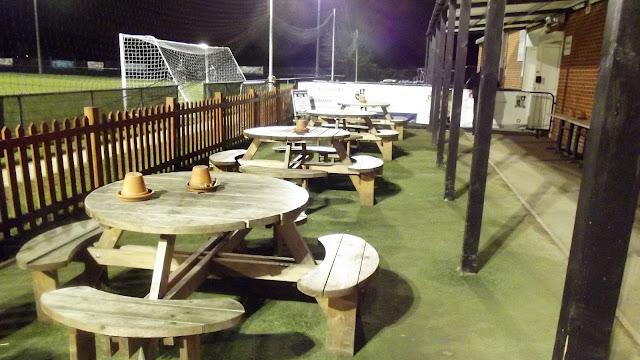 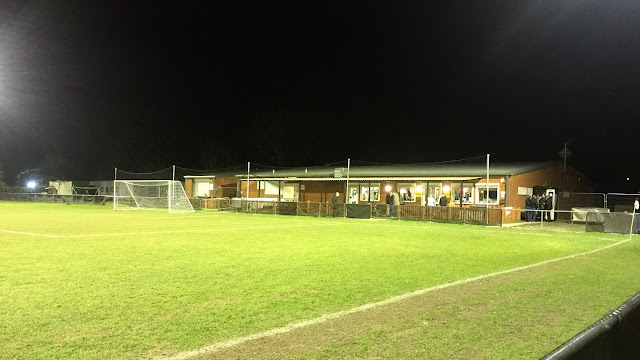 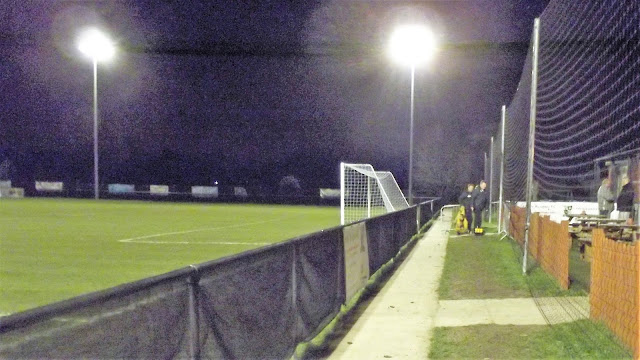 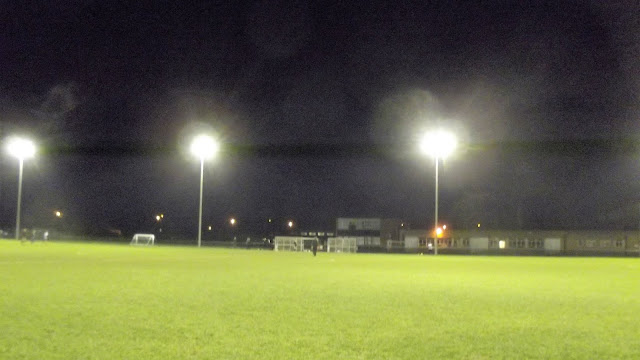 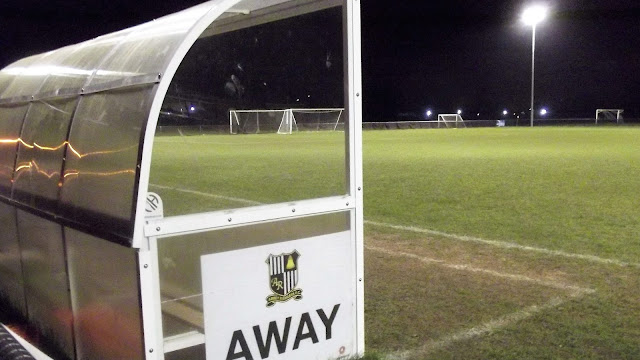 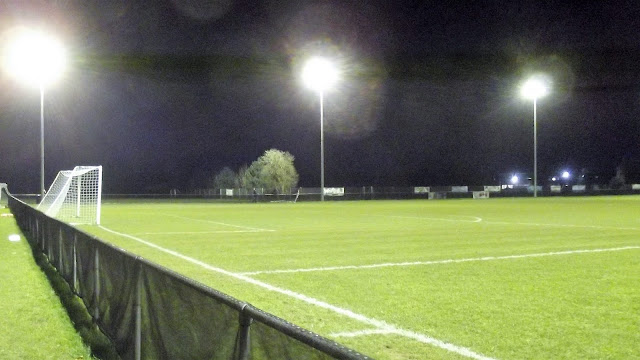