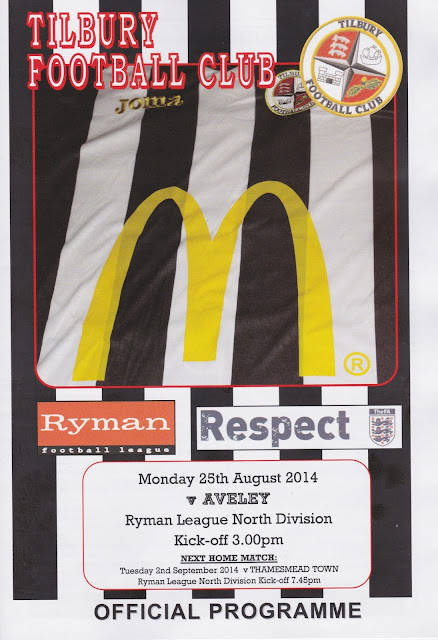 Tilbury FC was founded in 1895. They played in various leagues until 1973 when they joined the Isthmian League. They have remained in and around its divisions ever since, apart from  2005-2007 season when they won promotion from the Essex League after being relegated the season before in their one season in the Southern League.  Times have been tough in recent years, though they did finish 3rd in 2012. Their best times came in the late '70s when they spent a few seasons in the Isthmian Premier, with a best-ever finish of 14th in 1979. They made the 3rd Round of the FA Cup in 1978, before losing to Stoke City. They had a stroke of luck along the way though, nowadays an ineligible player would result in them being kicked out of the cup, but the FA made them replay their 1st Round game against Kettering Town, who had benefitted from the management of Ron Atkinson a couple of years previously. They reached the 3rd Round of the FA Trophy in 1983 and the 4th Round of the FA Vase in 1989 and 2000.  Honours include the Isthmian Division 2 title, 2 Isthmian League Cups and an East Anglian Cup. At the start of play, Tilbury were 13th, but with a 100% home record from their 2 games so far. 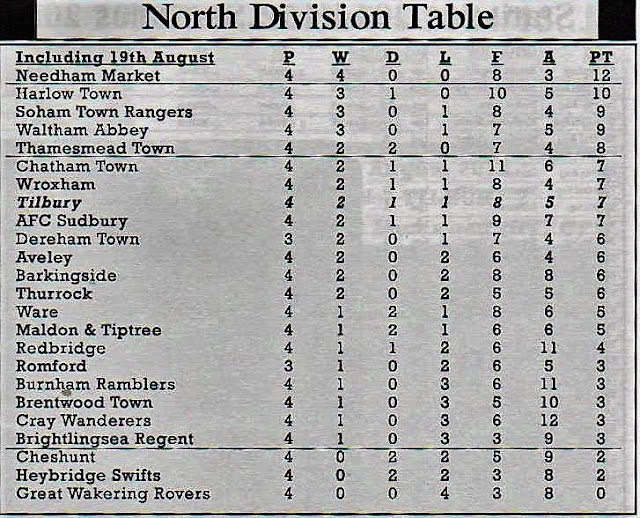 As it was a Bank Holiday, I was keen to take in some football. As ever, the Football League had failed to schedule games on Monday, so I would be doing a groundhop again. Initially, I fancied doing a treble of St Andrews at 1, Anstey Nomads at 3 and Bolehall Swifts at 7.45. But Anwar couldn't make the whole day, and I always prefer to have a bit of company. We fancied doing a step 4 or above after doing a run of step 5 and 6 grounds, so we opted for one of the nearest, Tilbury, who had a local derby against Aveley. This was to be ground 402, and ironically the last time I had seen Tilbury had been exactly 100 grounds ago - number 302, and it had been at Aveley's ground. Though on this occasion the home side had been Grays Athletic who triumphed 3-0 in an FA Cup 2nd Qualifying Round game. There are only 2.5 miles between the 2 grounds, so it's a real local derby. 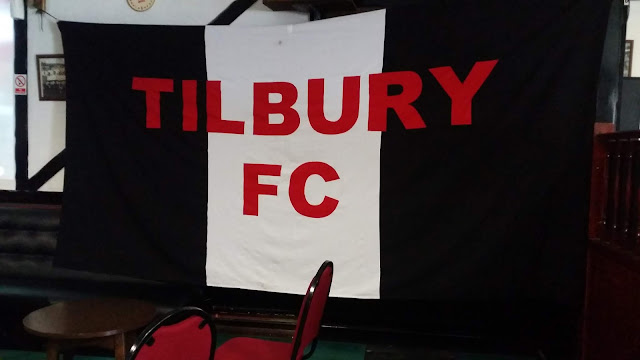 It was 10.30 when I left work and the weather was a pig, raining as per usual for a Bank Holiday. I went home and had a bath, and also bought an Android gaming tablet off of eBay on a whim. Because of the weather, I started checking on Twitter to see the status of the game. I even planned in Whyteleafe as a backup in case things went wrong, but there was no news of any postponements, despite the despicable weather. I left just before 12, making sure I had an umbrella and coat. I had a nice easy trip as per usual to Aylesbury, getting there at 12.20. I met Anwar at 12.35 and we were on our way. The first part of the journey went fine until we got to the last part of the A41. There were 3 separate crashes where morons had lost control of their cars but not hit another vehicle, just the side of the road. It was good that no innocent people were involved, and it only looked to be cars damaged rather than people, but it was annoying all the same. It added 40 minutes onto the journey as the police had closed the road and the roundabout ahead was all clogged up. From then on, apart from the cameras in the roadworks and a small delay with people queuing to get to Lakeside, it was plain sailing. At least we had a good soundtrack, with Absolute Radio playing out their top 100 hits of the 90s. We got to the ground at 2.20, paying a fairly steep £9 to get in, though at least you got a programme for that. I got some decent Chips for £1 from the tea bar, and went and sat in the stand. Despite torrential rain, the pitch was perfect, so the selfish weather had not won. 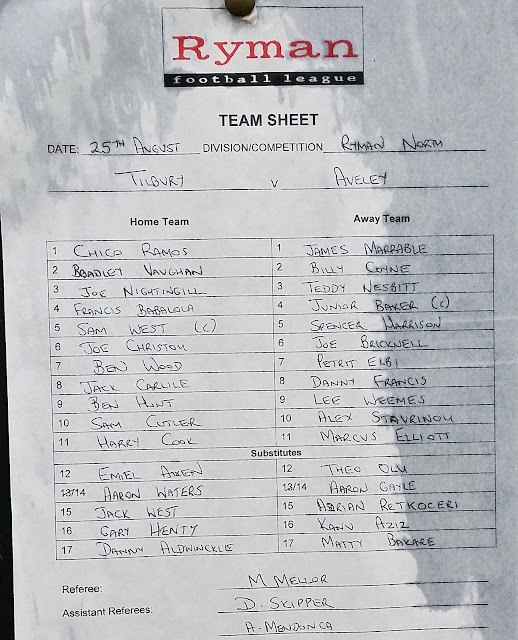 The game started at a good pace, with both keepers forced into good saves. Aveley opened the scoring on the half hour when Francis headed into the top corner from a pinpoint cross. The 10 minutes before the goal had seen the action die down a bit but it had been Tilbury that had looked the most likely to score. They continued to have the better chances up until the half time break, but no goal came. The second half was not so good and chances really were at a premium. There were a couple of good saves from the keepers but in truth, Aveley did a good job of closing out the game and Tilbury never really liked like getting their equaliser. After the game we were soon on our way, the journey back was a lot smoother with barely any delays. I dropped Anwar off in Aylesbury at 6.20. Before I left for home, I got some Strongbow from the local shops to help me relax and get go sleep. I arrived home at 6.45 and spent the rest of the evening chatting on Facebook, eating my dinner and watching TV. 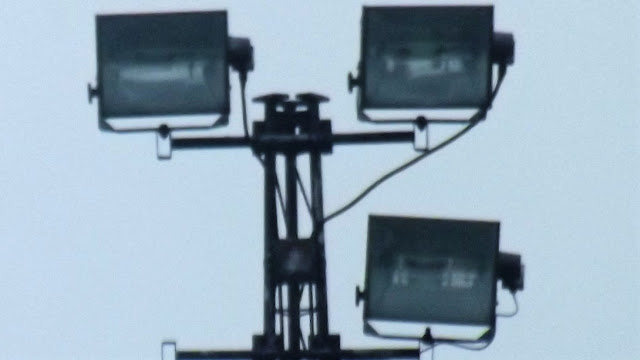 CHADFIELDS is a traditional step 4 ground and one of the few classic ones left at this level. There was a strange old stand on the side that you come in, this probably holds around 200 and is elevated high up, but has pillars blocking your view. Opposite is more cover, probably holding 1000 in a mixture of seating and standing. The 2 ends are uncovered. The tea bar offers the usual range of stuff, chips being good value at £1, 30p extra with melted cheese. The bar is nice and modern with club photos on the wall. It offers your typical clubhouse range of drinks. There is a parade of shops nearby, should you want more choice. 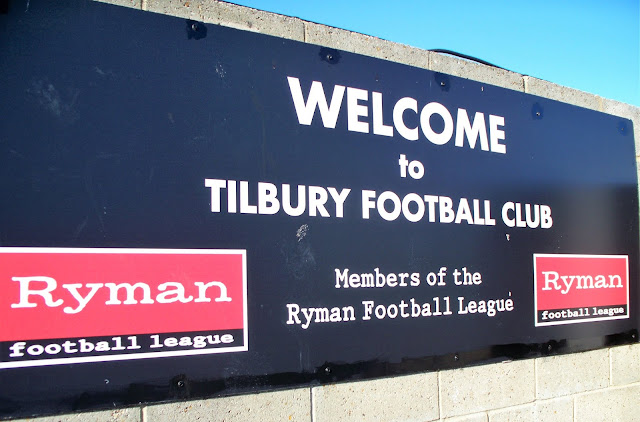 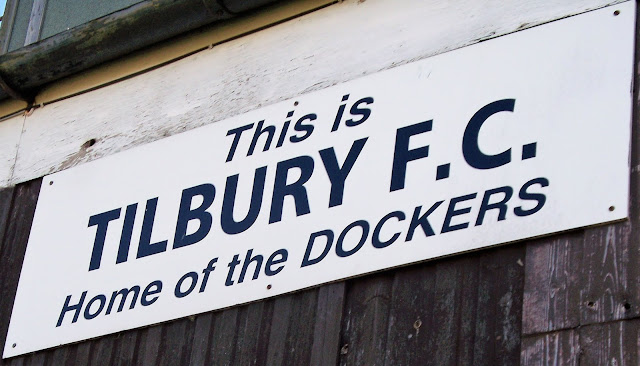 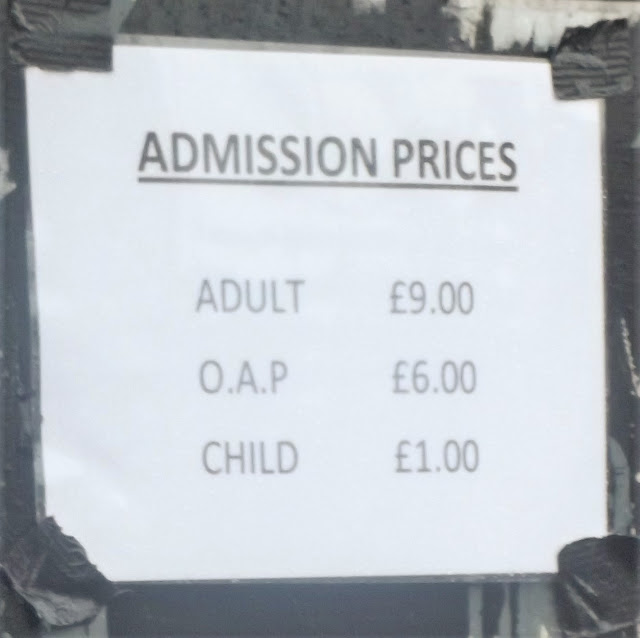 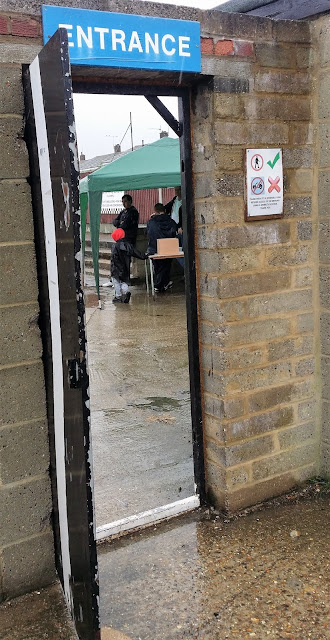 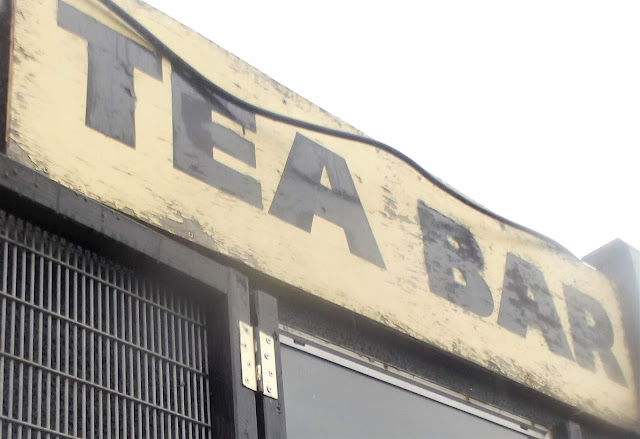 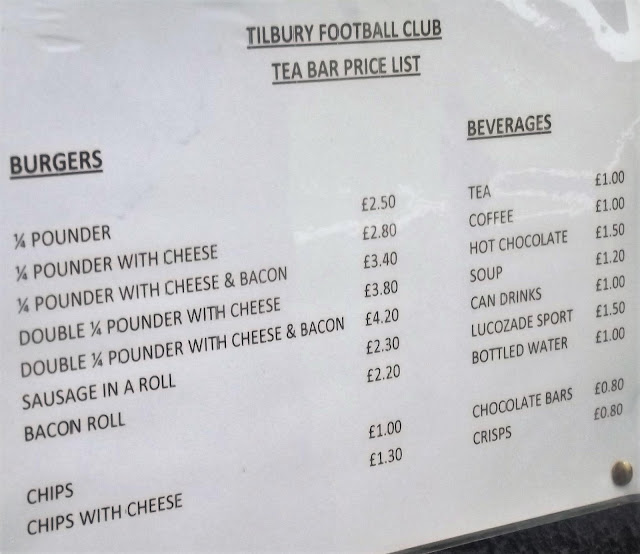 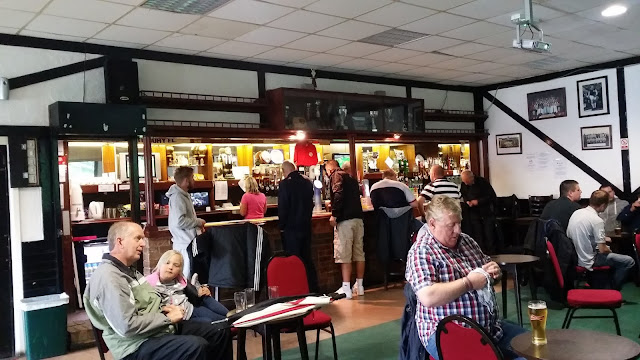 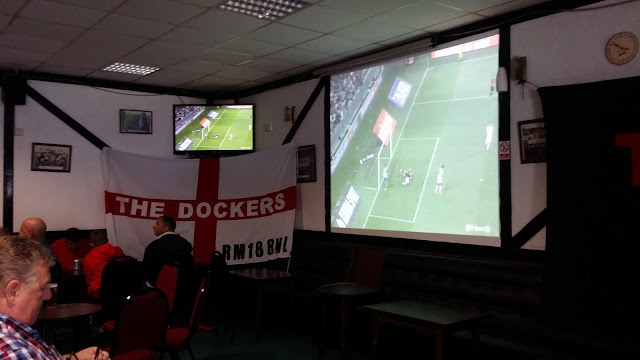 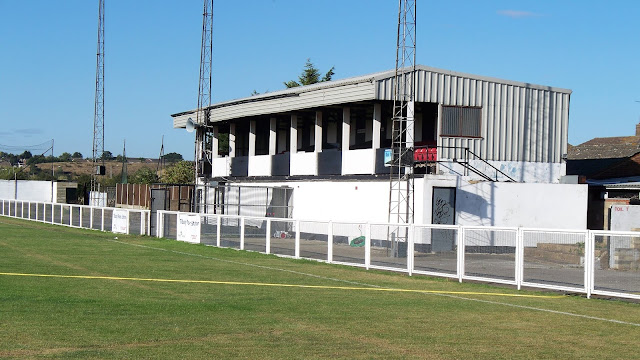 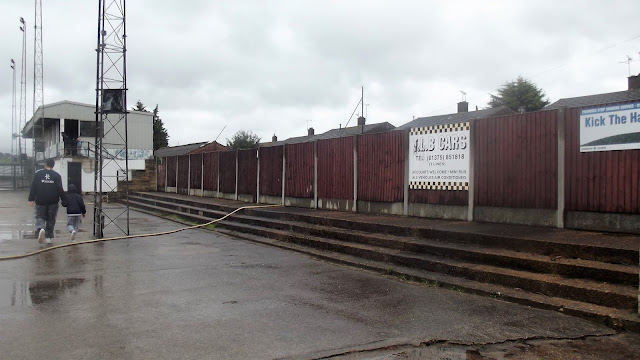 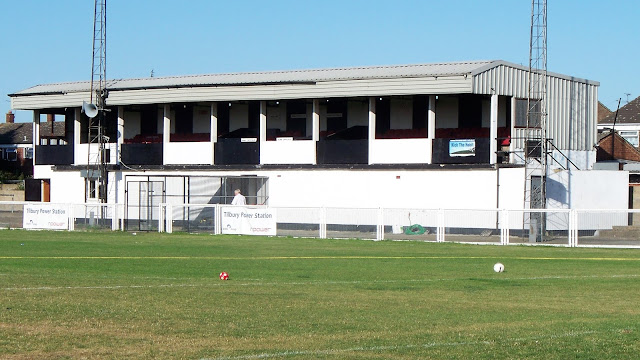 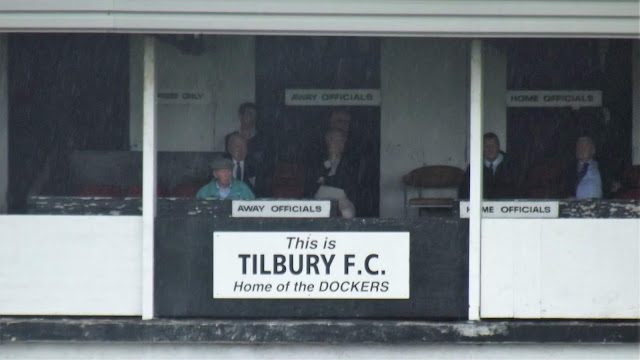 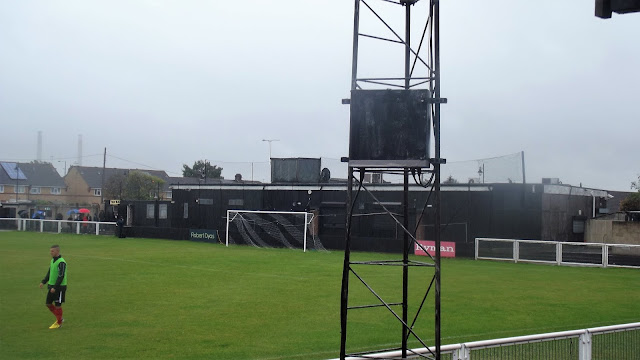 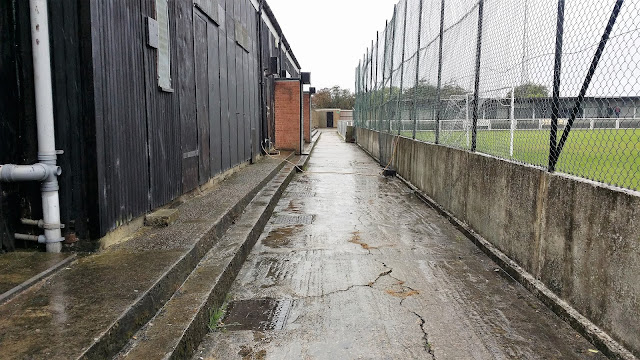 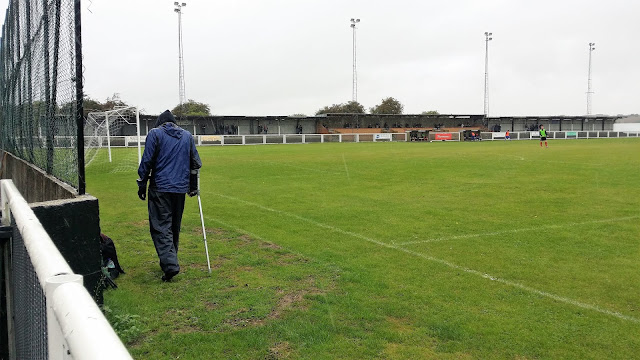 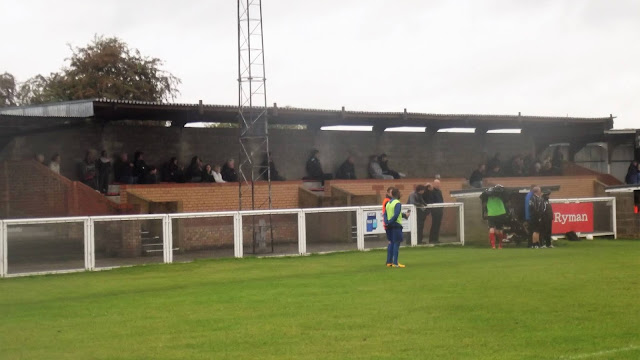 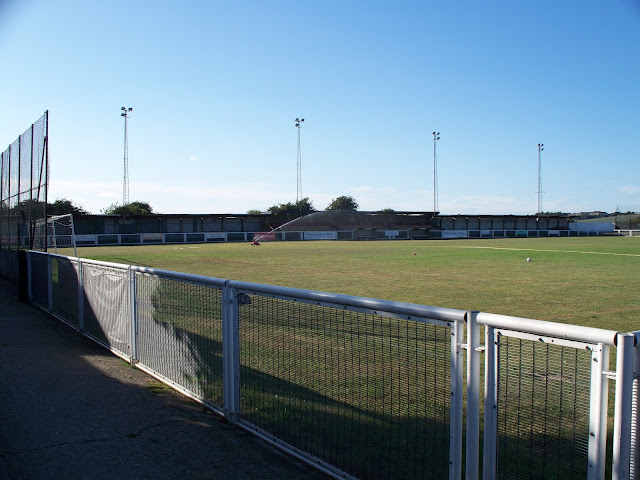 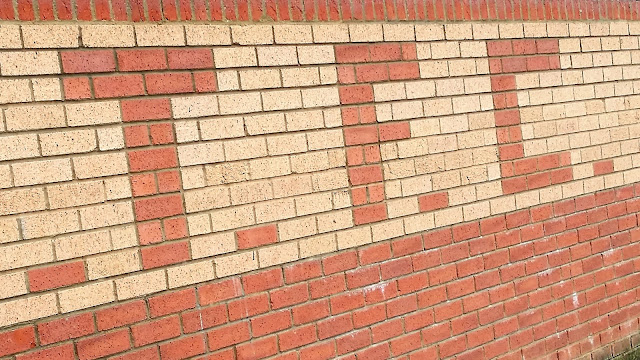 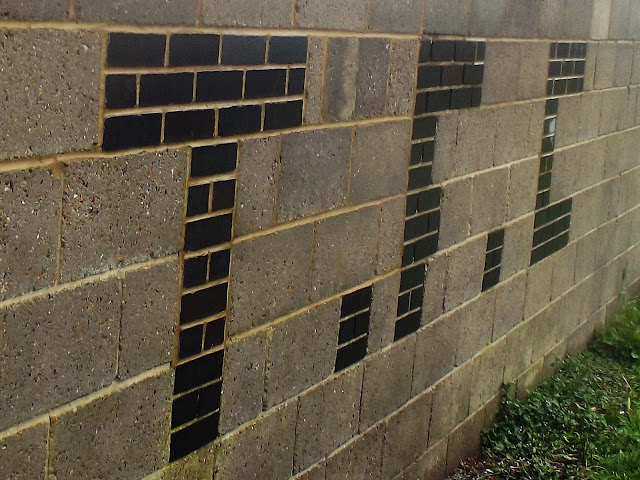 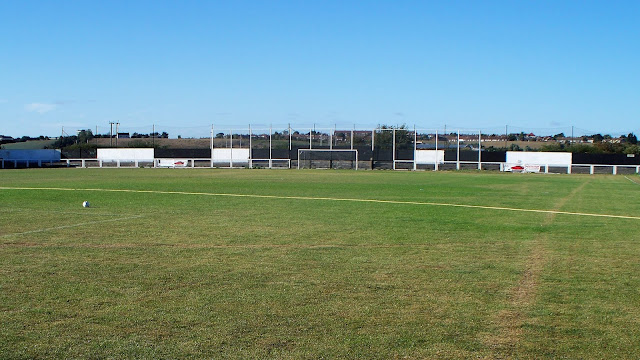