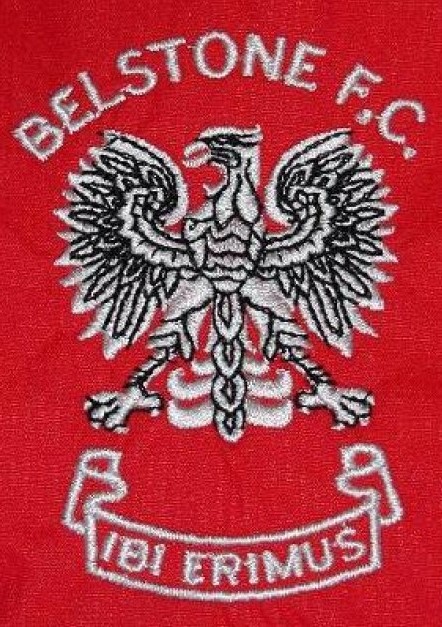 Belstone FC was formed in 1983 by 4 friends and originally played at the old GEC sports ground in Wembley. After the owners decided to sell this, the club played at a couple of temporary grounds before moving to their present home. They had to move on some travellers and spend quite a bit of money to get it back to standard as it was in poor condition when they took it over. They made their debut in the Herts Senior County League in 2010 and a season later they finished runners up and gained promotion to the Premier Division of this league. That season also saw them do well in the cups, getting to the Quarter-Final of the Auberry Cup and the Semi-Final of the Herts Intermediate Cup. The team had a chance of the League title if things went their way, sitting in 2nd place after the game. 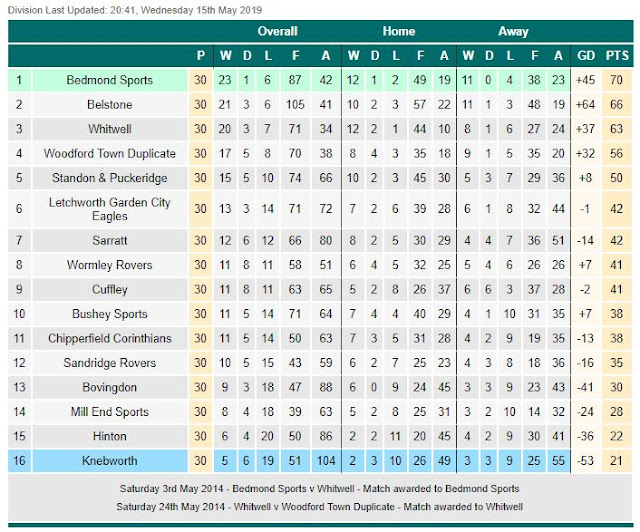 The football season was quickly running out and options were thin on the ground. With all step 6 and above options 100 miles or more away I decided to look at step 7. I asked on the Tony Kempster Non-League Forum whether there were any grounds with stands at step 7 and was quoted 2 - Bovingdon FC and Belstone FC. My initial thought was to go to Bovingdon as I could visit the Market there. I had not been for a few years and so a visit was well overdue. But I found out that they were not doing a programme. The other option, Belstone, said they might, and if not I could pick up a back issue. On the day of the game, I woke up quite early, just after 6 and watched TV in bed. Just before 9, I went out for a 2-mile jog before coming back and having a bath. I needed a couple of things and also wanted a look at some clothes so I went down town. My hunt was unsuccessful clothes wise so I went online and ordered a pair of trainers. I then had lunch before leaving around 1.30. The drive there was not bad and so I arrived at 2.15 and went in the clubhouse for a bottle of Bulmers which was slightly expensive at £4. They didn't have any programmes for today's game but they did give me a couple of back issues which is better than nothing and gave me something to look at pre-match. I watched some of the build-up to the Scottish Cup Final before going outside and getting some pictures. I did a head count and reckoned on there being 16 people in attendance including myself. The game was pretty even early on but with Belstone having the better of the chances. One name I did recognise from one of the old programmes they gave me was Lawrence Yaku who played in the Conference South with Maidenhead a few years back, though I had no idea if he was playing this afternoon. Also former Windsor & Eton captain Dave Tilbury. 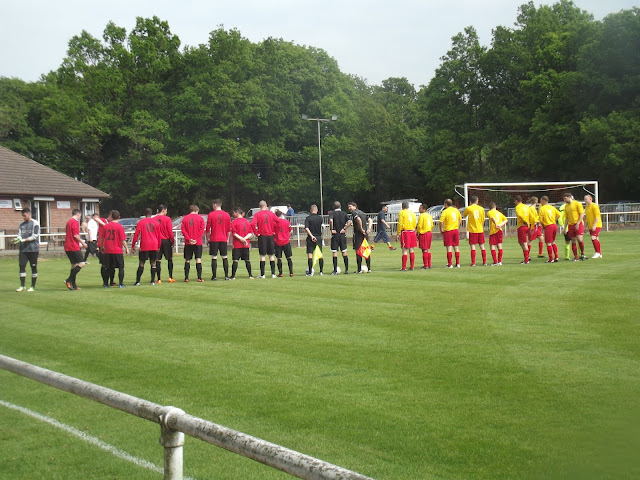 The home side took the lead on 23 minutes after number 25 for them won a penalty and got himself injured in the process. The Chipperfield manager wasn't too pleased but in any case, it was put away very well into the top left-hand corner to make it 1-0. Right at the end of the first half, the lead was doubled as the Chipperfield keeper made a mistake and allowed a weak shot to squirm past him. There was still time though for the visitors to have their best chance so far and they forced a good save out of the Belstone keeper who pushed it wide for a corner. At half time I went back to my car and listened to the radio for a bit while waiting for the second half to start. The second half continued to have plenty of chances for both sides and the woodwork prevented Belstone further extending their lead. The home side was on top but it was the visitors pulled one back with the best goal of the game on 75 minutes when a long range shot was drilled in.  That awoke the visitors a bit and they started to push forward and create more.  This was however at the cost of leaving gaps at the back and on the break, Belstone regained their 2 goal advantage with a simple finish from a good free kick. Almost immediately it was 4-1 with another effort from not far out and it looked to be game over. It was 5-1 on 85 minutes with a really well-worked goal as the Belstone number 9 was given a chance on a plate and he obliged with an easy finish. A couple of minutes later it was the same again, only up the other end as the visitors pulled it back to 5-2. It had been a decent game and well worth a visit to a decent club. It would be interesting to see whether they play evening matches as the floodlights didn't look up to much. Probably OK for finishing a game in poor light, but not for when it is pitch black. As for the game, I'd say the scoreline was a fair reflection of the game. Belstone were well on top but Chipperfield with their number 4 who looked about 50 years old played their part in an entertaining contest. After the game, I drove home and listened to the FA Cup final where Hull City roared into a 2 goal lead against Arsenal. On the road, an idiot sat at the green light for about 10 seconds and then proceeded to drive at 30 in a 60 limit. When I overtook him I saw why - he was on his mobile phone. There were a few more slow drivers before I got home at 5.30 where I watched the rest of the cup final and had dinner.

THE MEDBURN GROUND is one of the more basic grounds I have been to, but it's still pretty decent for step 7 and with the addition of better floodlights would be as good as or better than some of the step 6 grounds I have been too. There is just one stand and that has 12 seats in although there is cover for a lot more people standing. The clubhouse is pretty smart and does a basic range of drinks along with snacks like chocolate bars. It's quite pricey, but considering it was free entry with a couple of old programmes free too due to them not issuing today, I didn't mind paying £4 for a bottle of Bulmers. If you want more choice you can turn right out of the ground and go to a pub a few minutes walk away but I have no idea what it's like as I didn't go. 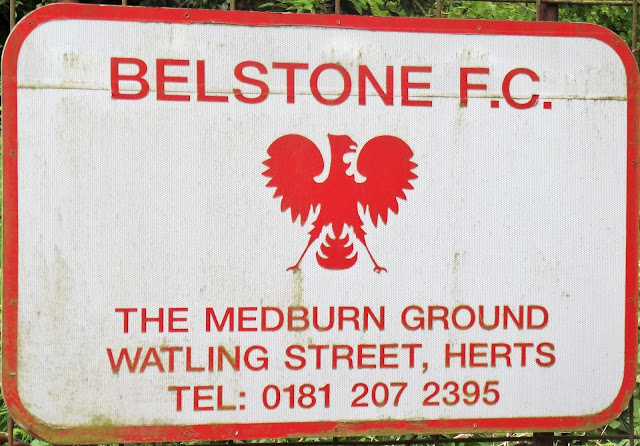 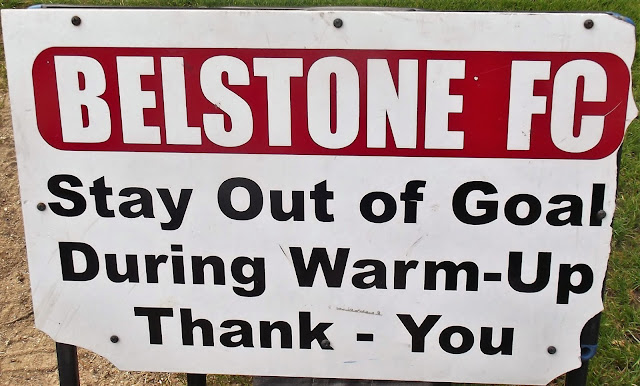 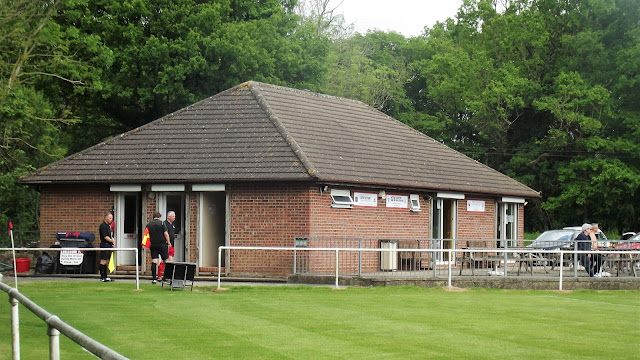 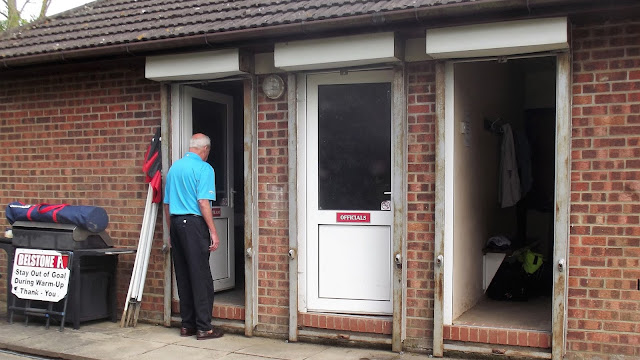 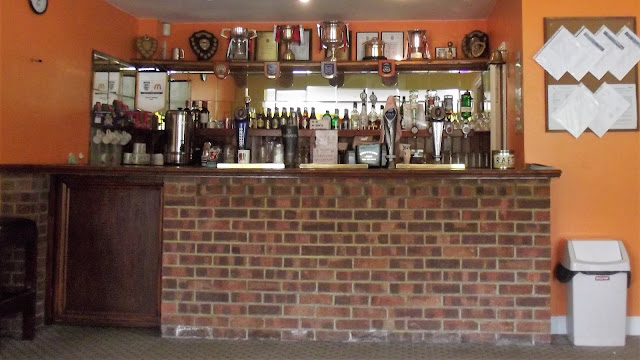 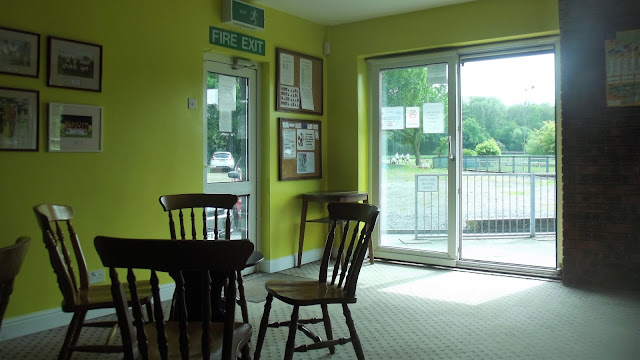 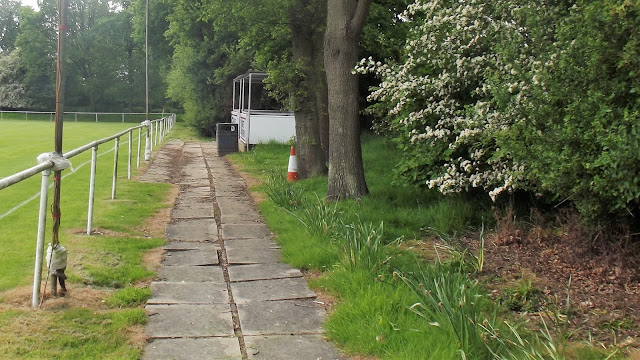 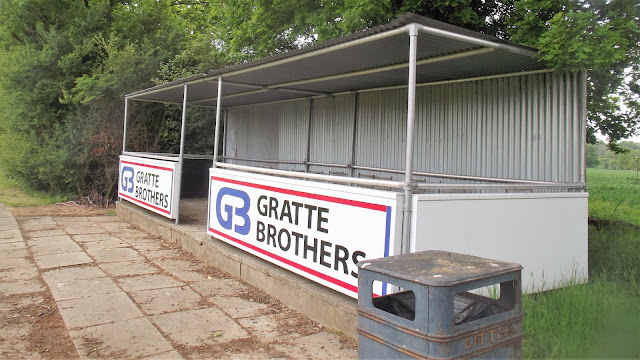 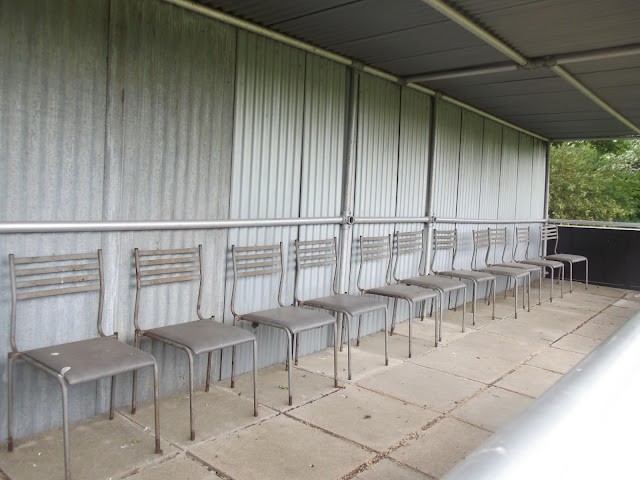 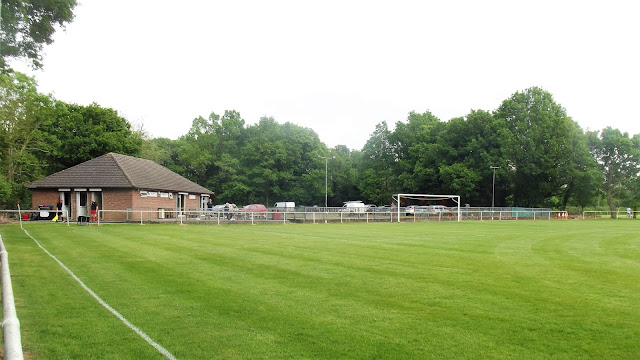 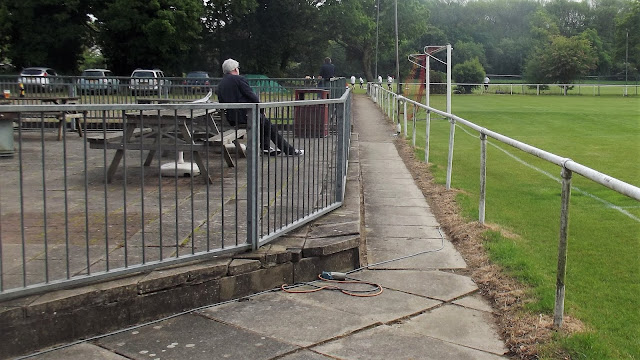 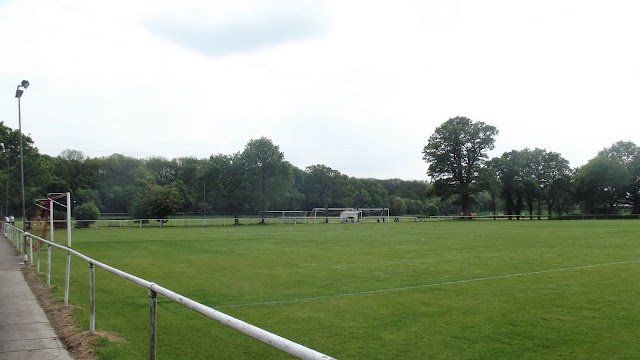 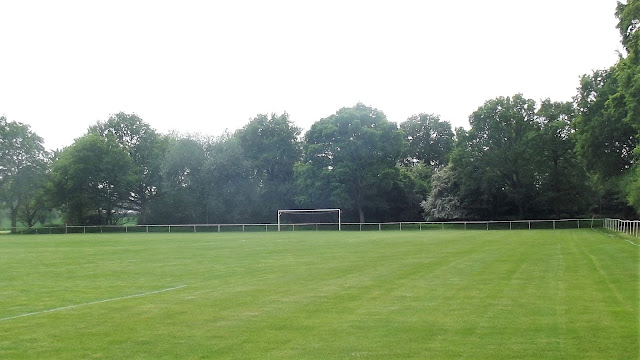 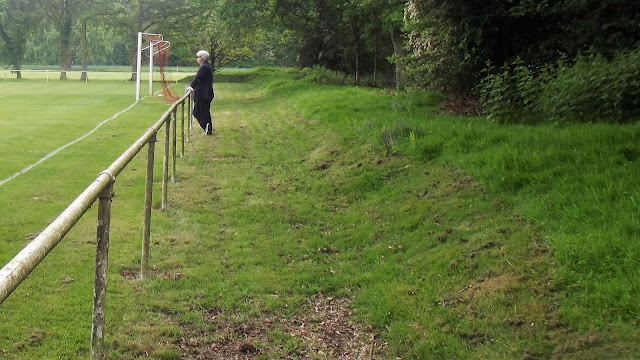