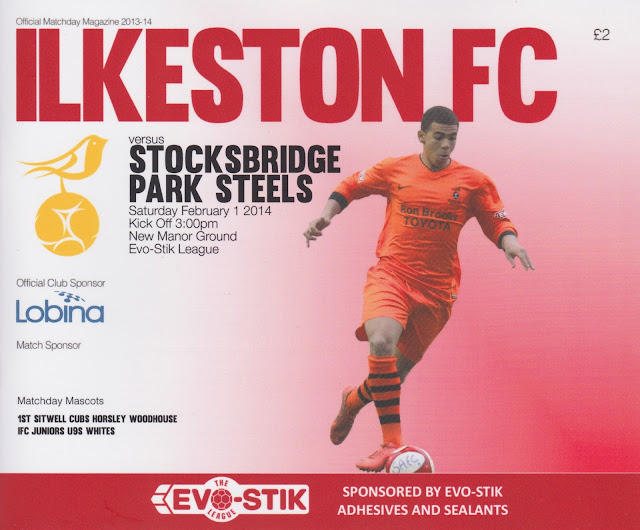 Ilkeston FC was formed in 2010 after Ilkeston Town went into liquidation. The original club got as high as the Conference North, even finishing 8th in the last complete season before their demise. But on the 14th September 2010, the club went into liquidation, having only played 6 games of their season. Supporters rallied round and after playing youth football for the rest of that season, they entered the NPL D1 South for the following season. Season 2011/12 turned out to be a successful one for the new club with them gaining promotion in the playoffs after finishing 3rd and beating Leek Town in the final. This meant they were just one promotion away from reaching the previous club's pinnacle. They finished in a safe mid-table position of 11th in their first season and were hoping to make a real push for promotion this season. At the time of this game, they were in mid-table again and would need a very good run of results to achieve their aims. All this information and more can be found on the info-packed IlsonFootball website. 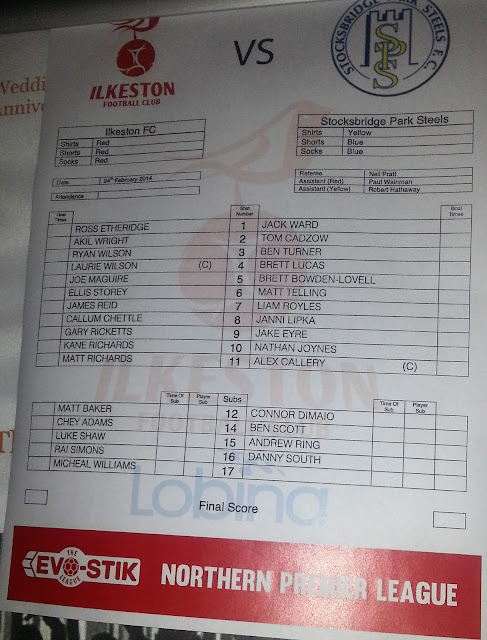 
Initially, I had planned to go to Southport on the following Saturday, but the fact that they were playing Grimsby and I could meet some mates again made me have a rethink.   I could also go to Burscough on the Saturday instead as that ground may not be around for much longer. Try as I might, I couldn't persuade Anwar to come with me, and so I decided to make the trip over a couple of days as I was up early at 4am on both the Monday and Wednesday. I started looking for games on Monday and had the choice between 2, Ilkeston and Atherton Collieries. At the time of planning I thought that I would be going to Atherton on my week off in a months time, however, this turned out to be false as they had moved the fixture that was planned for the Monday of that week back to the coming Saturday. This left me without a game for that Monday at present, but I will find something for sure. Fortunately, it was a fairly easy day at work on Monday so I was able to go home and have a bit of a chill before driving to Ilkeston. I also had lunch at home too and discovered that I could go and take a look at Marine and Formby's grounds on the way to Southport. It was good to have a break, I could have left straight from work but I didn't want to get to Ilkeston too early. 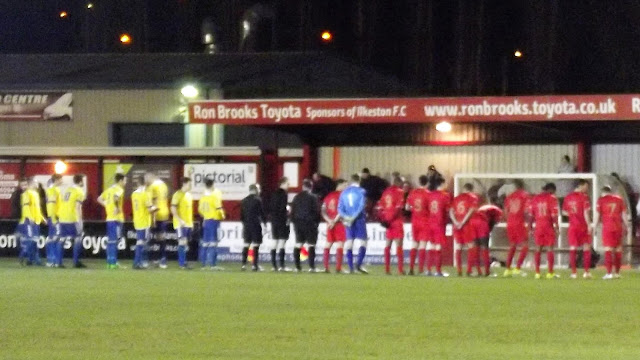 I left about 1.15 and despite some slow moving traffic on some of the single carriageways, I made up time and was parked up outside Ilkeston's ground by 4pm. I checked out Facebook and then walked into town to have a look round the shops. There wasn't a huge amount there but I picked up some sweets for the game from B&M Bargains. I then went off to the pub, having arranged to meet an Ilkeston fan, Alan, at a place called Spanish Bar. There I had a cider I had not tried before with ginger in it and also a half of Scrumpy. There was still plenty of time left before kick off and so I went to another pub and got Burger, chips and a pint for a fiver. It wasn't the most amazing burger I had ever had but it filled a hole and was great value compared to a takeaway. By then it was just past 6 so I took a slow walk done towards the ground and collected my camera and a few other bits out of my car. Due to being a club member, Alan got me in for half price which was a nice saving. I bought a programme for £2 and went to the club shop. It was all very modern but sadly nothing I fancied so I roamed around taking pictures until kick off time. The game ended in a comprehensive 6-1 win for the home side and Stocksbridge Park Steels look certain to be relegated come the end of the season with that performance and the fact that they are so far adrift from safety in the table. Video highlights from the game are included above and were provided by the home club's official website. After the game, I said goodbye to Alan and thanked him for the help he had given me with finding some good places in town. I then made my way to my hotel in Crewe, which as per usual for me was a Travelodge. They are by far the cheapest hotel chain, have the convenience of a 24-hour reception so you can turn up when you like and are clean and comfortable. True to form the room was fine and so after around an hour looking around on the internet and watching an episode of Coronation Street on ITV Player I went to sleep, getting the best nights rest I'd had in a while.

The NEW MANOR GROUND is a smart and modern ground, which is all geared up for the Conference North and possibly the Conference National too. The most striking feature is the elevated stand in the corner which looks like it is for season ticket holders only. It has a clock on its corner too, looks smart and looks like it offers a good view. There is further cover provided around the ground, including some seating along one side.

The tea bar is pretty good and the chips that I had were fine. The club  shop offers mainly leisurewear and more expensive items and no old programmes. The bar is big, but none of the money goes to the club I was told, so you are probably better off drinking in the nearby town where there are some nicer places, with more choice. The programme was quite unique in its small size. It was well presented with an average amount of stuff to read, though it did lose points for being an old issue (for the original postponed game) with no insert. 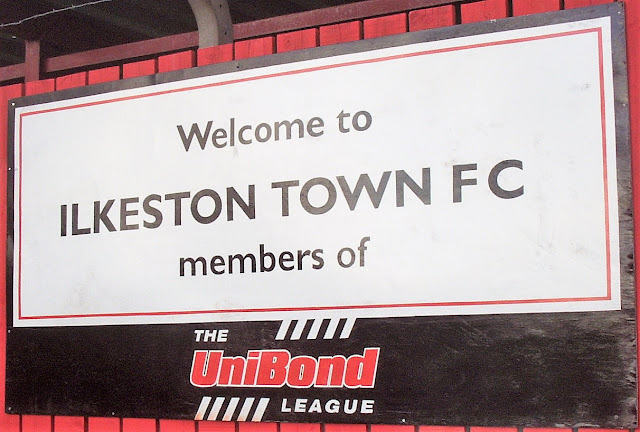 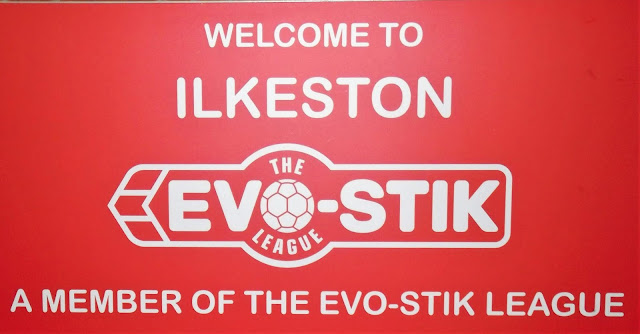 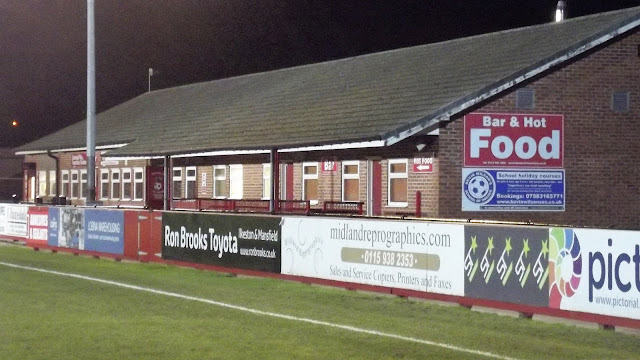 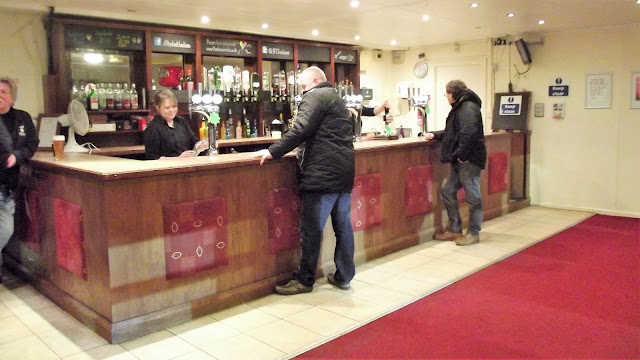 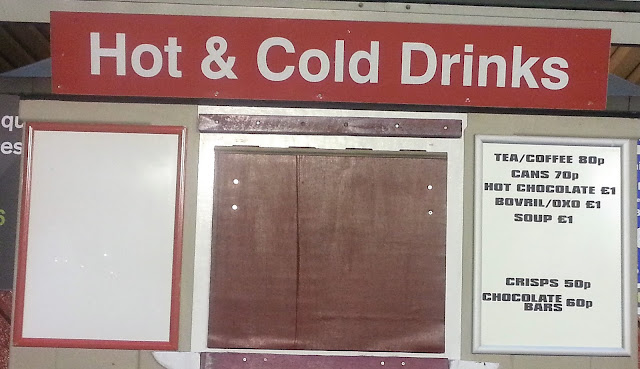 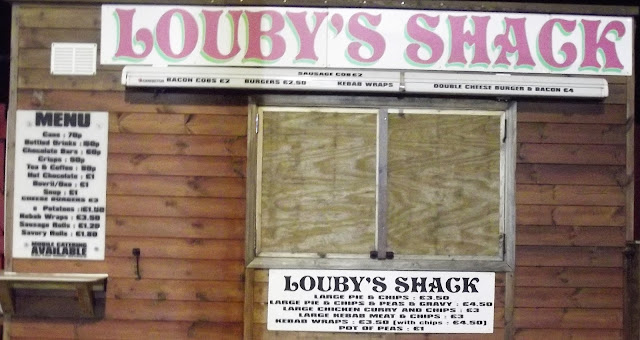 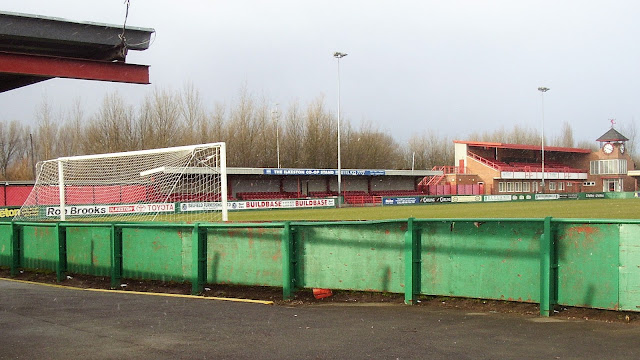 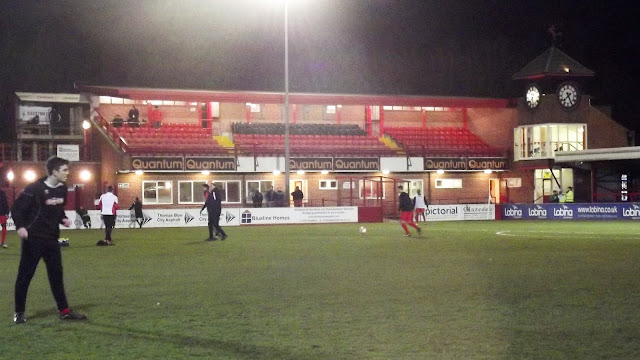 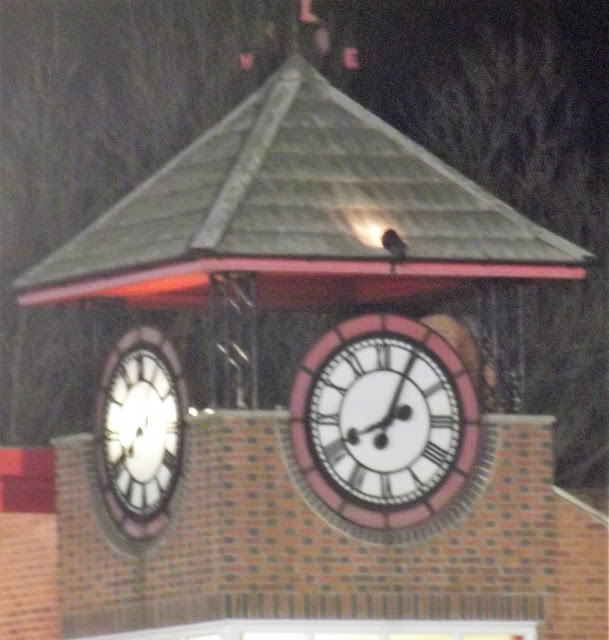 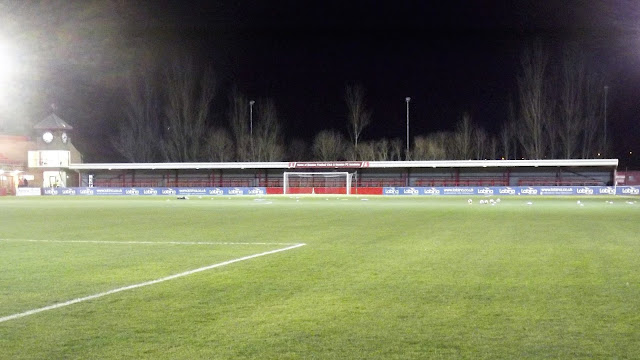 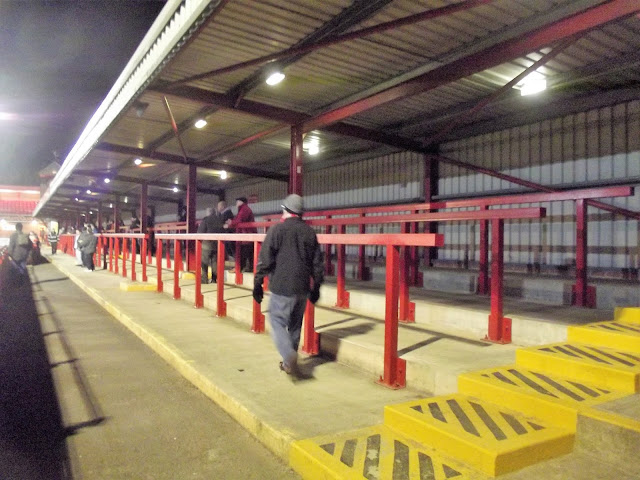 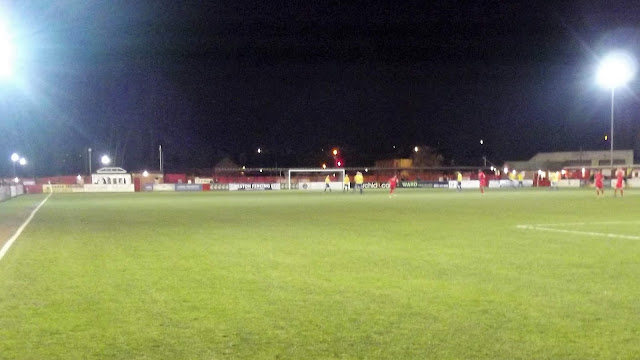