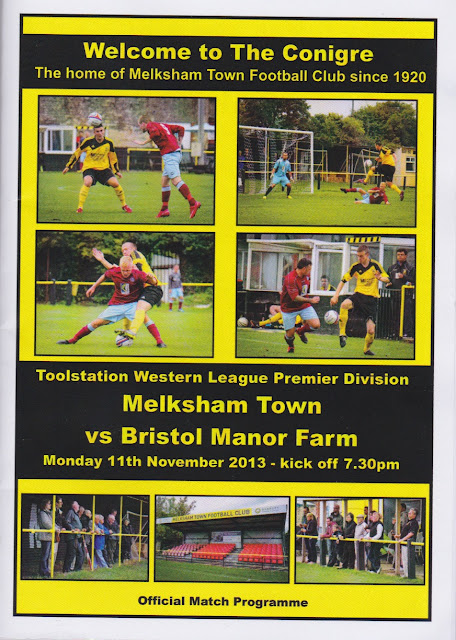 Melksham had won 4 games in a row before tonight's game, and that run had lifted them from near the bottom of the league, right up to 14th and mid-table safety. The visitors, Bristol Manor Farm were in 3rd place, with plenty of games in hand. This was due to a pretty decent cup run that had seen them get to the 2nd Qualifying Round. It was a good season for Western League clubs in the FA Cup, with Brislington reaching the 4th Qualifying Round - one step away from drawing the likes of Sheffield United and Wolves. In the end, they lost 1-0 to Skrill Premier side Welling United. When Bristol Manor Farm and Melksham Town had met down in Bristol earlier in the season, it had been a thumping 6-0 win for the home side, and revenge, or maybe trepidation must have been on the minds of the Melksham team. 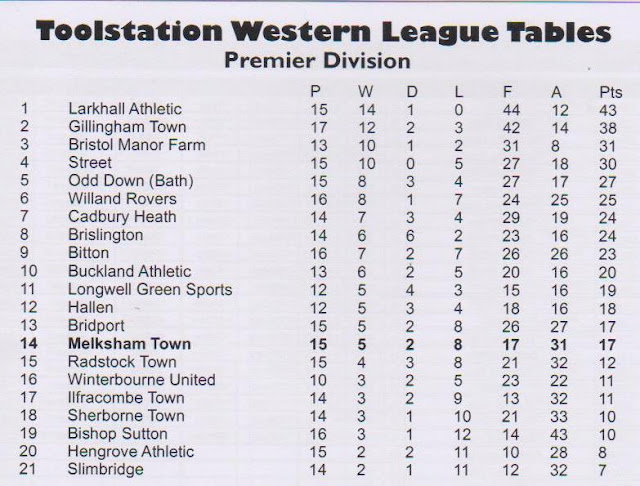 This was the start of the second week off, and I was determined to get some more football in. Initially, I was going to stay up in a hotel and watch Gresley v Eastwood Town on the way up to Grimsby. But I had second thoughts about paying for a hotel when I could do it as a groundhop with Anwar and come back the same night before setting off the following day. This turned out to be a wise decision, given the events that were about to happen and I was pleased when we agreed to do a groundhop as it would save me cash and give me company for the trip. Initially, we were planning on going to Redditch United v Rugby Town as it was the nearest to us. I'd even spent around 40 minutes setting up my blog by writing the introduction and doing some research on the 2 teams, but that game bit the dust early morning. Next in line was the original plan - Gresley v Eastwood Town, subject to a late afternoon pitch inspection. Indeed that's where I thought I was heading as I left the house at 4.40, getting to Anwar in Aylesbury at 5.10. But looking on Twitter, a decision had been made at 5.02PM that the pitch was not fit. If I had seen this before I left home I would probably have stayed in as Monday is a good night for TV and also one of my favourite meals of the week at home in cold meat, beans and chips. Also, I was still trying to concentrate on the top 4 levels of non-league football, and Gresley was the last option on the night for a new ground in that respect. One game that had been confirmed on was Melksham Town v Bristol Manor Farm, this being at level 5 of non-league and in the Western League. Melksham is probably the most easterly of these, and therefore one of the nearest to us. We were both in the mood for a game, and so confirming on Twitter that the situation was still the same, we set off. 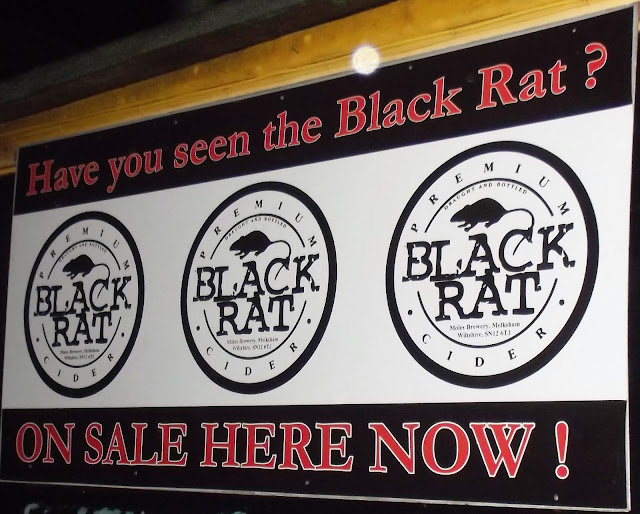 The game had been confirmed on at around 10am, but with other biting the dust since then, I thought it would be prudent to check. My sat nav estimated we would just about make the stated kick off time of 7.30 and despite some slow moving traffic on single track roads, we got there around 7.15. It was a nightmare finding the ground with the sat nav not entirely accurate. I tried Google Maps, but that too led us to a dead end, down a cul de sac. We tried to follow the ground using the floodlights but that again proved fruitless, and we couldn't get near the ground. I tried the postcode, but again that didn't take us all the way and in the end, we asked someone who finally guided us the last few hundred yards. Maybe it would have been a lot easier in the light, but with it being pitch black it was really hard to see that we were supposed to take the middle of 3 entrances. It was busy too and we finally found a parking space at 7.40. I was pleased to hear the tannoy in the background playing music, meaning that the kick off must have been at 7.45, that is unless the club had taken the unusual step of playing music during the game. We both paid the £4 entry for an adult which in my mind was an absolute bargain, especially as the programmes are free - many clubs at this level of football charge £6 or £7 and then extra for the programme. I was starving by the time the match started, and all the tea bar seemed to do was pasties and sausage rolls. Fine normally, but I wanted something more substantial and so went on my Just Eat app on my phone and ordered 2 pizzas and some onion rings for me and Anwar to share, all for the pretty good price of £10. The food arrived swiftly within about 10 minutes and despite the Polish driver having trouble finding us, and me having trouble understanding him, we got our food within a few minutes of his phone call and it was still piping hot. It was also one of the best takeaway pizzas I have had, so hats off to Chicken Hut in Melksham for this. At half time I was pleased to find a cider that I had not had - Black Rat Perry, a first at a football ground as they usually just take the easy route and order generic stuff, and I wouldn't have bothered with having a pint. It was delicious and was only £2.50 a pint, the evening was getting better and better. 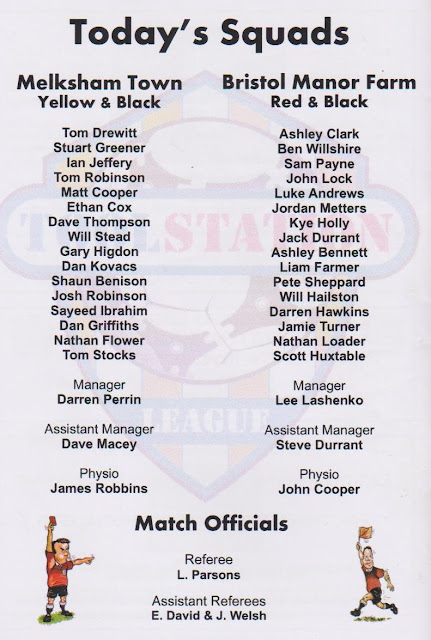 As for the game, Bristol Manor Farm looked by far the better team. The game had barely started when a Melksham defender turned a good cross into his own net. It was 2-0 on 8 minutes after a penalty was converted. The visitors looked as if they could score at will but it was a really special goal for the 3rd as a lob over the keeper pretty much killed the game off. The first half was very entertaining but the game died down a bit in the second. Melksham did pull one back on 60 minutes with a close-range finish but the comeback never looked on. A mix up in the Melksham defence made it 4 moments after and the misery was complete right at the death as Bristol Manor Farm ran out convincing winners and looked very good value for their league placing. The trip home was a pretty decent one if one of the longer ones that we had done together on a midweek night. We stopped at ASDA on the way back to get something to eat and I also got a few bottles of the local cider that were unavailable in the Wycombe store. We left at 10PM and were back in Aylesbury about 11.20, with me getting back home at about 11.45.

THE CONIGRE is a real gem of a ground, a very traditional venue with plenty to see. It's covered on 3 sides with terracing along the side and behind one goal. There is also a seated stand holding around 250 that looks more modern than the rest of the ground and looks like it could be moved and reused when they move. The bar is excellent, but the tea bar is a bit basic as you would expect at this level. There wasn't a club shop that I saw. There is a town nearby which I recommend for food options, but I doubt you will find better choice and value than their bar offers. 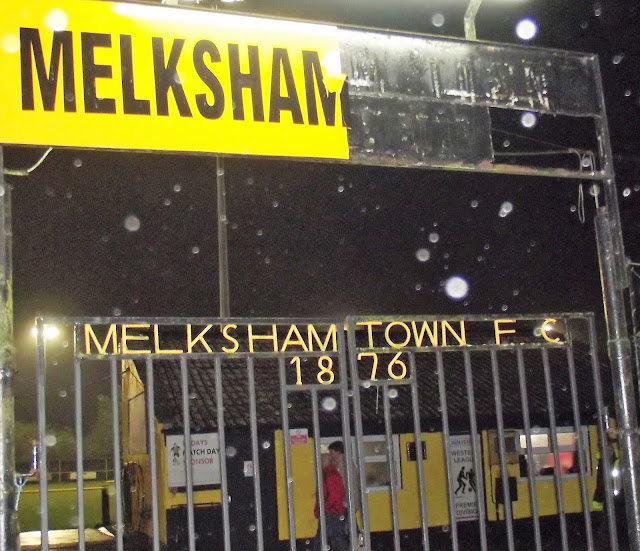 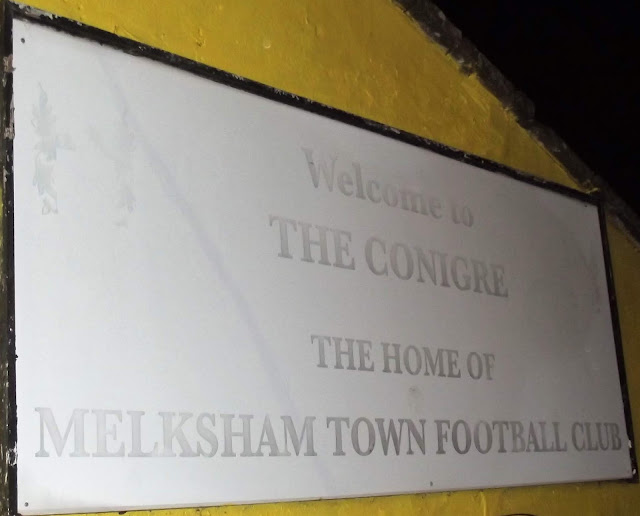 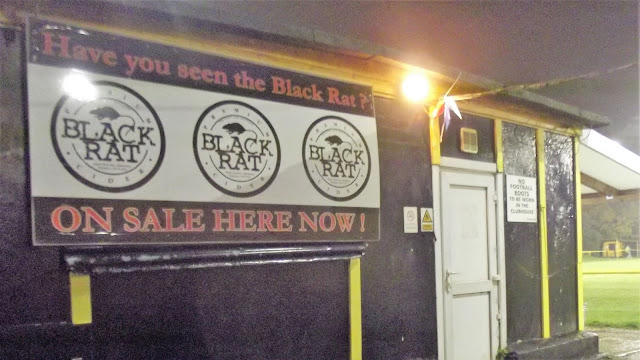 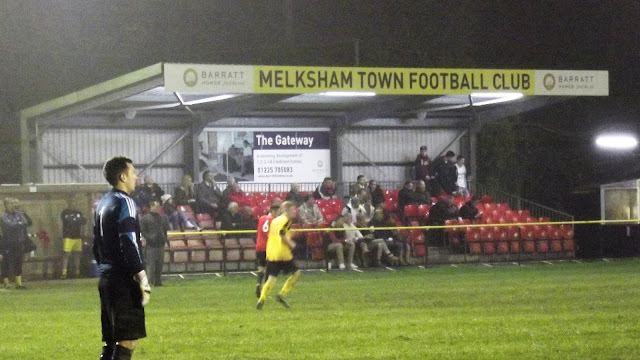 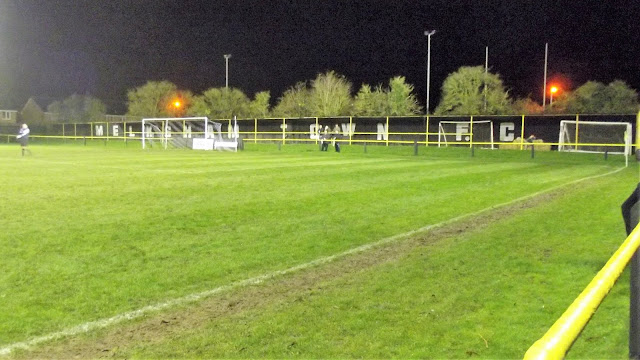 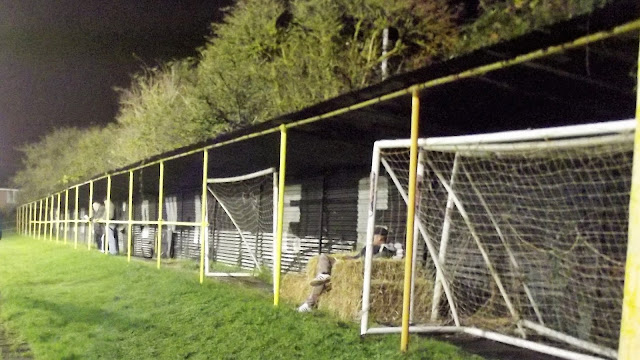 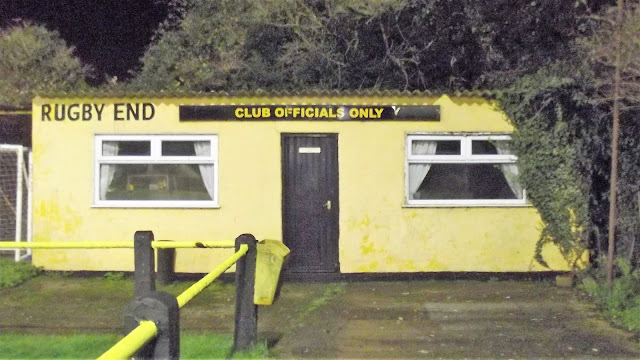 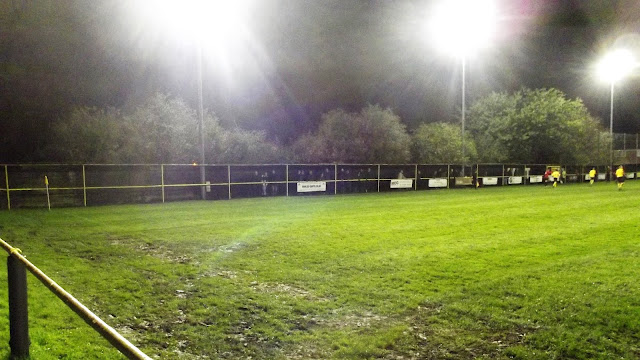 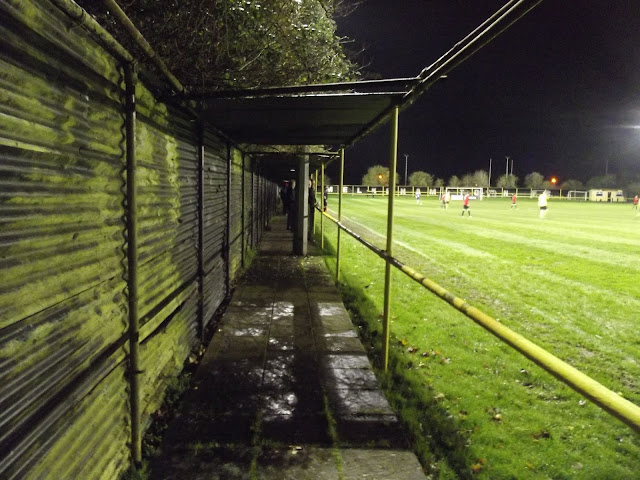 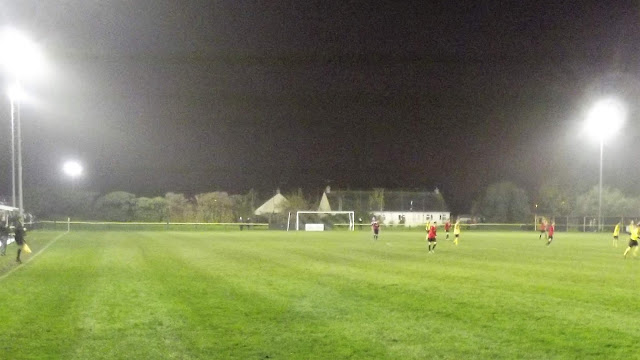 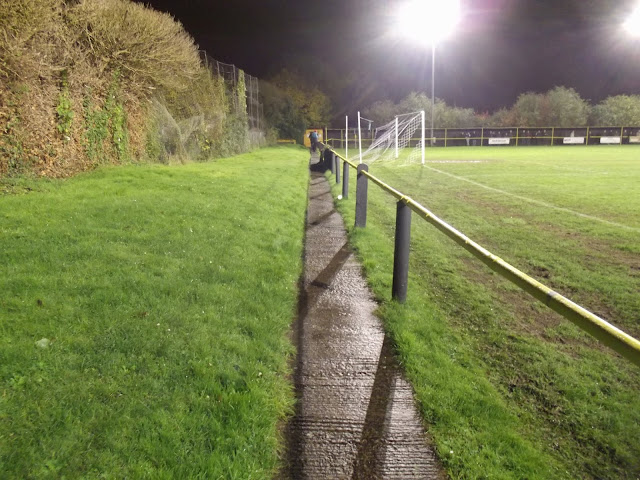