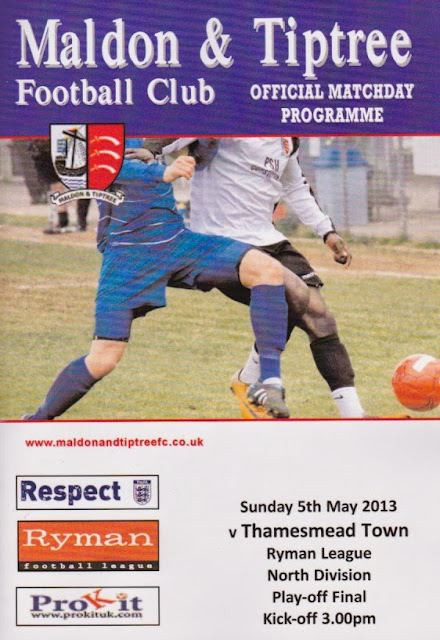 The Ryman League playoffs had provided excellent value entertainment wise in the past, last season's 4-4 draw between Bognor Regis Town and Godalming Town was followed by a decent game at Thamesmead last week. After seeing the home side play so well, I was determined to see the conclusion of their playoff saga, which would be played on a Sunday at the home of the other playoff winners, Maldon and Tiptree. They had overcome Aveley on the same night that I had watched the Thamesmead game. Maldon and Tiptree had an incredible home record - from 21 games they had won 16 and drawn 5,  remaining unbeaten so it would be a big ask for Thamesmead to pull off a result. On the day, I was working, but not as late as expected. I finished at 9.30, so I had a bit of time to chill at home before I left for the game. I was in a pretty decent mood, having the next 2 days off would bring me a much-needed rest. I spent the time catching up on Facebook and my YouTube subscriptions, as well as finalising my games for this season. At present, I have 122 planned but want to make it 125 to mark Wycombe's anniversary. Game 117 was today and it would be a landmark, matching my previous record of the same number in the 2003-04 season. That season I was mainly doing Wycombe reserves in the afternoon and AFC Wimbledon in the evenings pretty much every Wednesday, so they mounted up without me getting many new grounds in. This season I was already hitting 70 plus grounds, and although it had taken me lots of time, both visiting and writing on here, as well as costing a lot of money, I had really enjoyed it. I'd met some great people and been to a lot of new places, which bought many memories. 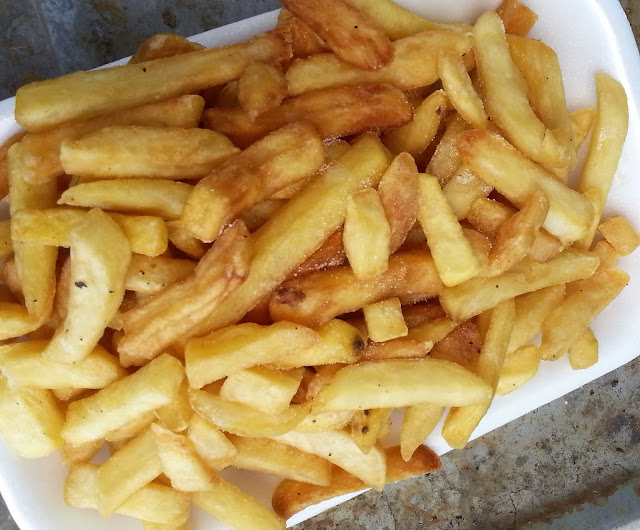 I left at around 11.15, as it took around an hour and a half to get there, and I wanted to get to a pub that I had spotted on my CAMRA app. Usually, the M25 was terrible, but today there were no such problems. What a shame that the roads at either end were slow, especially at the Maldon end, where they were holding their annual 'mud race' and so the roads were packed for this unique (as far as I am aware) ritual. I listened to the Non-League Podcast on the way, and then BBC Radio Essex provided some comedy gold with their Sunday afternoon quiz, with some pretty daft answers. For example "Who won the 2006 Football World Cup was answered with "Manchester United", "I can't think of any countries" and "Japan" before someone got the correct answer of Italy. Along with the awful TV show TOWIE, it hardly painted a great picture of an already much-maligned county. I got there about 1.30 after crawling through traffic and dumping my car in a side road. I was hoping that a local pub, the Royal Oak, would brighten up my day. Initially, it didn't, with the barman saying they only had the widely available Stowford Press on draught. But as I was leaving I spotted a poster for Sandford Orchards cider on the wall and asked did they have any. He said that he would check the delivery and bought me out 2 thirds (for free) as a sample. I bought a half of the second one which turned out to be North Downs cider and was very nice indeed. After I had drunk that, it was 2.20 and I left for the ground, getting there about 2.45. After paying £8 to get in, I bought a programme for £2. 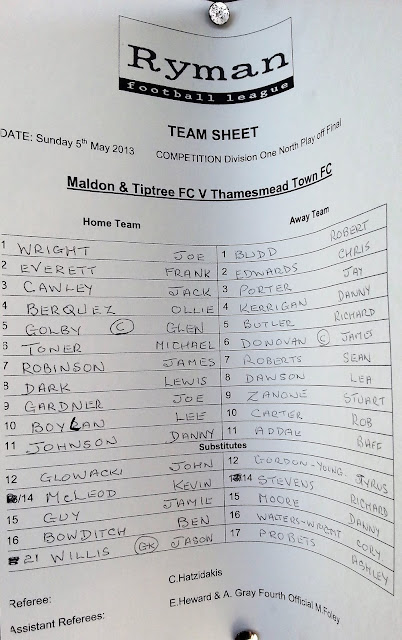 Maldon were much the better side in the first half and they went ahead after 8 minutes when Ollie Berquez poked home a cross. Four minutes later, the hosts lead was doubled, Lee Boylan netting from close range after the keeper could only parry the ball. They continued to have the better of the game but it was Thamesmead who scored next on the half hour, Stuart Zanone with a great goal. It was 2-2 before half time, Chris Edwards scoring from the spot after a shirt pull in the area. despite plenty of chances, there were no further goals and it went to penalties. Thamesmead keeper was the hero, making a number of great saves to help his team win 4-1. After the game, I had a much easier journey home. I was quite hungry but completely forgot that it was Sunday and the supermarkets closed at 4PM. So I was nearly home by the time I stopped off at Tesco Express for some Cornflake cakes. I arrived home at 7.20, having enjoyed another good game. I was pleased that Thamesmead won, out of the 2 clubs that I had visited, I felt that they deserved it more. 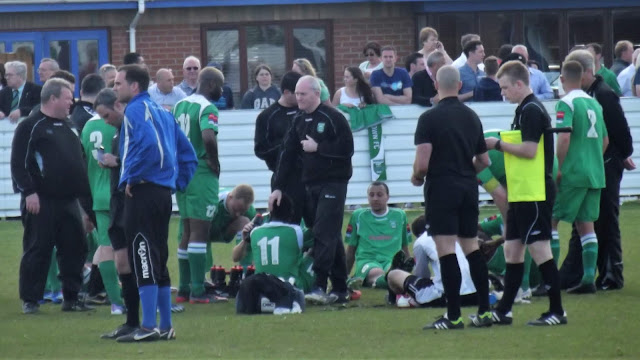 THE WALLACE BINDER STADIUM is pretty average for this level. There are 2 seated stands, one behind the goal and one along the side, seating about 450 between them. The rest of the ground hard standing, although there are grass banks around that offer a good vantage point. The club bar is large and has SKY TV, and they also sell a small range of souvenirs there. As for the tea bar, the portion of chips for £1.20 was large, but not the best tasting I have had. 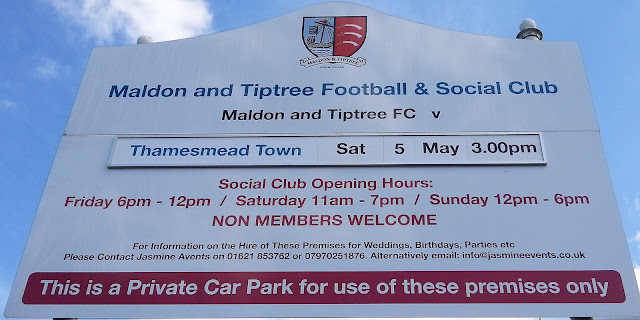 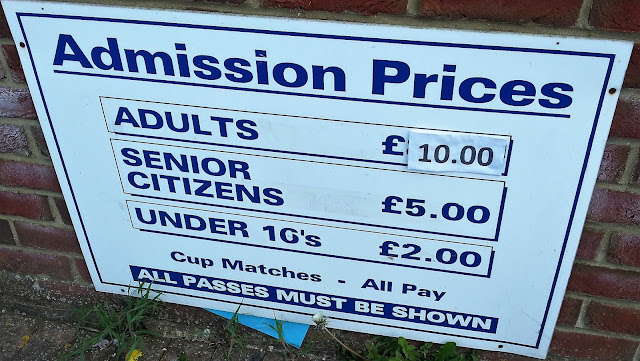 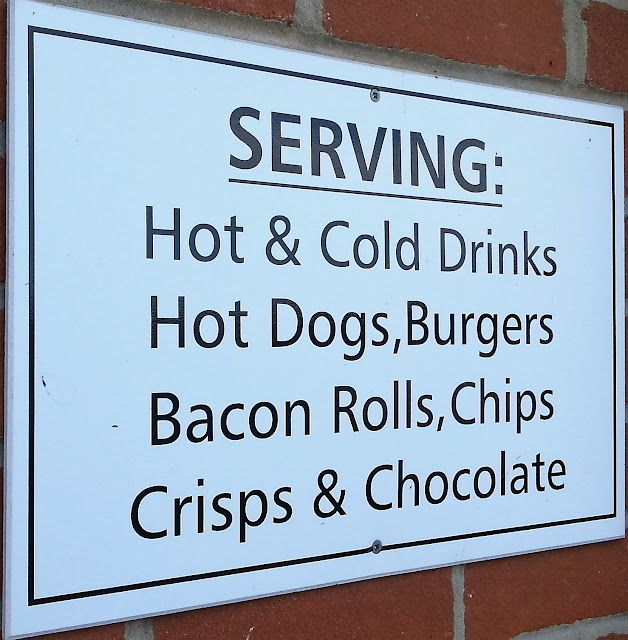 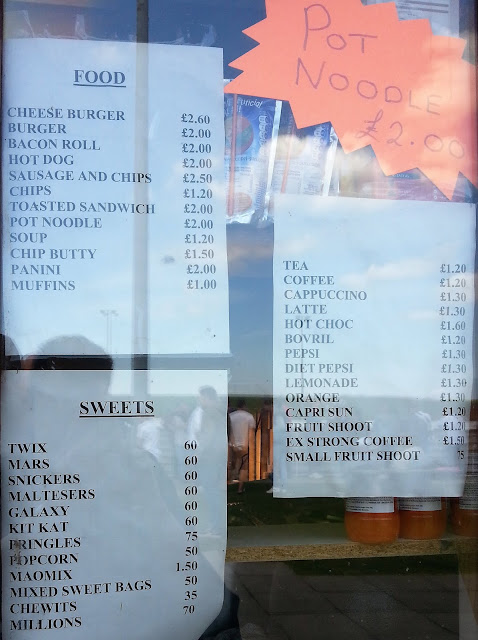 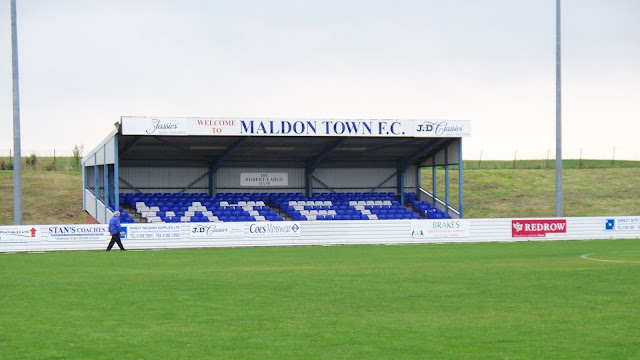 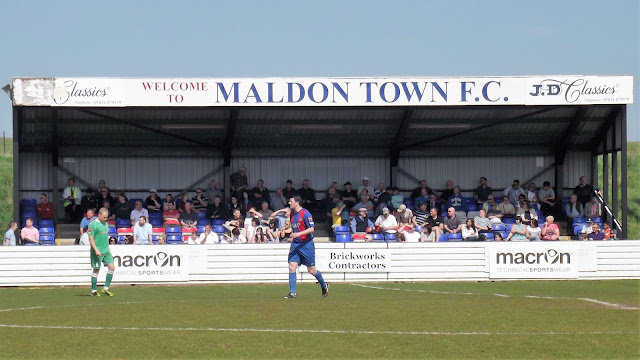 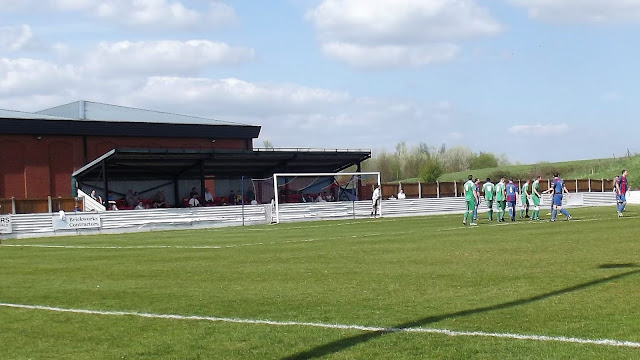 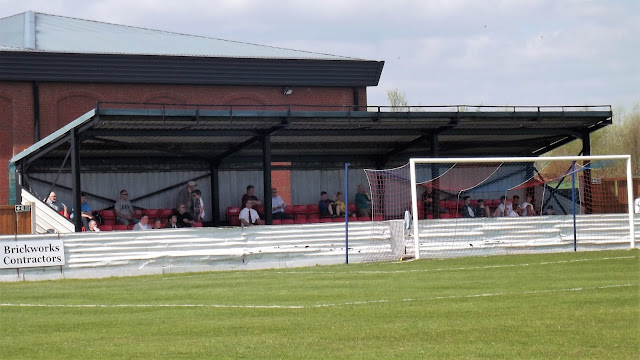 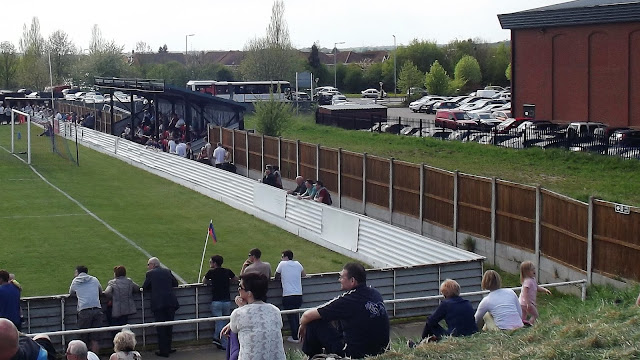 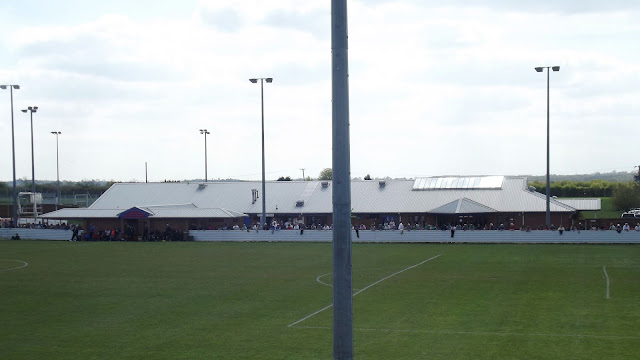 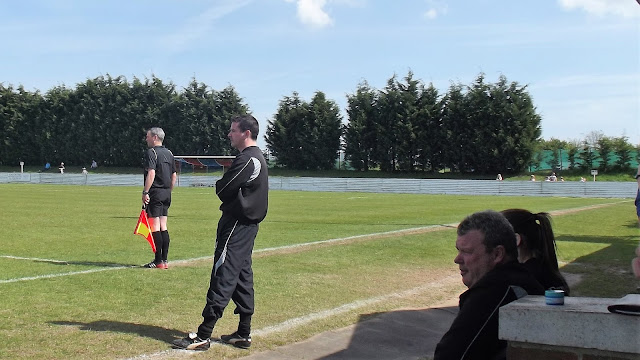