For the 3rd match in my three-day treble, I decided upon Everton v Arsenal. It was originally going to be a non-league game at Carlton Town, but some fixtures were rearranged and so I had the opportunity to tick off one of the ever-dwindling list of the 92 Football League clubs that I still have left to do. On the day I had to leave my hotel by 10am and with breakfast finishing at 9.30, I checked out at 9.15 and went and had breakfast before setting off just before 10. First stop was Bootle FC to take some pictures of their ground - the Delta Taxis Stadium which was pretty decent for North West Counties League level. After that, it was a short journey to Goodison Park, where I parked up for free in a road called Heathcote Road and after taking some pictures of the outside of the ground in daylight, before getting a bus into Liverpool city centre. Whilst there I went shopping, went down to the Albert Dock and saw some of the Beatles museum amongst other things. Then it was to a great pub called the Ship and Mitre, which had about 15 different ciders on and were having a festival. After 4 halves, it was getting near 6 and so got a taxi back to the ground as I couldn't be bothered to go and find where the bus stop was. It cost me over £7 though, and added to the £13ish that I had spent in the pub, it was turning into another expensive day on my week away. After chucking my stuff in the car, and getting my ticket I went and got some samosas and chips from a local takeaway before making my way into the ground. 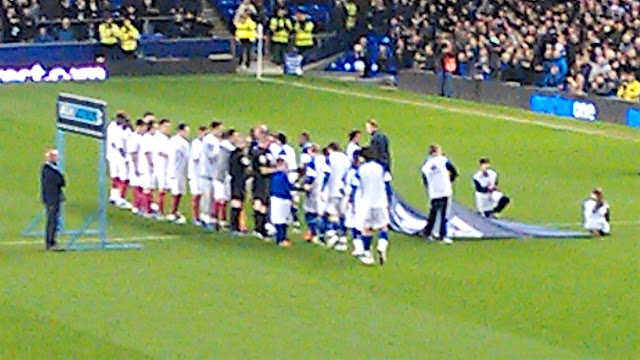 I had paid £34 for my ticket (one of the cheapest I could find) I thought it was going to be quite a decent view, being near the top of the lower tier of the Gwladys Street stand. But as well as a low roof, there were pillars in the way. The view wasn't horrendous but was pretty poor and I was glad in the second half when I could move down a few rows and get a better view. The game wasn't up to much really, easily the least entertaining of the 3 I went to this week. Thomas Vermaelen's goal for Arsenal on 8 minutes won it for the visitors. There were a few other chances, but no one really came that close. After the game, I got out of Liverpool quite quickly and thought I was in for a nice clear run home. How wrong I was. A two-hour delay on the M6, thanks to the idiots closing between 2 junctions and not making adequate arrangements to keep the flow of traffic going. There were a large number of Leicester fans coming back from Blackpool as well as the Arsenal fans from Everton who were caught up in it, despite the "scoreboards" above the motorway promising only a 10-minute delay. I eventually got home at 3am, after 3 days of football, 820 miles done in my car and a considerable dent made in my wallet.

THE GROUND
GOODISON PARK is a real old style football ground, and while it looks great and more interesting than the modern stadiums, there are a lot of seats with a poor view. I was in the Gwladys Street end, which was 2 tiered and behind the goal. Opposite me was the Park End, the only modern stand in the ground. The 2 stands along the side are older stands - the one on the right being the bigger one, with 3 tiers, while part of the one on the left housed the away fans. There are numerous pubs and takeaways around the ground, so you won't go hungry or thirsty, but a trip into Liverpool is well worth the effort. 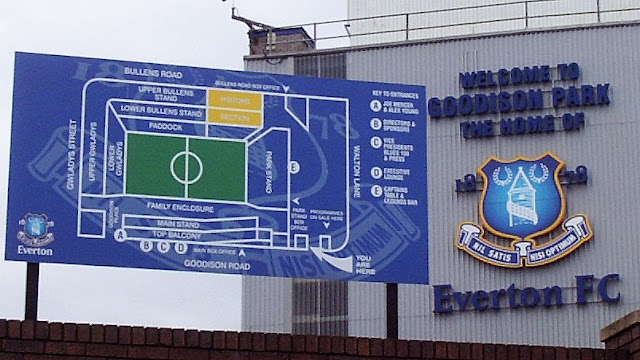 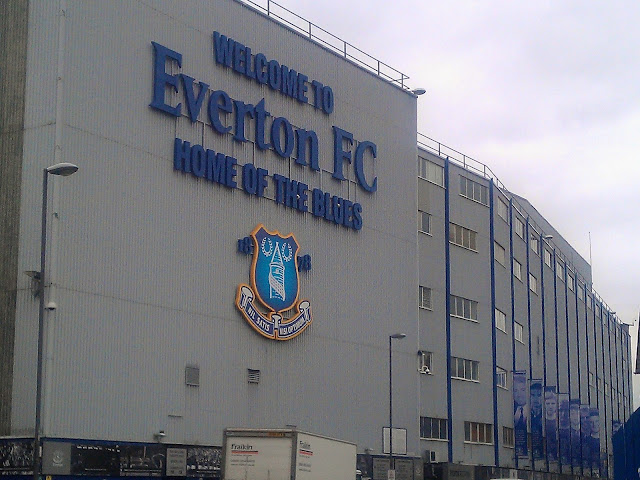 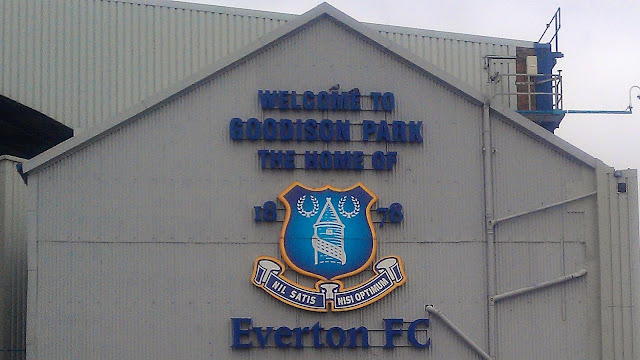 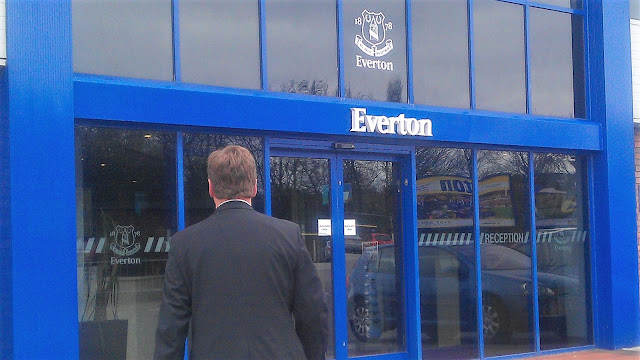 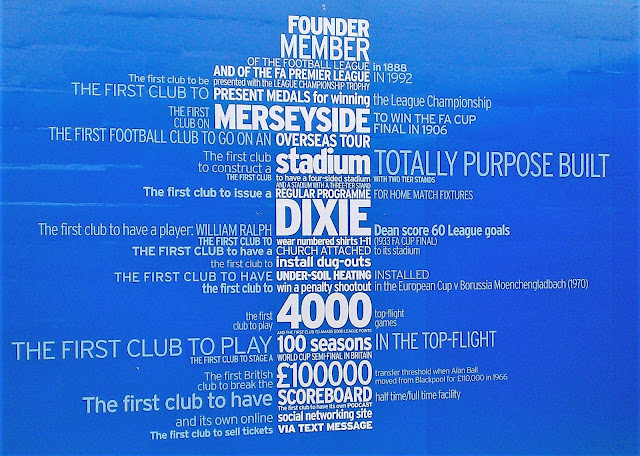 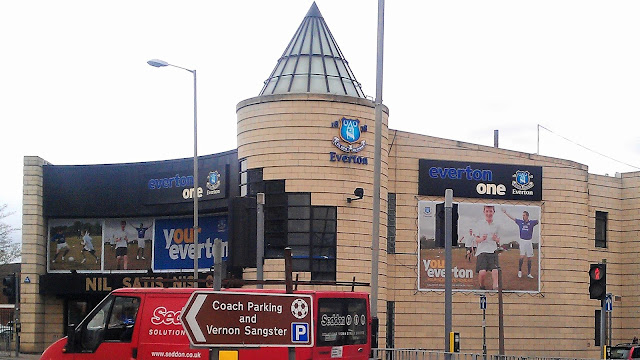 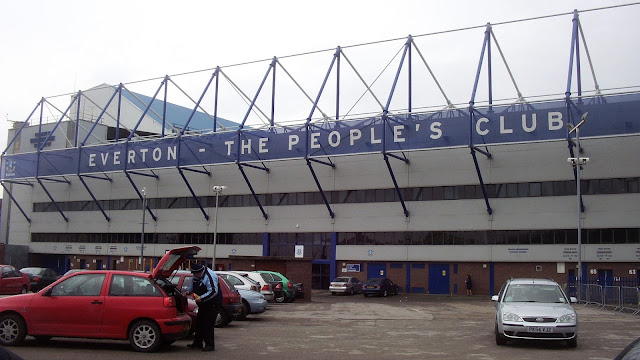 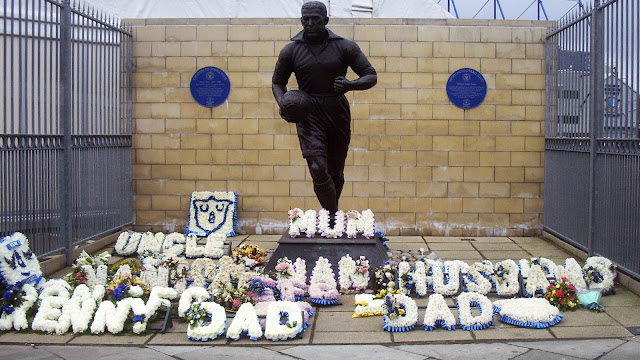 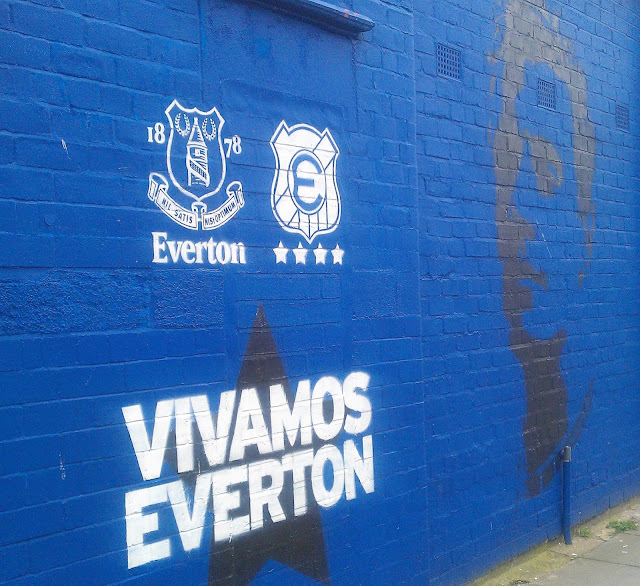 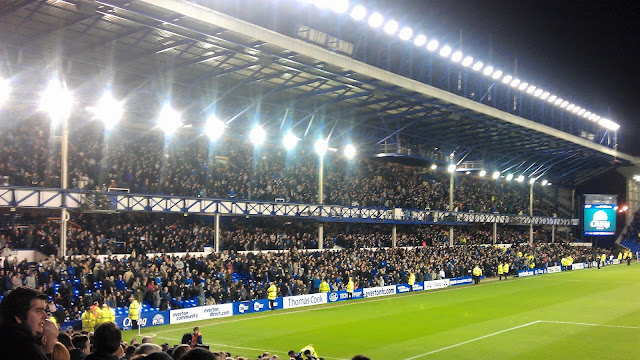 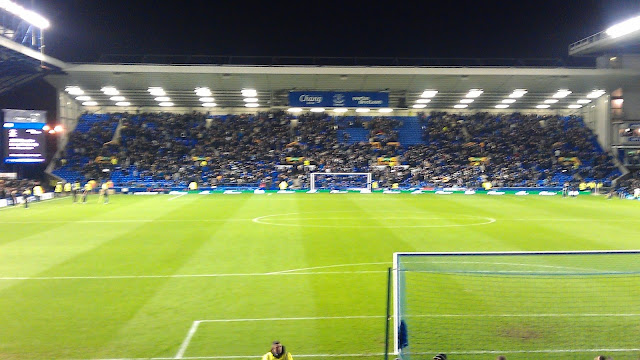 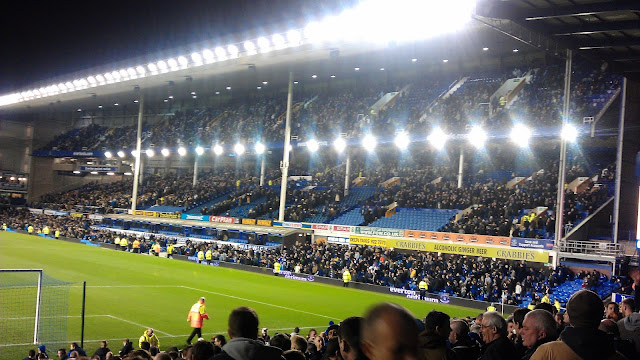 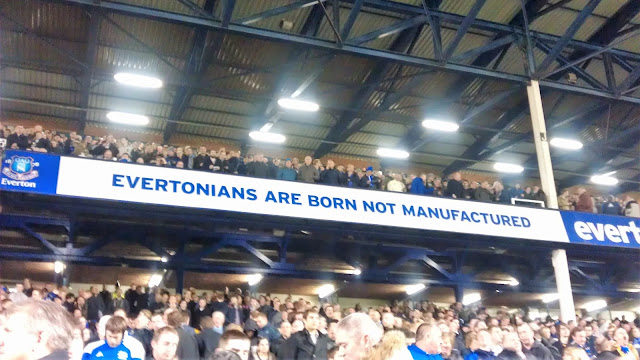