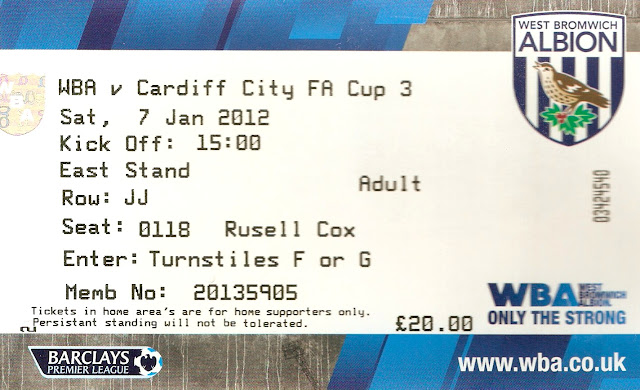 As Wycombe's game against Huddersfield was switched to a Friday night, owing to being picked as a live game by Sky TV, I had the opportunity to take in another game on Saturday. I am working towards completing the 92, and after looking at prices and travel cost, I narrowed it down to 2 choices. In the end, West Brom v Cardiff won out over the alternative at Doncaster, as it was a lot easier to do on the train. I had prebooked my ticket before, at the fairly cheap price of £20 for one of the best seats in the stadium, right in the centre of the East Stand, high up on the halfway line. I also got a bit of a bargain on the train tickets, £5 each way to Birmingham from the website RedSpottedHanky and then only £2 for a return to The Hawthorns from there. It would have cost me £30 in petrol, plus parking, so it was a bit of a no-brainer to be honest. The only bone of contention was that I had to get exact trains in and out of Birmingham, namely the 09:23 from High Wycombe and the 18:45 back from Birmingham. But it was a sacrifice worth making considering the saving. And I could get to have a look round Birmingham, taking particular interest in finding a decent pub! 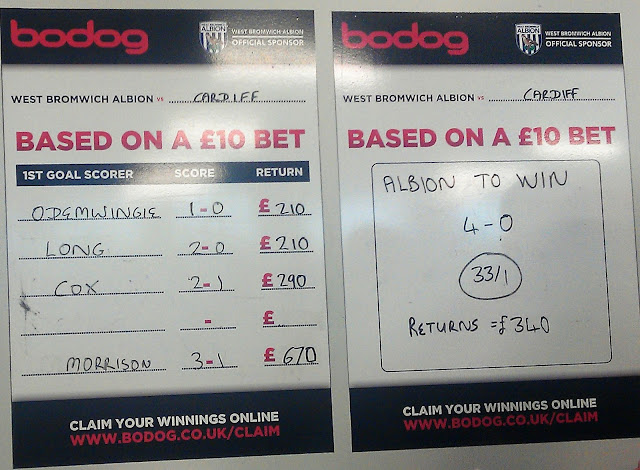 On the day, I woke up at 8 and was out of the house by 8.30. I nipped into town and got a breakfast sub from Subway, as well as a paper and a few drinks for the journey up there. It was a trouble-free journey, and I arrived in Birmingham just before 11am, so 90 minutes on the train was not bad. But a complete change of plan regarding going for a drink. I had had a fair few the previous night, due to the pathetic performance on the pitch of my beloved Wycombe who had lost 6-0 at home to Huddersfield, live on Sky. A few things I did notice about Birmingham was the sheer amount of A) daft haircuts - some of them were more embarrassing than the Wycombe showing last night, believe it or not. B) Religious fanatics, trying to dish out pamphlets and DVD's - both Christian and Islamic. And C) The sheer amount of baguette shops, there must have been about 10 within a couple of minutes walk of each other. And it kept the prices down, with some starting from 50p. And they weren't bad either, I had a Sheekh Kebab one and a Spicy Chicken Tikka one and they were both nice with fresh bread. And the market was huge too. So before long, it was time to get the train to West Brom, which should have cost me £2 return. But I accidentally got on the tram, thinking that that was what I was meant to do. But it cost me another £2 as my ticket was now not valid. I eventually got to the Hawthorns Station at about 1.30, having a look around the club shop before going into the ground. There was some time to kill so I watched the end of the Birmingham v Wolves game, which wasn't up to much. 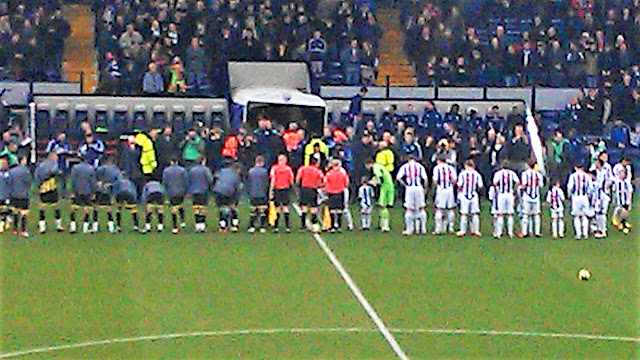 Thankfully, the game of my choosing was a lot better. Both sides featured a lot of changes, Cardiff especially with their League Cup semi-final coming up on Tuesday. Peter Odemwingie gave the hosts early on with a simple finish, despite offside protests by the Cardiff defence. It looked to be a routine win for West Brom on 33 minutes when Simon Cox headed in Nicky Shorey's free kick. But Cardiff had other ideas and they reduced the arrears moments later when Robert Earnshaw tapped in Filip Kiss' cross. The Baggies went into the break ahead but did not heed the warning, for, on 50 minutes, it was all square, Joe Mason's shot going through the Ben Foster's legs. Nicky Shorey's free-kick smashed the bar for West Brom as they sought to regain the lead. Simon Cox eventually did put them ahead with a cracking strike and he completed his hat-trick in the final minute to make it 4-2. After the game, I made a quick exit. I got back to Birmingham with an hour to spare, so had another look around the city. I eventually got back to Wycombe and home by 8.30, having had a good day out. Looking back at this blog seven years on, West Brom is certainly due a revisit as I want to make a better day of it and improve this blog entry.

THE HAWTHORNS has seen extensive refurbishment over the years. I was sat in the East Stand along the side, which is the biggest stand in the ground. The views from here are excellent, with no pillars obstructing your view. Opposite is the Halfords Lane stand, which is smaller. The away fans are located in the Smethwick End, whilst at the other end of the ground is the larger Birmingham Road end. Overall there is a capacity of around 30,000, making it one of the smaller grounds in the Premier League, but still better than some of the larger capacity grounds in terms of atmosphere and view. There isn't a lot around the ground, the nearest pub is about 10 minutes walk away, though there is a rather amusing burger stall nearby that sells Motherf*cker and Daddyf*cker burgers! 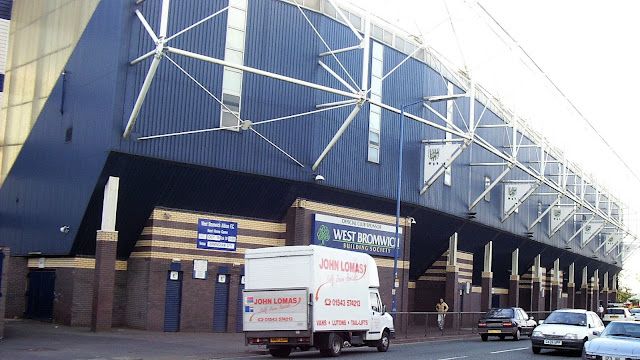 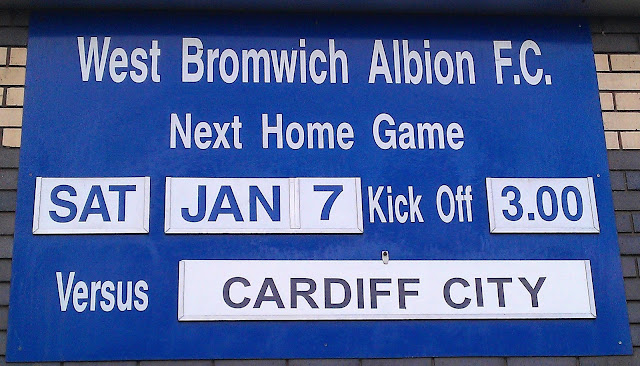 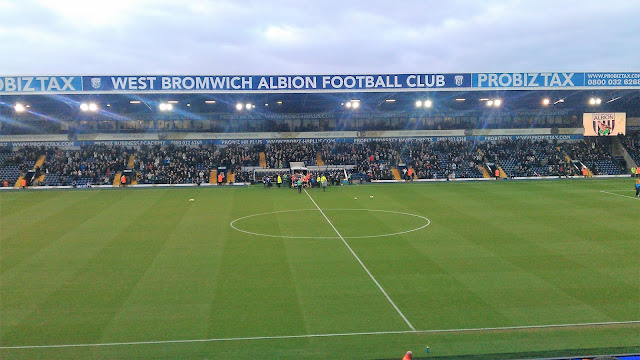 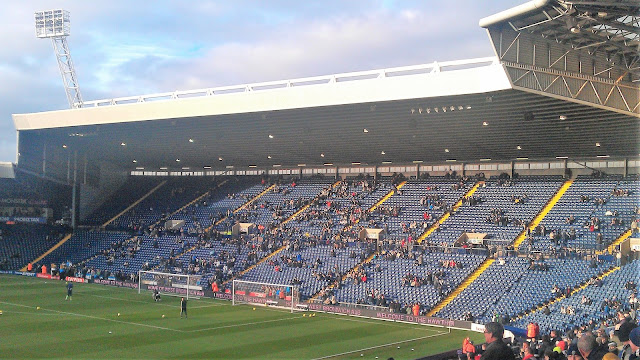