My first match of my "double" on Saturday 30th July 2011 was the friendly between Godalming Town and AFC Wimbledon. I had already picked Havant and Waterlooville v Real Betis as an opportunity not to be missed, but that kicked off at 18:30 and so I could get a 3pm kick-off game done as well. The start to the day was not brilliant. I left home just before 11 and had planned to go to town. But the rain was pelting down, so I gave it a miss and just went to Morrisons instead to get some stuff for the journey. The day didn't get much better, a massive hour delay on the M25 meant I missed out on having a meal in Wetherspoons, though I did get to Godalming with just under an hour before kick off, and so had time for a lovely bottle of Mont St Michel cider which was featured in their cider festival. With not much time to spare, I bought some chicken and fruit at a local shop and headed back to the ground. As AFC Wimbledon had been playing the previous night - against Crawley Town in the league cup - they fielded a reserve team, much like the one earlier at Bedfont, a few Thursday's ago. Notable players were keeper Jack Turner and former Wycombe youth-teamer Duane Campbell. It wasn't a brilliant game but Godalming's 2-1 win provided enough entertainment to justify the £4 entrance fee.

Looking back, this was one of the first grounds that I went to for this blog (as I give it a tidy up in June 2019) and is one I'd like to revisit and do a more comprehensive entry on. 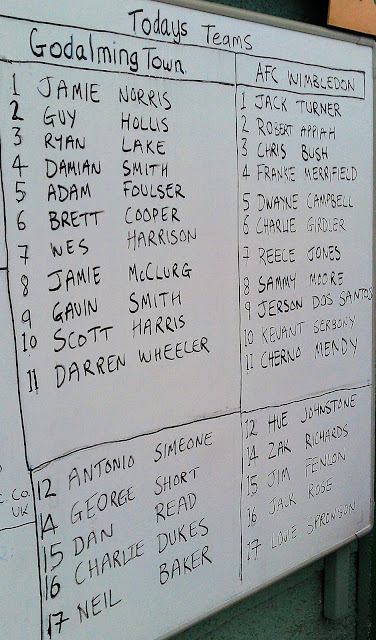 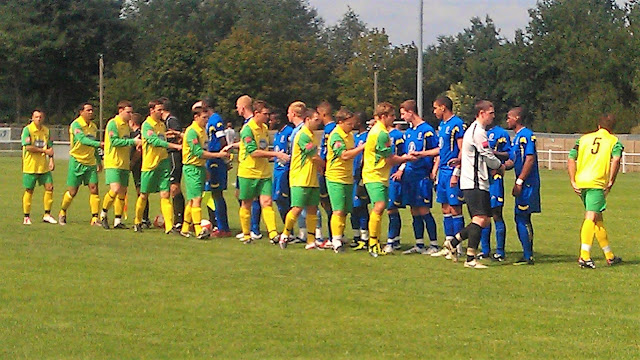 WEY Court is a fairly decent ground. A seated area, approx 200 capacity is supplemented by a covered area behind the goal, holding around 150. The rest is uncovered hard standing. I'd imagine that they'd need to upgrade if they went further up the pyramid, but at the level that they are at, this friendly club has more than enough to satisfy the needs of the ground graders. I can't remember much about the facilities at the ground, but the town was around a mile away from memory. 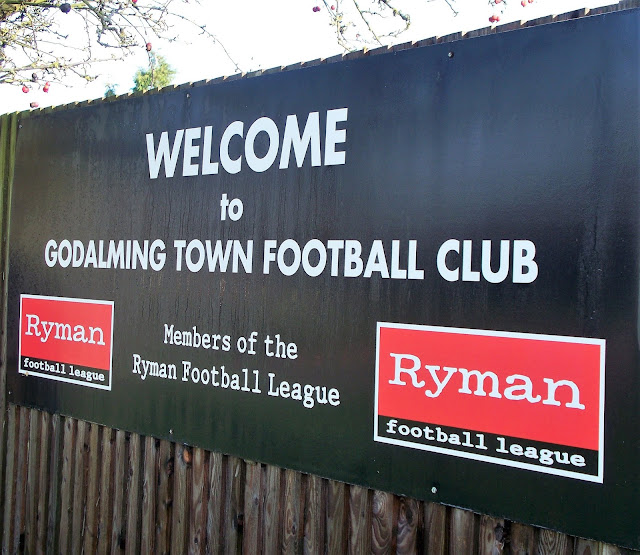 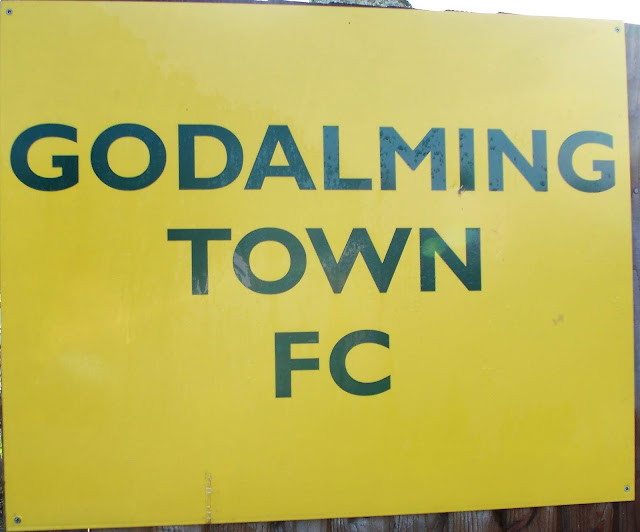 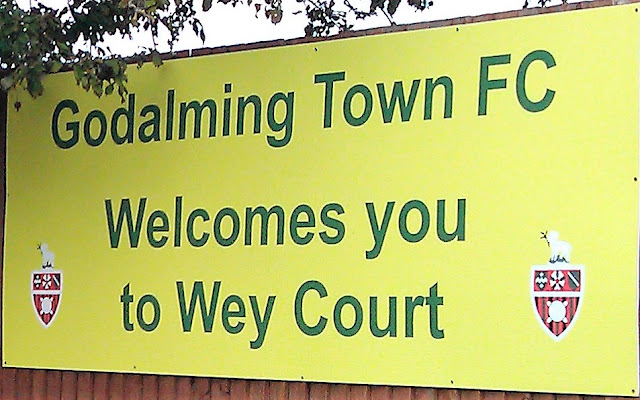 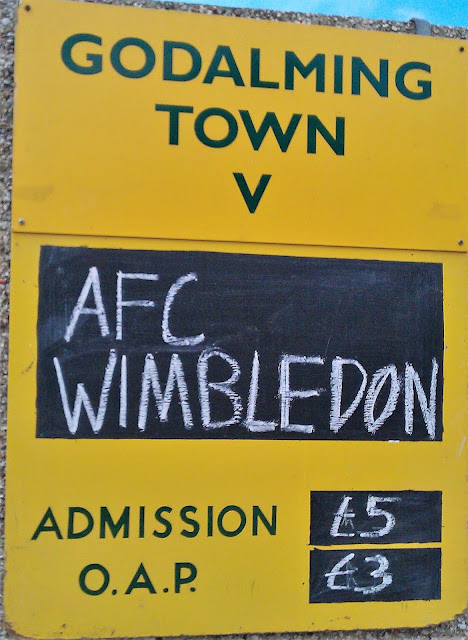 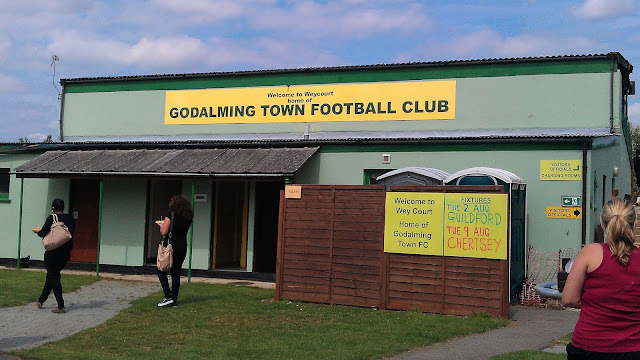 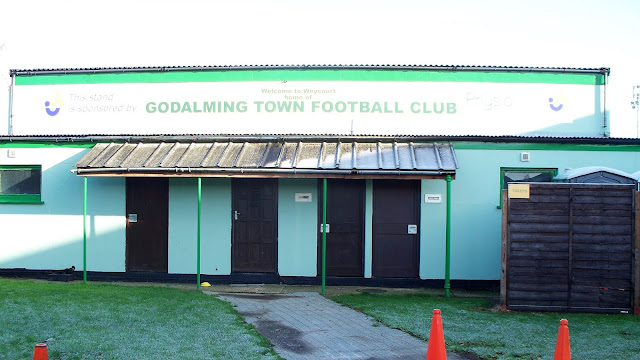 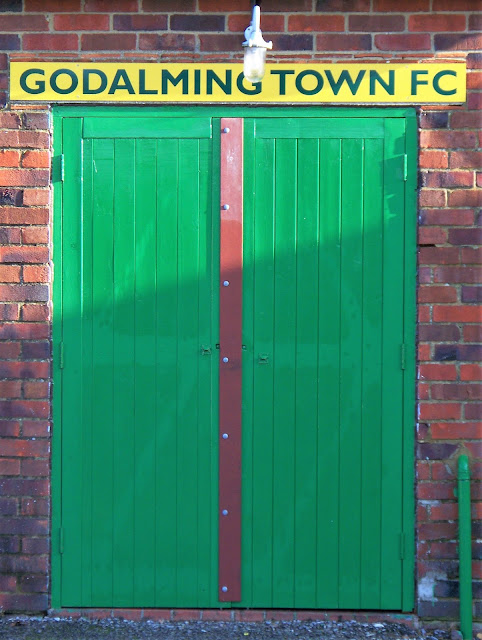 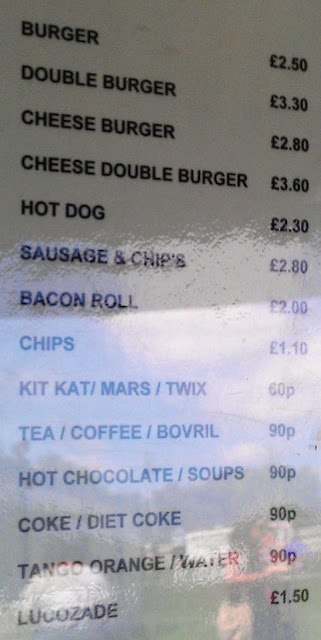 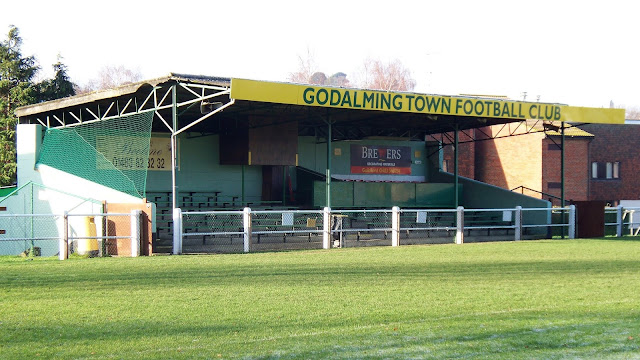 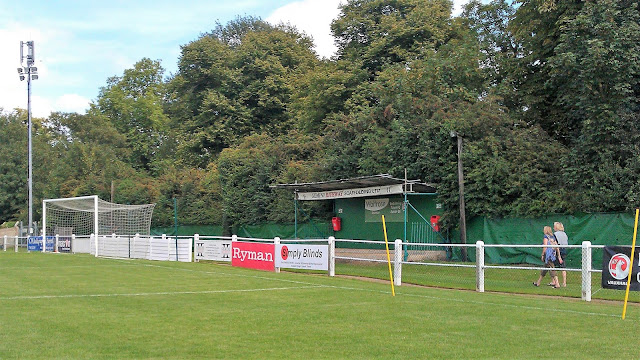 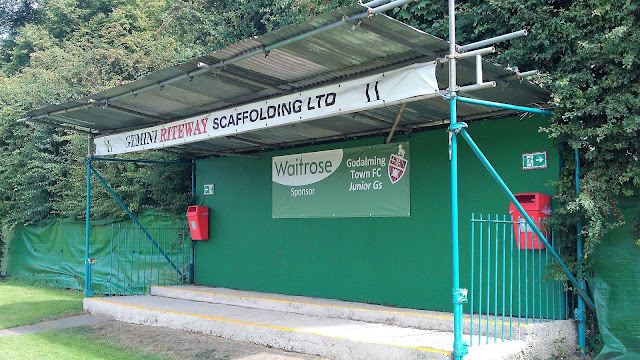 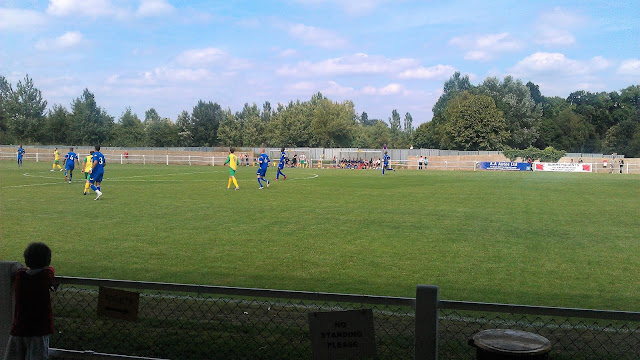 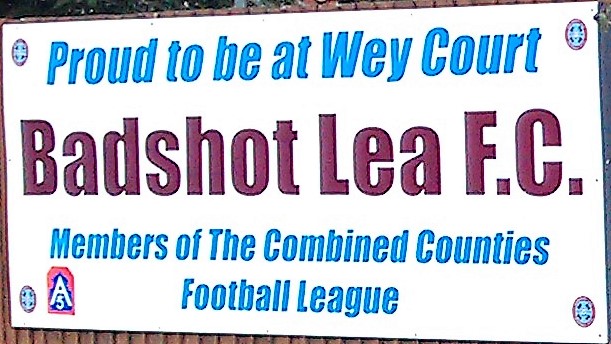 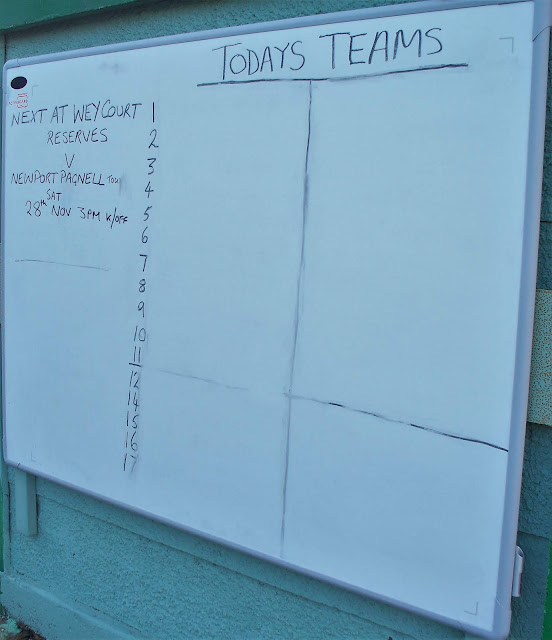 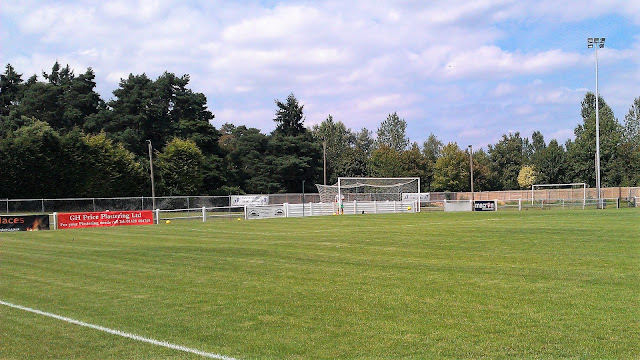