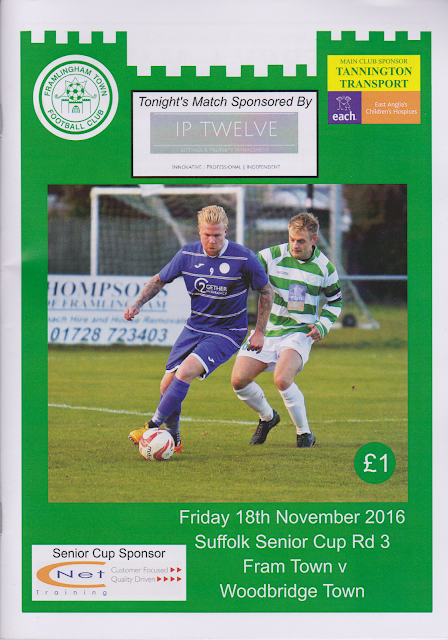 Framlingham Town were formed in 1887 and have spent  pretty much their entire history in local leagues. The Framlingham League, Woodbridge League and Leiston League have all been home at some point, but the bulk of their years have been spent in the higher level Suffolk & Ipswich League. It was from that league that they were promoted at the end of last season and so far they are having a pretty decent season, sitting in 9th place at the time of my visit.

Framlingham have not yet played in the FA Cup due to their league status, but they have competed in the FA Vase. Their debut season of 2010/11 yeilded their only victory when they impressivly won 2-1 at Stowmarket Town before succumbing to a 4-0 defeat against Godmanchester Rovers in the 1st Round. Local cup wins include the Suffolk & Ipswich League Cup in 1990 and 1992, whilst they also got to the final of the Suffolk Senior Cup in 1996 where they lost 3-0 to Grundisburgh. The team's nickname of The Castlemen comes from the famous local landmark, whilst the most well knwn person to come from the town is singer Ed Sheeran who grew up and went to school there. 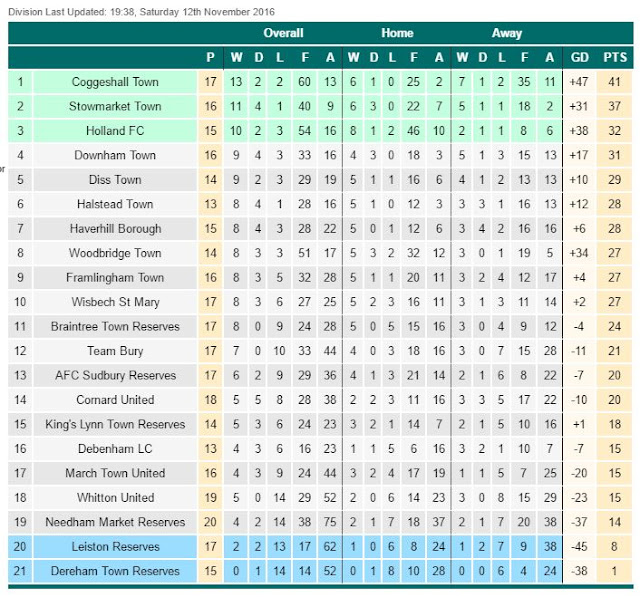 This game was planned a few weeks ago and was spotted by my Halstead and Braintree supporting mate Dan, shortly after we had seen a game at Harwich & Parkeston. It would be a good chance to meet up with some good friends, as fellow Braintree fans Maurice and Josh were able to come too. It would also mean some Friday night football, and looking at the weather a few days before it seemed as if there was no danger of a wasted journey. With less than 15 miles between the 2 clubs it was a real local derby, and being a cup game, in this case the Suffolk Senior Cup, there was the potential for extra-time and penalties. 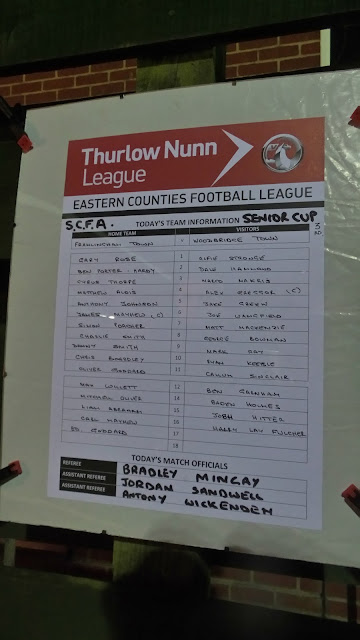 Thankfully work was not too bad on the day of the game, and with me finished at 12.30, it gave me a chance to spend a couple of hours at home and tie up a few loose ends, as well as having lunch. I left at 3.30 and although I encountered slow traffic before I got on the M25, from then on it was fine. I picked the lads up at Braintree and we drove on to Framlingham, getting there at 7. I paid £5 for entry and programme, plus £3 for a pretty decent burger while I waited for the game to start. As it was still 30 minutes until kick off, I went to the bar for a bottle of Bulmers and to warm up. I flicked through the programme, which was an impressive effort, especially given the asking price of £1. 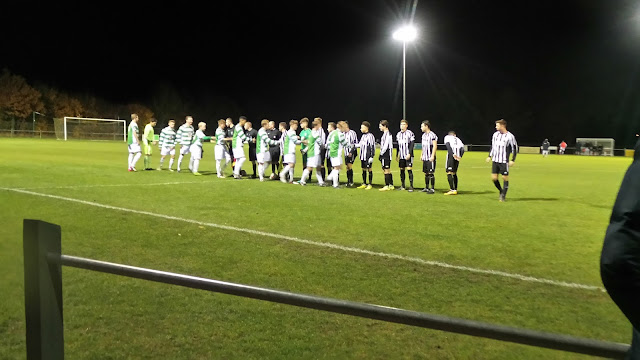 The game ebbed and flowed in its early stages but it was visitors Woodbridge that drew first blood. Lewis Sinclair latched on to a good through ball and finished calmly and confidently to put his side ahead on 22 minutes. Framlingham immediately responded but they couldn't finish a fairly simple chance. Woodbridge continued to have the upper hand and they doubled their lead on 39 minutes as a deflected own goal wrongfooted home keeper Gary Rose. The second half passed off without incident and there were not nearly as many chances in the second half as there were in the first period and the game petered out to an inevitable conclusion. I'd spoken to Eddie, a fellow hopper during the evening as well as other interested on lookers and it was good to have a chat about football. It was around 9.50 when we left and we were just glad to get back into the car and get the heating on as it had been a freezing night. It was an uneventful journey home and after dropping everyone off I got in myself just after half midnight. I had to be up at 7 in the morning and despite being up since 4am that morning, it was well past 2am before I felt tired and eventually went to bed. 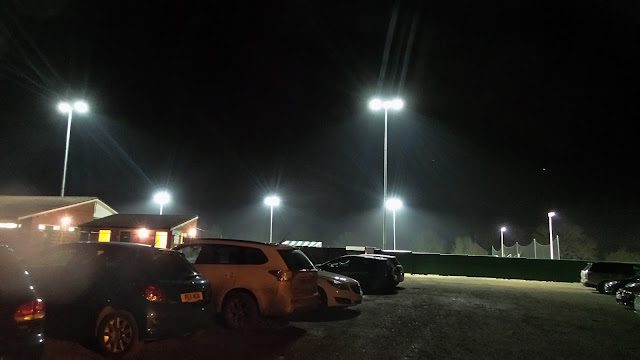 BADINGHAM ROAD is a fairly new addition to step 6, and although it
is fairly basic, it's nice to see that they've not gone down the route of just plonking a metal stand down to get the ground grading. Instead, there was a solid structure already in place, and this comprises of around 100 seats with generous leg room, though the roof supports do occasionally impede your view. The rest of the ground is open flat standing.

Also in the ground is a couple of tea bars - one serving drinks and snacks, the other serving burgers, hot dogs and bacon rolls. The quality was decent from what I tried, though there are a number of places in the town, a mile away, if you want something more substantial. The same could be said if the basic bar, which does it's job and is a warm haven on a cold night. The programme is an excellent effort, smartly produced with facts and figures, plus some bits to read, and available at the bargain price of £1. Entry is also excellent value at £4, and you will be guaranteed a friendly welcome. 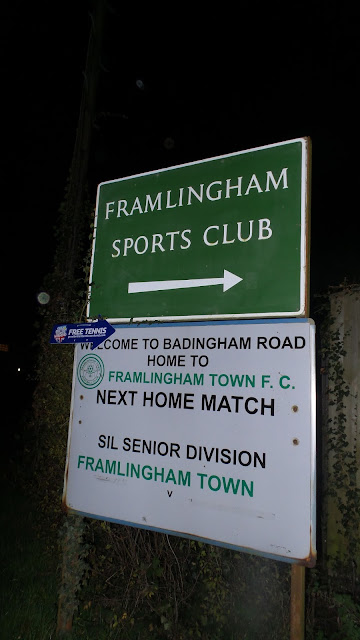 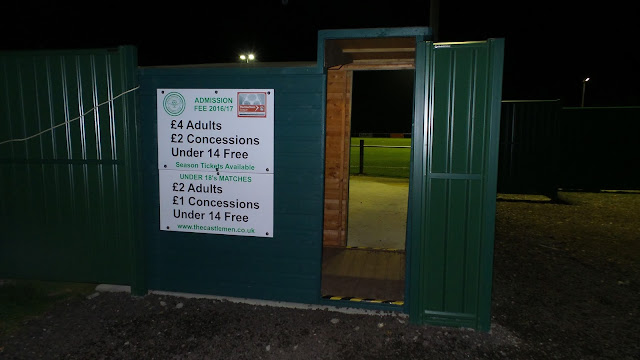 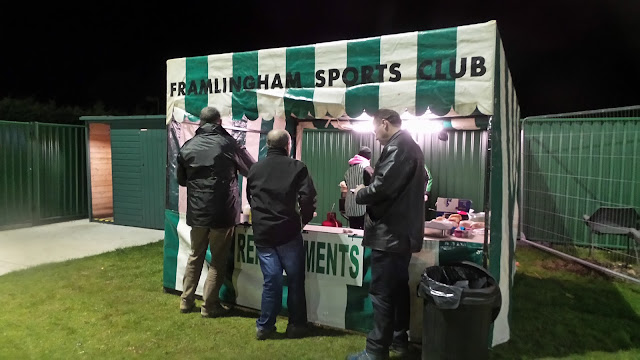 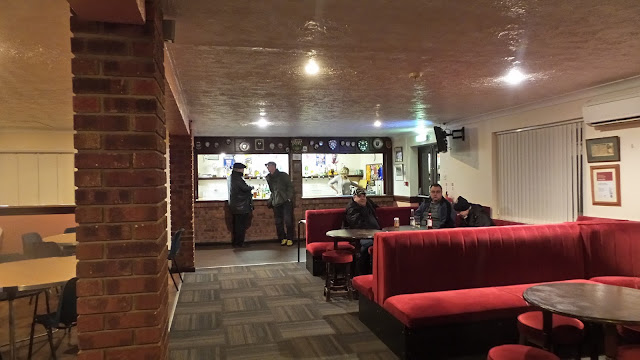 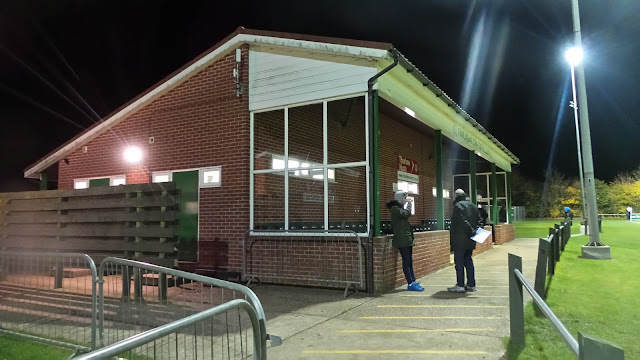 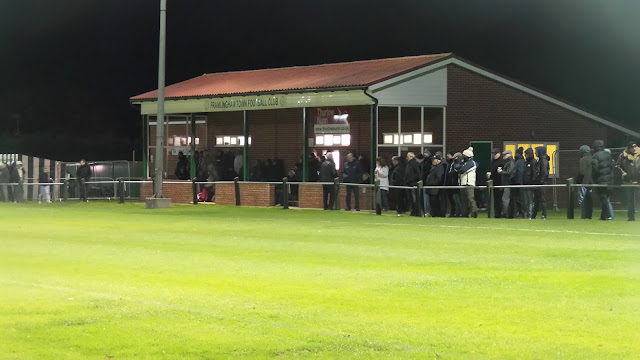 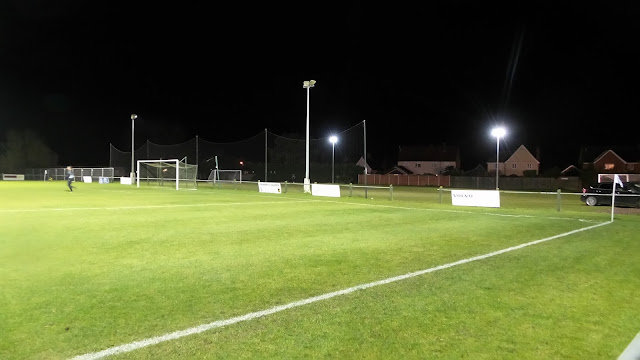 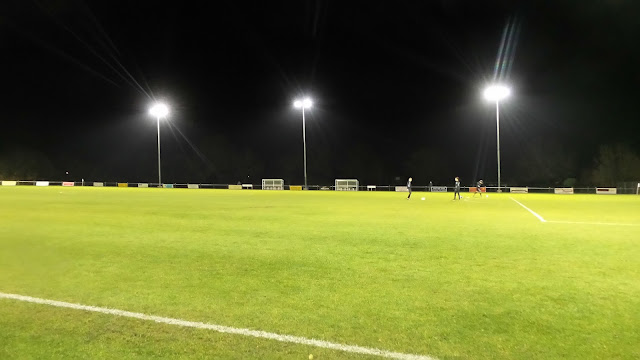 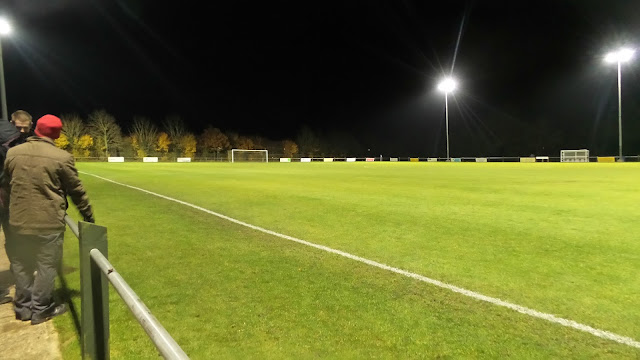 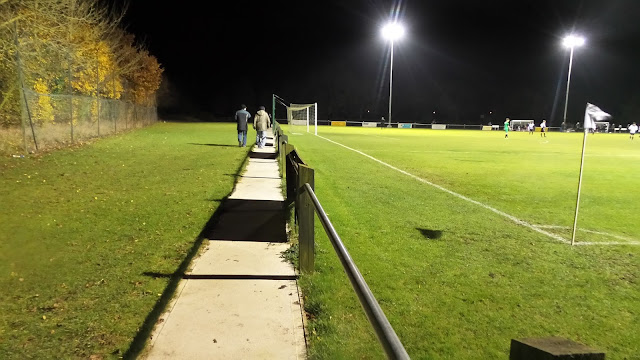