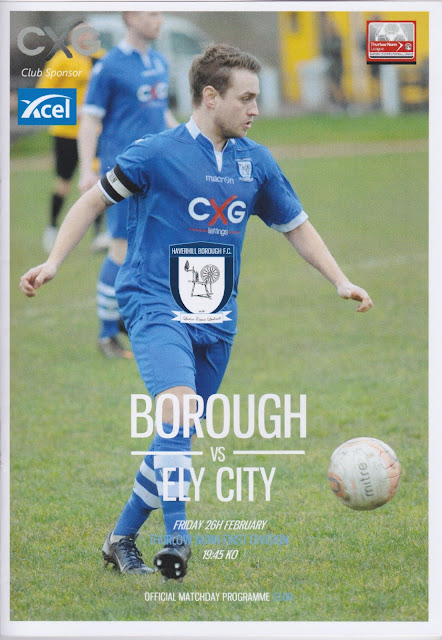 HAVERHILL BOROUGH FC was formed in 2011, making them one of the youngest teams in football. Originally called HAVERHILL SPORTS ASSOCIATION they started out in the Essex & Suffolk Border League. Great success was had here with a double promotion to elevate themselves to the Eastern Counties D1 for the 2013/14 season. Following their promotion, they changed their name to its present one and have made a solid start to life at a higher level, finishing 4th and 6th in their first 2 seasons. This season has seen a slight drop in form, with them sitting 8th at the start of the game.

In the FA Cup, their debut season of 2014/15 has seen their best progress so far. Barking and Whitton United were defeated before a 1st Qualifying Round defeat to Leiston. Similarly, it was when making their bow in the FA Vase that they made the furthest progress. That season of 2012/13 saw them defeat Norwich United, Ipswich Wanderers and Dereham Town before a rollercoaster 4-3 defeat to Peacehaven & Telscombe in the 3rd Round. 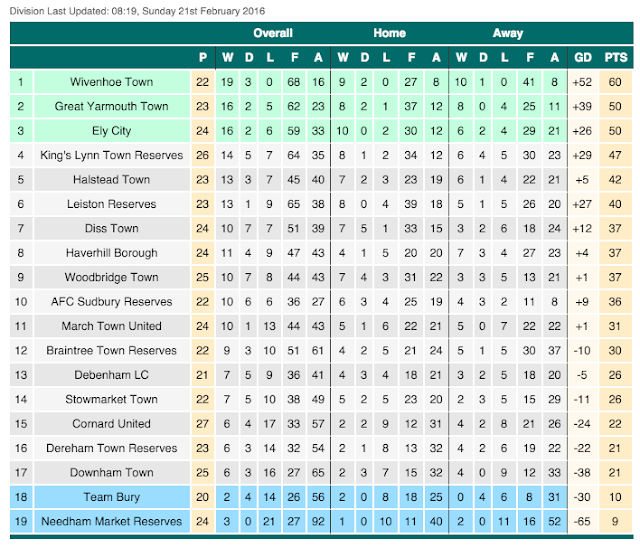 As usual, I was hoping for a dose of Friday night football, but this time it was not without it's complications. On the way back from my last groundhop at Ollerton, I had hit a fox on the A46 at 70MPH on the way home. I've no idea what the Basil Brush wannabe was doing in the middle of a dual carriageway, but I'm pretty certain it met its maker, given that a whole corner of my car completely disintegrated. I initially thought the damage was not so bad and was considering trying to get it repaired myself. But then I discovered that there was internal damage also - most notably that the windscreen washer container had been rubbing against the tyre and was now empty as it had a hole in it. I'd pretty much restricted the car to essential use only as I needed it to get to work, but credit to my insurer Aviva. They were first class in getting the situation sorted ASAP, picking it up the day after I reported it. The only fly in the ointment was that it would be between 1 and 5 and if it was towards the latter end of that timeframe it might be tight to make it through the rush hour traffic. Friday was a busy day at work, even so I was out by 12PM as I needed to get home to wait for them to pick my car up. This came around 3pm, and I was now the temporary proud owner of a Vauxhall Corsa. It didn't drive as well as my Renault Megane, nor did it have the built in sat nav but it did have DAB Radio, meaning Absolute 80's would be keeping me company for most of the time I was in the car. I had around 10 minutes to get my stuff together before I left to meet Anwar, who was accompanying me on my latest groundhop. I got to Aylesbury just after 4 and surprisingly the M25 was little hassle and we were at the ground by 6. 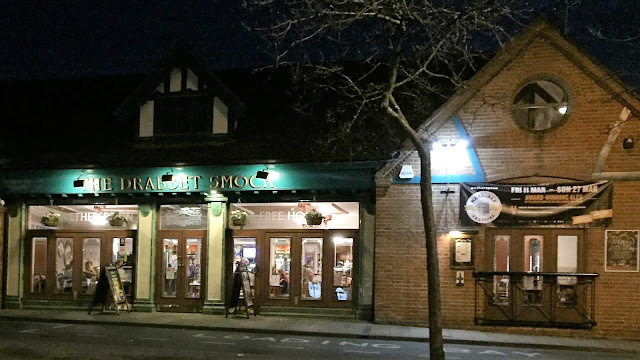 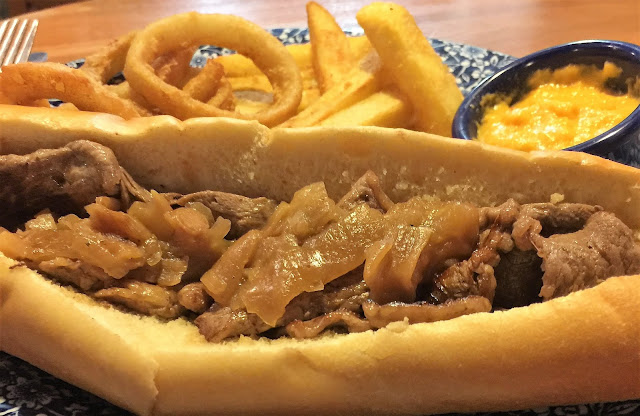 It was a 20-minute walk into town to the local Wetherspoons. The Dabbet Smock was my 61st in the chain and was well above average. A Philly cheese steak roll with chips & onion rings, a pint of my favourite cider Black Dragon and great service were the highlights. By 6.45 I was all done and walked back to the ground, getting in at 7.05. After paying £5 entry plus £1 for a programme, we made our way into the ground. I got some chips for £1.50 before settling down to watch the game between the dugouts. Ely opened the scoring on 10 minutes with a low shot from the edge of the area. It was 2-0 on 20 minutes as a good through ball was headed over the keeper and into the net. It was pretty much one-way traffic and at half time we went into the bar to warm up. There wasn't too much action in the second half if anything Ely were looking to add to their haul. We left at 9.40, stopping at the local Tesco on the way to get a drink for the journey home. I had a 15-mile detour after missing the turnoff for the M25 but even so, I was back home around 12.15 after dropping Anwar off. 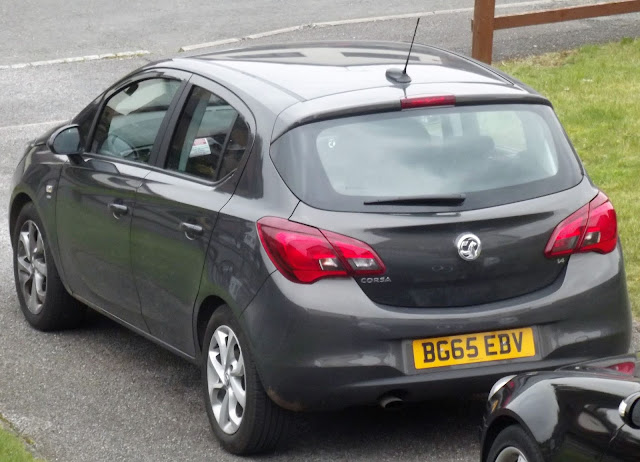 THE NEW CROFT is a modern ground, built around the time of Haverhill Borough’s foundation. It’s also home to Haverhill Rovers FC, a team who play in the Eastern Counties Premier and are the town’s original club. There are 2 areas - a seated stand and a covered metal terrace, both holding around 150 each. The rest is open hard standing. There is a bar at the ground that does a standard range of drinks and the tea bar has a reasonable choice too. For a better choice, the town is a 20-minute walk away and has a good Wetherspoons, plus a number of other pubs & takeaways. 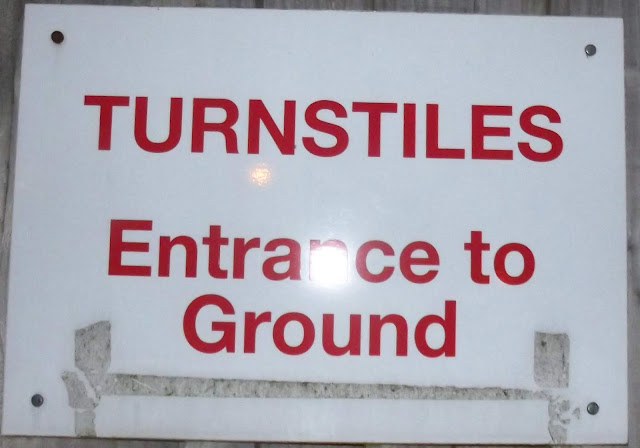 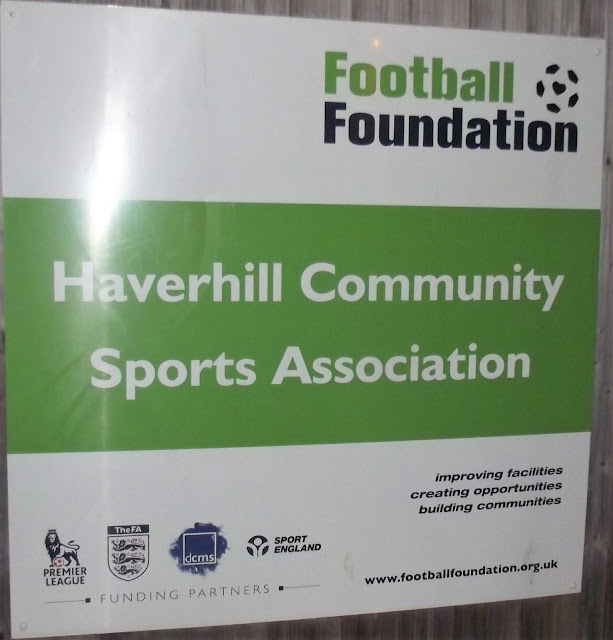 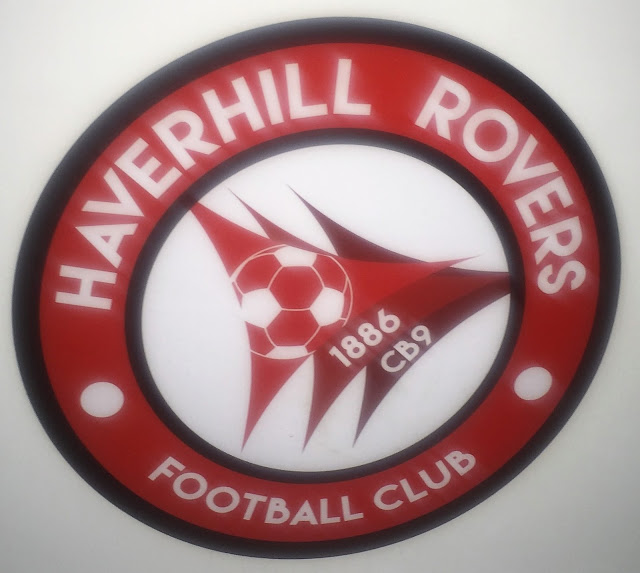 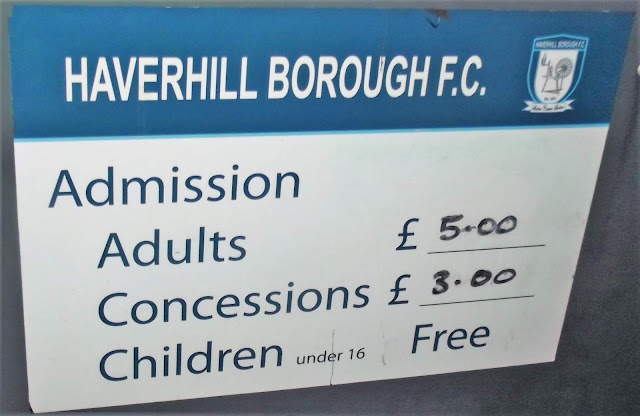 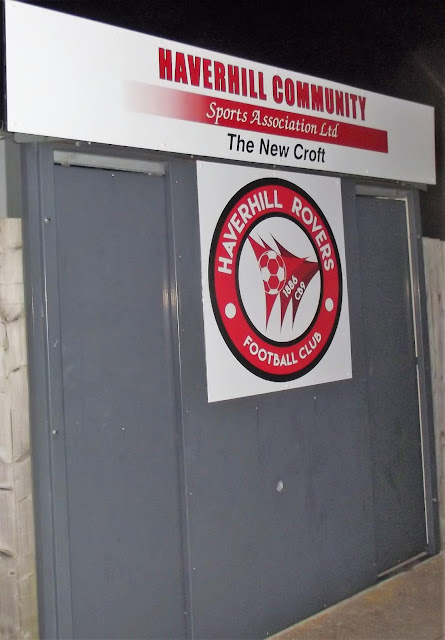 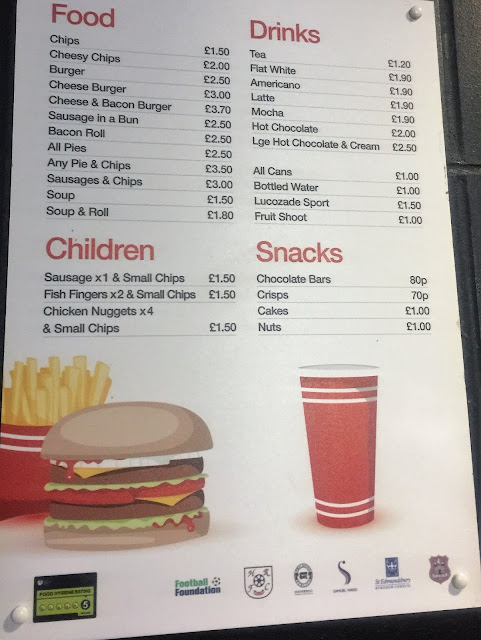 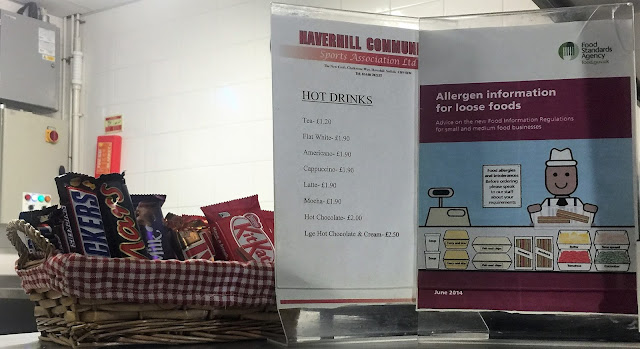 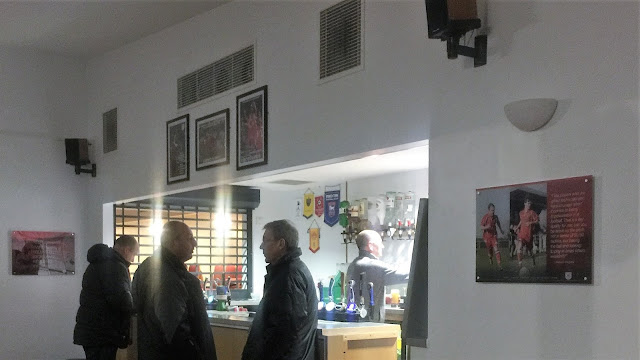 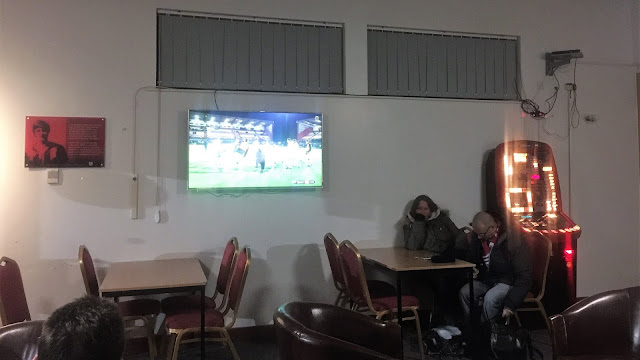 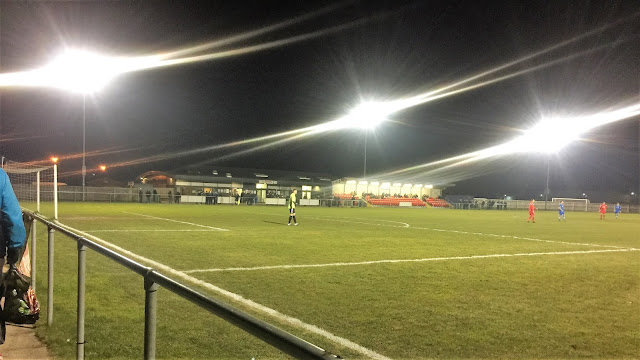 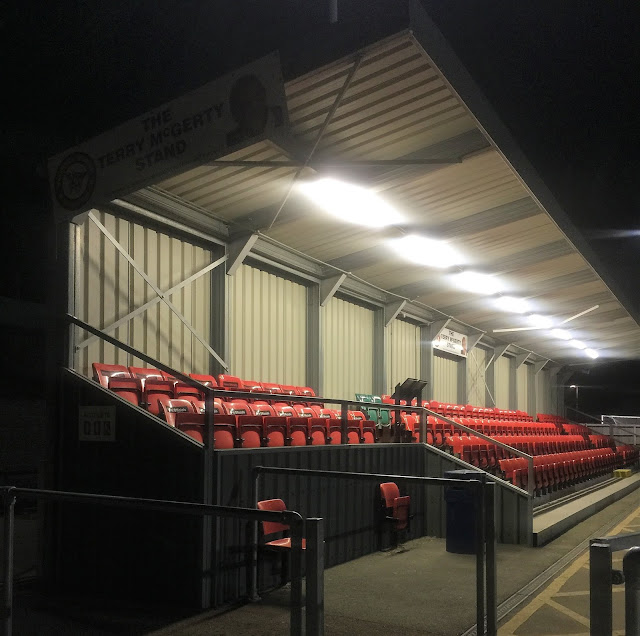 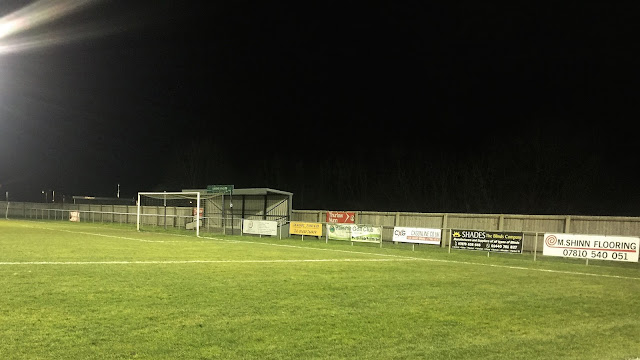 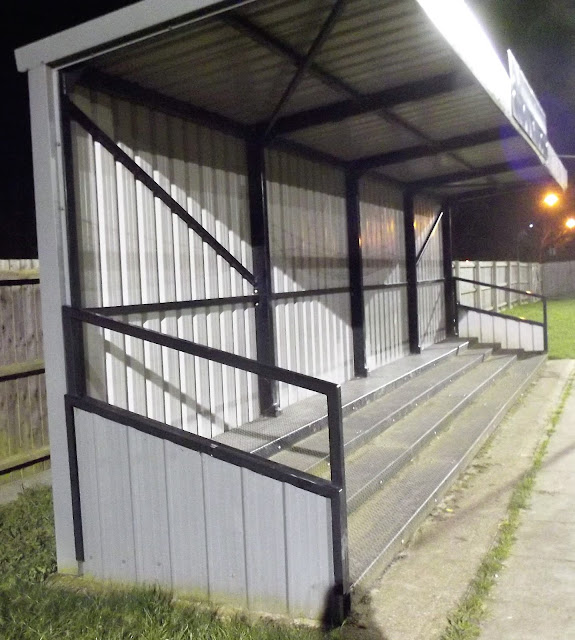 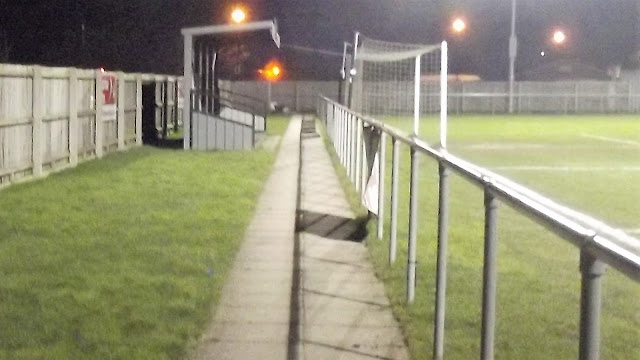 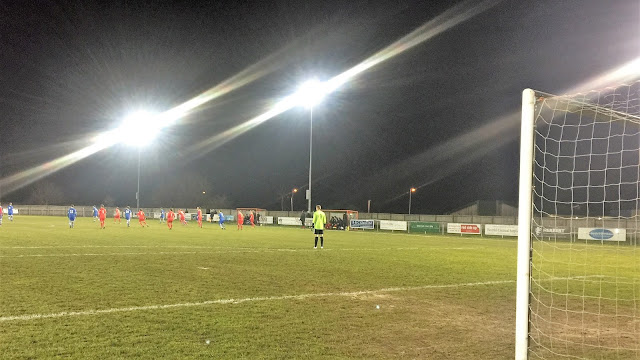 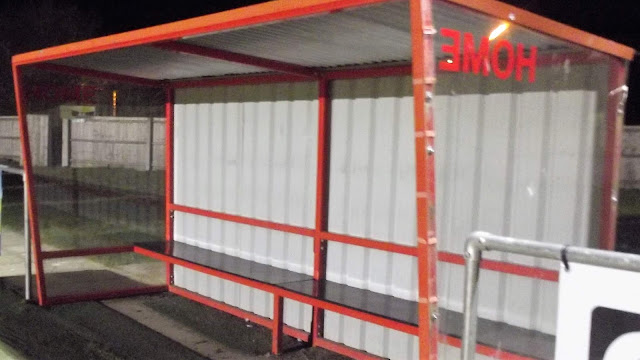 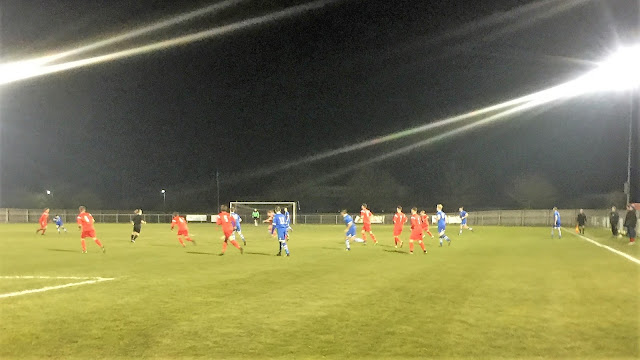