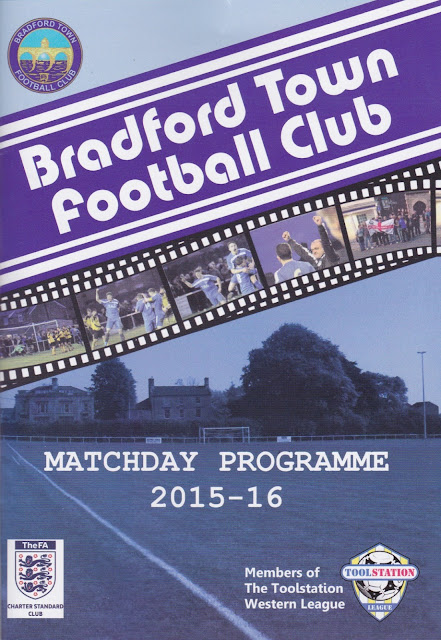 BRADFORD TOWN was FC established in 1992 in an attempt to bring senior football to the town. They groundshared at Trowbridge Town for the first two years of their history and played in the Wiltshire League up until 2005 when they won promotion to the Western League. Starting at Division 1 level, they gradually improved season on season and in 2014 they won the league and were promoted to the Premier Division. An excellent 8th placed finish in their first season represented decent progress. This season had seen a slow start due to cup distractions and saw them in 19th place at the start of the game.

In the FA Cup, the club has at least equalled their best ever progress in the FA Cup as they reached the FA Cup 1st Qualifying Round last season. That year Wooton Bassett Town and Moneyfields were their victims before they lost 4-0 to Poole Town. This season had seen them have 2 victories at home, firstly over United Services Portsmouth in the Extra Preliminary where they won 2-0 before a 6-3 win over Christchurch set up last Saturday's clash. Last season saw their best ever in the FA Vase when they reached the 5th round before losing to Highworth Town. 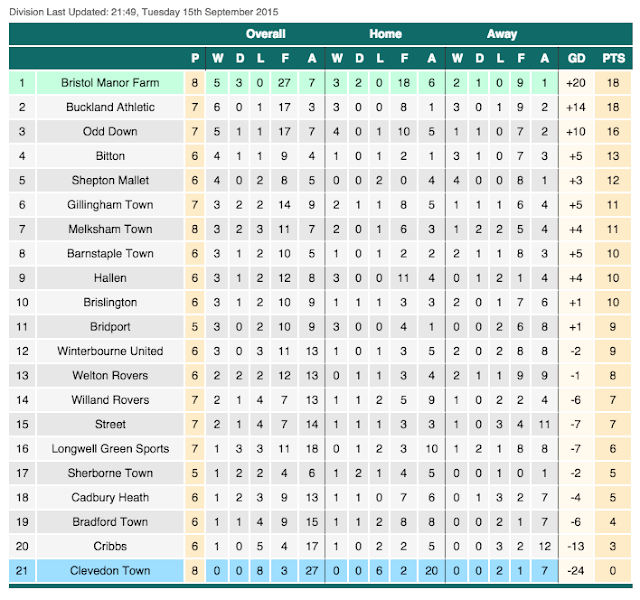 It was the third of my 3 FA Cup replays on my week off work and with it being Wednesday my choices were severely restricted. There were 3 possible options for a groundhop, and with Whitby Town and Guisborough being over 500 mile round trips, financially they were out of the question. A much more reasonable journey, clocking in at around 200 miles was Bradford Town v Hungerford Town. The 2 sides had played at Bulpit Lane on Saturday, with the game ending in a 1-1 draw. On the day of the game, I was a bit concerned about the weather as I didn't want a wasted journey. So I tweeted the club to ask if there was going to be a pitch inspection. They were very helpful but were confident it would go ahead. I spent the day at home relaxing and catching up on TV and the internet. Due to the rain, I decided to delay my departure until around 4.15 and hoped that the traffic would not be too bad. 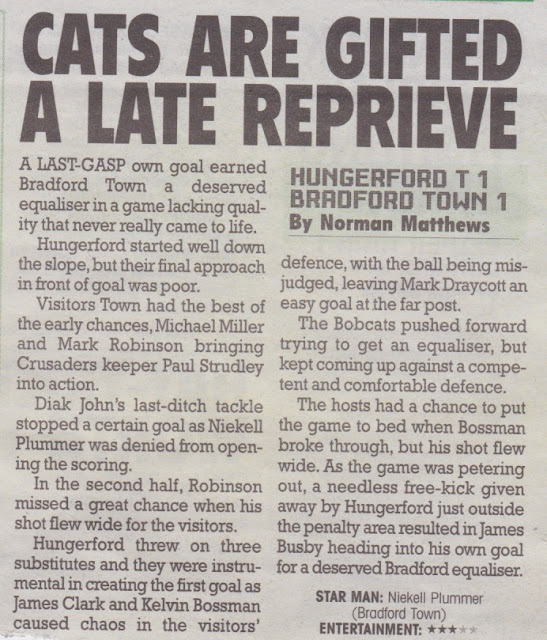 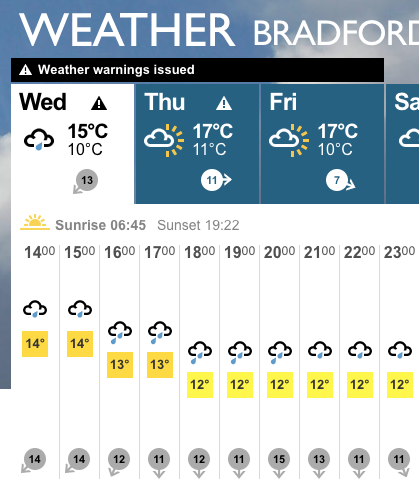 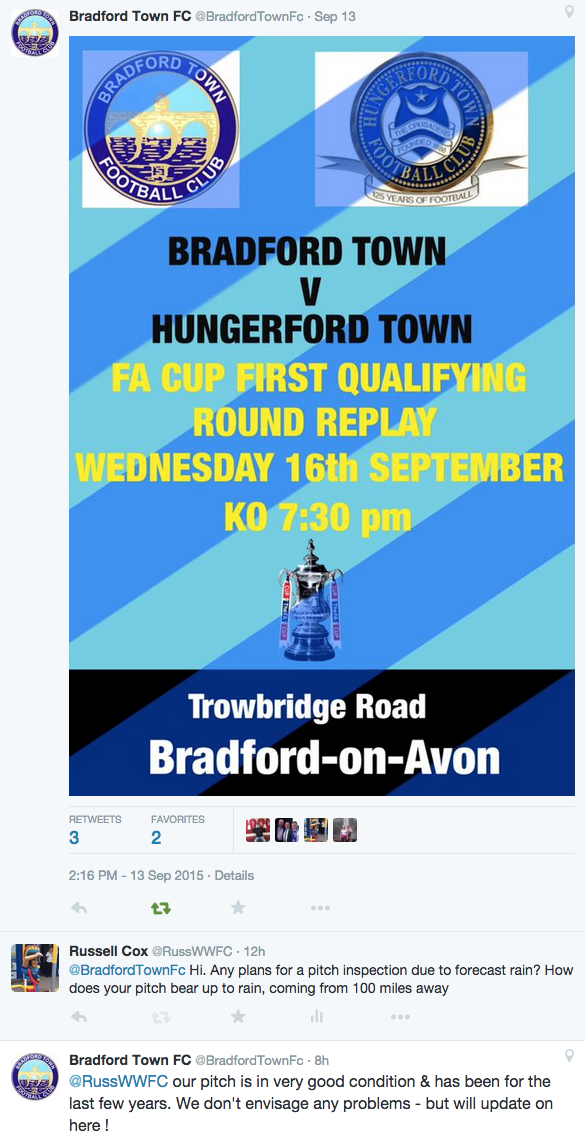 I had a tricky time getting through Wycombe thanks to heavy traffic but as soon as I got on the A404 and M4 things started to speed up. I kept using Siri (a voice recognition app) on my iPhone to check Twitter and although it took a few goes to get right sometimes I was able to keep up to date with pitch news. I listened to BBC Radio Wiltshire to see if they mentioned the game but the only thing they mentioned was Swindon Town who weren't even playing. Having enjoyed my time at Swindon Supermarine I'd argue that they are not even the best team in Swindon, let alone Wiltshire. I did learn that Chippenham was the birthplace of new Labour leader Jeremy Corbyn though and it was there where I stopped at Sainsbury's as I needed the toilet. I also got some chicken and some grapes for dinner. I was pleased to see confirmation that the game was on via Twitter and so I made my way to the getting there at 6.55. I paid a bargain £5 including programme and had myself a can of Natch cider in the bar while I waited for the game to start. I got myself a hot dog too, again great value at £1. 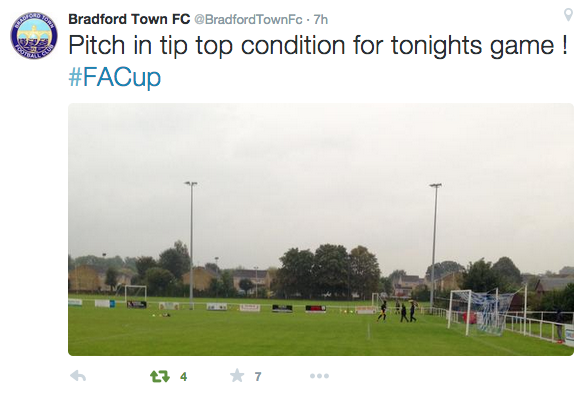 It was a real end to end game but clear cut chances were fairly rare. Hungerford did have the ball in the net around the 20-minute mark but it was ruled offside. 5 minutes later the visitors went down to 10 men and Bradford were awarded a penalty. The number 7's shot was saved by the keeper but it was followed in to put them 1-0 up. Minutes later they missed the chance to get a second as a rocket of a shot smashed the inside left upright and defected clear. Hungerford started to press but the score was still 1-0 at the break. For some reason, the tannoy played Ricky Martin's 'Livin La Vida Loca' for the entirety of the half time break, whilst a drenched and unenthusiastic looking teenager walked around the pitch with a board showing the winning raffle numbers. Again chances came and went and Bradford were unlucky not to double their lead when they had a shot tipped round the post after  64 minutes. Hungerford had chances of their own, on 82 minutes the home keeper saved smartly with his feet to keep his side ahead. It turned out to be a pivotal point as on 87 minutes the Bradford Town victory was all but confirmed. Good work and a low cross on the right allowed the number 14 to tap home an easy chance to seal the victory and a notable giant-killing.


It had been a good game, and I was really pleased with the 3 games I had chosen on my FA Cup adventure this week. Bradford Town would now face Chippenham Town in the next round, a 2 division gap just like tonight. It will be a real local derby with around 10 miles separating the 2 towns. From what I saw tonight, and also last Friday night in the Frome v Chippenham game, I reckon they have a chance. I had a decent drive home and was back in by 11.15, watching TV and going online before going to sleep around 1am. 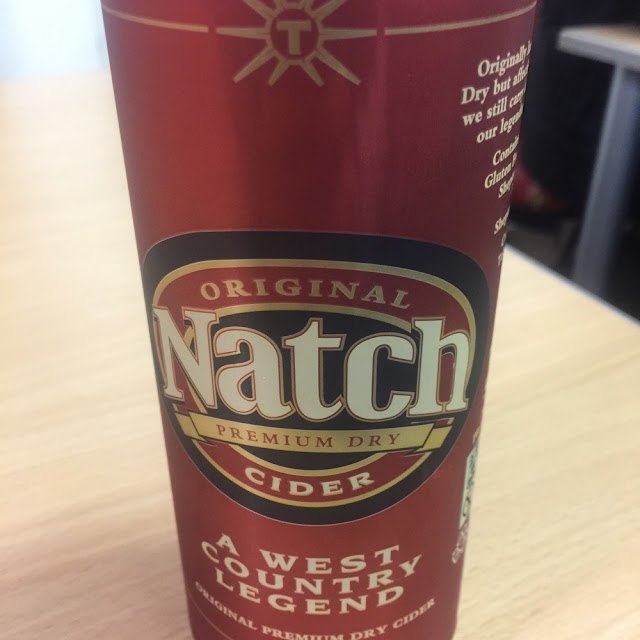 BRADFORD-ON-AVON SPORTS AND SOCIAL CLUB is a typical step 5 ground. Both the seating area (around 100 seats) and covered standing (around 200) are on one side of the pitch in the corner. The rest of the ground is open standing. There was an excellent good value tea bar with simple and tasty food, and a bar attached to the bowls club which did mainly cans. There are lots of pubs and other establishments nearby if you have more time. Overall I had a great value night out at a really nice club who are well worth a visit. 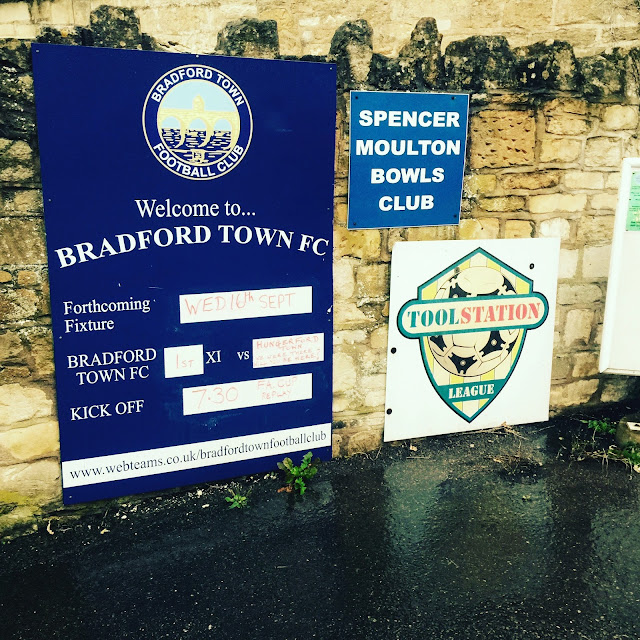 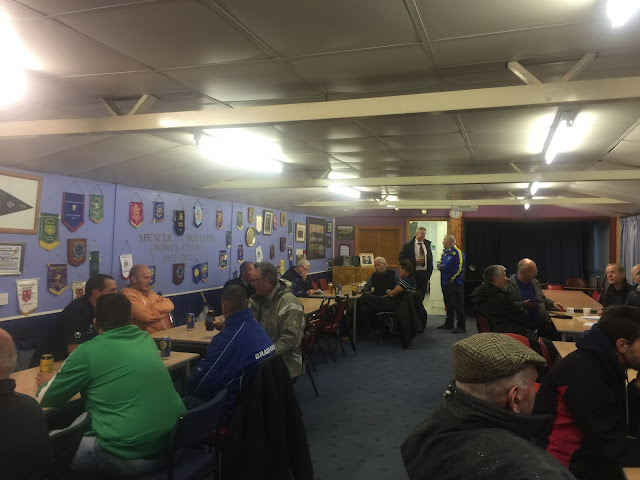 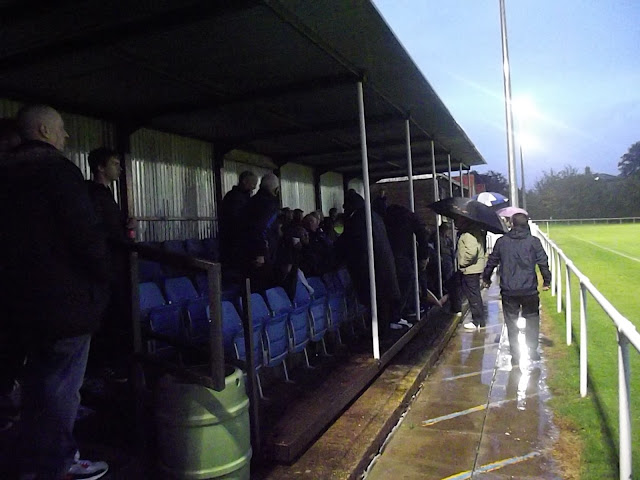 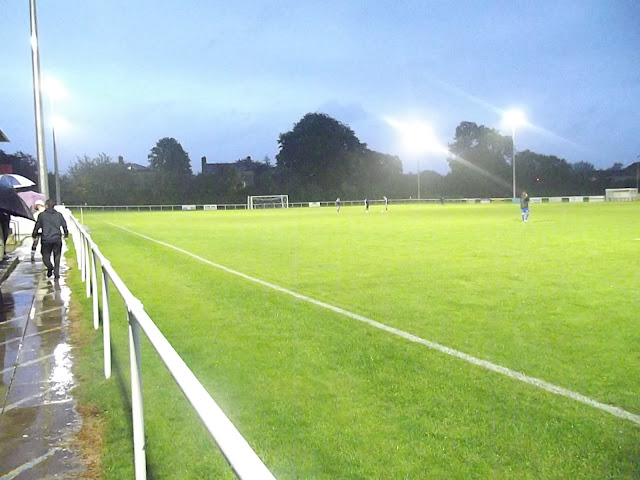 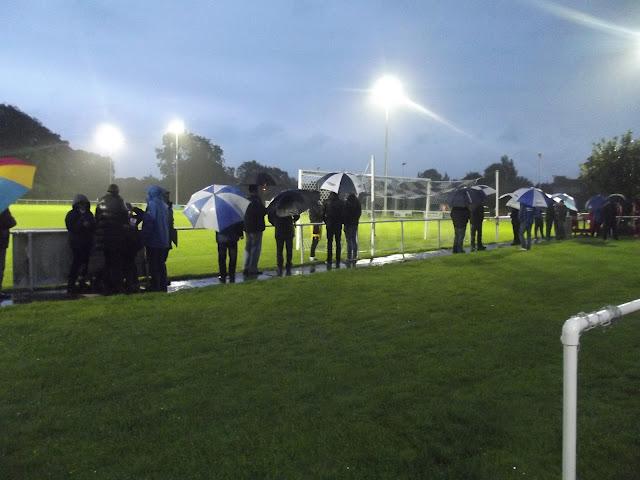 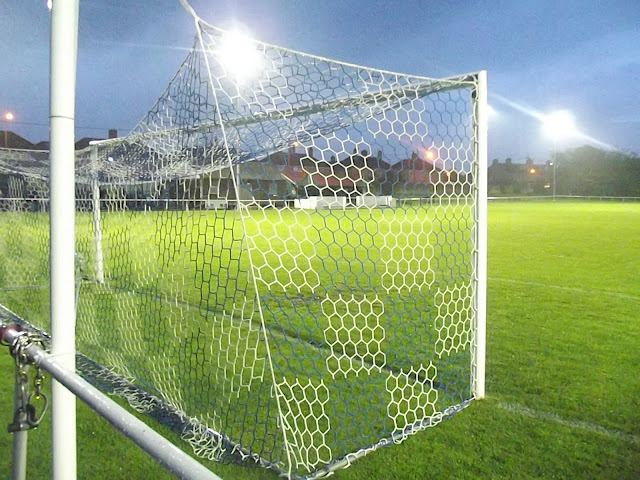 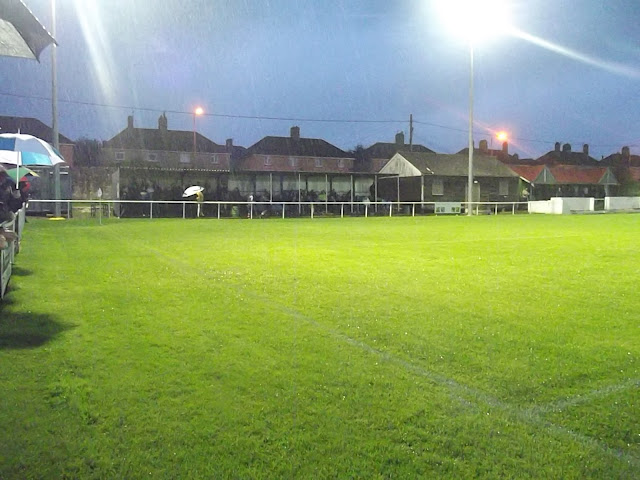 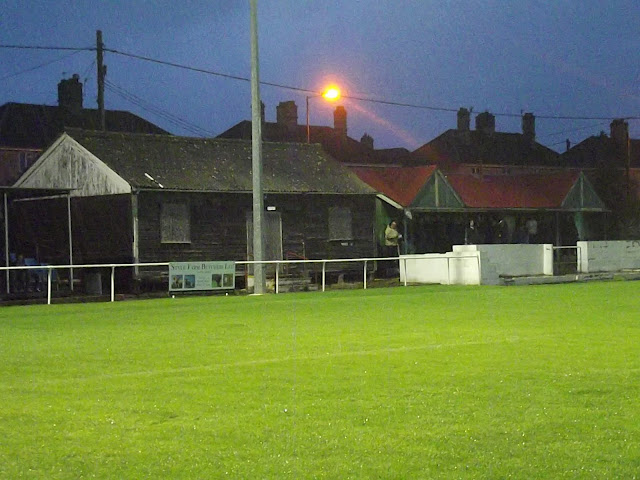 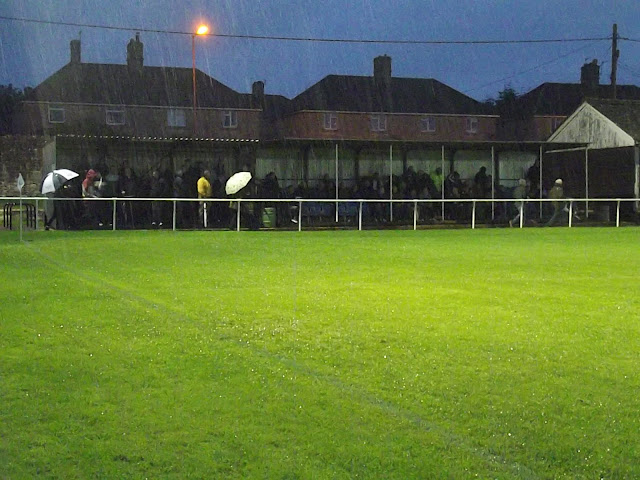 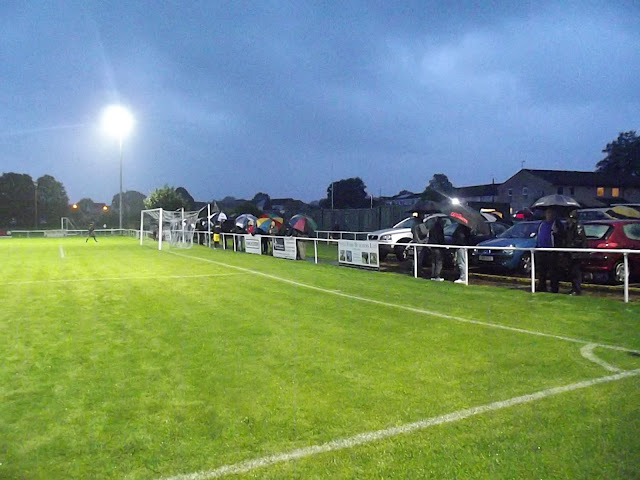